Whoa! It has been over two weeks since my last post.  Got behind and then Mary and Mike Hartt visited with us for a week, so I have not had much computer time.  I downloaded pictures of Quinta Mazatlan from the first time we visited there, but never finished the post or got it published.  Since then we returned to this magnificent setting with the Hartts, so I have more pictures to add to my original set.

Quinta Mazatlan was built in 1935 by Jason Chilton Matthews, a writer and world traveler, who is reported to have served with Lawrence of Arabia in Lebanon's war of Independence from the Turks.  He and his wife lived in the house for 30 years.

The second owners were Frank and Marilyn Schultz, who purchased the estate in 1968, and lived there until 1998, when Quinta Mazatlan was put up for auction.  At that time Mission was growing rapidly and with the location near the airport, developers wanted to demolish the house and sell the land for business.  The City of Mission had the foresight to purchase this unique property, and after renovations, open it to the public as one of the nine World Birding Centers.

Since that purchase, the city has expanded the grounds and reestablished native habitat, as well as adding an extensive collection of sculptures. 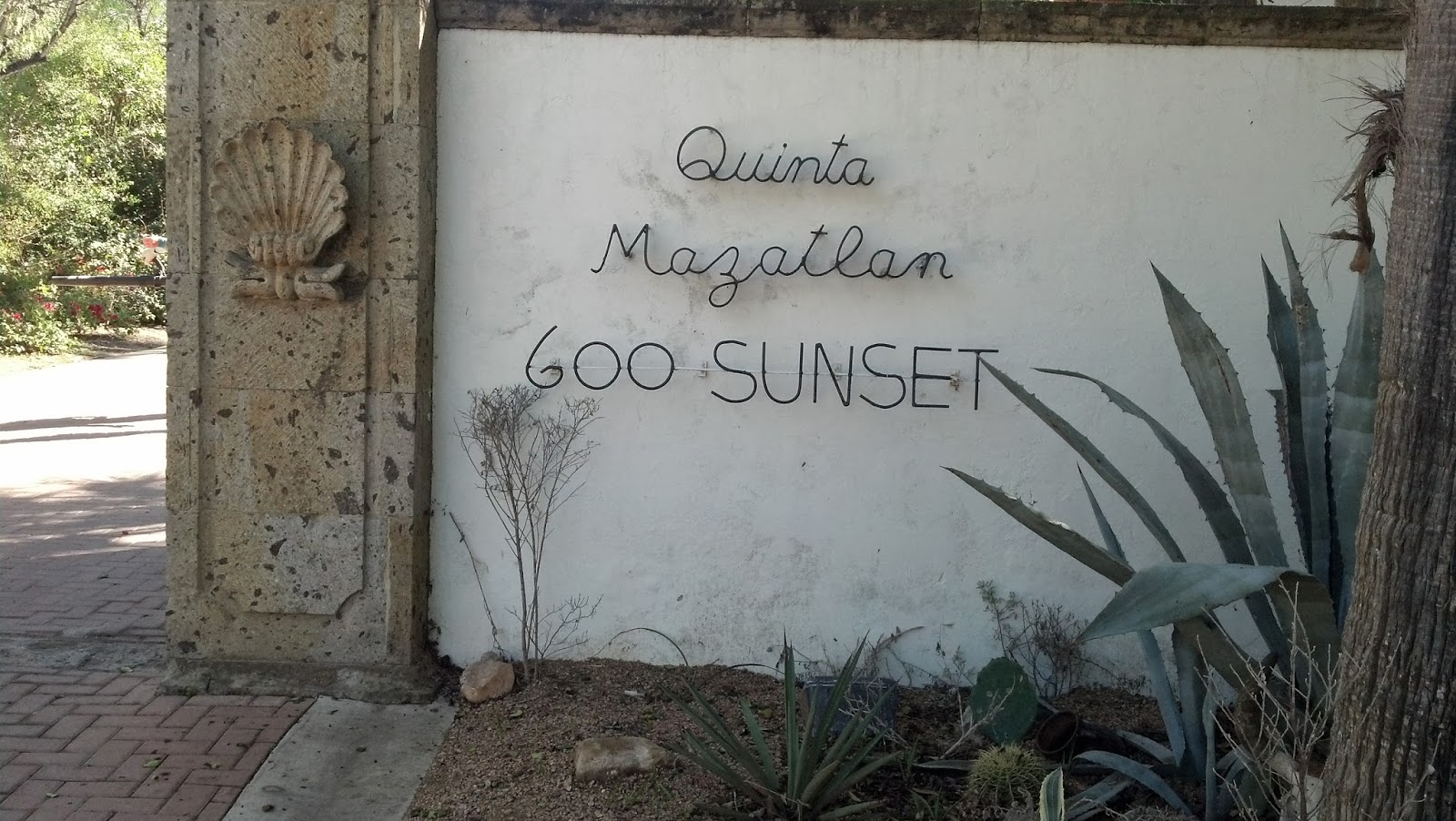 Entrance gate and walkway to the house 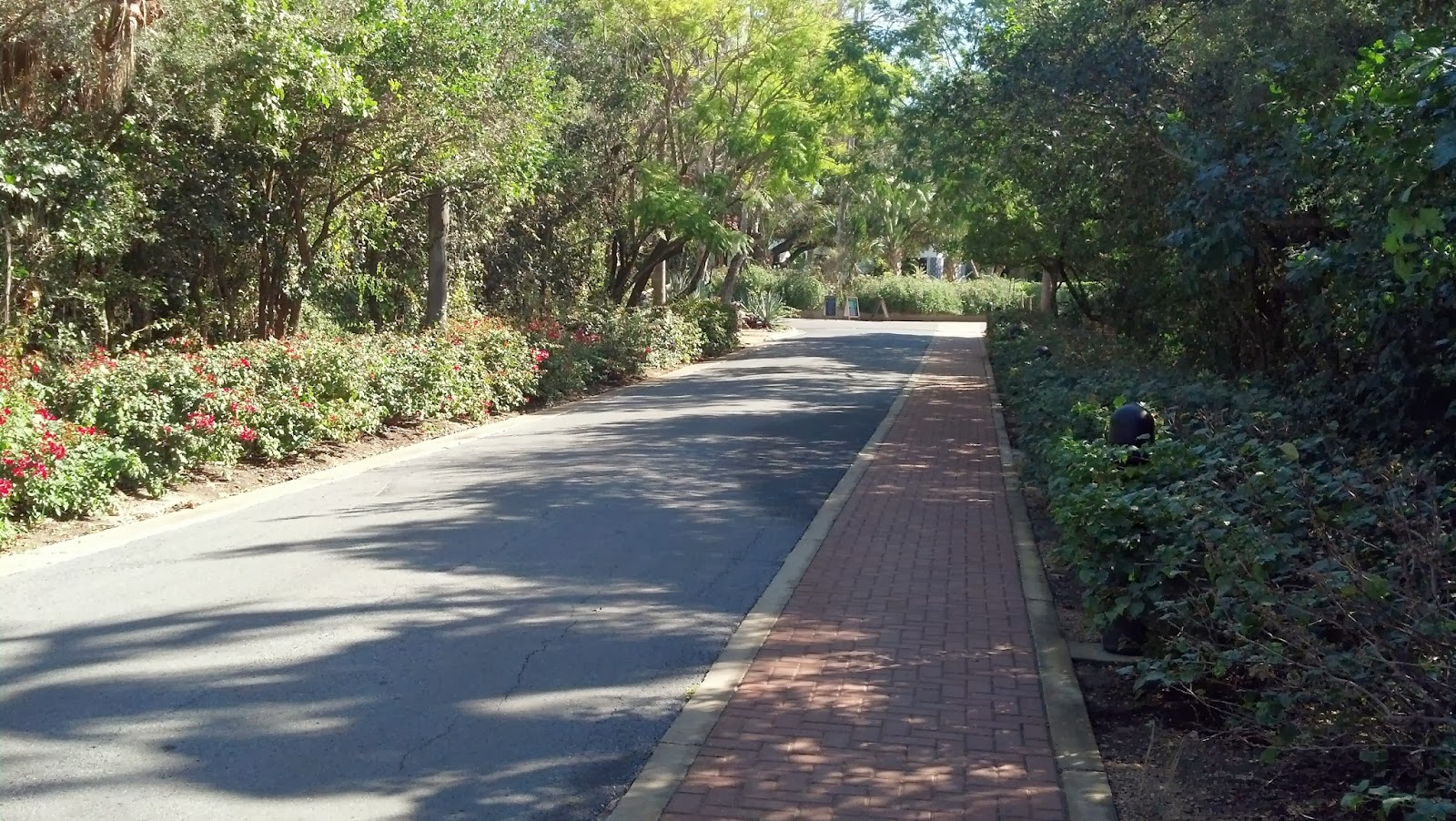 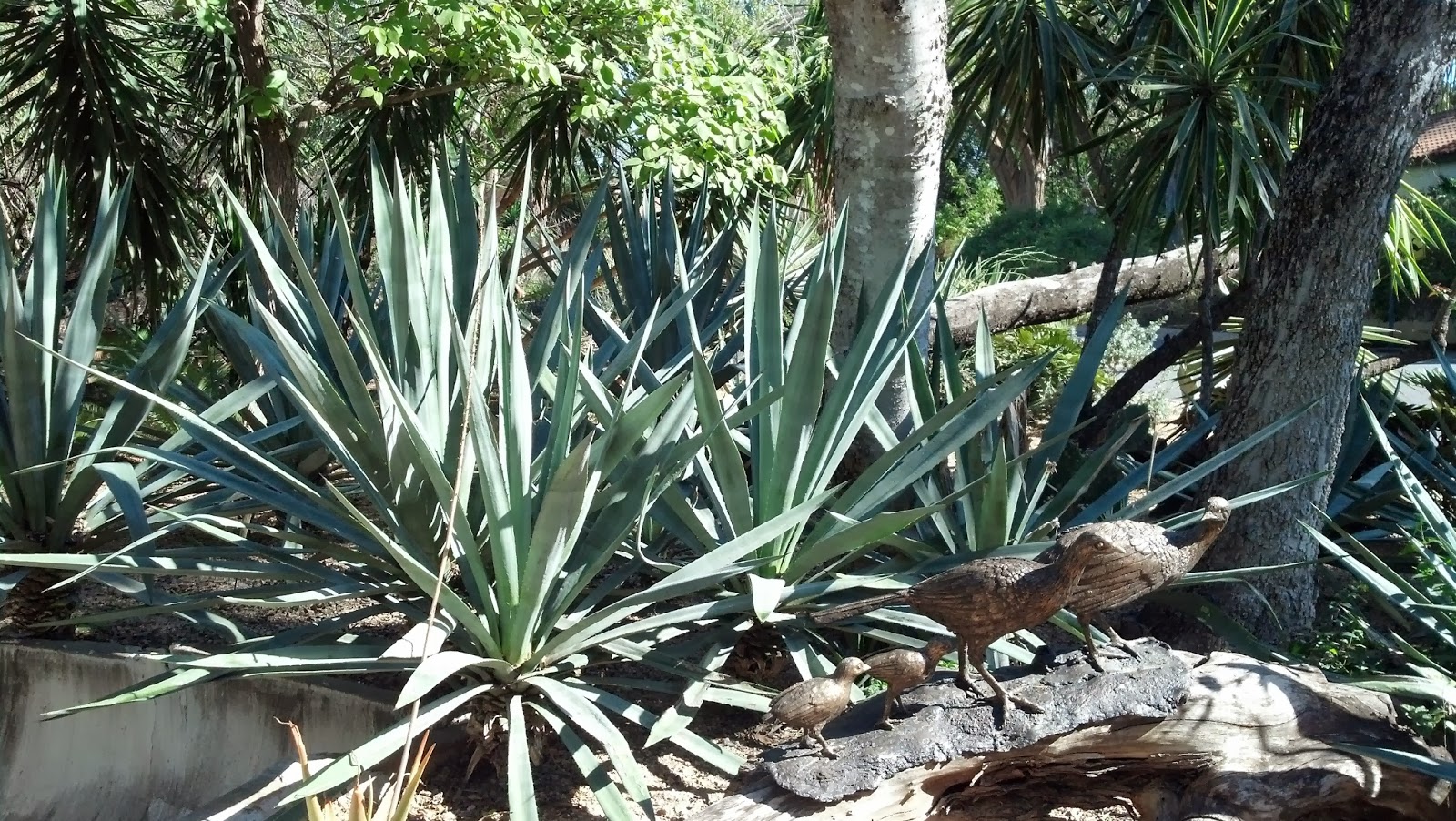 This was the first sculpture we came to at the head of the entrance walkway.  It is two adult and two baby chick Chachalaca's.  These birds are common here in the tip of Texas but are not seen much further north. 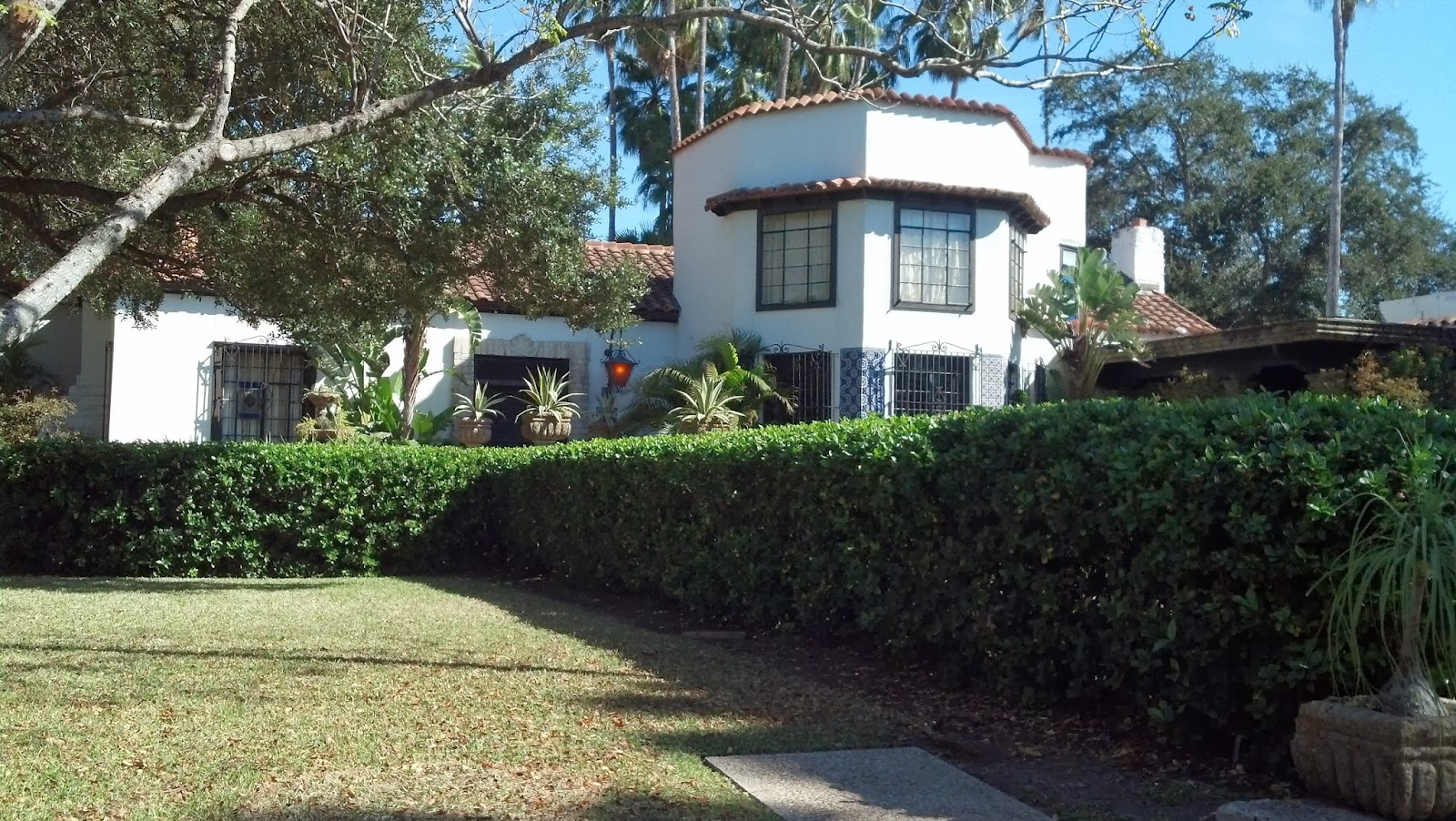 This is the front of the house.  The first day we visited, it was a Monday and the buildings were closed, but we walked around the grounds for several hours. 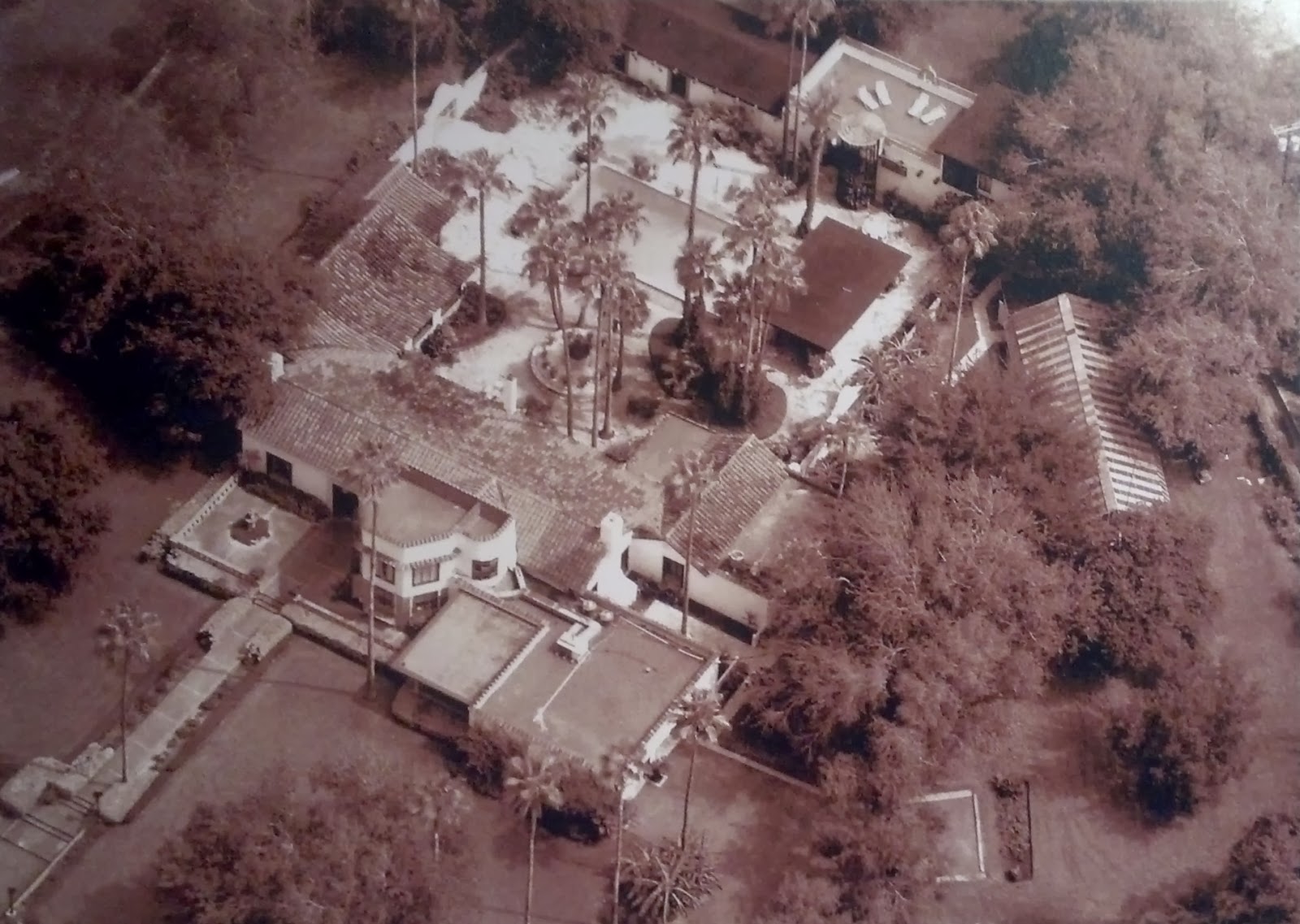 An aerial view of the house and grounds.  The name Quinta Mazatlan in Spanish is translated to mean house, or estate, of the land of the deer. 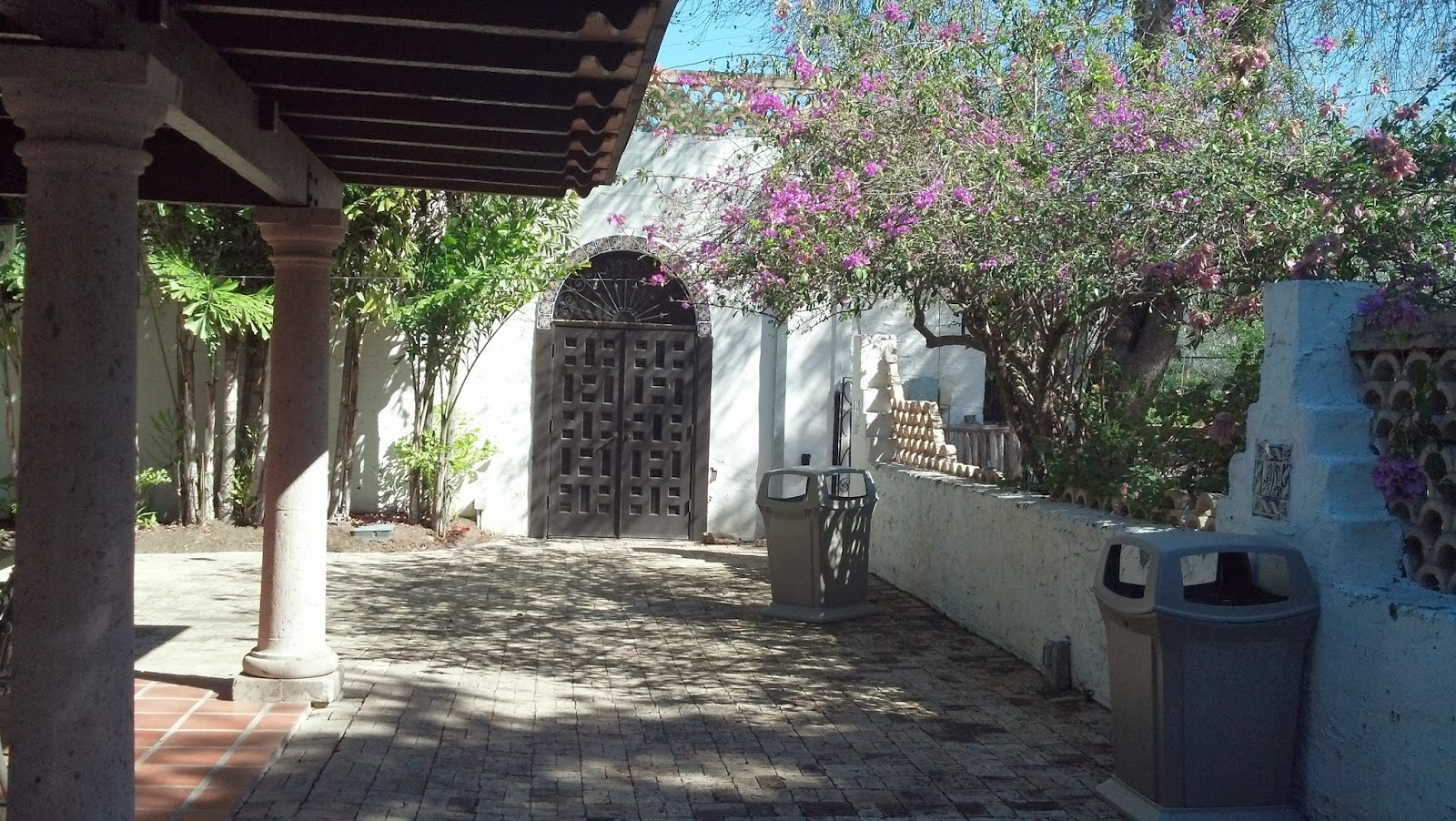 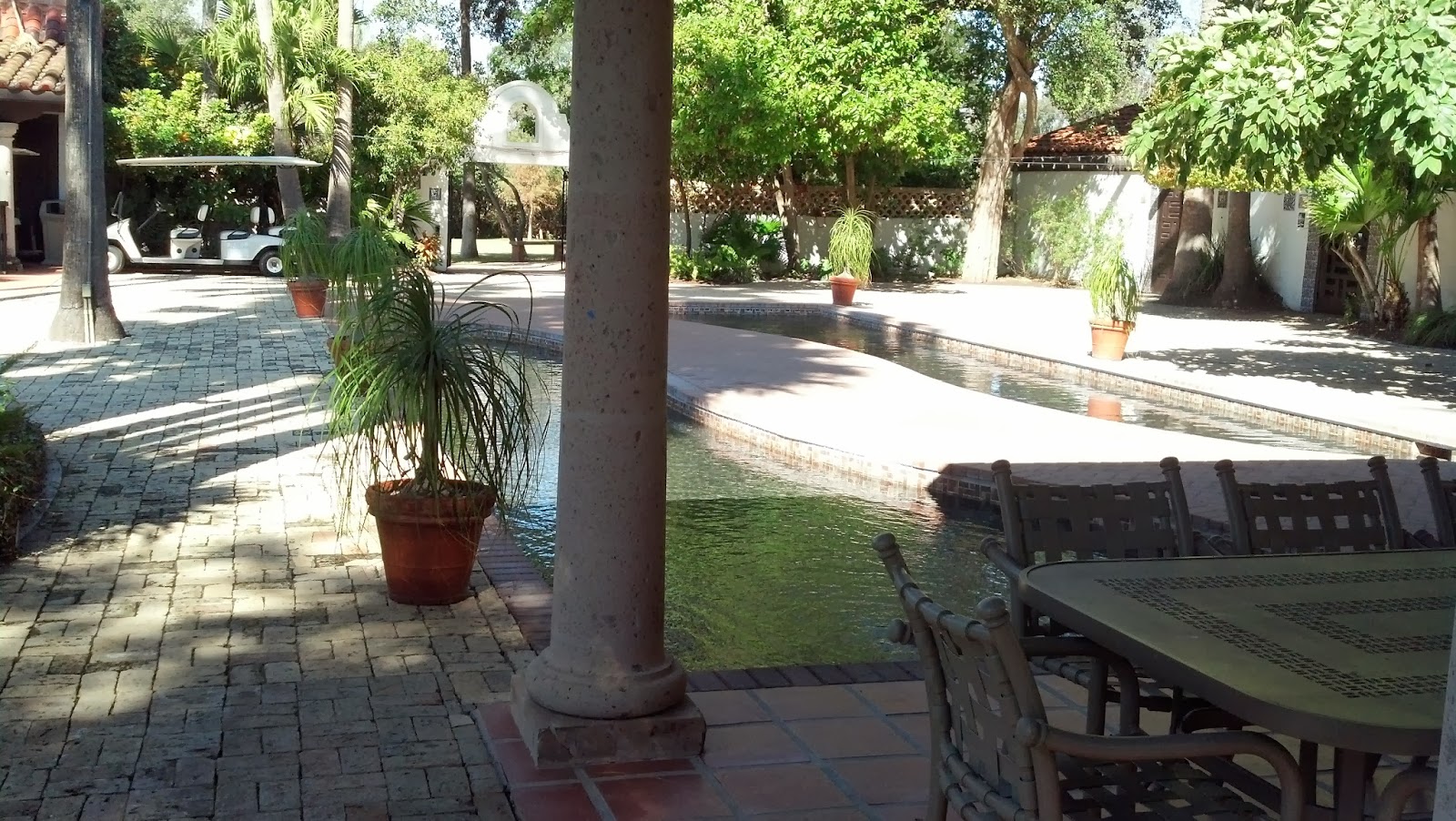 Pools at the rear patio

Cactus gardens along the drive. 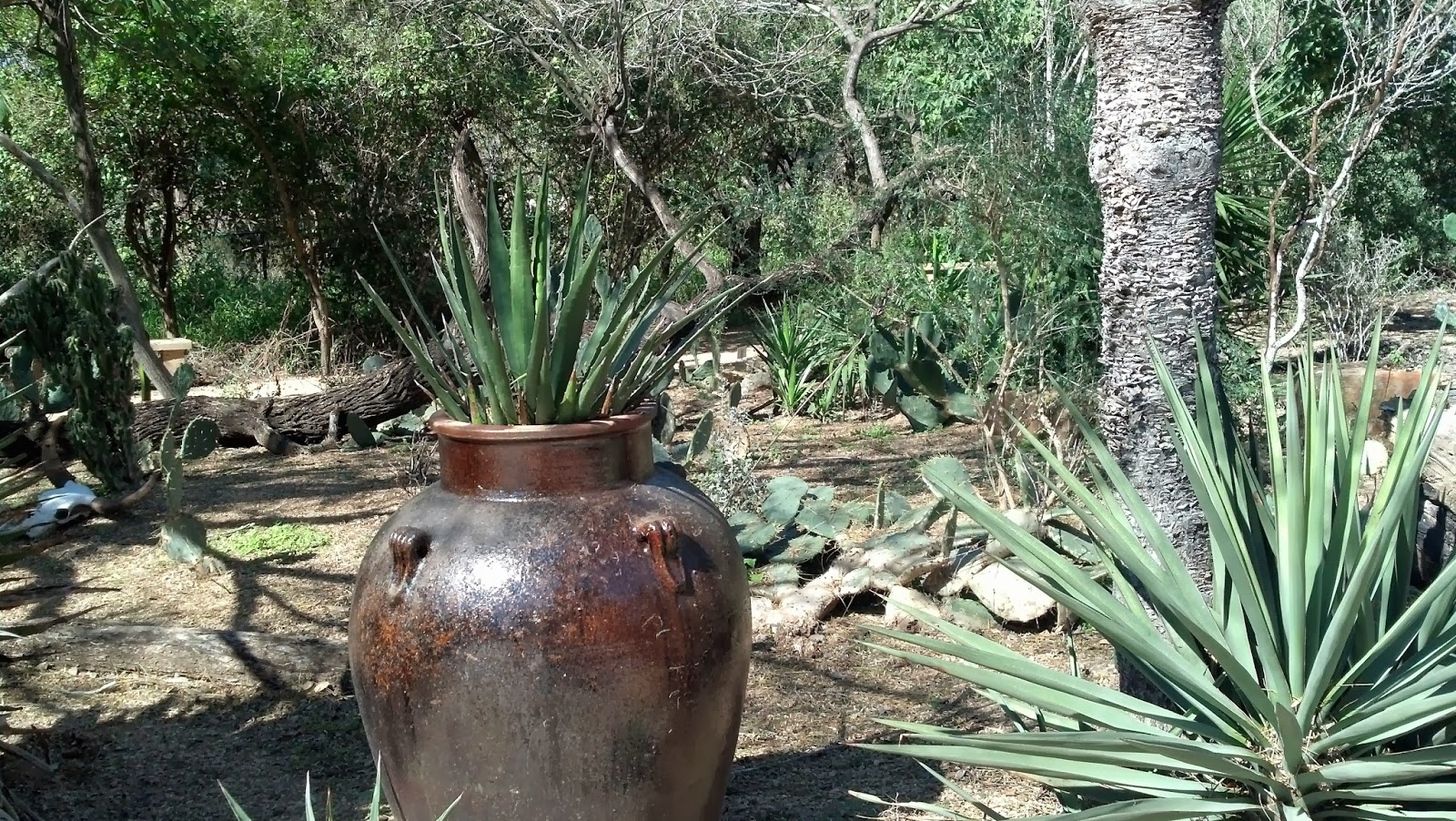 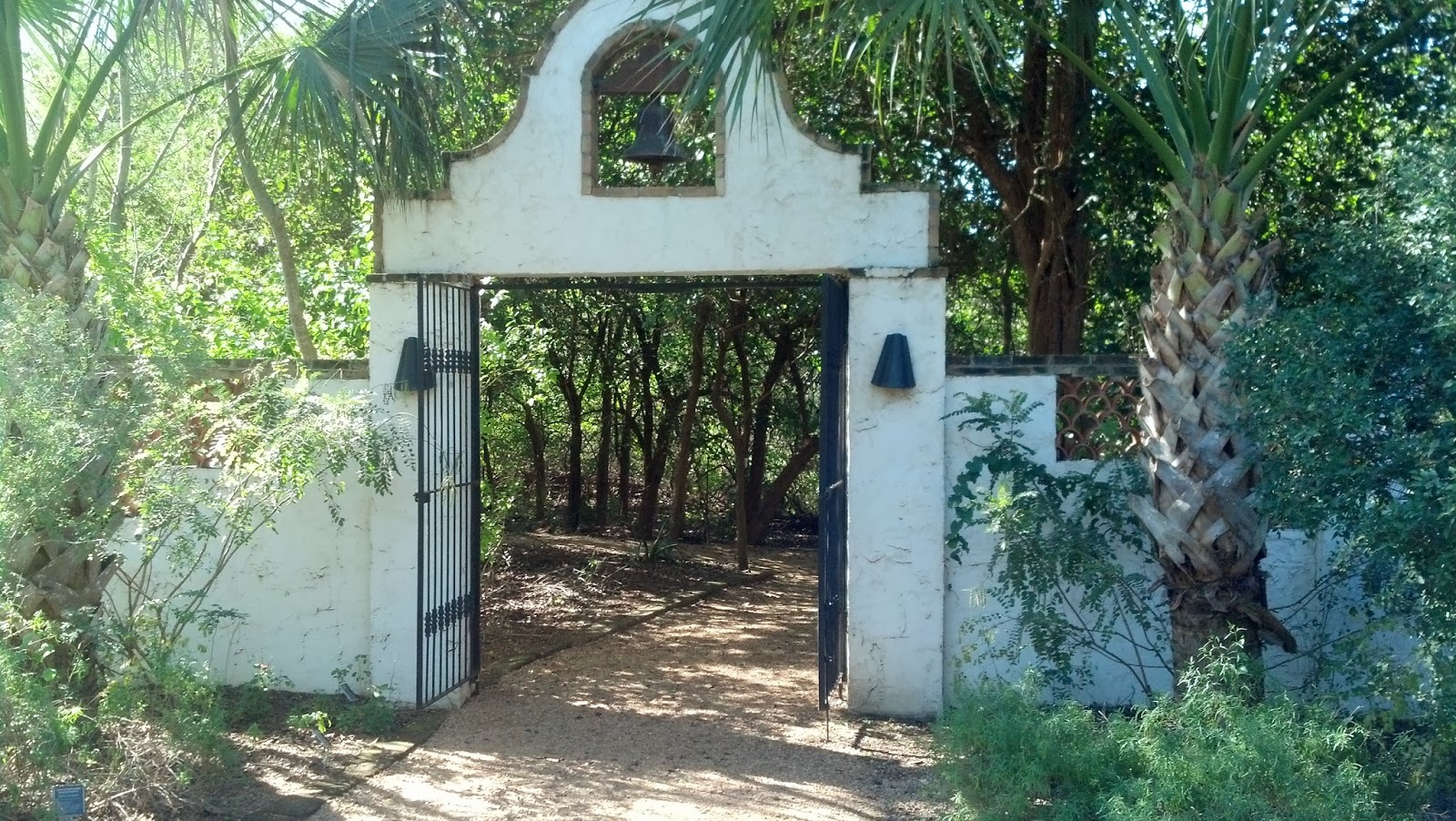 One entrance to the sculpture gardens 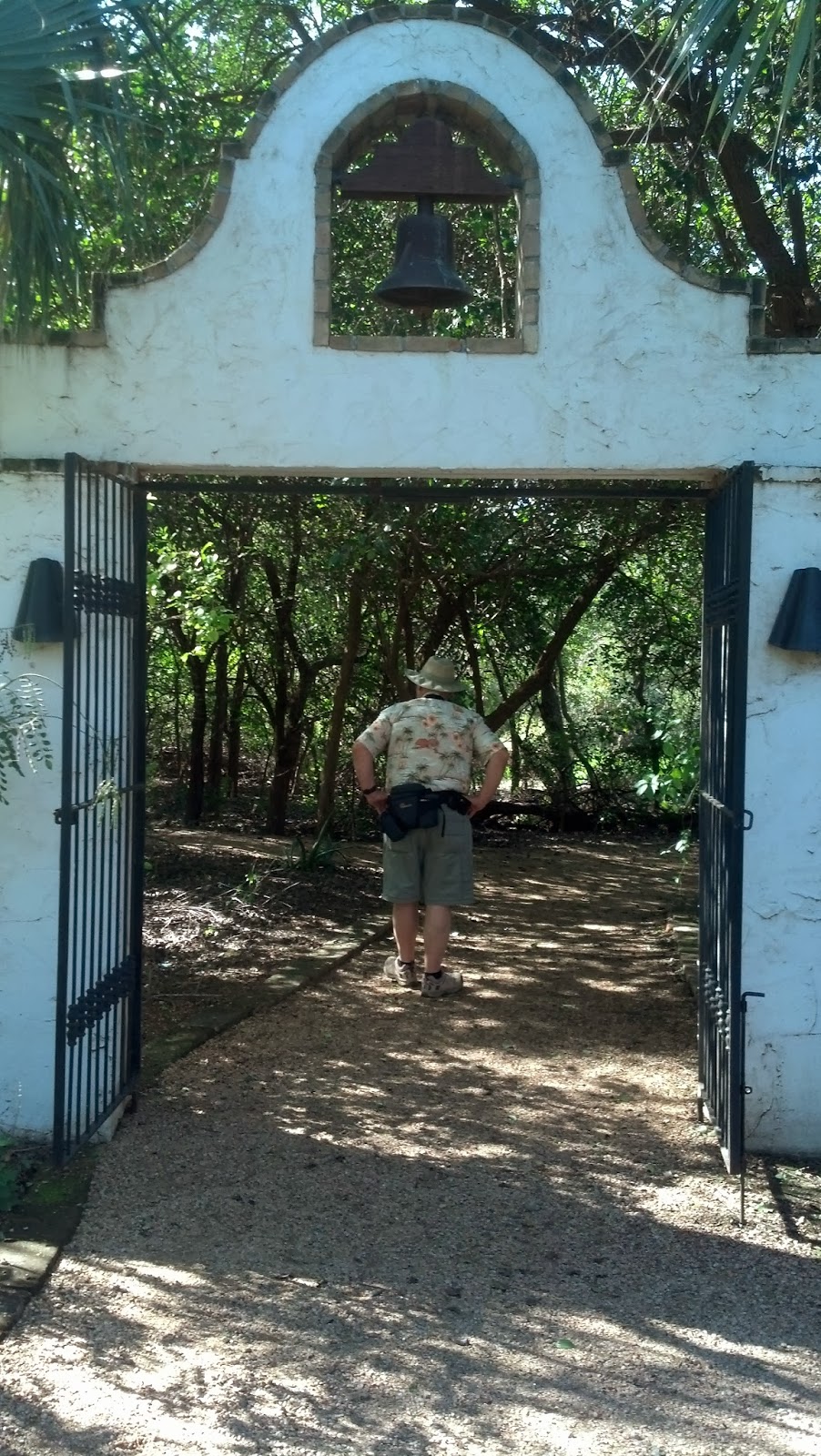 A few of the animal sculptures scattered throughout the gardens 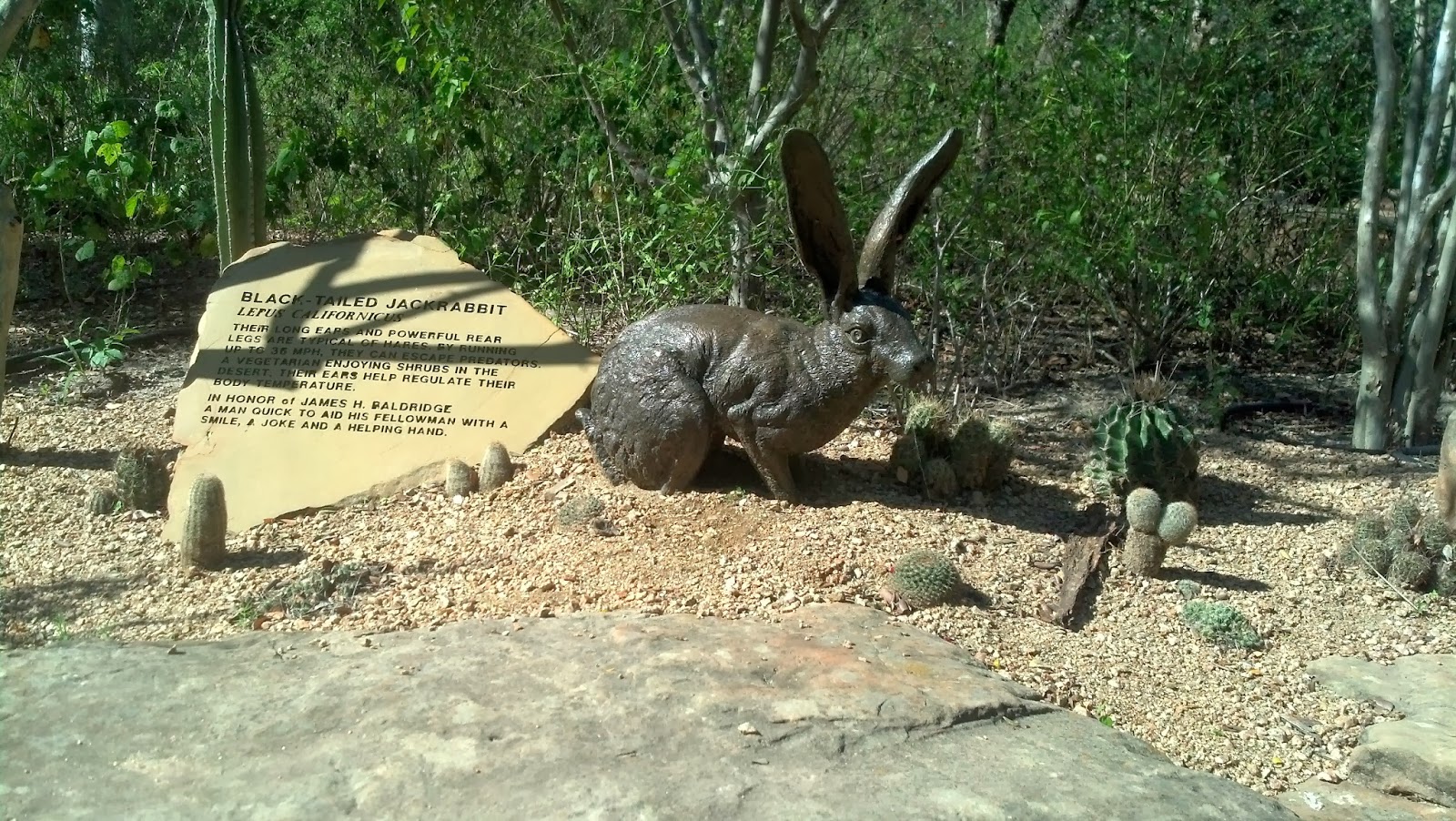 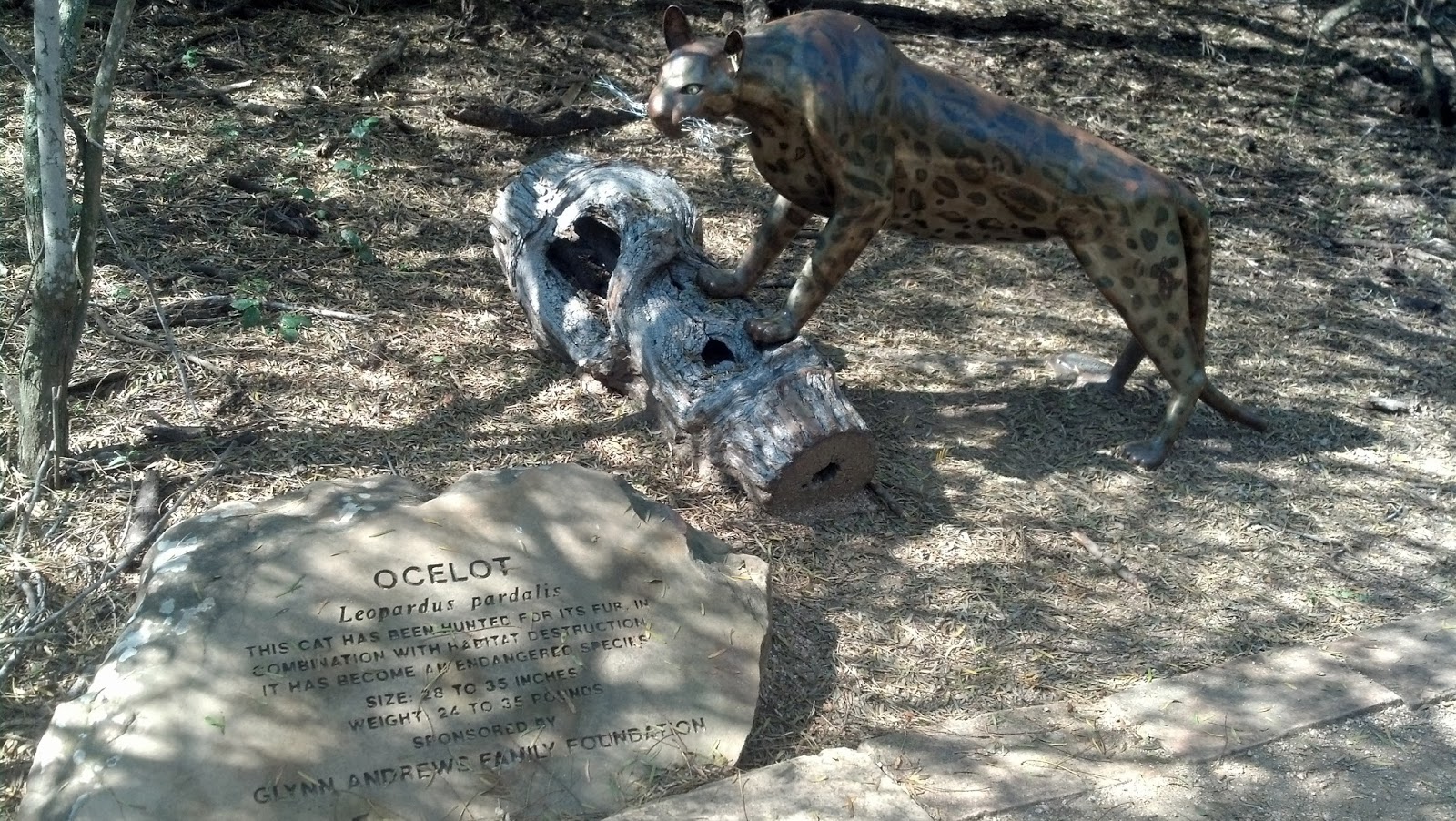 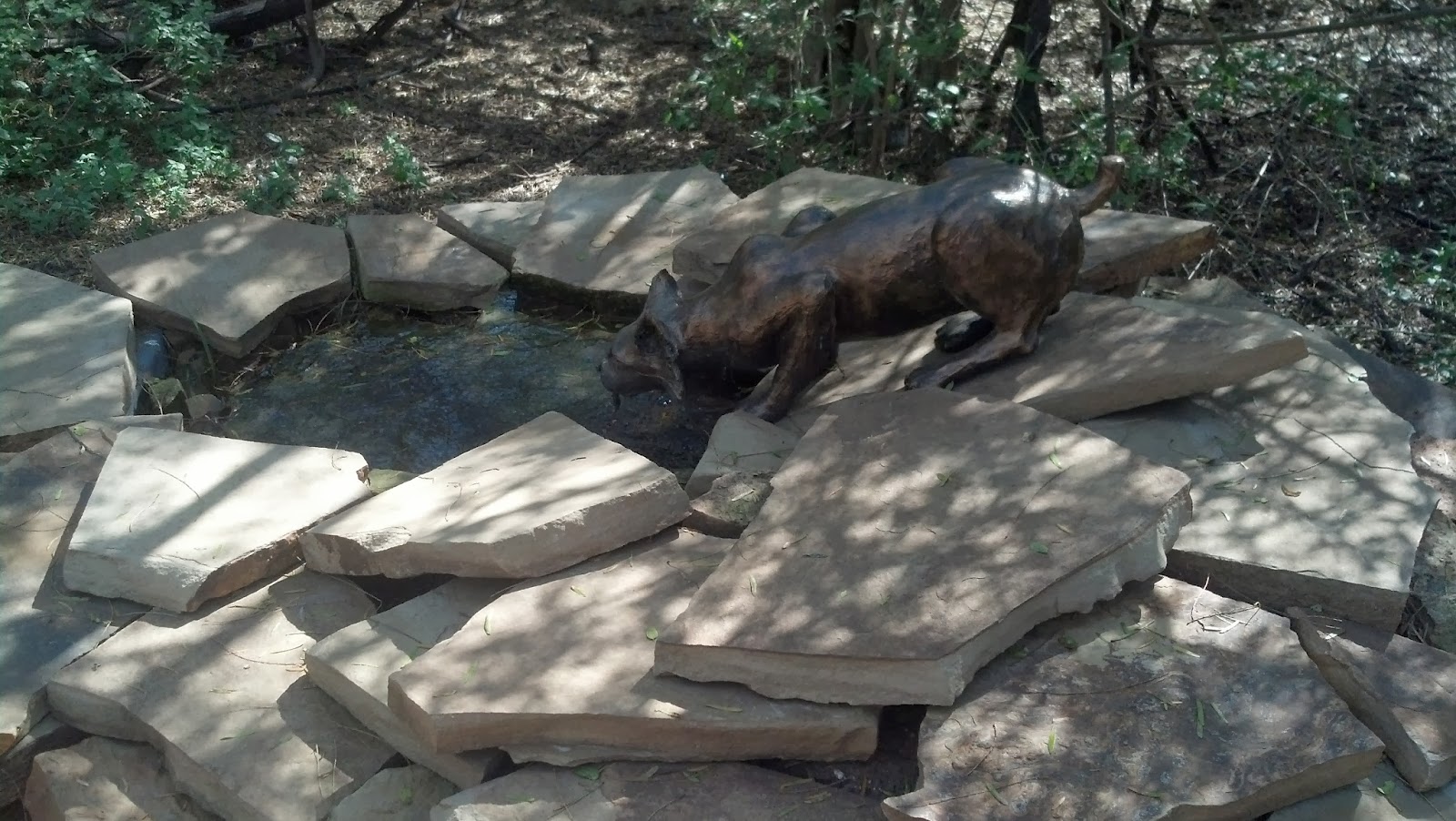 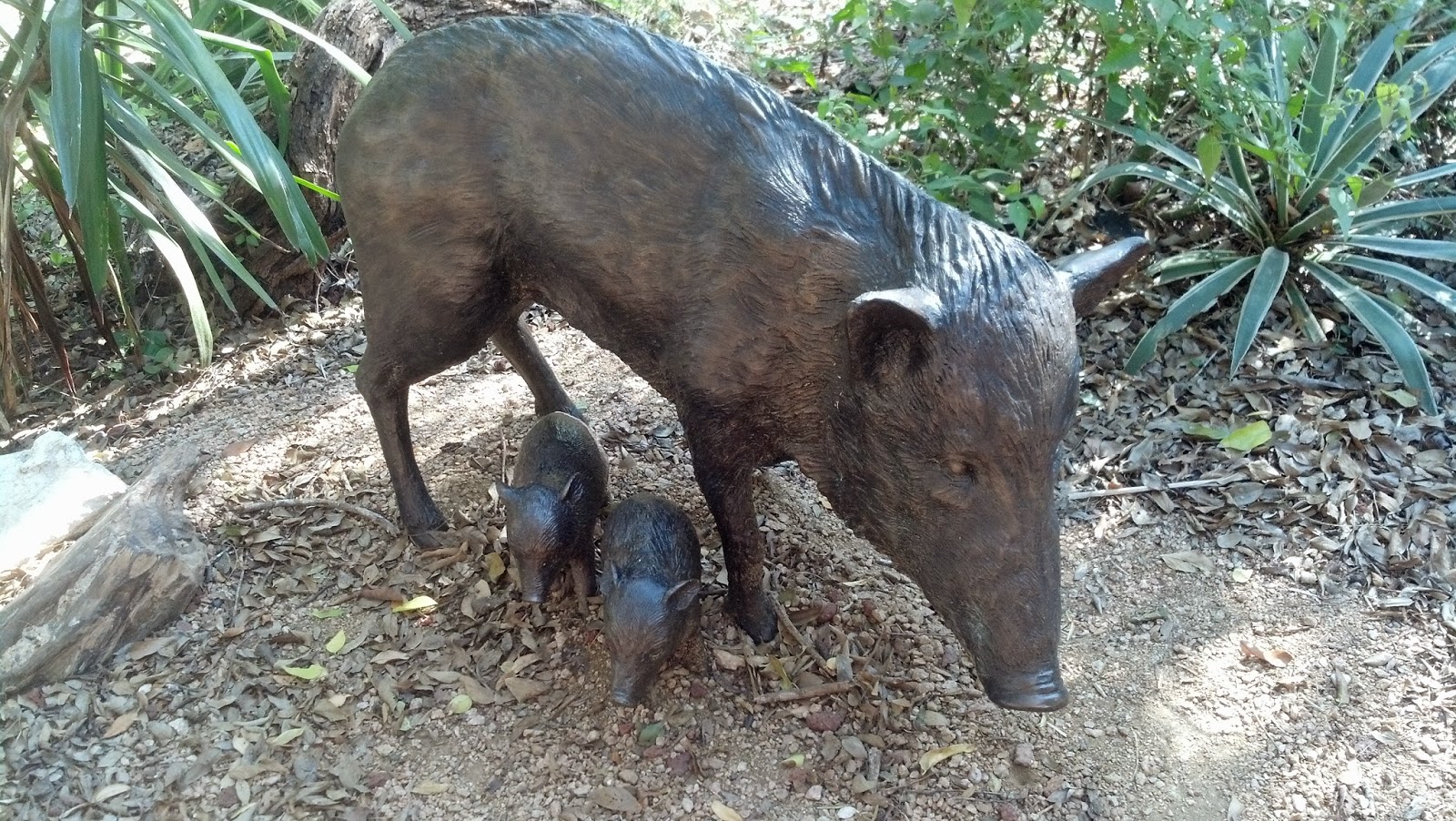 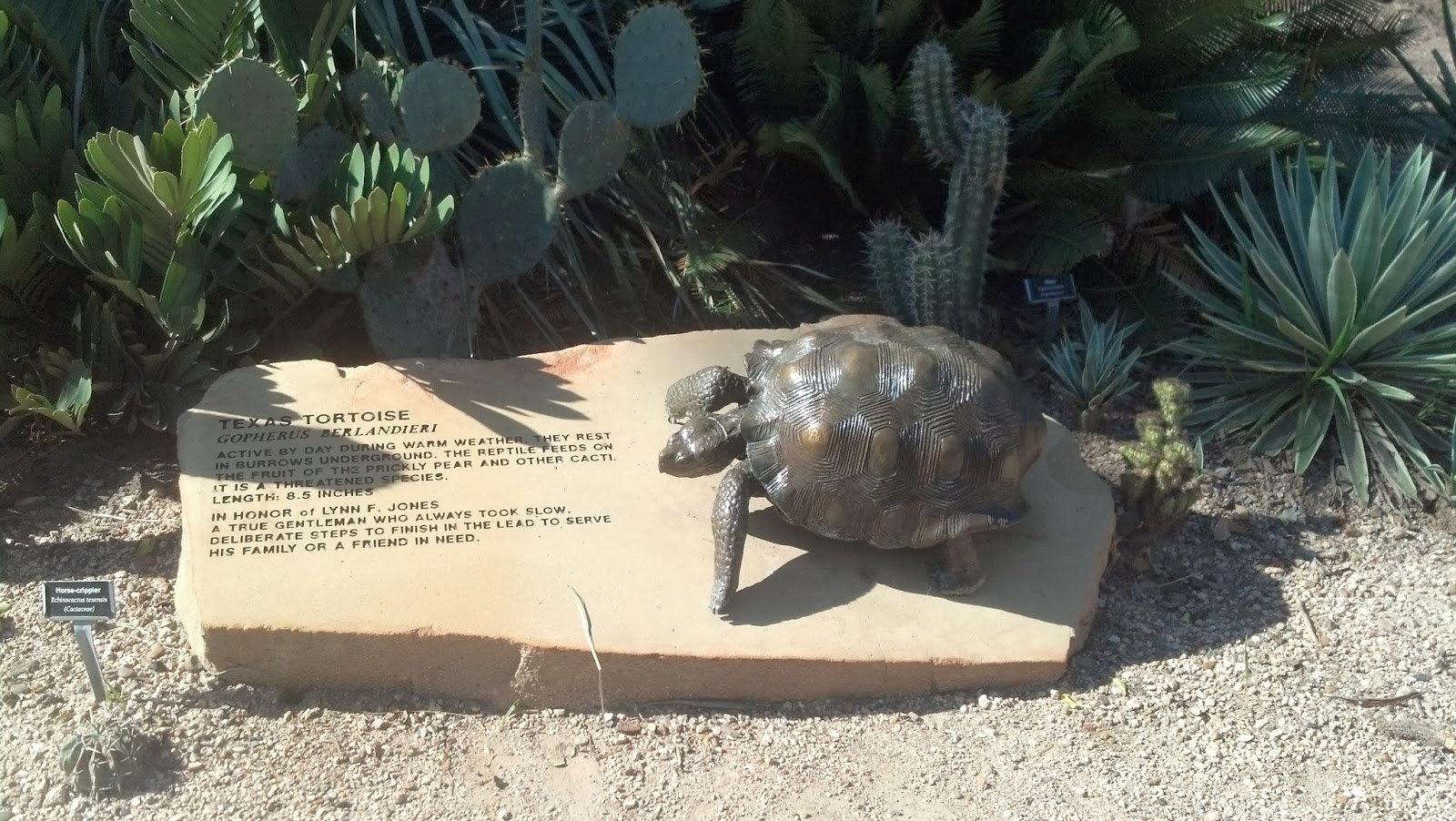 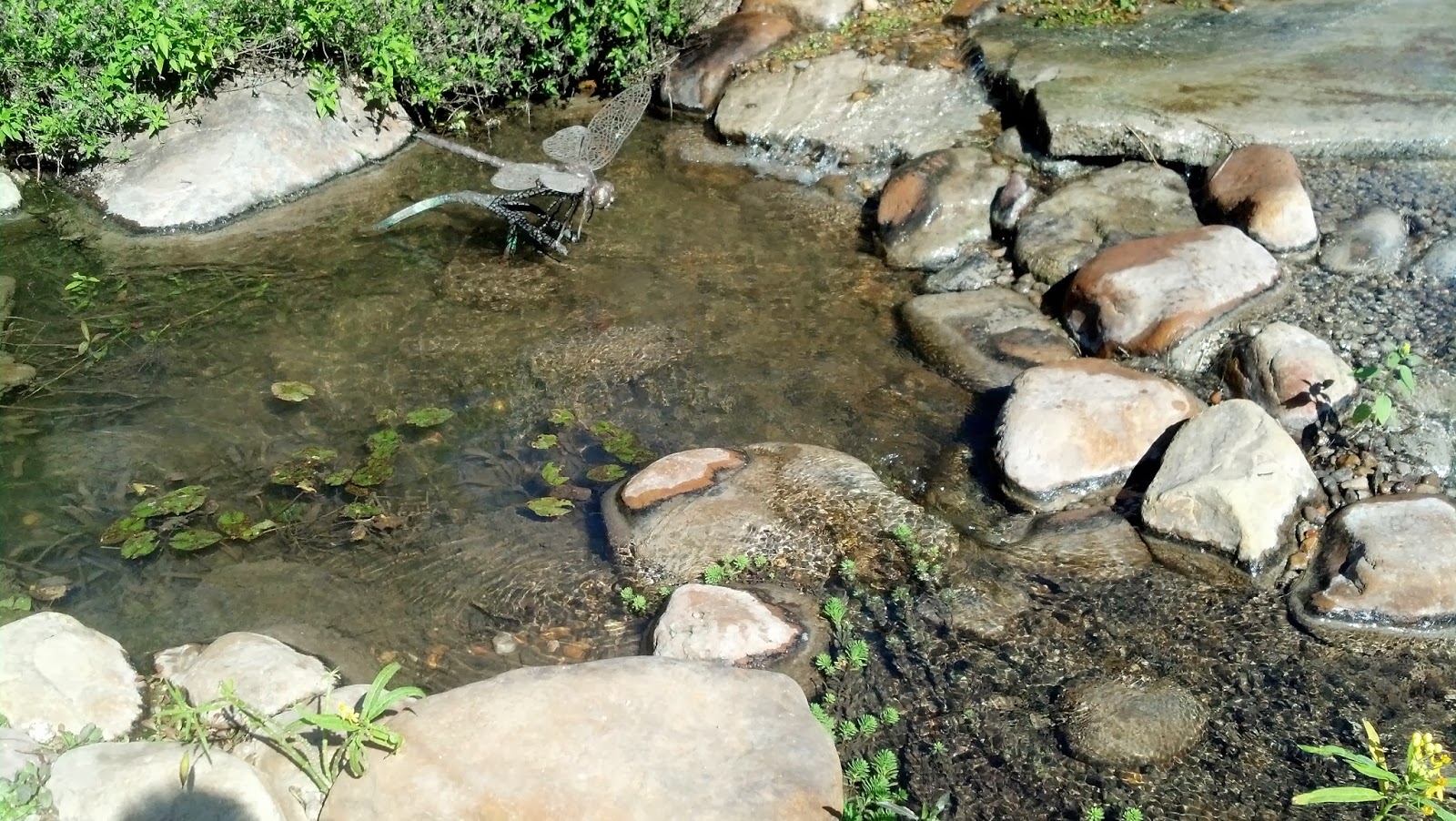 My favorite of the many water features scattered throughout the park. 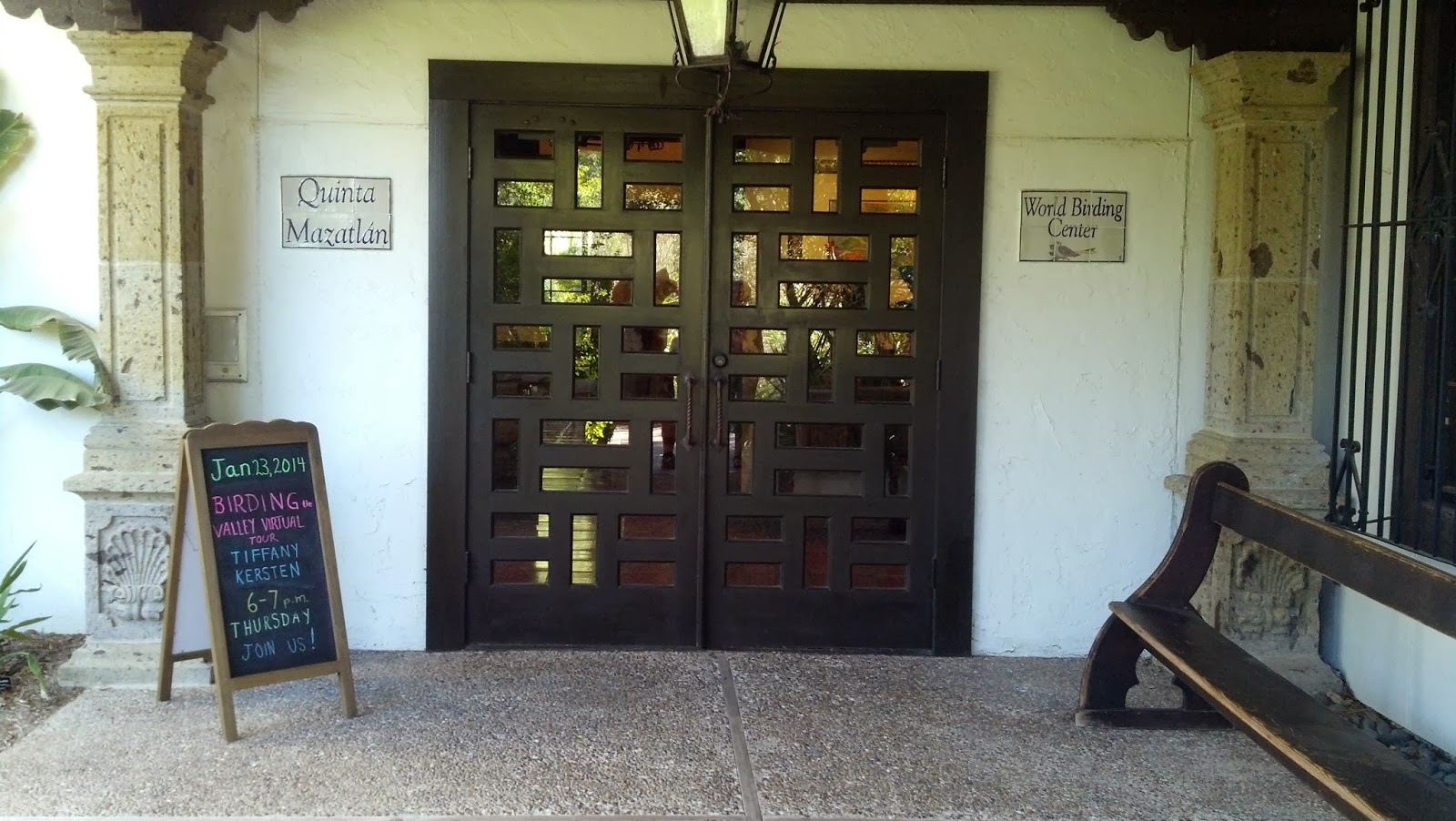 On our visit with Mary and Mike we went for the 8:30  bird walk.  Since it was a cold windy day, we were the only takers.  Our guide John Bush gave us a great tour even though we saw a limited number of birds.

After the bird walk we were free to walk through the first floor of the house.  It was quite impressive. 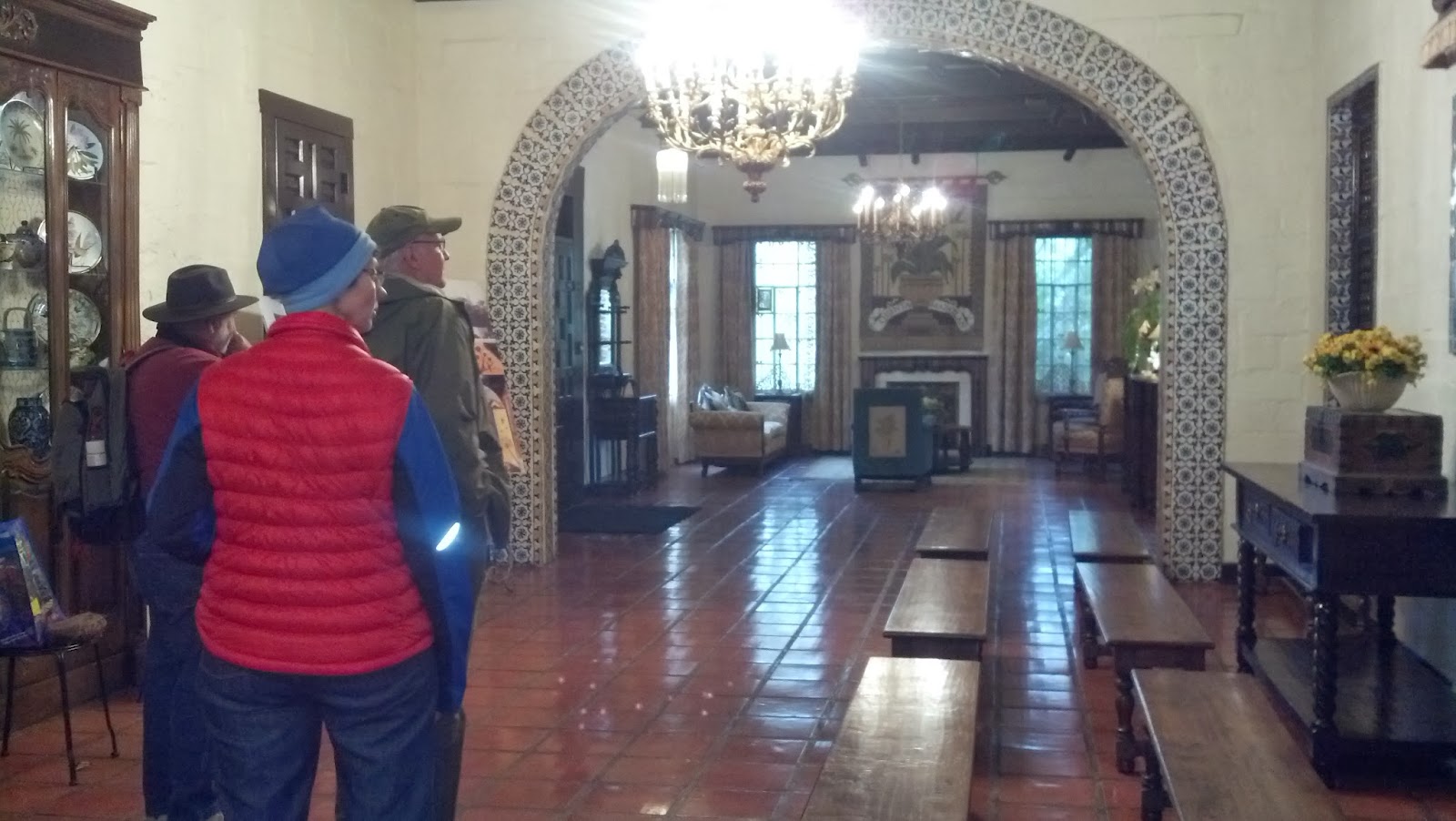 This was the dining room 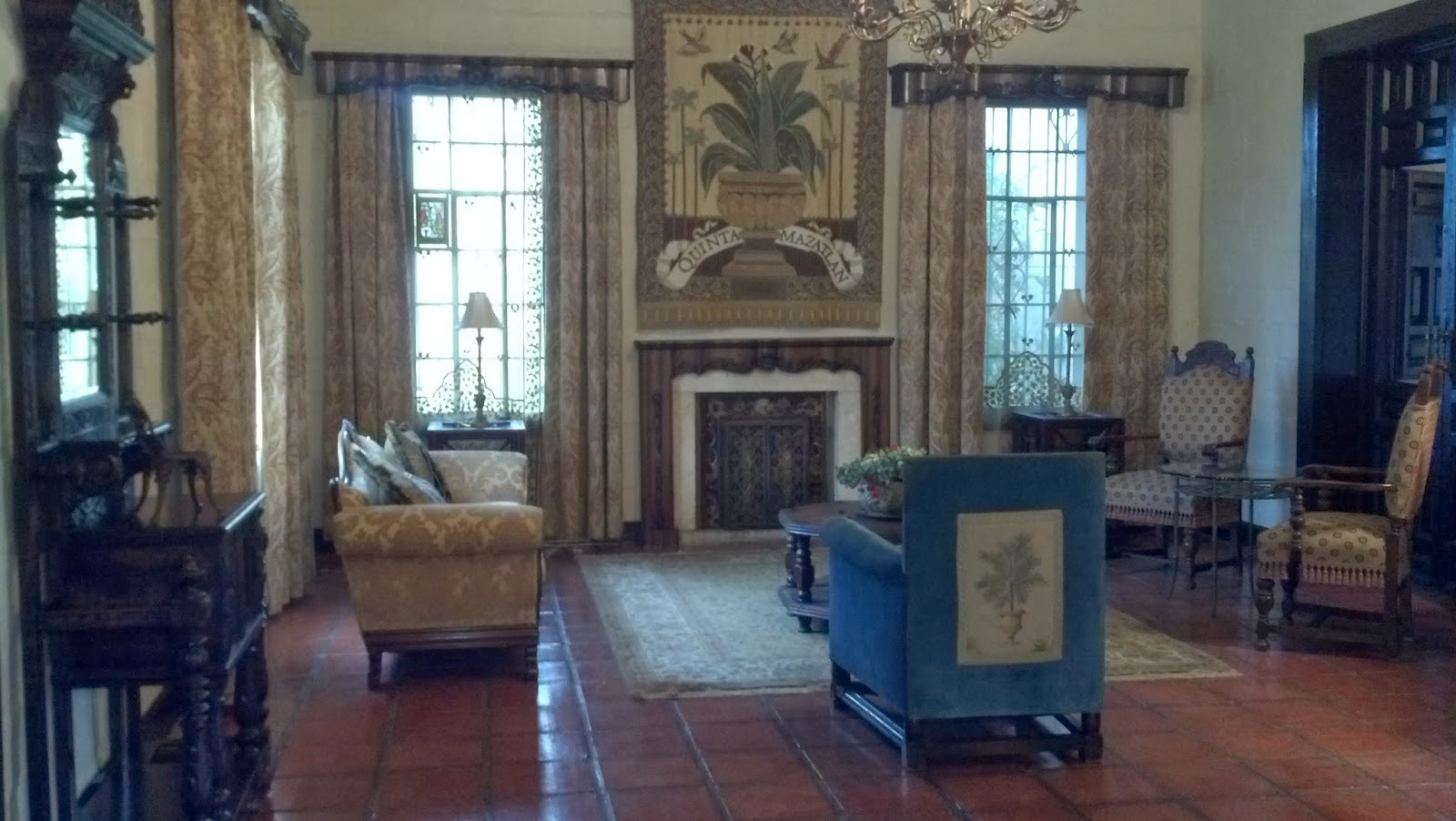 One of the sitting rooms 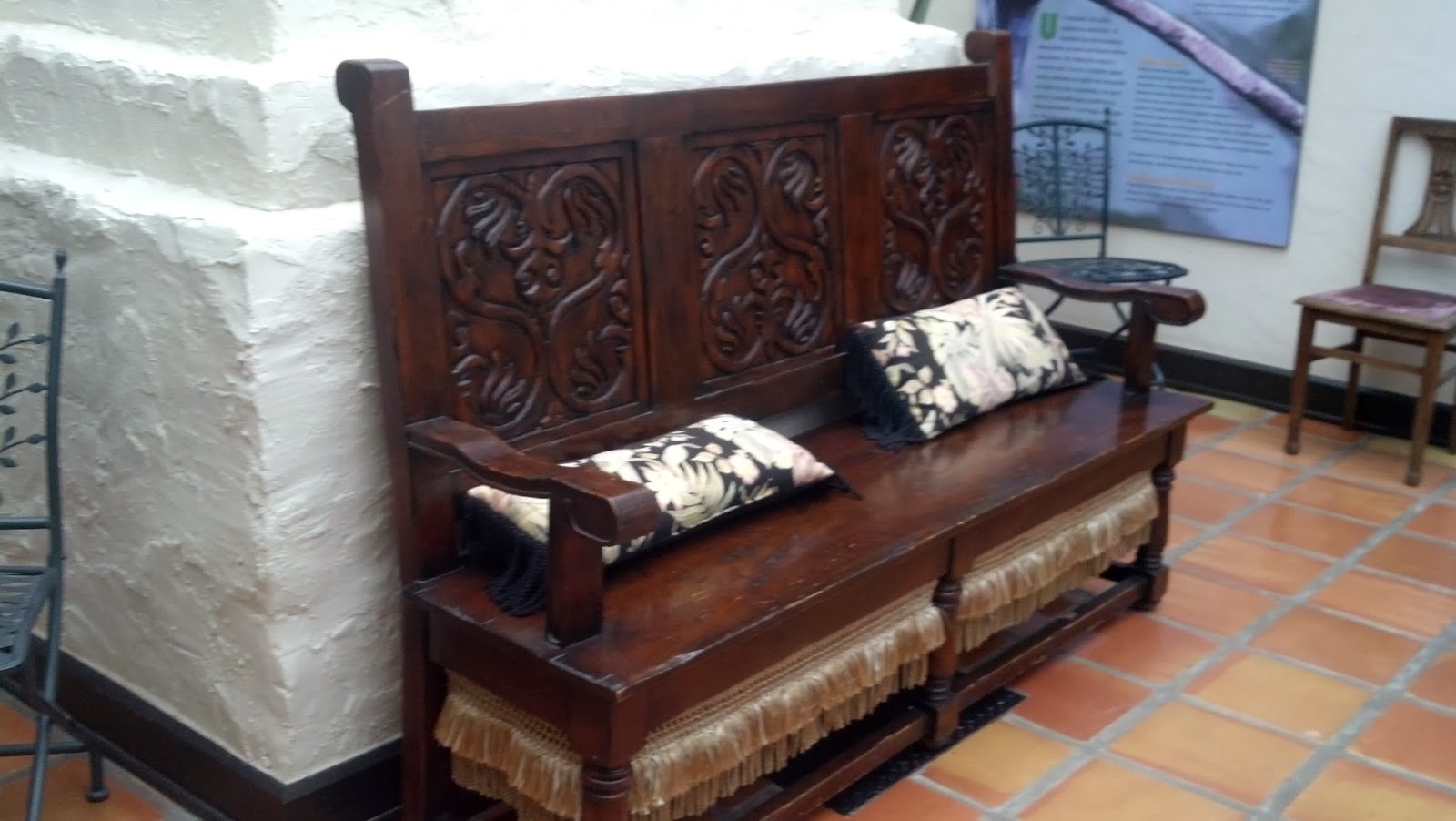 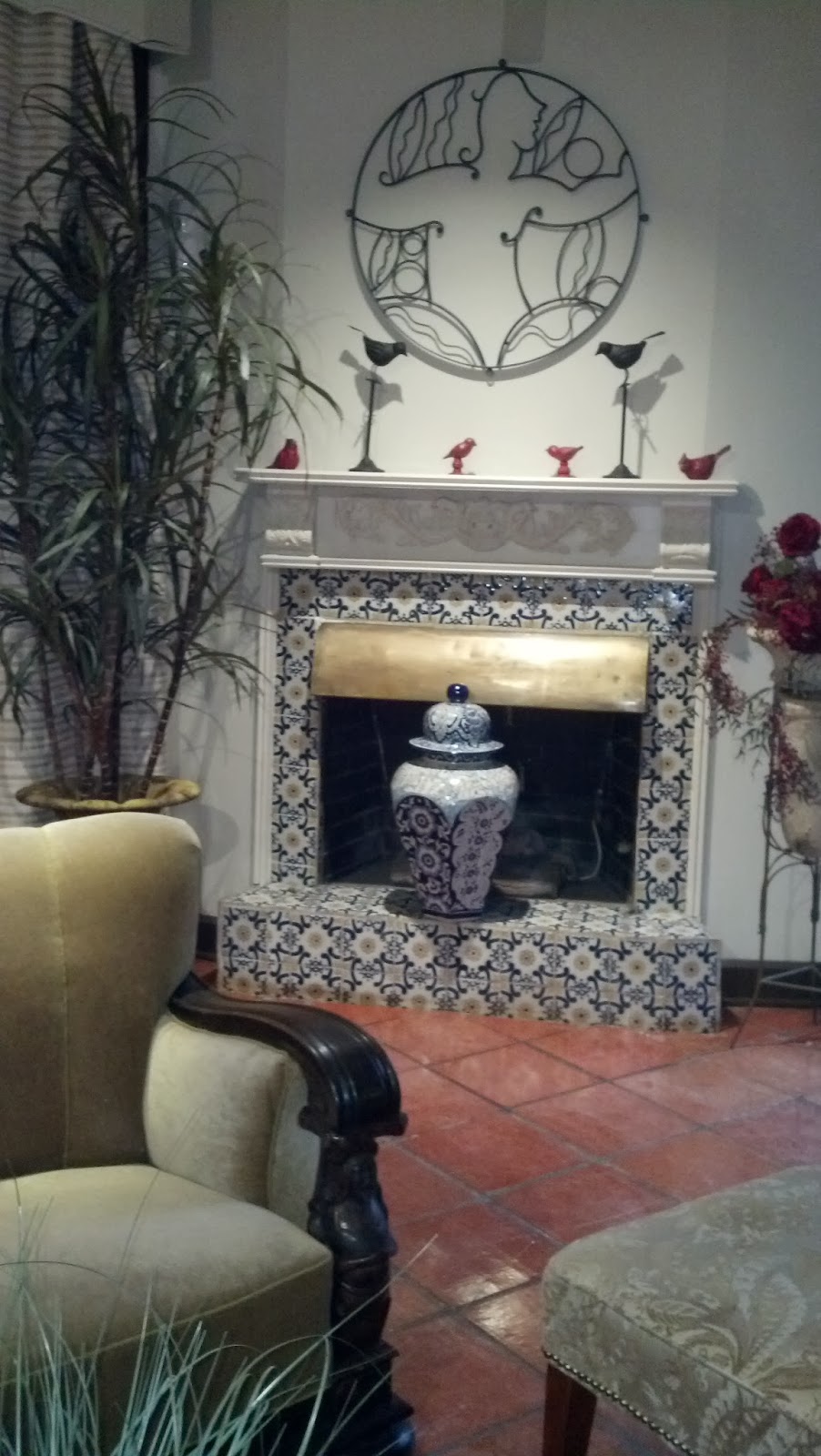 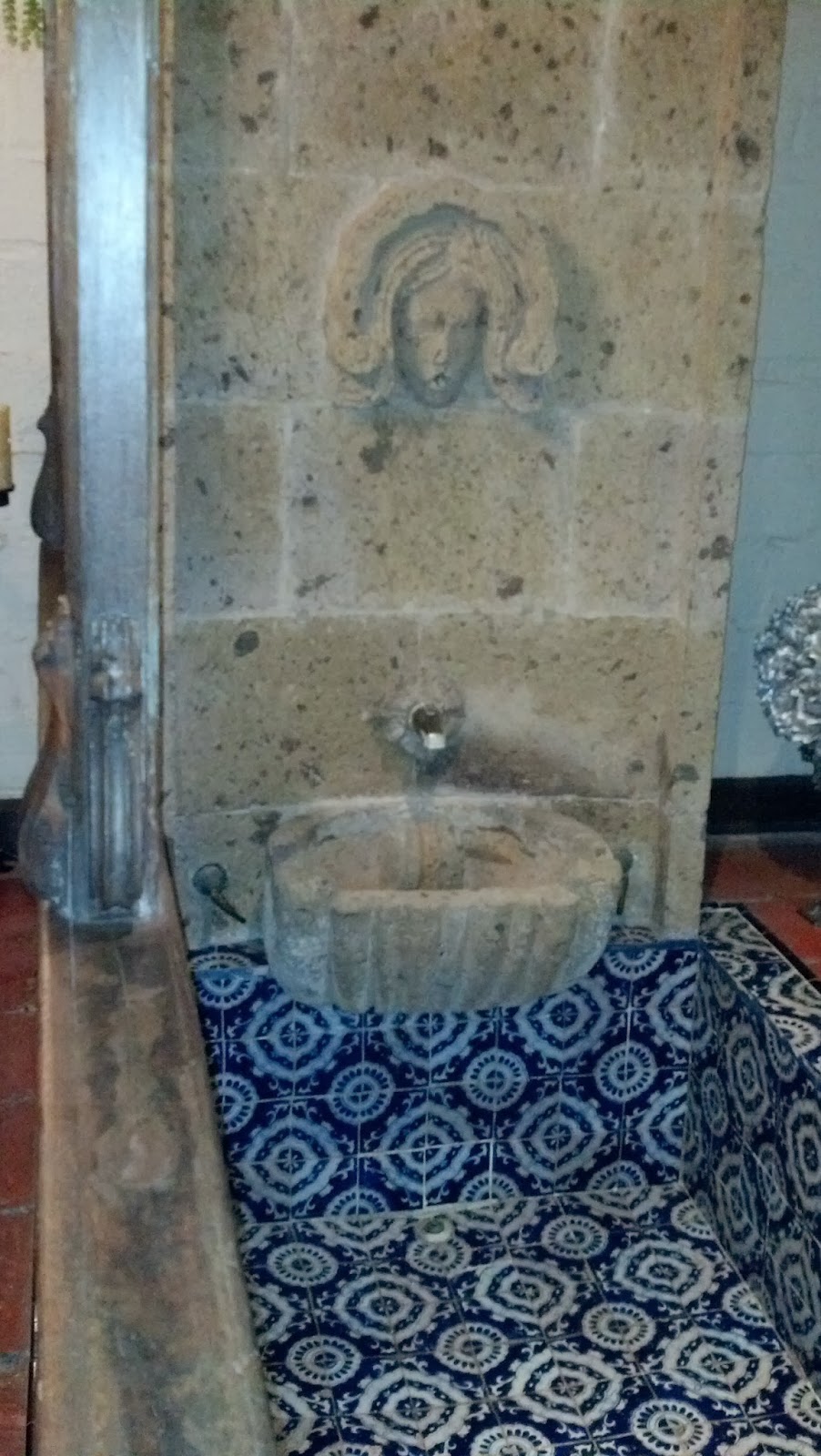 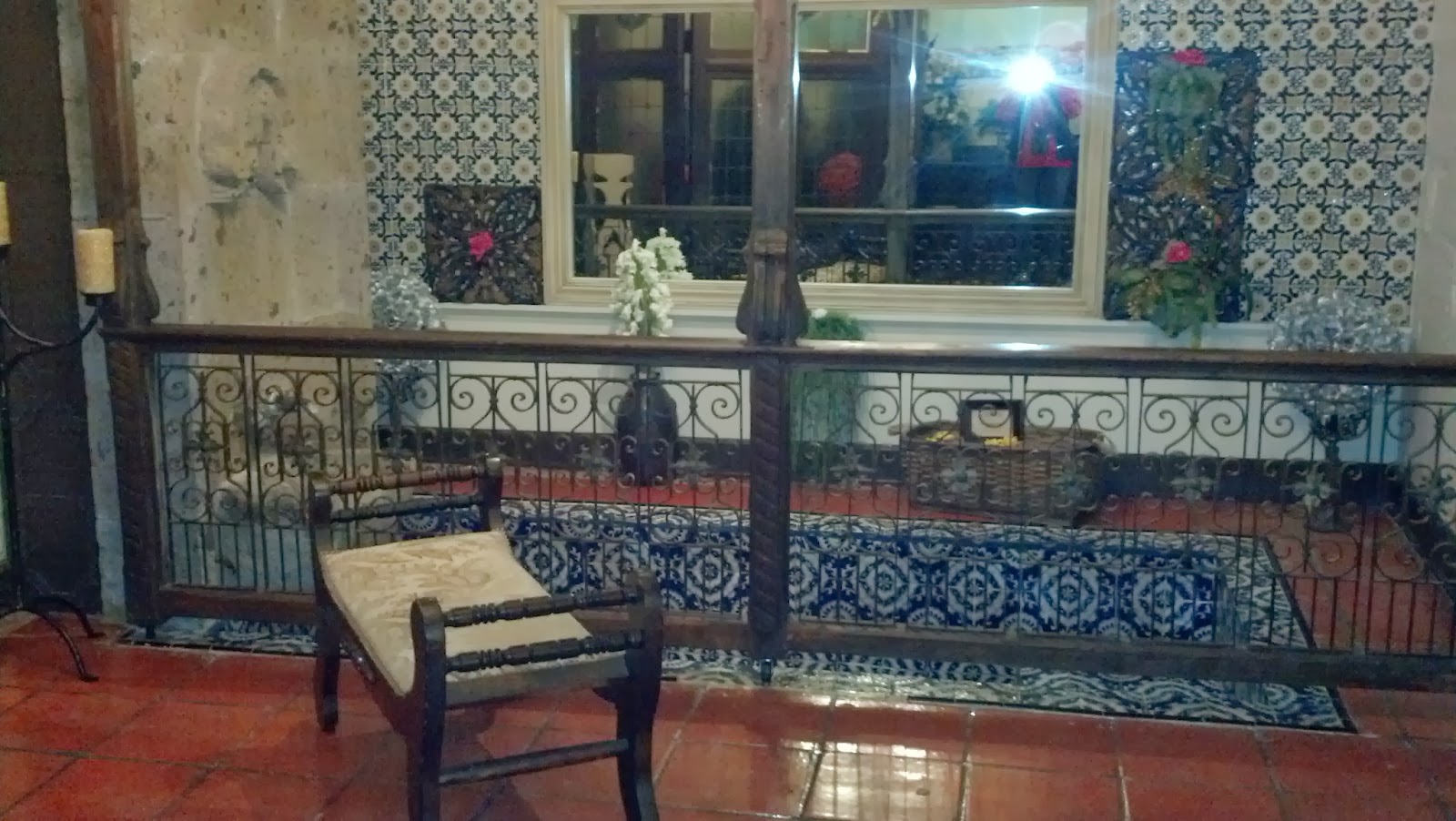 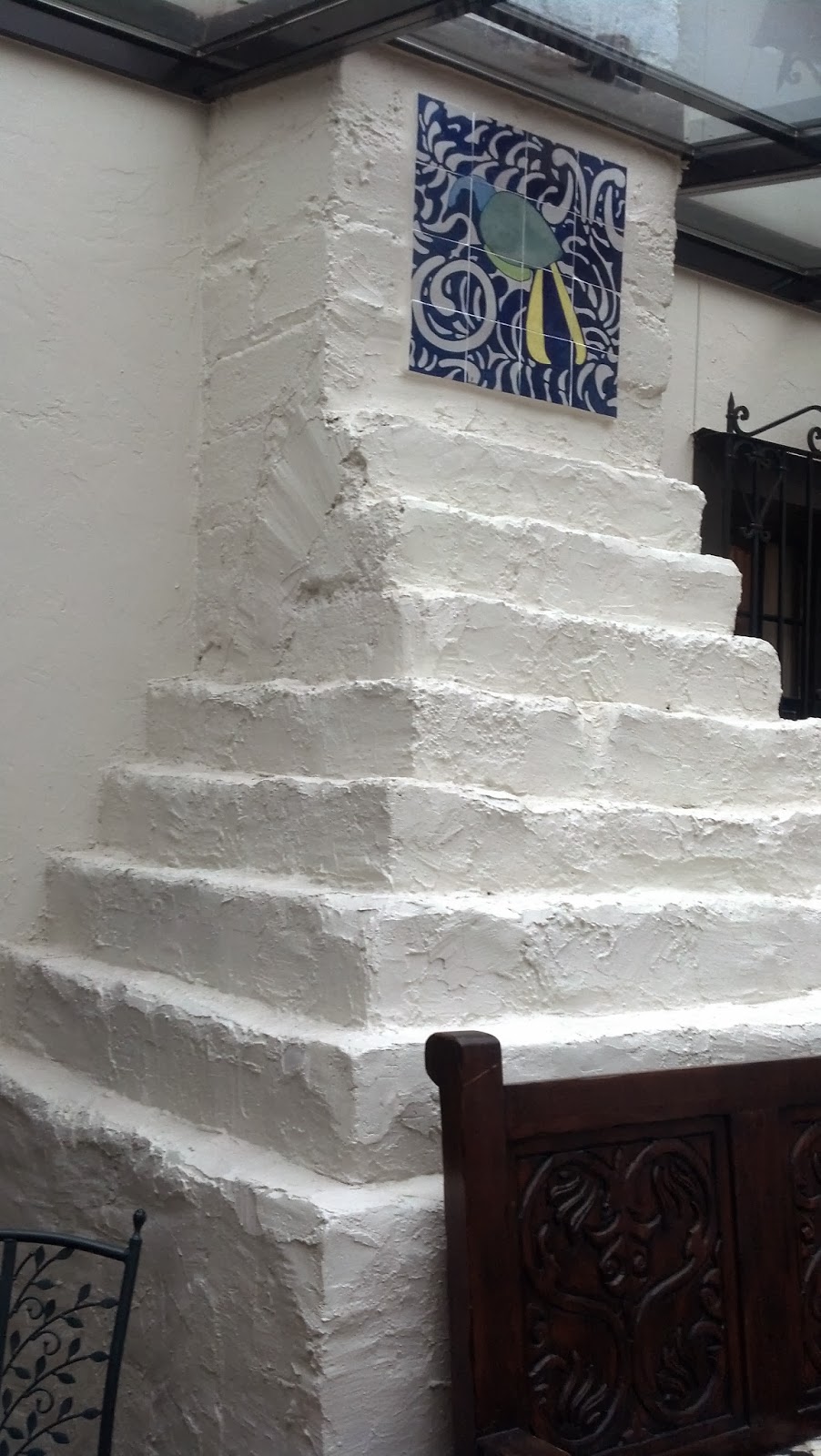 Outside base of one of the fireplace chimneys

For more information about Quinta Mazatlan take a look at www.quintamazatlan.com. It has become my favorite WBC (so far)

During the week that Mike and Mary were here we enjoyed some fun activities.  Stay tuned for the next episode, hopefully tomorrow.
Posted by cooktravelogue2007-8.blogspot.com at 10:01 PM