Crusing on the Rio Grande River

We had a little sun poke through on Wednesday, so we ventured down to the Riverside Club for their afternoon boat cruise on the River. 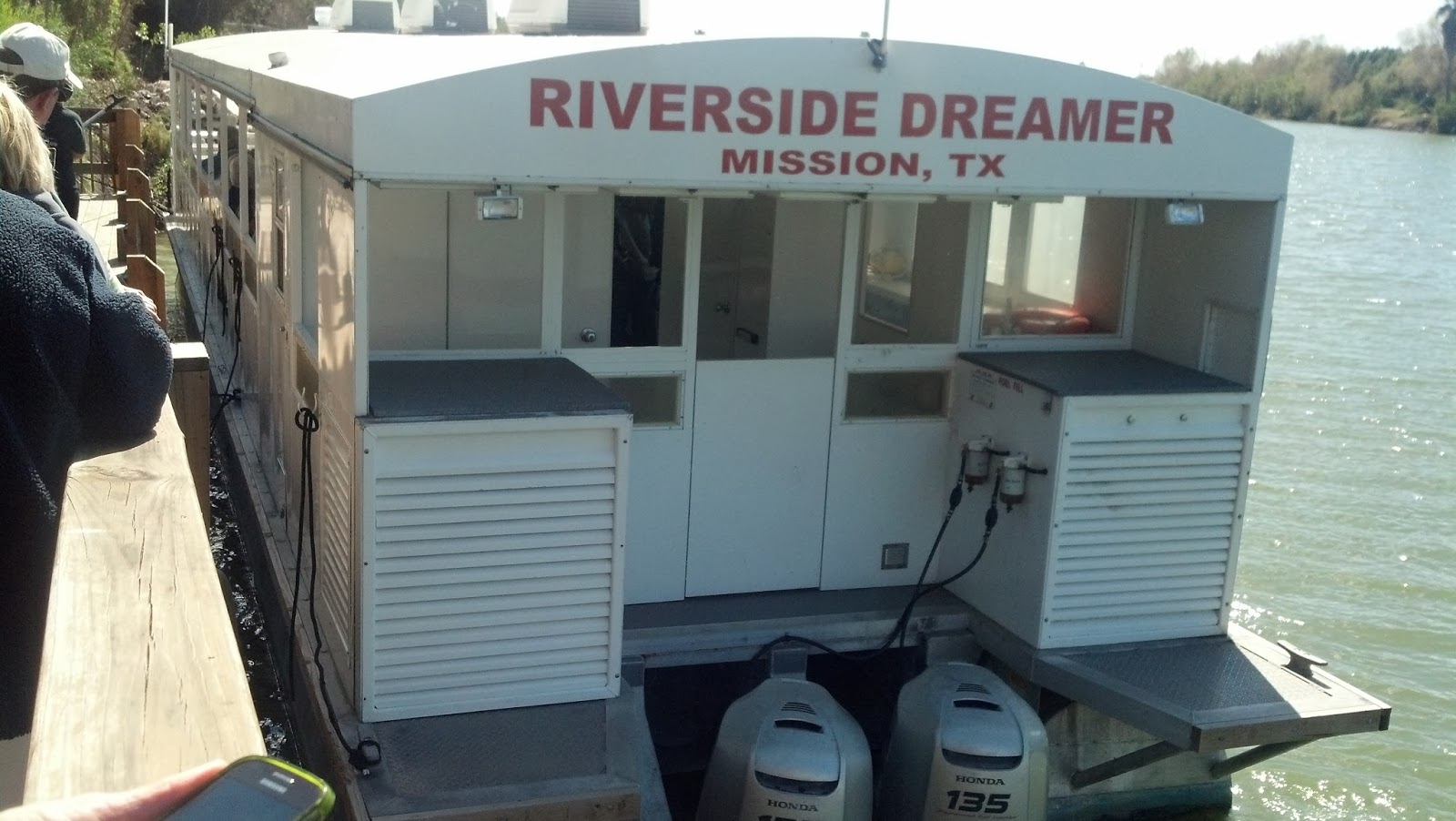 This restaurant is only about 2 miles from the park and is still allowed to run the boats.  We had checked at Roma State Park about canoe or kayak rentals but they are not allowed to rent those any longer due to updated Border Patrol rules.  This boat has a driver and they stay in the middle of the river. 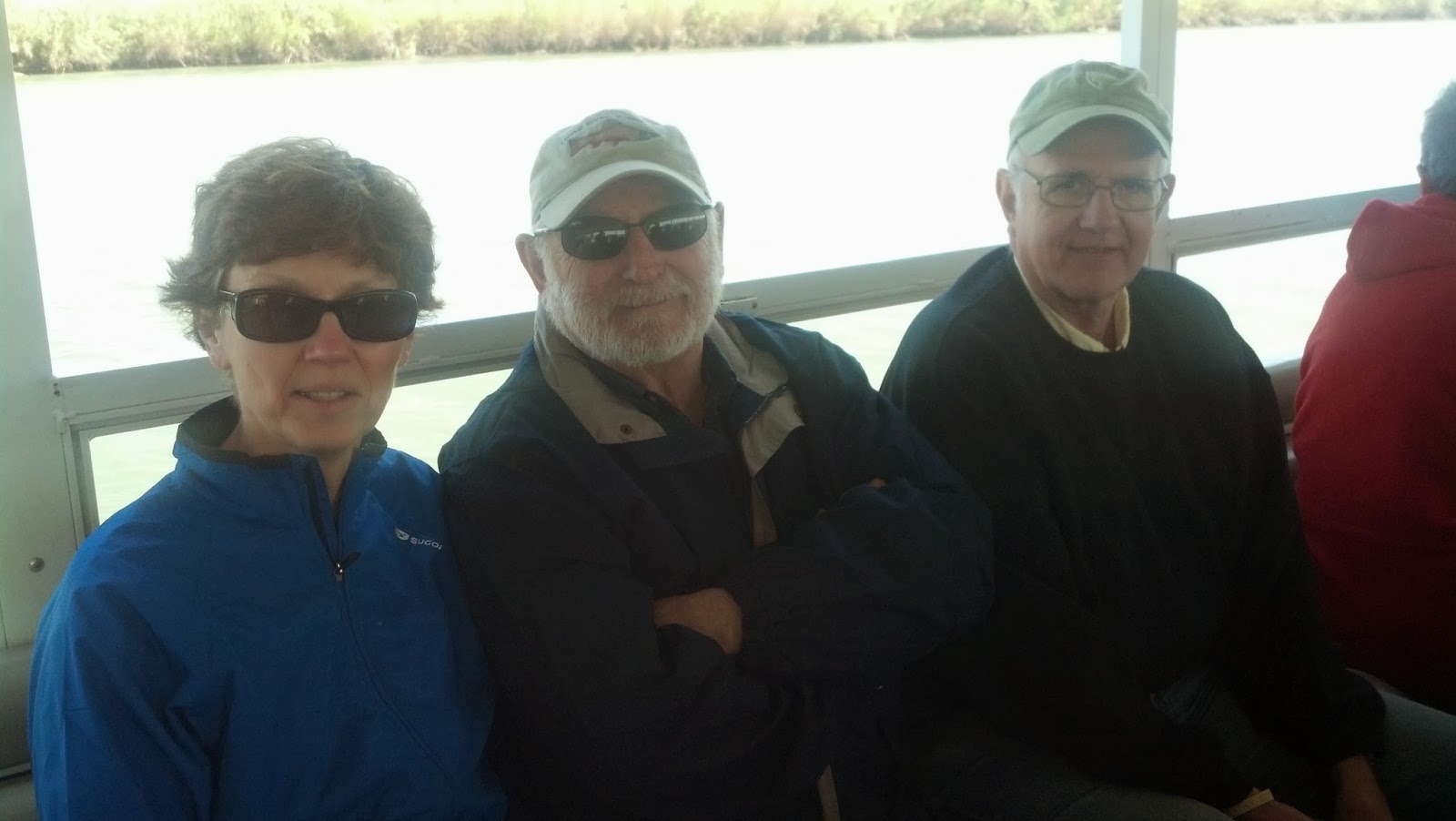 The cruise travels west on the River for and hour and then returns the same route.  On the US side of the river, just a short distance up from the restaurant, is a Border Patrol boat launch and watch tower.   As we motored along the river we were passed by several Border Patrol speed boats monitoring activity on the waterway. 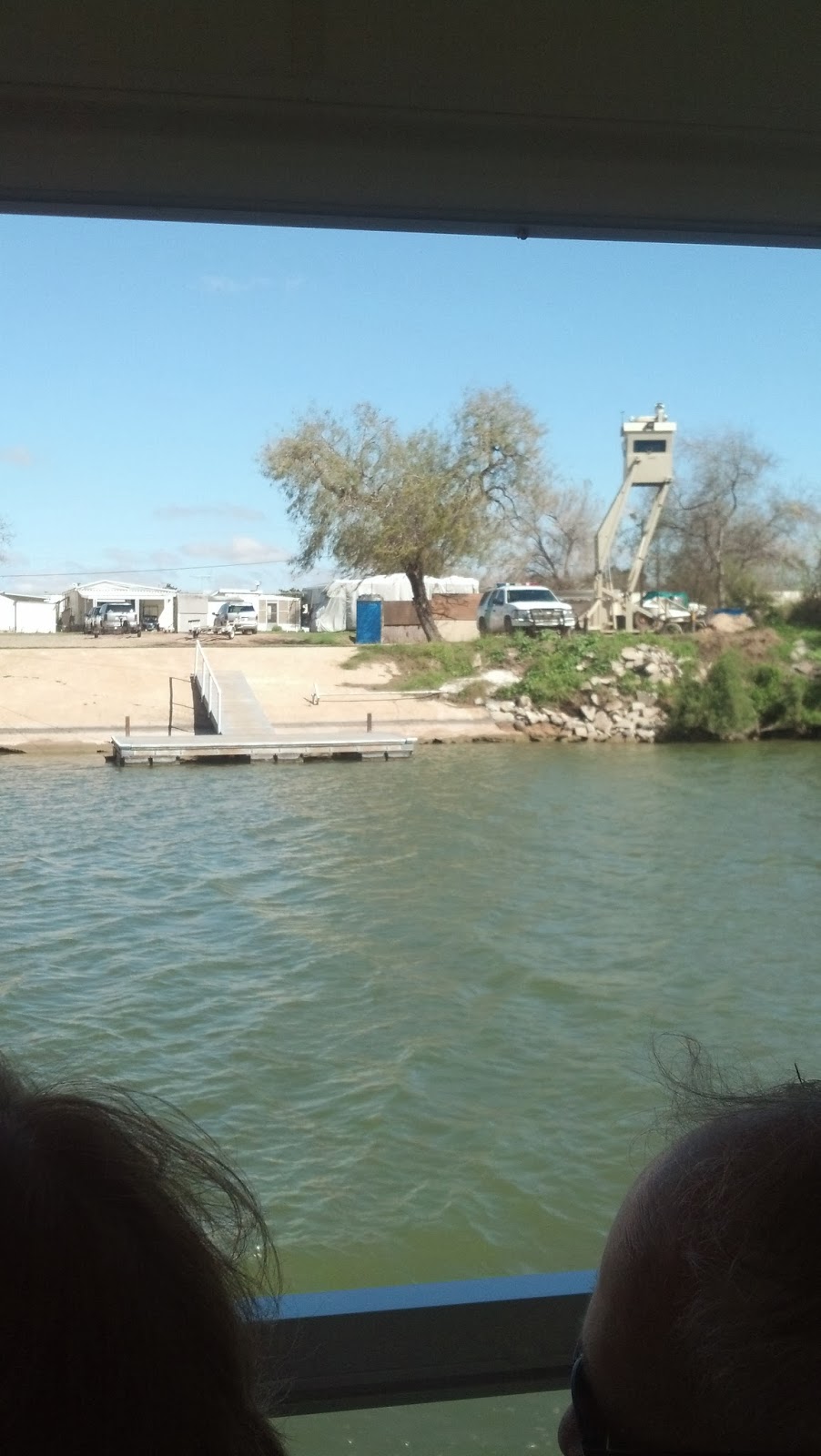 The boat launch is at the entrance to an RV park located along the river. 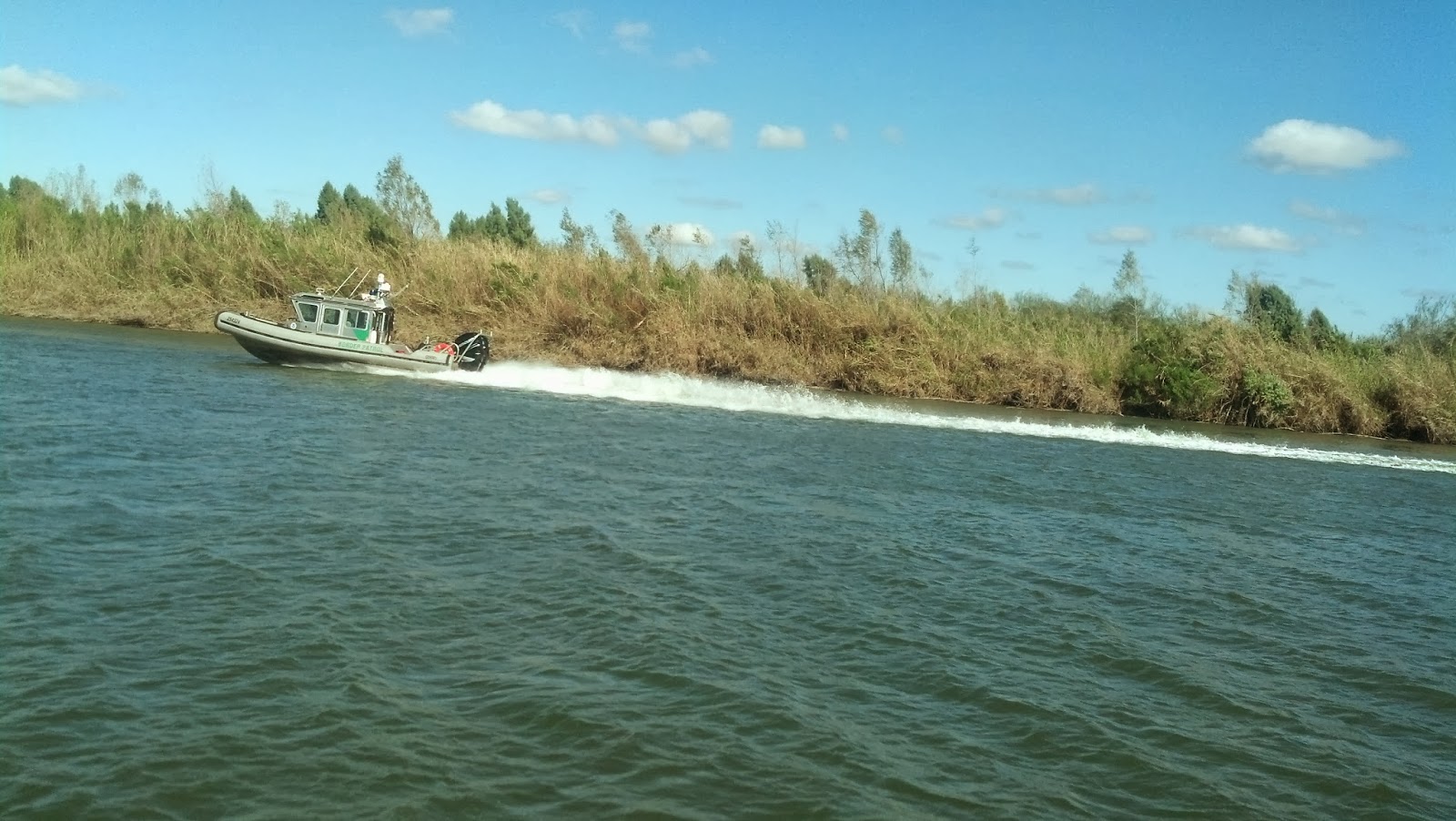 Further along, the US side there are few dwellings, mostly agriculture or "Thornscrub". (Everything in it cuts, pricks, scratches, or stings.) On the Mexican side there are many more structures. Some of the facilities have not been repaired since the river flooded in 2010. 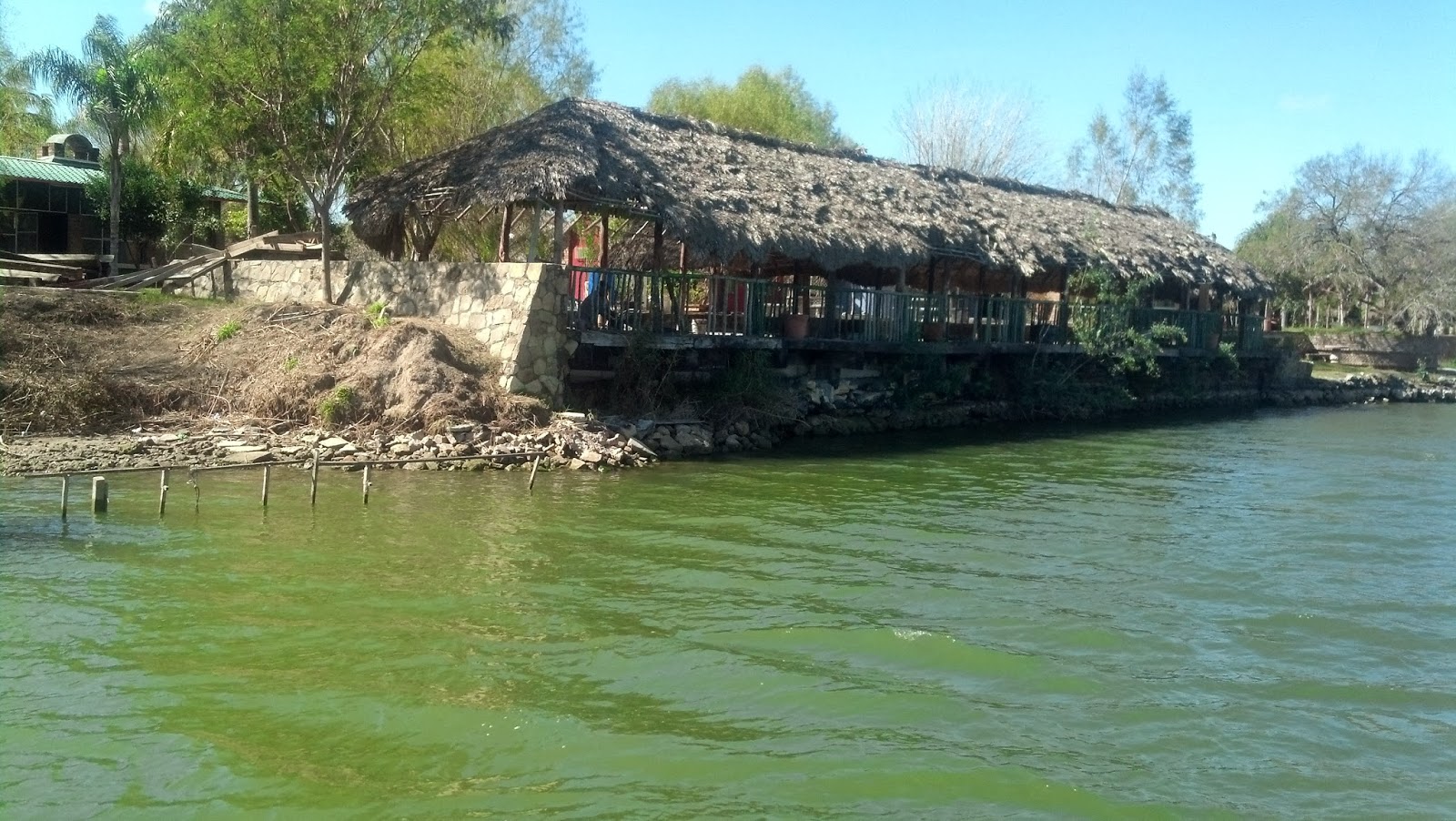 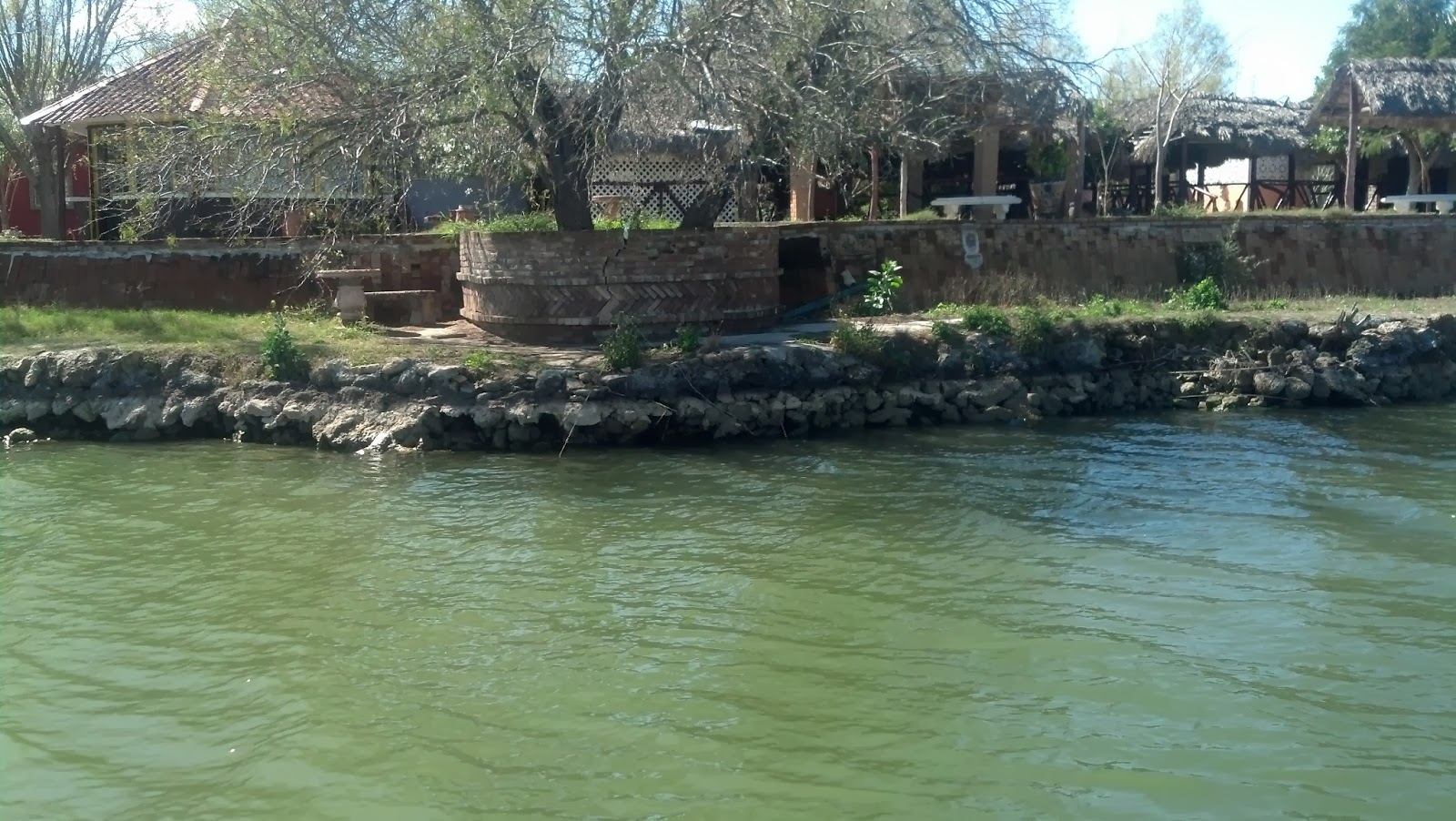 This was once a thriving restaurant that has not been reopened.  Check out the intricate, but broken, brick work.

There were some very elaborate homes and private vacation spots that had been repaired. 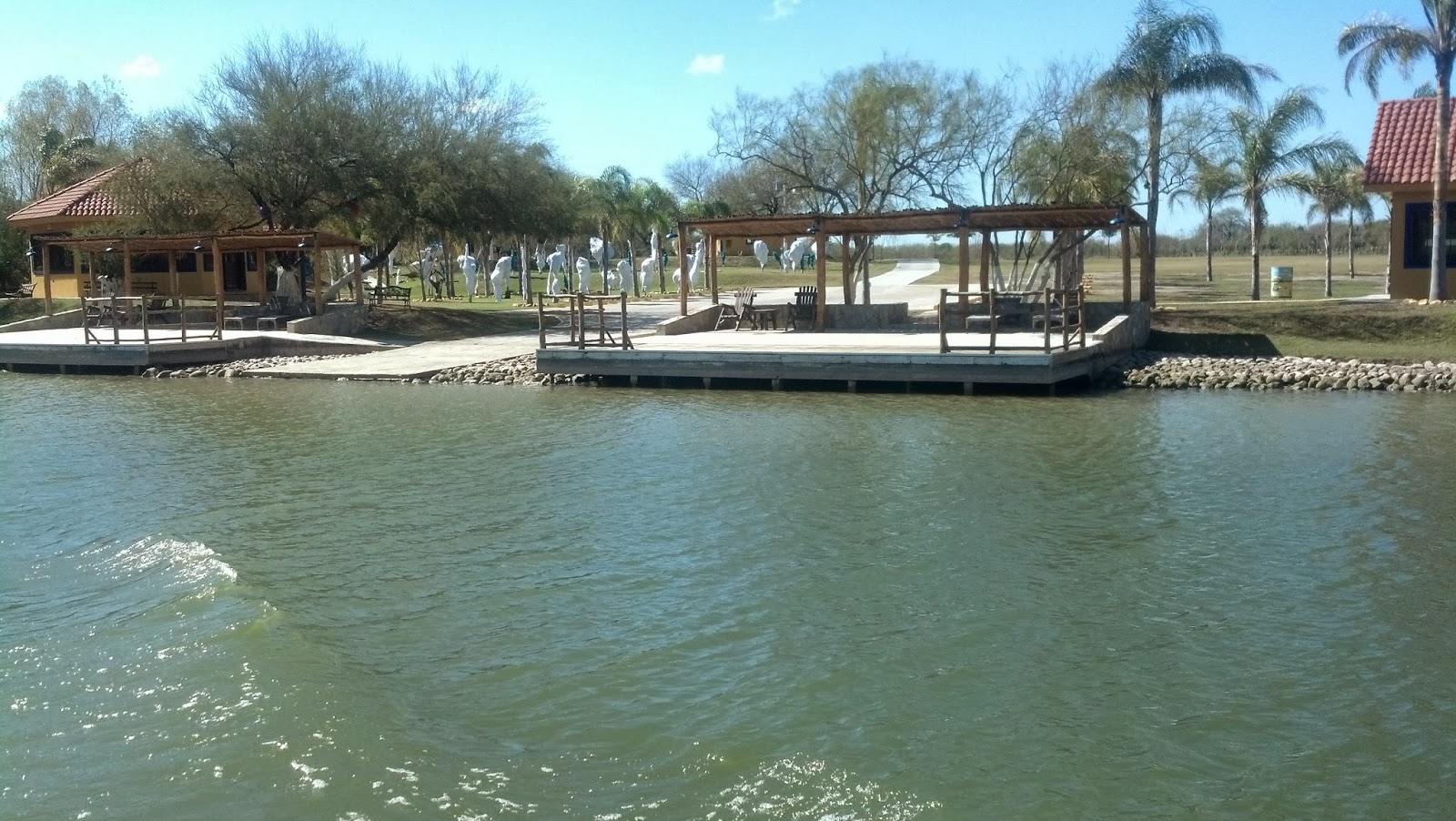 This private campground was ready for the threatened freeze that night.  I'm guessing the covered trees were roses. 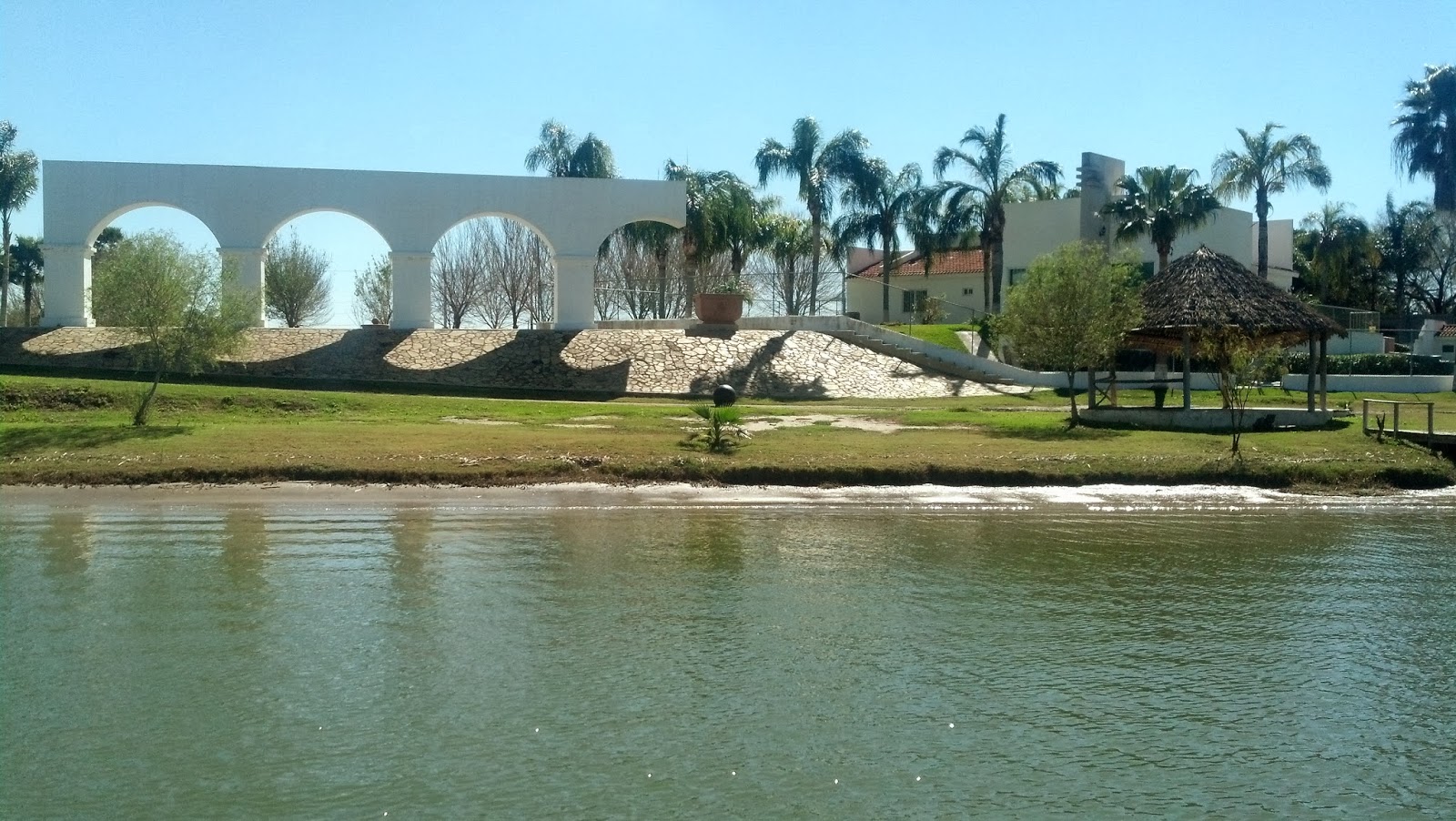 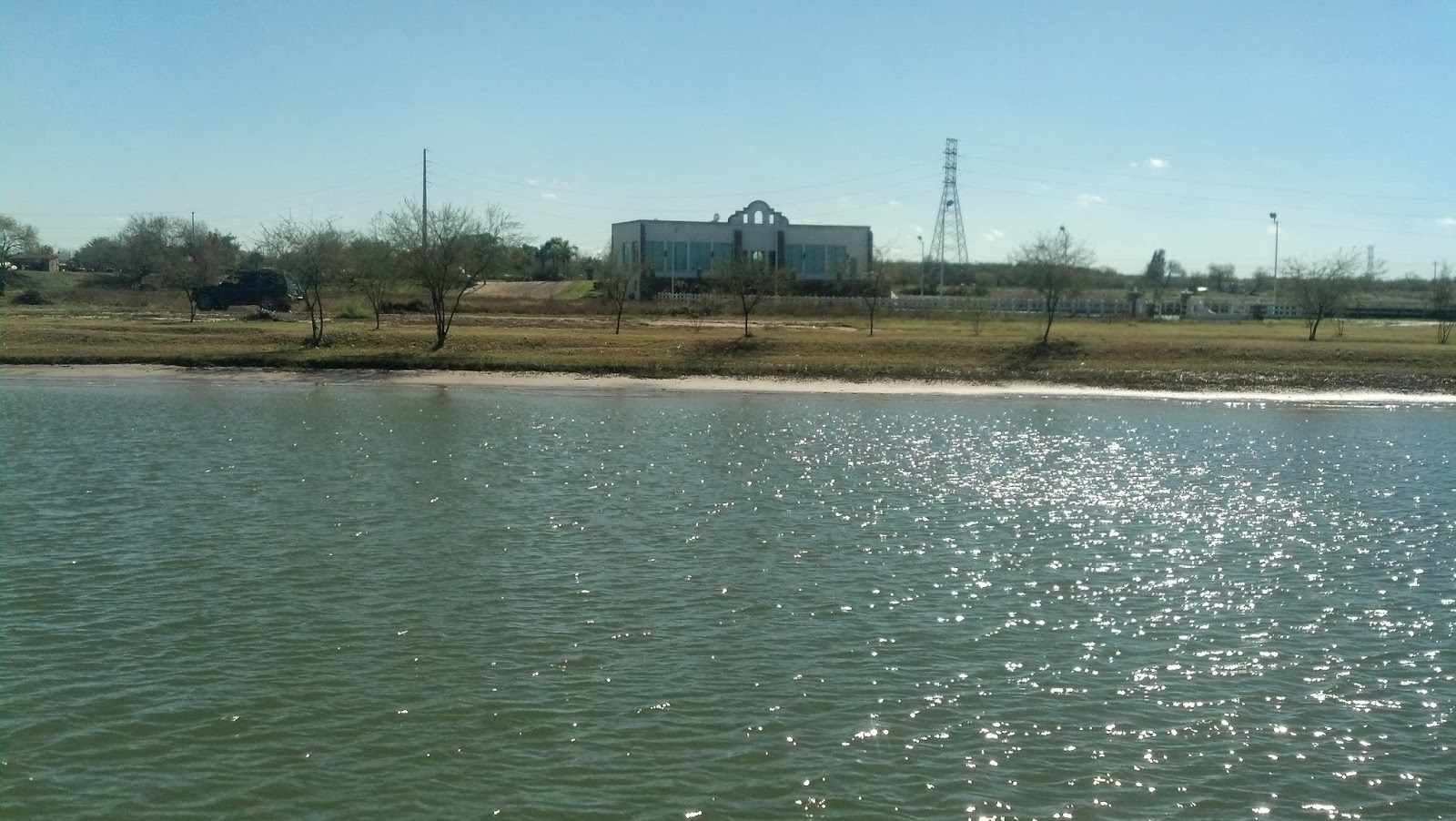 This was the stable that was part of the above estate.  Our driver said that in the past he would see many horses in the pasture but there had not been any since the flood. 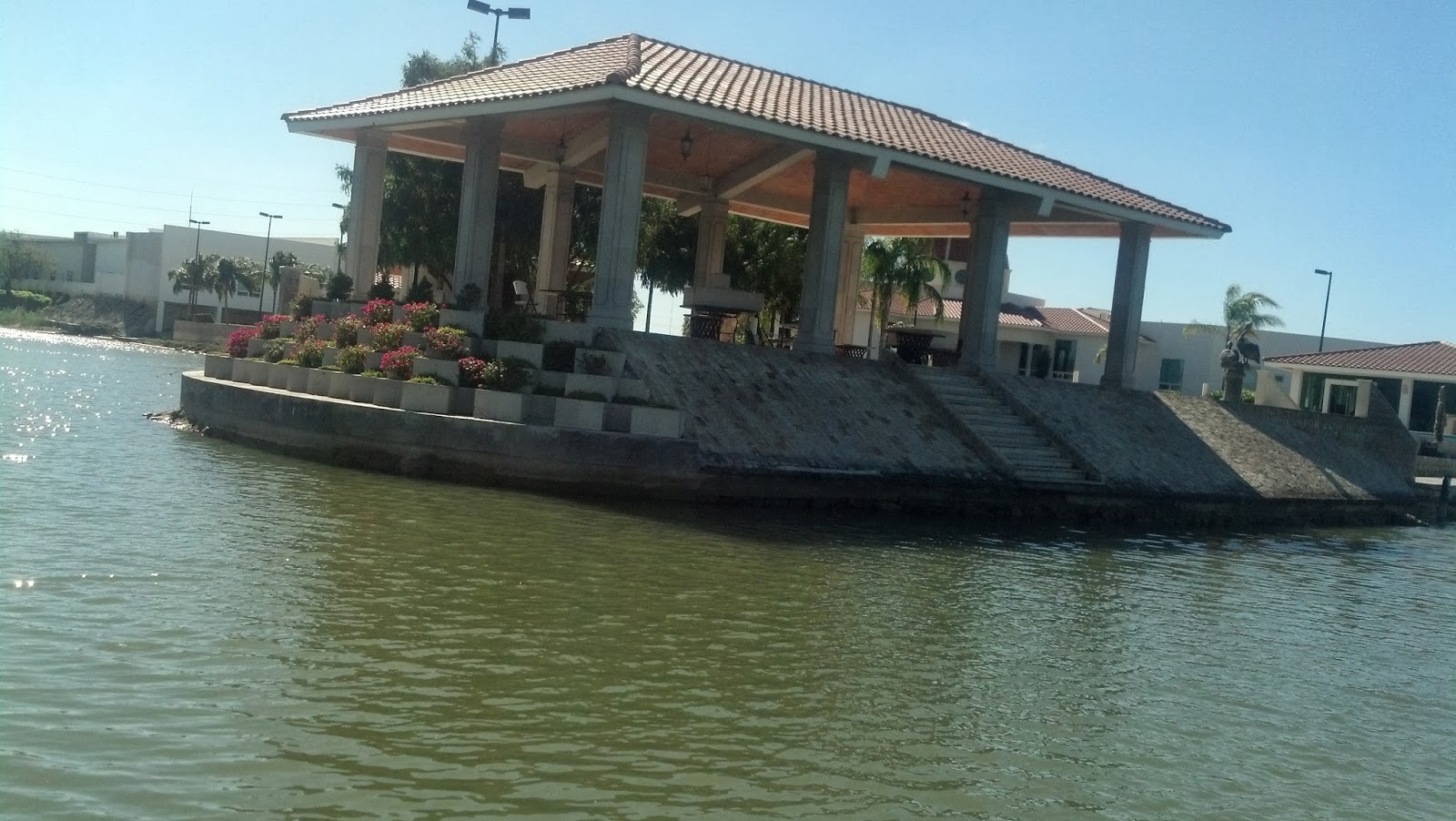 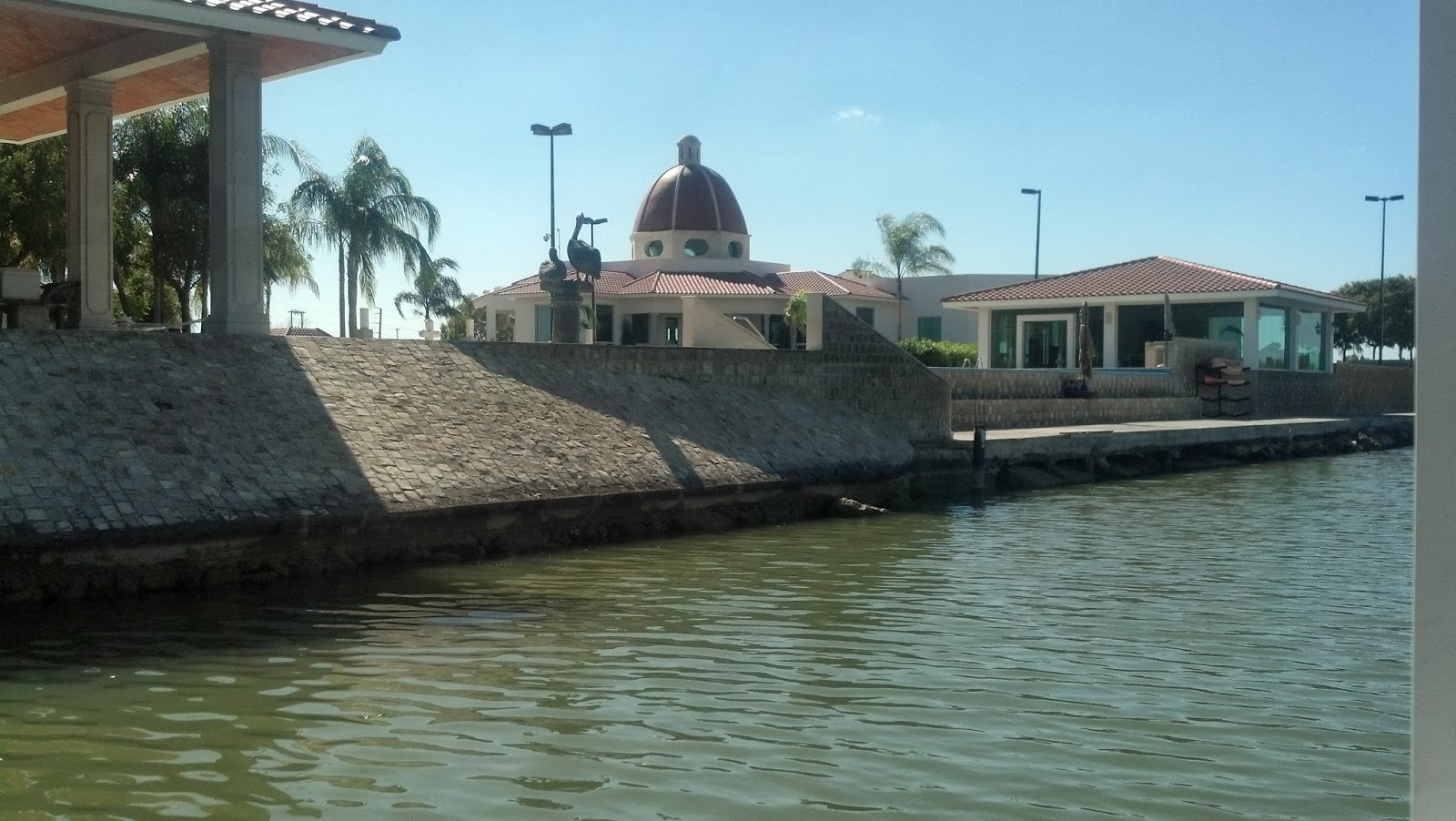 The glass pavilion was a workout room overlooking the pool.

On our way home we constructed our own narrative for the driver to use in the future.  We wanted more information about the buildings seen along the route, even if it was fiction.

The next day, Friday, Marlin and I worked in the AM and Mike and Mary joined the morning bird walk.   After lunch we headed for a rodeo in Los Fresnos, which is East toward South Padre Island. 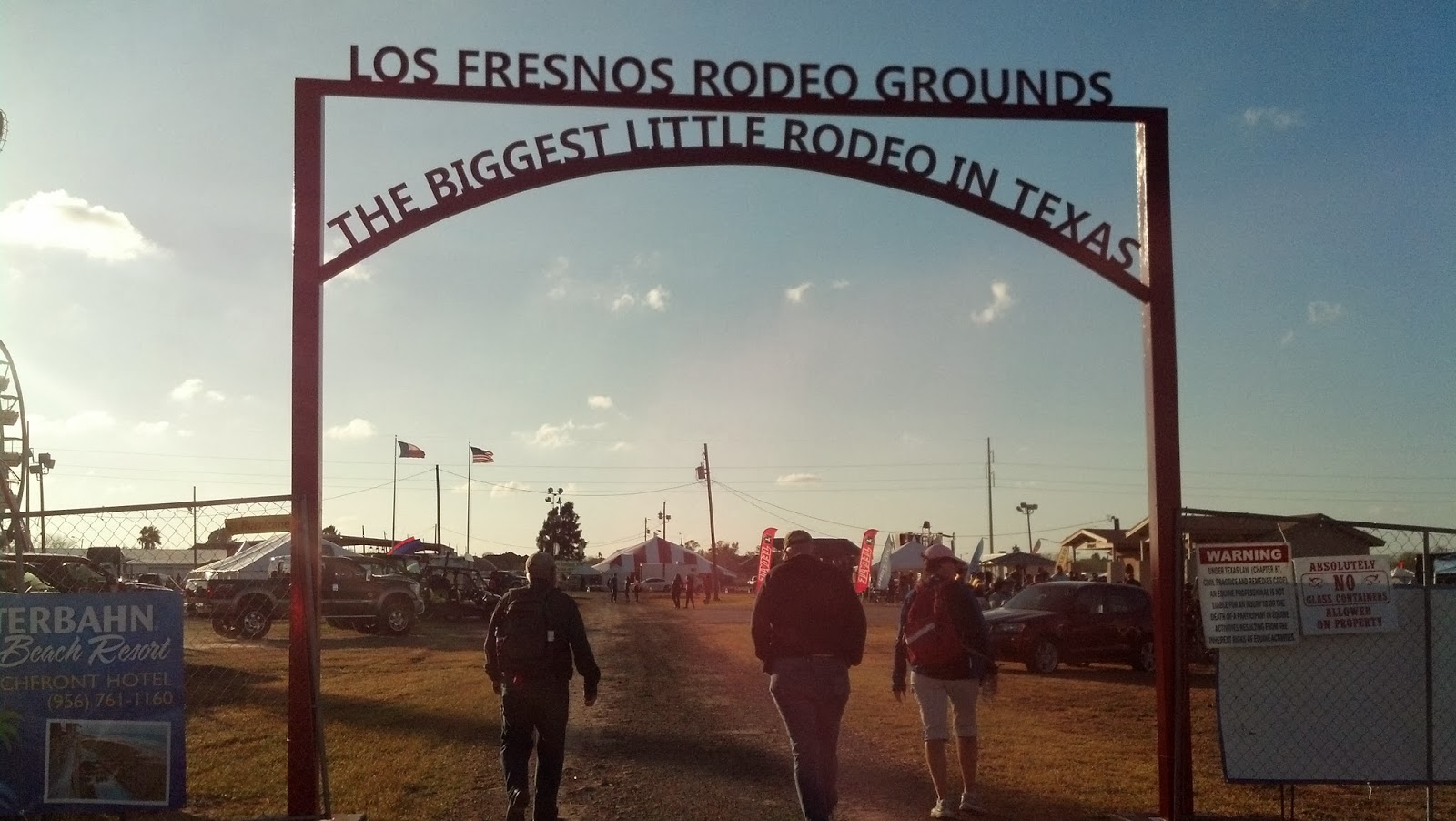 It was the first night at this local event so the crowds were moderate.  We were able to be first in line for all the junk food we could eat!  What is a fair, or rodeo, without junk food.  The curly  fries were appropriately greasy but the sausage, pepper, onion was delicious.

I only had my phone camera, so the pictures were extremely poor quality.  I will post a few just to get the rodeo feeling. 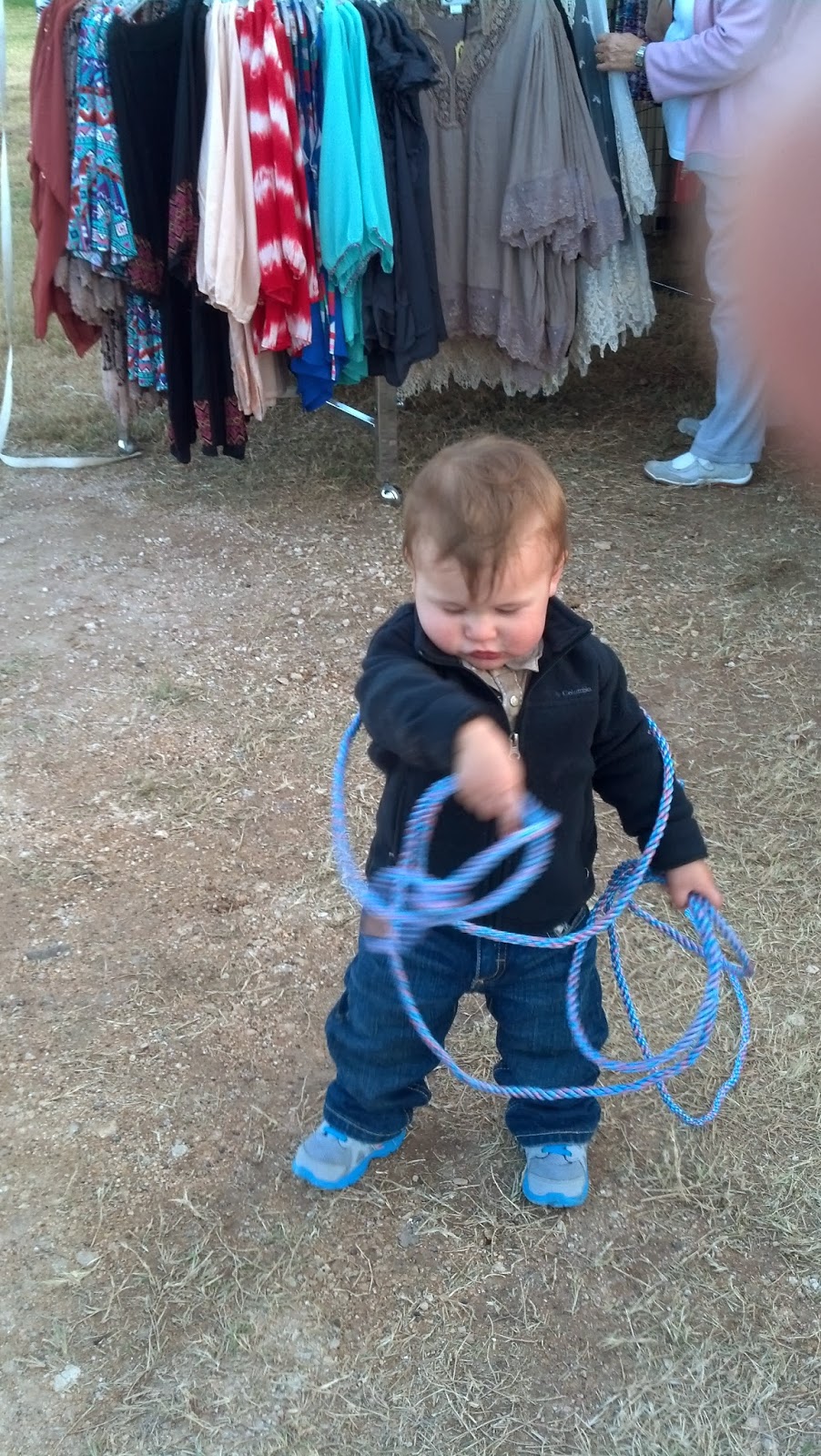 Future roper!  He really knew how to do it.  When he got tangled, he handed it off to Dad to untangle. 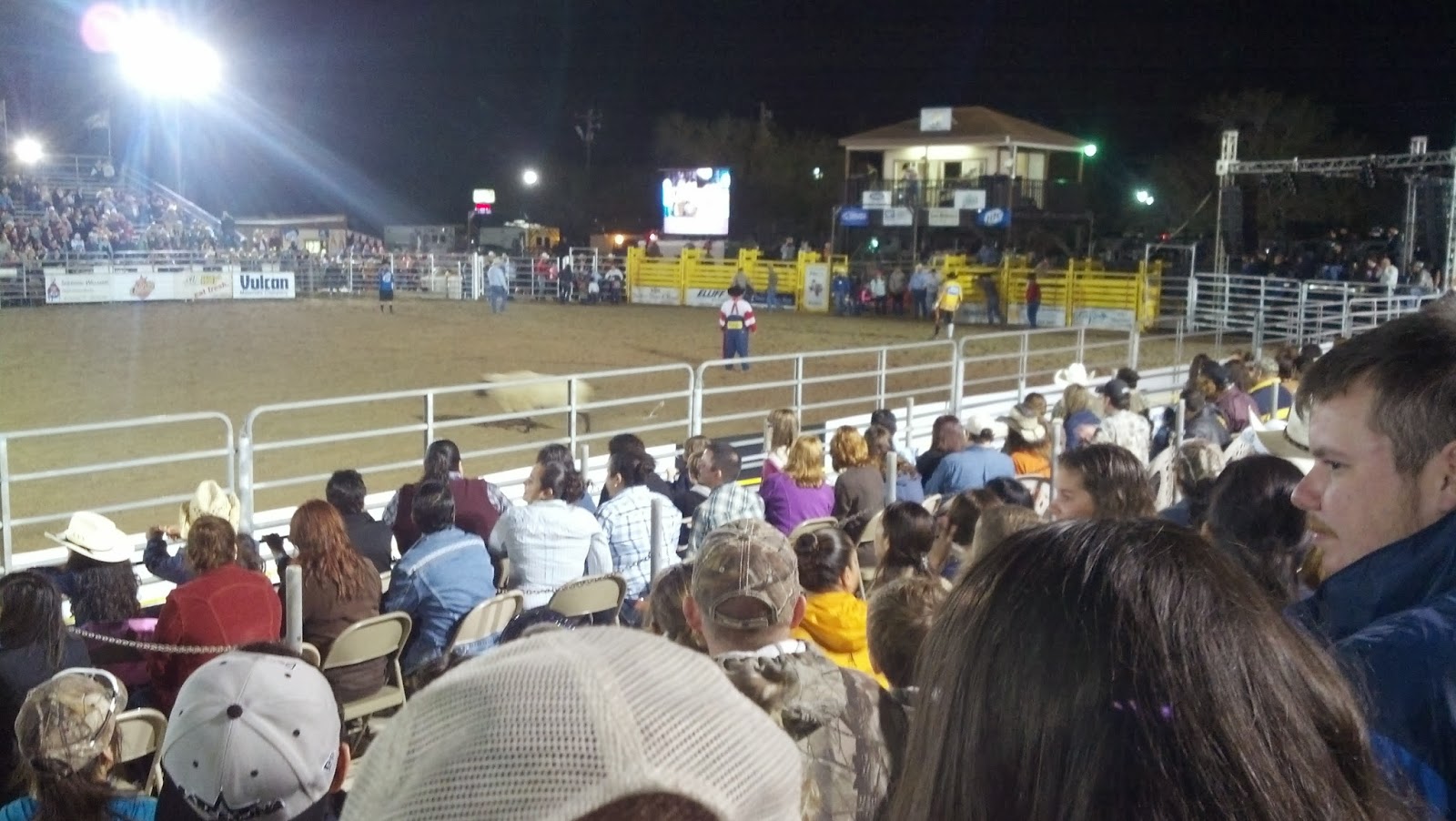 This rodeo only had one clown and he was more a comedian than a diversion for the bulls/cows/horses.

Hard to tell from this picture, but there is a preschooler, with a helmet on, riding this sheep. There were 10 contestants and only one of them was able to stay on the sheep after it left the gate.

Dare a teen to do anything and they will give it a shot!  This rough and tough group had to chase a calf, get a rope around it, and bring it across the starting line.  Lots of laughs, few successes! The calves won that one.

Saturday morning the Hartts left for Houston where their flight departed a 6AM the next morning.  It was a busy visit but the camper was adequate for four people and although we did not have very warm weather, we squeezed in lots of activity and card playing.
Anyone else want to come down for a visit??