Sabal Palms Audubon Sanctuary is in Brownsville, TX.  It was the first stop on a day long birding trip with the Bentsen Palm RV Park's birding group.  Fourteen adventurers left the park around 7:30 for the hour drive to Brownsville.

The Visitors center for the sanctuary is currently located in a renovated Queen Anne style mansion.  This house was build by Frank Rabb in 1892 on his 20,000 acre plantation.  Originally the house was in view of the Rio Grande River, where steam boats could be seen during their waning era as the principal boats on the river.  In later years, a hurricane changed the course of the river once again, leaving only a resaca (a bend of river cut off from the new flow), close to the house. 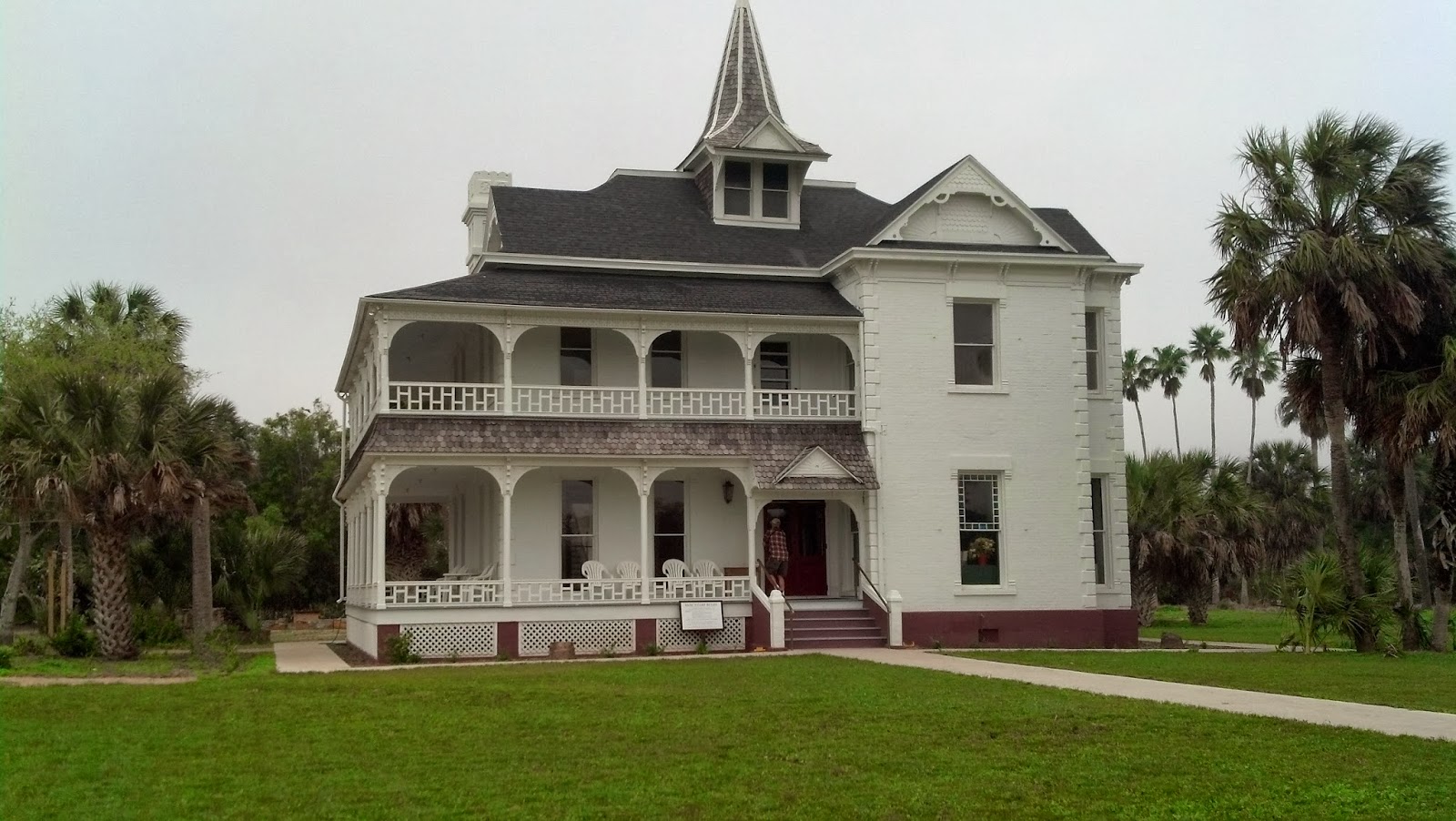 Frank Rabb was an important figure in bringing wide spread irrigation systems to this area.  The docent at the sanctuary showed us a picture of the house with cultivated fields right up to the house.  However, for some reason, Mr. Rabb conserved a 200 acre stand of Sabal Palm trees.  In 1917 Rabb offered this 200 acres to the government for conservation, but it took until 1971 for the Audubon Society to acquire the 30 acre plot of old growth Sabal Palms, which are the only palm tree native to Texas. 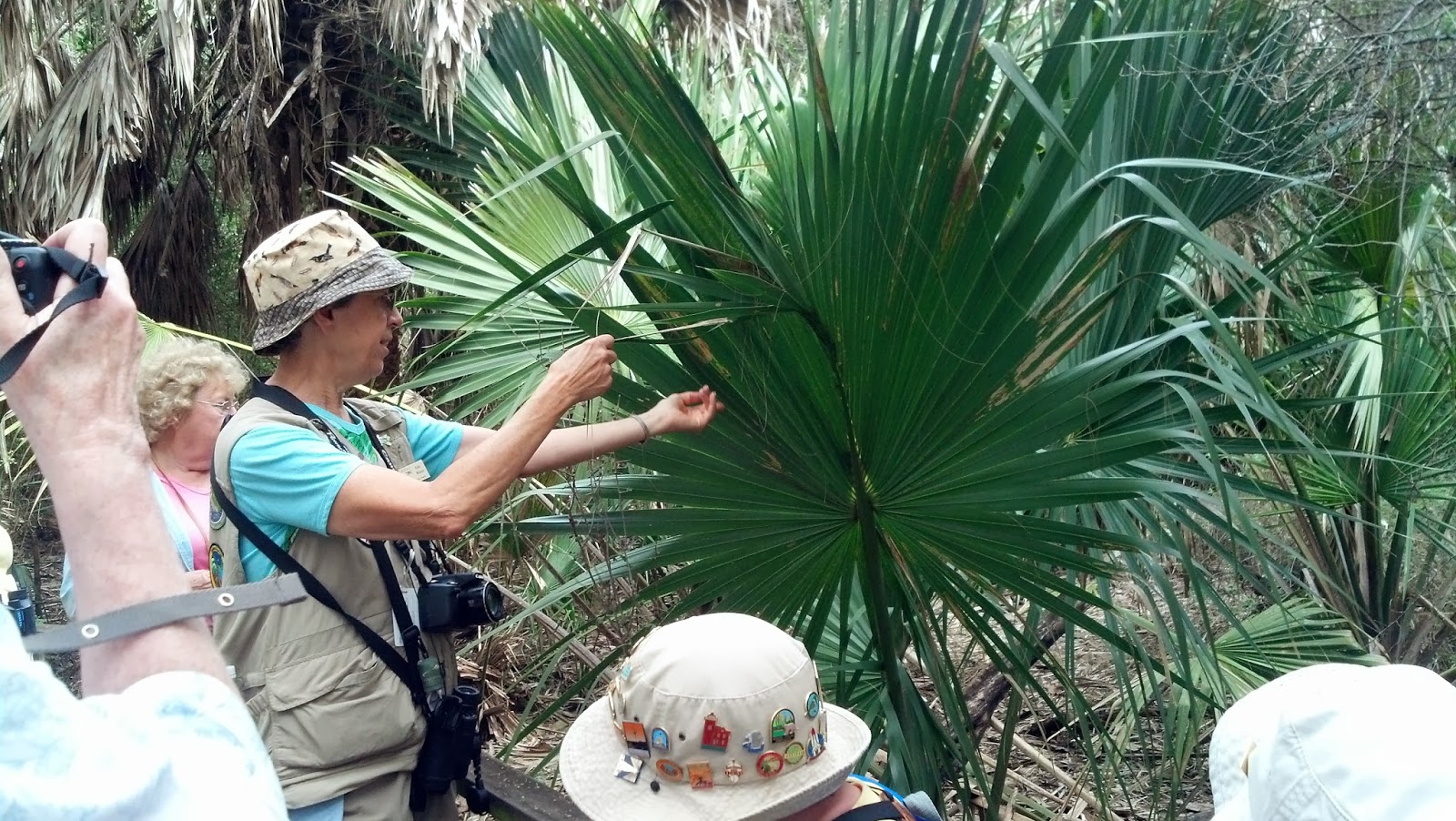 Kathy Whittier, the group organizer, explaining how to tell a Sabal Palm from other palm trees.  The central stem causes the palm to form a V shape.  Hard to explain without a picture (which I did not think to take). 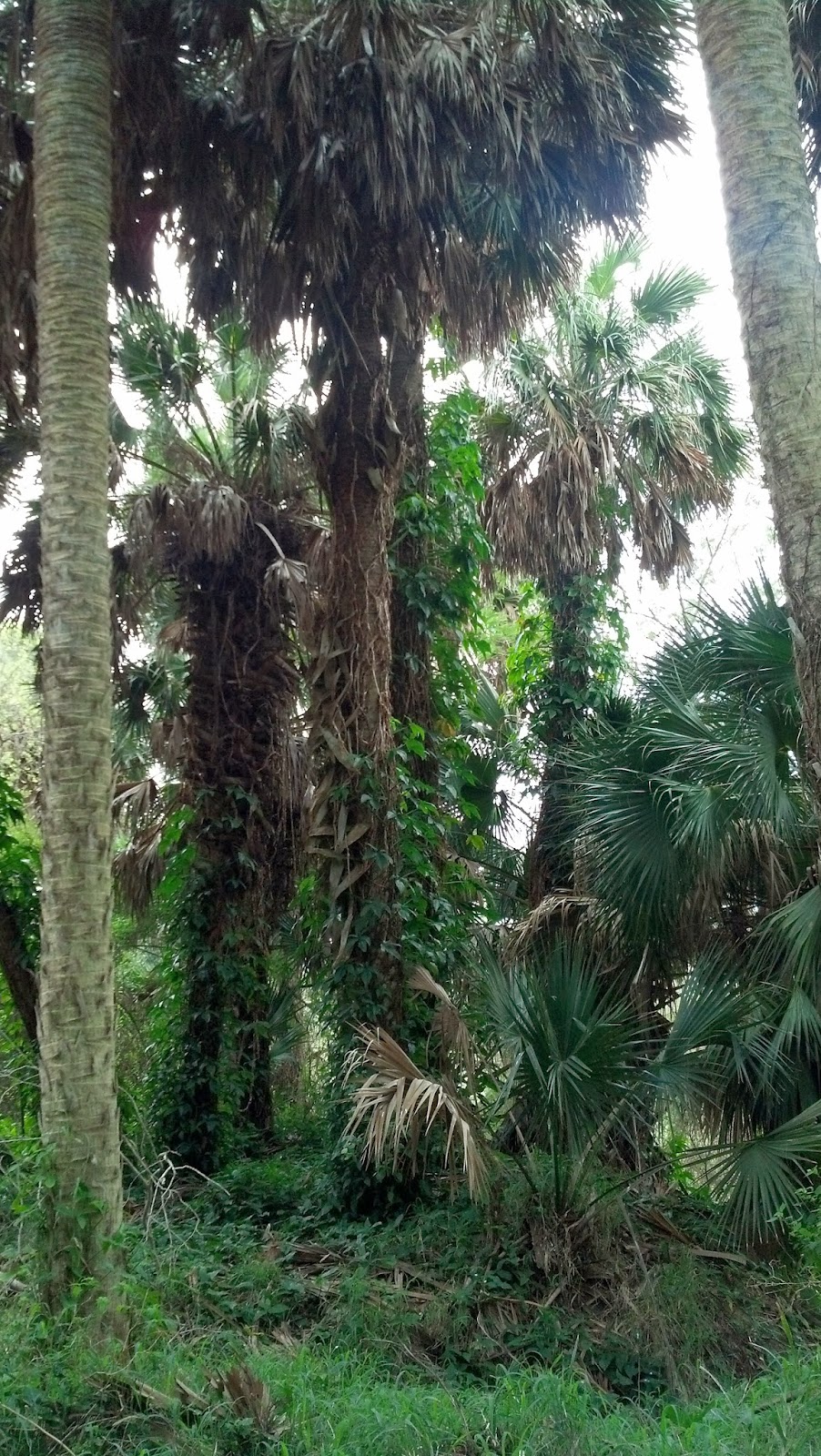 It is also difficult to capture this palm forest with a camera.  The paths weave a peaceful trail in and around the palms.  Lots of birds, naturally. 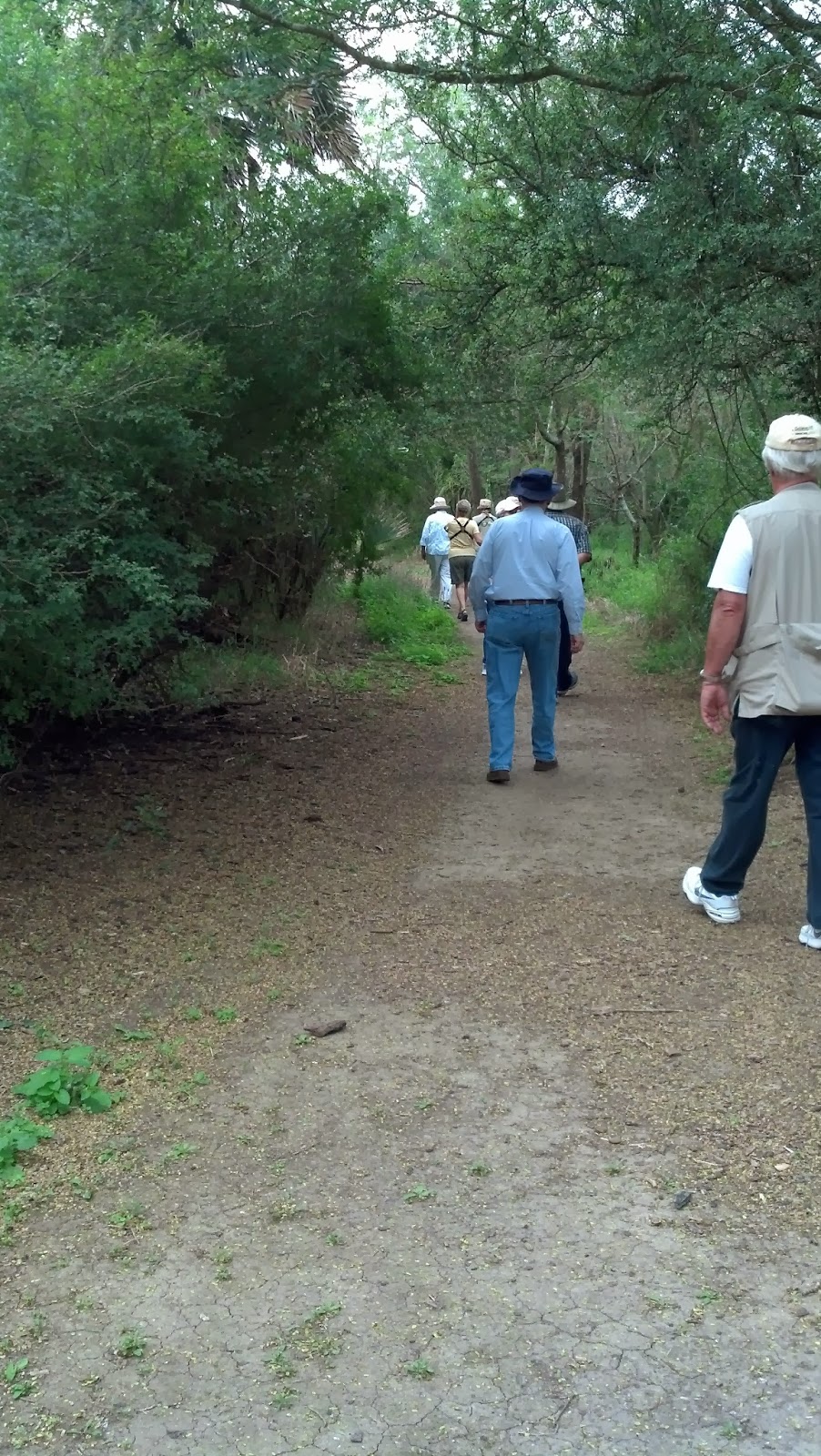 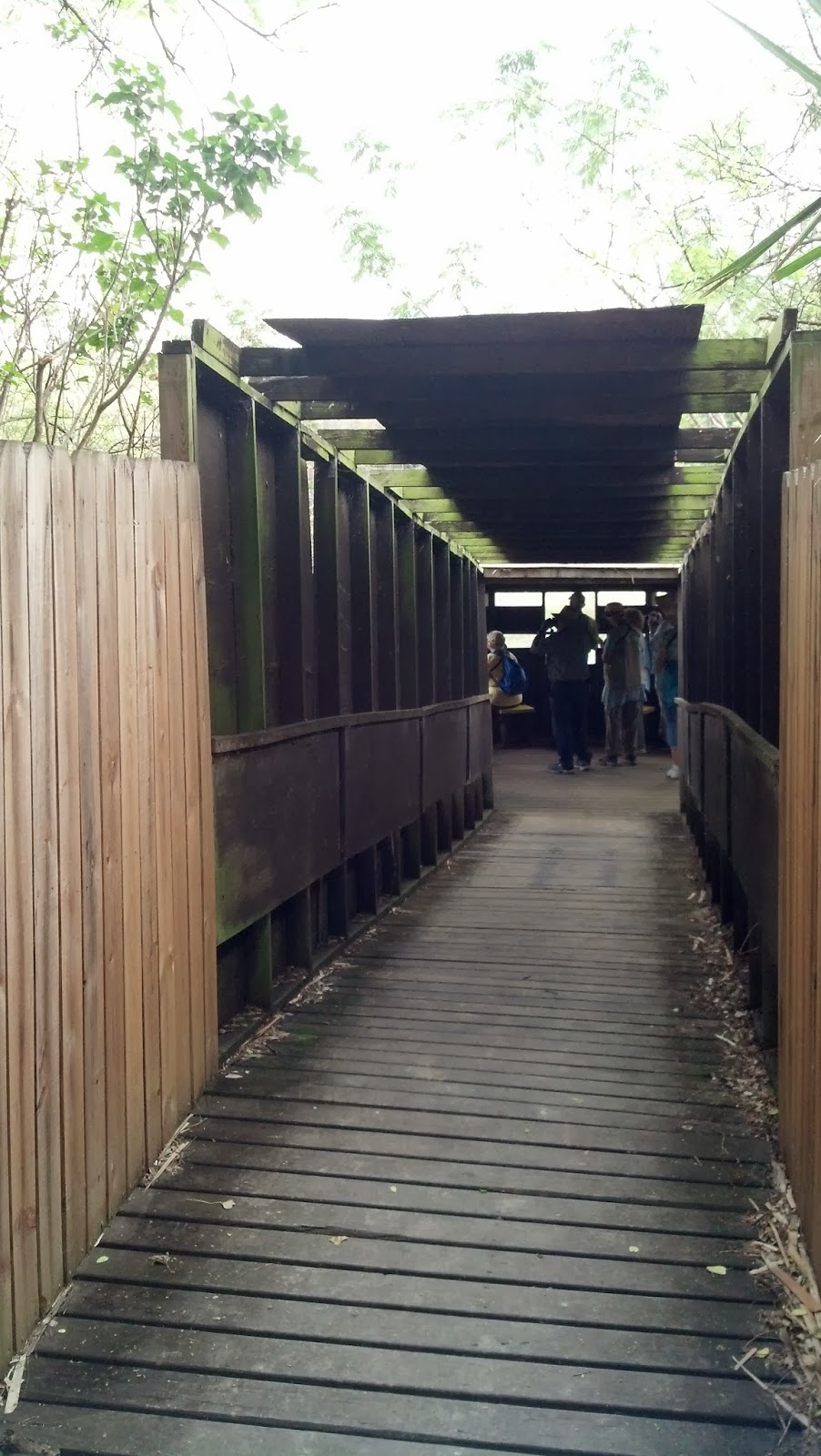 This bird blind reached out over one end of the resaca and was full of ducks and other water birds. 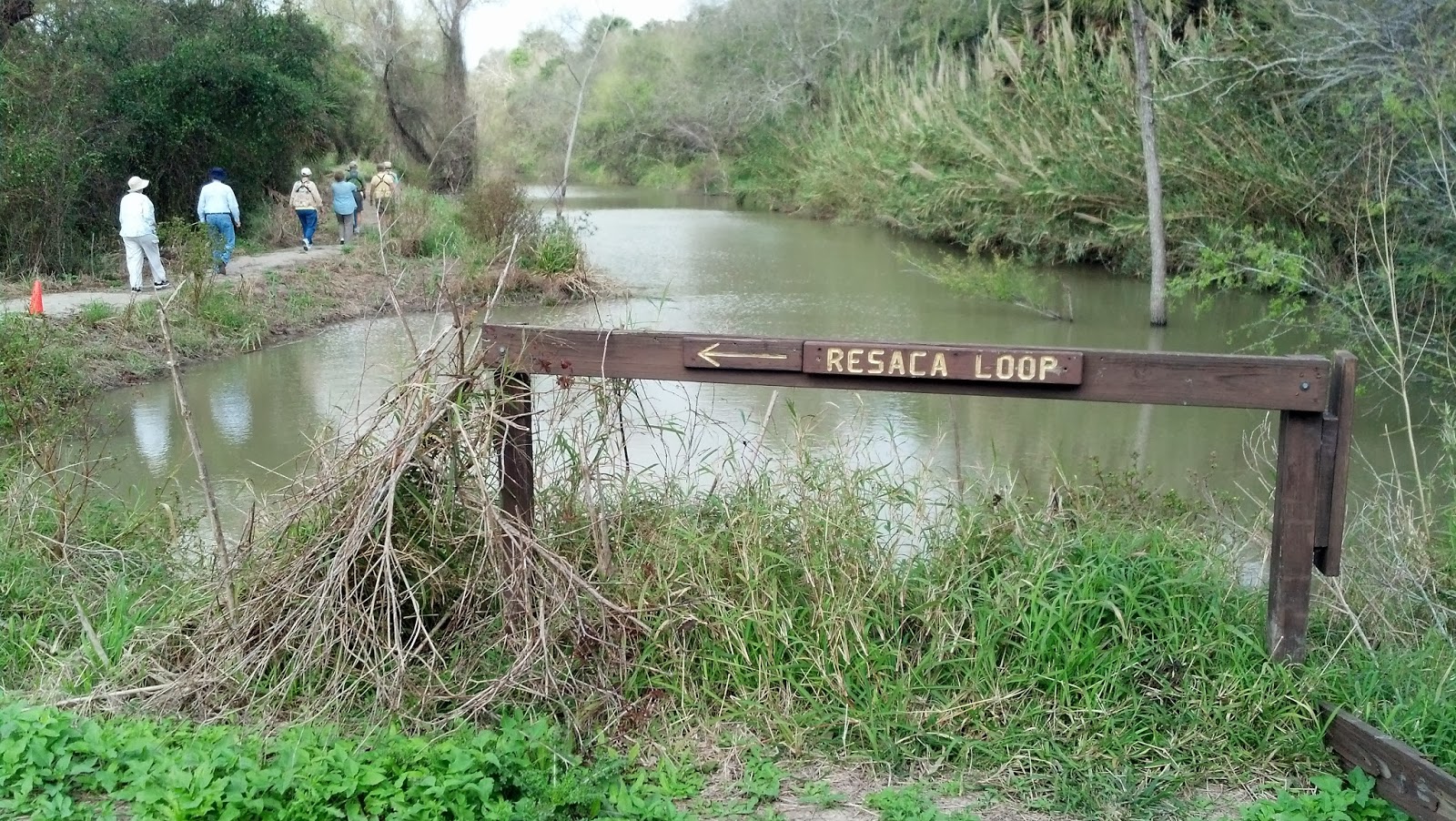 One of the trails followed the edge of the resaca and even, at one spot, crossed it with a bridge. 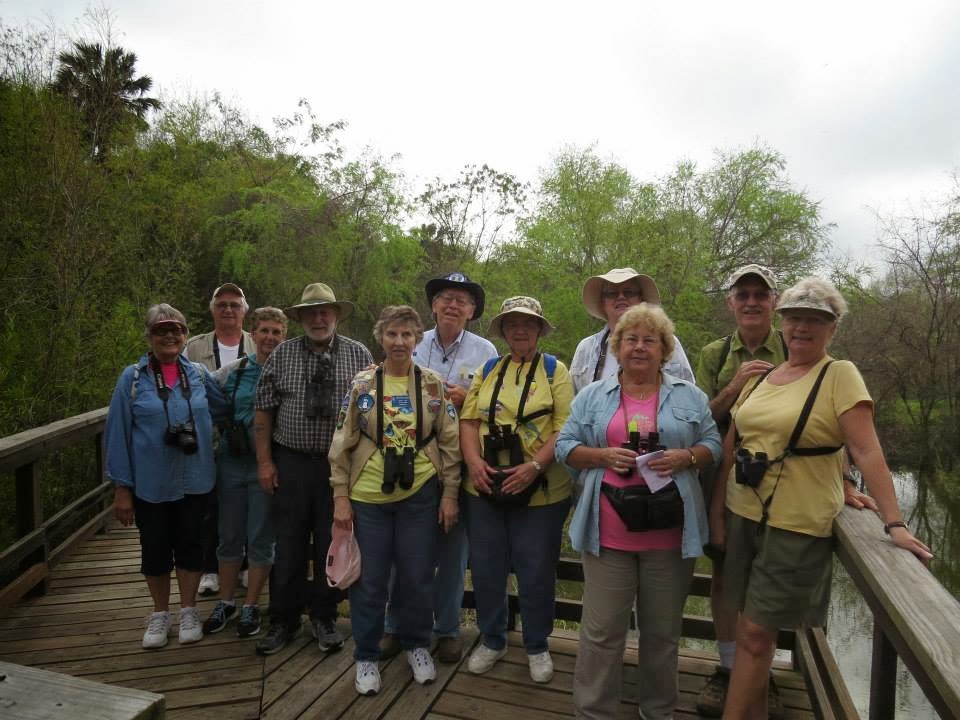 Part of our group on the bridge over the resaca. 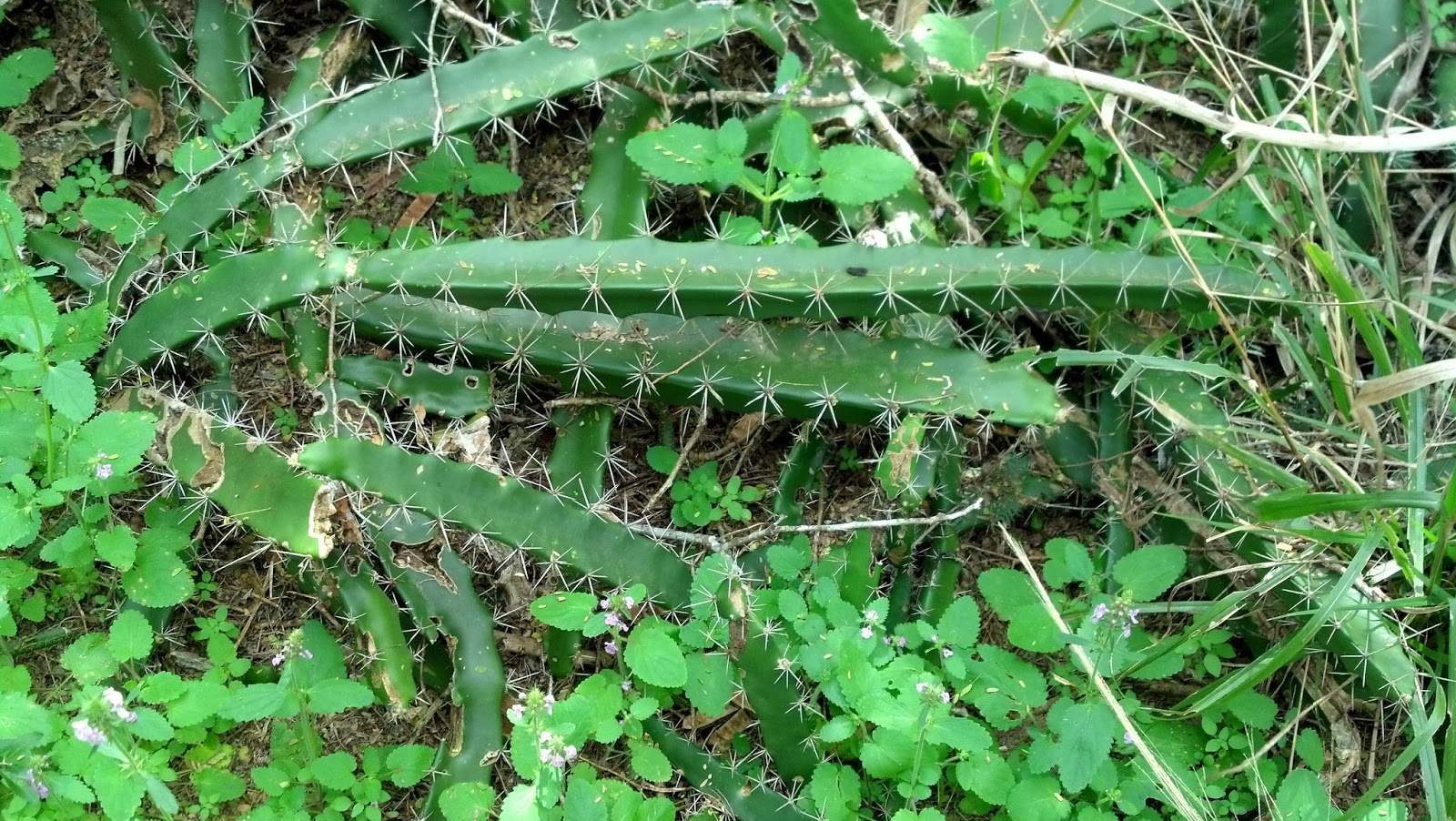 This is a night blooming cacti.  The group stopped and there was quite a discussion with one person who had seen it bloom with fist size blossoms in the middle of the night.  We did find several tiny buds and joked about coming back at night in a week or so to witness the event.

A little whimsy back at the visitors center.  This bird feeder is made from old yard sale pieces of glassware.  Good idea.


Our next stop on this junket was at the Brownsville Land Fill!  Yes, that's right, the dump.  Birders will go anywhere if there is some rare bird to be seen.  There have been reports of a Chihuahuan raven and the Tamaulipas crow flying there. 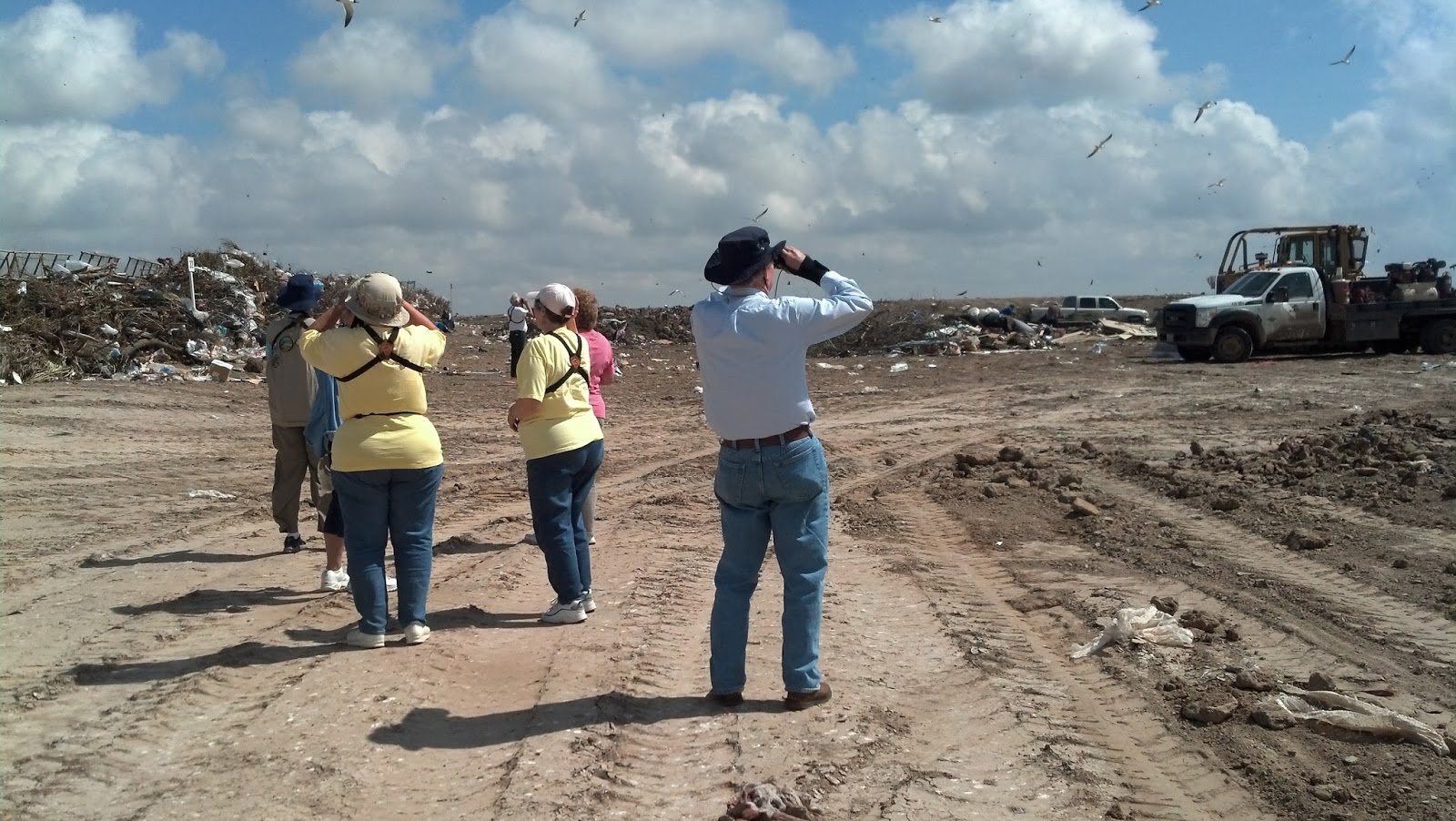 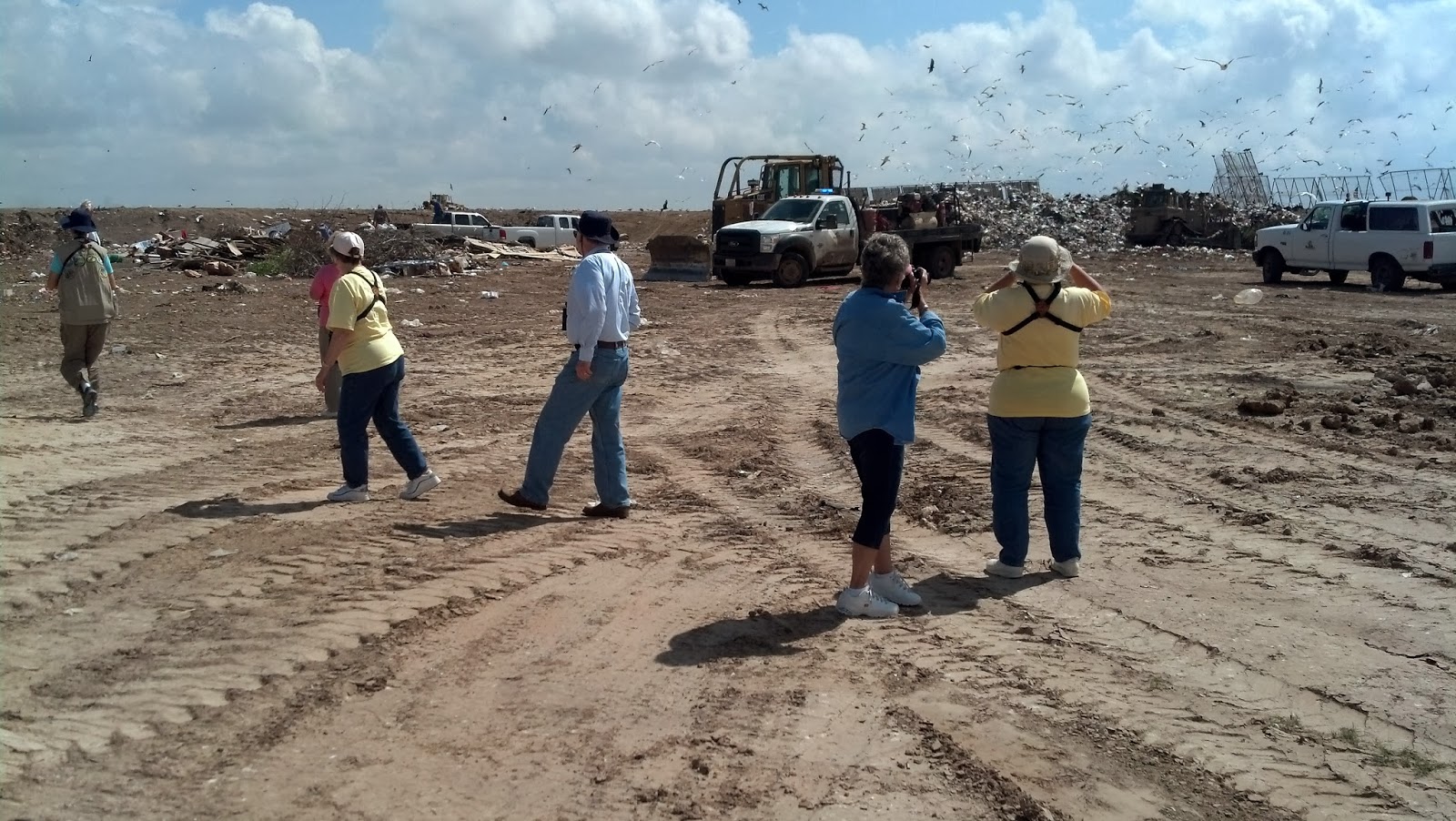 Quite a contrast from our last stop!  We persevered for about half an hour.  There were enormous flocks of black birds and, of course, sea gulls, but no one spotted either of the desired birds.  The car Marlin and I were riding in was the last in line to leave the top part of the land fill  and what should be see, perched on a piece of fence at the exit, but the Chihuahuan Raven.  At first I said it was too small to be a raven but when I looked it up in the book, this guy is 5 inches smaller than a common raven.  I could really get into this birding thing!

Another entertaining day in Texas!
Posted by cooktravelogue2007-8.blogspot.com at 7:48 PM