Jackson Hole and the Grand Tetons

Grand is an appropriate choice to describe this range of mountains. The ragged peaks jump up right off the valley floor, without so much as a small foothill to obstruct your approach. This is a hikers paradise, with treks ranging from an easy mile or two to technical climbs to the top of the tallest peak. Grand Teton National Park was established in 1929 but was enlarged to its present size by a gift of 19,000 acres of land from John D. Rockefeller, Jr. in 1950. He had been acquiring land in the area with the idea of enlarging the park but when he offered to donate his land to the government, he was rebuffed. Rockefeller then declared that he would sell this acreage to the highest bidder, quickly his initial offer was accepted and Grand Teton National Park was greatly enlarged.

We traveled straight from Yellowstone to Jackson Hole, taking the easterly road through the park with a brief stop at their new Craig Thomas Discovery and Visitors Center located at Moose. It is a great new building, featuring the best park bookstore I have ever been in. It may have been because this new facility allowed ample space for the books to be displayed in a more enticing layout, but I could have bought a dozen or so, on top of Marlin’s dozen or so.
The exhibit area was novel in their use of the floor as a projection screen for a video of changing natural scenes, which included the sounds of streams, or wind, or what ever the camera was viewing. As the history of the park was reviewed, the displays included life size statues of the central characters who were involved either in homesteading, climbing the peaks, or folks critical to the formation of the park. One I particularly liked was a man in what appeared to be street clothing and a soft hat, with an ordinary looking rope tied loosely around his middle, perched half way up a tall flat vertical slab representing Mt. Teton. This was the man who made the first successful assent of this highest mountain.

Jackson Hole is small in size but big in character. It is located next door to the only National Elk Refuge in existence. Jackson makes this evident by welcoming folks to visit the town square park through four arches constructed completely of elk antlers. The local Boy Scout troop is allowed to collect the fallen antlers each winter. Since the arches have been completed, the scouts now sell the antlers at a yearly auction.

The Cowboy Bar is a unique and well known establishment, famous for their bar stools fashioned with saddles for seating. Fairly comfortable, but my stirrups were too long. We went in for a drink and had a surprisingly excellent hamburger while we were there.

On Tuesday we connected with Jacob Dunton of Dixmont fame, and had a great visit over lunch at a local brewery. We caught up with what each member of our families were doing and the personality of this town. Looks like Jacob is in Wyoming to stay, his license plates are Wyoming and he explained about investigating the local housing lottery. He talked excitedly about his skiing adventures and was waiting impatiently for the first snow. I was envious until he described the slopes as “straight down”, and their blue and green trails more like black diamonds.

After two days catching up on housekeeping necessities, as well as sight seeing, we drove back up the western road into the park. We stopped briefly at Jackson Hole Ski Mountain, where they are installing a new 40 person lift, then went on to Jenny Lake where we were scared off by tour buses. The drive along this inner road brought us closer to the peaks with many stops for photos. 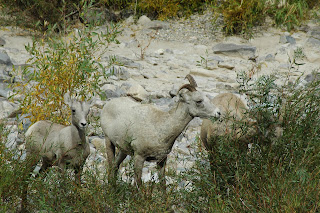 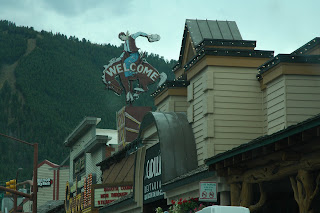 The top of the Cowboy Bar 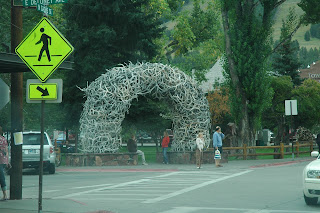 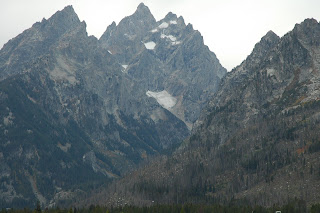 The Tetons up close 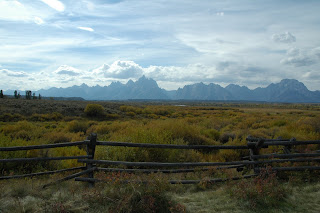 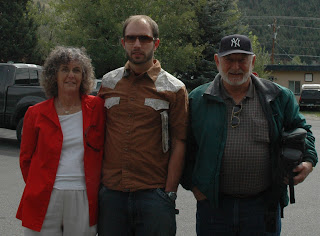