Our next adventure began when we moved north from Naples to Arcadia, Florida.  The Burwells were still in Arcadia and we wanted to help Julie celebrate her birthday.  Which we did. 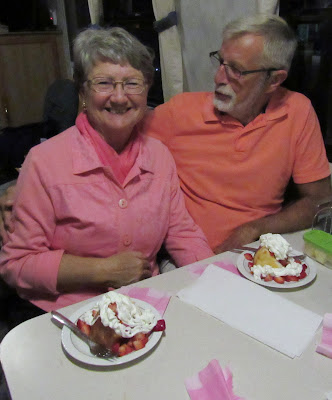 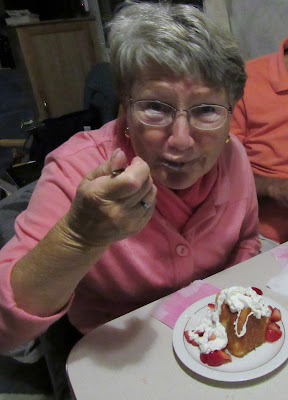 Julie's Birthday request:  Angel food cake with strawberries and whipped cream, no candles. (She doesn't like the wax!)

The day after her celebration, we went to see the famous Boc Tower Gardens in Lake Whales, FL. 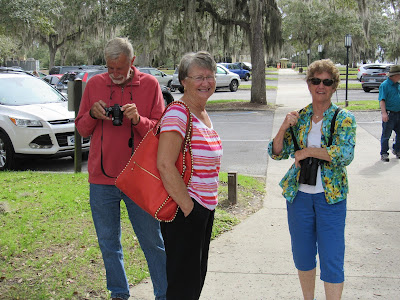 The 205 foot "singing" tower rises above the tree line long before you reach the parking lot. 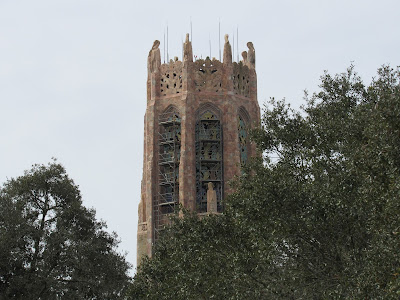 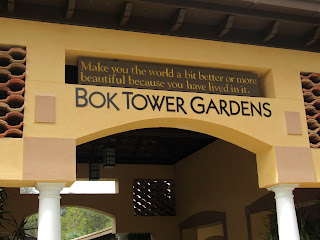 The Garden motto, "make the world a bit better or more beautiful because you have lived in it", is taken from Edward Boc's grandmother's advice to him.

This amazing "carillon" tower was the inspiration of Edward W. Boc, former editor of The Ladies Home Journal.  In following his Grandmother's advise, he purchased the land on Iron Mountain, in Lake Wales, Florida, with the idea of creating a bird sanctuary.  Iron Mountain, which at 298 feet  above sea level, is the highest elevation in the entire State.  Boc began by commissioning the famous landscape architect, Frederick Law Olmsted Jr., and instructed him to turn the sand hill into a place of beauty. 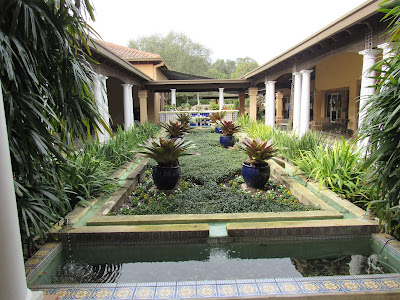 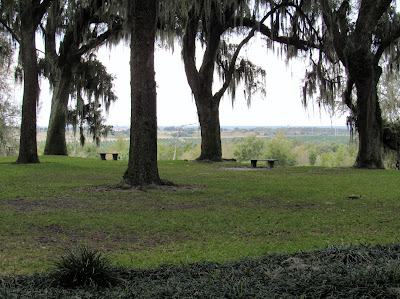 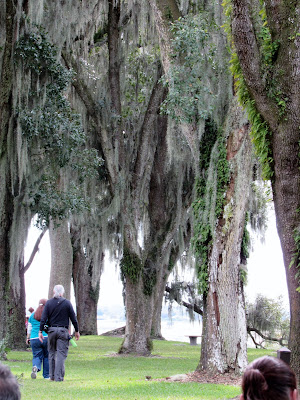 The established gardens are home to over 126 different species of birds and mammals.

The Tower Reflecting Pool was created to entice birds and animals to take up residence in the garden.  It also offers a striking first view of the tower. 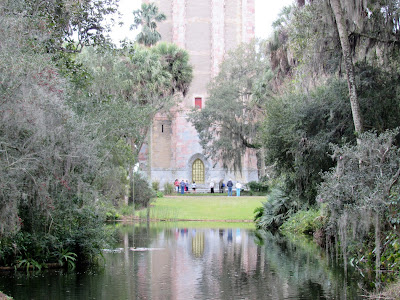 Boc Tower, designed by Milton B. Medary, architect, sculpted by stone sculptor Lew Lawrie, and the colored tiles at the top, designed by J.H. Dulles Allen. 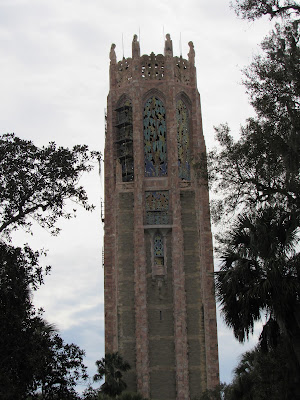 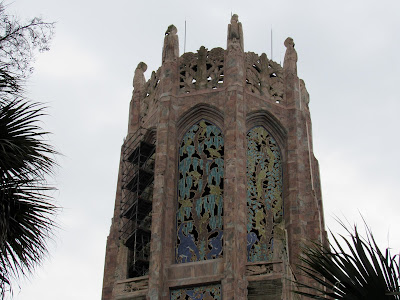 The Eagles at the very top were carved in place.

The enormous brass doors were carved by master metalworker Samuel Yellin.  They depict scenes from the Bible's book of Genesis.  More information about the creators of this great tower can be found on www.boctowergardens.org. 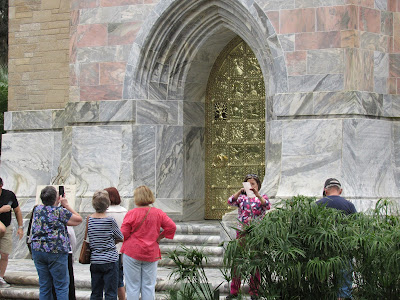 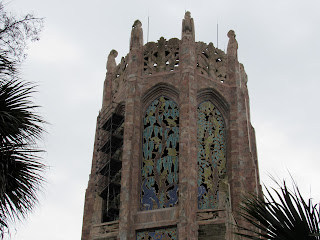 Ceramic tile  panels cover the bell tower and allow the music to be heard in the entire garden. 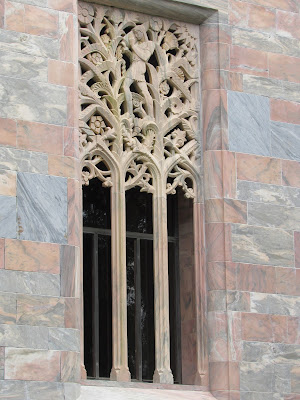 Other sculptures on the tower depict nature scenes.


This magnificent tower was specifically built to house a "Carillon", which was an entirely new concept for me.  Popular in Europe, a true carillon must have at least 23 cast bronz bells.  The  bells that create the songs, do not move.  The bells are stationary and the clappers are moved by wires attached to a keyboard.    The Boc tower carillon, with 60 bells, weighing a total of 62 tons, is considered the largest in the United States.  The Carillon in New York City has more bells, but the total weight is less than the bells here in Florida.  Guess weight out guns numbers! 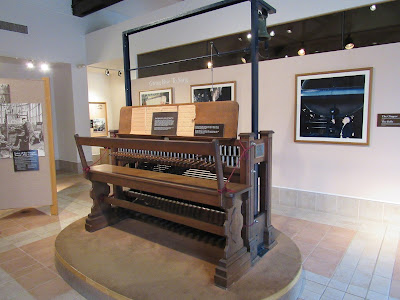 The original keyboard for the Boc Tower carillon.  The large bells are played with the foot because of their weight. 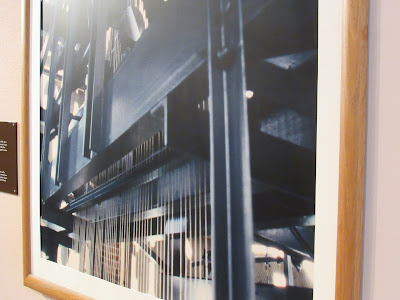 Wires run from the keyboard's soundproof room, up to the bell tower. 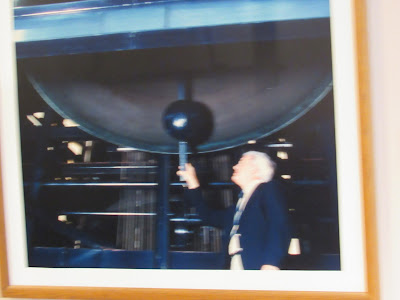 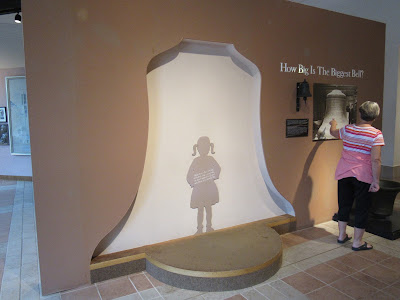 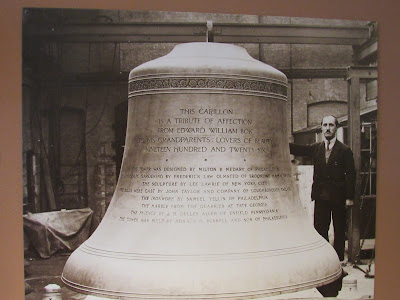 The bell rings each hour with a song and twice each day a full concert is performed by the Carrillonneur.  The current resident Carrillonneur is Geert D'hollander.  Near the tower there is a closed circuit TV that allows visitors to view Geert as he performs the music.  The website listed above also list information about Mr. D'hollander, who is only the 4th Carrillonneur at this tower. 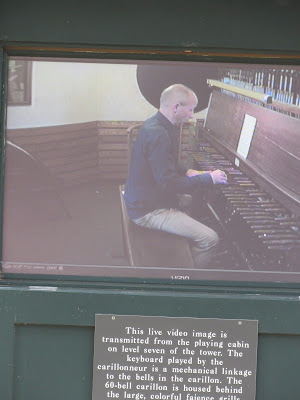 More of the grounds 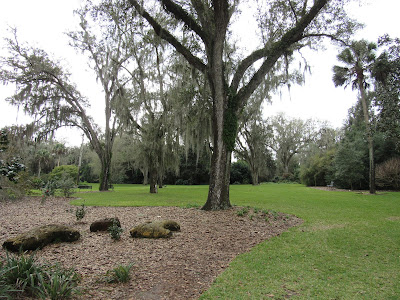 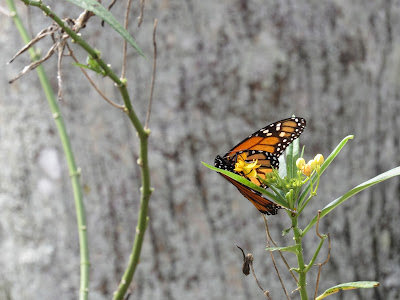 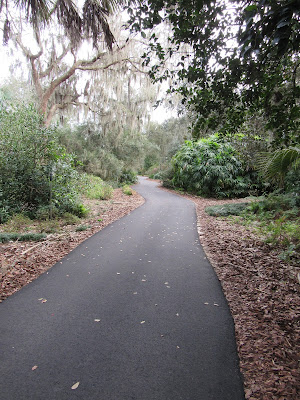 The gardens have both paved and unpaved walking trails 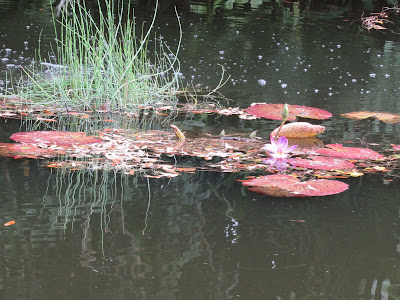 In the Reflecting pool 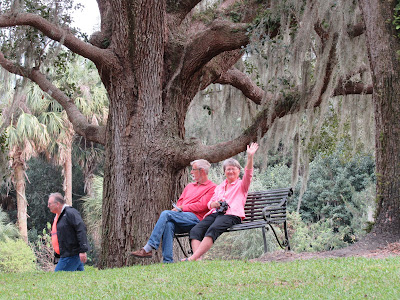 The Burwells enjoying the music and grounds 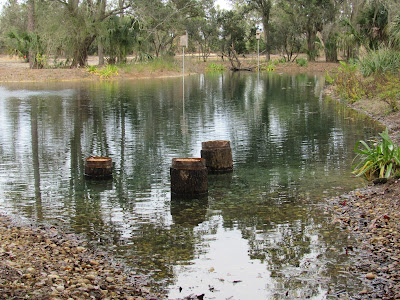 At "Window on a Pond" there is a bird blind looking out on several bird feeders.  Watching a squirrel check out his options, and thinking he could not get to the seed in the water, lasted about 3 minutes.  He took a flying leap and landed right where he wanted to be. 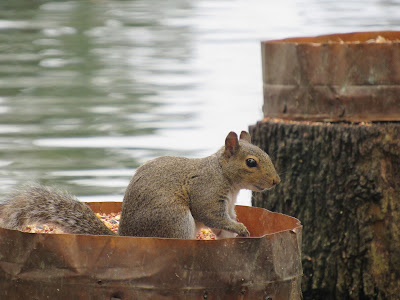 There is much information about the construction of the tower, the gardens,  the carillon, and the Carrillonneur on the web site that is worth taking a look at.  Boc Tower Garden is highly recommended if you are in central Florida.