A visit to south west Florida could not be complete without a trip to Ding Darling National Wildlife Refuge on Sanibel Island.  This refuge provides over 6,000 acres of feeding, nesting and roosting habitat for over 220 species of birds.  It was a cool morning when we planned to drive the hour drive north from here.

Usually the traffic through Fort Myers and onto Sanibel island is slow, if not stop and go.  However, due to the cool temps or the early hour, few vehicles were traveling that way.  Immediately after we entered the refuge loop road there were great egrets feeding in a ditch.  Guess they are very used to photographers because they could have cared less that we were only about 10 feet away. 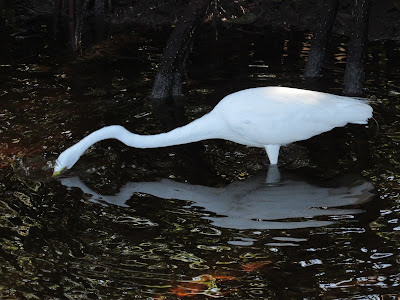 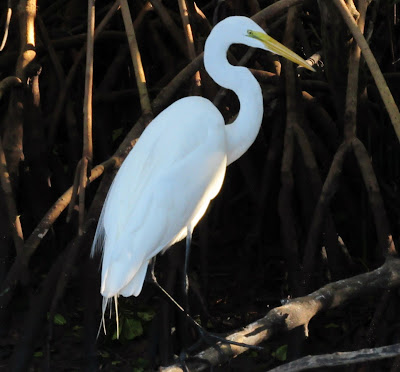 This amazing refuge was created in 1945 as the Sanibel National Wildlife Refuge. Jan Norwood Darling was a well known political cartoonist as well as an avid conversationalist.  When a large tract of land on Sanibel was in danger of being purchased by land developers, Darling urged President Harry Truman to designate this critical wildlife area as a refuge. Darling, who used the nickname "Ding" on his cartoons, was syndicated in 130 newspapers across the nation.  Many of his political drawings are as appropriate today as they were back in the 1930, 1940s, and 1950s.    He won a Pulitzer prize for his work in 1923 and again in 1943.  The Refuge name was changed in his honor in 1967.  Darling also created the Federal Duck stamp program and drew the very first Federal Duck Stamp.  This program's proceeds go to purchasing wetlands for waterfowl habitat.   For more information on Ding Darling check out www.dingdarlingsociety.org.

The refuge road travels along many large openings in the mangrove forests, and offers opportunities for walking trails along adjacent causways.  Thousands of birds, close up as well as far away, are always here to enjoy. 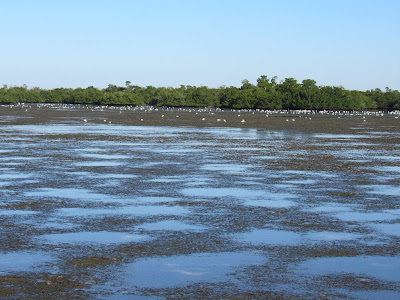 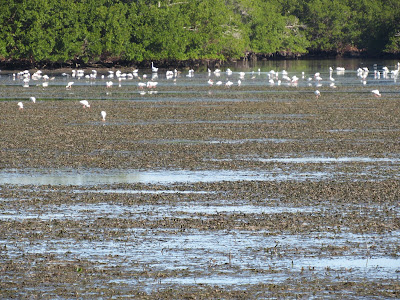 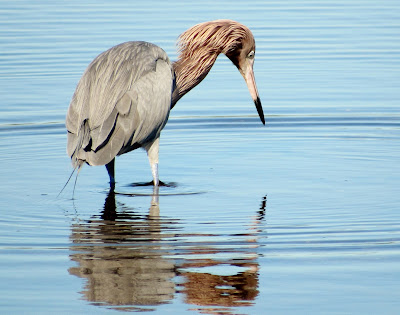 A reddish egret looking for lunch. 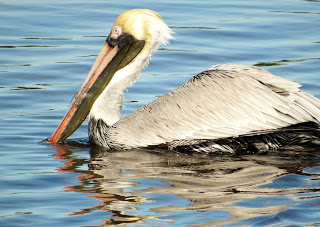 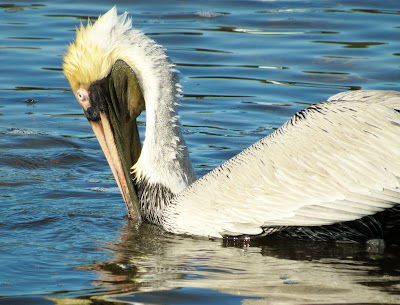 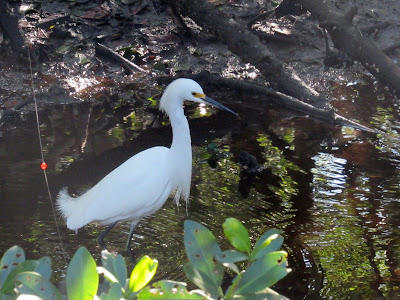 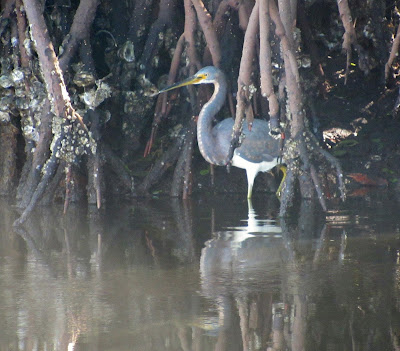 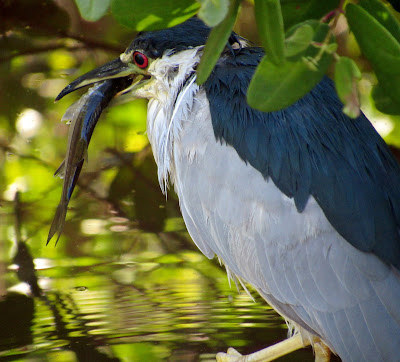 And a black crowned night heron with the catch of the day. 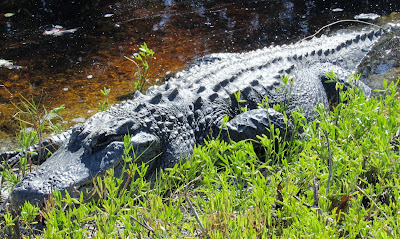 I think this fellow already had his lunch for the looks of his belly! 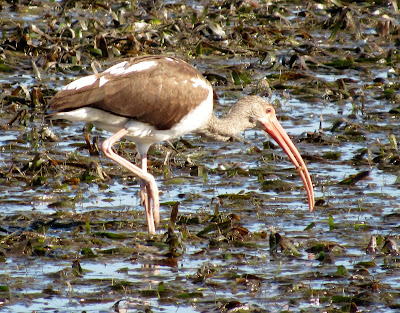 Hundreds of white ibis' were feeding on the mud flats.  This immature was beginning to turn white.