After leaving Arcadia, Florida, we spent another 5 days at Withlacoochee State Forest.  We really enjoy the close proximity to the 46 mile rails to trails bike path. 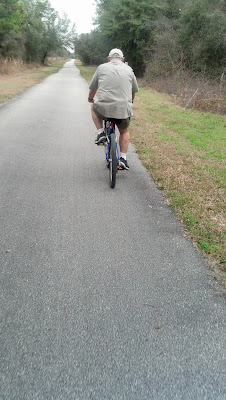 Marlin is enjoying his new bike even more now that we got a gel seat to replace the racing seat that was originally on the bike.  We biked to the village of Floral City, about 7 miles north of our campground, on a beautiful sunny day.  There is a great little museum there with exhibits on local history as well as information about past Native American tribes and Spanish explorers who  inhabited the surrounding areas.  The Library, next door, had a book sale the following day, so a return trip to Floral City took place the next day, by truck this time.

Floral City is known for the mature Live Oaks that line the two main streets and create a continuous tunnel through town.  When any of the trees die they are immediately replaced so the tunnel will always continue to be part of the town heritage.

The road to downtown Floral City

We had a couple of  days of heavy rain while we were in this area, which allowed some down time.  However, one of the rainy nights we took a Ghost tour at the May Stringer house, in Brooksville.

The current fame of the house, in addition to the careful restoration of the building, is the repeated reports of ghost encounters and aura sightings.

In 1855 John May built a 4 room house on 160 acres of Homesteaded land. This home proved to be unlucky for the May family.  John died in 1857, his wife eventually remarried Frank Saxon, but did not survive the birth of her daughter, and the child, Jessie May, only lived until she was four years old.  Jessie May and her father are among the several ghosts that continue to inhabit the house.
The next owner, Dr Samual Stringer, expanded the house to 14 rooms and operated his medical practice on the ground floor.  It became a museum in 1981.  Now you can come and see (maybe) the ghosts for yourself.

Our down-to-earth tour docent gave a normal museum tour, moving from room to room in the mansion, and sharing the details of which ghost resided in each of the different rooms.  She elaborated on a few of her own experiences  and shared a notebook of pictures taken of the unusual lights, orbs, and bodily images, taken on the site.  It was a fun way to spend a rainy night and Mary even saw a brief glowing light from under a child's bed while wandering around after the end of the tour.  Is she more of a believer now?


Moving North through the Florida Panhandle brought us to Sopchoppy, a small village, 30 or so, miles south of Tallahassee.
The nearest State Park, Oahclocknee River SP had no openings, but they recommended the Sopchoppy City Park.  This tiny park has about 20 full service sites located right on the edge of the Sopchoppy River.  Not too fancy, but not crowded either.  There was a short hiking path that followed the river and looped back to the campground that made a leisurely trip just before dusk. 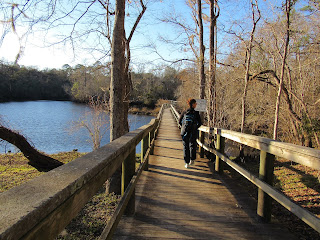 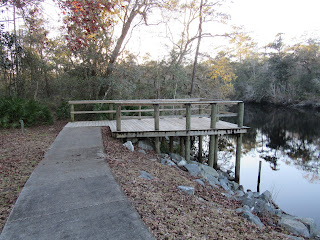 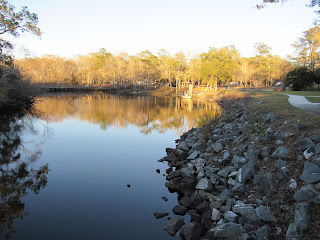 Just up the road Mary spotted an unusual art display.  What do you think? 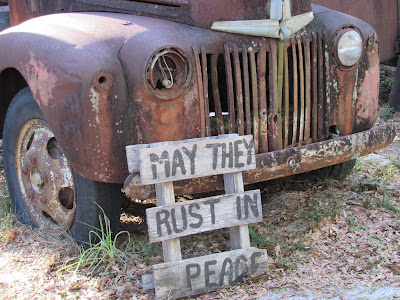 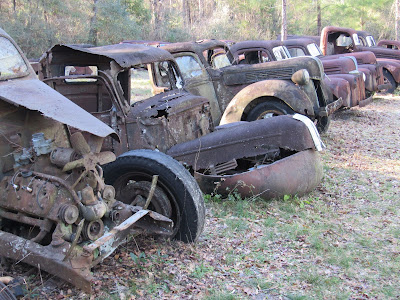 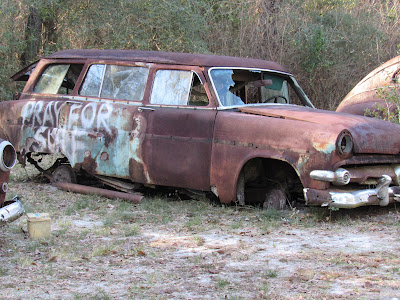 You will probably see some pictures of this "art exhibit" in the future if you check out Mary's photos at Dysarts. 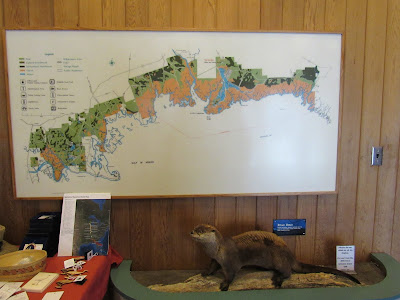 St. Marks has been part of the Whooping Crane partnership since 2009.  This Partnership was initiated to reestablish a migratory population of the endangered whooping cranes in Florida.  You may have seen the films of the ultra-lite aircraft leading young cranes from their summer breeding ground in Wisconsin down to Florida.  The idea is that the young birds will mature here, return to Wisconsin in spring as adults, then back to Florida the next winter.  Unfortunately, the visitor center docent said the grant is expiring next year and the program is in danger of ending.  These birds are still endangered.  There are less that 500 whooping cranes in the wild. 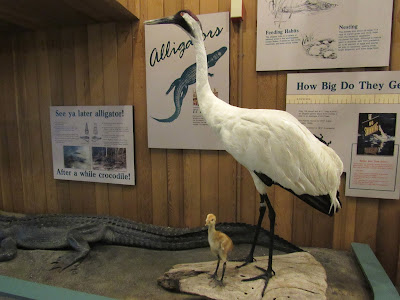 These birds can be up to 4 1/2 feet tall, with a wing span of 7 feet or more.  They are quite a sight to see, either standing or flying.  They make the sand hill cranes look small.  The Florida whooping cranes are not in areas where they can usually be viewed so we had to make due with the visitors center exhibit. 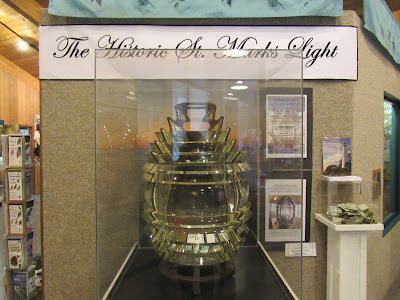 On display in the visitors center is the original Fresnel lens from the St Marks Lighthouse.  It was installed in 1867 and removed in 2014 for preservation. 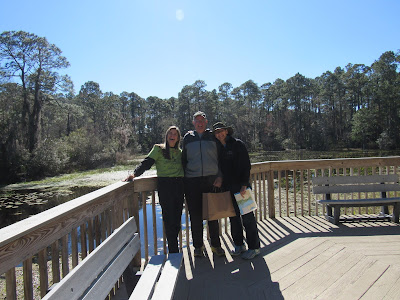 Mike and Mary on the deck at the Visitors Center, along with the friendly docent. 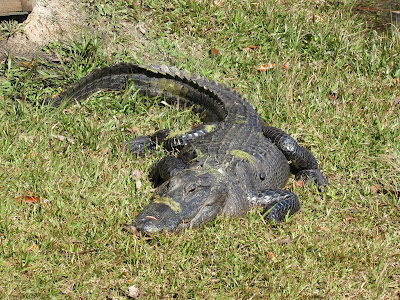 View over the deck 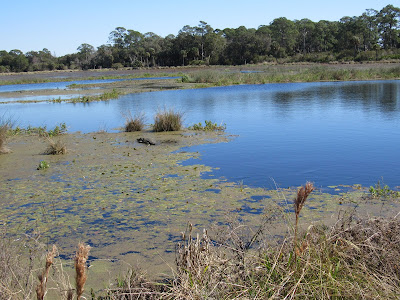 Lots of opportunities for bird and wildlife viewing along the main road to the lighthouse. 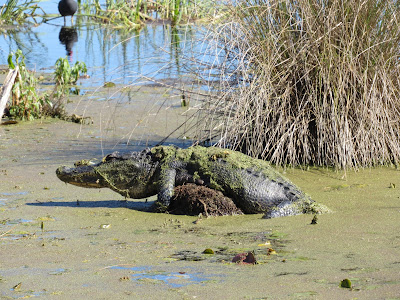 This guy looks a bit awkward perched on an uncomfortable looking rock.  Guess they will find anything to be able to soak up the sun. 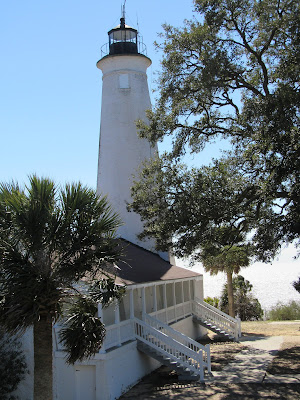 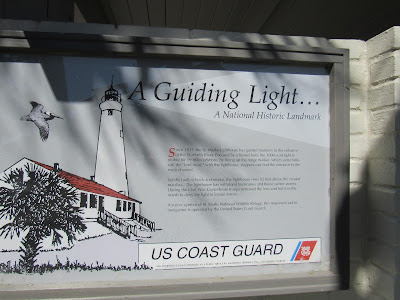 On to Wakilla State Park tomorrow