Much of the outer bank areas near Pensacola are part of the Gulf Islands National Seashore.  This National Seashore includes about 600 miles of coast from Florida, through Alabama, into Mississippi.  The Seashore has miles of beautiful beaches and a campground here on Santa Rosa Island. 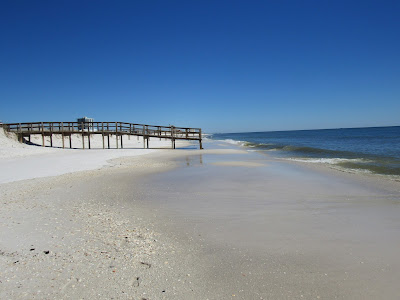 At the very end of this island is Fort Pickens, which is part of this National Park, and was in operation off and on from 1834 until 1947.  There were many changes and additions made to the Fort during its long history in order to accommodate changes in technology.  Some look really out of place inside of the old brick walls.

The national Park Service offers a self guided tour as well as Ranger programs one day a week on different topics. 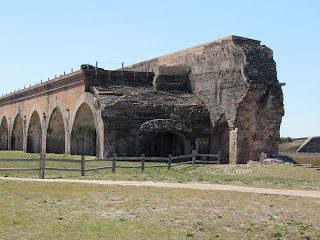 This broken wall is the first thing you see when you park at the entrance to the visitors center.  I assumed it had just worn away 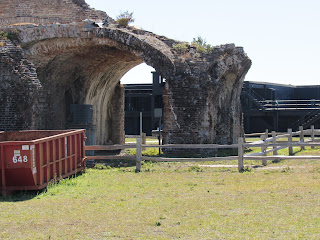 This is the other side of the arch.  During the self guided tour we learned that the breech was caused by a fire in June of 1899.  Unfortunately, the fire reached a powder magazine that held 8000 pounds of gun powder.  It blew out this wall, obliterating Battery D. Some of the bricks were even found across the bay, a mile and a half away.  Amazingly only one man was killed. 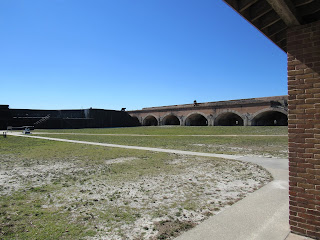 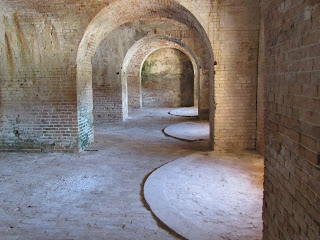 Canon placements on the outer walls 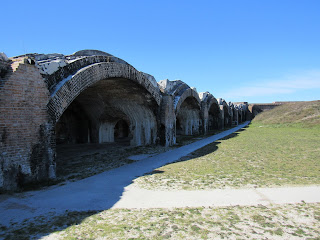 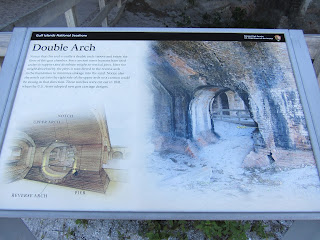 This fort, built on a sand island, used a double arch design to prevent the walls from sinking into the sand.  Upper arch bares the weight of the walls, lower reverse arch holds the foundation in place. 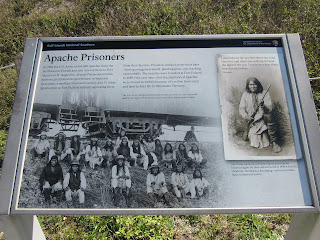 From October 1886 until May 1887 Geronimo, the famous Apache war chief, and other prisoners from the Indian wars in the West were held at Fort Pickens. 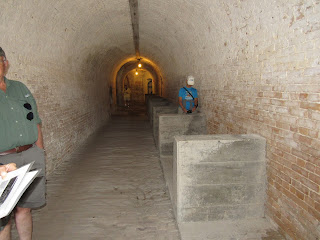 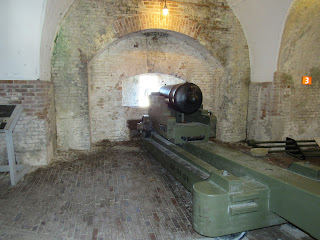 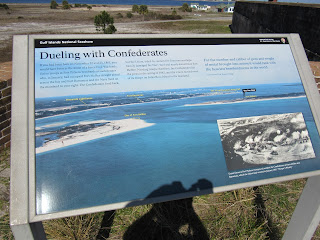 Fort Pickens played an interesting part in the Civil War.  When Florida seceded from the Union in January of 1961 there were three forts in this area being used by United States forces; Fort McRee, Fort Barrancas and Fort Pickens, which had been unoccupied since the Mexican American War.  The Lieutenant in charge of the troops evacuated the 51 soldiers and 30 sailors from McRee and Barrancus out to Fort Pickens because it was more defensible. He refused the demands to surrender from the Florida militia. There were several skirmishes between the two sides, but Fort Pickens remained in Union hands throughout the Civil War.