While I was on a walk Monday morning I spied an interesting kayak rack at the back of someones trailer so I stopped to inquire.  Naturally this called for a detailed description of the construction. 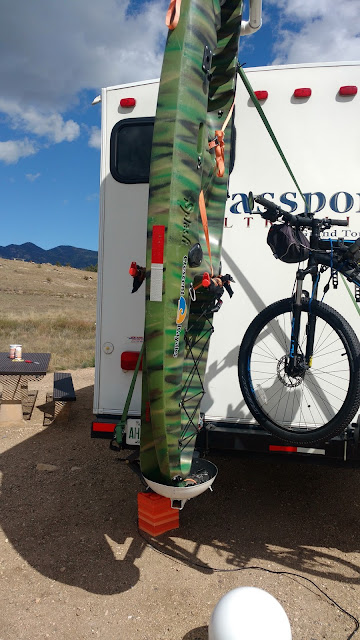 After giving me the run down of how he combined odd pieces of bike rack, PVC pipe, rachet straps, and one secret ingredient, he mentioned that he was here for the fishing.  This opened the door to a speedy friendship with he and his wife. 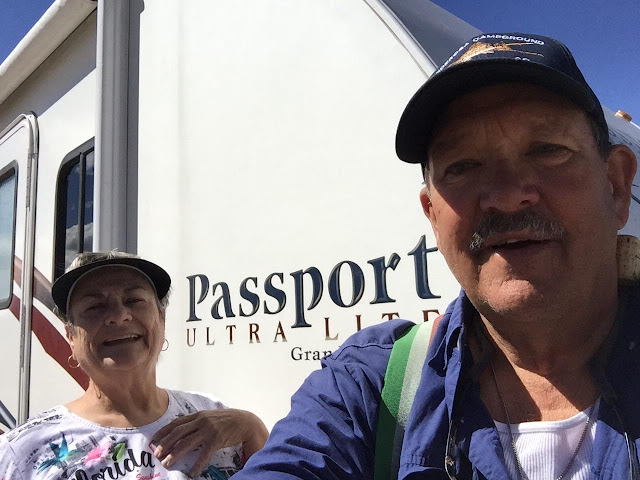 
Barbara and Glen are from Tallahassee Florida.  They are both retired and travel in a tow-behind camper that they affectionately call the Taj MyHaul.  Needless to say, since her background is journalism, they have fun playing with words.

After quickly establishing their mutual quest for the elusive fish, Glen and Marlin took off every morning at 8:00, lunch and pole in hand, to torment the innocent trout in several different locations.  Barb and I did some walking, but mostly talked about projects, our history, grand children, and life in general.  Lots in common, hope to keep in touch with this fun loving pair.

Several times, the second week we were at Eleven Mile, Glen and Marlin fished in Eleven Mile Canyon where Marlin and I had explored on  non fishing journeys  The catching here was almost as good as the fishing, but the beauty of this location was the best. 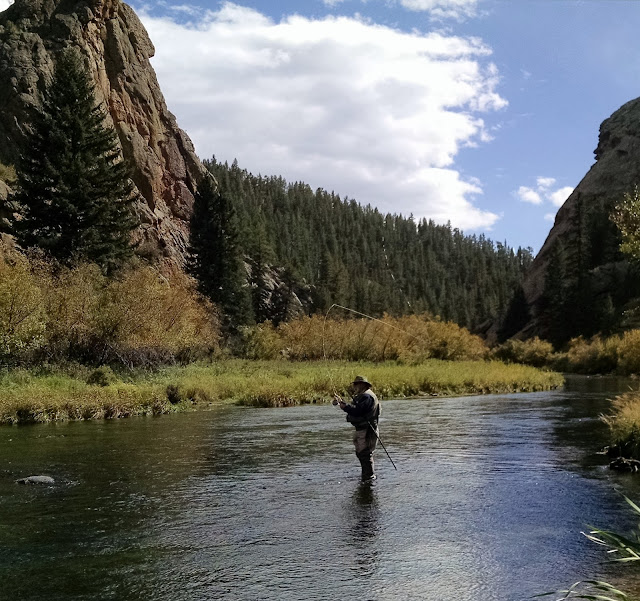 This canyon meanders from below the dam that creates Eleven Mile resevouir.  "Bottom water", named because it comes from the base of the dam, is a favorite of trout because of the cold temperature. 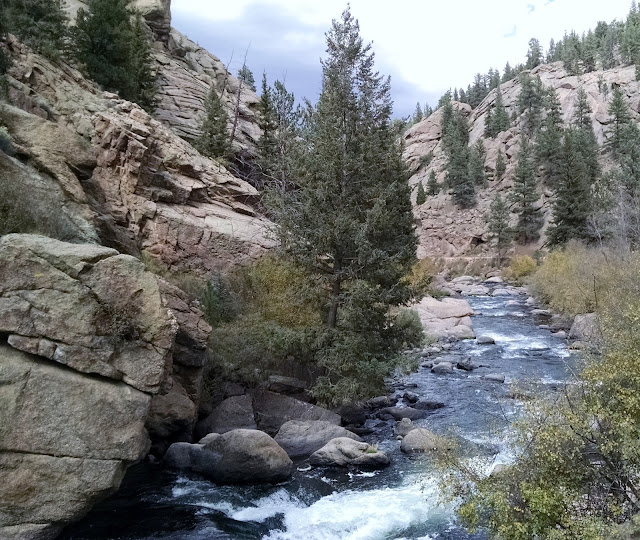 The reservoir itself is in an open basin with grassland topography, but the canyon is a lush,  forested, rocky pathway holding the dam outflow of the South Platte. 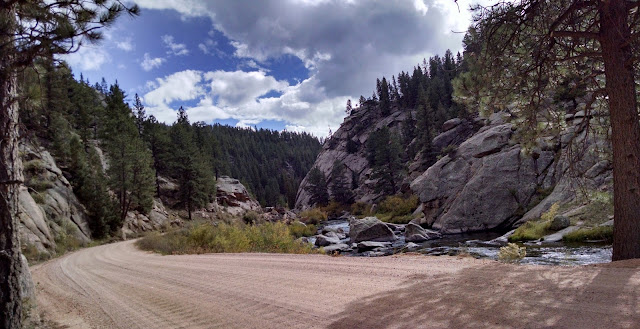 The narrow, eight mile, dirt road is actually the remains of the Colorado Midland rail line.  It was the first standard gauge railroad built over the continental divide and ran between Colorado Springs and Grand Junction.  It ceased operation in 1918 and the entire line was scrapped by 1920.  The dam was build at the head of the canyon in 1932. 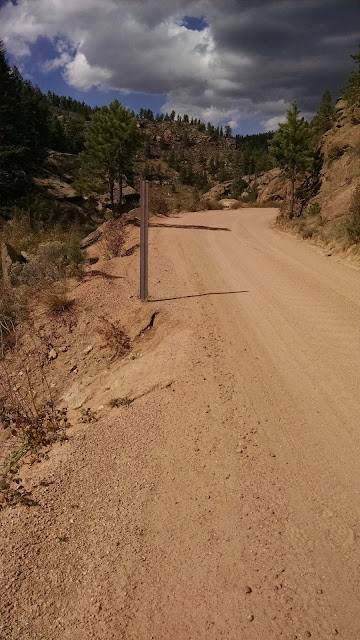 As I walked along the road I noticed several places where large parts of it had washed down the hill.  You can see from the tire tracks that if you veered very close to the edge, you might end up in the canyon below. 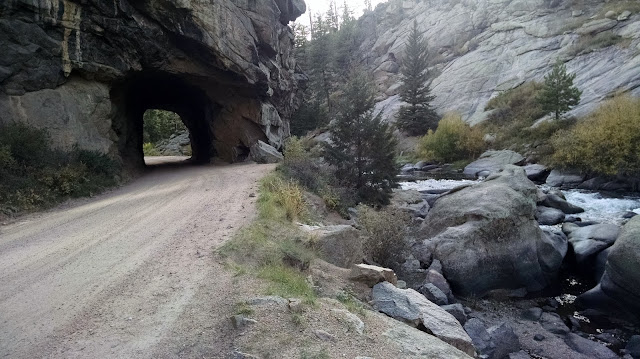 The road now runs through three tunnels, blasted from the canyon rock walls for the track bed.  It is hard to believe that they are wide enough or high enough for a locomotive to pass through without scraping the sides and roof.   You can also see that this tunnel is in the middle of a curve. 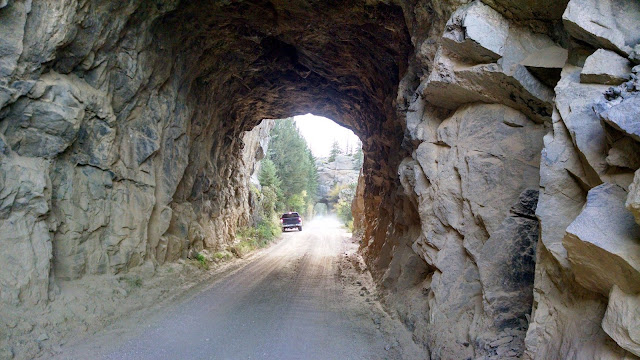 Two tunnels in a row 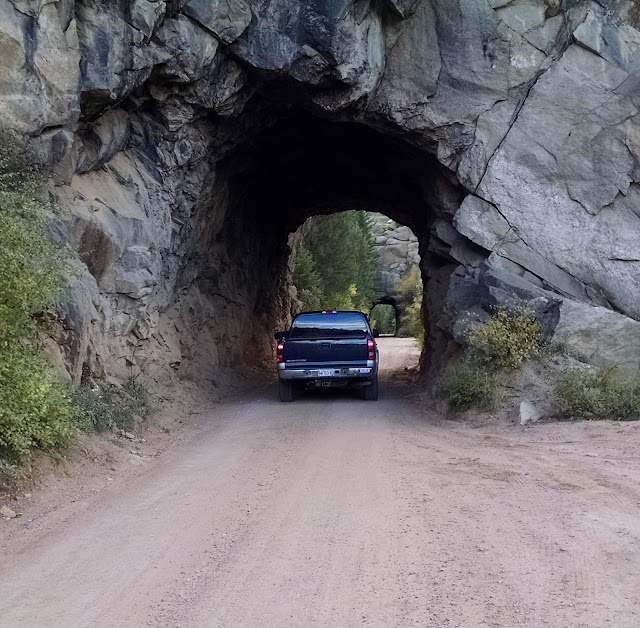 Not a lot of wiggle room. 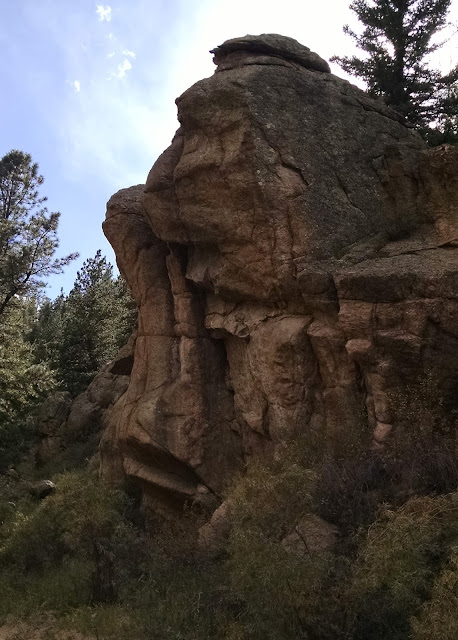 I saw many faces in the rock outcroppings.  What do you think? 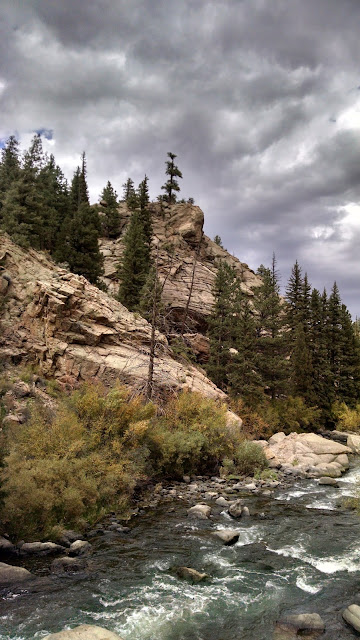 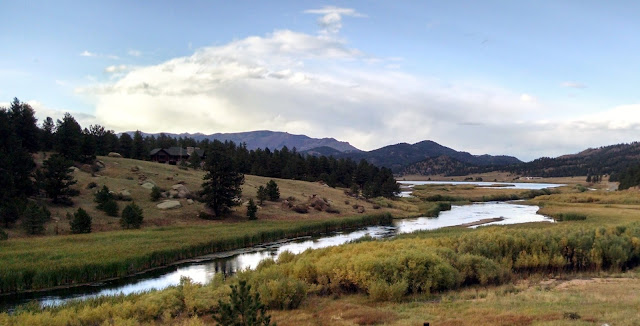 The river makes a serene exit after tumbling over the rocky floor of  Eleven Mile Canyon.  A  must see if you are any where near Colorado Springs.