Leaving Nebraska behind, our intention was to visit Rocky Mountain National Park in Estes, Colorado.  Our last visit to that park was in the late 60's as we traveled from California toward Massachusetts, meeting my parents at a campground there for a few days.  I was anxious to relive that episode as well as marvel at how the park had changed over the intervening years.  Not to be.  Every camping spot we called, within a 75 mile radius, was full. Who knew September would be such a popular camping time.   The next stop on our list took us straight into the mountains west of Colorado Springs.

Several years ago we stumbled onto Eleven Mile State Park, found the fishing and hiking superb, the campground nearly empty, and the big sky setting spectacular.   This trip we had to stay at an RV park for the weekend, because all the sites at Eleven Mile were full. There was a fishing derby being held at the lake and families were getting their kids outdoors.  Seems Colorado camping is very popular in September

Monday morning this was our  campsite at Eleven Mile State Park, Colorado 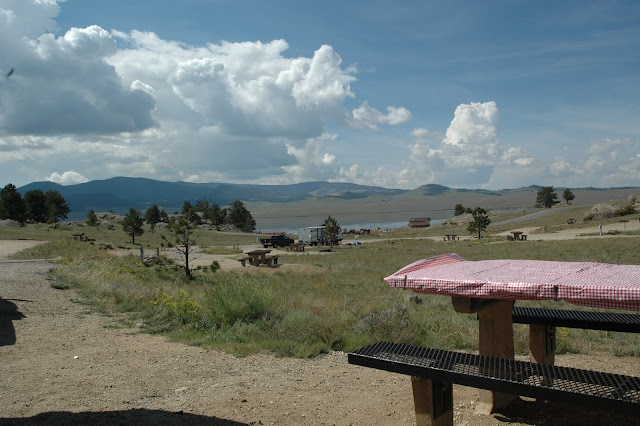 Eleven Mile is one of Colorado's largest reservoirs, located within in a high alpine meadow at an elevation of 8,600 feet. 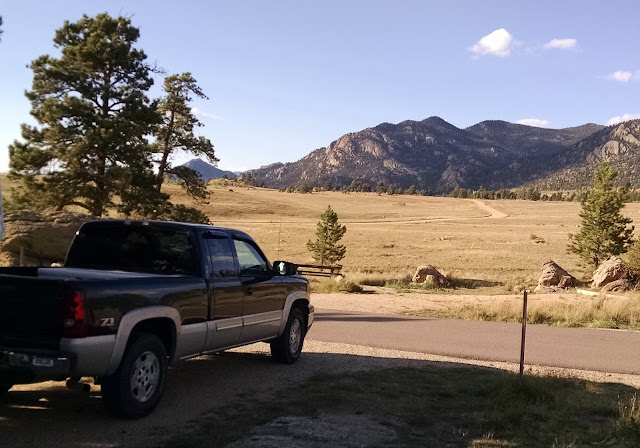 Not many trees, but lots of sweeping vistas, with the high Rocky Mountains in the distance. 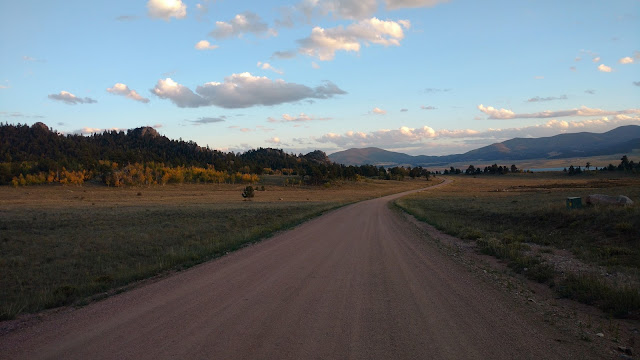 The best part of camping is cooking and eating outside.  Sometime a bit tricky finishing your meal before the wind cools it off. 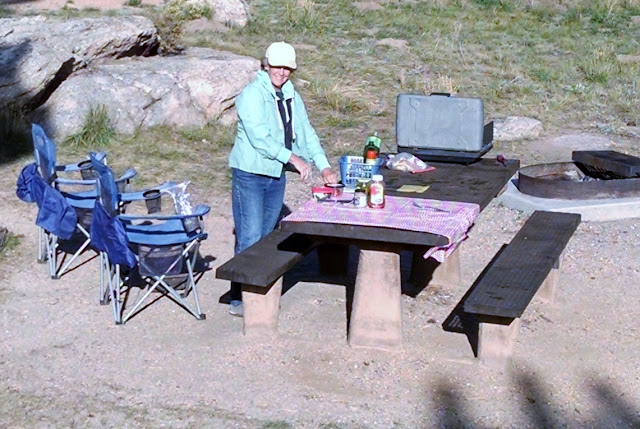 It may be the time of year, but the sunsets have been brilliant. 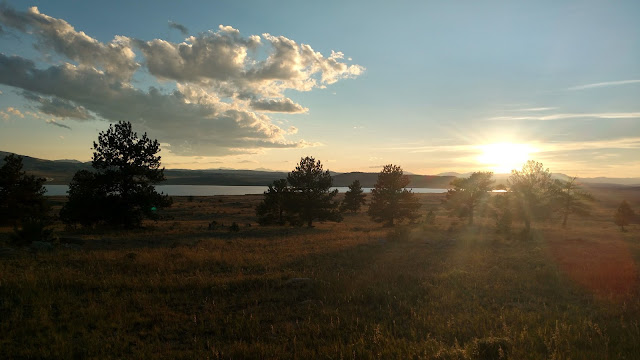 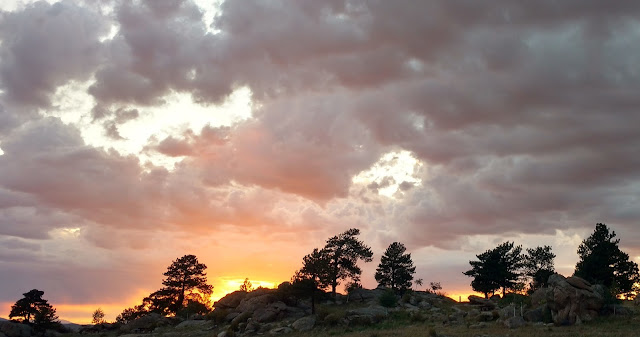 When we arrived, a friend asked if the Aspens had begun to turn yet.  I had not seen any at that time but within a few days, gold began to show up on hillsides. 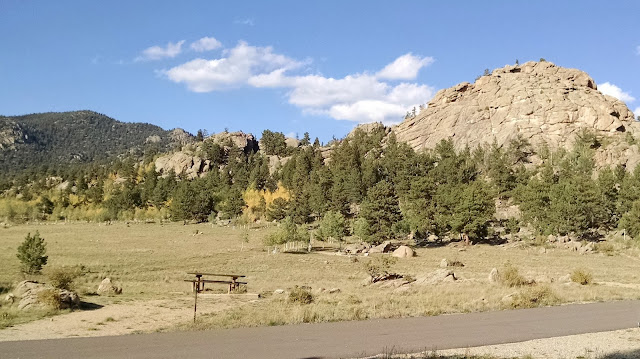 A little here, a little there. 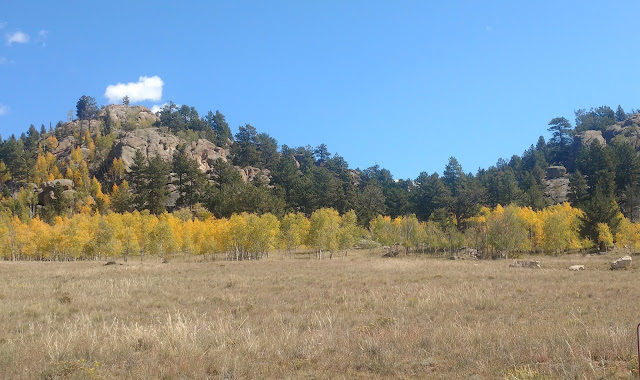 By the second week the brilliant yellow and gold was everywhere. 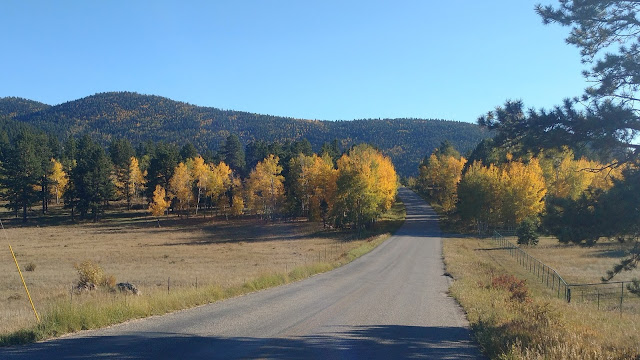 This is an area of Colorado called South Park.  South Park was a favorite trapping spot for Mountain men in the 1820's until the 1840's when beaver hats fell out of favor.  Several notable men, who not only trapped beaver, but extensively explored the west, were Kit Carson, Joseph Meek, John Smith and Dick Wootton.  I only know about this because of Marlin's long term interest in these men and the Mountain Man era.  They called these valleys "Valle Salado" for the salt flats used by tribes of Ute and other native groups.


Today the major attraction seems to be fishing.  There are several sections of the South Platte River where trout are abundant, pieces of the river are open to the public access, and, under State ownership, are protected from development. These are known as "Gold Metal" waters. 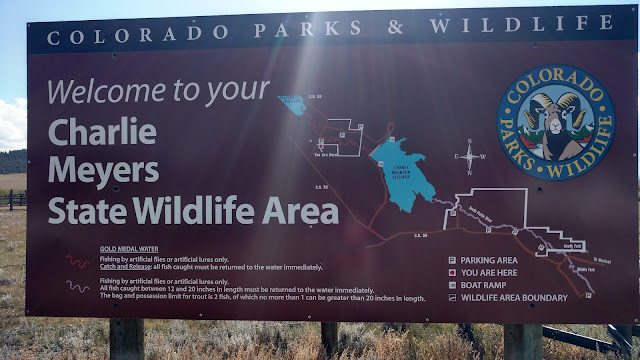 One such section contains a dedication to a man called Charlie Meyers, a sports writer and avid outdoors man, who wrote for the Denver Post. He actively championed making the "Dream Stream" between Eleven Mile and Spiney Dam, open for public access. 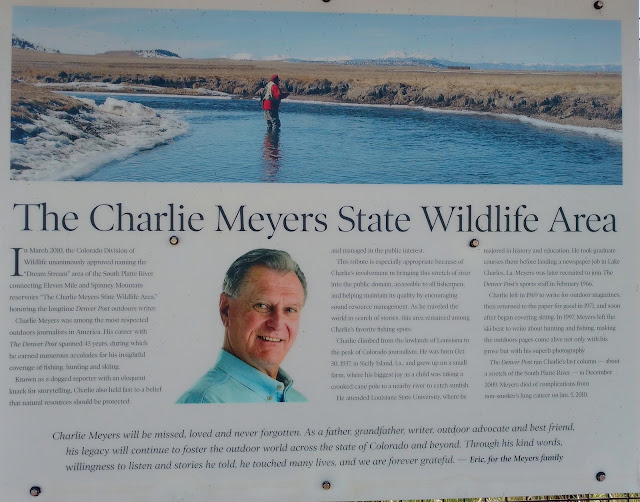 The South Platte River "Dream Stream". This is the view I enjoy. 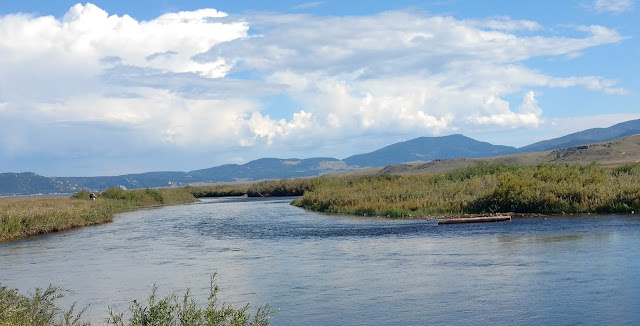 But, This is why Marlin is here.  Glad he brought me along. 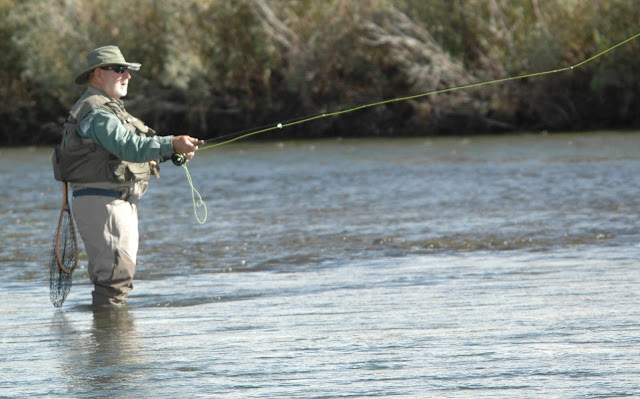 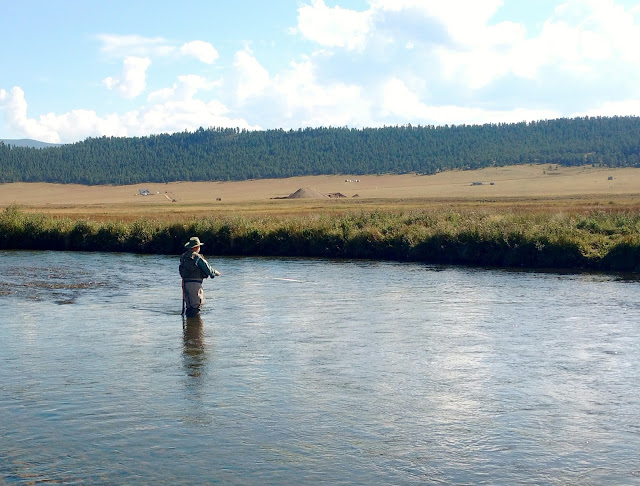 After a full week of fishing these bountiful waters, it was decided to follow it up with a second week of chasing trout.  I told Marlin to take advantage of this time and place because he probably would not return here again.  Now I am not so sure of that.