Great to visit with John Miles again in Florida.  It has been at least 3 years since our last visit to Naples since Texas has been our most recent wintering spot.  His condo is in a complex called Bay Forest, which has 17 different housing complexes, and includes  two ponds and 3 miles of paved walking, biking, running trails that meander through natural woodland as well as groomed landscaping. 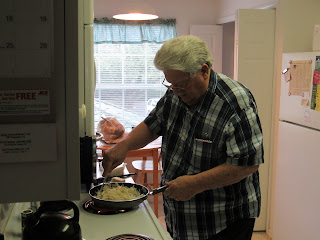 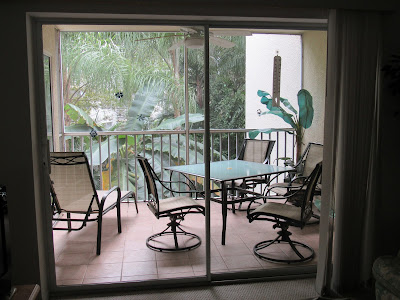 His screened lanai, off the living room. 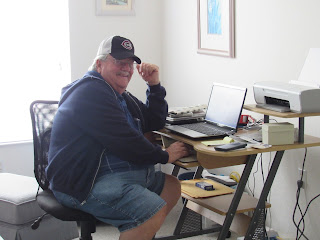 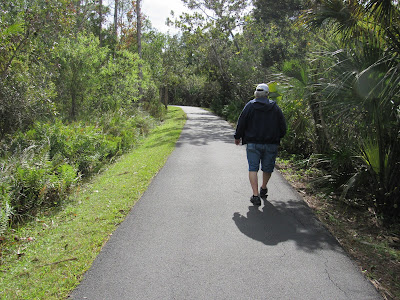 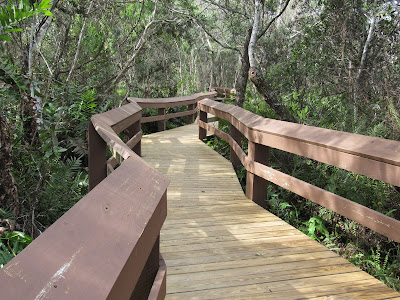 This 1/2 mile boardwalk streaches out into Estero Bay. 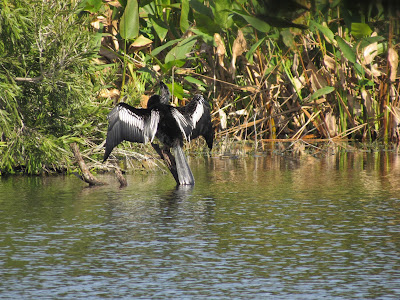 One of the ponds hosts a variety of wading birds and ducks.  This Anhinga was drying its wings.

Naples is a gold-mile of nature preserves.  Even though the Naples area is over developed, conservationists have managed to save multiple pockets of natural habitat for birds and other wild creatures.  Past visits have incorporated many of these incredibly diverse locations and we added a few more on this trip.

Estelle Sanders recommended we visit Six Mile Cypress Slough Preserve in Fort Myers.  The Preserve encompasses 3500 acres of wetland. This slough (pronounced slew), filters rainwater moving from the north, through the slough, into Estero Bay.  The water never reaches much of a depth, but it is constantly, slowly, moving.  The diverse habitat is home to otters, alligators, wading birds, and many other animals, including migrating birds. The docent tour was limited to 10 people, which is about maximum for any kind of wildlife viewing.  A 1.2 mile boardwalk allows access to this natural habitat. 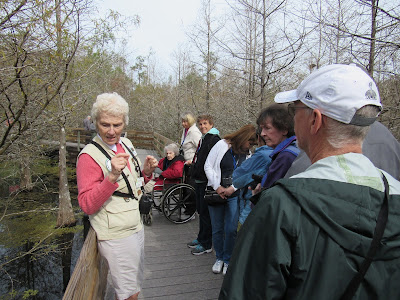 Our guide was very knowledgeable about the plants and animals, but birds were not her specialty.  Lots of small songbirds flitted through the trees but the group was not encouraged to linger. There were many sighting of larger birds, especially at one of the viewing stations where scopes were set up by additional interpreters. 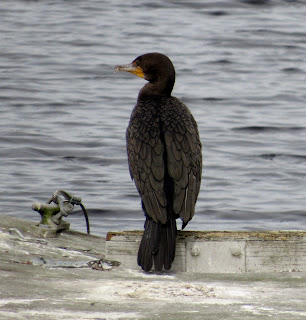 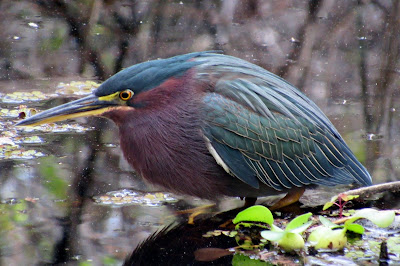 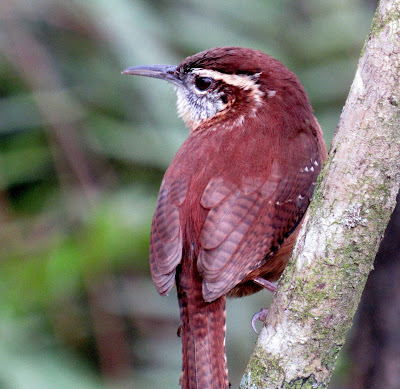 A Carolina wren, who's tiny size does not match its boisterous and melodious song 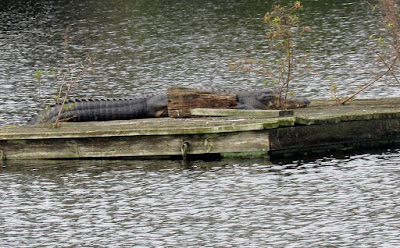 This big alligator is enjoying the sun on a chilly day. 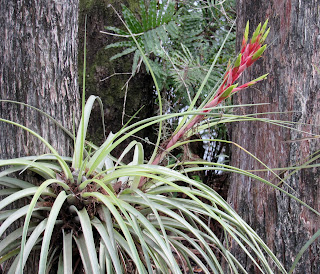 An epiphyte in bloom.


A variety of ferns were pointed out to us. 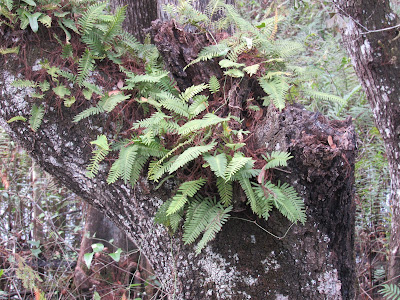 Resurrection fern.  So called because it often looks dried up and dead.  However, when a rain comes along, it "resurrects" itself into a healthy green plant again. 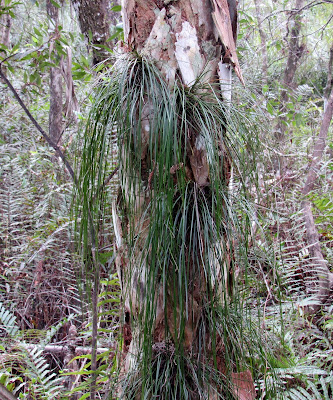 Shoestring fern.  This is a very rare fern that has thrived in this location.  When the first small patch on one tree was identified, the docents were not allowed to point it out to visitors.  They were afraid it would be poached because of its rare status.   It has spread significantly, so now it is part of the tour. 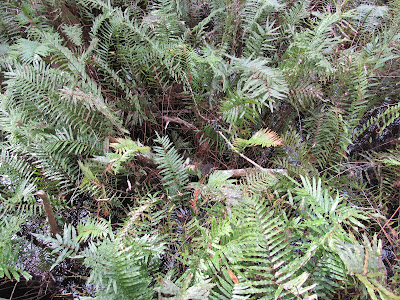 The long thin fern is called strap fern.  We will definitely come back to this preserve soon.

John took us to the Conservancy of Southwest Florida.  Adjacent to the Naples airport, this little gem has a great hands on museum, a 1/2 hour boat trip on the Gordon River, an animal rehabilitation hospital, and a series of short trails. 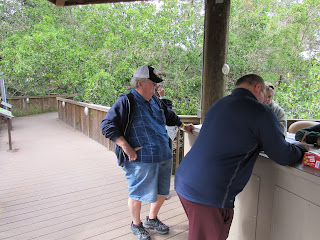 The boat trip was first on our list.  Here we were waiting to board and that is when our camera battery died!!
Again, definitely a place to come back to.  The small museum was manned by multiple, very knowledgeable, helpful, docents.  There were live sea creatures in a touch tank, a 5,000 gallon aquarium, complete with a young sea turtle, several snake exhibits and information about the Conservancy itself.

On our boat trip we learned about the Gordon River Greenway.  This 2 mile walkway is a 10 foot wide path that weaves through mangrove and pine forests, along the Gordon River.  It gives walkers, and/or cyclists a wide corridor  that encorporates space for picknicking, kayak launching, nature photography and scenic overlooks, right in the middle of downtown Naples. 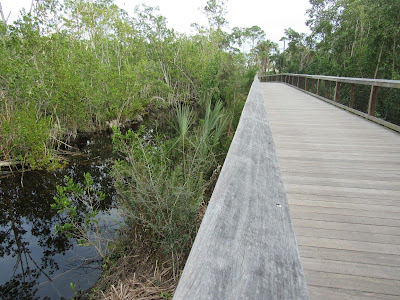 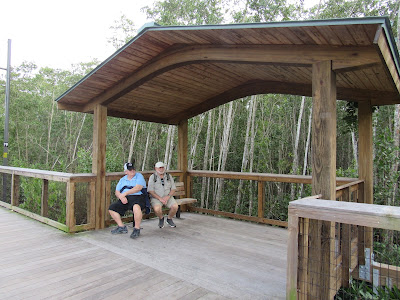 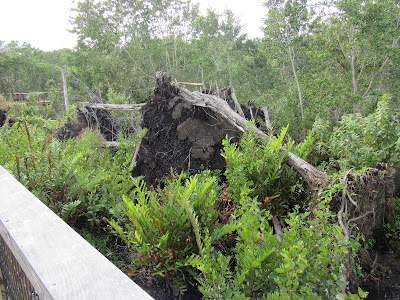 The trees along the elevated boardwalk held evidence of multiple storm damage.  Many of the downed trees were the result of past and recent wind storms. 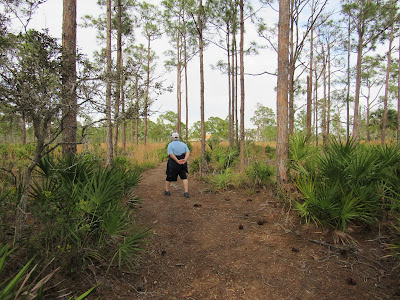 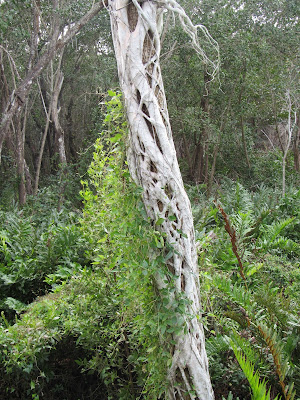 This sable palm is encased in some type of vine. 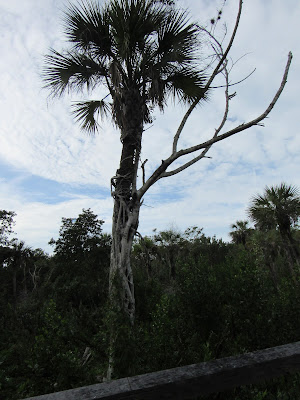 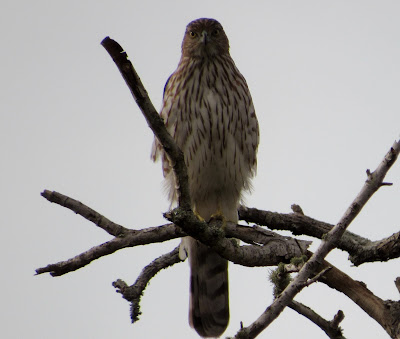 Chuck and Julie Burwell came down to Naples for a day.  They are staying n Acadia, about an hour north of here.  It was a clear, sunny day so we used our visit to walk the grounds, sit by the pool in the sun, and end the day with a sunset stroll on Barefoot Beach.  Could not have been more enjoyable. 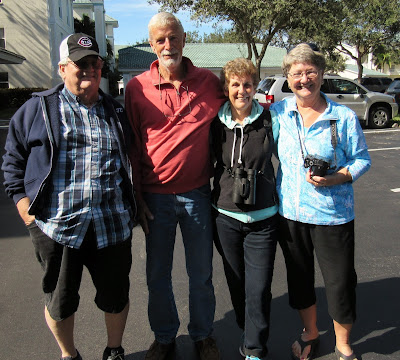 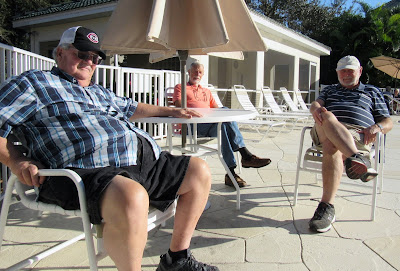 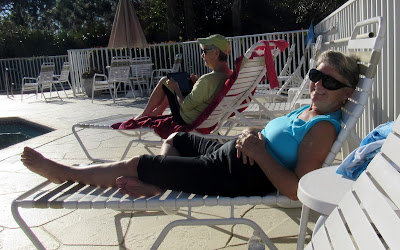 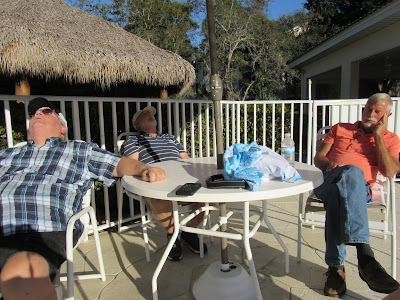 Naps in the sun 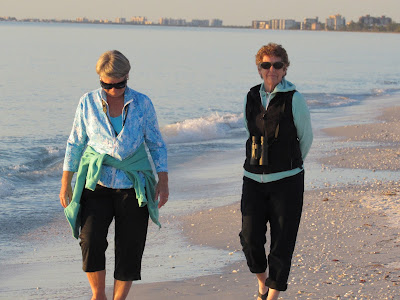 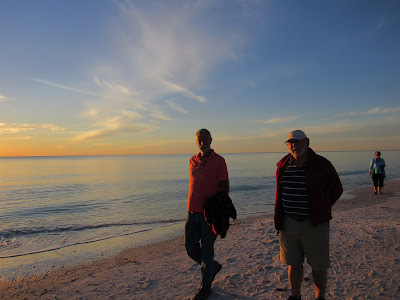 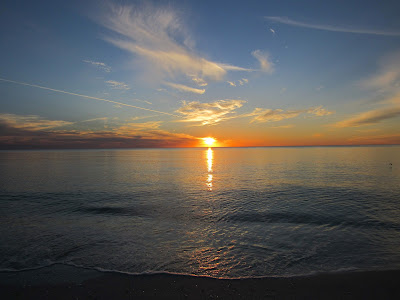 What could be better than that!