Off we go again!

Very slow start on the blog this year.  I have been fighting with my computer since I installed, then uninstalled, windows 10.  Lots of issues with access to documents and pictures.  Cross my fingers, but I think I have it under control.

Our exit from Maine's winter weather this year does not include any volunteer assignments.  Marlin's hip replacement recovery time was unknown, so, in addition to following the sun, we want to catch up with friends who live or vacation where the temperatures are moderate.

Leaving Maine on December 16,  the catching up began with the Baldwin's on the Outer Banks in North Carolina.  Anyone who has ever met this pair knows what fun it is to spend some time with them.  In fact, it was so much fun I neglected to take any current pictures of them, or of their new "Air B and B" apartment that they shared with us.  I was obviously not into travel mode yet!  I do have a photo of just Glen, taken when we were there in October.  Bob, however, was never caught in the lens finder.  My loss. 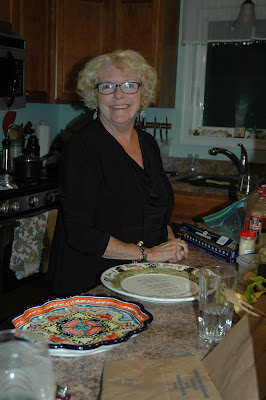 Further south, we visited with Sharon and Francis Merrow in Spartanburg South Carolina.  Sharon and Francis are the pair we met in Alaska, only to discover they lived in Rockland, Maine.  Fast forward five years, and now they live in SC with a summer coach in Warren, Maine.  After a very long day of driving, Sharon volunteered to bring dinner over to the campground where we were staying. Boy, did we appreciate that. The following day we visited at their new home, admiring their new landscapingand catching up on past and future events. 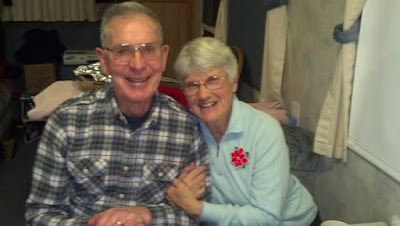 From South Carolina we made a quick over-night stop in Savannah, before landing in Winter Garden, Florida, where we thought we had reservations at Magnolia Grove County Park.  Small glitch . . .   We were on the reservation book for November 22, not December 22.  Although there was plenty of room at the inn, the park completely shuts down for two days over Christmas!..  A quick scramble got us into a nearby KOA.  Problem solved.  Now we could continue with our plans to spend  the holiday with Chuck and Julie Burwell, who were staying a couple of miles away.  Julie's Christmas lights helped us remember the season, despite the 80 degree temperatures. 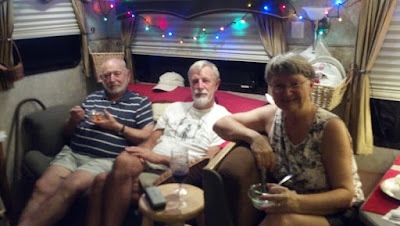 Christmas eve we were treated to an extensive holiday light show in Winter Garden.  This is one of our favorite Florida towns .They were decked out to the max with holiday lights. 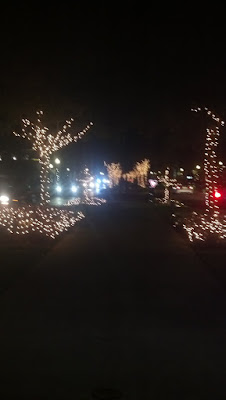 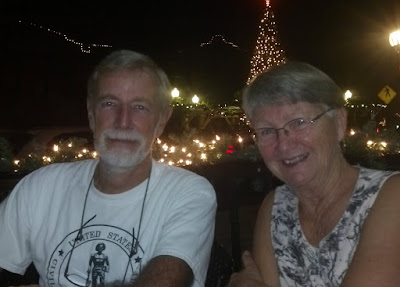 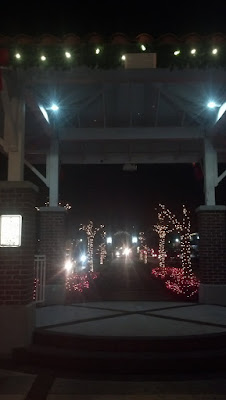 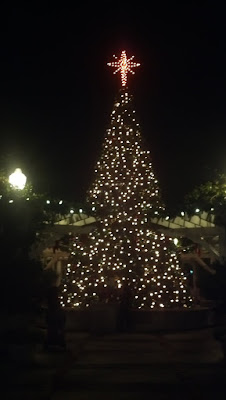 Unfortunately, the French Bakery we drooled over in Winter Garden is gone.  The manager of the restaurant that took it's place said the owner sold and returned to Europe.  It is still a fun little town, hosting bike paths, band stands, kids water park, and an enormous farmers market on Saturday.  Always on our list when we come to Florida.
Posted by cooktravelogue2007-8.blogspot.com at 12:49 PM