After four days of getting settled, finding groceries, doing laundry, we got into the swing of working on Monday December 29.  This park has a smaller staff than where we were last year, and a stronger focus on watching wildlife in the natural habitat rather than at multiple feeding stations.  There is a three mile paved tram road and an additional 13 miles of bike and hiking trails that provide a varied habitat where that wildlife can be seen. 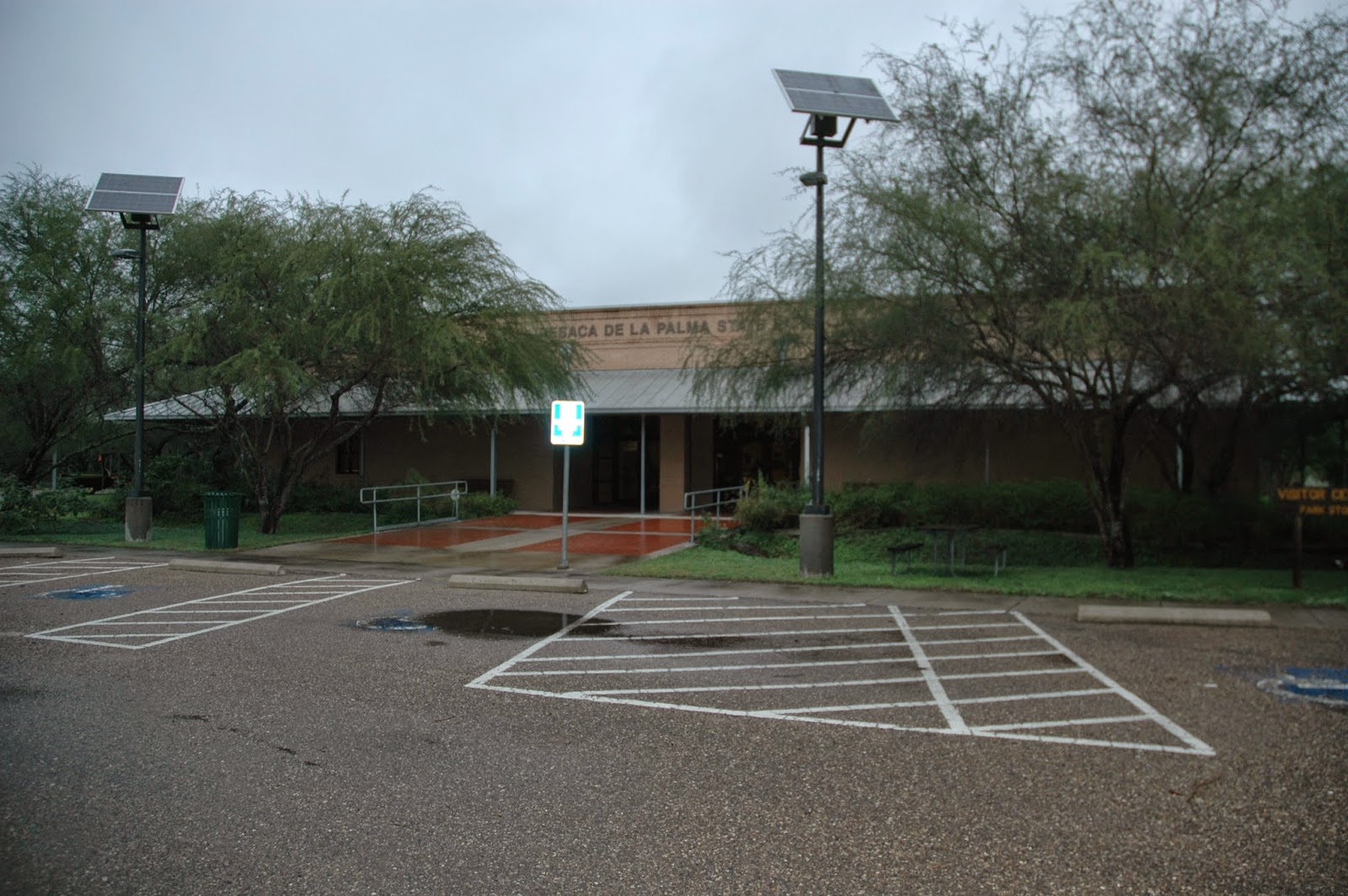 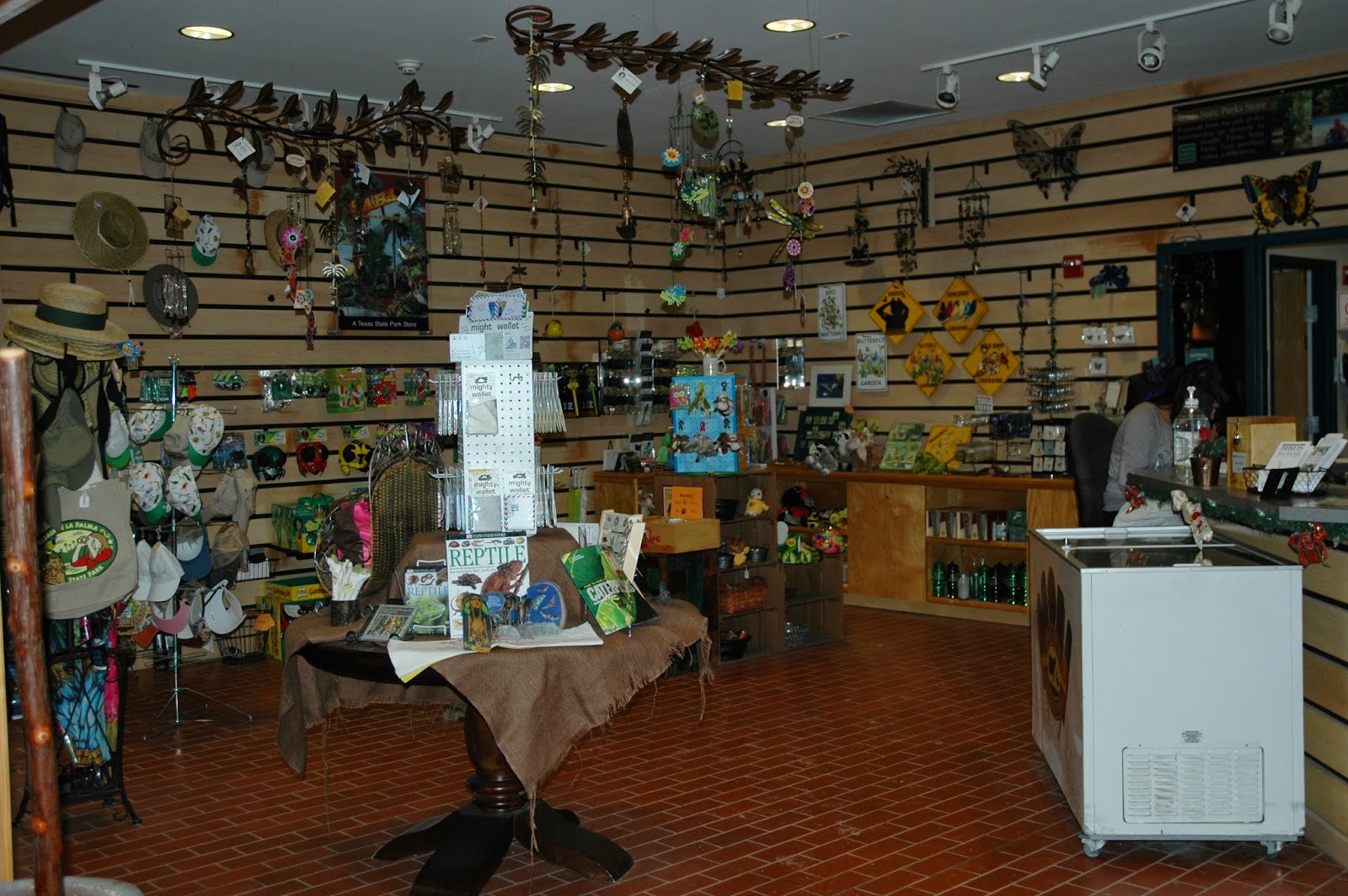 The gift shop inside the visitor's center 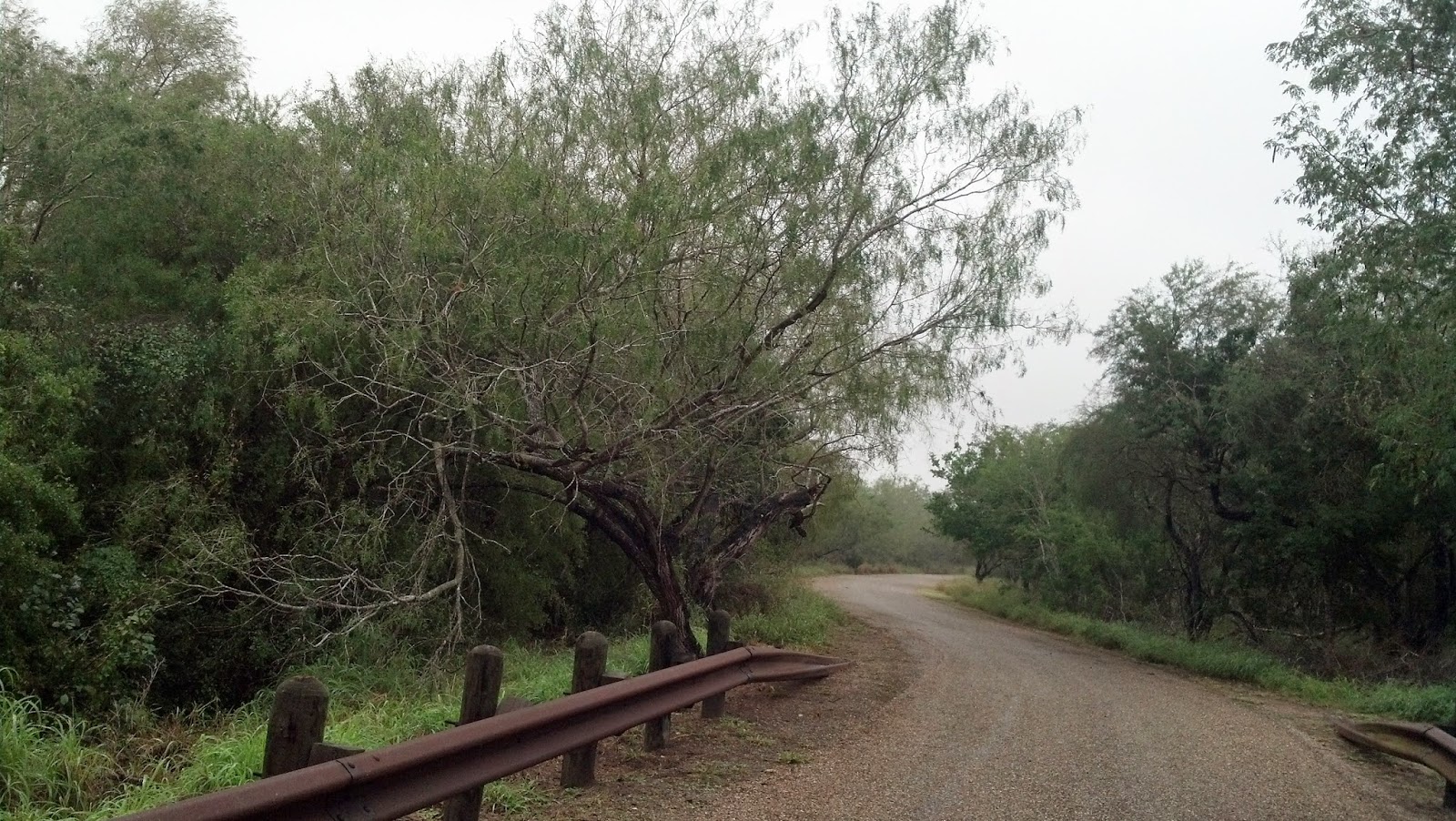 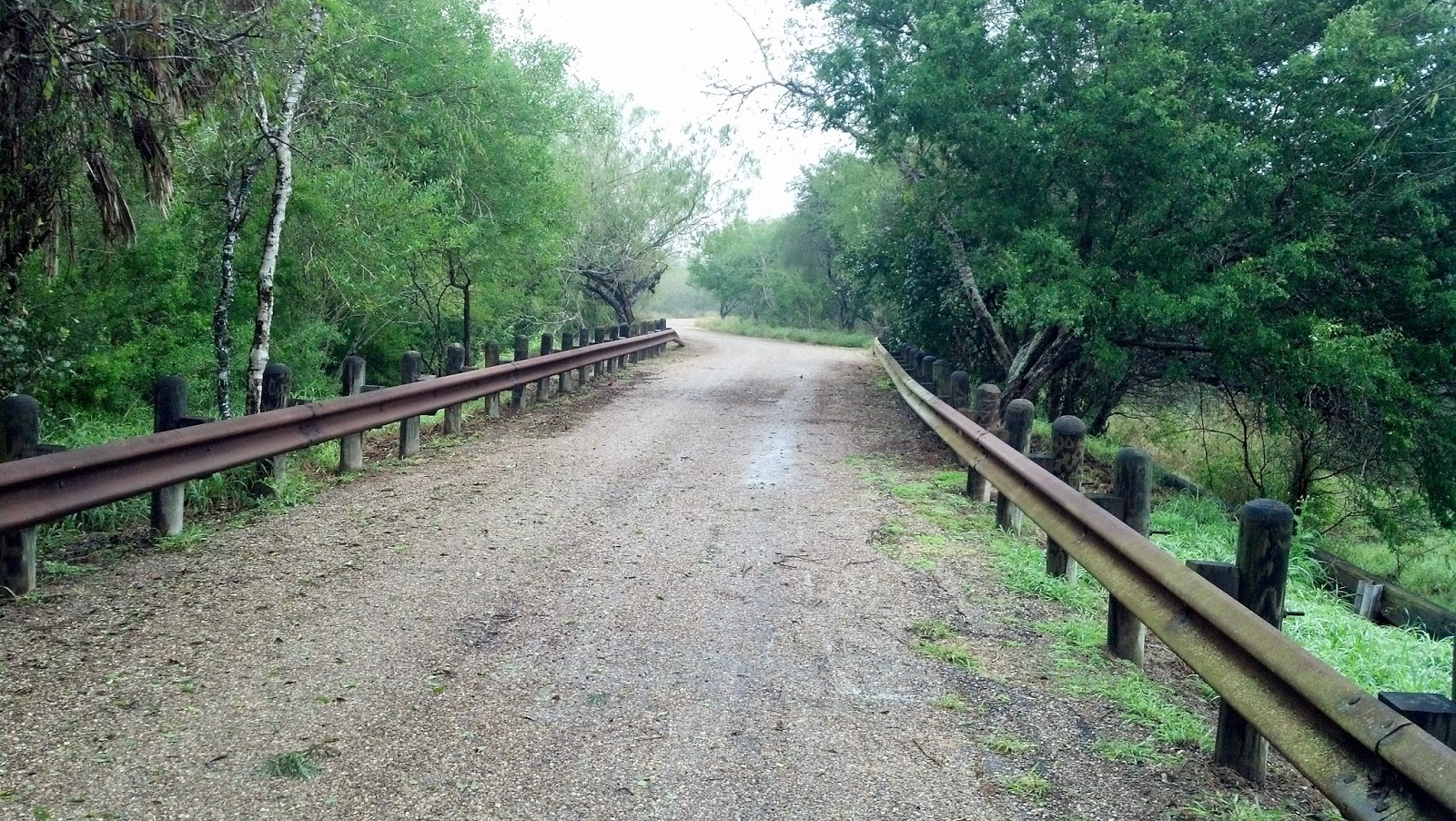 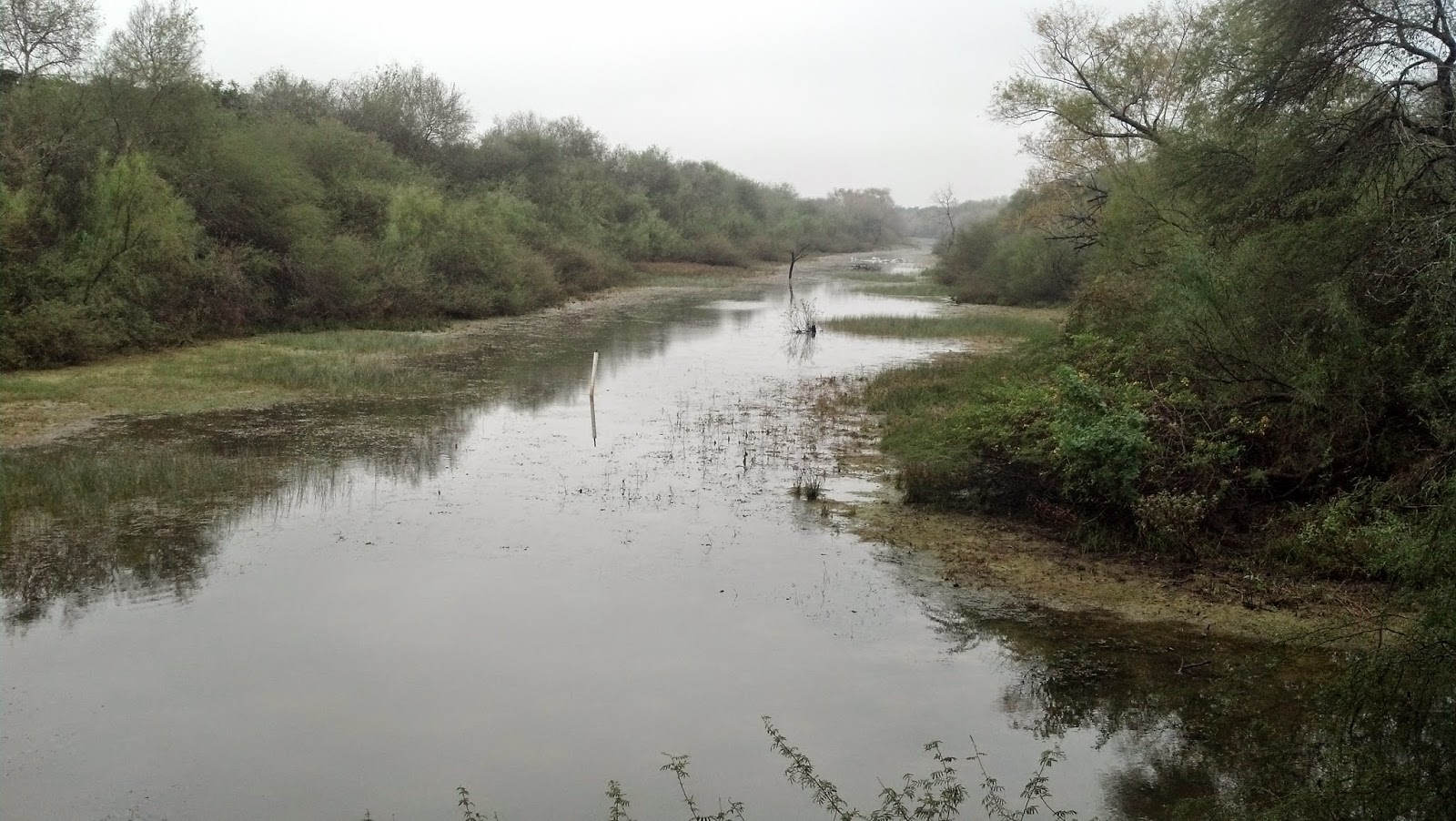 This is one view of the resaca, which is an "oxbow" section of the Rio Grande river that was cut off from the direct flow of the water by normal changes in river migration.  These resacas are common in this part of Texas.  Many are currently part of wildlife refuges or State Parks where the water levels are regulated for the benefit of local wildlife.  That is sometimes quite a challenge in a state where water is less abundant and agriculture is the major economic staple.  Snowy Egrets, ibis' lesser yellowlegs,  multiple species of ducks and many more bird species are commonly seen in the four miles of resaca in this park. 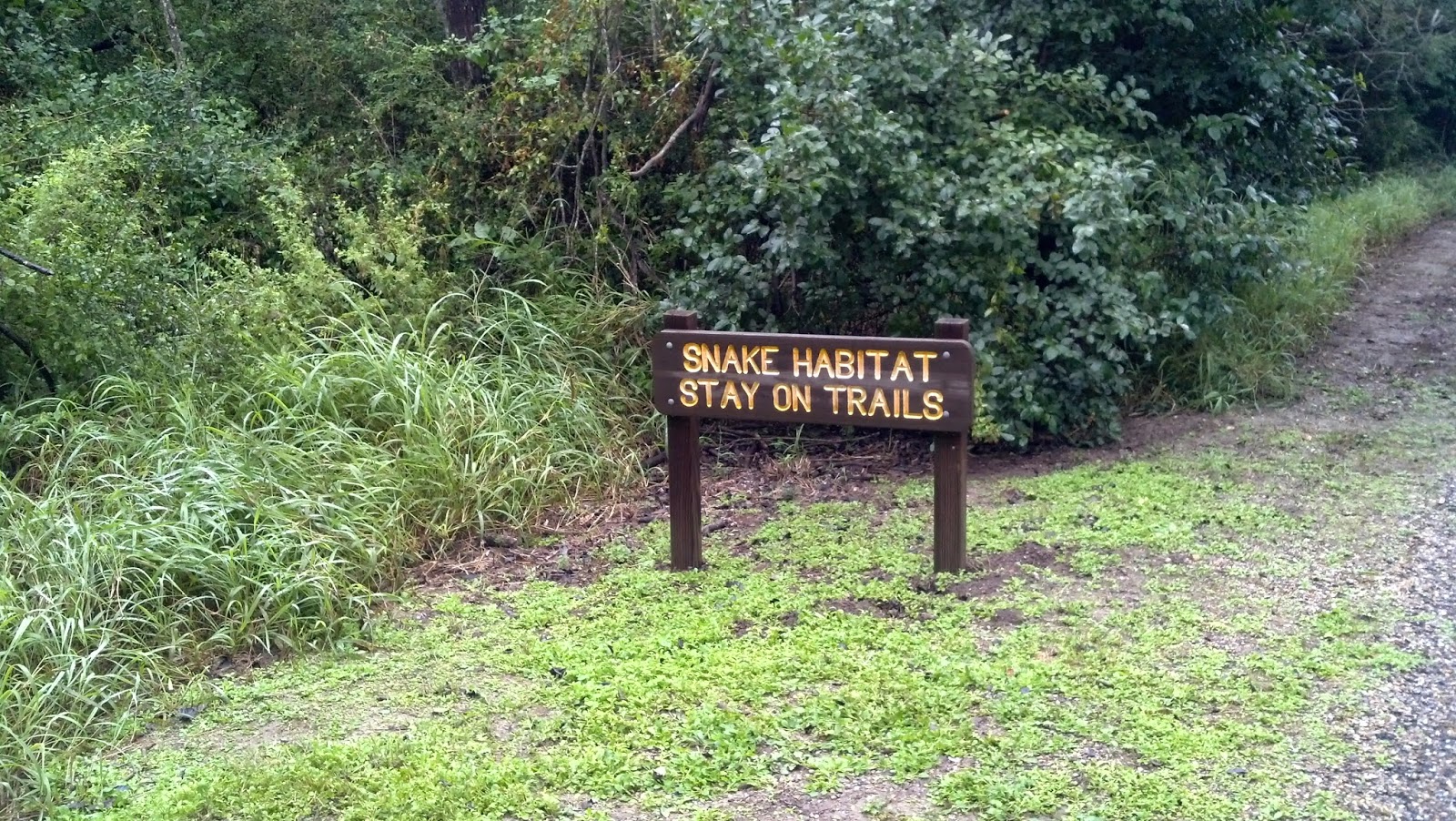 As I said, lots of wildlife in their natural habitat!  (None seen yet) 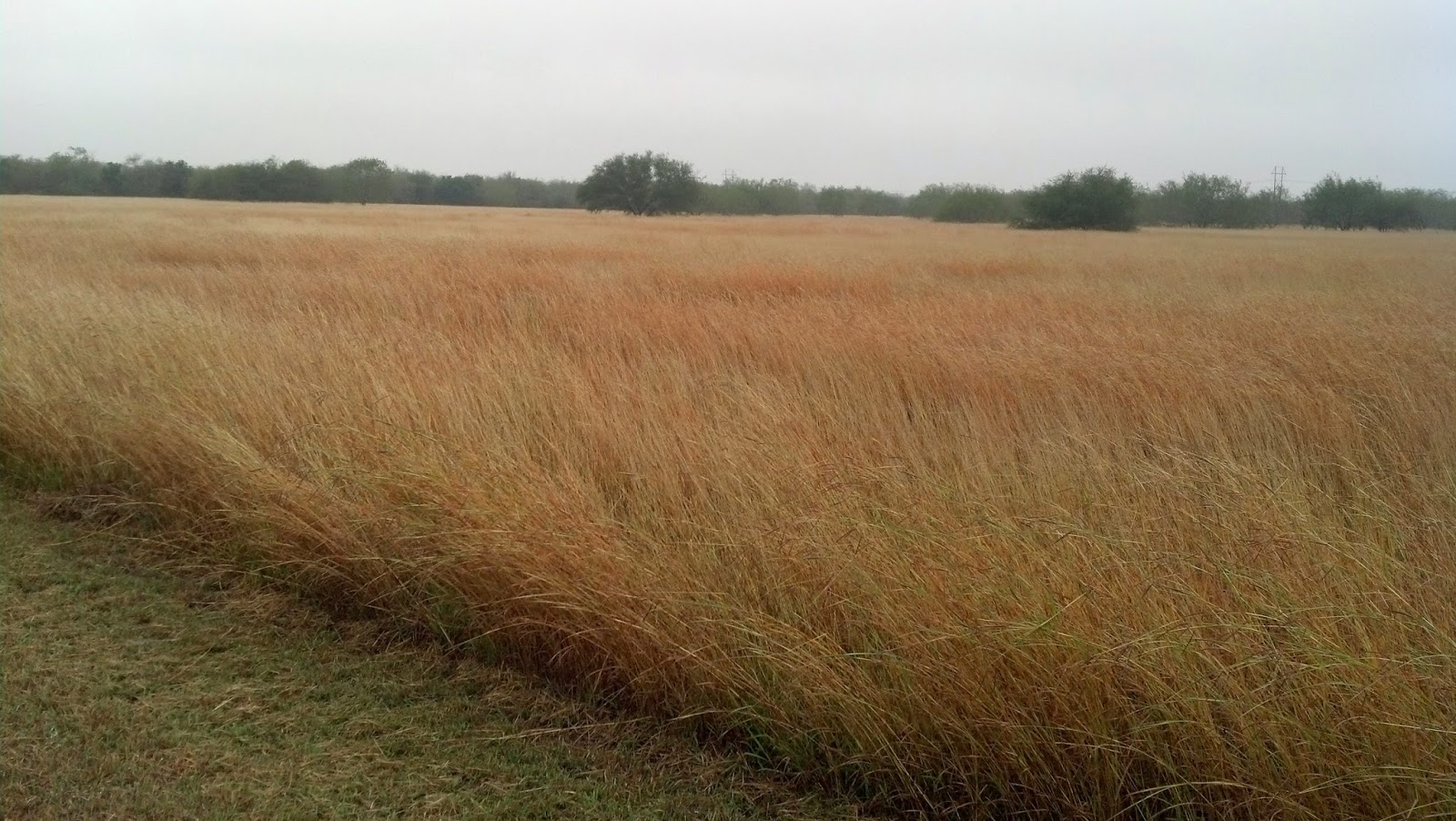 Beautiful grassland section can be enjoyed on the tram loop


The staff and volunteers getting important dates on the calendar. 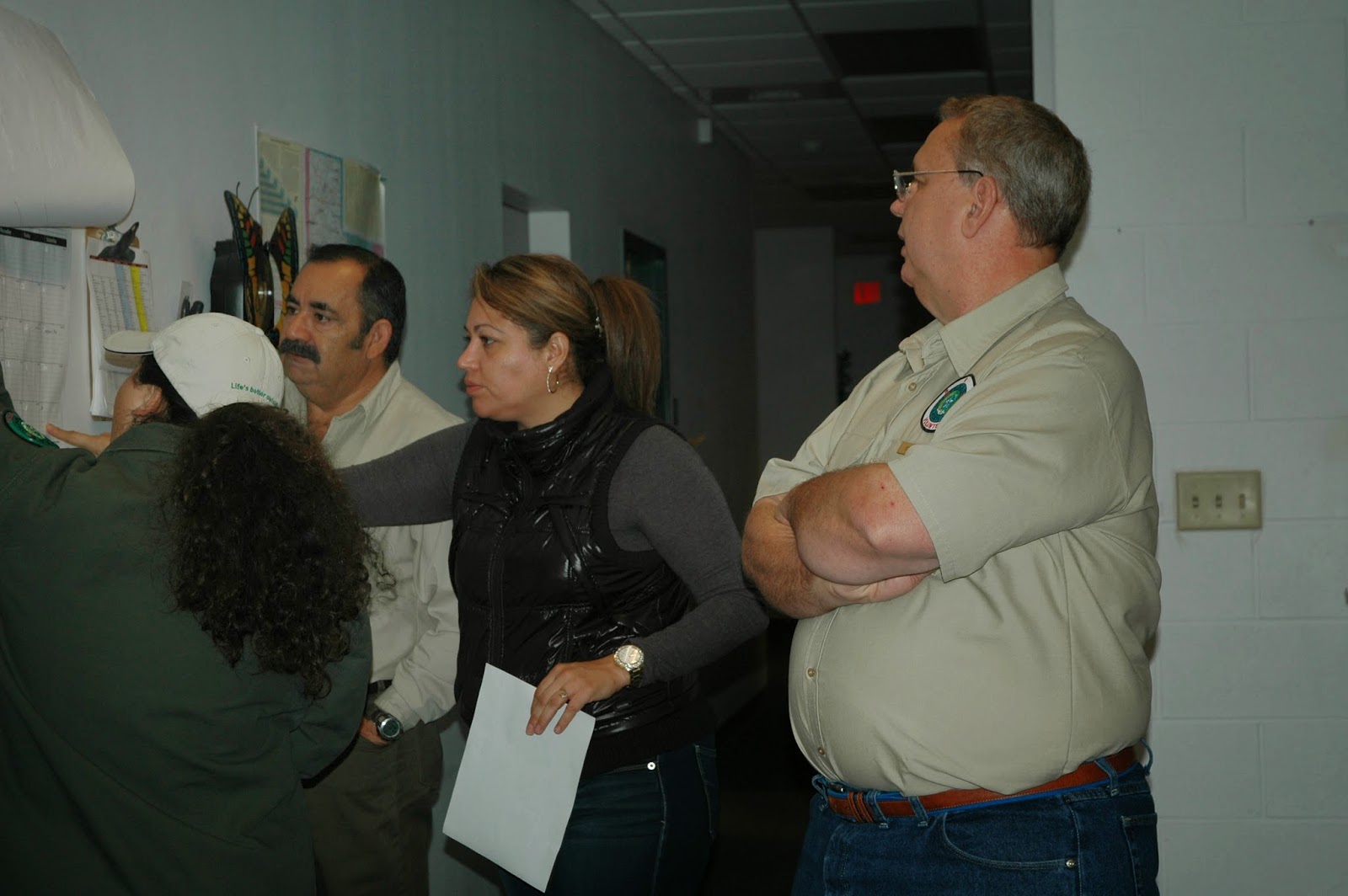 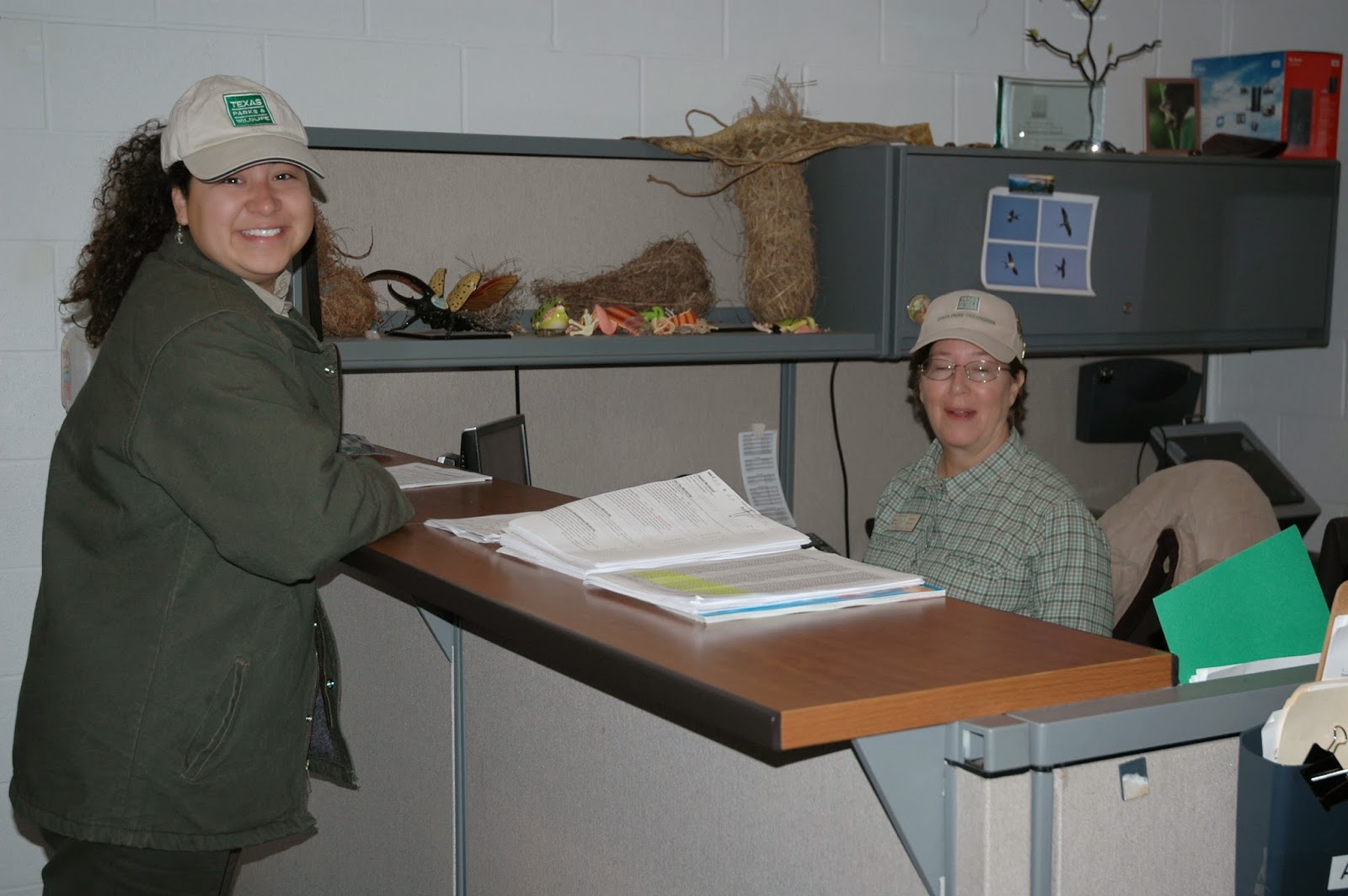 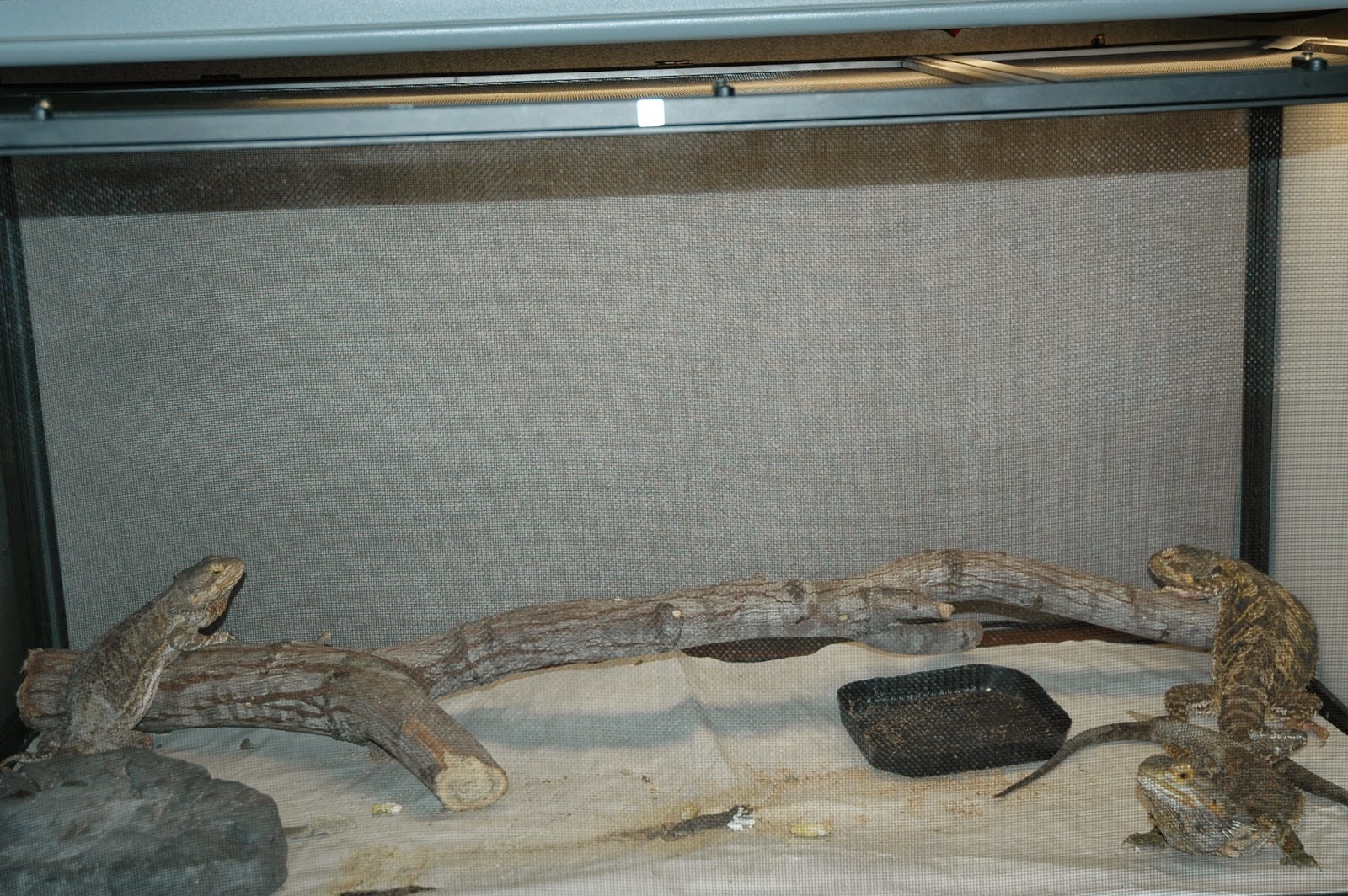 While I got familiar with some office wildlife, (staff pets), and began work on a bird project, Marlin spent some time fixing rental bikes.  Flat tires are a constant hazard here where most all plants possess sharp thorns of some sort. 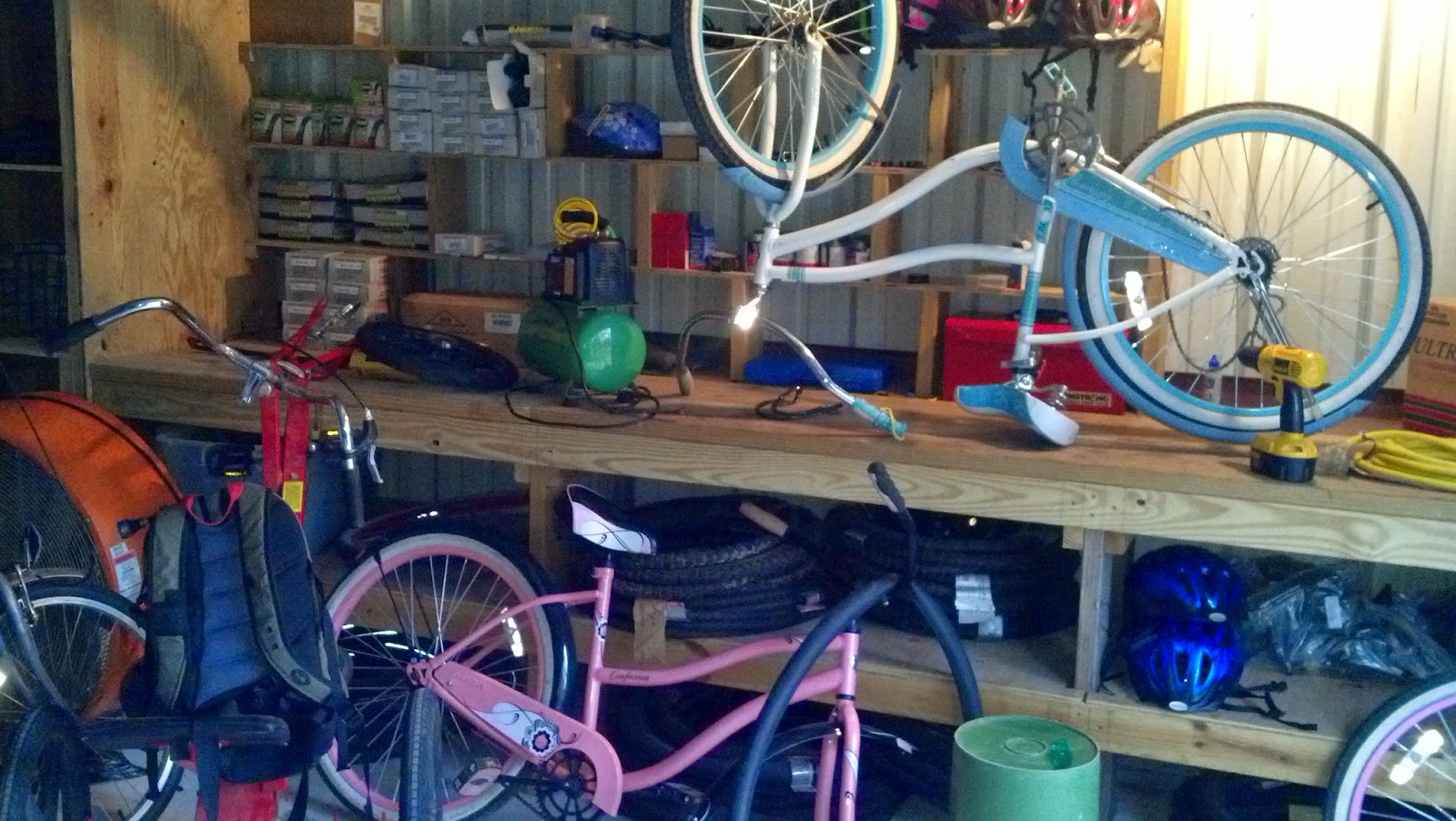 We have the  next three days off and plan to investigate a few spots we did not get to last year.  Stay tuned.
Posted by cooktravelogue2007-8.blogspot.com at 10:04 PM