Our co-host volunteers, Jan and Steve Mondl, invited us to join them for a guided tour of the Old Brownsville Cemetery.  Sounded like fun, so we booked the next tour, which was on Friday, January 23.  That day turned out to be rainy and cold, so we opted to visit the City of Brownsville Museum next door instead.  Turned out to be a good choice and we learned a good deal about Brownsville's beginnings. 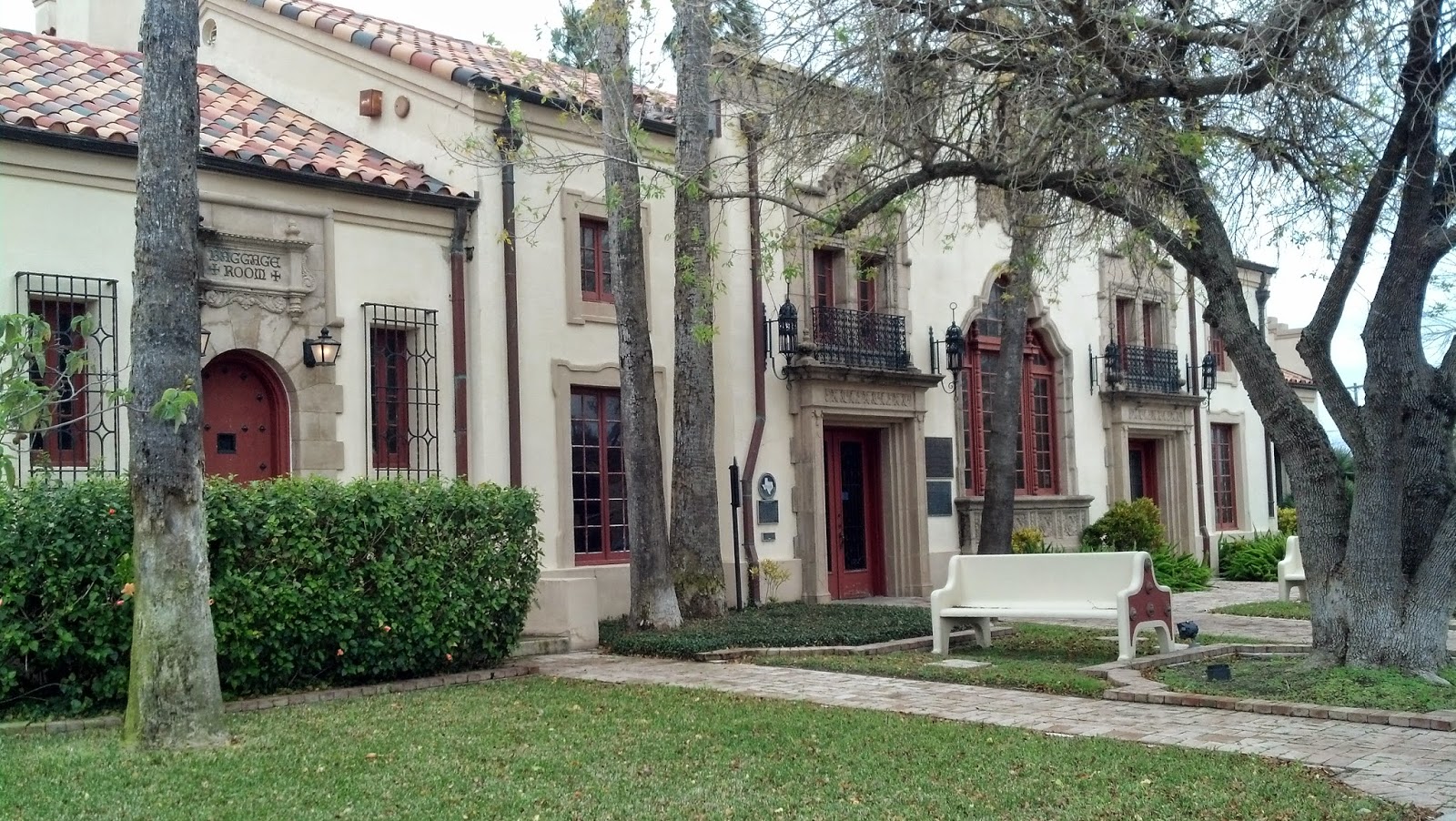 The museum is located in the old Southern Pacific train station.  Quite an attraction in and of itself 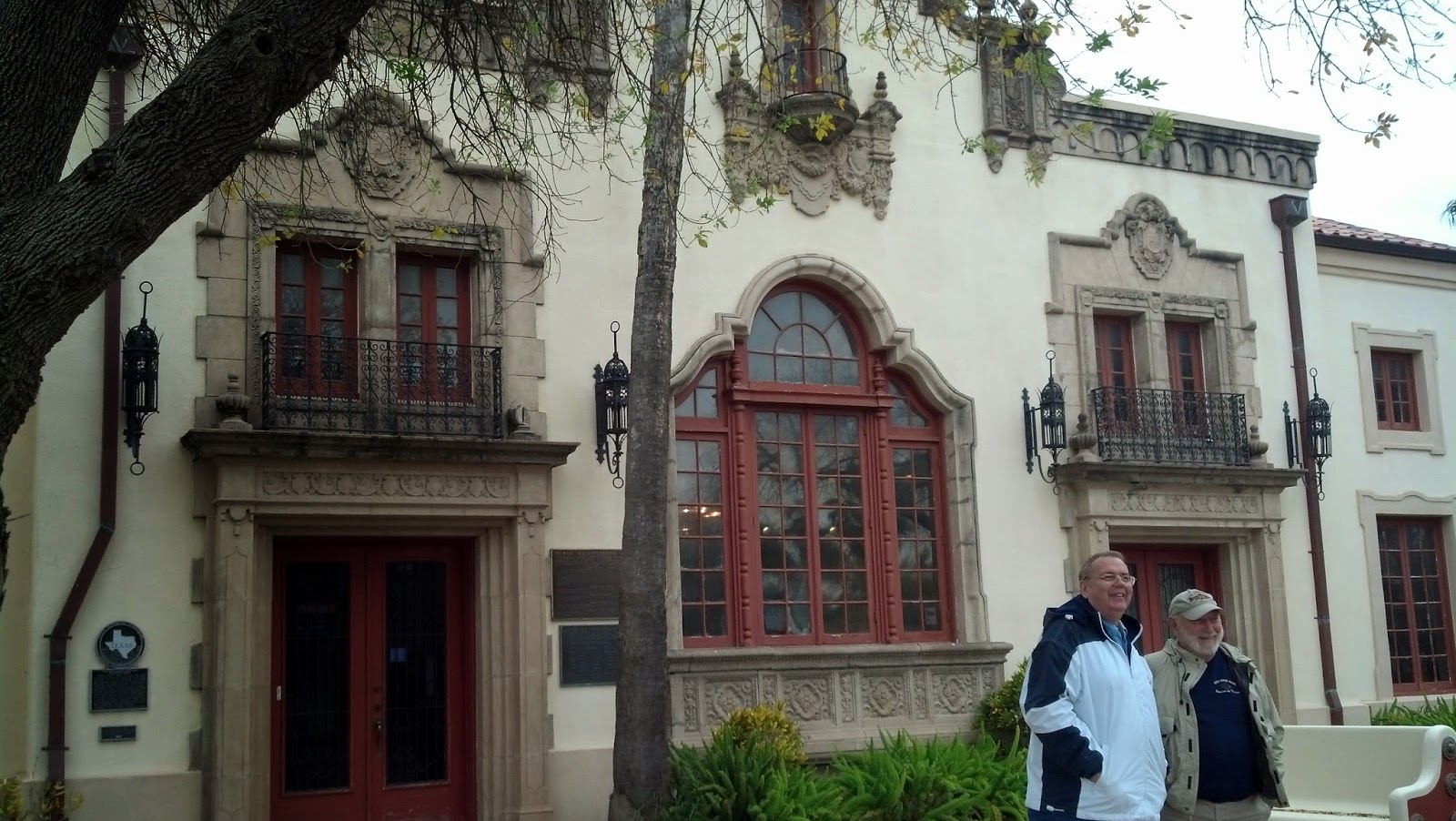 Steve and Marlin outside the museum

A  man called Simon Celaya, originally born in Spain, organized the Rio Grande Railroad between Brownsville and Port Isabel in 1870.  Passengers would arrive in Port Isabel on steamships and would transfer to the train cars, that were backed up to the dock, for a short two hour trip to Brownsville.  The railroad was build on pilings that crossed the shallow lagoons that existed between the two cities. 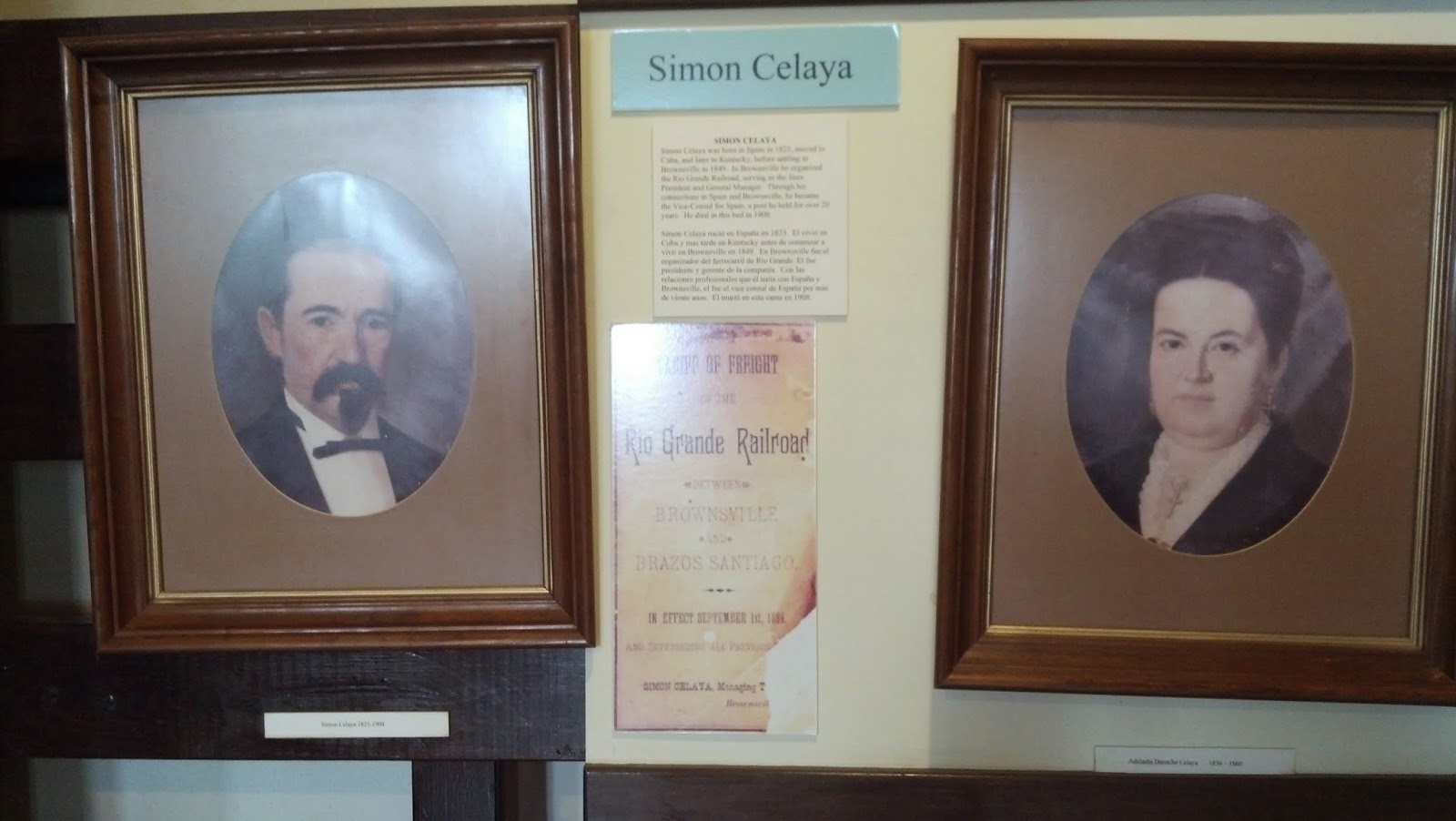 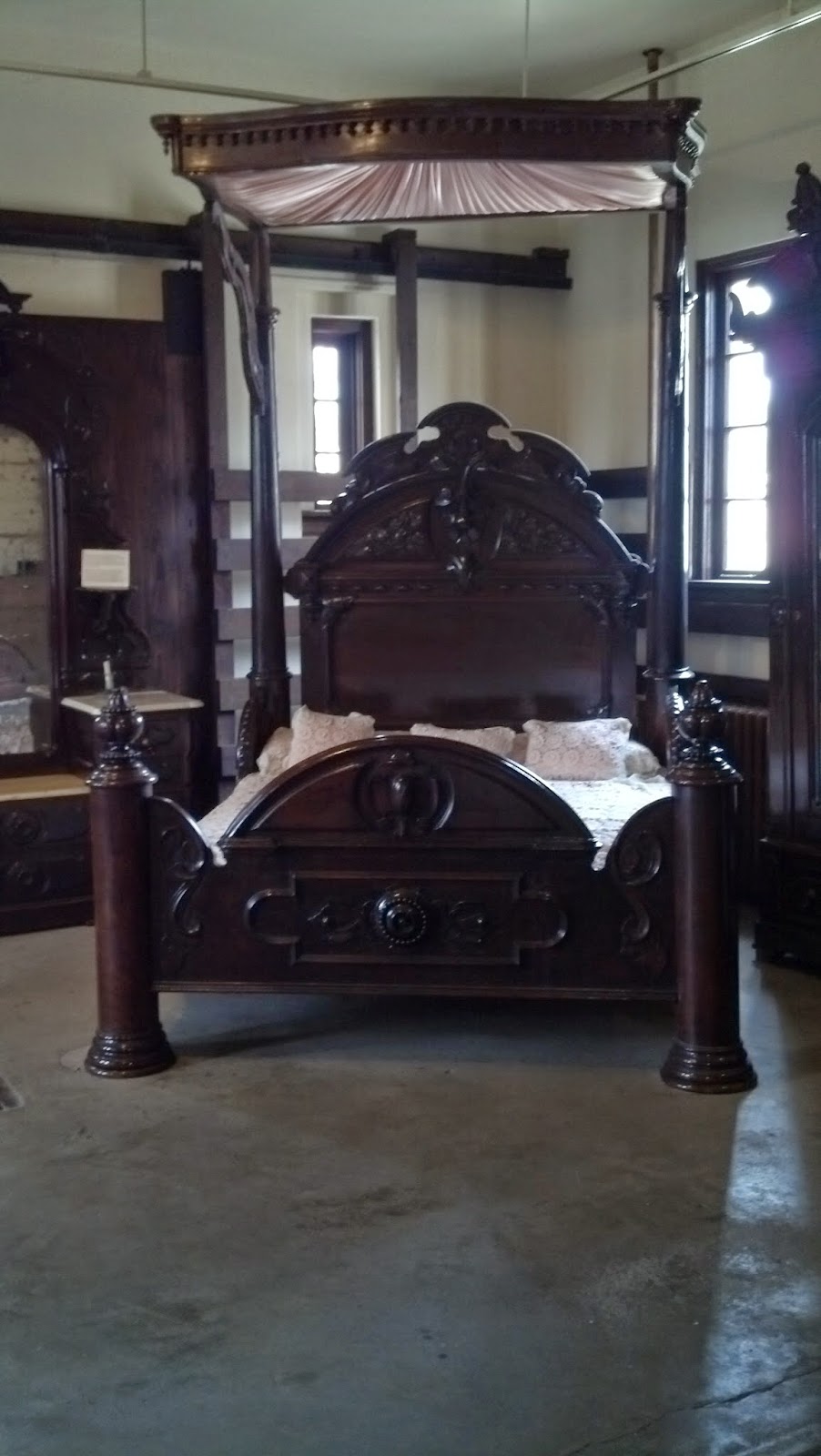 The station baggage room now contains the bed in which Simon Celaya died in 1908.  The docent in the visitors center claims the room has a history of strange occurrences, enough so that "ghostbuster" type teams have come to check out the room. This seems unconvincing, since the station was not built until 1927, long after Mr. Celaya's demise, as well as the Rio Grande Railroad, which had become part of the Southern Pacific Railroad.

The museum held many interesting artifacts from Brownsville's history but the highlight of the tour was the restored, 1877, narrow gage railroad engine #1. 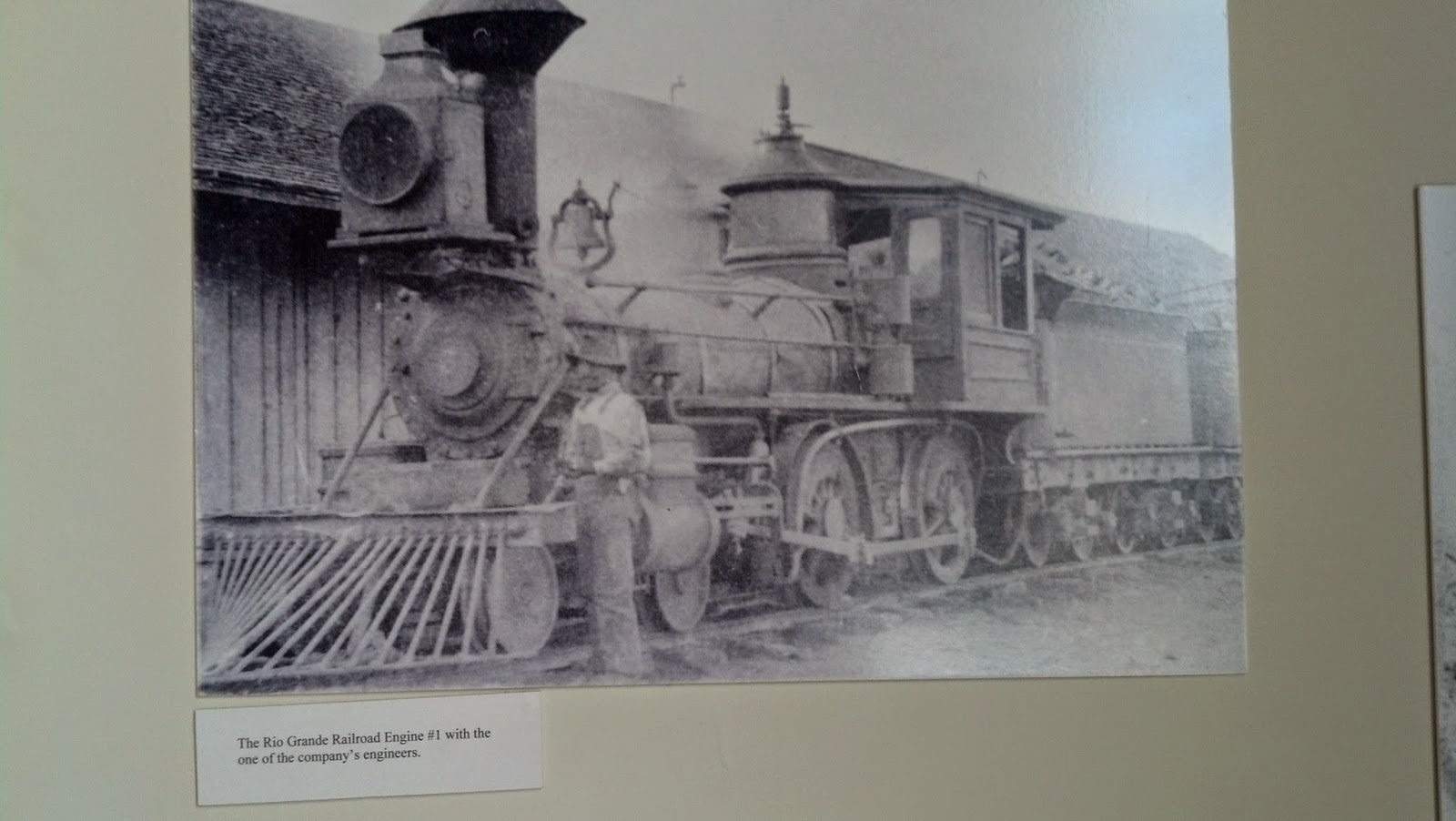 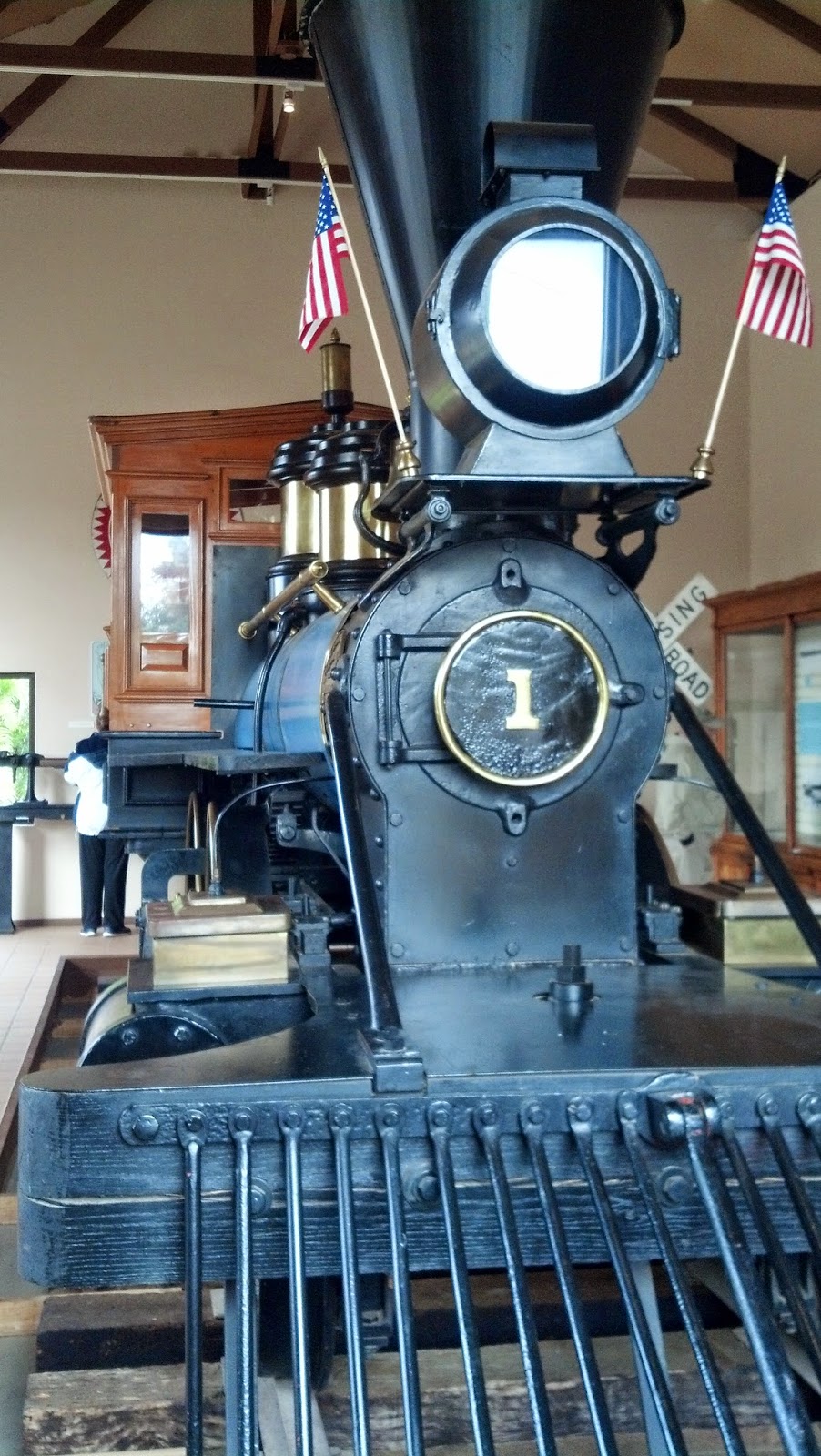 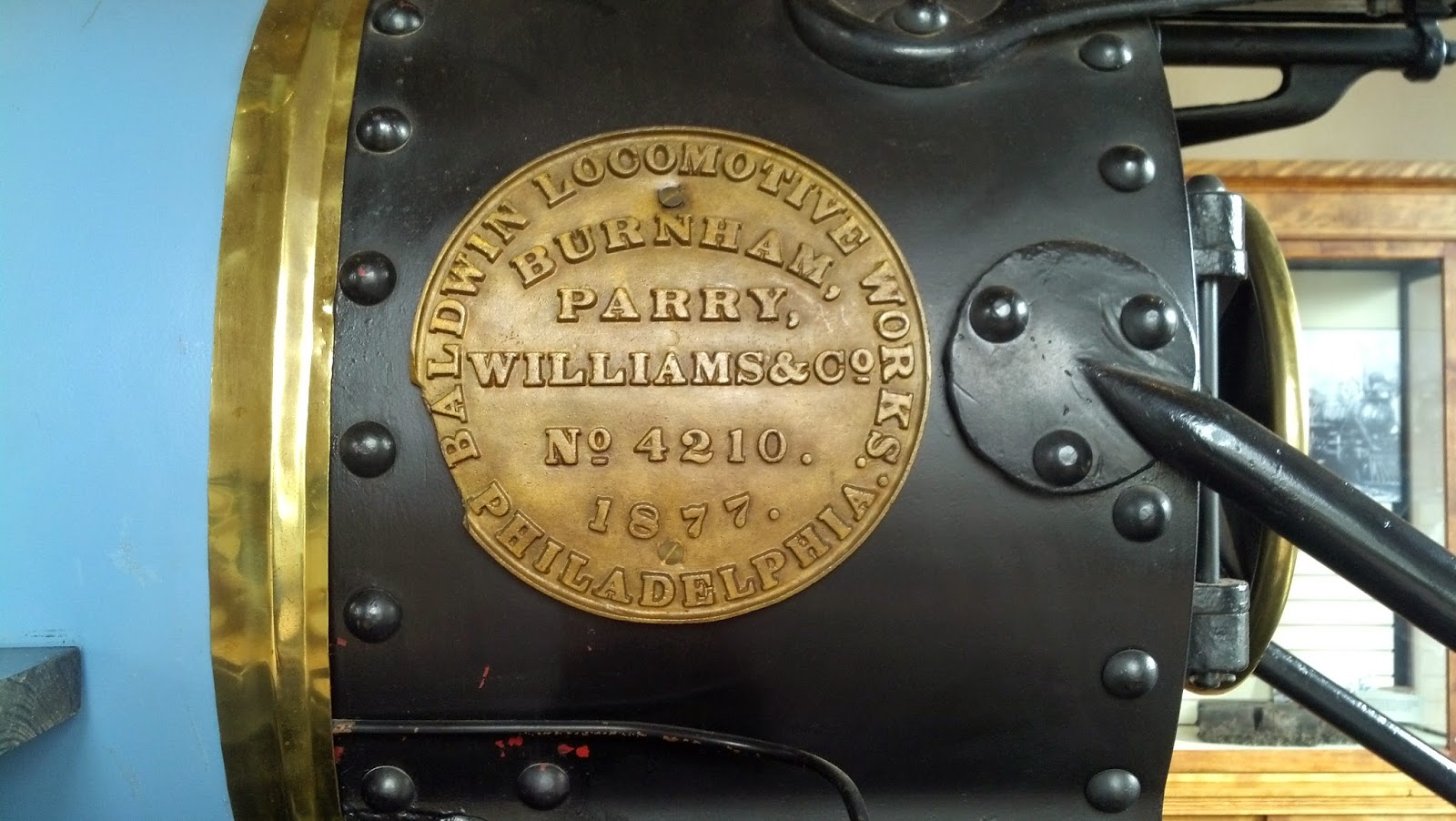 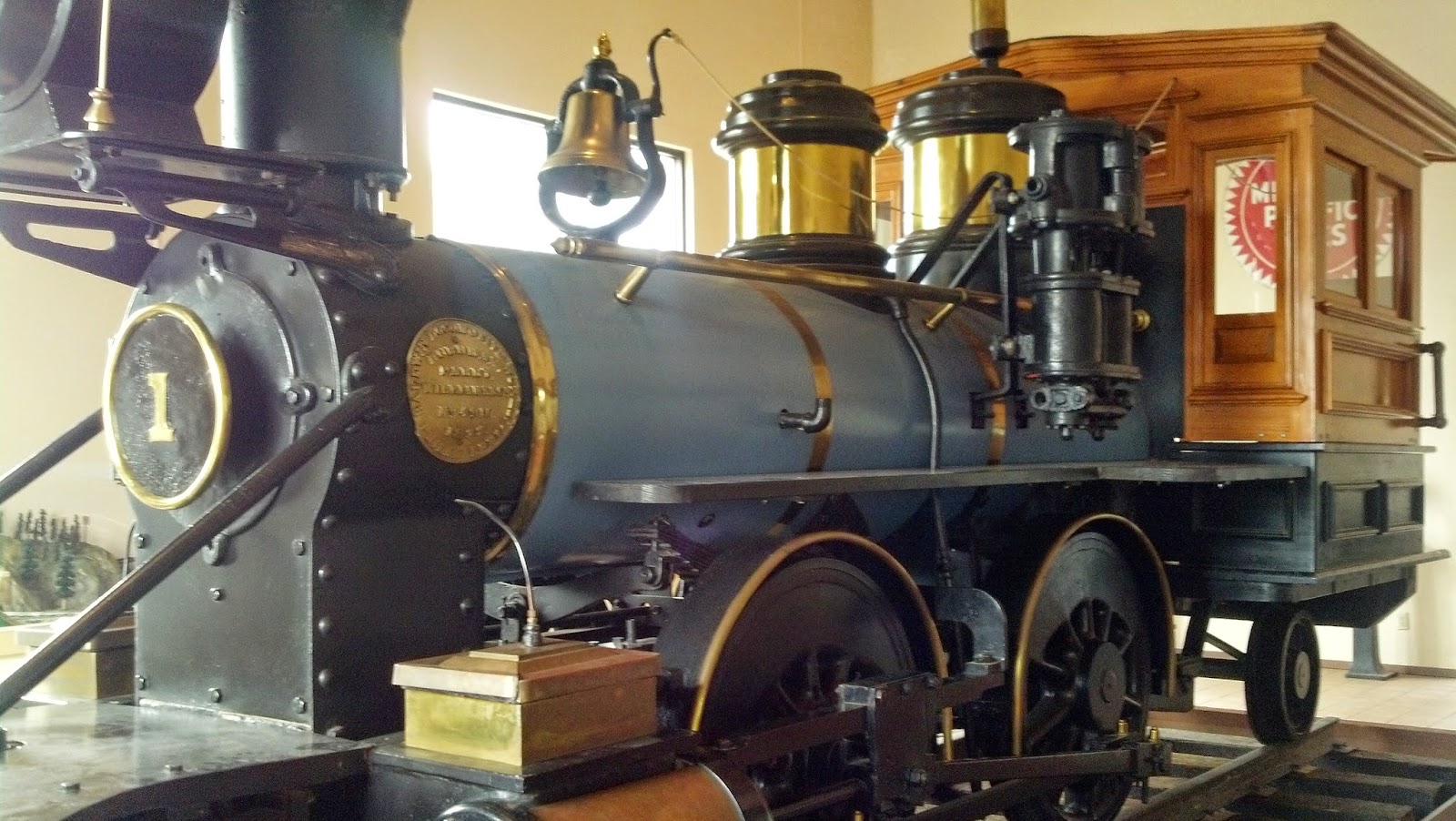 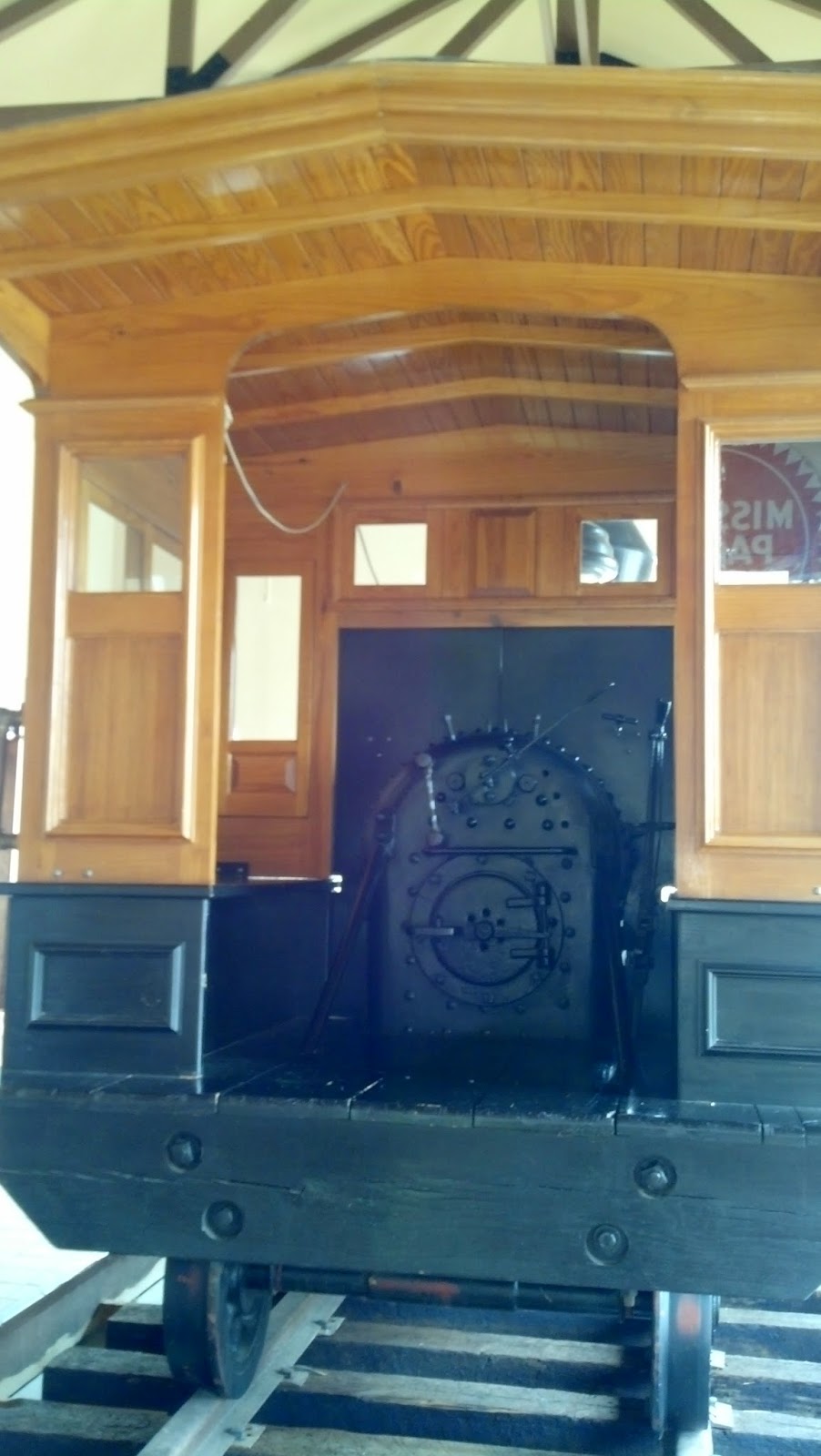 We were lucky enough to be leaving the museum when the gentleman who had restored the train came in to drop off some pictures.  His name is Gene Balch and he is a retired machinist who owns the machine shop where the work was completed.  He did the renovation for free, having his employees work on the train when there was a lull in the work schedule.

He was naturally very interested to tell us all about the process, how things were repaired, or replaced, and how long the process took.  He had some pictures of the train when it was located and I could not believe it was possible to reconstruct it from the condition of the body.  When the repairs were about half complete, he asked where the city was going to put the train when it was finished.  A city official described an outside location, near the water.  Mr. Balch told the man "If that is where this train is going to be located I am going to stop right now."  He figured if it was left out side near the water it would not last very long.  Fortunately funds were raised for a new building, next to the old station, where  the train is now permanently located in a temperature controlled environment. 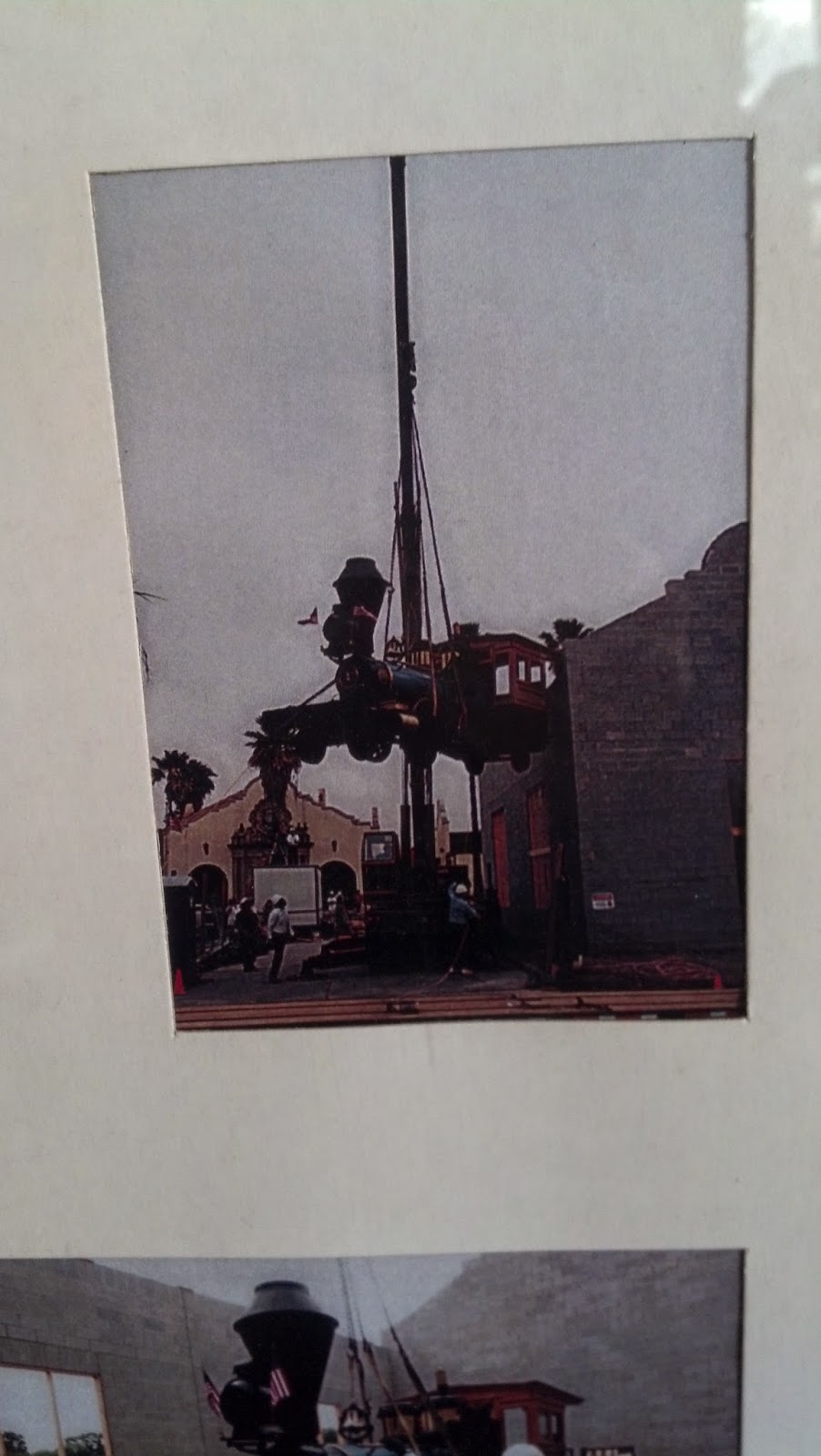 The train was lifted into the building before the roof was put on. The interior is nicely finished with many display cabinets containing pictures and artifacts relating to Brownsville's railroad history.