Although I was actually missing "Yoga in the Park" yesterday, I was anxious to use the day off to visit a new area in this lower Rio Grande Valley.  We headed out to Boca Chica Beach, located at the southern-most tip of land on the Texas side of the Gulf of Mexico. Route 4, out of Brownsville covers about 15 miles of marshy ground, posted as National Wildlife areas.  This stretch of land also has some interesting history.  You never know what you are going to find out about when you stop and read every Historical Marker along the highway, which is one of Marlin's favorite activities.  Who knew that the very last battle of the Civil War was fought in Texas. 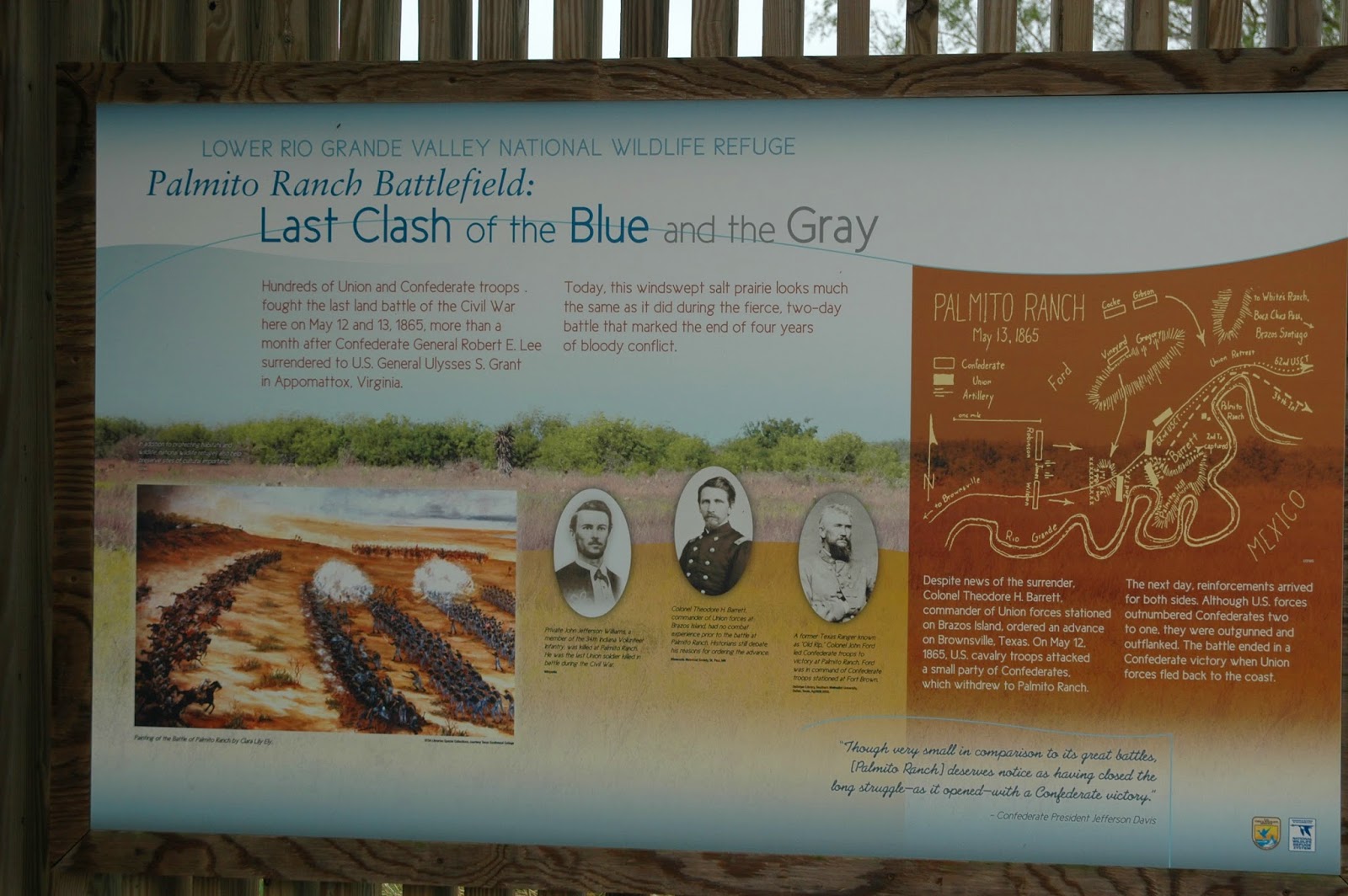 Even though Lee had surrendered more than a month before this May 12, 1865 battle, the Colonel in charge of the Union troops ordered an attack on Confederate troops stationed in Brownsville.  This confrontation ended in a Confederate win when Union troops fled back to the coast.  Makes you wonder how "the rest of the story" played out.  Further along, another marker described the cypress post remains of a railroad built by Zachary Taylor in 1846 to move supplies during the war with Mexico.

At the beach it was cold and windy but we headed out for a walk anyway.  Vehicles are allowed on this beach and the only people we saw were inside cars or trucks. 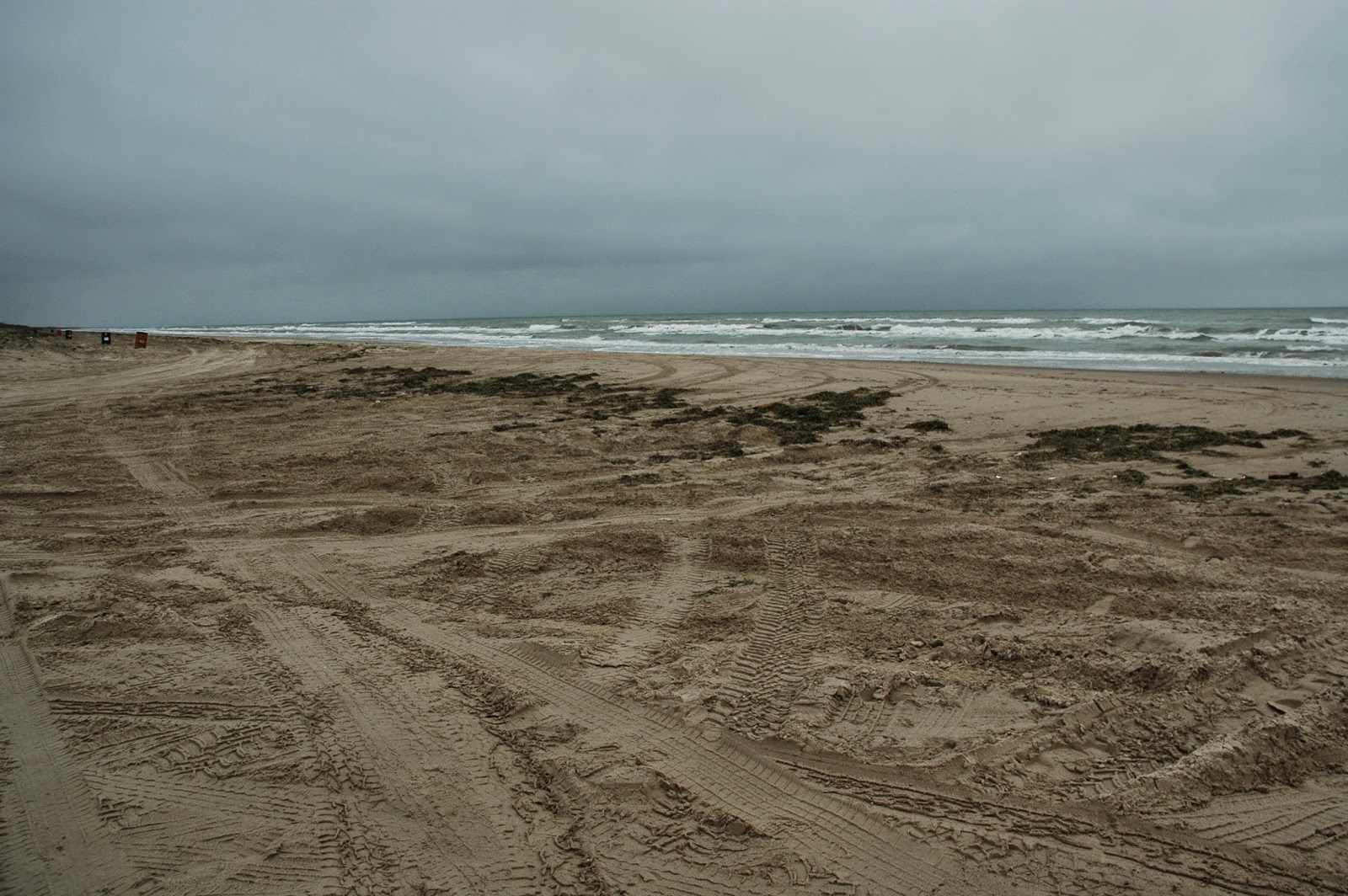 
Not as many shore birds as we would like to have seen but the walk was very enjoyable.  We will definitely come back here often. 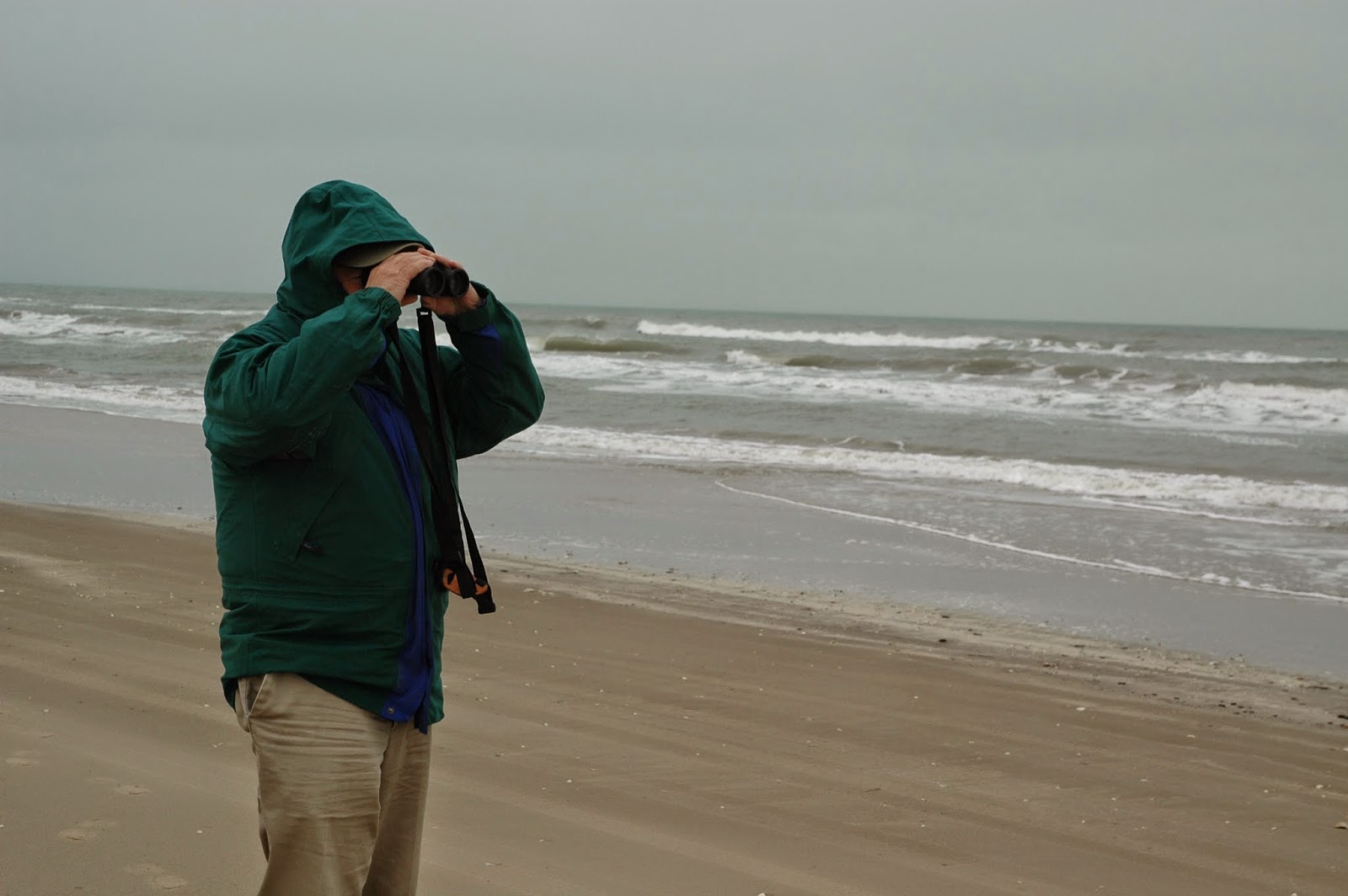 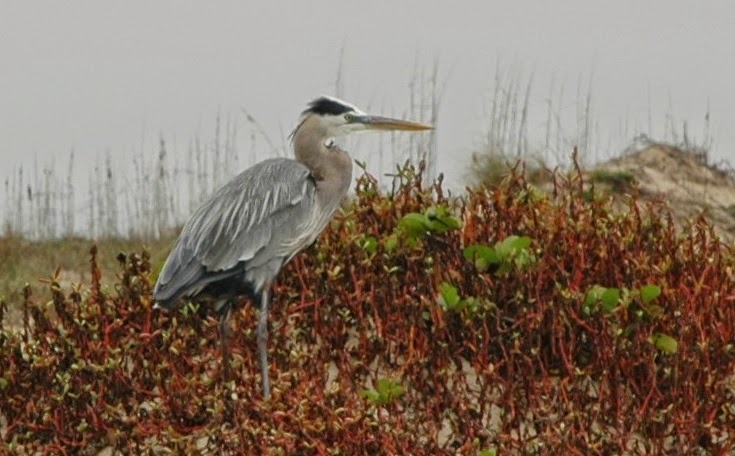 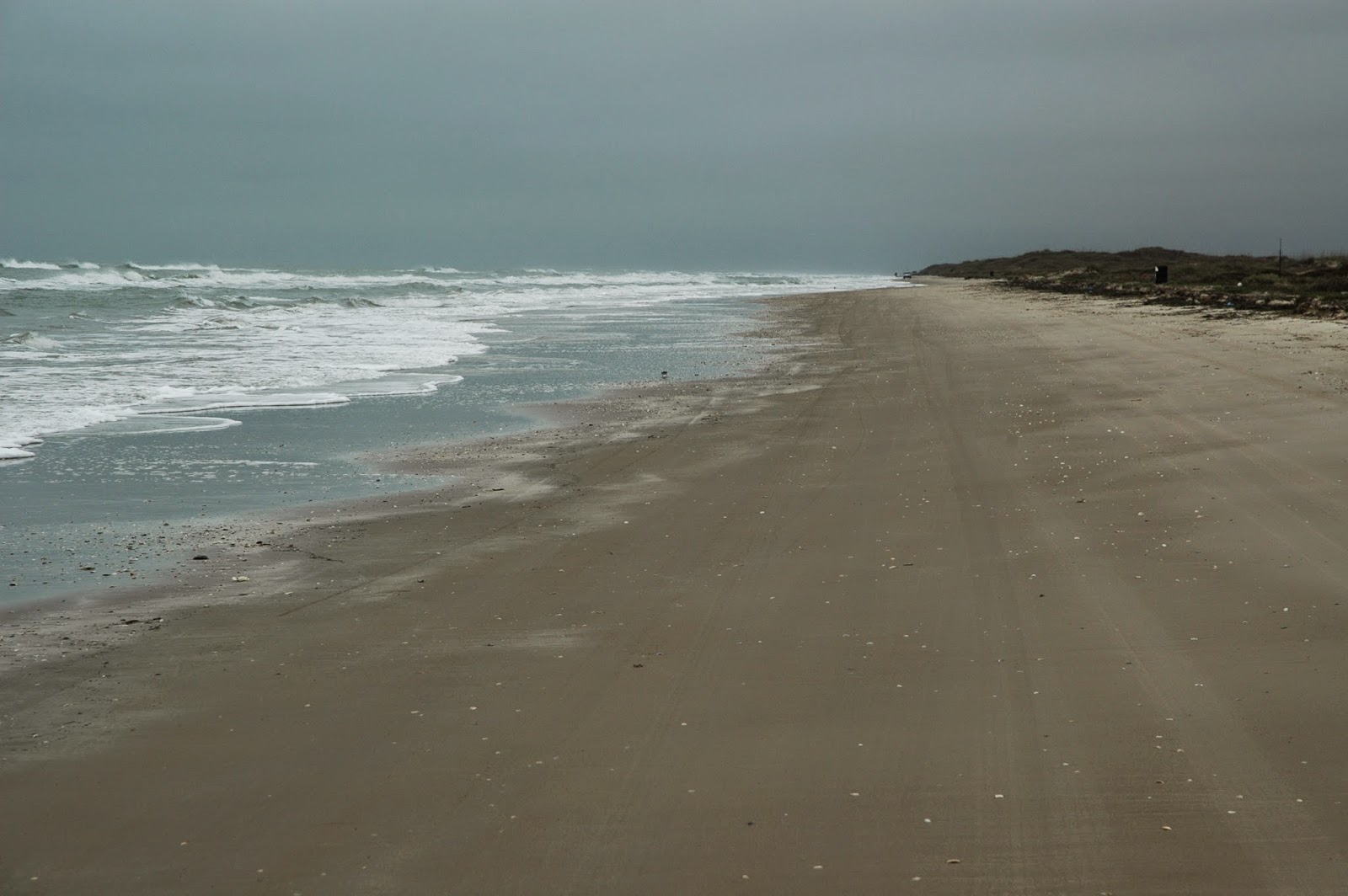 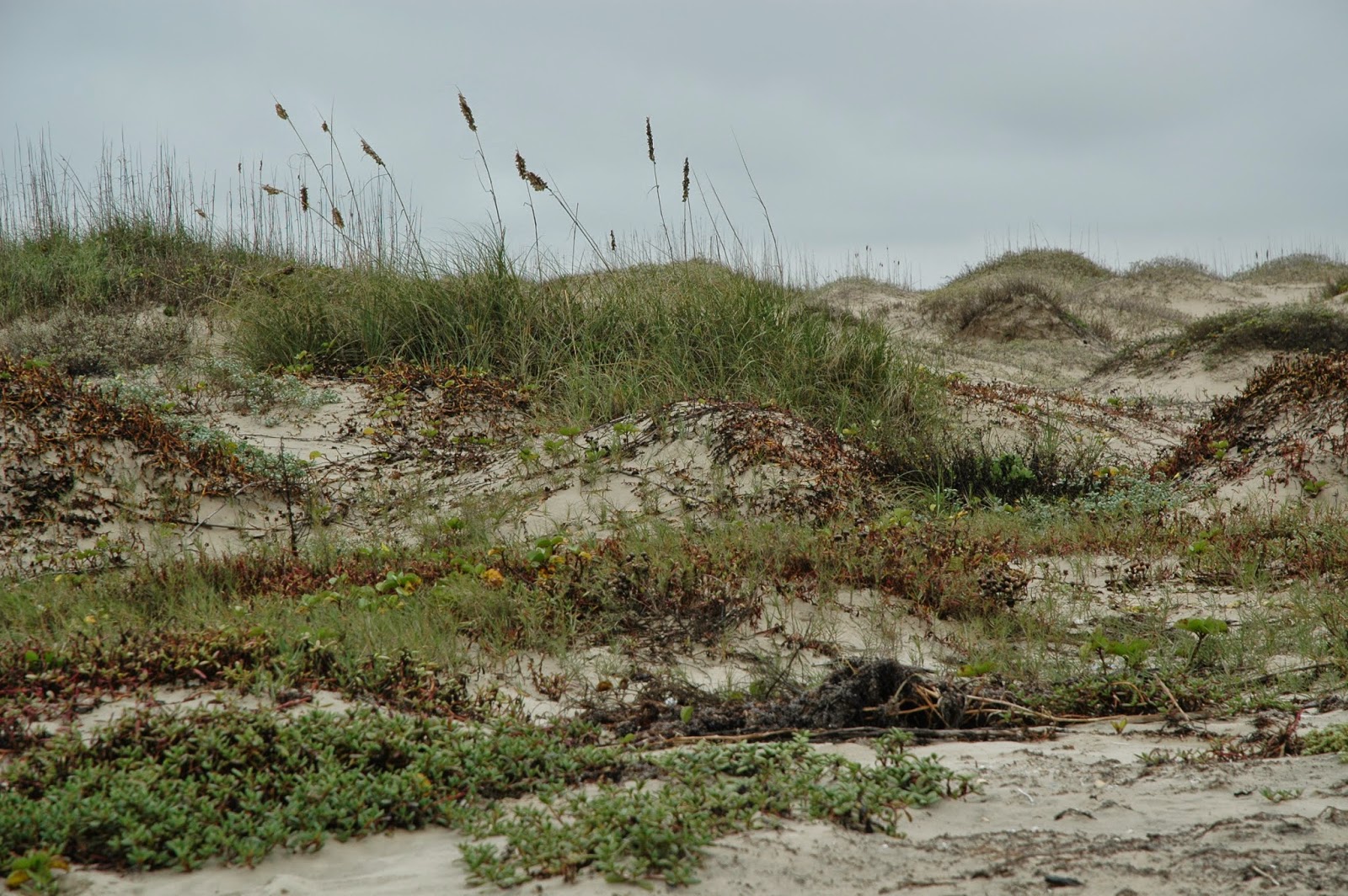 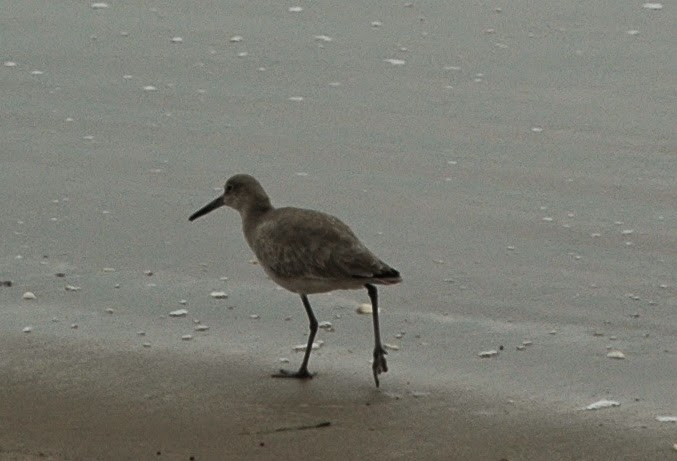 Only a few scattered birds were to be seen 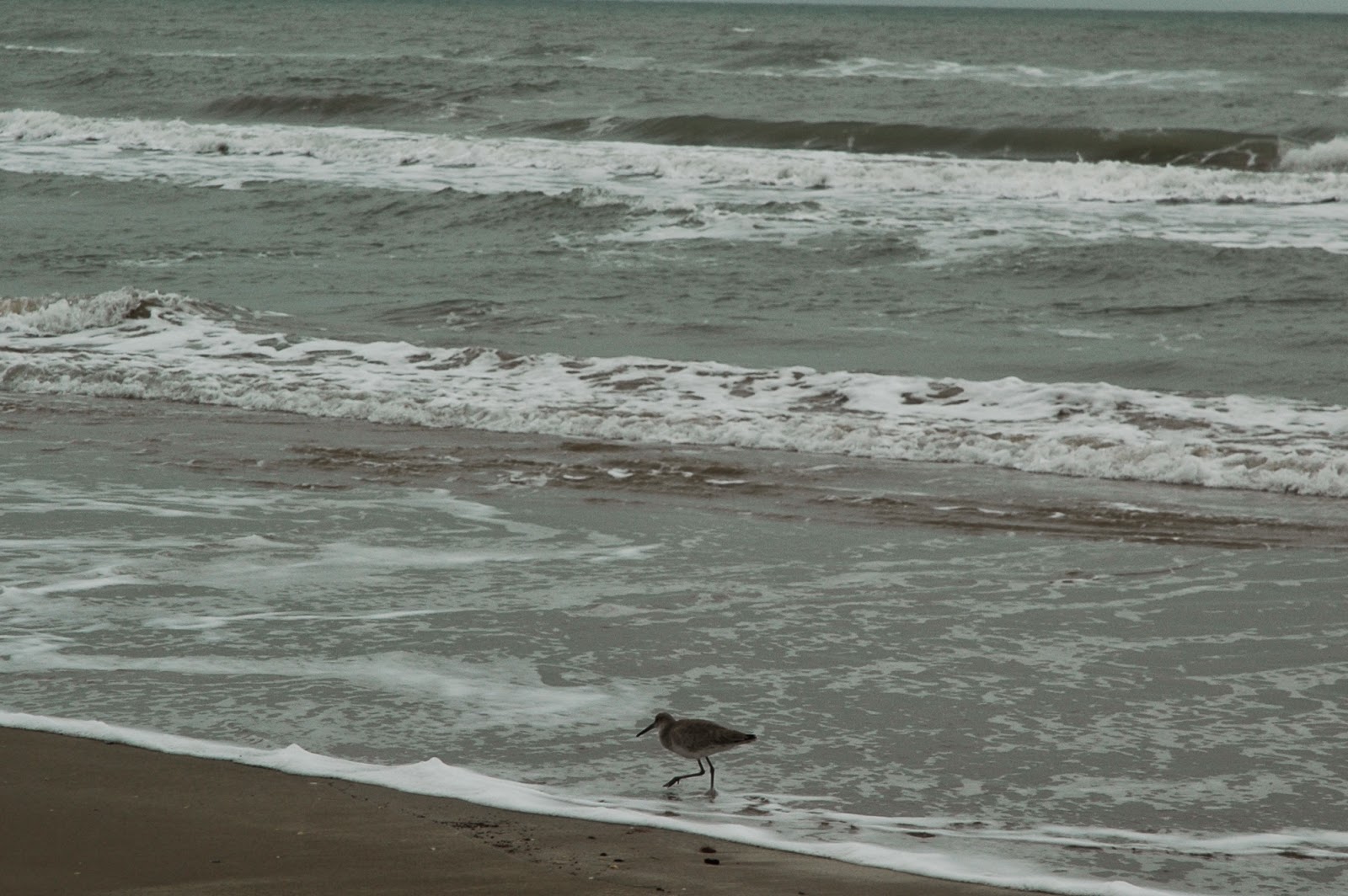 On the ride back through the tidal marsh we got one more treat.  A Harris hawk sat on a fence post for at least five minutes, eating the lunch of a nice fat mouse he caught on the dunes. 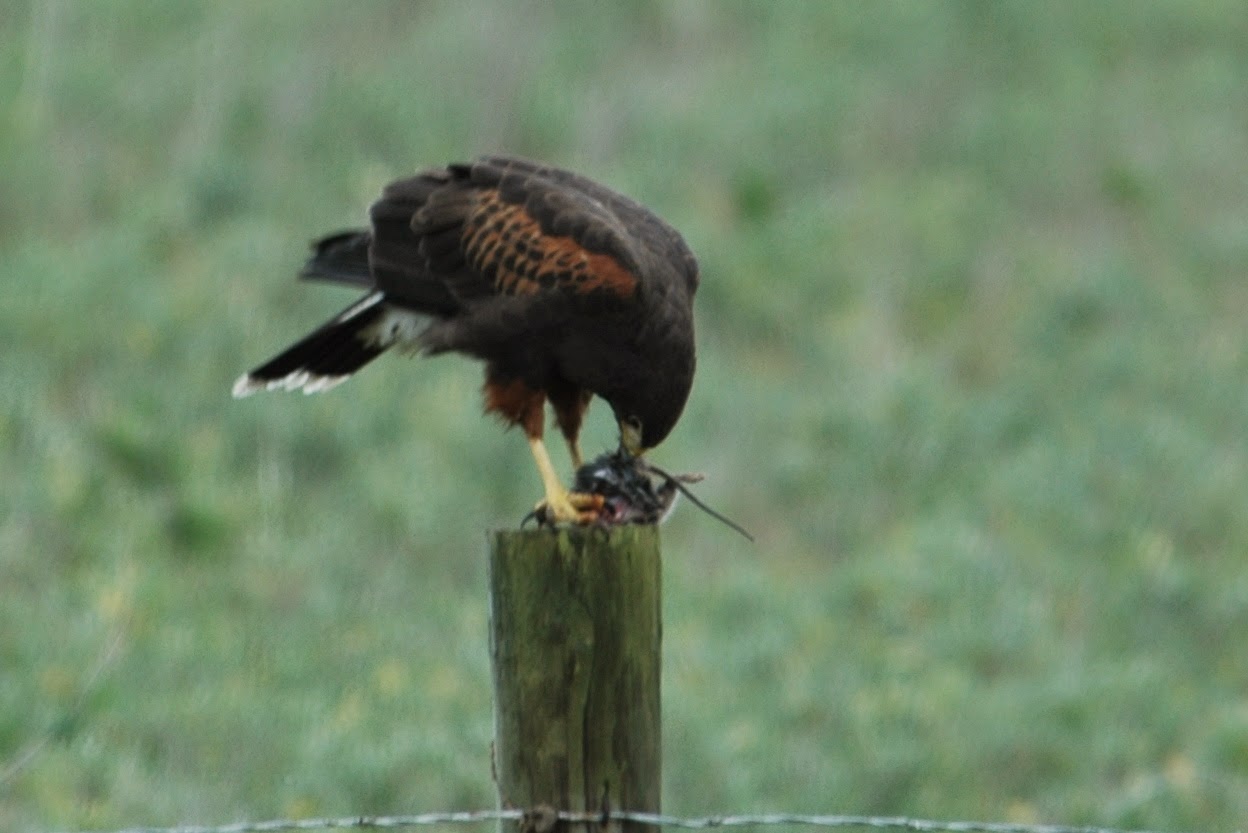 So far we are seeing a great selection of hawks in this area.  Hopefully I can get some good pictures when I remember to bring the tripod.
Posted by cooktravelogue2007-8.blogspot.com at 4:32 PM