Our "Get out of Dodge" trip south was uneventful, even somewhat boring.  Drive--stop in PA, drive-- stop in VA, drive-- stop in SC.  The stop over in South Caroline did include a short visit with Sharon and Frances Merrow, who have moved from Rockland to Spartenburg, S.C. last year. 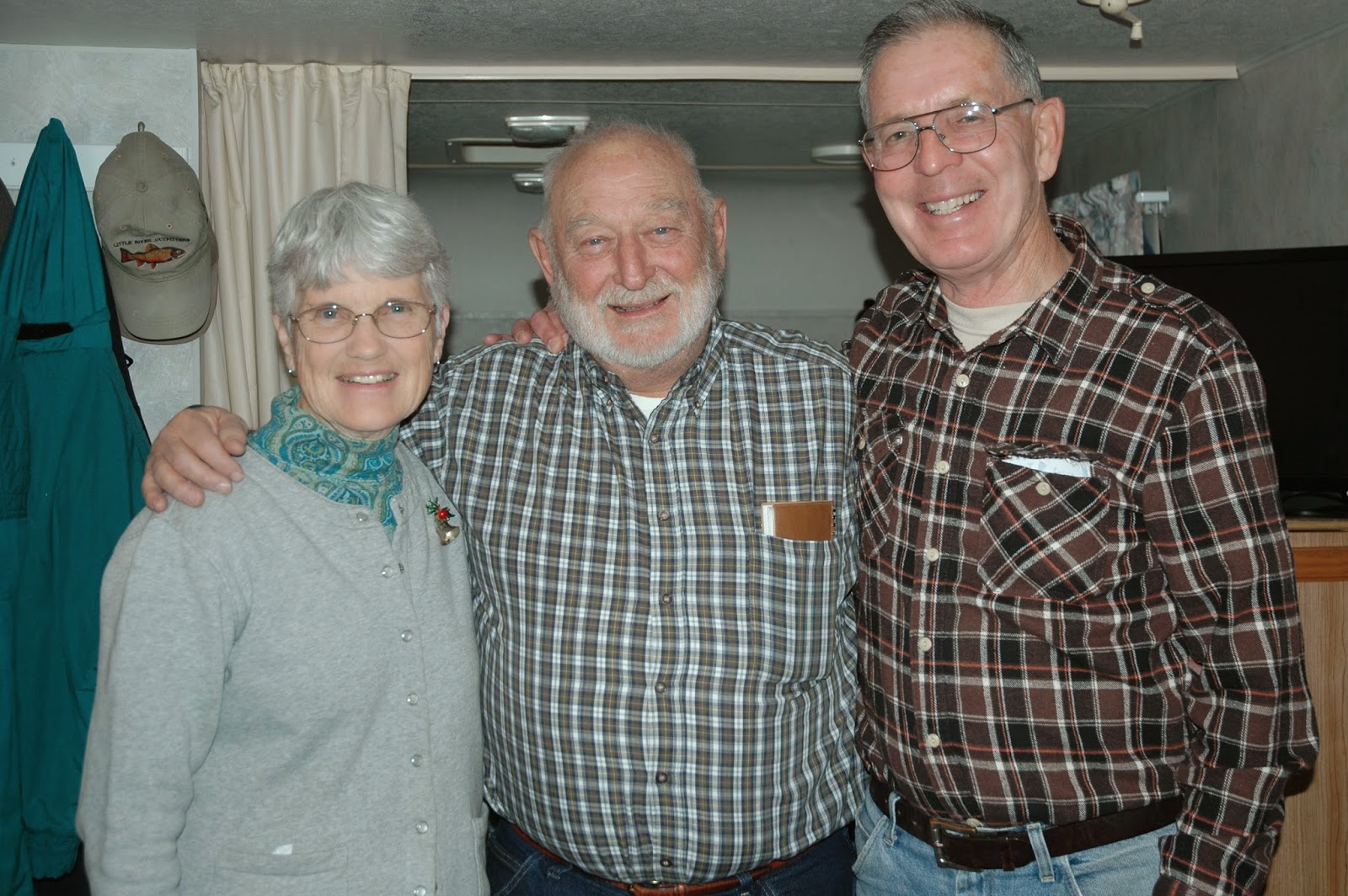 Camping near their home at Croft State Park gave us a chance to see their new screen porch and share a great dinner provided by Sharon.  Came away with a new fantastic biscuit recipe.  Best I have ever tasted, and I don't care for biscuits.

Three more uneventful stops and we made it to Texas, where we had reserved a week in a park just north west of Houston for a visit with Fred and Charlotte Siems.  Fred and Charlotte were co-hosts with us last year in Mission, Texas. 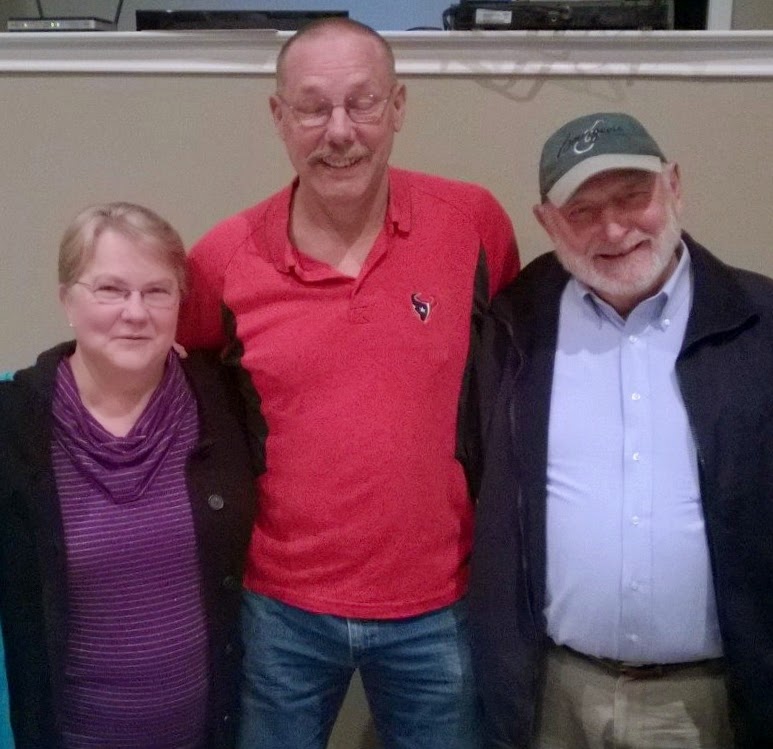 The Siems' arranged a very interesting trip to the battleship Texas where they had hosted before coming to Mission in 2014.  The ship just celebrated its 100th birthday 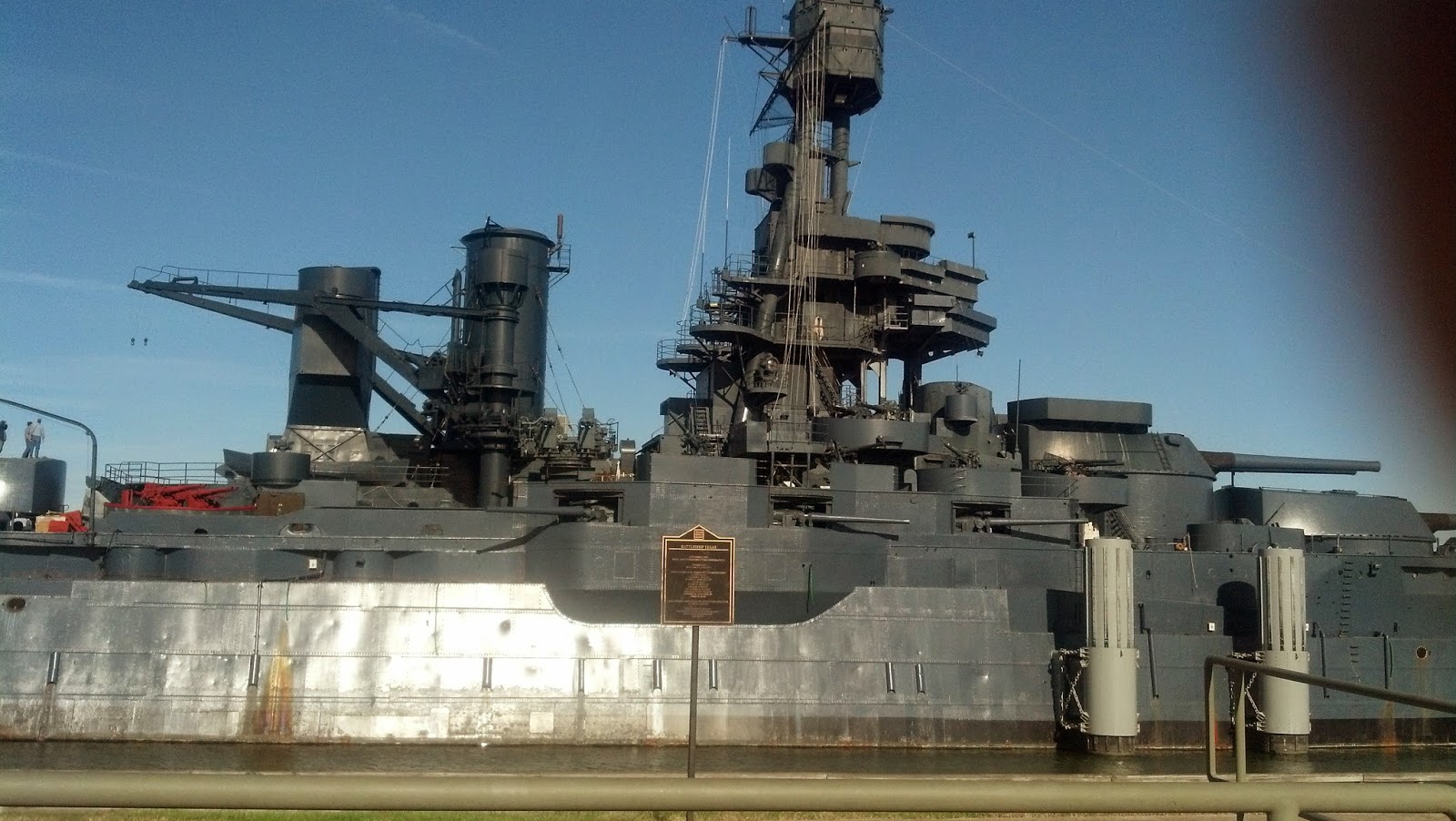 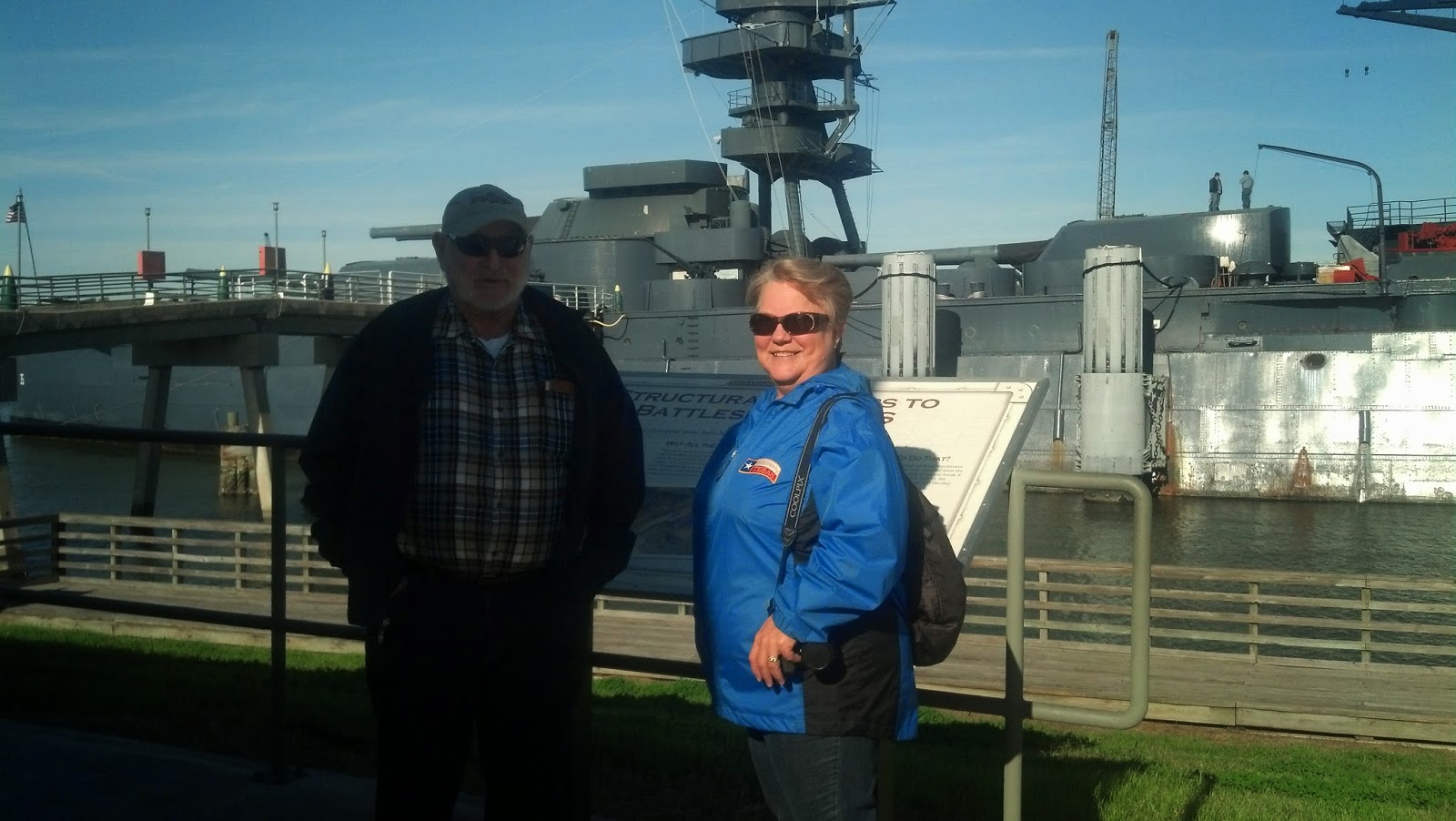 The battleship Texas was commissioned in 1914 and at that time, according to the welcoming pamphlet, was considered "the most powerful weapon in the world".  Today her claim to fame is that she is the only surviving U.S. Naval ship that served in both World Wars.
The ship saw no active duty in World War I but after receiving major modifications in 1927 and again in 1941, she was involved in campaigns in North Africa, Normandy, and Southern France before being moved into the Pacific theater  to provide support at landings in Iwo Jima and Okinawa. 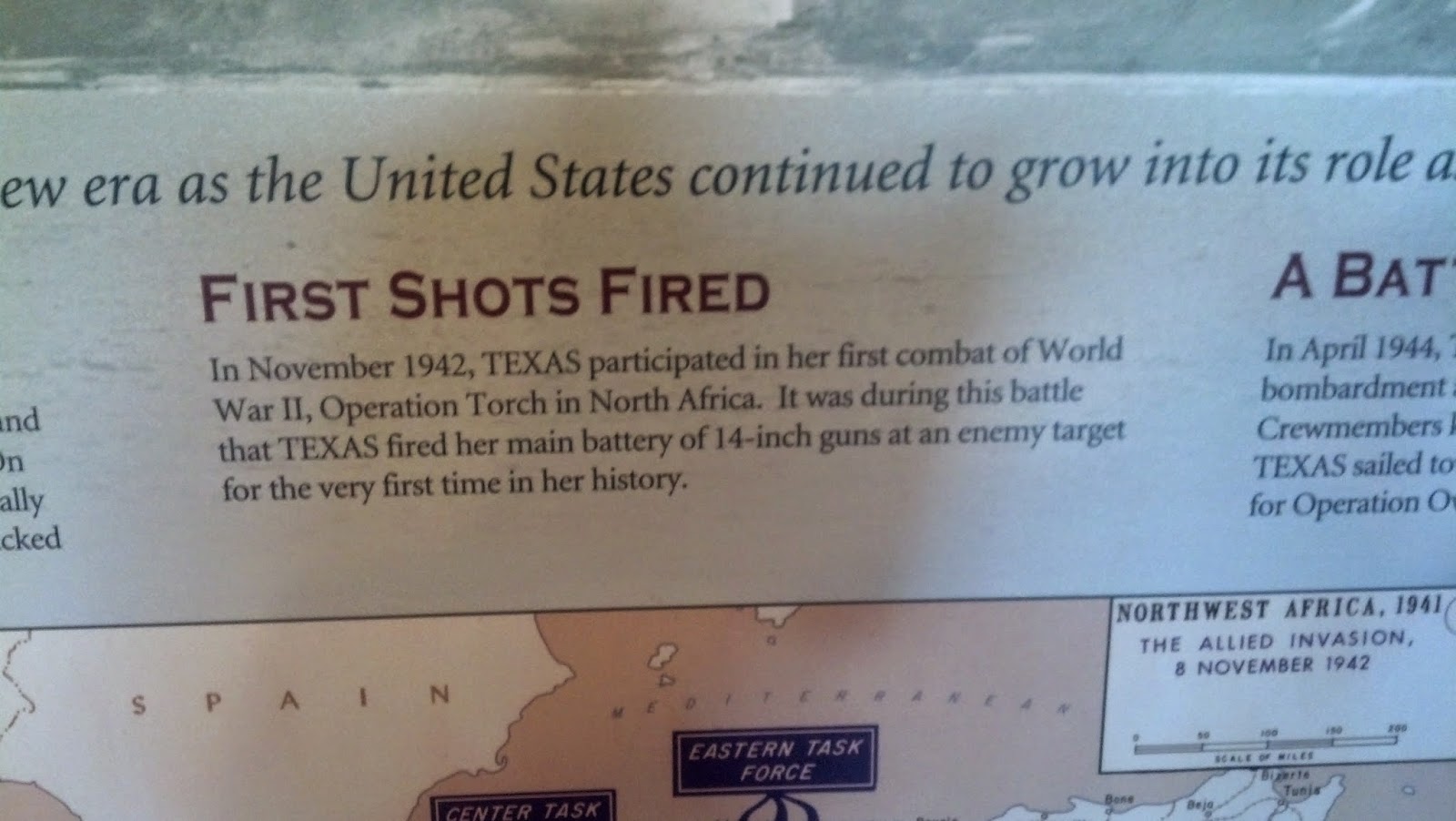 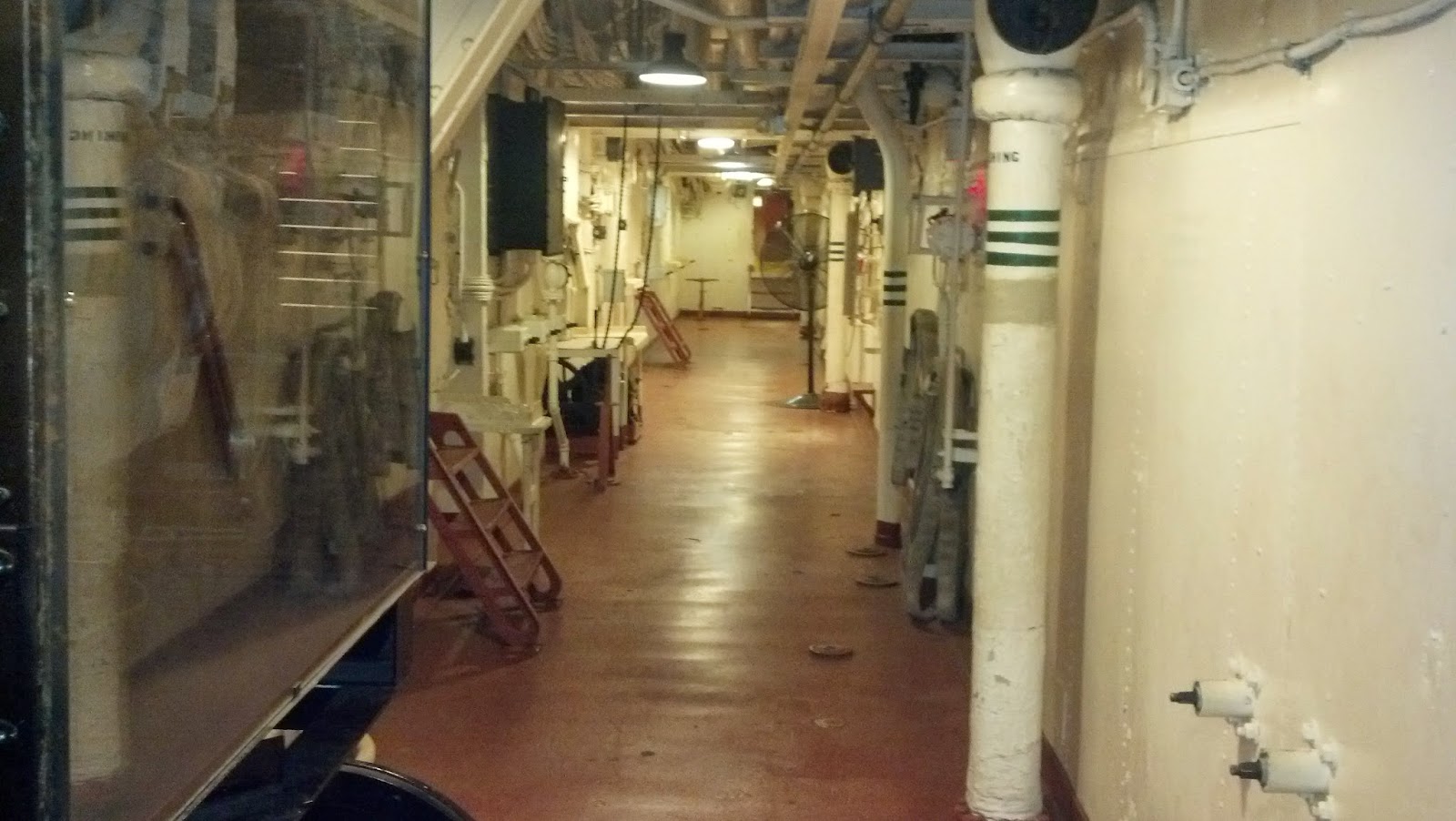 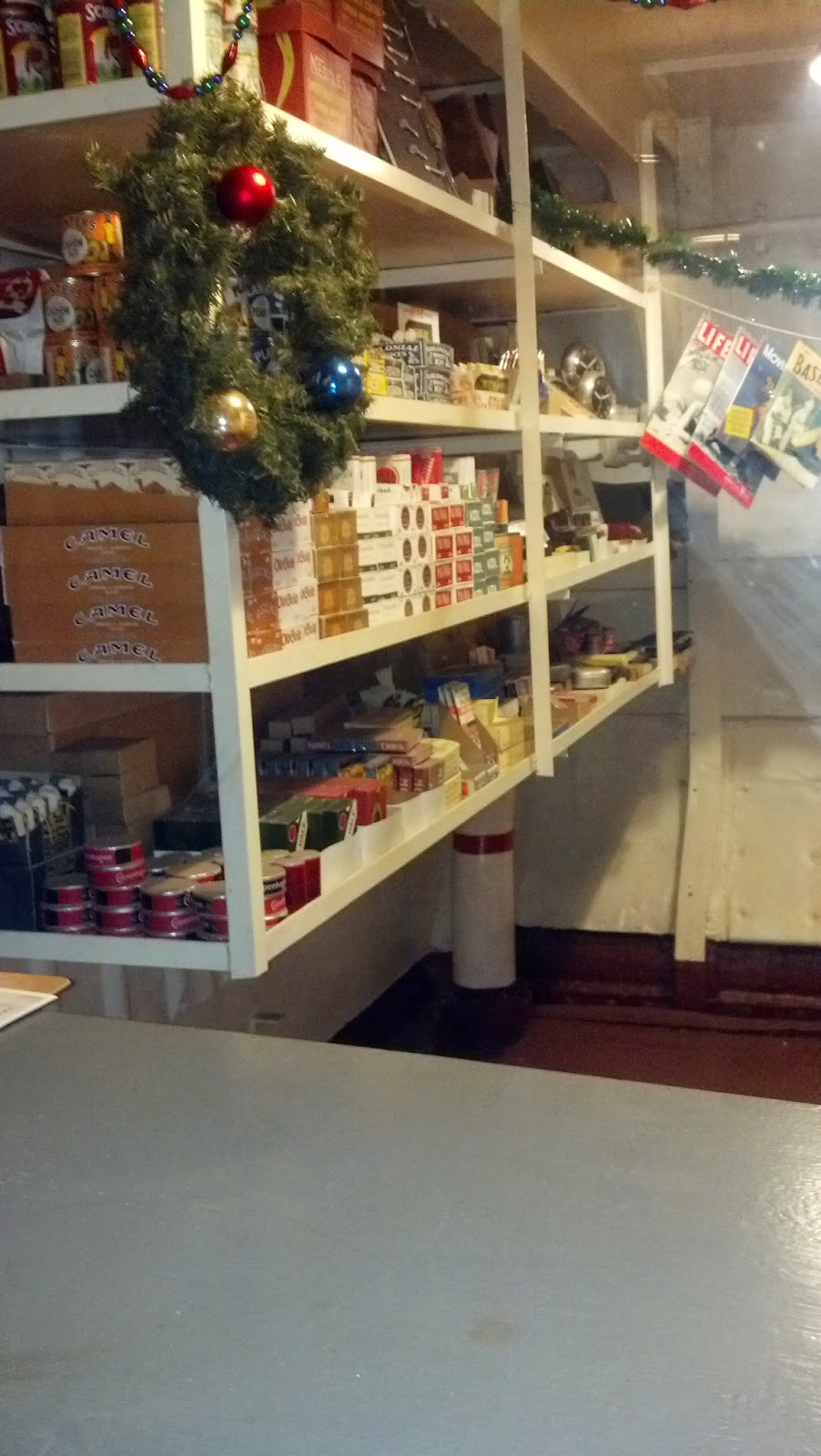 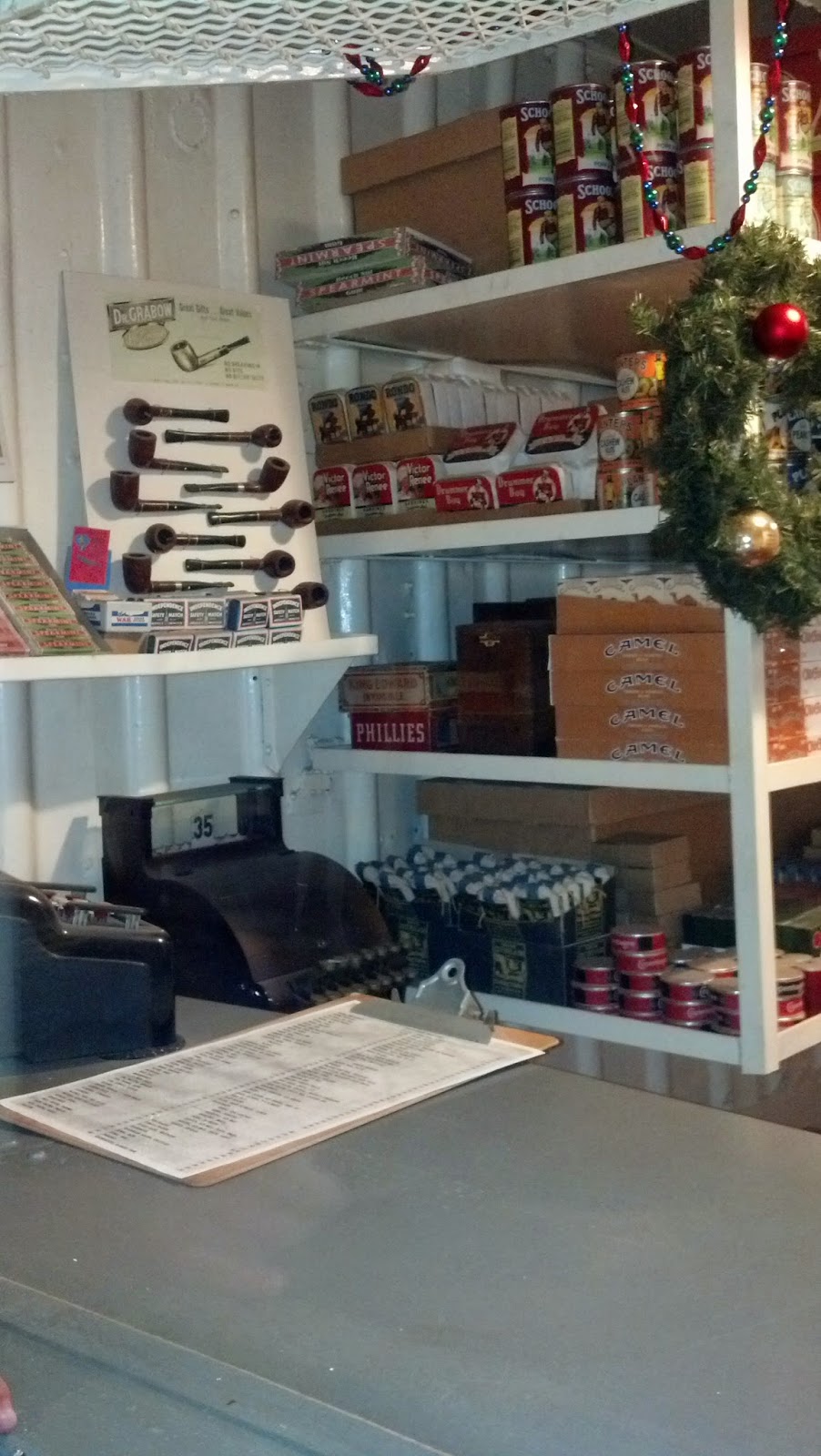 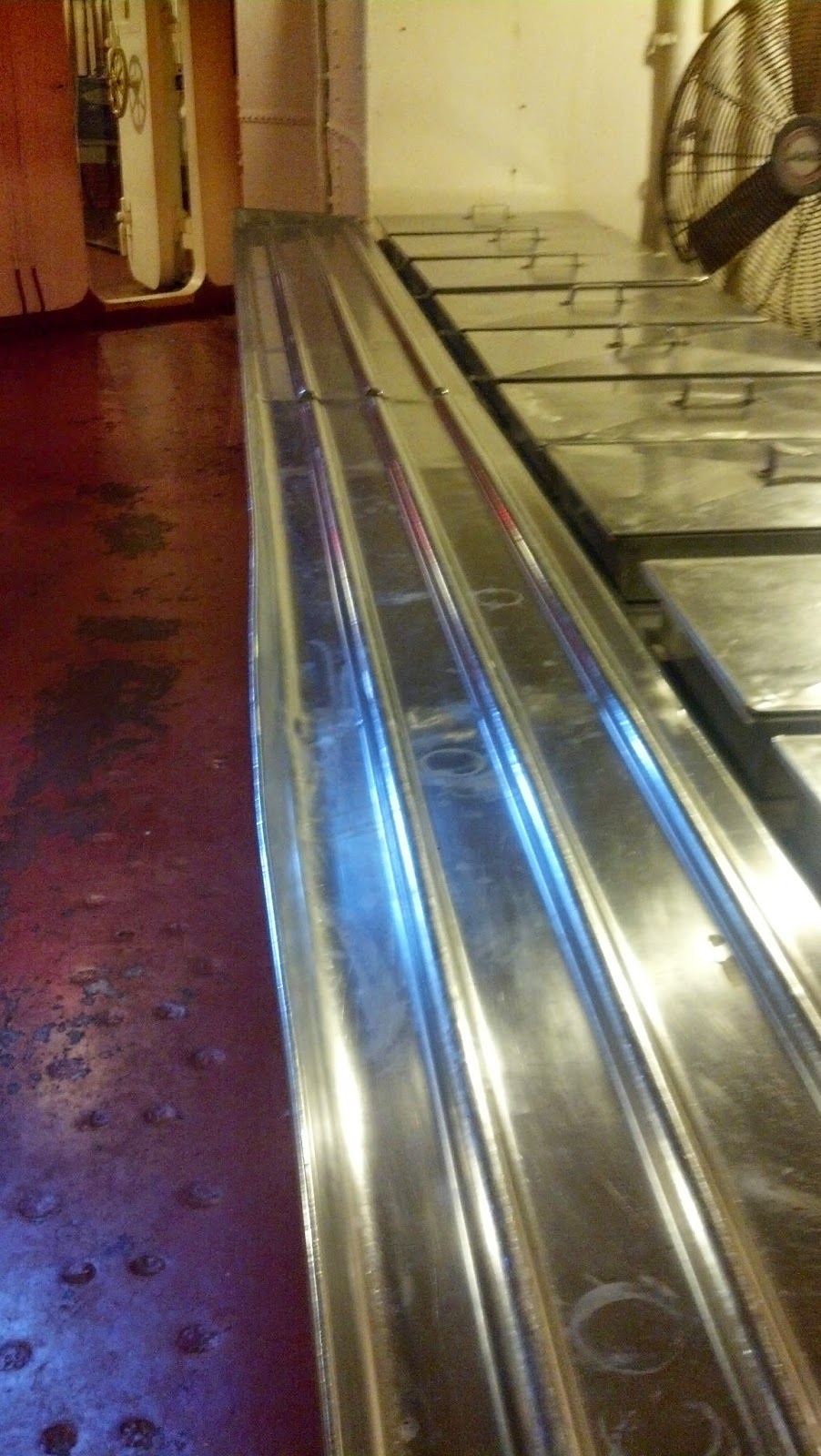 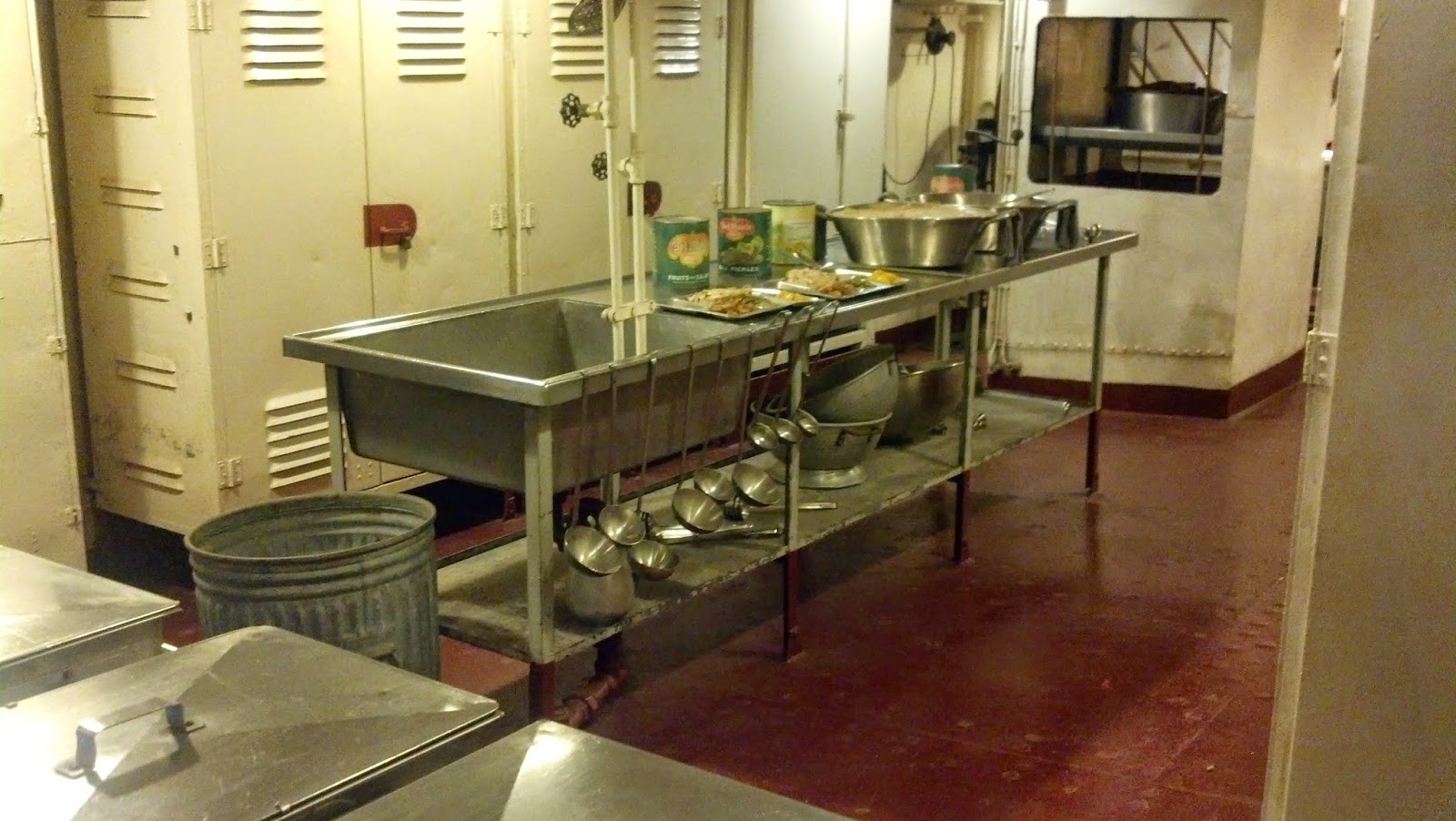 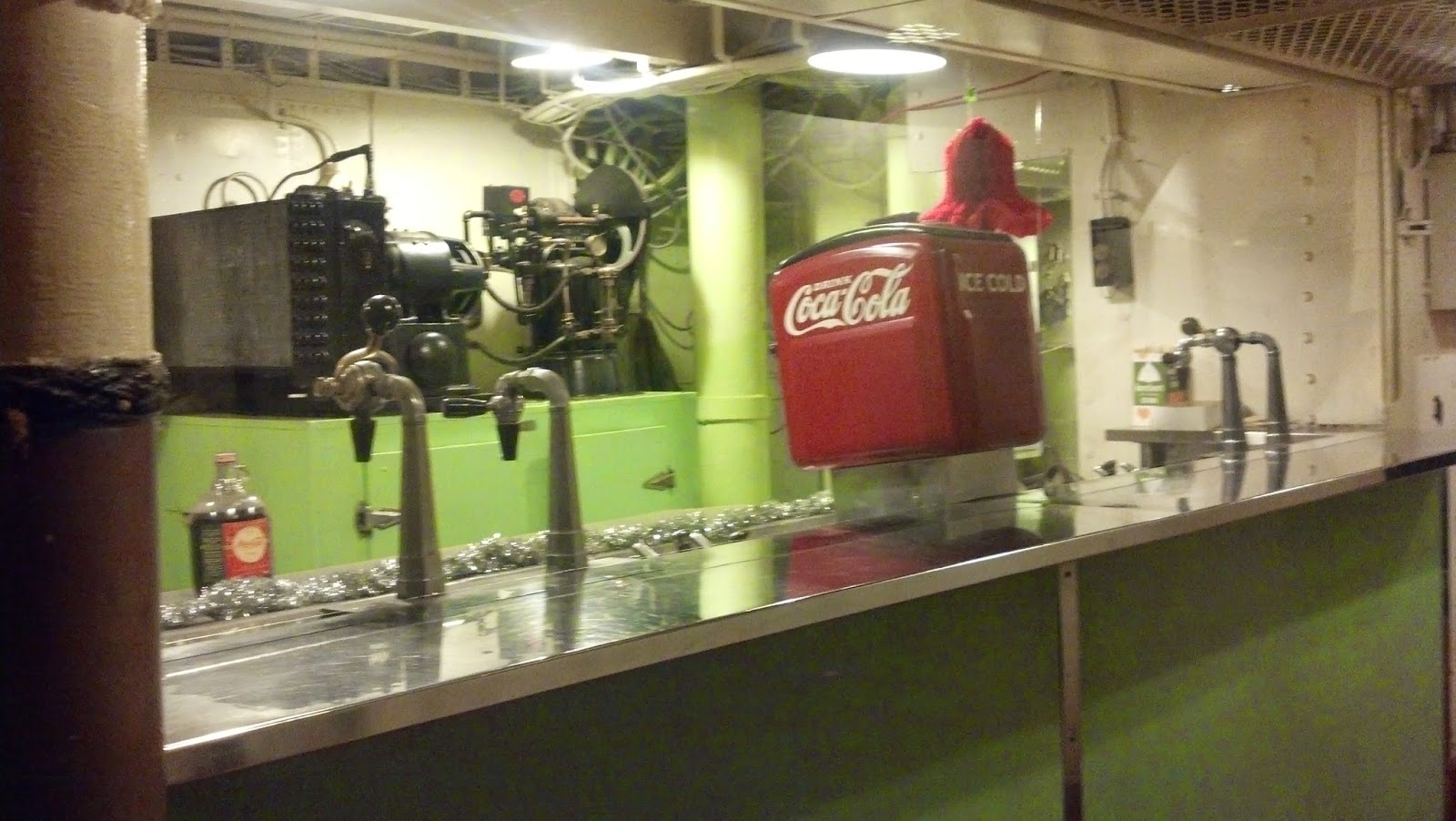 Soda fountain in the mess hall 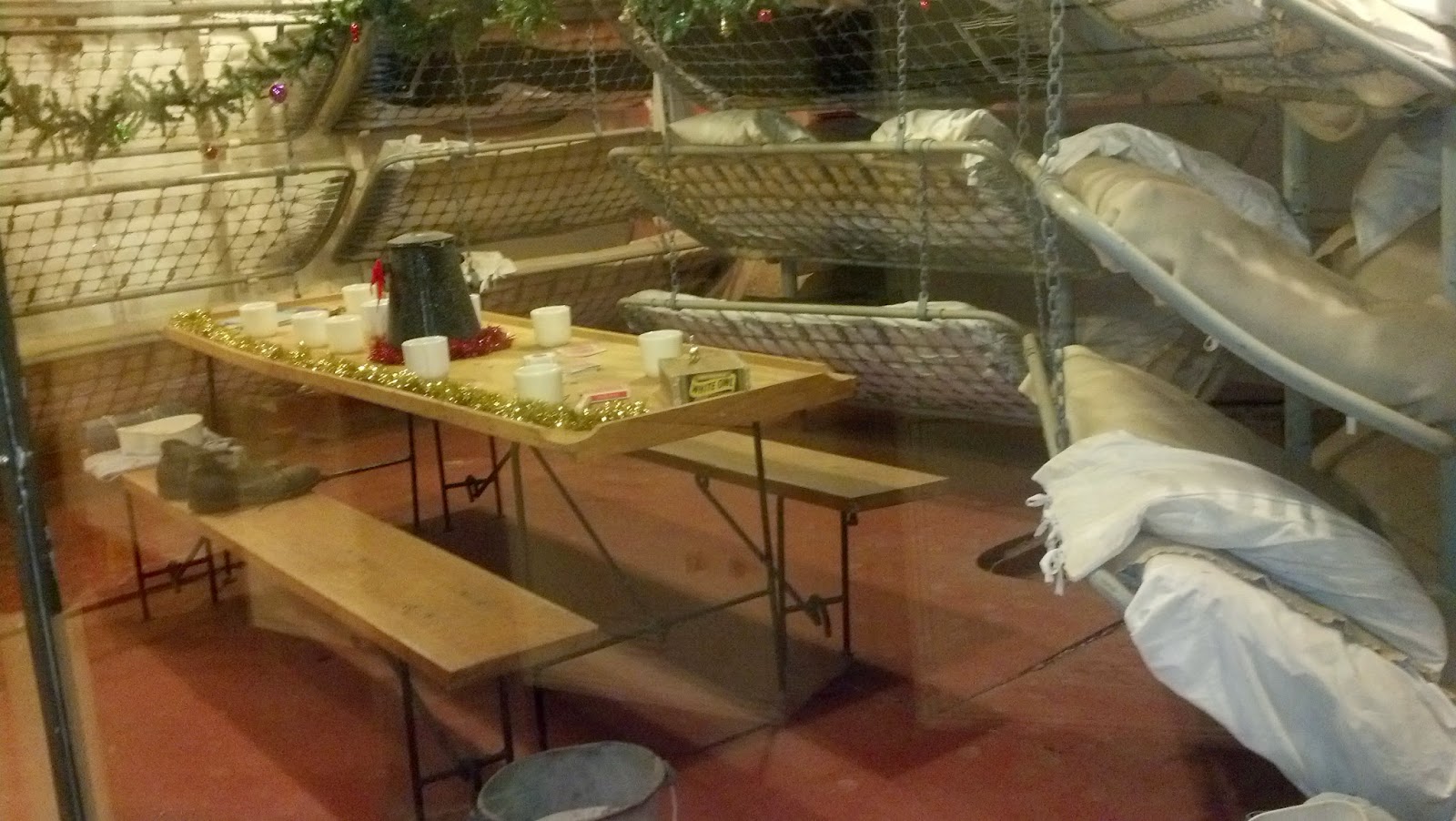 Each group area had one of these folding tables set up during meals.  After each use it was stored in a rack on the ceiling and the beds were unfolded for sleeping.

When the ship was retired in 1946 it was scheduled to be used as for a bombing target. Texas citizens launched a campagn to have the ship become a memorial battleship and she was officially transferred to the state of Texas in April of 1948. 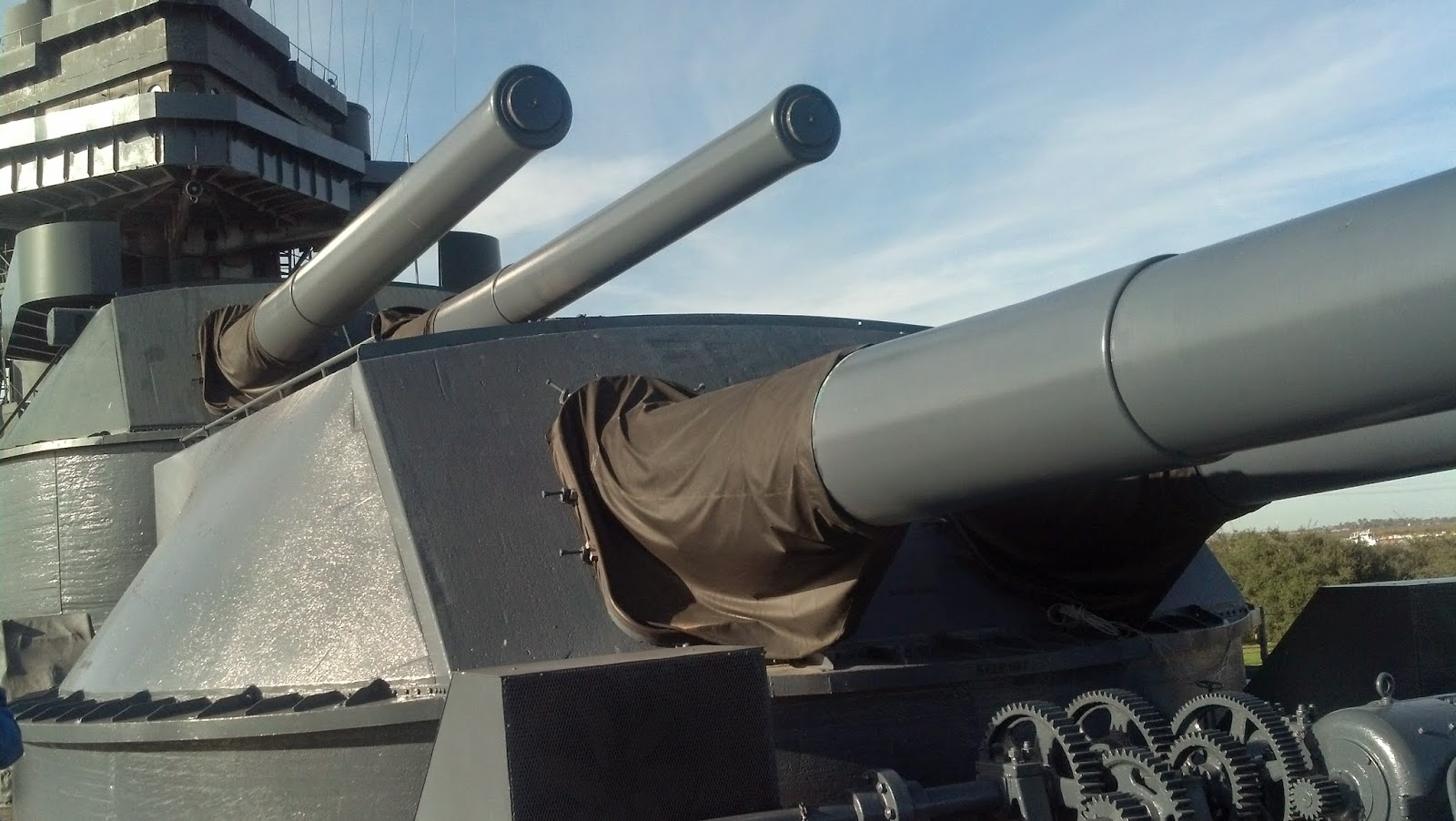 Unfortunately, I spent most of the week helping with a family matter and missed the rest of our planned visit. Marlin did enjoy some local events with Fred and Charlotte so he wasn't lonely.

After leaving Houston on Tuesday we had one more over night stop and  arrived at Resaca de la Palma State Park on Christmas Eve. 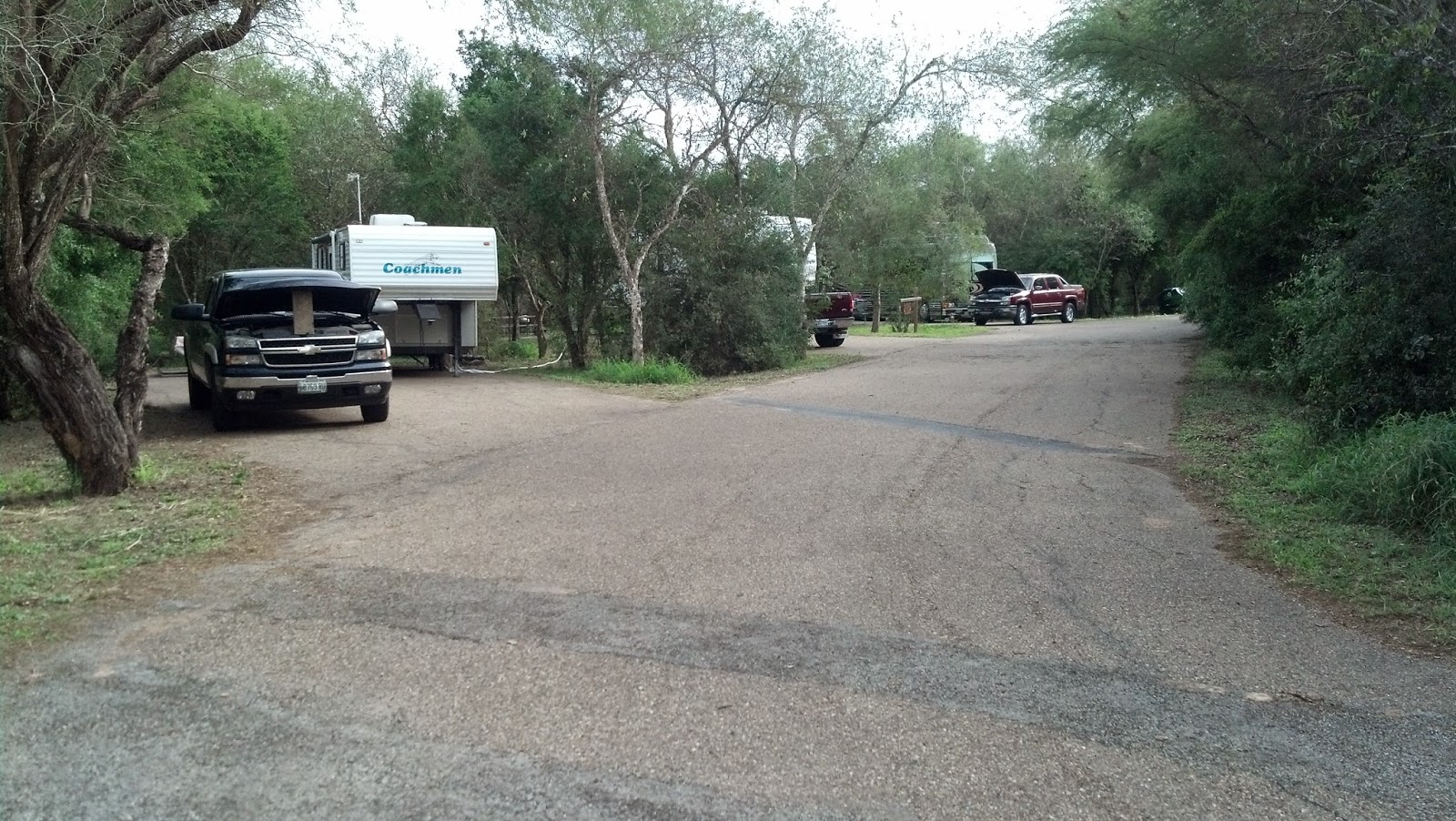 Home for the next three months.  Hoods are up in an effort to thwart rodent nesting in the engines.