An unexpected treat at work on Tuesday, January 6th.  When I came in at 8:00 there was a large box containing a fancy looking bread.  Shortly after 8:30 all the other park staff began to filter into the back office.  The pictures are poor phone quality.  I did not expect to need my camera today. 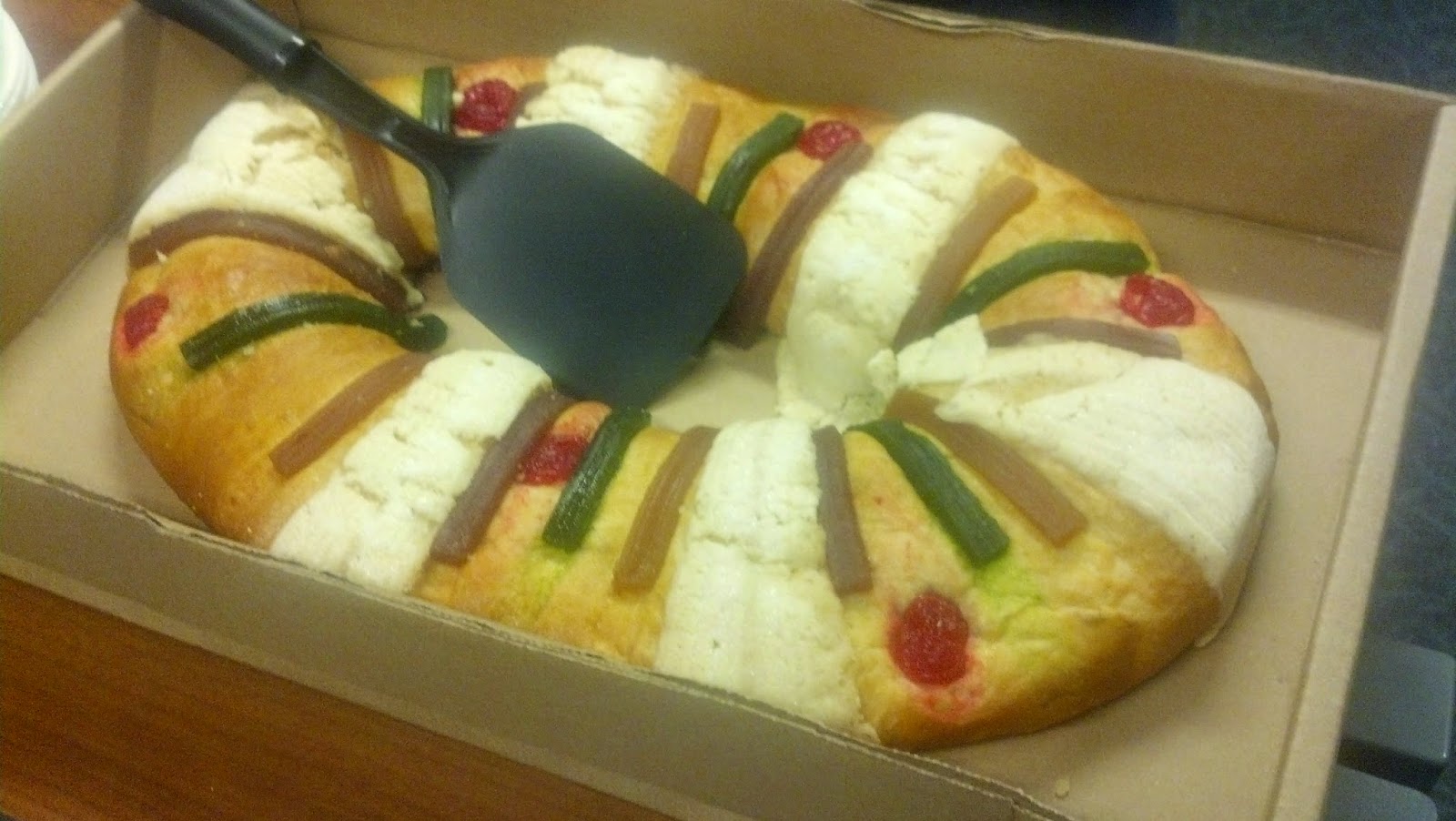 Steve Mondel, one of the six park hosts, was in the kitchen making "Abuelita", traditional Mexican hot chocolate

When the hot chocolate was done and everyone had a cup, complete with whipped cream, we learned the story about this local celebration.  Pablo, the Park Superintendent, explained why January 6 is an important Mexican tradition.

The day is called Dia de Reyes, Three Kings Day.  The legend reports that six days after the birth of Jesus three wise-men arrived in Bethlehem with gifts for  baby Jesus.  They had followed the star from their kingdoms far away. Today, many Spanish speaking families celebrate this as their Christmas when gifts are exchanged. Part of the giving tradition includes a sweet bread, shaped in a circle like a kings crown.  Inside this traditional "Kings bread"  are hidden tiny baby figurines.  The hidden figurines are symbolic of the fact that Jesus was hidden in a stable from King Harod's solders who were sent to kill all recently born male children.Today's bread contained four, we were told.  Anyone who finds a baby in their piece receives the privileged of giving a party, called "Rosca de Reyes" on February 2. 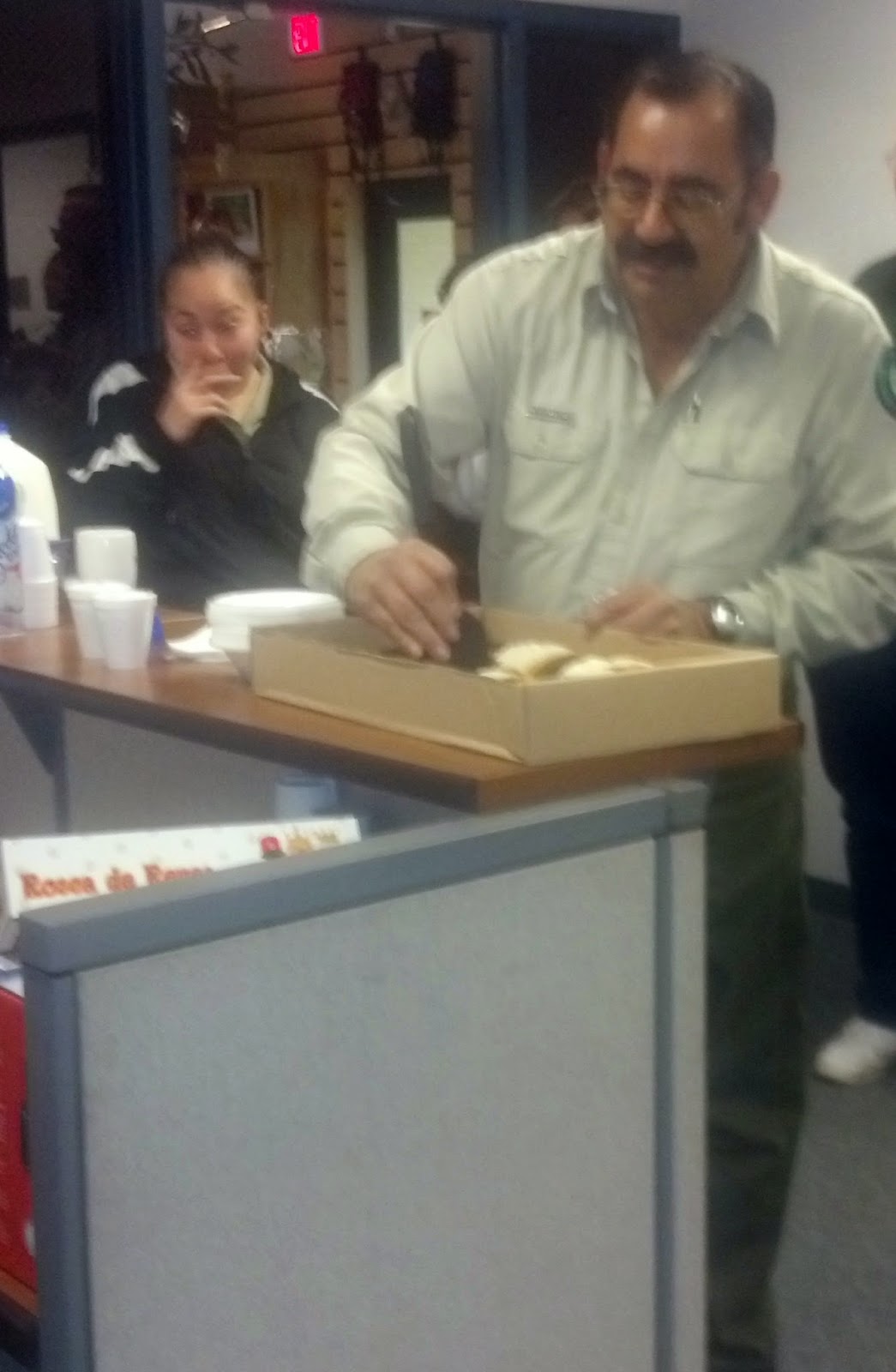 Albert cuts the first piece while Cynthia looks on.  First piece, the very first baby, which means he must be the host for a party on February 2th. 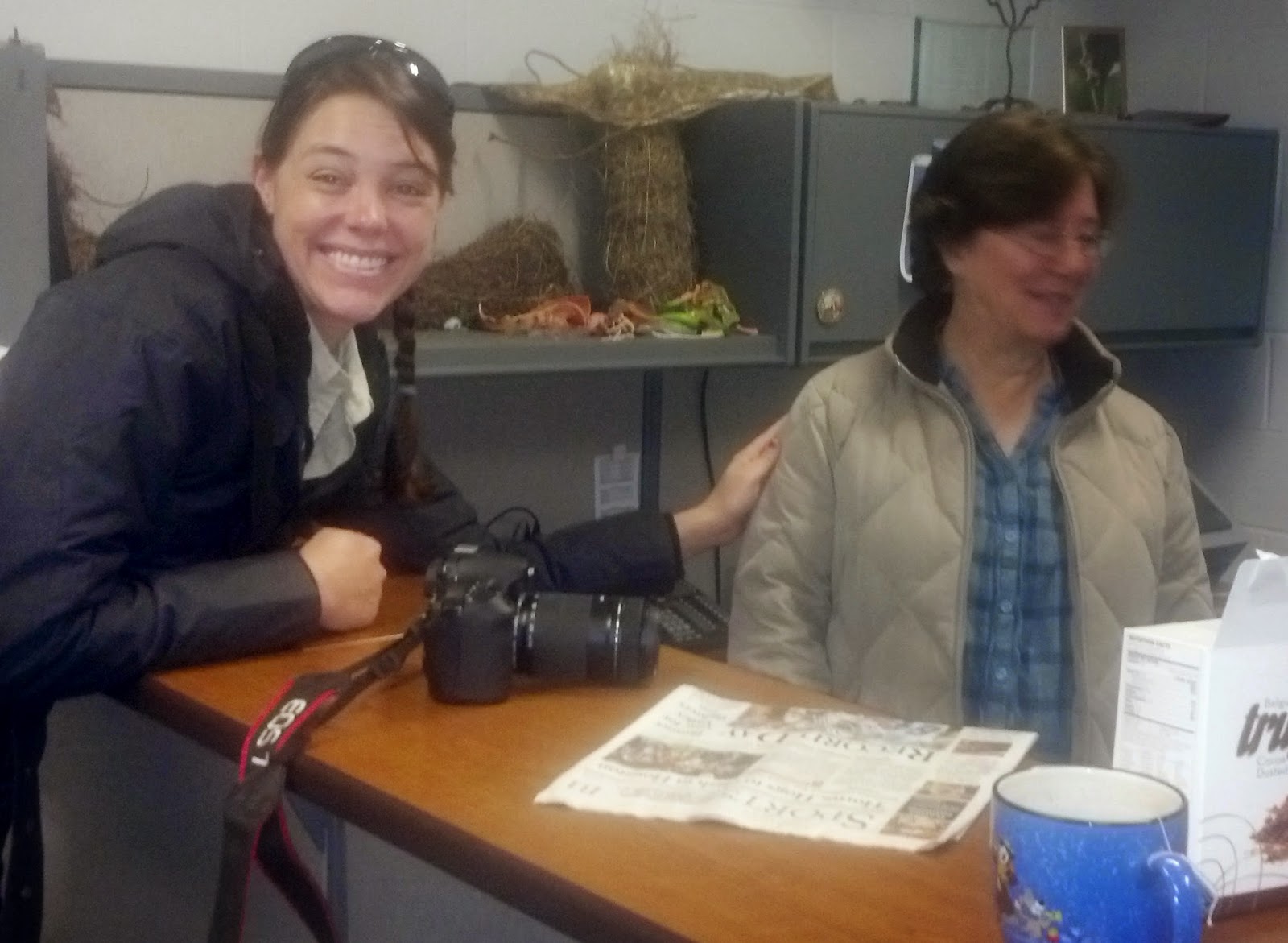 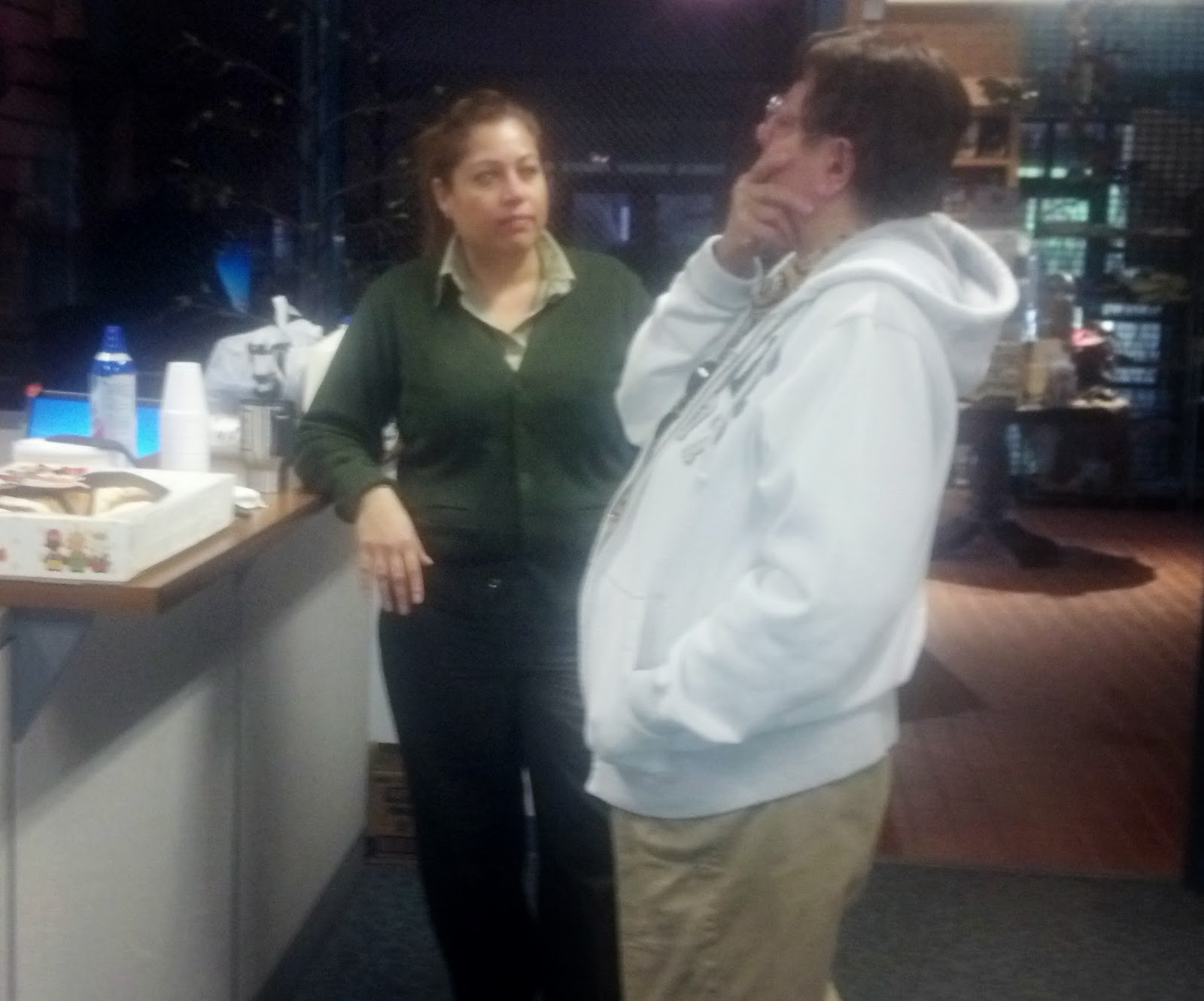 Marlin, Dick, and Carlos are all glad they did not have to plan the next party.   Wait---Marlin did get a baby.  Guess he needs to practice making enchiladas!  This is going to be a fun place to work for three months, if only the sun would come out.
Posted by cooktravelogue2007-8.blogspot.com at 11:23 PM