Since we have been bogged down by weather here in Las Vegas for the past week, we are lucky that the area has many interesting places to go and entertaining things to do.  All the weather north of here, including on the Raton mountain pass that Route 25 passes through, is below freezing with snow.  Our decision to sit out the week of storms allowed us to take advantage of some unique features located here.

On a sunny, but chilly, day we went out to the Pecos National Historic Park, which is a historic pueblo ruin that was occupied for about 400 years. The saying "location, location, location" applied even then.  The pueblo, situated at the Glorieta Pass in the Sangre de Christo mountains, overlooked the great planes to the east.  This provided the natives control over east/west trade and the ability to see any enemy approaching long before they could reach the pueblo. 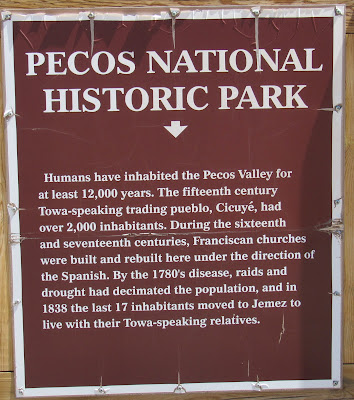 Notes taken from when Coronado's first Spanish expedition came through here in 1540, tell of the pueblo having more than 500 warriors and more than 2000 inhabitants.  The Spanish returned in 1598, bringing missionaries and Catholicism with them. 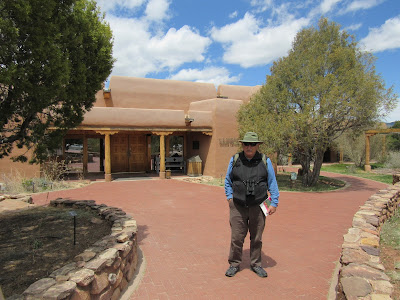 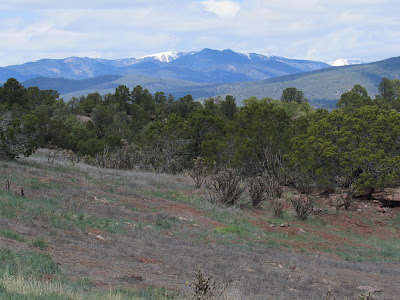 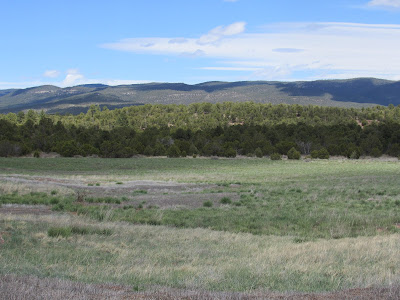 The Great Planes to the east. 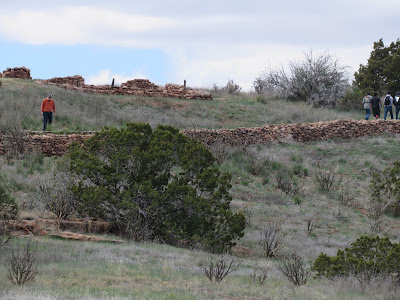 Excavations uncovered the remains of a wall that surrounded the outskirts of the pueblo.  The path up to the ruins follow this reconstructed wall. 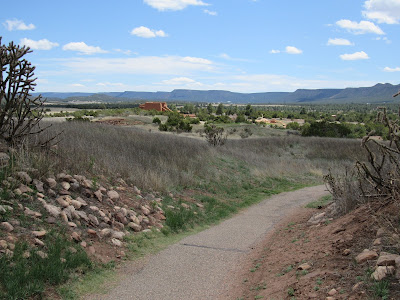 The local pueblo dump!  Extensive mounds of trash were located on the site, giving archeologists the information they compiled about what life was like and how it changed over the years. 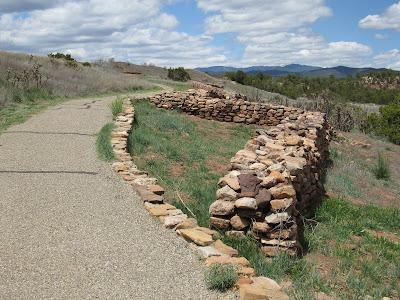 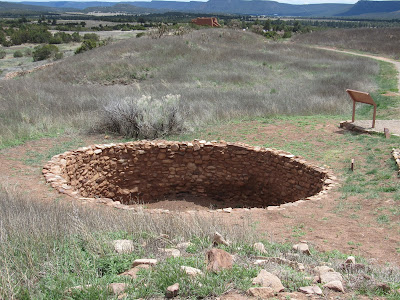 This large village had many Kivas.  It is reported that the village consisted of some buildings that were five stories high, constructed of mud and rock.   How they figured that out is a mystery to me. 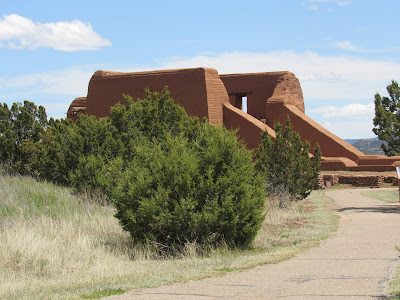 The ruins are in two sections.  The first area you walk through includes the oldest ruins.  Further on, the ruins are more visible.  These are remnants of newer dwellings and the huge mission church that were all built with adobe brick, a technique brought by the Spanish.  The remaining walls of the second mission church stand out boldly as you approach this area. 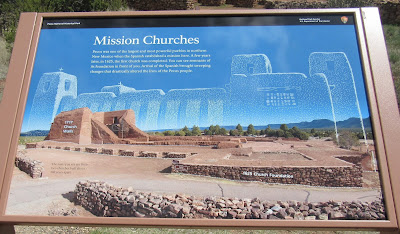 What remains here is actually the second mission church built on this site.  The shadow in the picture represents the outline of the original church.  The first was burned in the Pueblo revolt of  1680.  The Pueblo people rose up against the Spanish occupation, killing 400 and driving the remaining Spanish out of the area.  The Spanish did return in 1692, again dominating the native people, and building a second church on this site.  This is an interesting story, with lots of plots and sub plots, back and forth wins and losses for both sides.  With the eventual dominance again by the Spanish, the natives were allowed a small measure of control of their lives and religion, but Catholicism and allegiance to the king predominated. 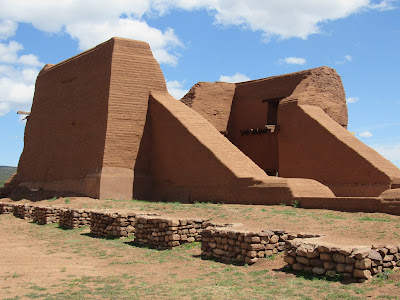 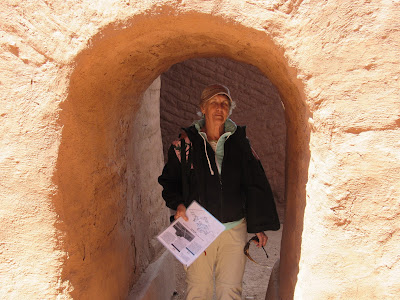 Visitors are provided with a self guided tour booklet that contains limited information and sparks an interest to investigate further.  The bookstore in the visitors center is a treasure house of  books about the area history. 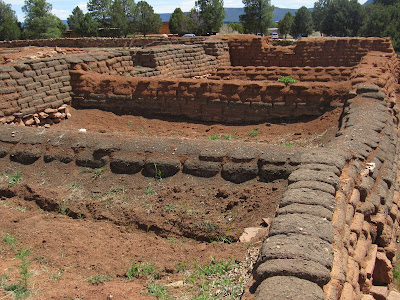 Ruins of the "convento", directly adjacent to the church. 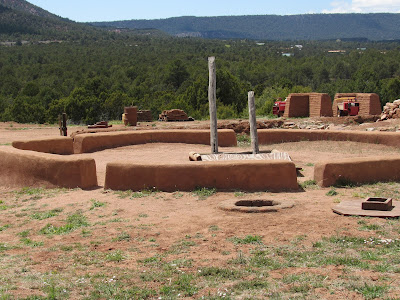 A reconstructed Kiva.  The outside 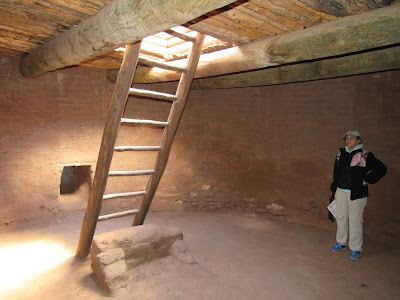 Inside, with a vent for outside air circulation, and a fire shield. 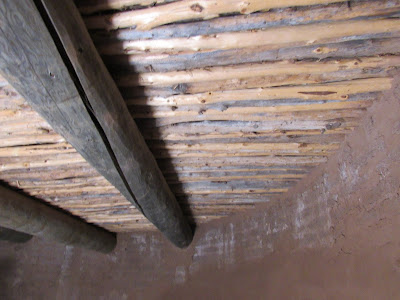 Ceiling.  Most information about the Kiva indicate that it was used for religious purposes.  Some sources indicate it may have also been for storage. 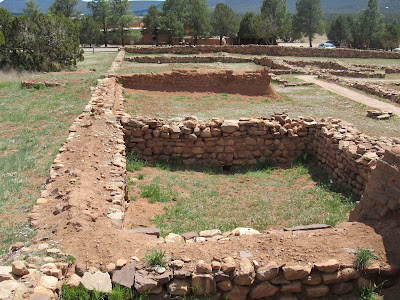 Ruins adjacent to the church.  Small rooms were easier to heat

In addition to the Pueblo ruins, Pecos National Historical Park contains the land where the Battle of Glorieta Pass was fought during the Civil War.  We booked a Ranger tour on Saturday to learn about that piece of history.
Posted by cooktravelogue2007-8.blogspot.com at 7:28 PM