Great way to start a visit to a new city is by taking a bus tour in order to get the lay of the land.  New Orleans has a "Hop On, Hop Off" narrated bus tour that is good for three days.  Since we were going to be there for five days we thought it was a good deal. Unfortunately, the bus had to move with the traffic, so we had to catch highlights on the fly. 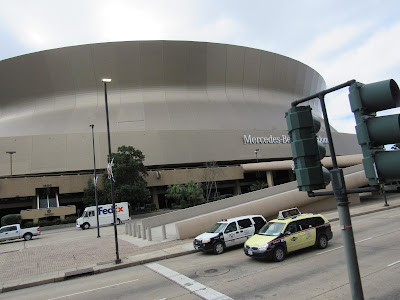 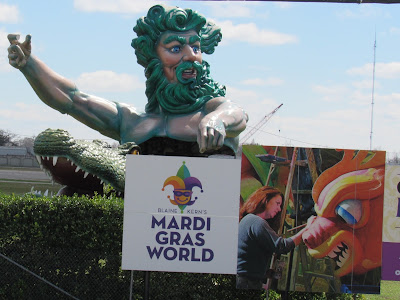 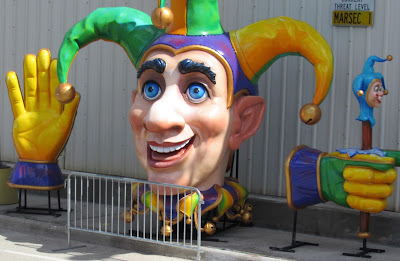 Mardi Gras World, where you can see many of the floats that were in parades, at an additional cost. 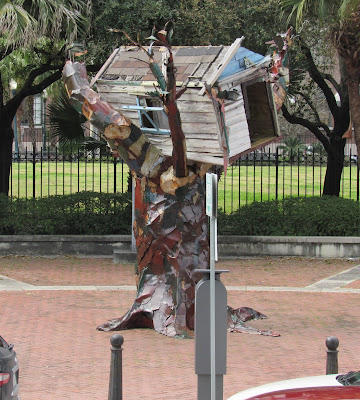 A street sculpture  in honor of hurricane Katrina.  It was made from scraps of buildings destroyed by the hurricane. 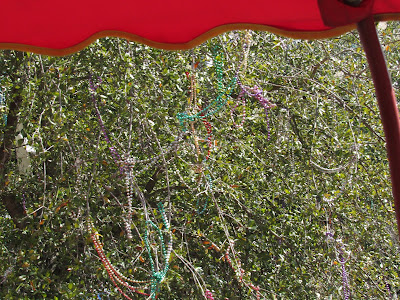 Many of the trees along the parade routes were full of beads.  When float participants threw them to the crowds, they often over-shot the spectators and hit the trees.

After our first circle of the city we got off in the French Quarter District and walked for the rest of the day. The French Quarter is the oldest section of the city.  Narrow streets, iron balconies, hundreds of shops and restaurants make for lots of gawking while walking.  We returned to this area multiple times.  Seems to be where the action is. 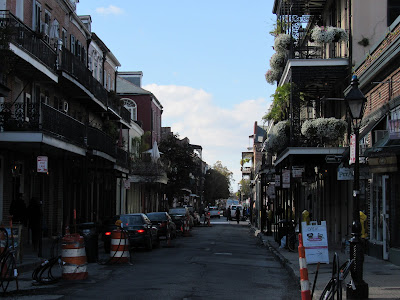 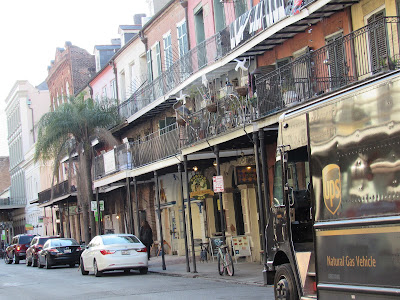 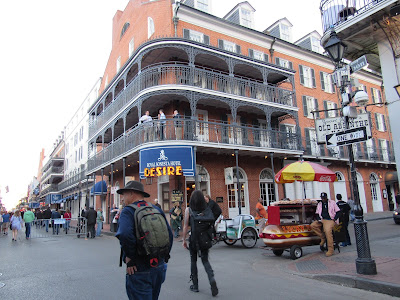 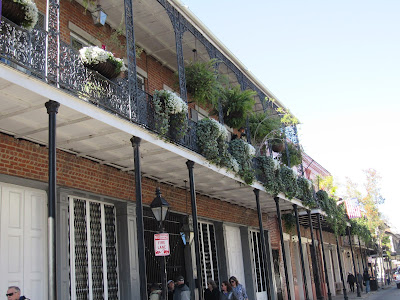 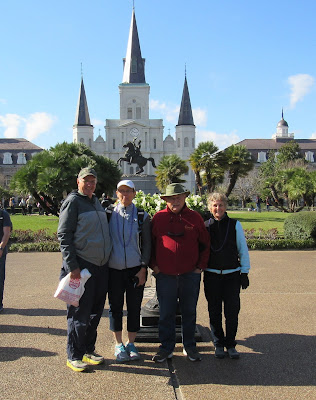 The famous Jackson Square, with St. Louis Cathedral in the background.  A beautiful Park with lots of street activity along all the side streets and the plaza in front of the Cathedral. 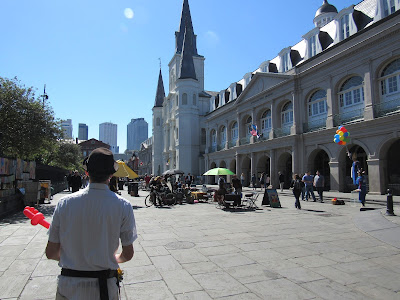 The plaza in front of the Cathederal was packed with street vendors, mostly Tarot  card readers or fortune tellers, as well as street musicians 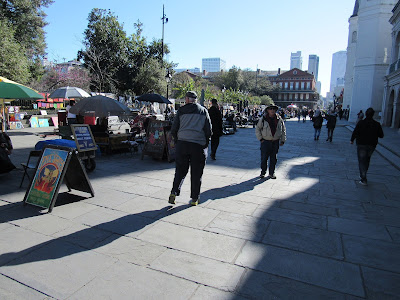 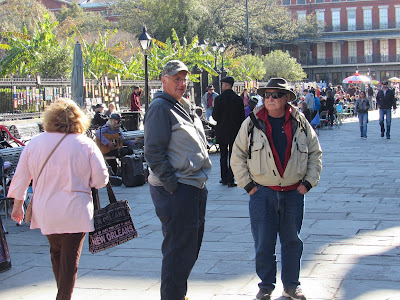 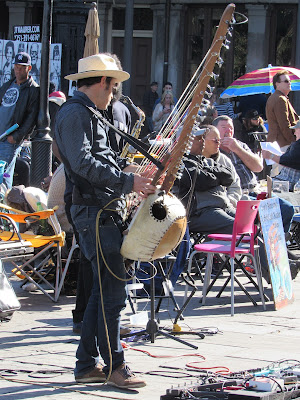 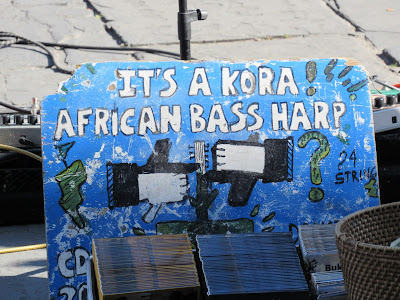 Guess he has been asked that question many times.


One afternoon ther was a program in the French Market, put on by the National Park Service.  It was labled "Gumbo and Jazz" 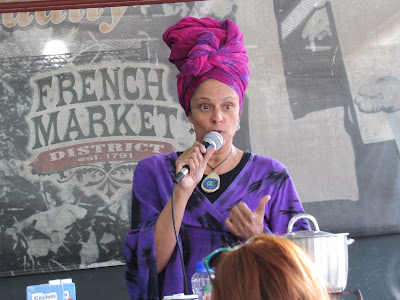 The Gumbo part was a demonstration of how to make a traditional New Orleans Gumbo.  This knowledgeable, entertaining, creole woman, who's name I neglected to write down, not only produced a gumbo for everyone to sample, she explained her long heritage going back to the 1700's. 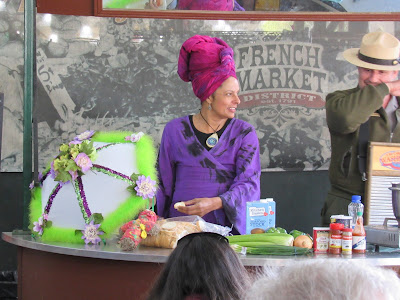 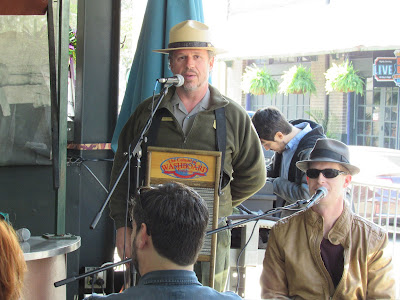 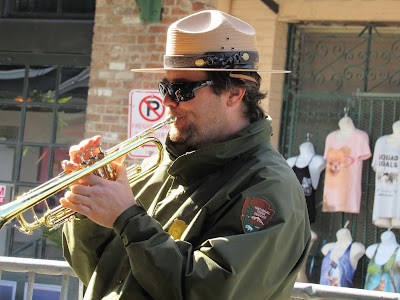 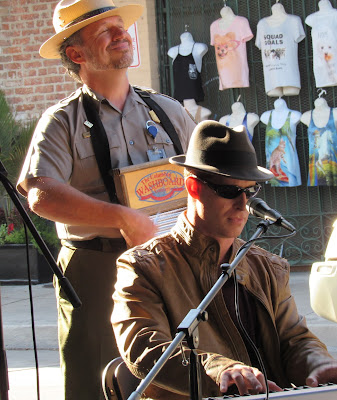 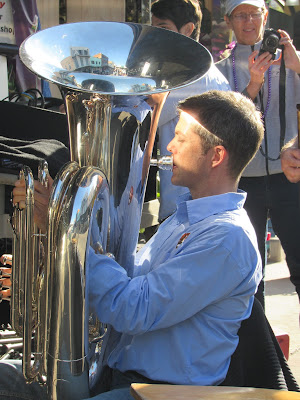 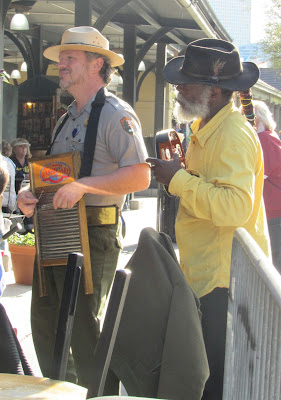 The combo added some local musicians into the mix 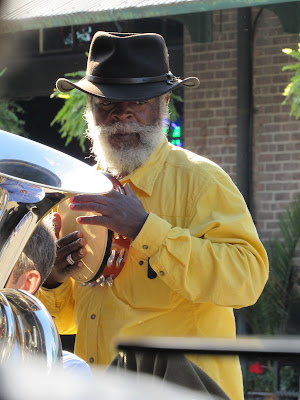