One of our daytime excursions was to the National World War II Museum. 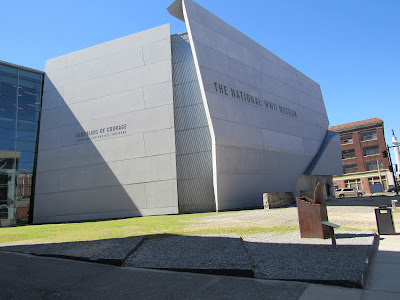 It may seem like an unusual location for a "National" museum, however, two important connections explain why it is here.  The historian Stephen Ambrose, author of Undaunted Courage, and Eisenhower in Berlin, was a professor of history a the University of New Orleans from 1960 till 1995.  He donated the first $500,000 for the museum and campaigned for generous donations from the State of Louisiana and other well known celebrities.

The second connection is the Higgins Industries, the New Orleans company that designed and produced the landing craft for the D-Day invasion of Normandy as well as the PT boats also used during WWII.  A quote from President Dwight D. Eisenhower "If Higgins had not designed and built those landing craft, we never would have landed over an open beach" 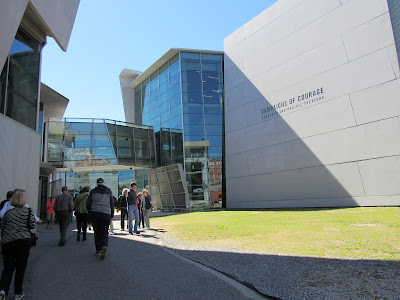 The museum is a series of buildings, each telling a different piece of the WWII saga.  The experience begins with a 4D  movie, produced by Tom Hanks, that surrounds you with sounds, lights, and movement.  Quite a surprising experience.  With pictures, changing on-stage props, moving seats, blinding searchlights, the experience of the war build up, duration and ending are recreated for the audience.

The "Campaigns of Courage" building chronicles the war in the Pacific on one floor and the European campaign on the second floor. Displays include personal stories, actual film taken during the war, troupe photographs, and many artifacts.  Each section contained animated maps of where the allies were advancing or losing ground.  The visual impact of the graphic maps made me realize the enormity of the conflict much more than past reading about the war.

Higgins boats were on display in another building 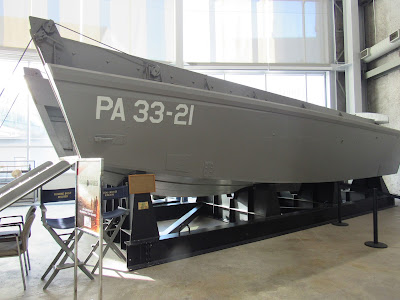 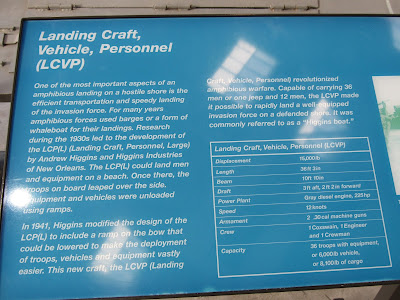 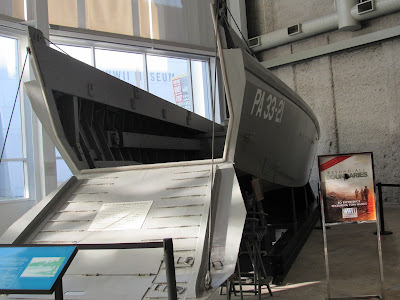 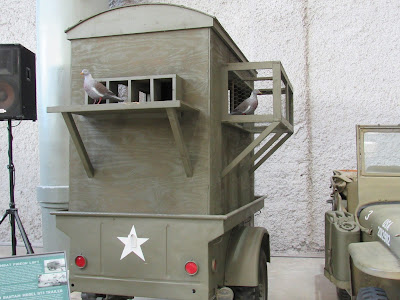 Hard to believe they were still using carrier pigeons to relay information during this war. 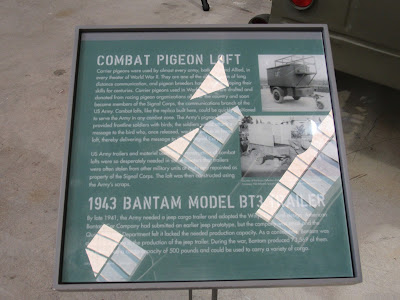 After spending most of the day at the museum, we went in search of some music and afternoon refreshment. 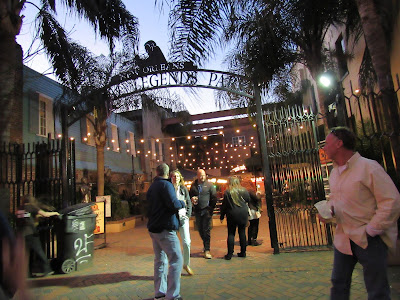 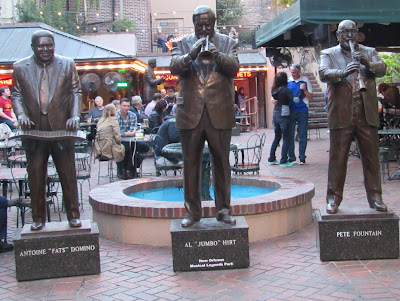 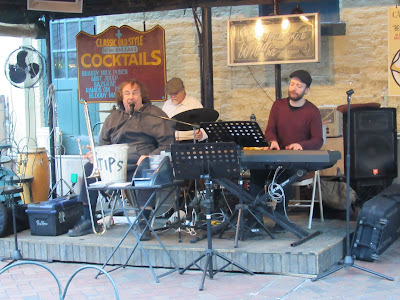 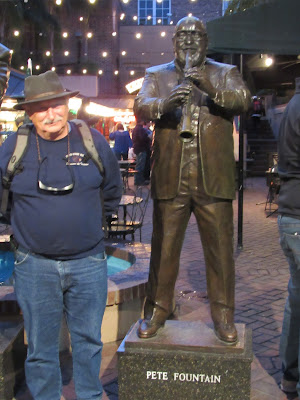 After dark things get lively 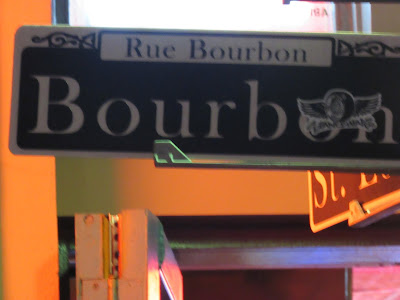 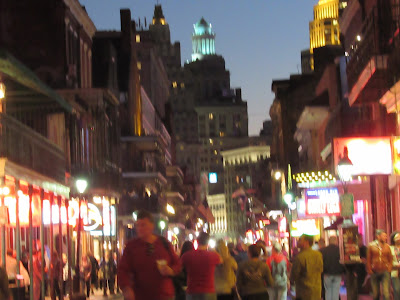 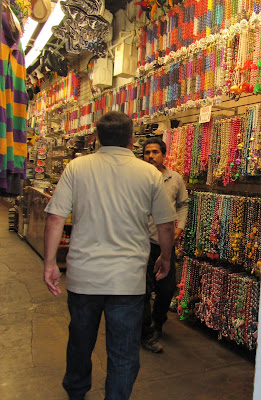 The street is closed to traffic, crowded with people and sights you will never see in Bangor. 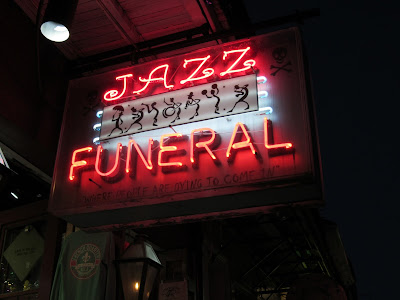 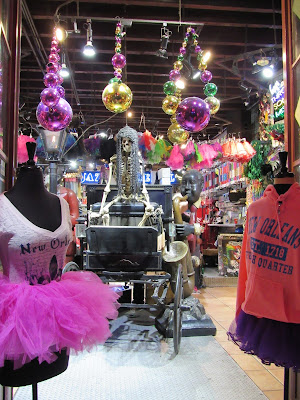 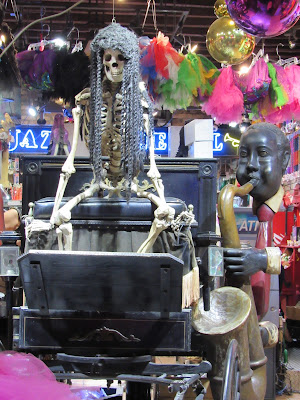 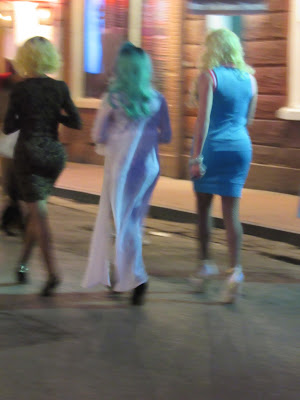 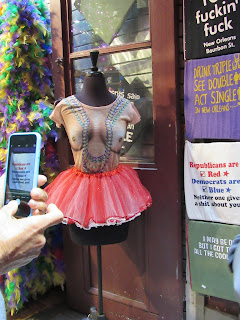 More sights that I determined not appropriate here.


Before we left we wanted to try the famous New Orleans  Beignets  at the Cafe DuMonde.  Twice when we stopped there the line was two blocks long, so we settled for some at a stall in the French Market. 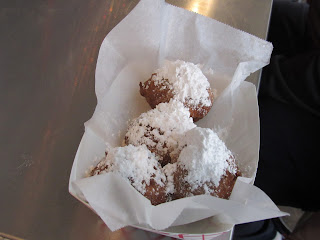 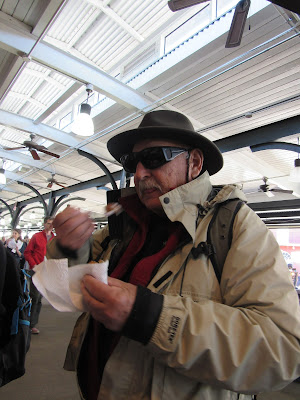 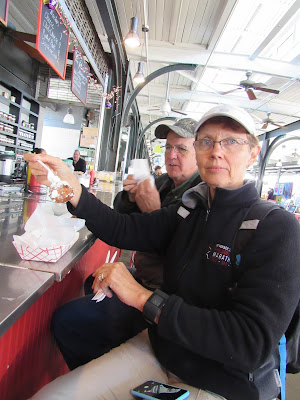 A fun visit to an exciting city.  Can't imagine what it would be like during Mardi Gras
Posted by cooktravelogue2007-8.blogspot.com at 12:23 AM