For the next month. March 15 till April 15, we volunteered to work at Resaca de la Palma State Park in Brownsville, TX.  This is the same park we worked at last year for three months. The first week here was busy getting reacquainted with the staff, Park operations, taking driver safety tests, and checking out all the trails we had learned to love last year.  Our schedule of 20 hours per week will be somewhat varied according to what programs are planned in the park.   Here are a few photos we managed to get while exploring in the Park, when we remember our camera!!!!

This years cardinal shot was taken right outside our camper.  This part of Texas has an abundance of cardinals, unlike the northern states, but I still enjoy seeing every one of them. 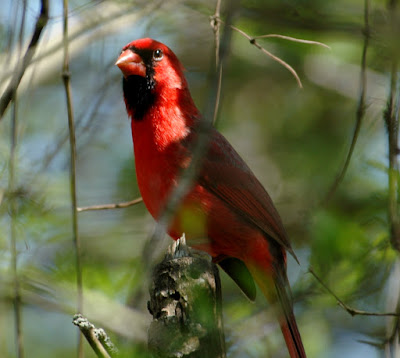 Last year, Marlin built and installed five new screech owl nesting boxes.  Everyone was so excited when all five were filled with owls during the very first week.  The picture below is from last year and taken from the tram road where all the visitors could see it. 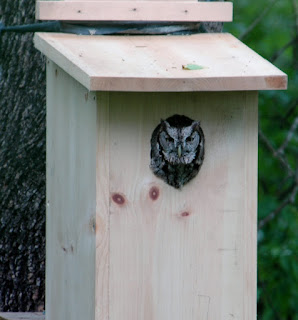 Of course it was one of the first things we wanted to check out this year.  To our disappointment all five of the nesting boxes have been taken over by honey bees 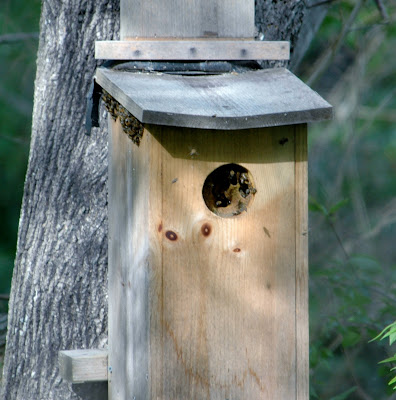 No one seems to have an explanation as to why this happened or how there could be five separate swarms of honey bees looking for new housing all at the same time.  Anyone have any ideas????

There are many of these Green Anole lizards everywhere you look.  This day one of them wanted to ride with us in the gator. 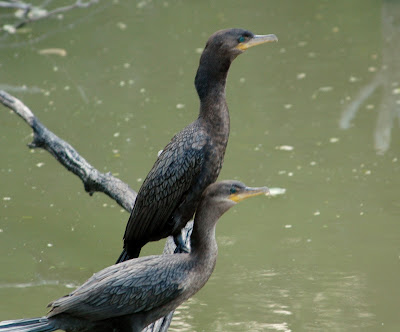 Local Cormorants.  Were were trying to decide if theses were Double Crested or Neotropic.  I think, based on the size of the orange patch by their mouth, that they are Neotropic, but need a cleaner picture to be sure. 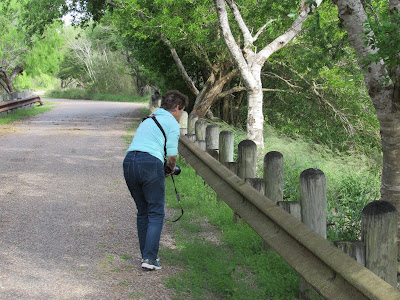 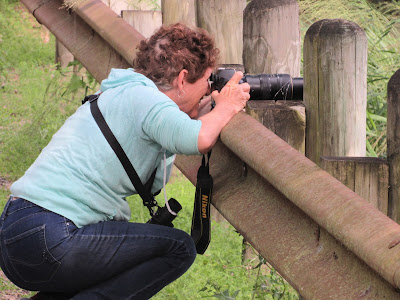 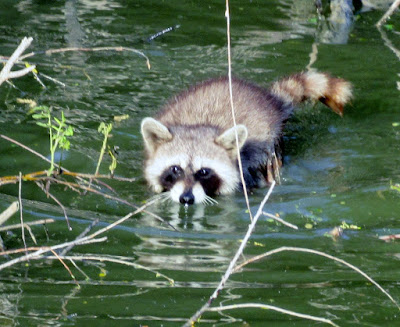 This little guy did not care one bit that we were watching him. 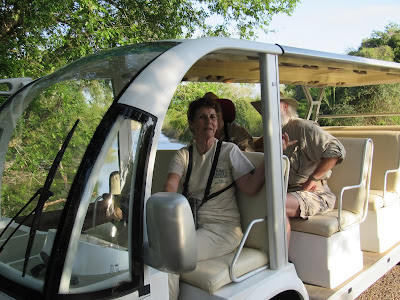 This year we are allowed to drive the tram.  It holds 14 people and we do a narration about what there is to see in the park for plants, animals, some history and answer questions.  The tram runs every hour, and depending on how often you stop and how long you talk, it takes about 45 minutes to drive the 3 mile loop.

Hopefully we will have more interesting pictures to share in the next few weeks, not only about Resaca, but about other locations and events in the area.
Posted by cooktravelogue2007-8.blogspot.com at 6:00 PM