Lubbock was our last stop in Texas.  The next day we moved on and made it to Trinidad Lake,  State Park, Colorado. 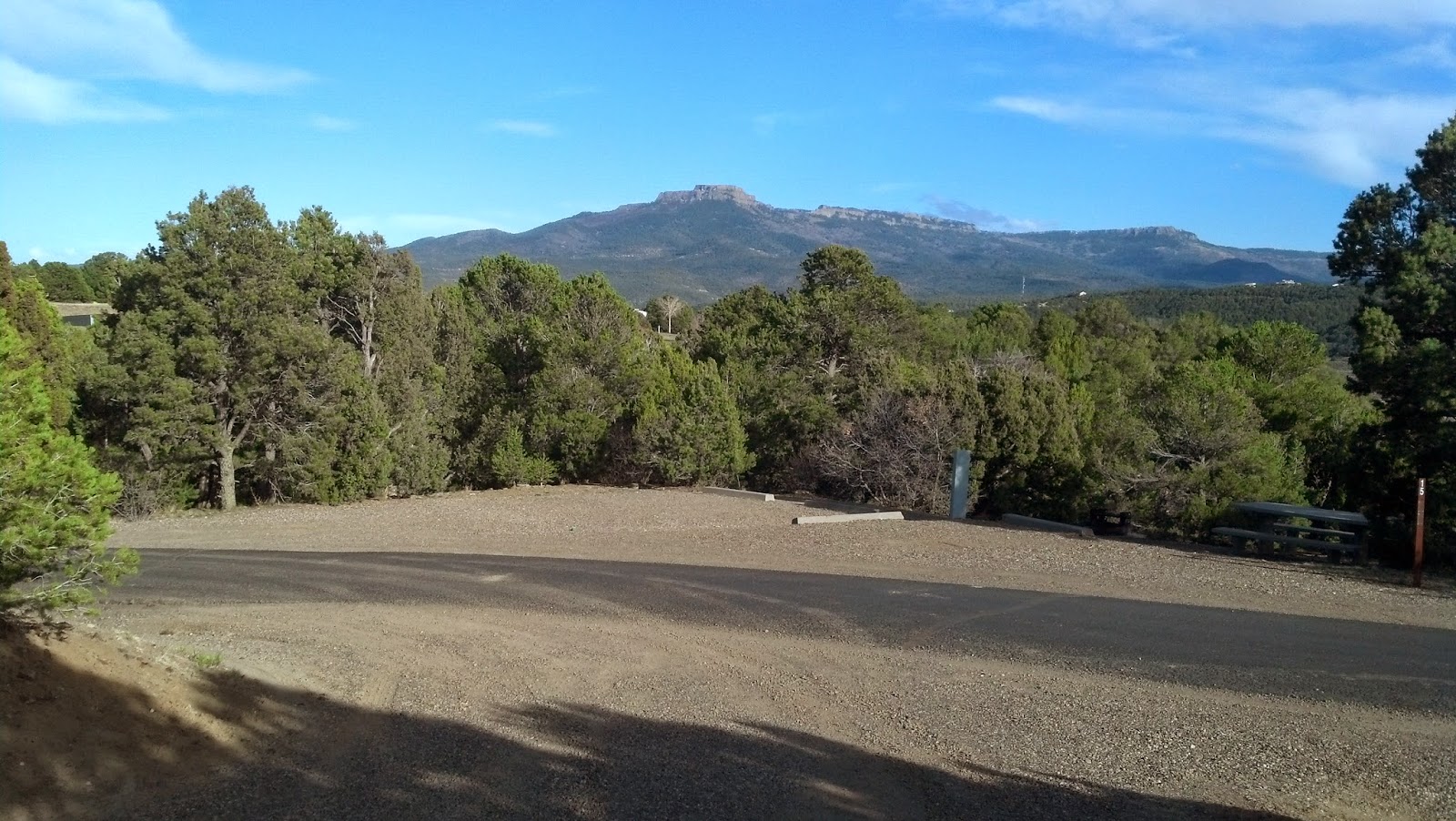 This was a beautiful park on a large reservoir, just over the line from New Mexico. 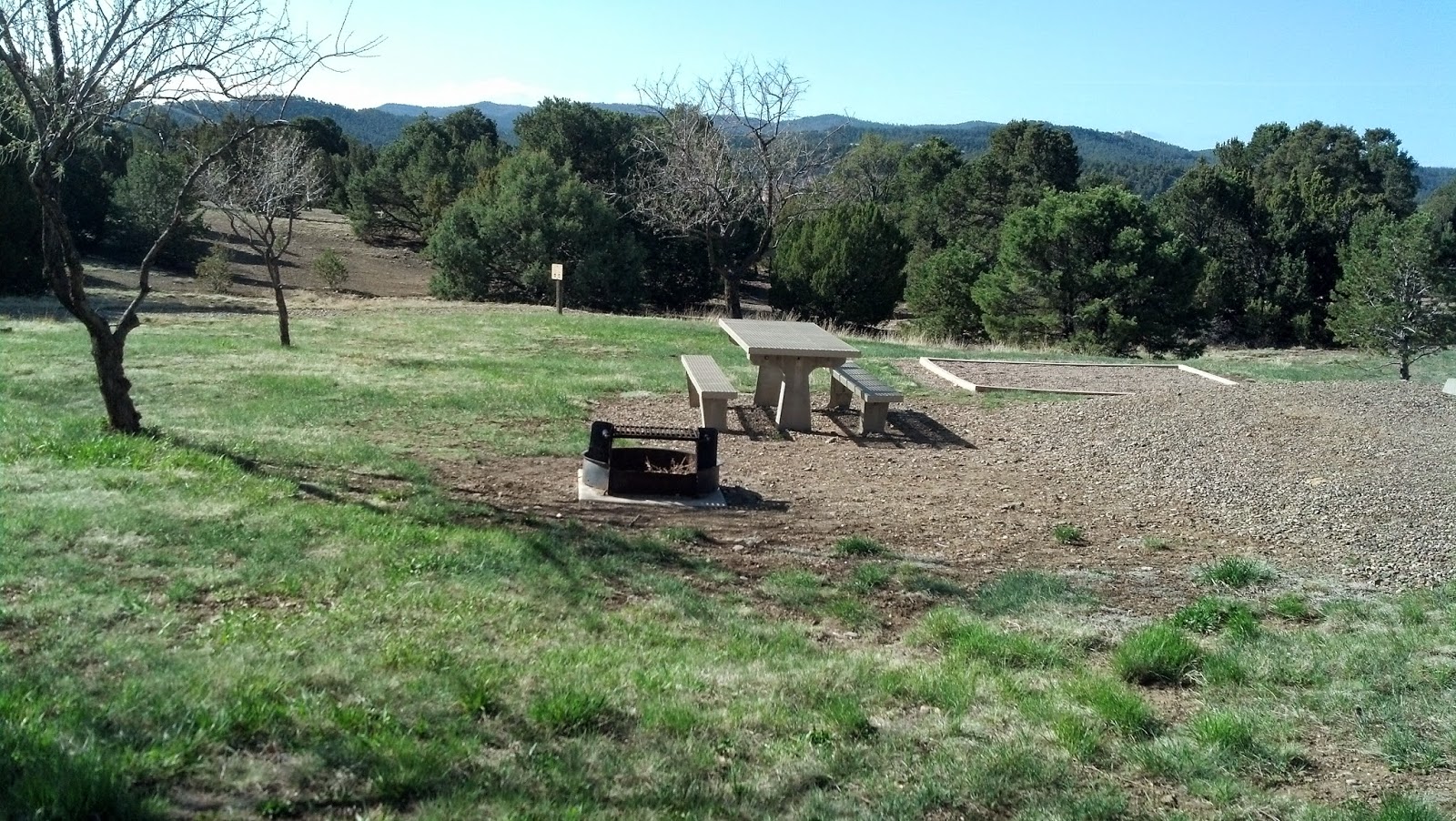 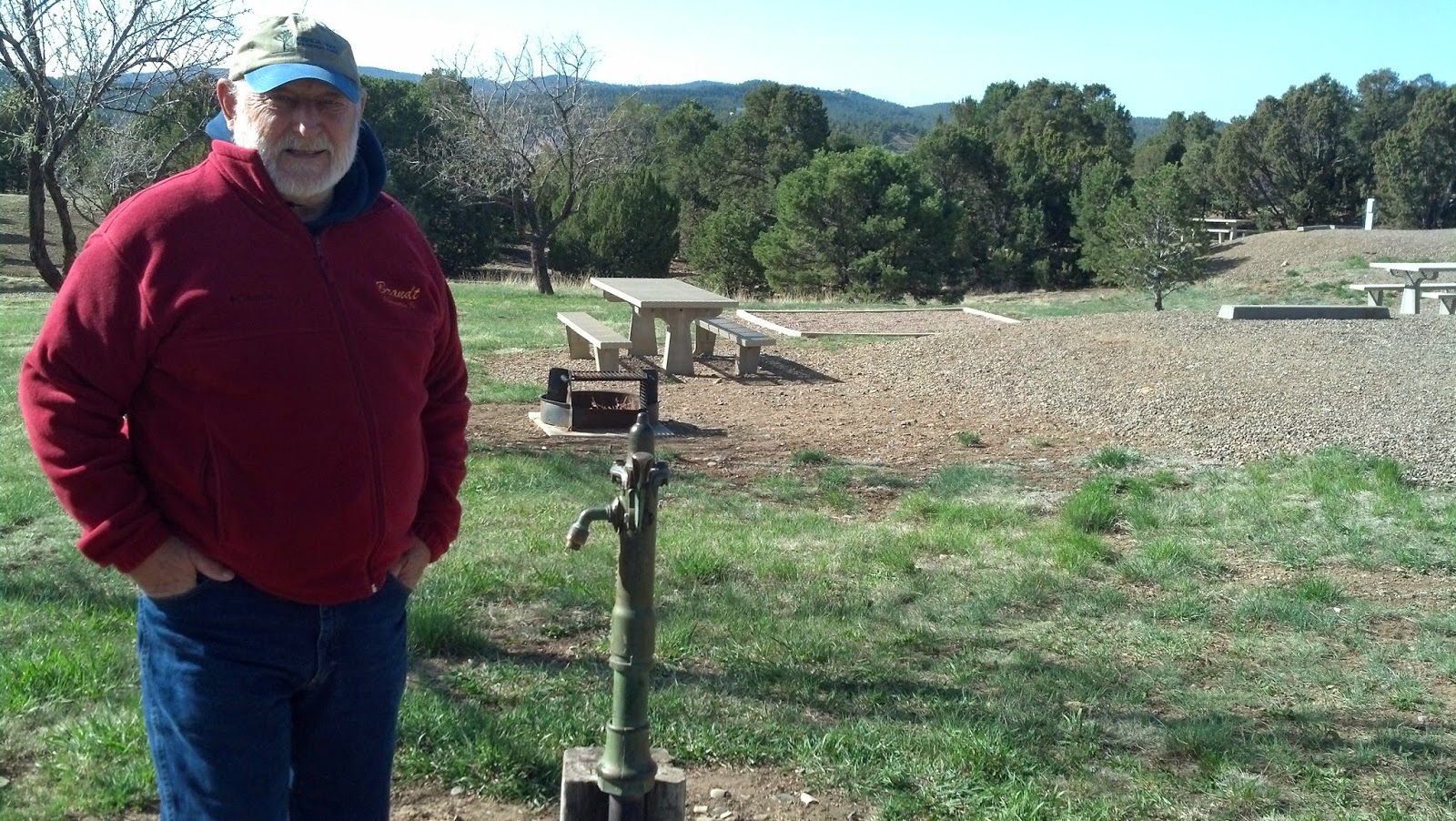 Each site had electric hookups, but water only in regional locations.  We think this is because of winter freezing, but maybe not!  We spent two relaxing days here before moving further north.

Spent my Birthday in the city of Colorado Springs, enjoying a great dinner at the Colorado Mountain Brewing Company.  Great company (Marlin), good locally brewed beer, delicious fish tacos, and a fun waiter.  The next day, after checking out a local fly shop, we headed for Eleven Mile State Park, which is 50 or so miles back in the Mountains near a region called South Park.   Colorado Springs sits just on the edge of the front range of the Rocky Mountains. Off to the east is endless prairie, while the western edge of the city rises slowly until stopped by steep mountains. 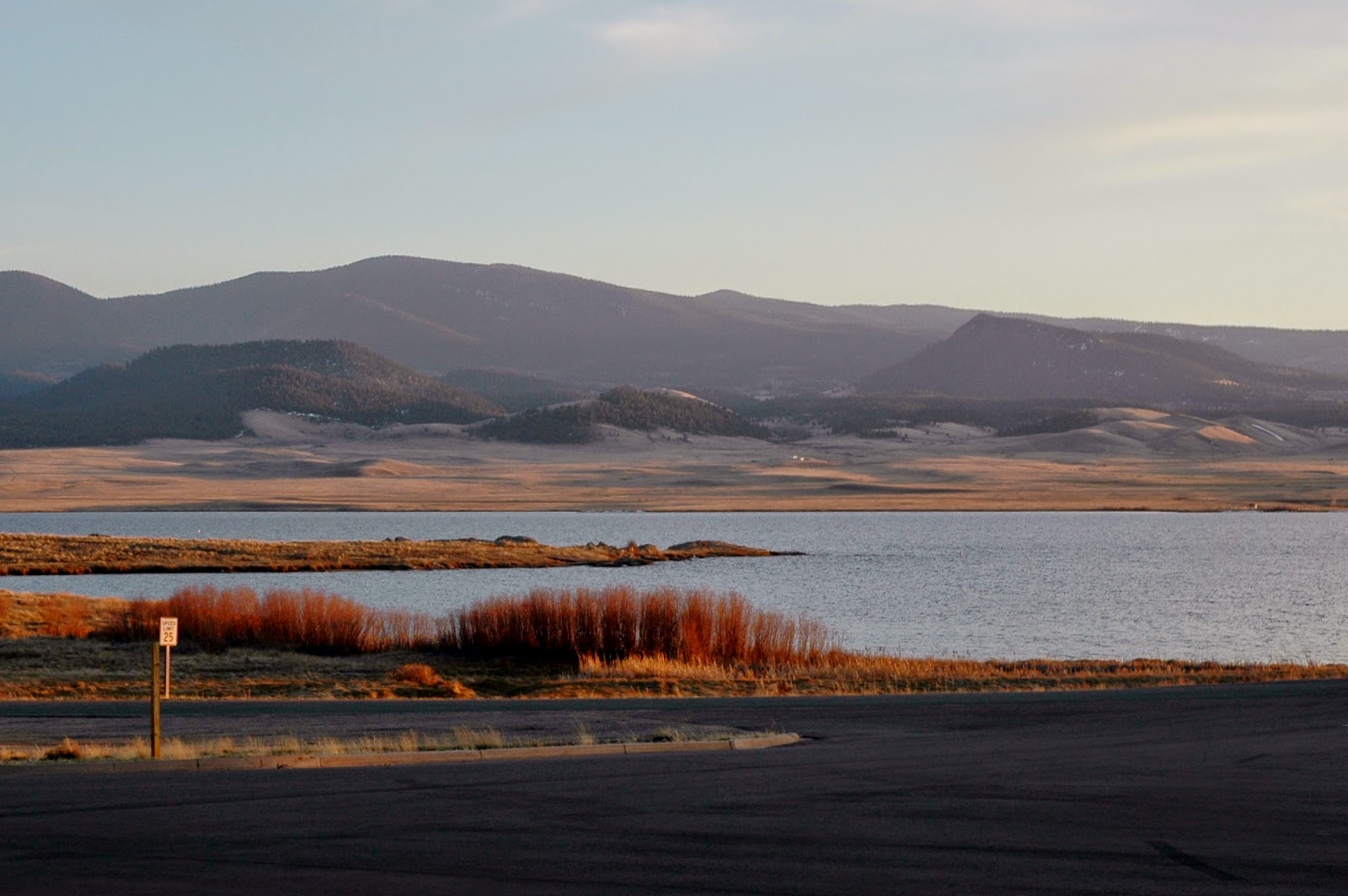 Eleven Mile State Park is also on a reservoir and just like Trinidad Lake, sites have electricity but water is in central locations.
The terrain, even though it is in the mountains, with prominent rocky formations, is much like the prairie. 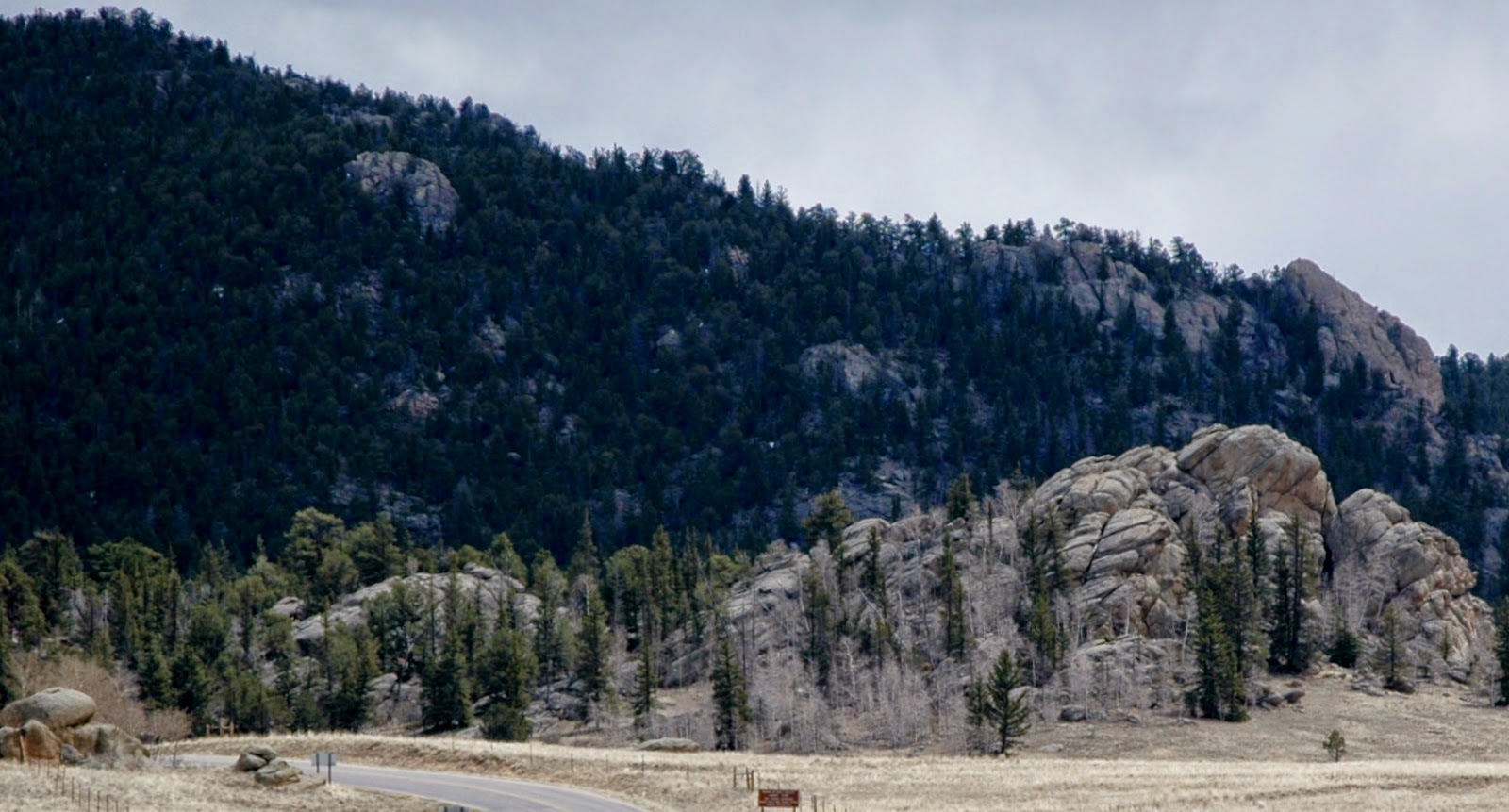 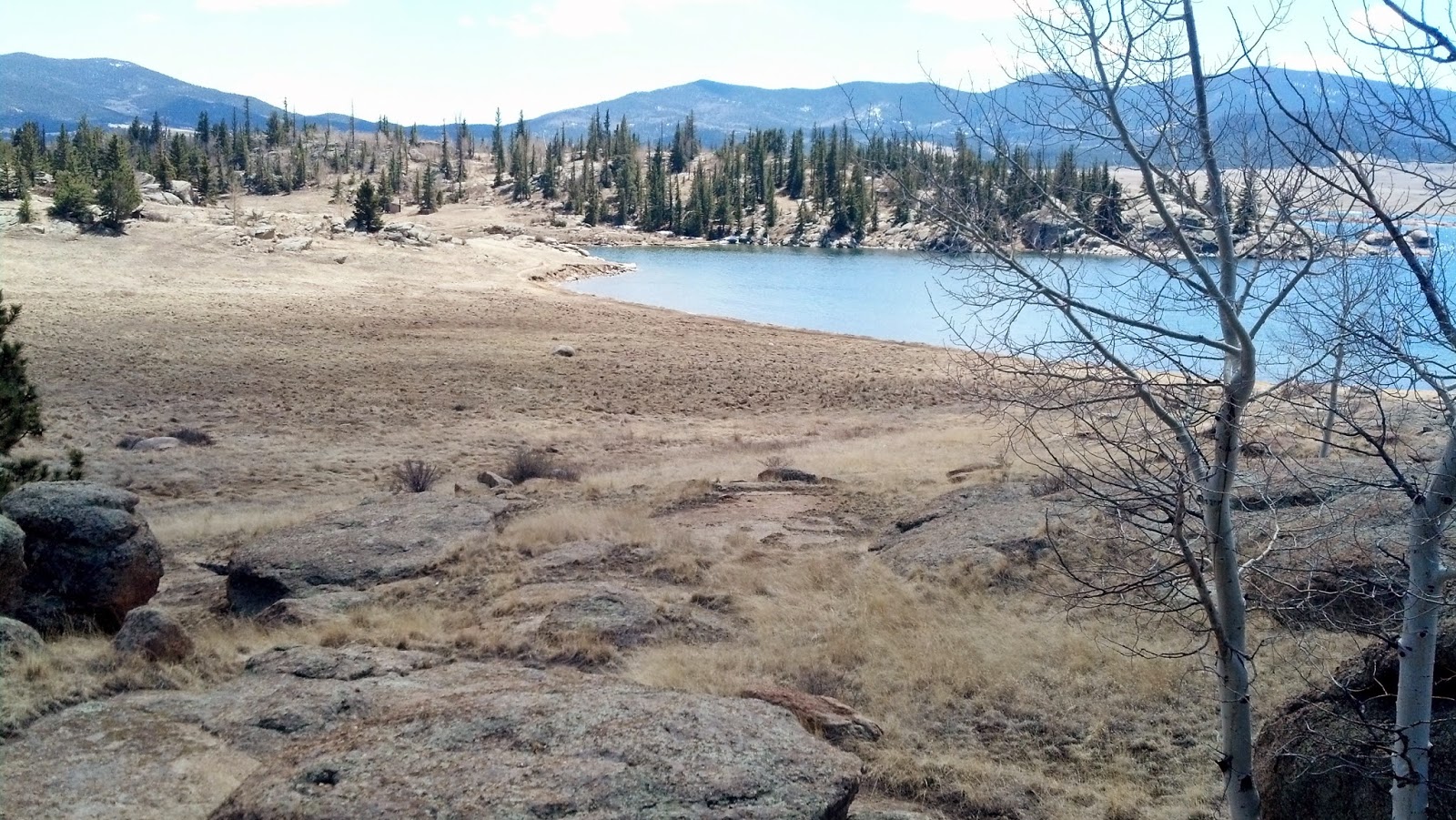 The grander Rocky Mountains can be seen in the distance. 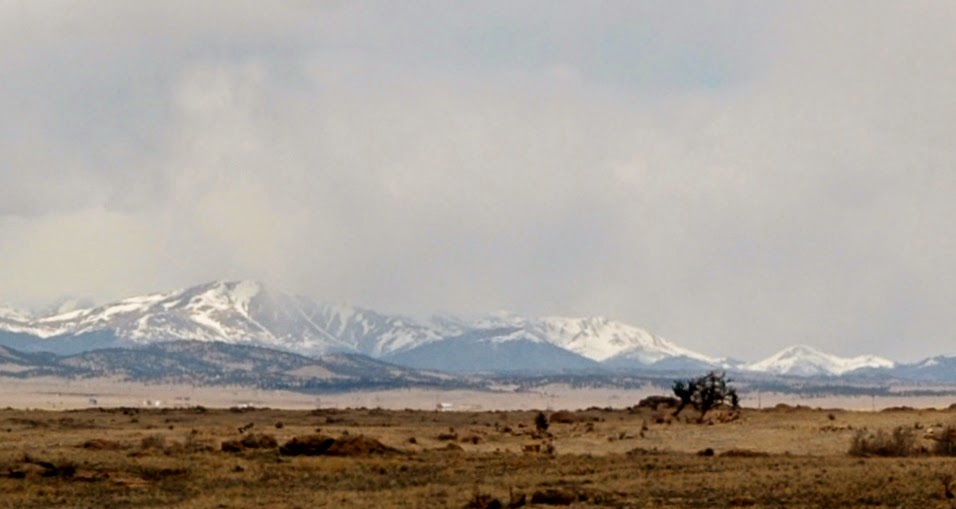 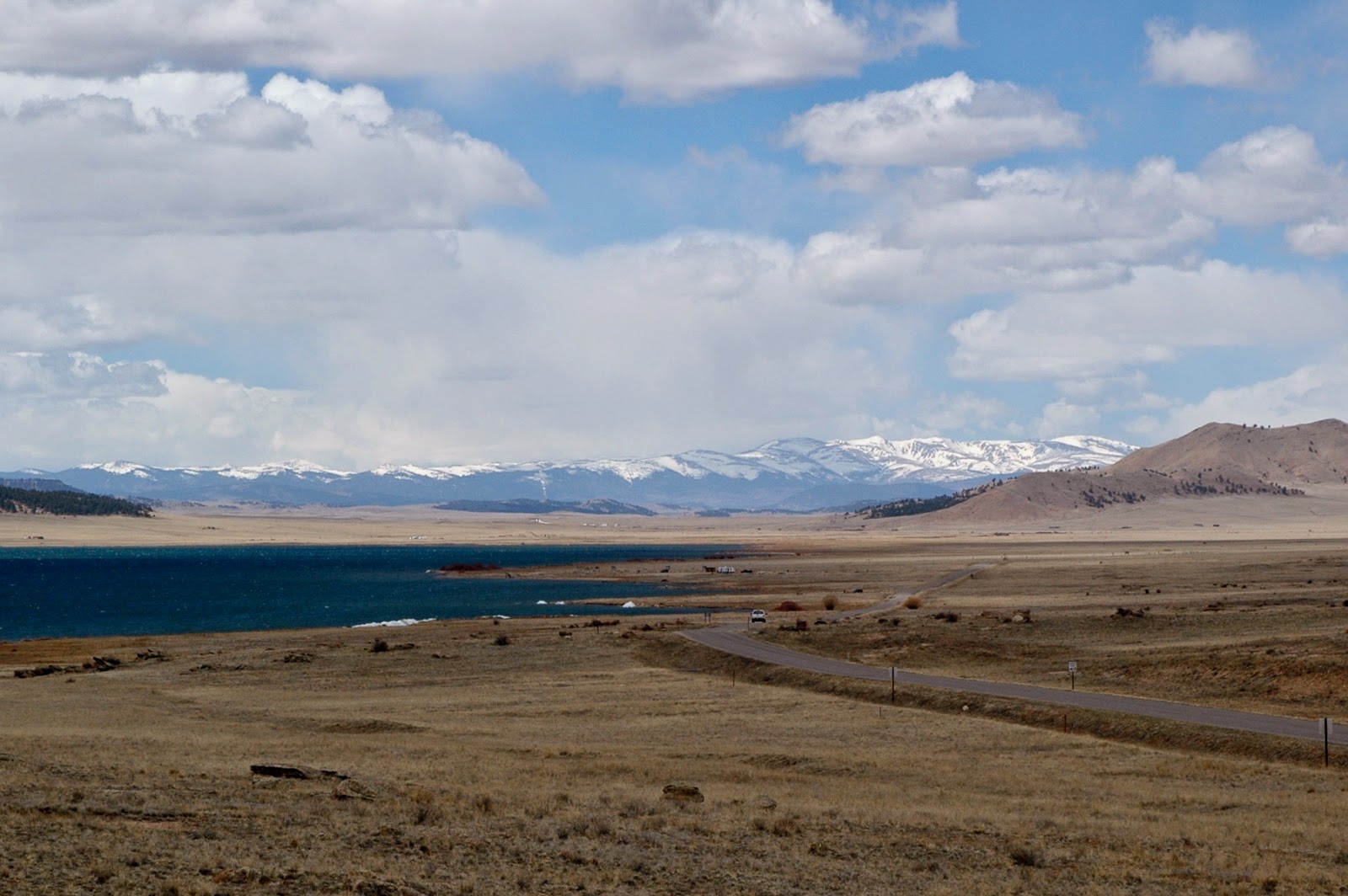 The weather was perfect, and the park has some very nice trails that I took advantage of while Marlin fished. 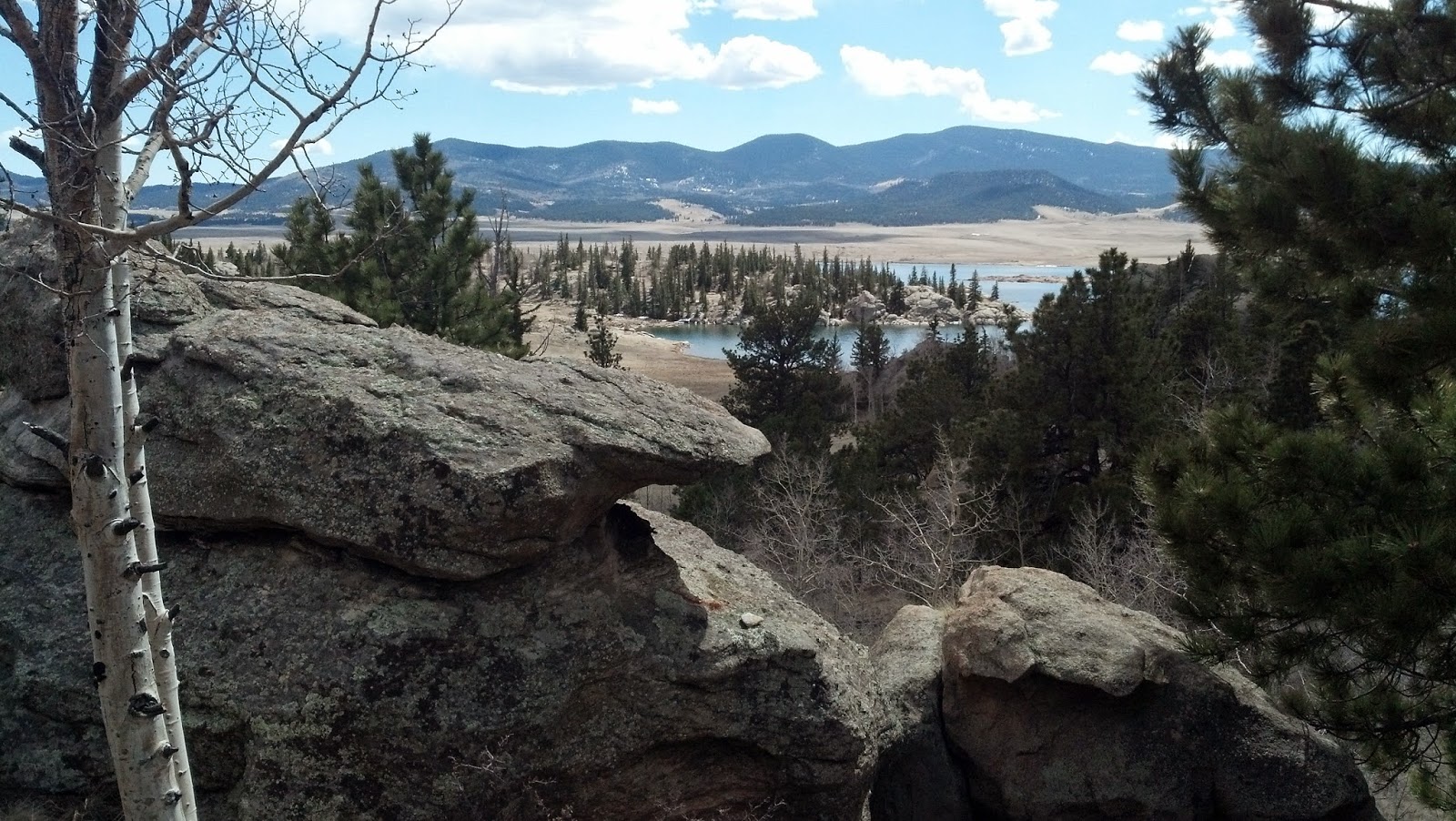 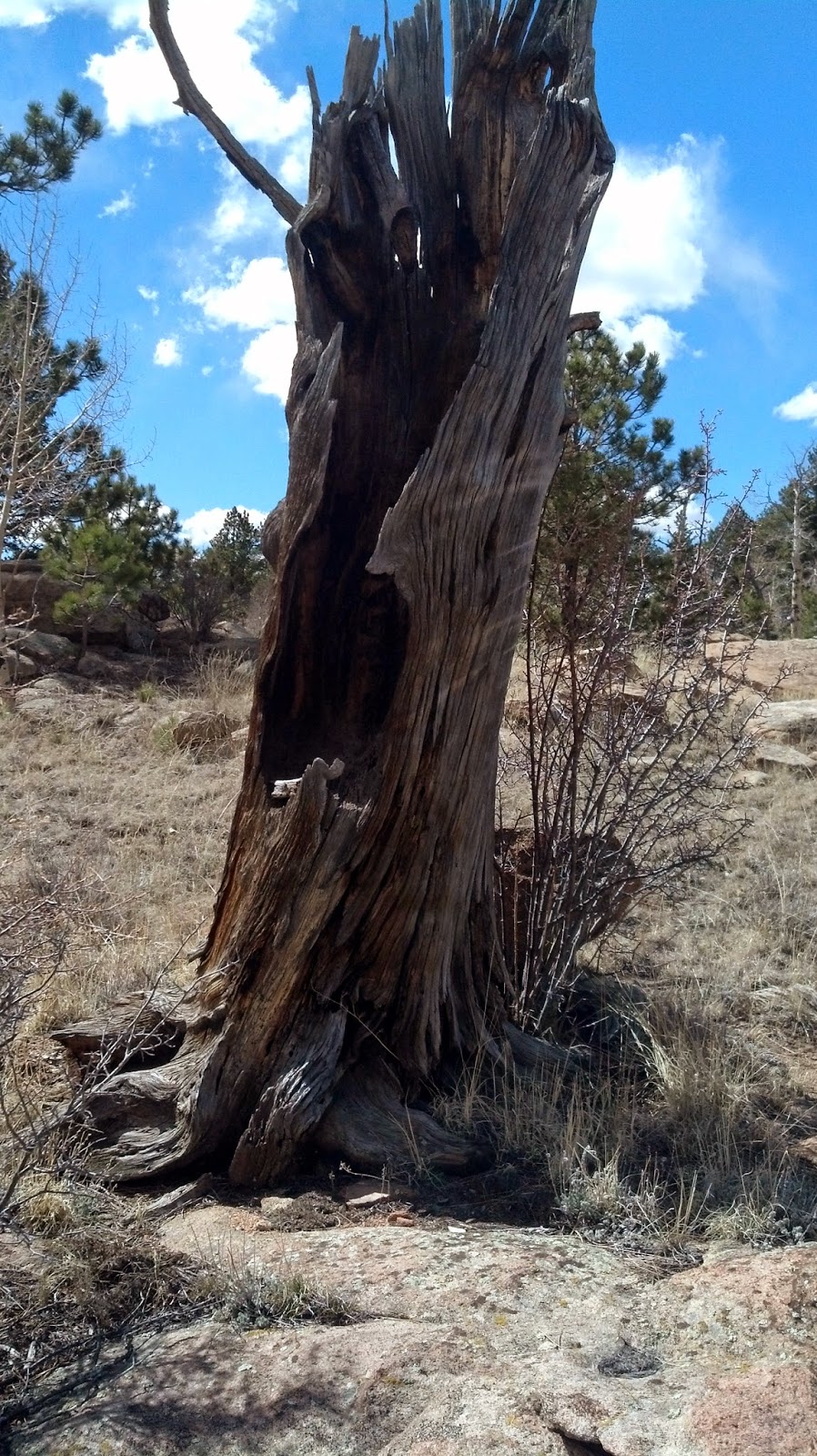 Lots of spring wildflowers sprouting up through the grass. 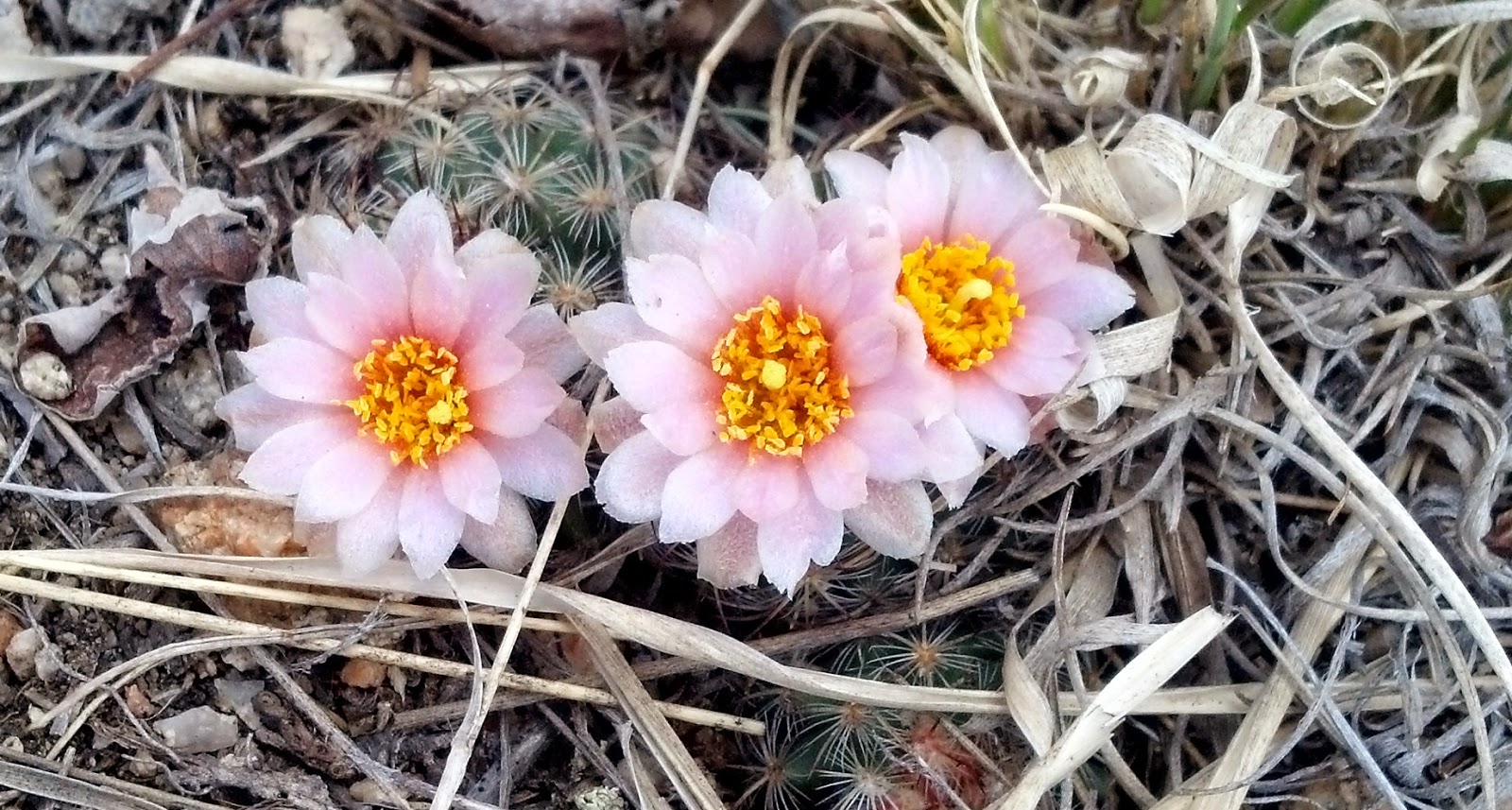 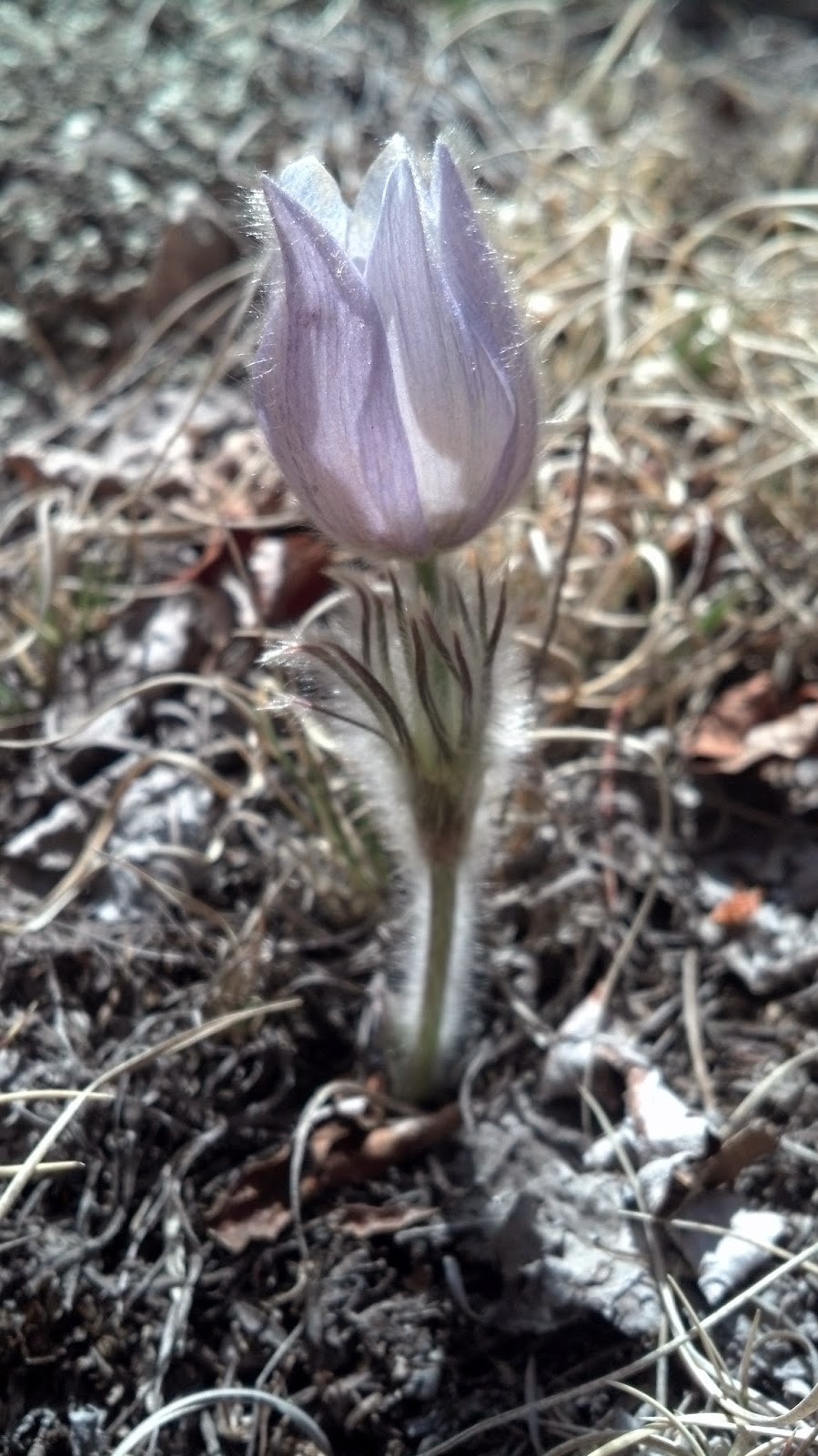 Marlin had several grand days of fishing in the South Platte River.  As the saying goes, "the fishing was great, the catching not so good", but he enjoyed every minute of his time there.  Other fishermen to talk to, and the aura of the mountain men who traveled along the South Platte in the 1840, made good companions for his time on the river. 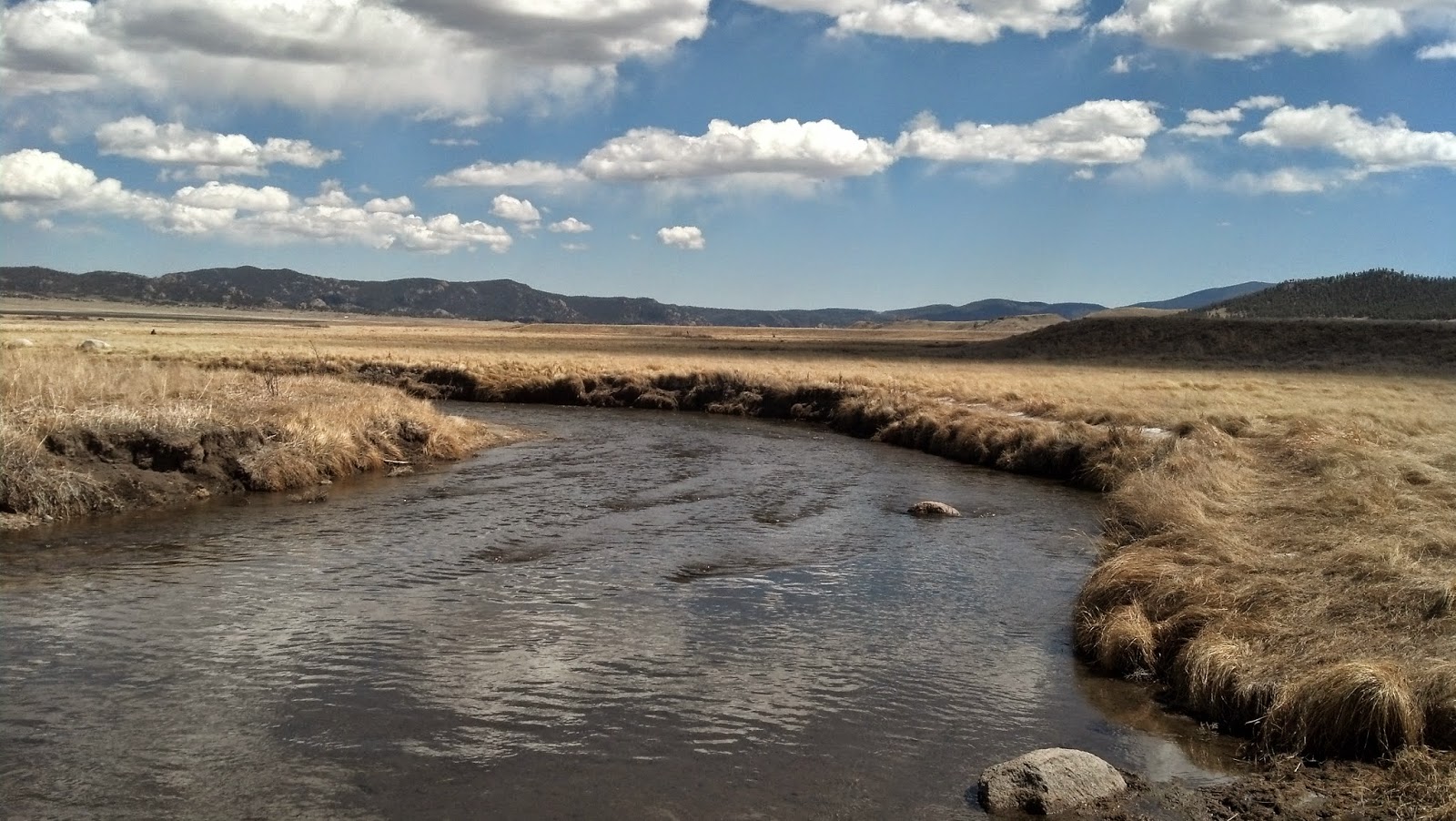 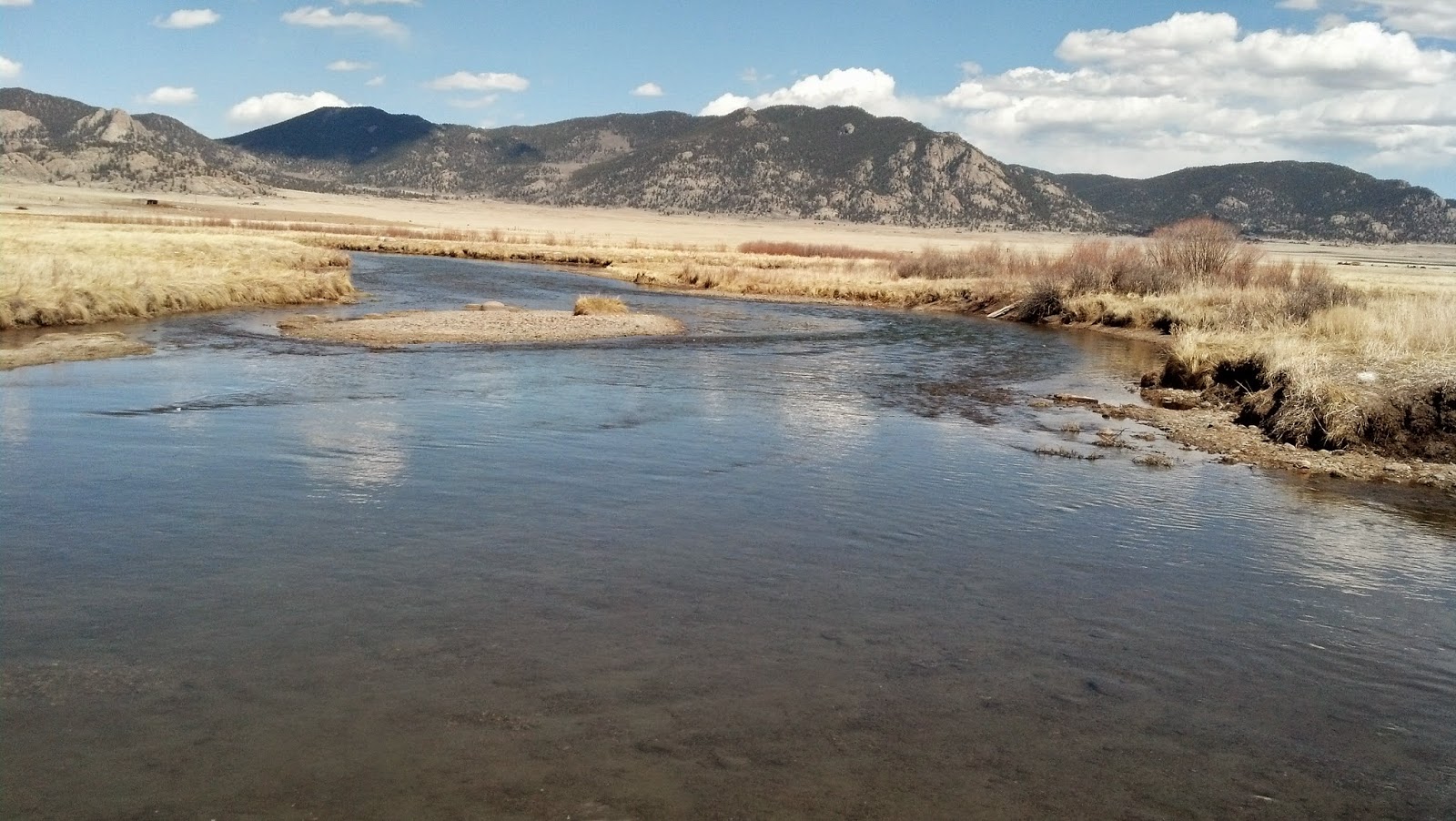 Other critters he had for company! Wild burros on the road. 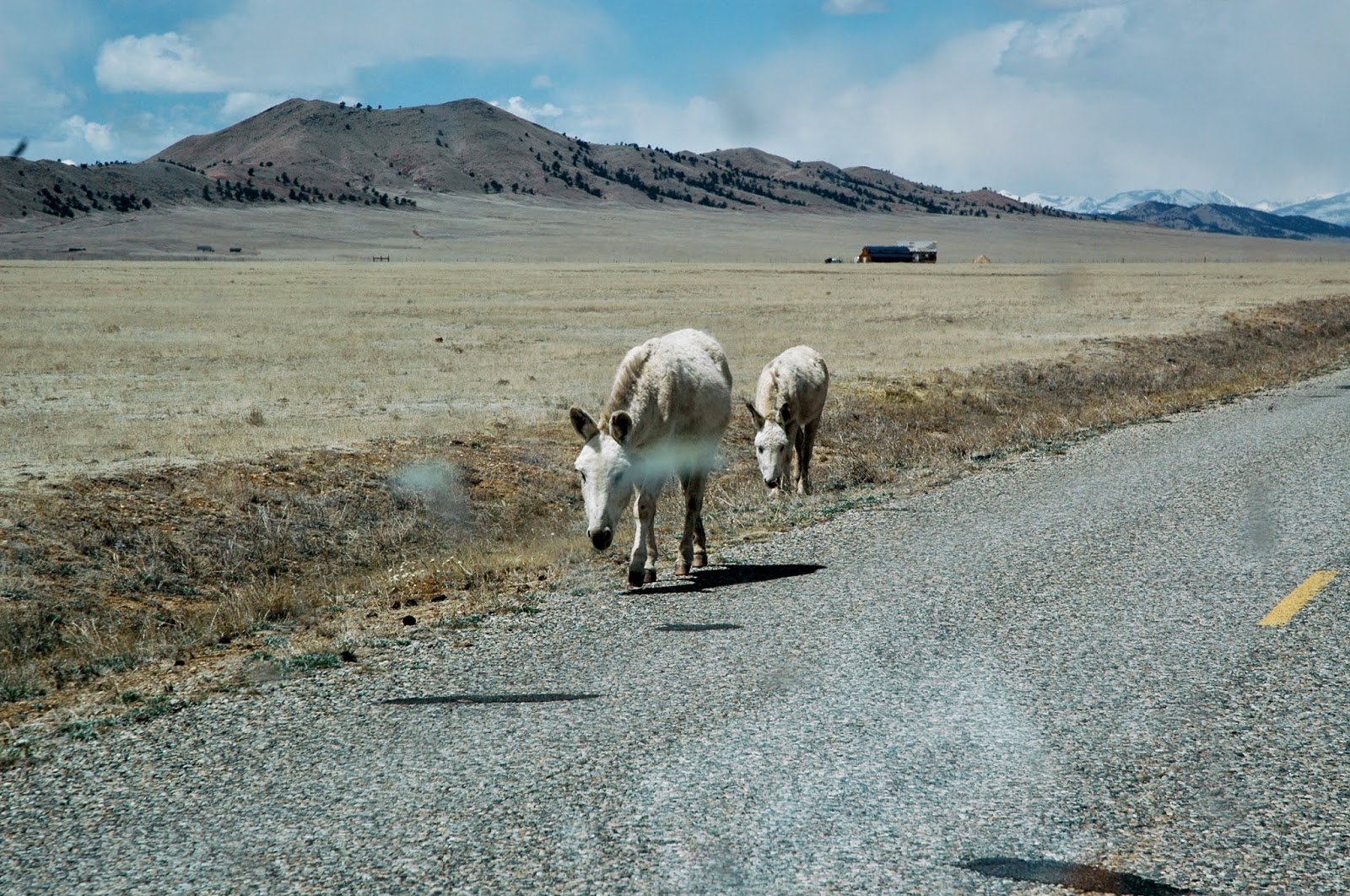 After three days, the weather forecast was for snow and high winds, so we decided to move back to a lower altitude with the camper.
Posted by cooktravelogue2007-8.blogspot.com at 11:54 PM