My expectations for Lubbock were far exceeded during our short two day stay here.  Thinking this City, in the central panhandle prairie land of Texas, that is six hours from anything else, would have limited facilities and attractions.  Wrong.  Lubbock was on our path to Montana, but also our friend Rick Cote, who is a huge Buddy Holly fan, asked if were anywhere near Lubbock to go by and check out his grave.  Local attraction brochures told about the Buddy Holly Center and grave site, but we found out there is more to Lubbock than just Buddy Holly's birth place.  There are multiple first rate museums, and a vibrant music scene.  There is nightly music at most restaurants and night spots all through the city.  Sounds like a mini-Austin atmosphere.

The Buddy Holly Center was easy to find.  The City's Department of Transportation made it easy. 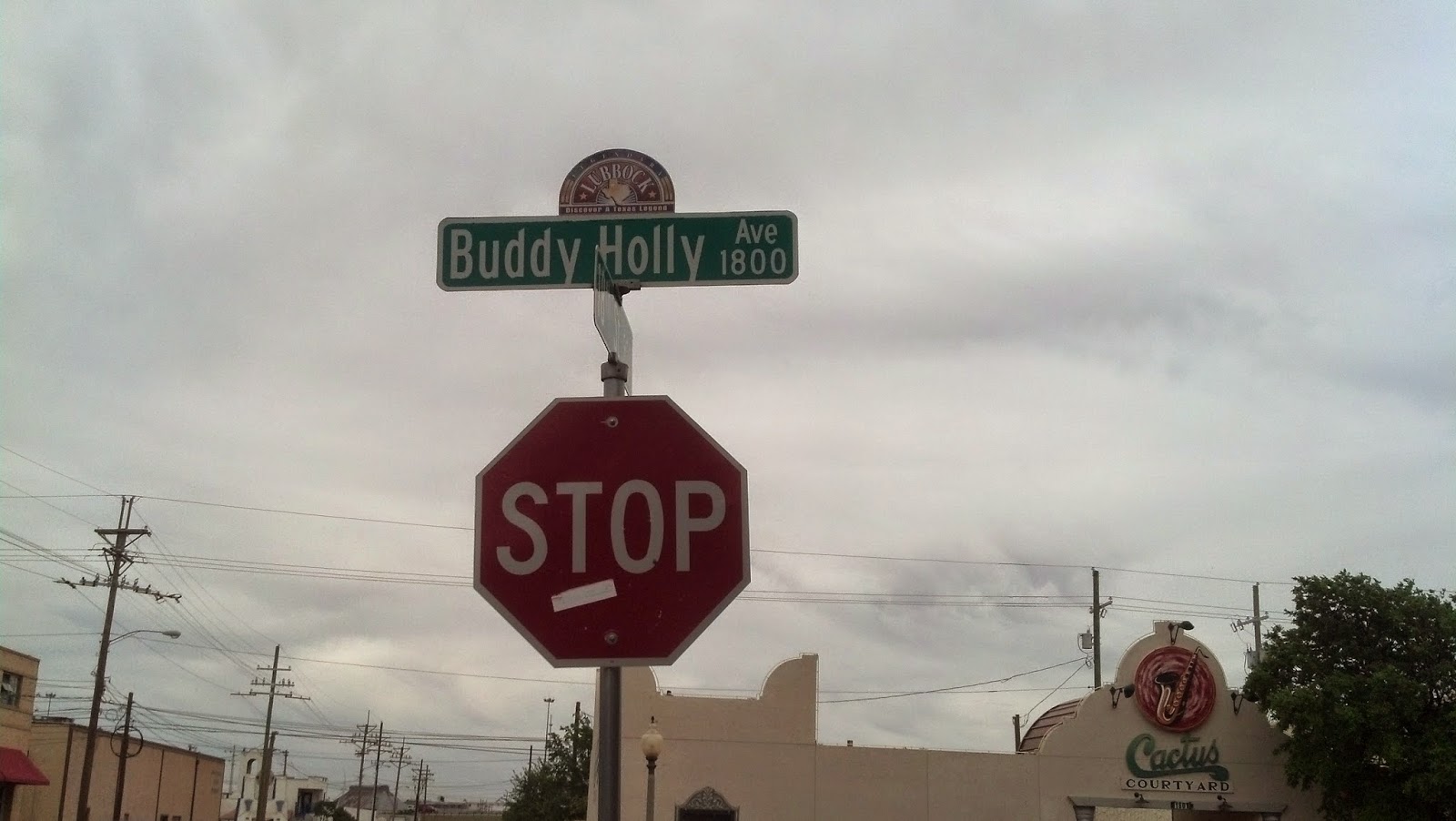 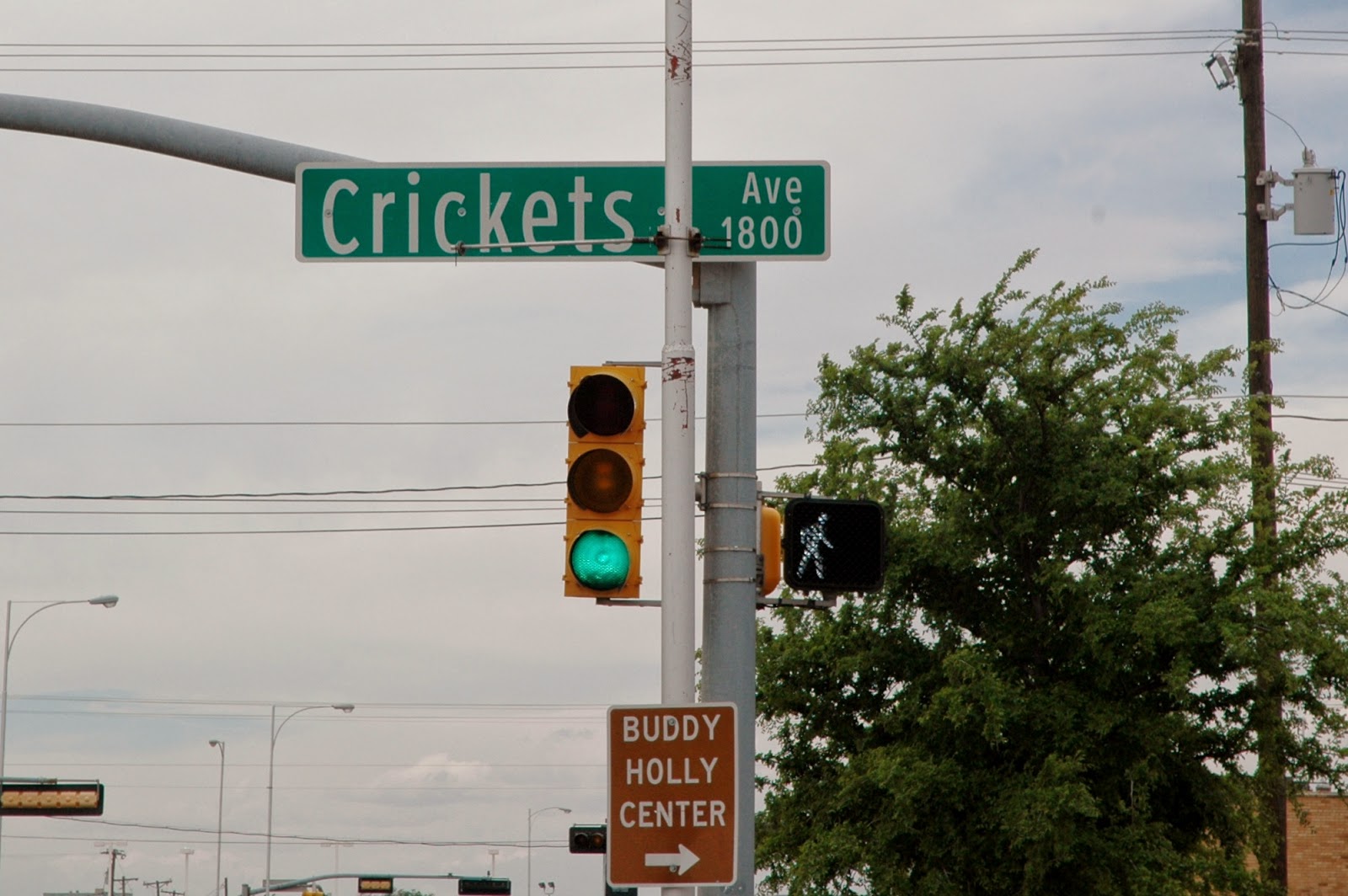 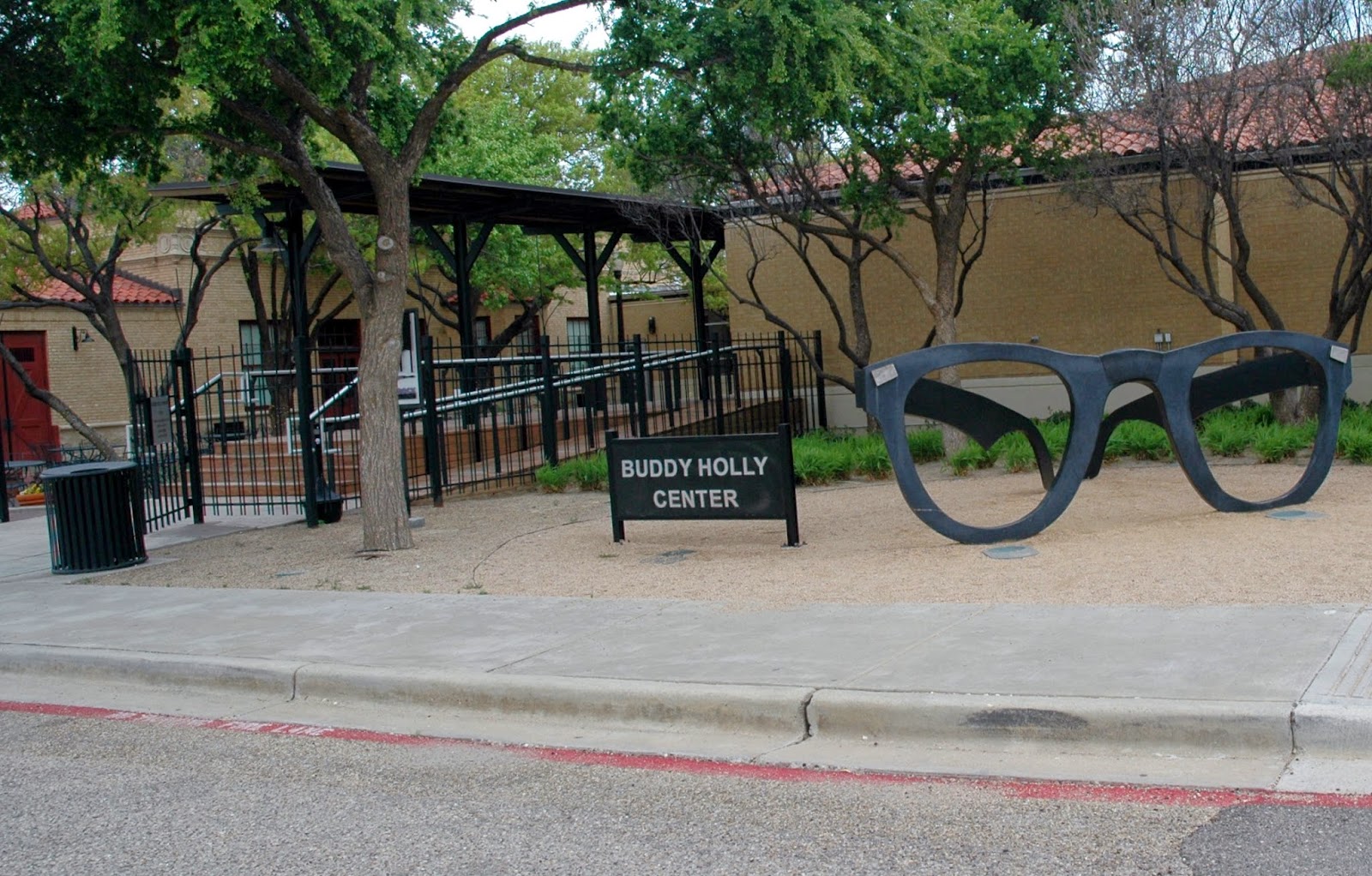 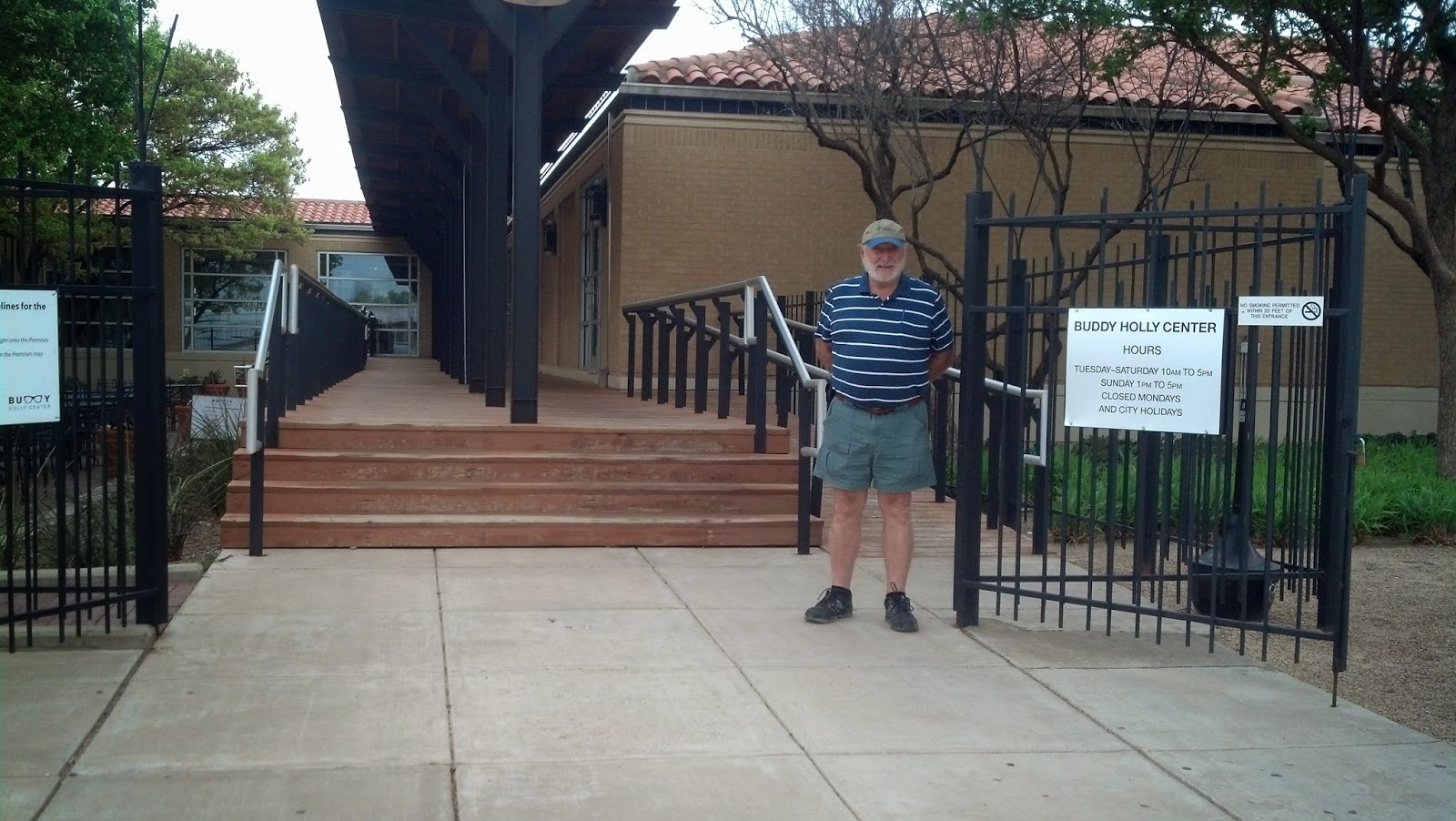 Unfortunately, no photographs were allowed inside the galleries.  The only picture we could take in the building was this sign in the hallway.  The docent said photographs were not allowed because many of the artifacts were only on loan and did not actually belong to the center. 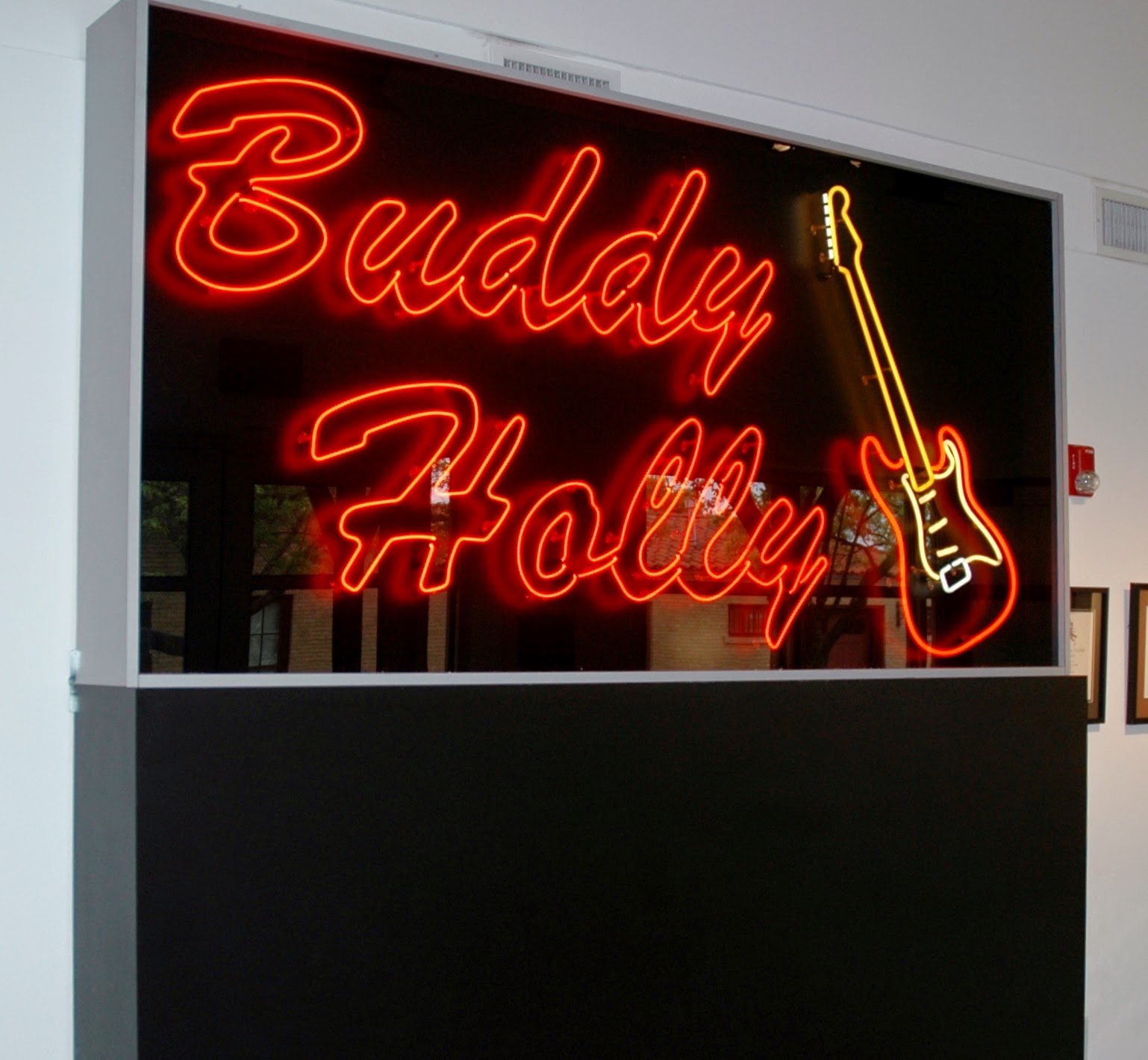 Much of the gallery was set up in time lines that covered the trajectory of his carer, as well as all the other significent musical happenings during the time he was alive.  It is easy to forget about events that belong together, or how the styles of music were changing during the 1950's era.  Pictures would have been a great asset for my aging memory.  One interesting item was that when Buddy Holly and his friends were still playing around Lubbock, their band opened for Elvis Presley when he came to town.  It was reported that Elvis became a strong influence on Buddy's music after that event.

Adjacent to the Center is the J.I. Allison house. 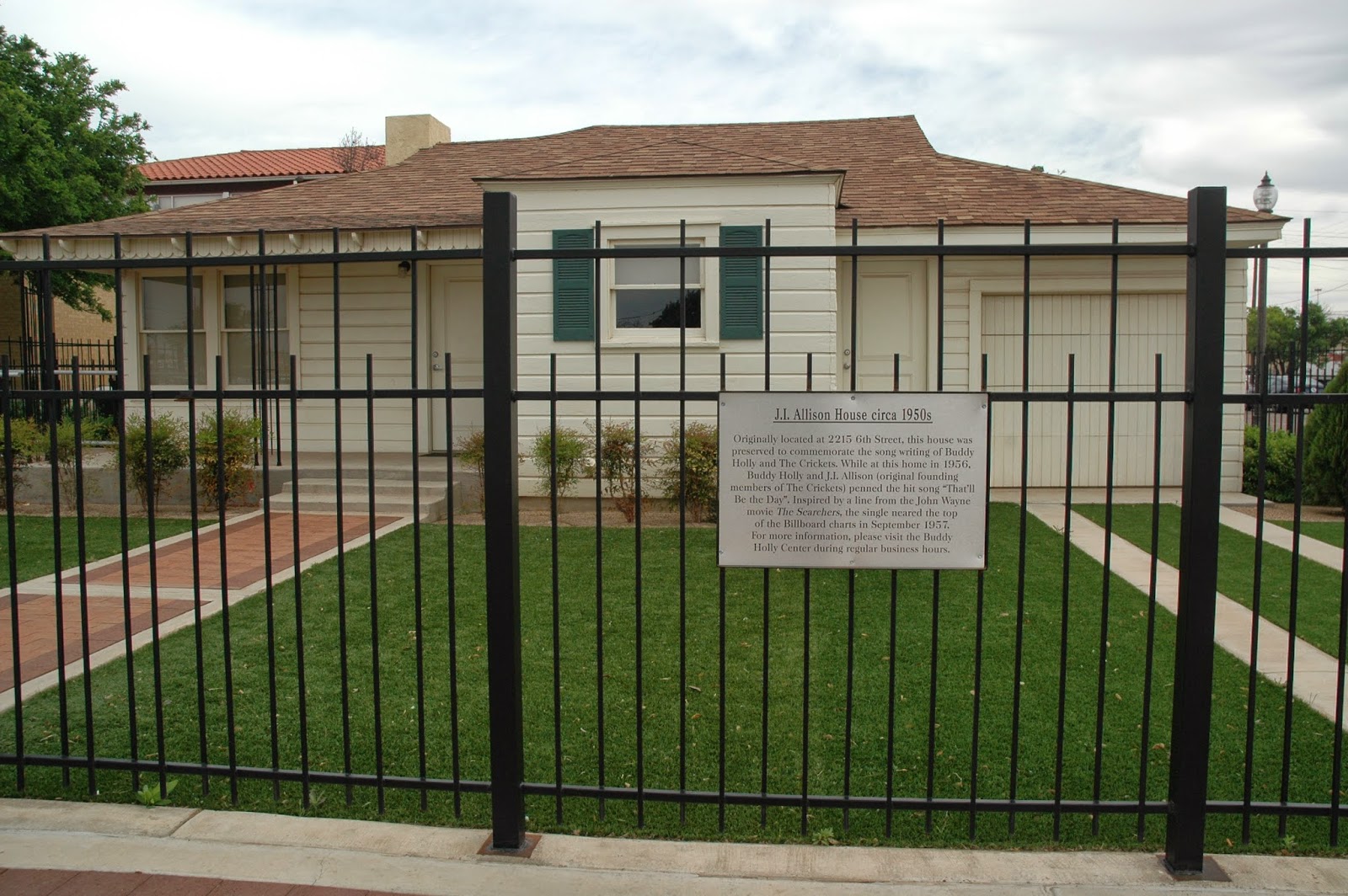 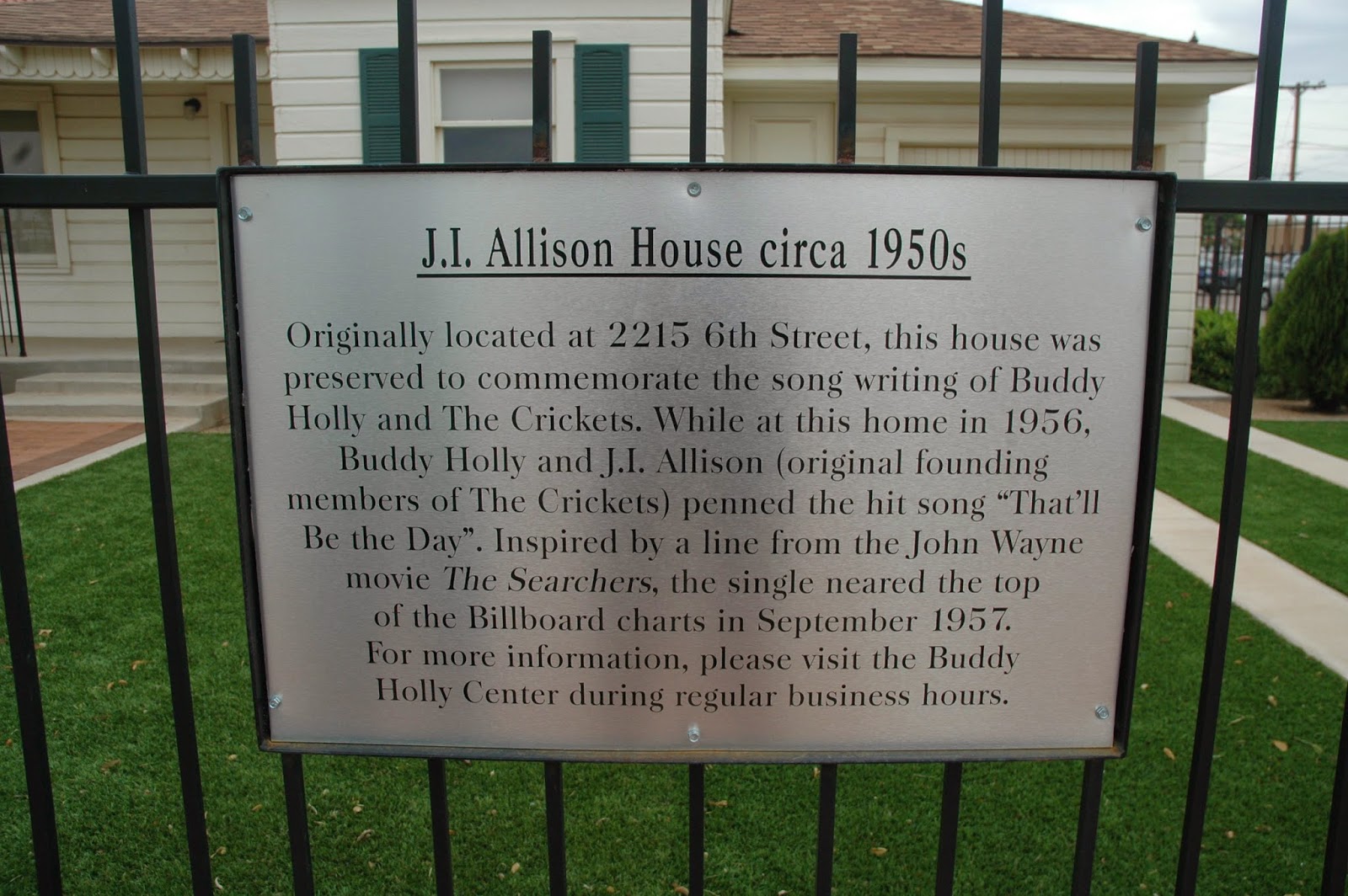 Inside this circa 1950's house was very nostalgic.  Apparently, this home was the gathering place for lots of J.I.'s friends and where some of the early Crickets songs were written.  Tiny, by today's standards, but the walls were covered with photos of lots of kids hanging out and playing music. 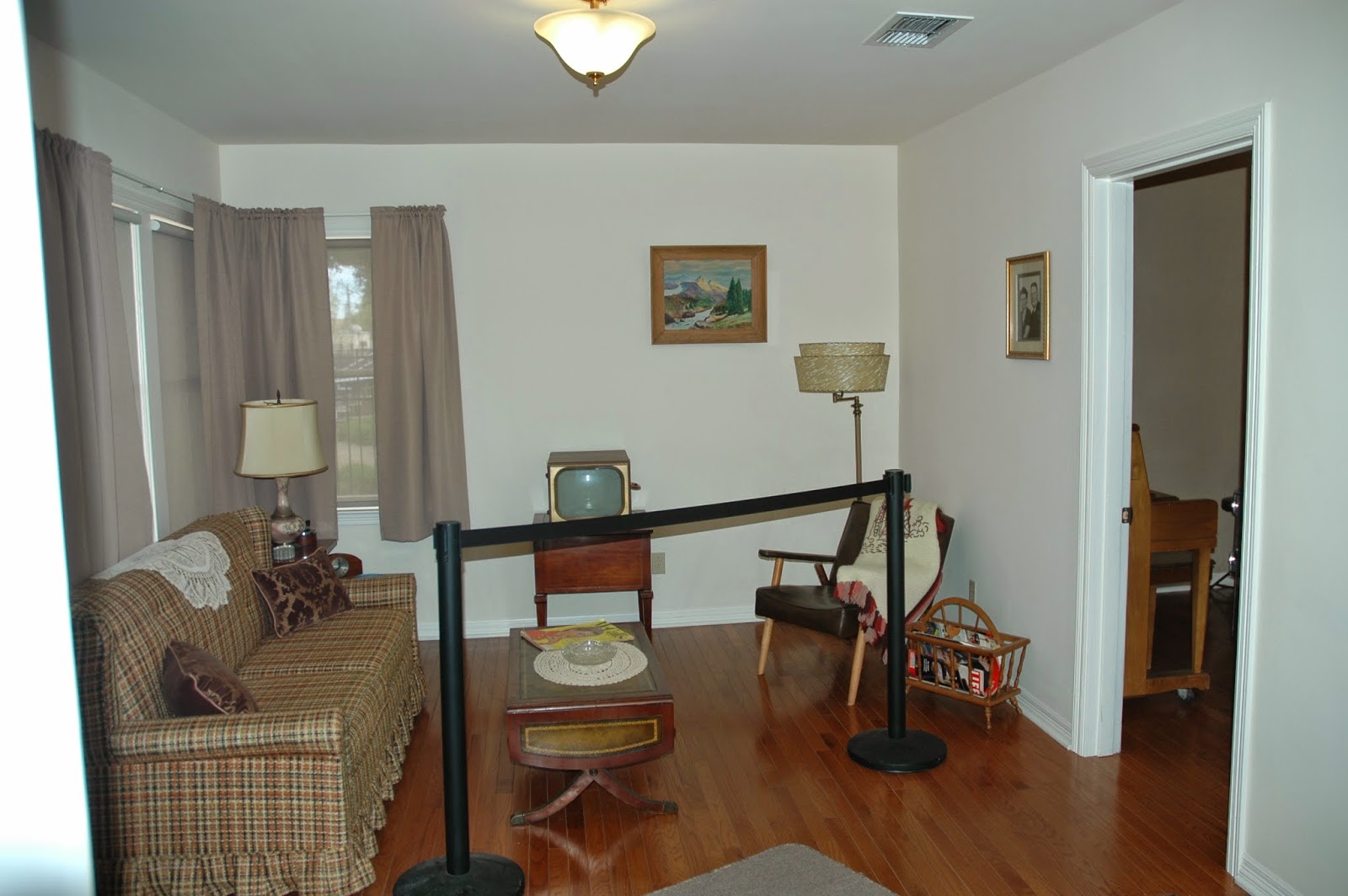 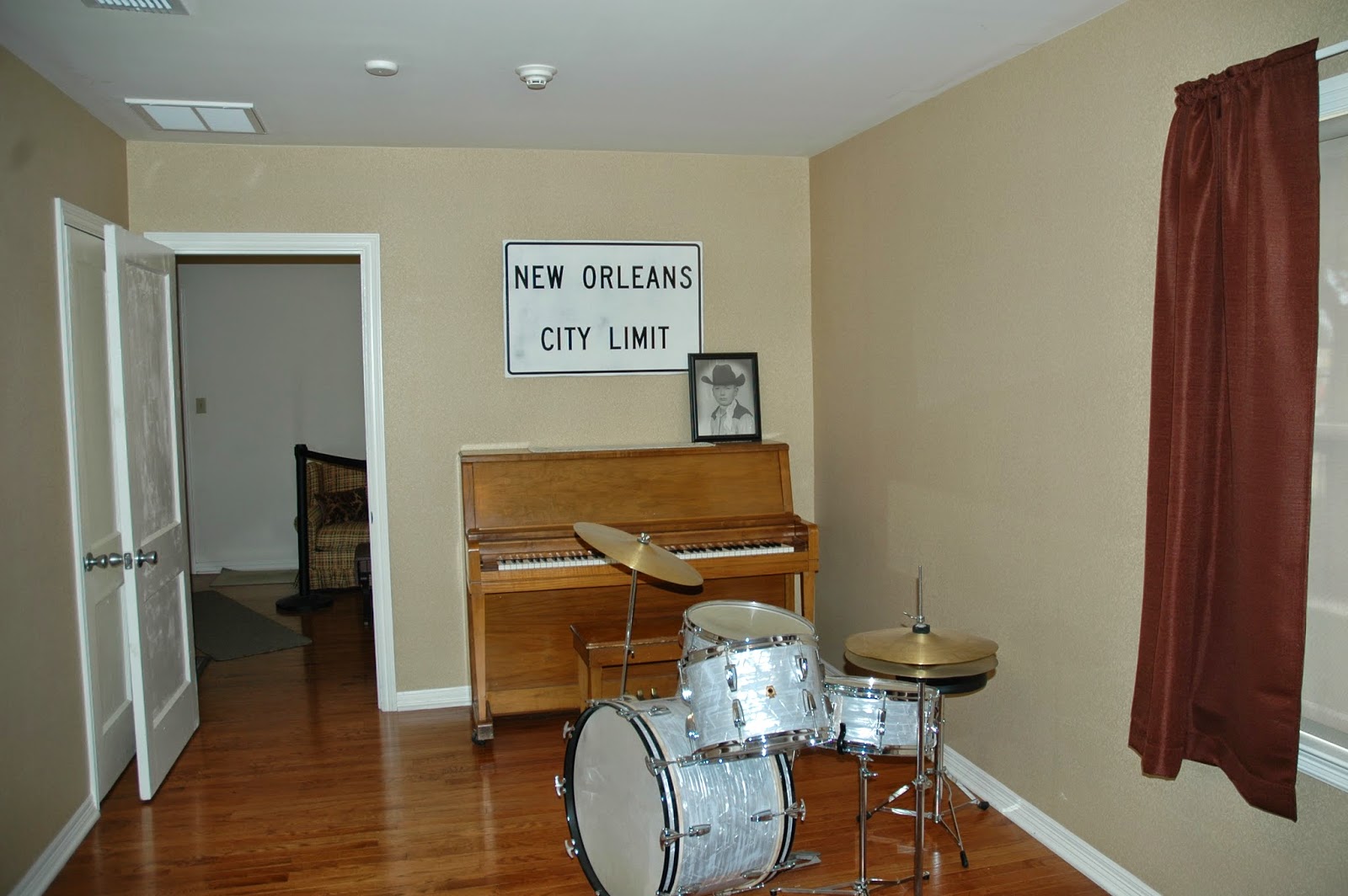 The tour docent said this was not J.I. Allison's original drum set, but he picked out one exactly like his first set, and set it up just the way he had it when he was a boy.  The house was scheduled to be torn down to make way for a shopping center, so the center bought it, had it moved to the Center grounds, and restored it according to pictures and information from the Allison family.

When the renovations were finished, the three original Crickets, J.I Allison, Joe Mauldin, and Sonny Curtis, were interviewed at the house and during the tour we were shown a video of that interview.  Fun to hear them talk about growing up in Lubbock and getting a band together for their first gigs.

On the other side of Crickets Avenue there is a park, featuring a statue of Buddy Holly, but also a Walk of Fame dedicated to all the famous artists who have come from the Lubbock area.  We recognized some of the names. 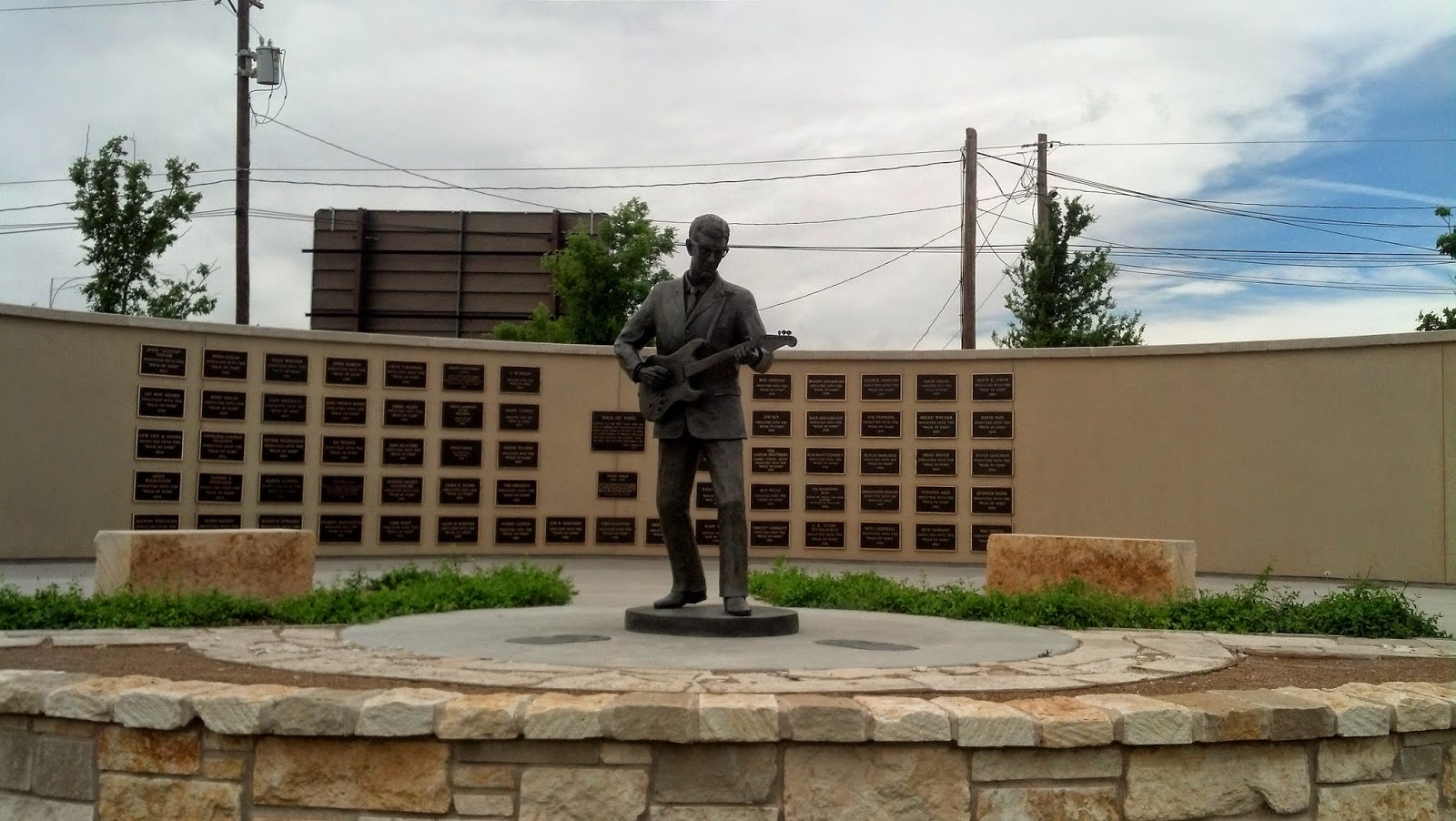 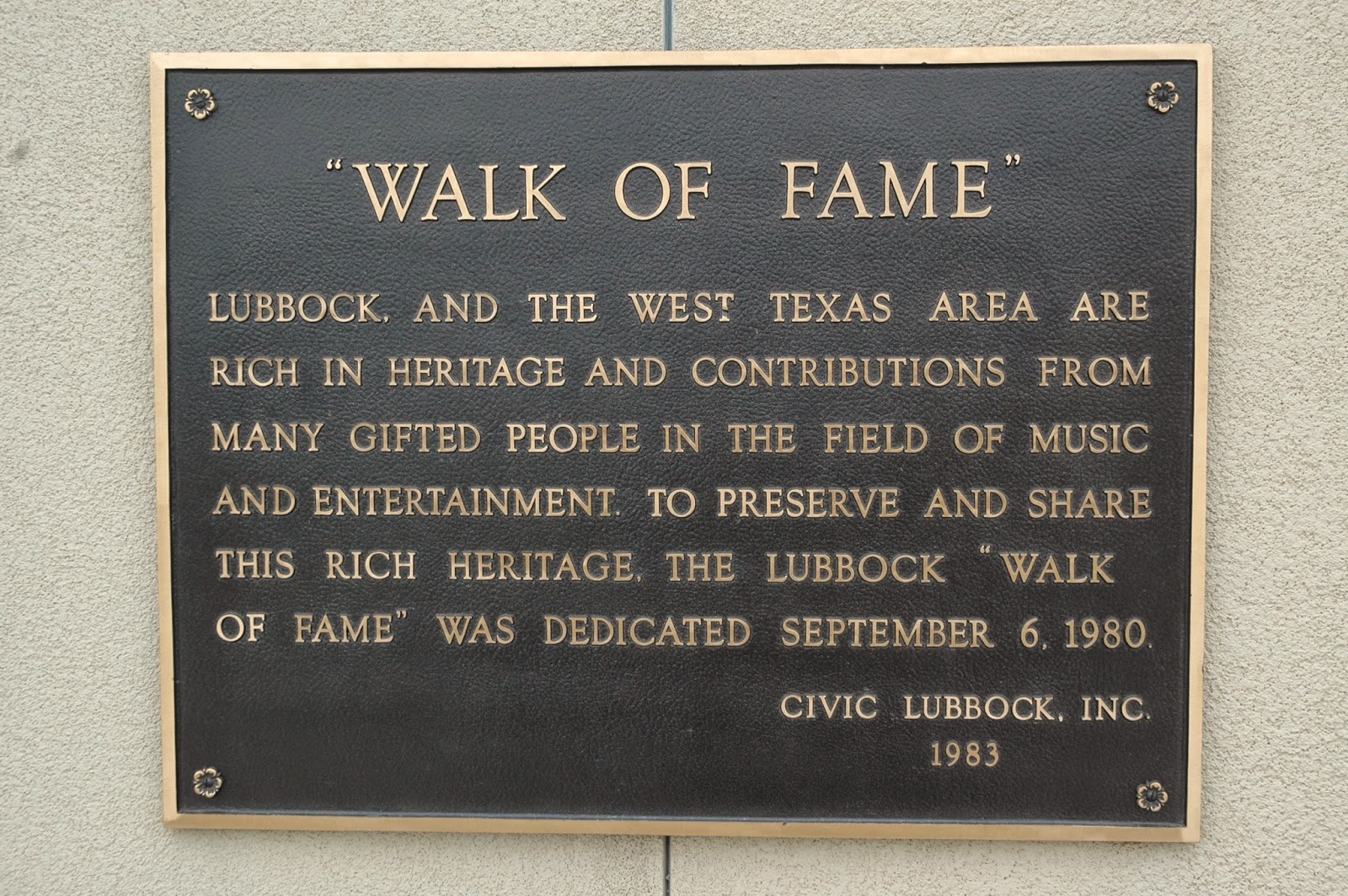 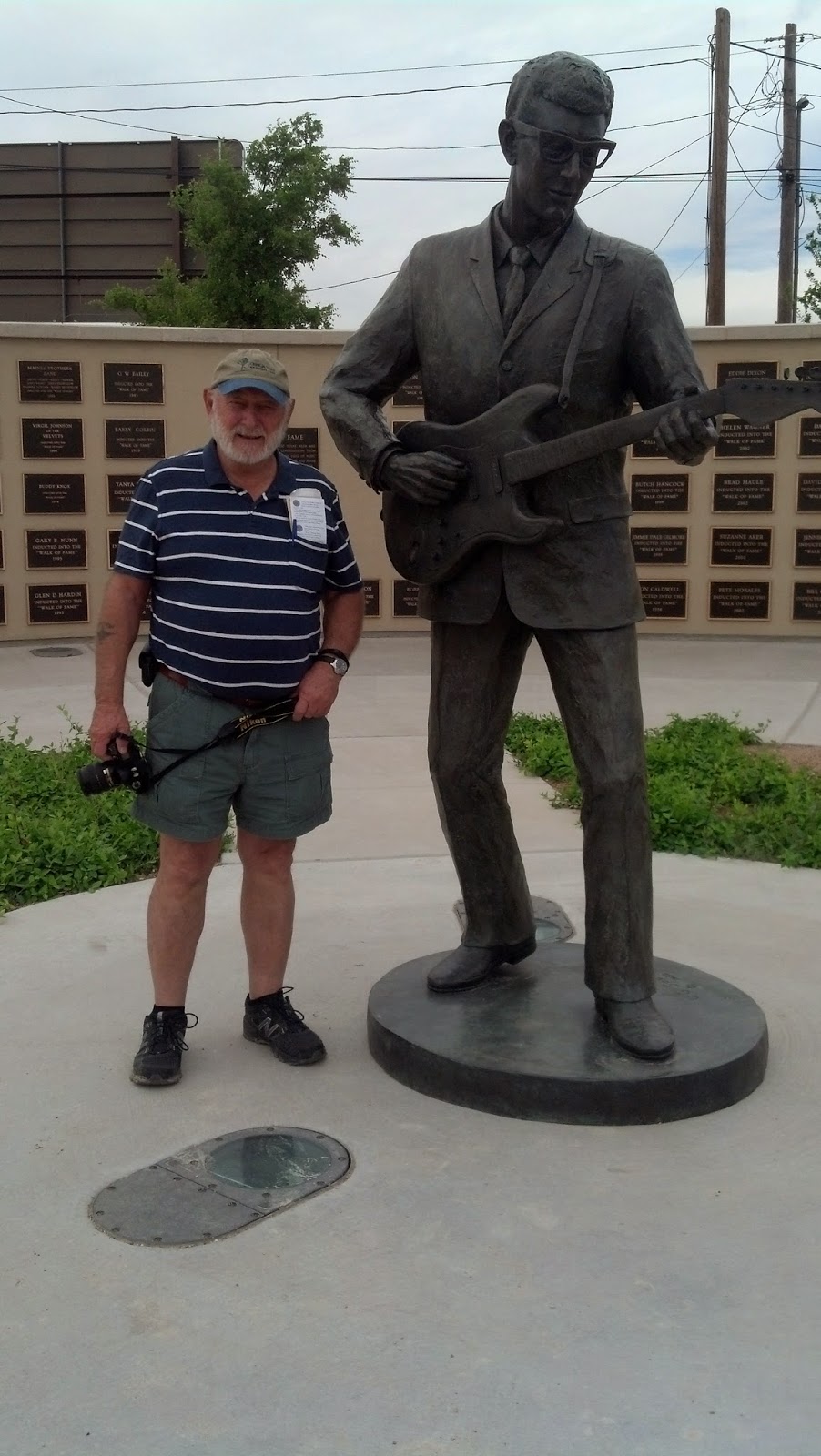 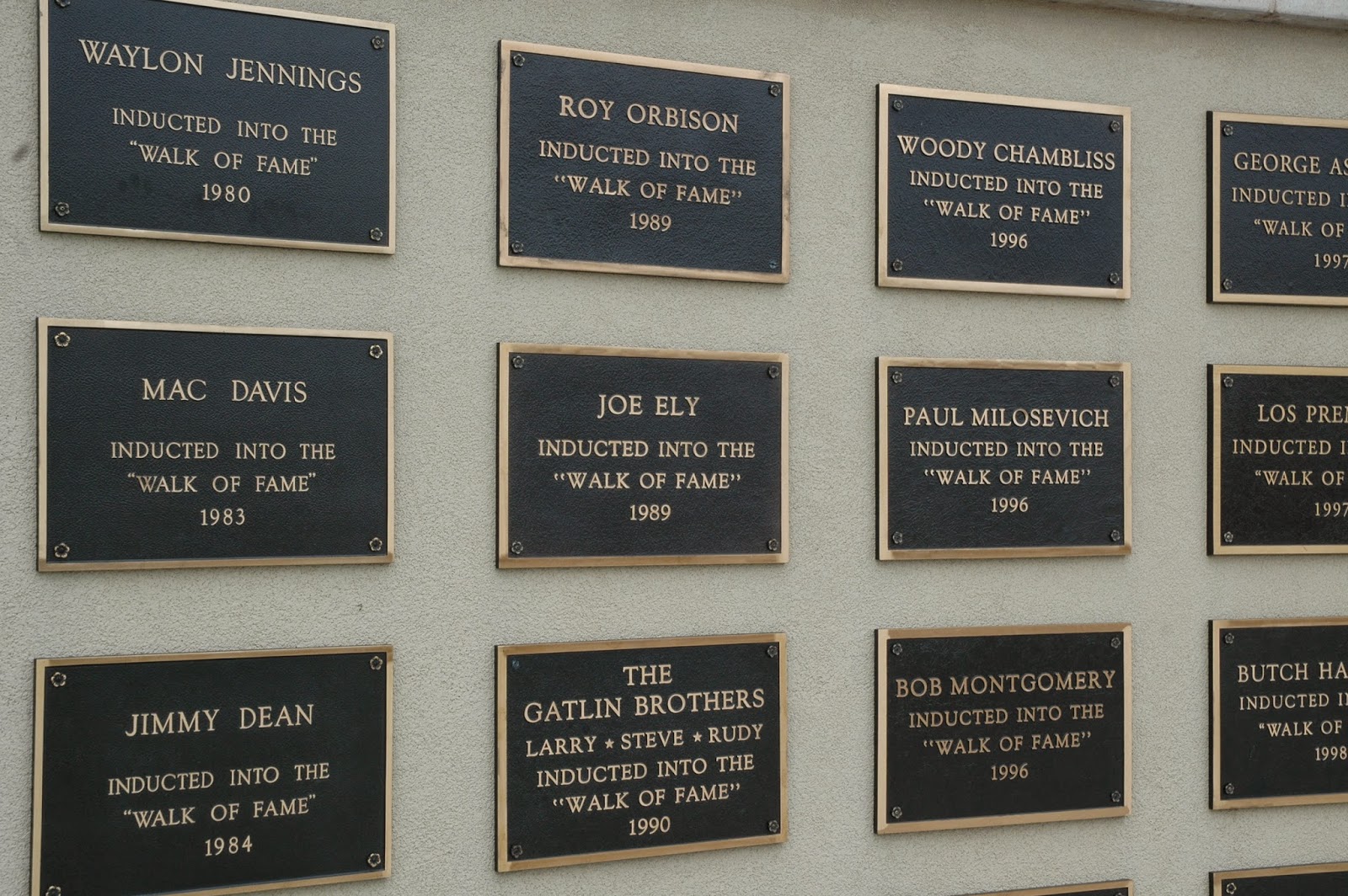 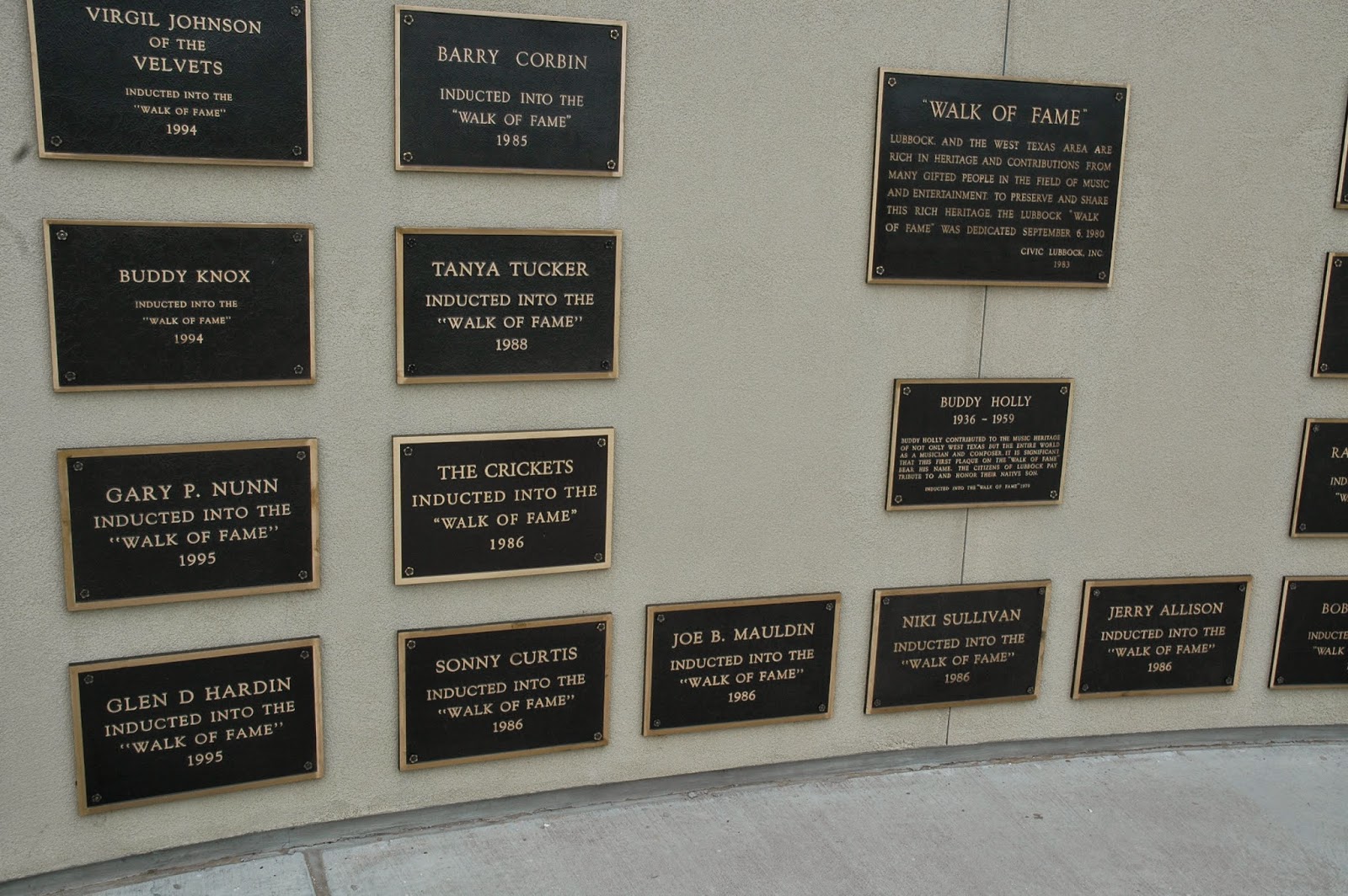 Our next stop was the Lubbock cemetery.  With so many people looking for Buddy Holly's grave, the sexton had a sign erected to direct people to the right spot. 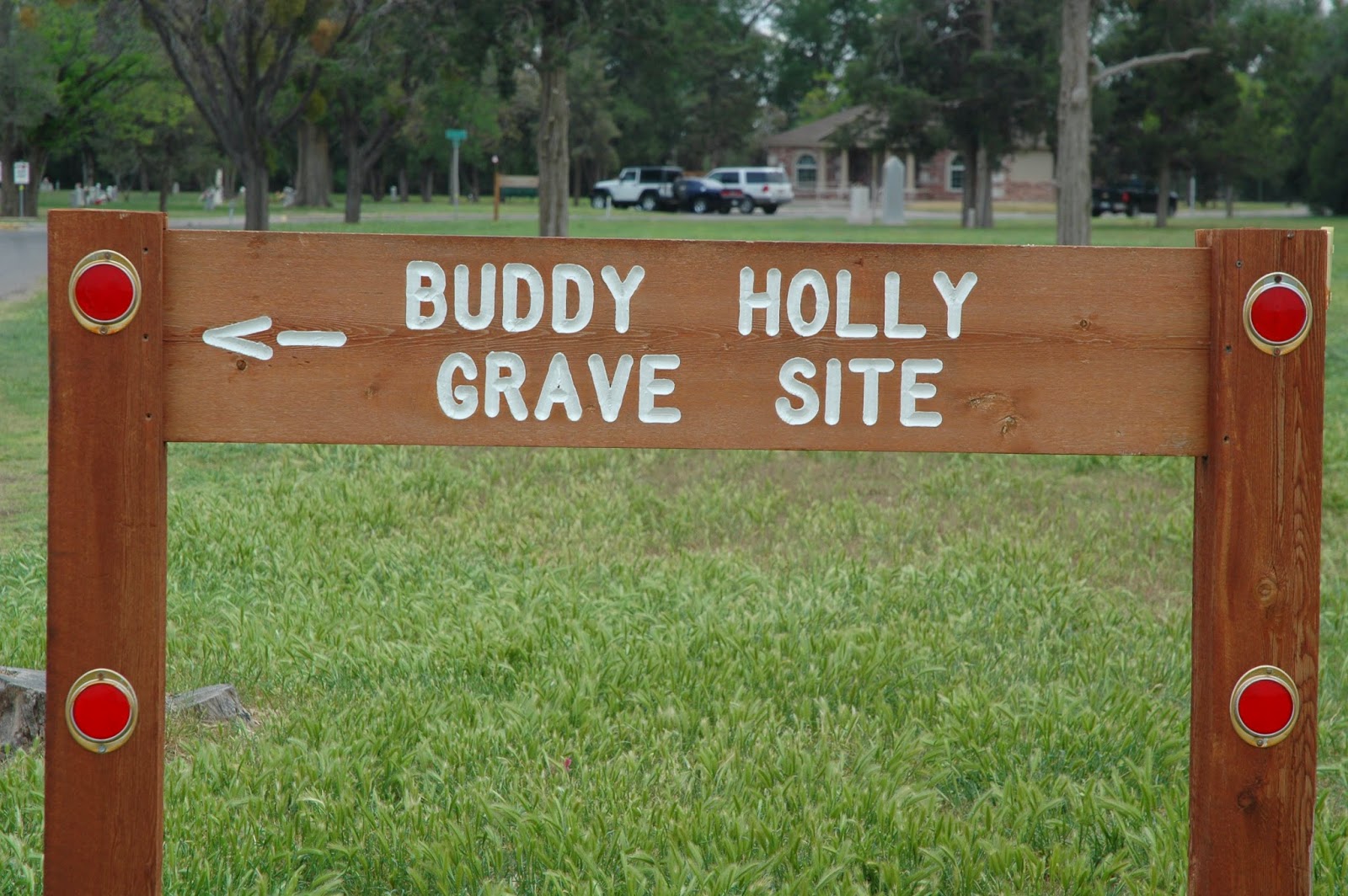 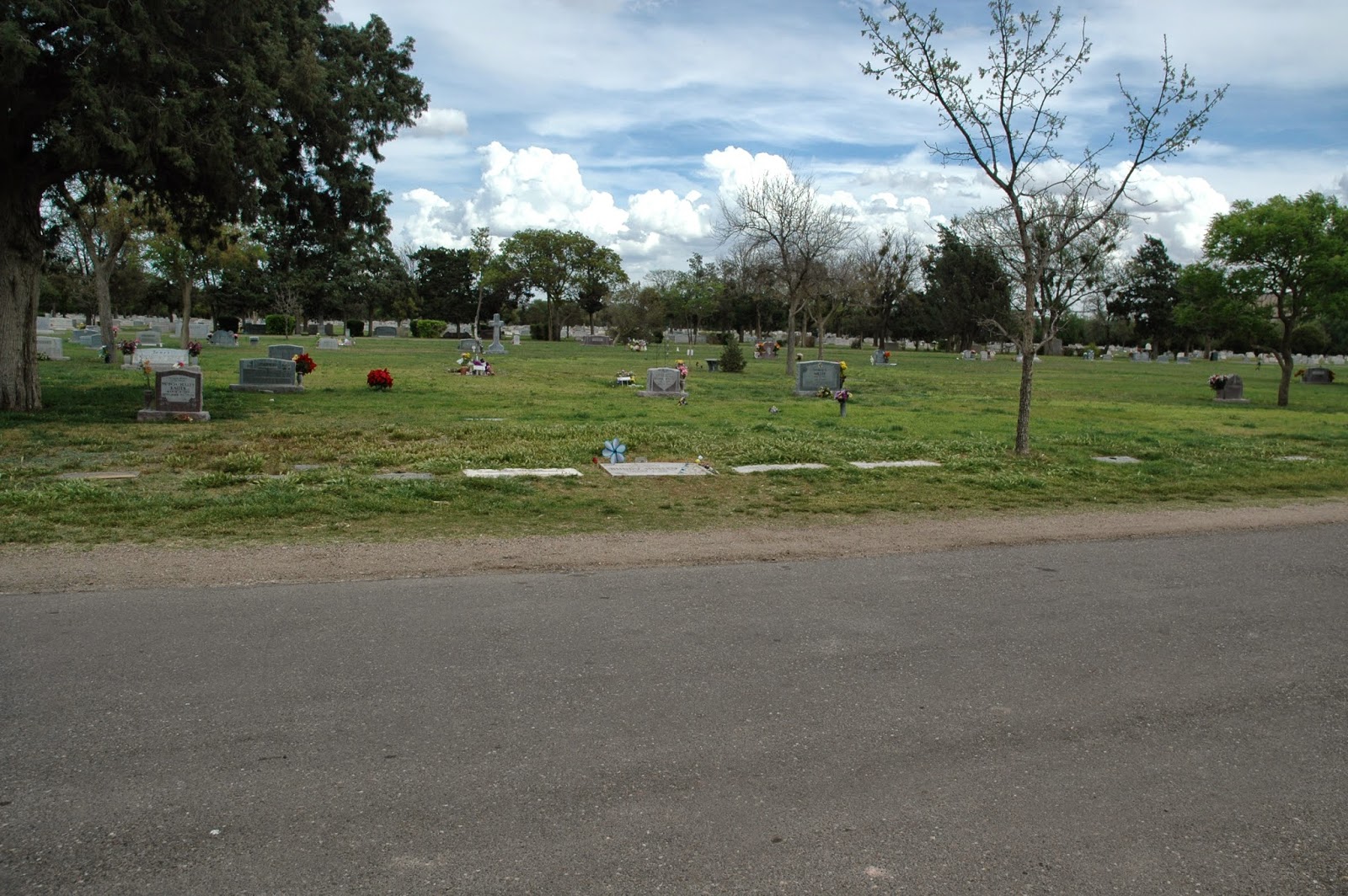 The docent at the Buddy Holly Center said his real name was spelled Holley, but it was printed Holly on his first Decca Record contract, so he continued to spell it that way. 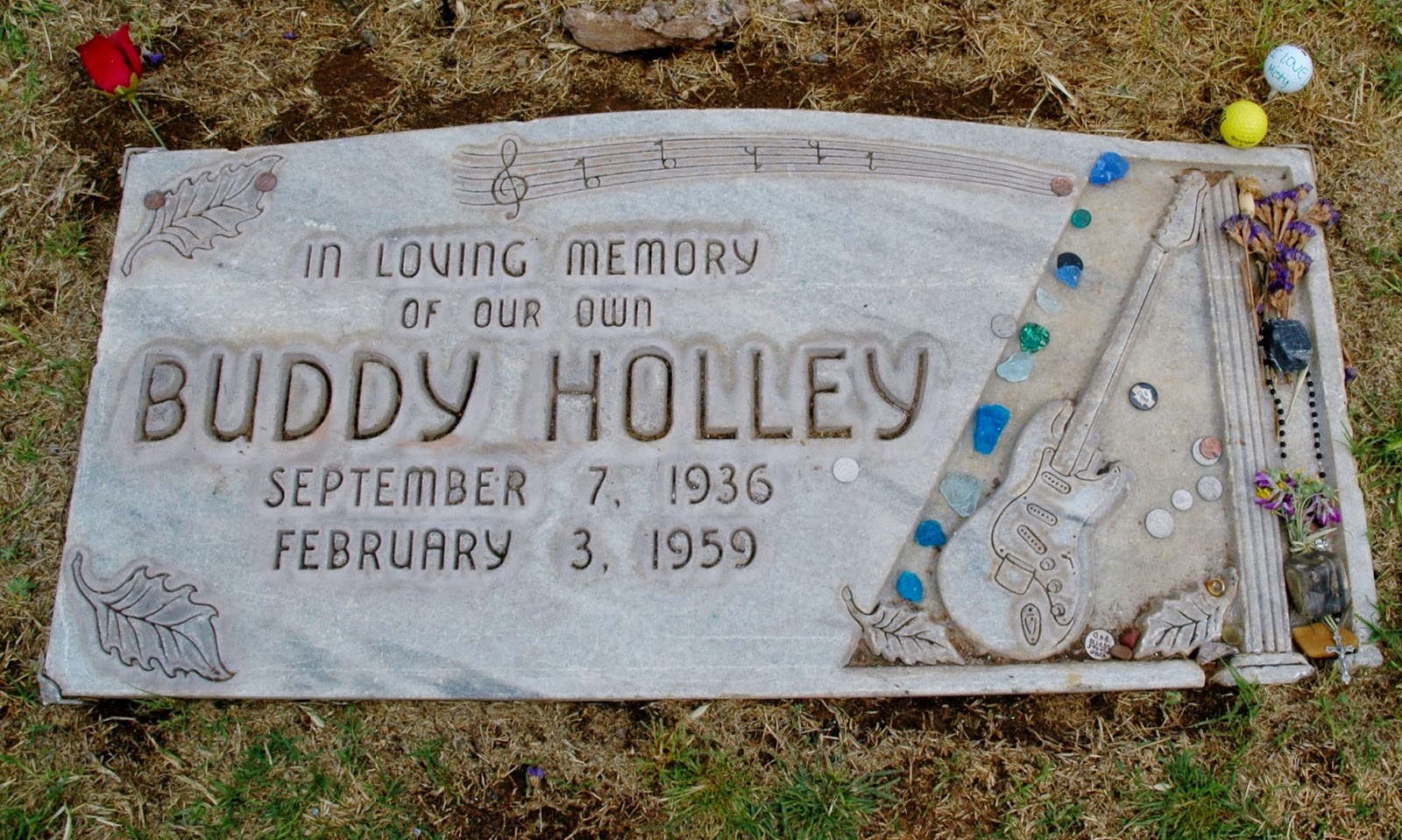 Leaving the cemetery at 3:30, with still a couple of personal errands to complete, made for a full day.  On our list of places to see were a World War II glider museum, a wind mill museum, a functioning drive-in theater, and an art museum. Guess we will have to return to Lubbock someday.  The return to our camper gave us one more delight for the day. 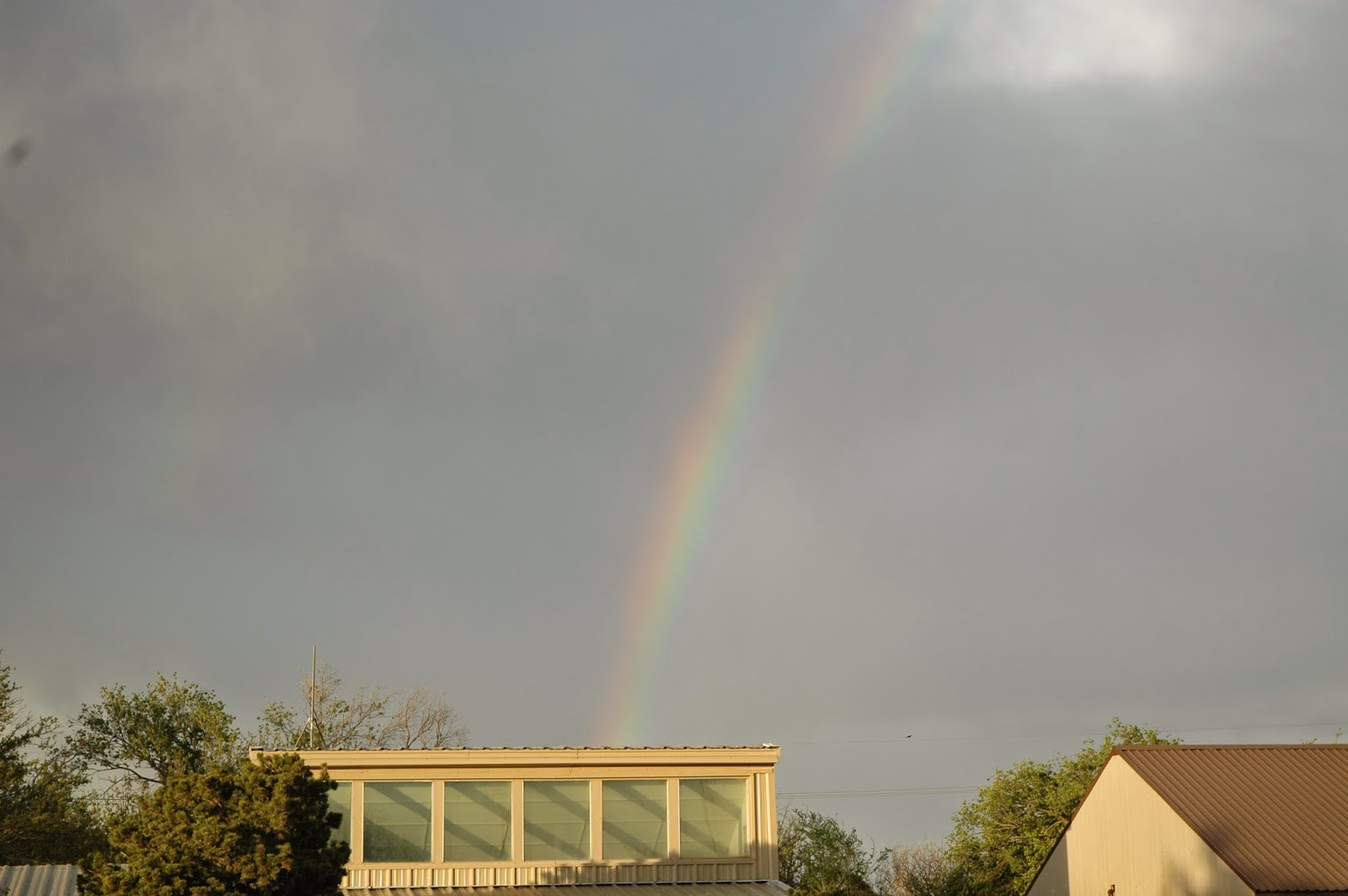 It was a double rainbow, but by the time I got out the camera, only one was left.