The Beach and beyond

Visiting Naples, Florida always includes as many days as possible at Barefoot Beach in Bonita Springs. This State Preserve is only about 5 miles from John's condo and one of Linda's favorite places in Florida. The beach is seldom crowded during the week and is a treasure trove for bird life and shelling. Last week we spent some of each day there. 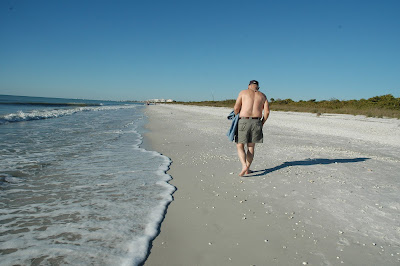 Thursday, our first walk there, had many osprey and brown pelican sightings. The osprey don't seem to mind people being near them or their nests and the preserve provides many nesting posts just off the beach. 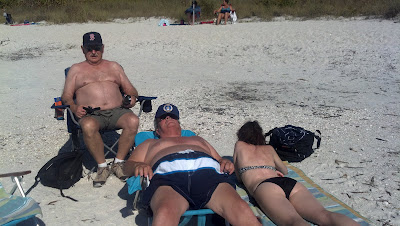 OOPS, my pictures are out of order. This was Saturday after Bec arrived on a morning flight. Her first request was for sun! 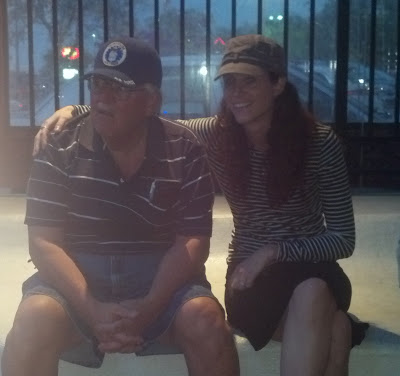 Saturday night we went to Iguana Mia, a Mexican restaurant , for dinner. Caught a poor picture of John and Bec while we waited for a table. Food was great as usual. We had to keep up our strength for the Pat's game the next day. Sunday was a pool morning with the game at 3:00 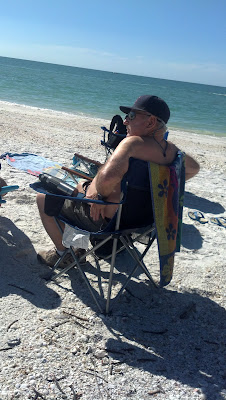 This was Friday at the beach. Tough life down here.


On Monday we left John's for some camping further north. Bec was leaving Monday afternoon and other friends were arriving at John's later in the week, so we got our camper out of storage and headed to Withlacoochee State Forest, 50 miles west of Orlando.

Arriving at the Cypress Glen campground at Silver Lake area of this State Forest found the campground almost empty. Apparently, the price of camping was doubled last November, and many long term campers have found cheaper places to camp. Great having such a private park.

There are several trails from the campground so naturally we explored some of them. First one out was called the "Low Water Trail" 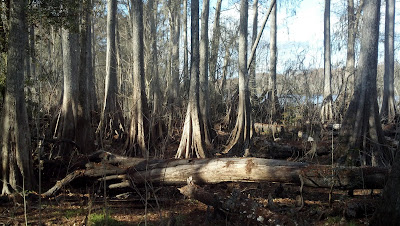 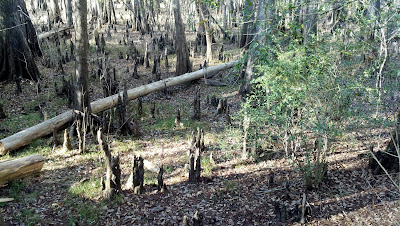 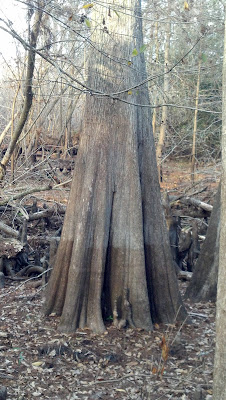 With the high water mark obvious, I was glad it was low water season 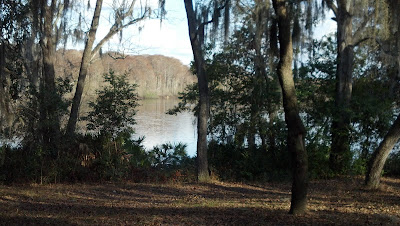 View of Silver Lake from the campground 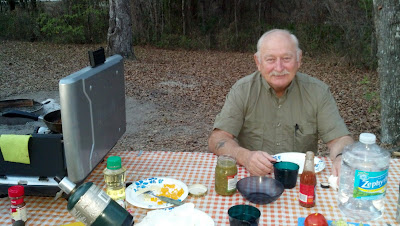 Marlin finishing breakfast at our campsite
Posted by cooktravelogue2007-8.blogspot.com at 10:43 AM