We had an uneventful trip from Maryland down to Naples, Florida where John Miles is enjoying the benefits of Florida living. The temperature was about 75 degrees for several days after our arrival, dipped into the 50s for a day but was back in the 70's again today.

John's condo development has over 2 miles of paved walking trails that wind around two man made ponds and a small marsh. I could not help but take pictures again of all the magnificent blooming plants along the walkways. 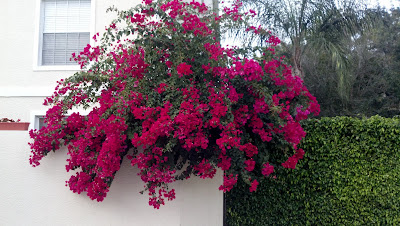 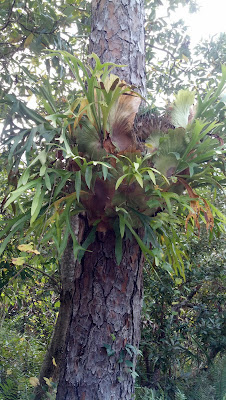 I take a picture of this stag horn epiphyte every time I come here. It never ceases to amaze me. 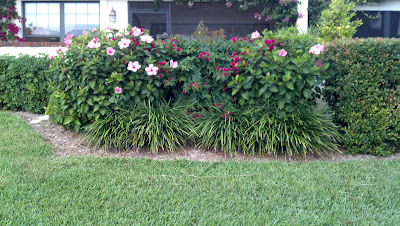 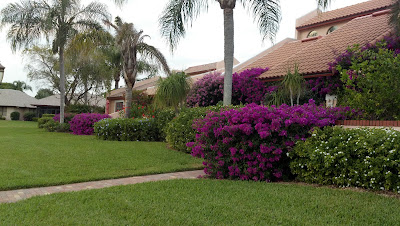 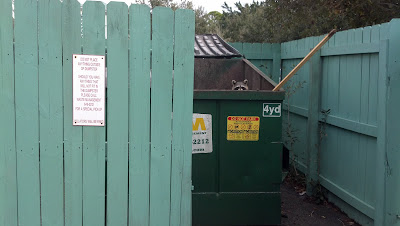 Yesterday when we started out on a walk we saw our first wildlife of the day!


Today we went to Koreshan State Historic Site in nearby Estero. This 300 acre park has the usual camping and boating on the Estero river, but also contains the Koreshan Settlement Historic Site. Established here in 1897 by a man named Cyrus Reed Teed, this religious community arrived here from Chicago looking for a location where they could be accepted for their views.

The Koreshan Unity was founded on the ideas of communal living and property and a belief in Teed's theory that the earth was a hollow sphere and humanity lived inside that giant sphere. When the members arrived in Florida this area was a wilderness. They laboriously created several beautiful buildings and elaborate gardens. At one point the settlement had over 200 member. When the sect declined to only a few members, the land was donated to the State of Florida in 1961. Today, there are volunteer docents at several of the buildings who willingly share their vast knowledge of the community and the buildings that remain on the property. 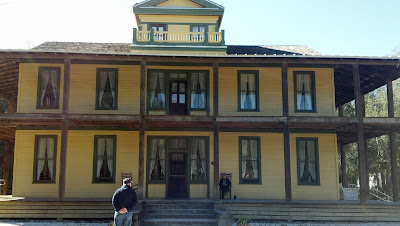 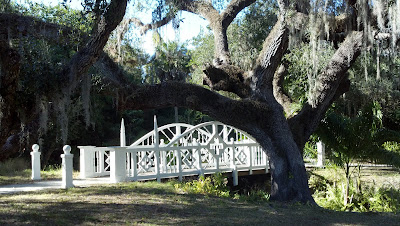 A beautiful bridge leading to Monkey Tree island, which was part of the gardens 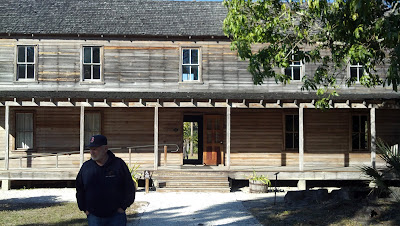 Founders House (Cyrus Teed) built n 1896. This was the first building built by the community. 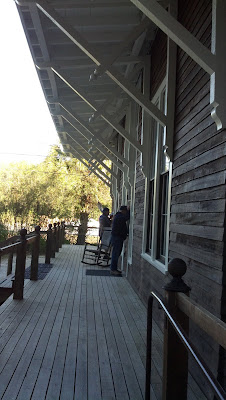 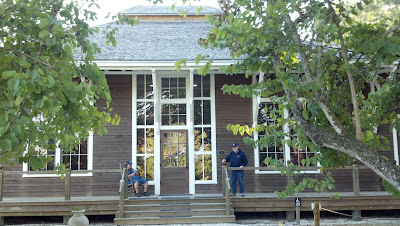 The Art Hall ca. 1905. This was the center for cultural, social, educational, and religious activities. Theatrical productions, lectures and musical events are still held here today.

The use of shell paths throughout the settlement was functional and aesthetic. The shells reflected light in the evening and also made a firm walkway. They also provide a nice crunch under foot when you walk. An interesting historic place to visit.