Homosassa Springs Wildlife Park is situated around the 55 foot deep spring that is the headwaters of the Homosassa River. This spring is one of the areas where the endangered West Indian Manatee come when cold weather hits southern Florida. These slow moving gentle mammals cannot tolerate water that is below 60 degrees, so when water temperature drops, they migrate to one of the many warm water springs that exist in Florida. The springs, which bubble up from the aquifer that exists below the state's limestone bedrock, provide water that is a constant 72 degrees.

During the 1960's the spring area contained a zoo-like park which exhibited exotic animals like lions, bears, hippos and monkeys. When the owner realized it was no longer a profitable venture, it was sold to Citrus County. In 1989 the Florida State Parks purchased the park from the county with the plan of making it a site where only native Florida animals and plants could be seen. 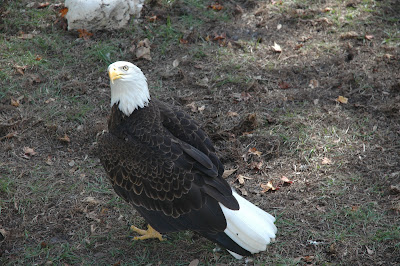 The park has several disabled eagles as permanent residents 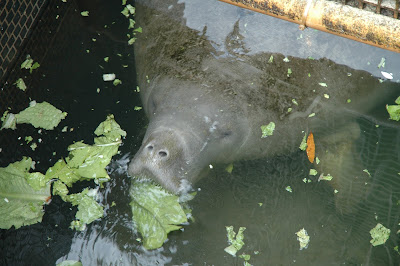 There are several resident manatees that live permanently here at the park. They live in a separate area from where the wild manatees are allowed to come into the spring. We were there at feeding time. Romaine lettuce seems to be one of their favorite dishes. 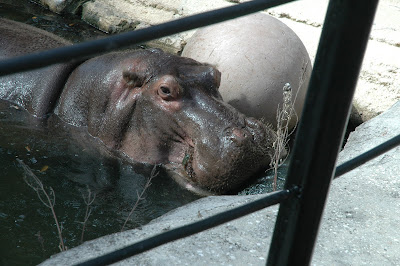 This is Lu, the only non-Florida native animal still living in the park. When Lu was about 46 and the last exotic to be removed from the park, a group of school children managed to get the park service to grant her permanent residence. The day after we were there, January 26th, she was celebrating her 52nd Birthday, complete with a visit from school children and a cake made just for her. 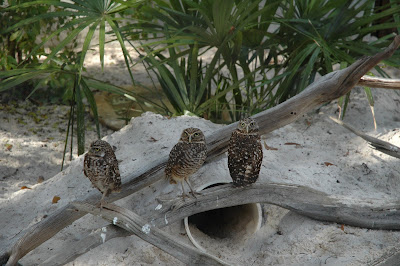 These burrowing owls live in burrows made by the endangered gopher tortoise. They are about 10 inches tall. 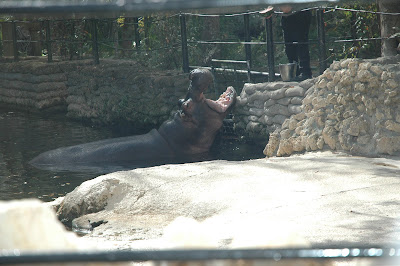 Lu is getting some watermelon during the hippo program. The ranger said she was glad there was watermelon today because Lu did not like cantaloupe and would not come over if she knew that was what was for lunch. 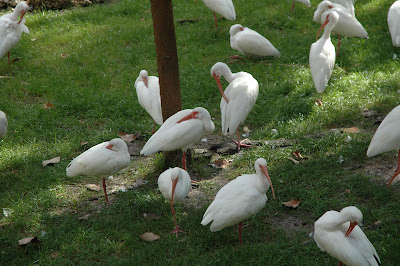 A flock of ibis. We decided they must clip the wings of the birds here so they could not fly away. 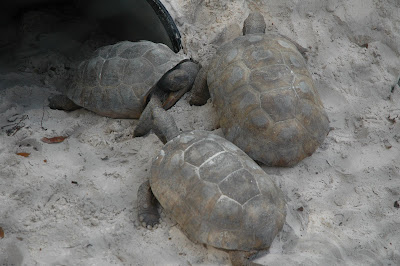 The endangered gopher tortoise who's burrows provide homes for lots of other animals. 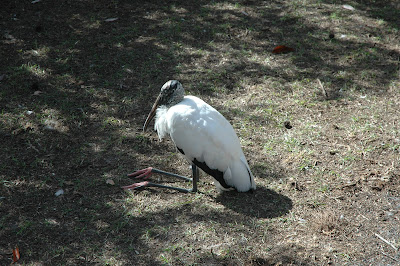 There was a small group of storks at this park. Several were resting like this. They don't look too magnificent in this position!

The park was still set up like a zoo with small enclosures for the animals. After seeing many of these birds and animals in the wild, it was sad to view them penned in.
Posted by cooktravelogue2007-8.blogspot.com at 8:30 PM