The opening of the new Sea Turtle complex on South Padre Island was cause for another trip with Ken and Terry Smelcer.  The Sea Turtle Inc. assists with conservation programs that include monitoring and protection of major nesting sites.

This non-profit entity , based on south Padre Island, was founded in 1977 to rehabilitate injured sea turtles, educate the public about endangered sea turtles, and to assist with conservation problems to help populations of sea turtles recover.

The facility has been housed in a small building containing 8 large and 8 small tanks where different species of sea turtles are able to recover from some type of trauma.  Some of the problems were caused by people.  Turtles being tangled in fishing line or equipment, damage from boat propellers, or caught in fish traps.  Sea turtles are also debilitated from cold weather, ocean predators, or creatures attached to their shells. 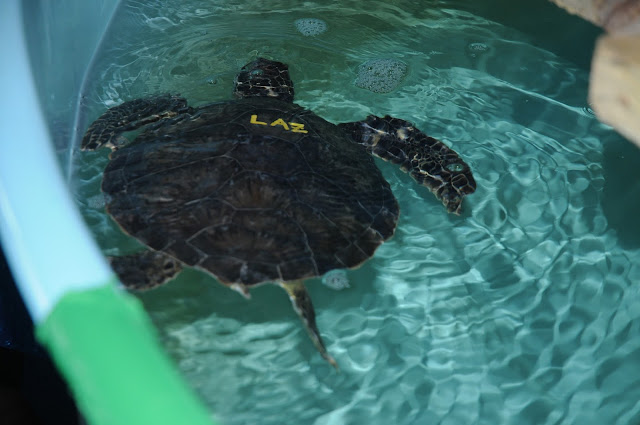 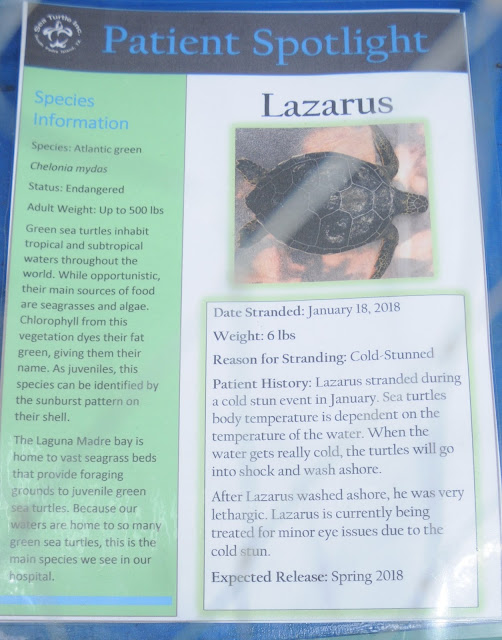 Each tank gives a description of what happened to the turtle and expected outcome. 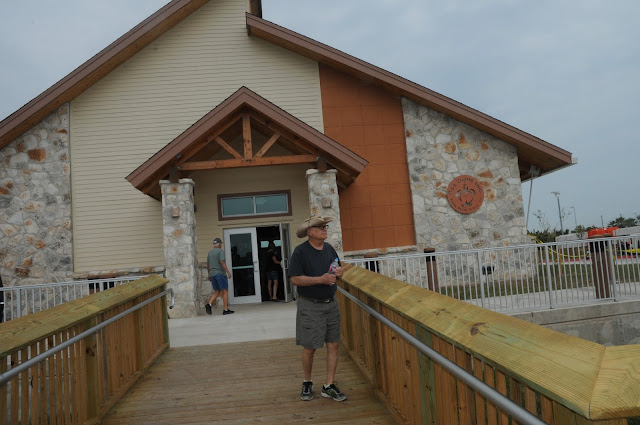 This beautiful, spacious building is the new section of Sea Turtle Inc 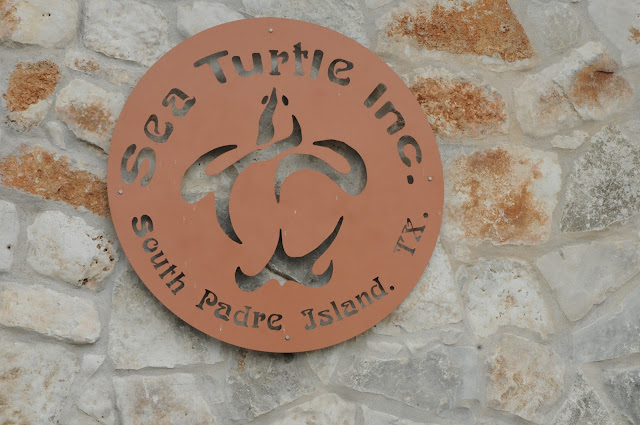 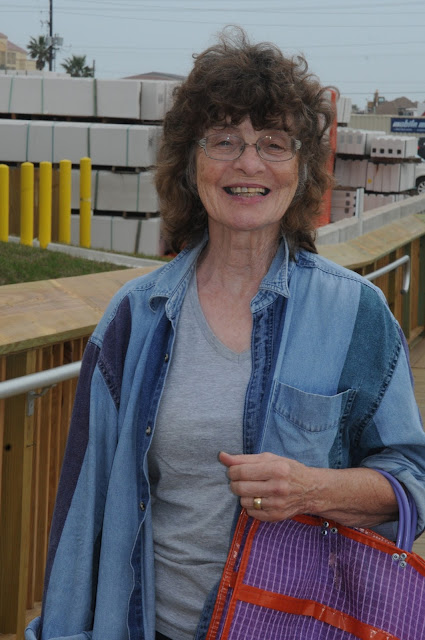 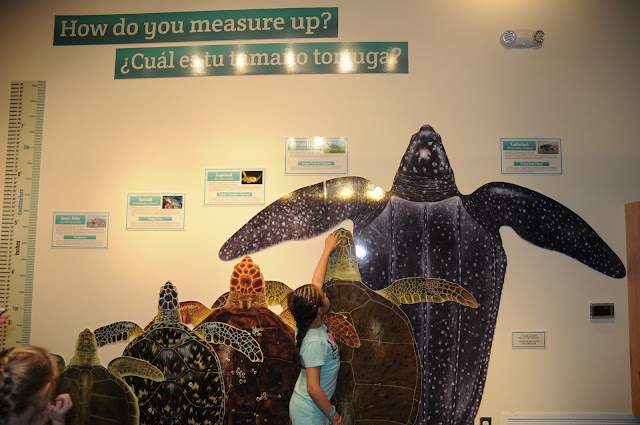 The front section of the new facility has areas for programs, educational displays, a gift shop, and a wonderful 8 foot aquarium. 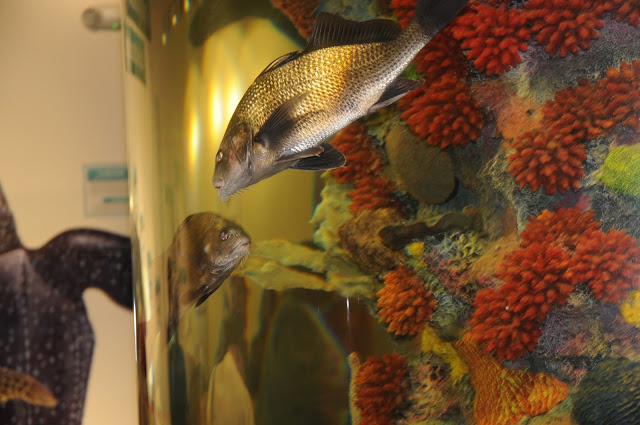 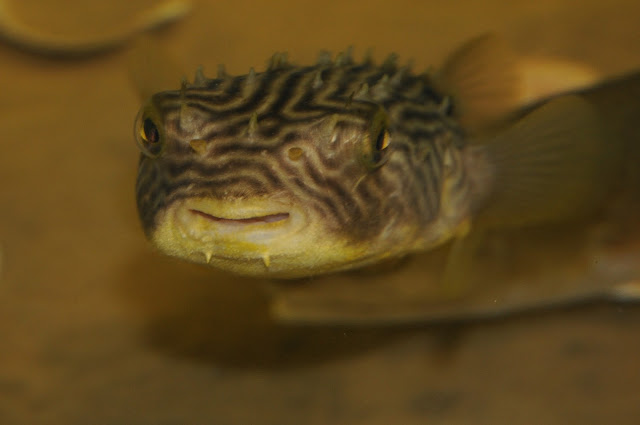 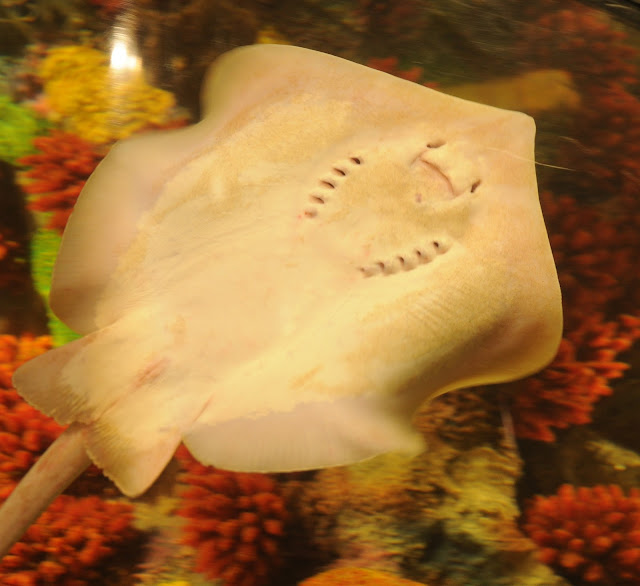 The belly side of a sting ray. 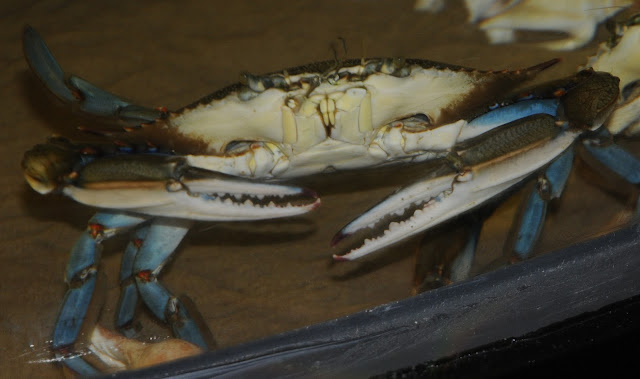 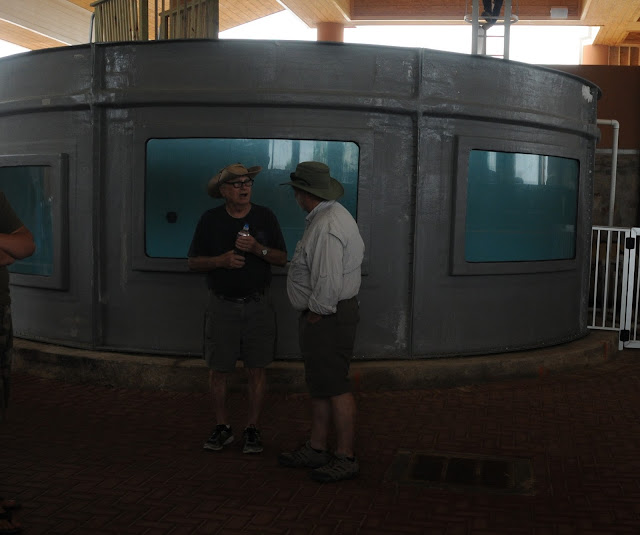 The back section of the building holds 5 huge tanks for the resident sea turtles that cannot ever be released due to their injuries. 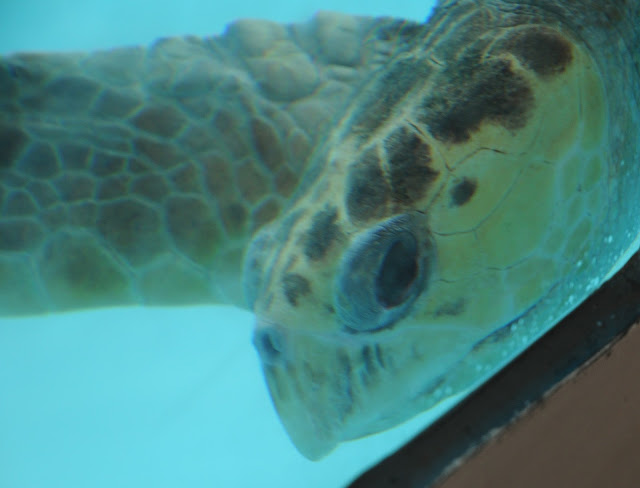 This big turtle cooperated by swimming right up to the glass.  Most of the other turtles choose to stay at the rear of their tank. 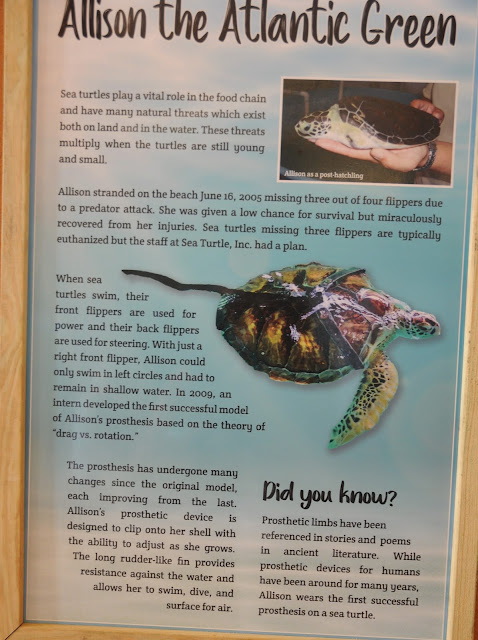 Modern technology was able to save this turtle, who was found with three missing flippers. 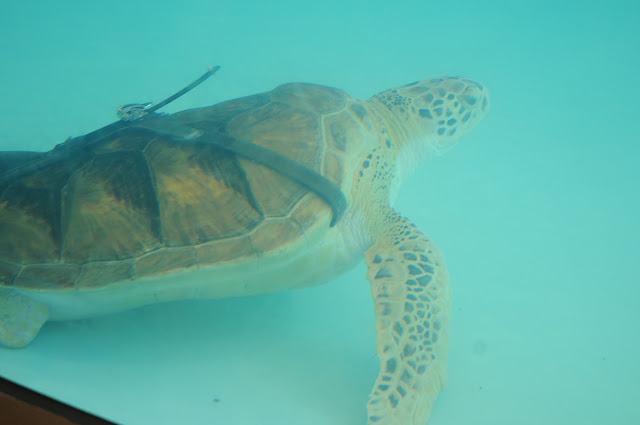 The strap on apparatus is made to clip onto her shell and can be adjusted as she grows.  Obviously this turtle will never be released, but now she has a huge new tank to swim in.


After touring the new facility we went next door to the South Padre Island Birding center which maintains miles of boardwalk. 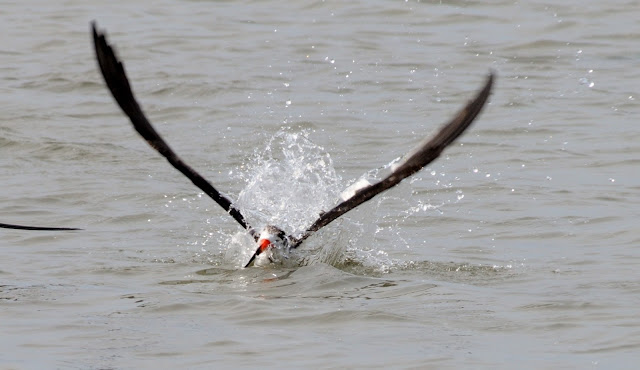 A Black Skimmer taking off. 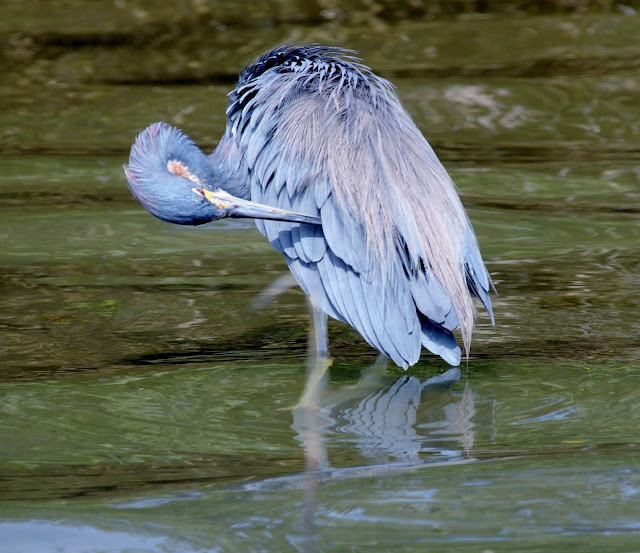 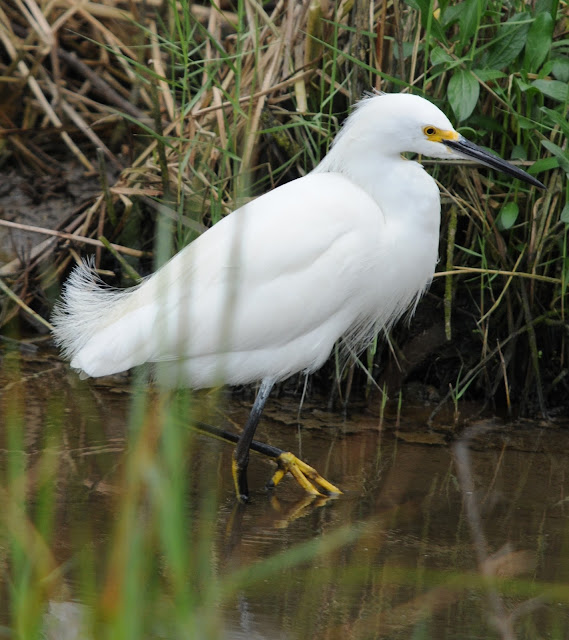 Snowy Egret with his yellow feet, known as  "golden slippers" 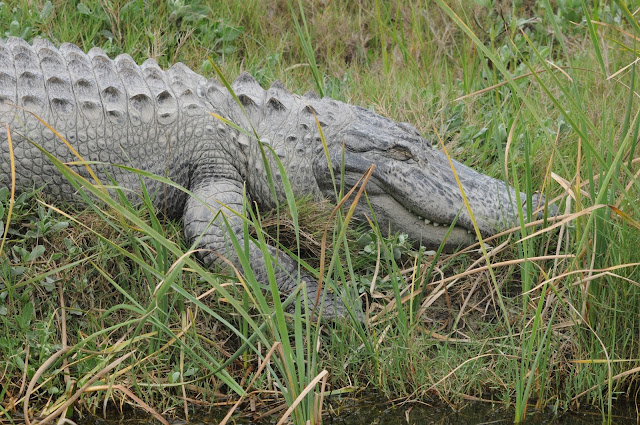 At the end of the last boardwalk.  I think this big fellow just finished lunch.