Since I put up a bird feeder right outside our door, we have had  many visitors. 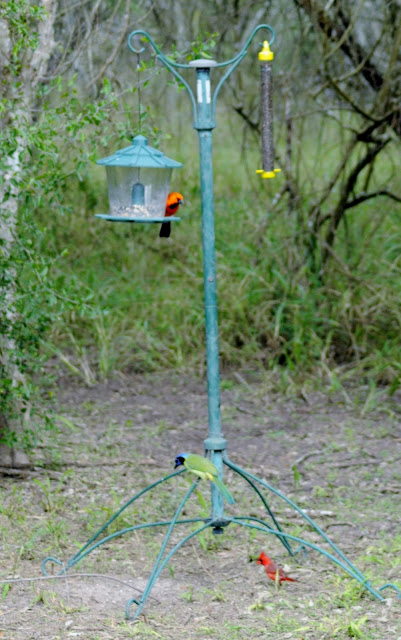 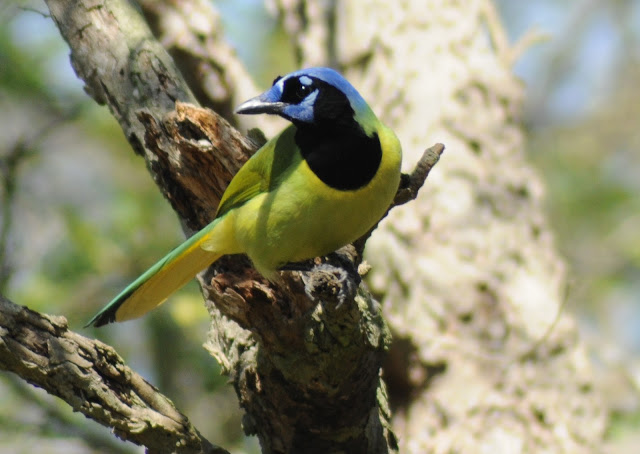 The many colored Green Jay.  As frequent here as blue jays are at home.  These Jays only come a very short distance over the Mexican border into South Texas 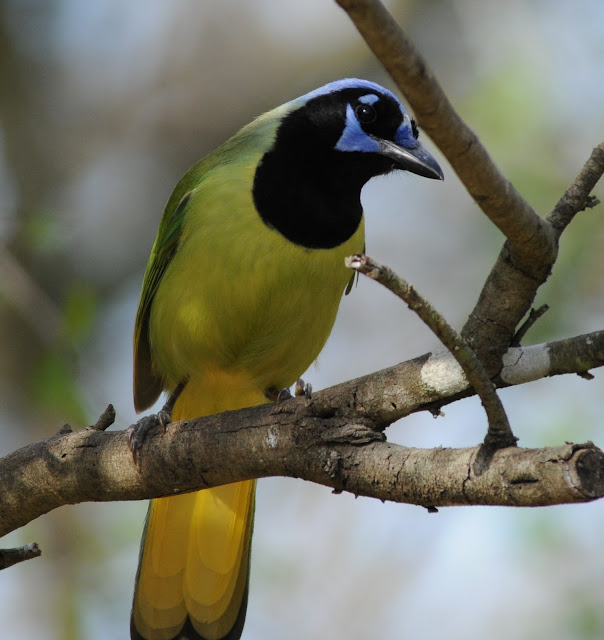 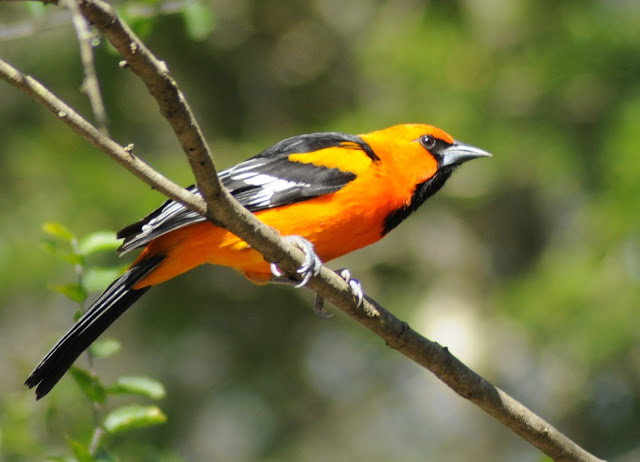 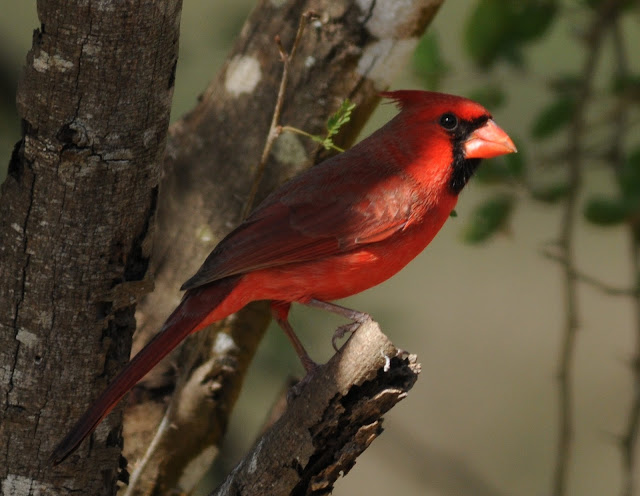 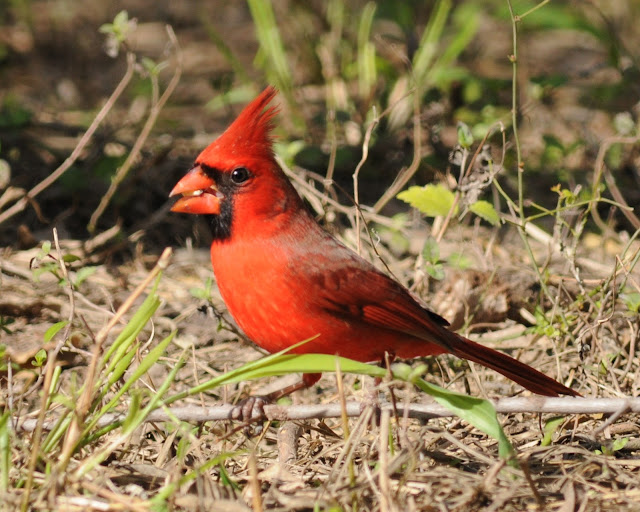 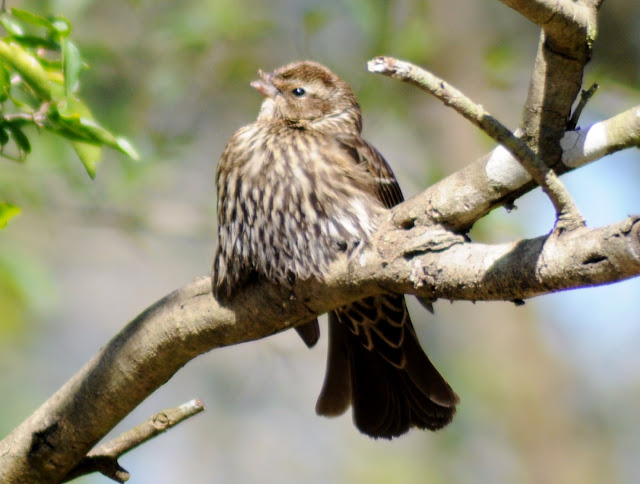 And this lonely female Red Wing Blackbird. She comes to the feeder every day by herself.  Unusual for a blackbird.   Not sure but I think she has something wrong with her beak.

After a couple of weeks working, experimenting with a new camera, and settling in to a schedule, we are beginning to enjoy a few outings. 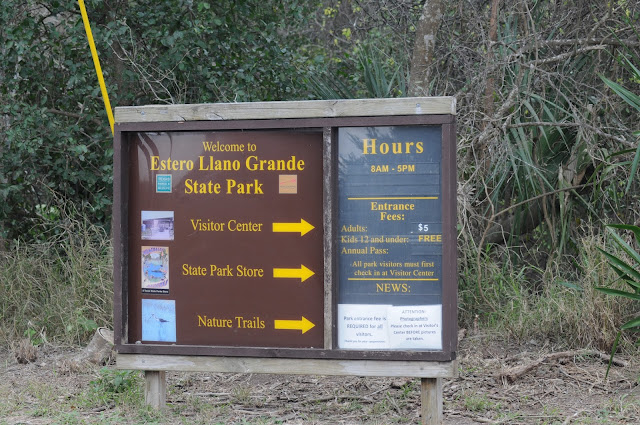 Estero Llano Grande is a popular State Park and World Birding Center, about 40 miles west of Brownsville.  They have an organized bird walk on Saturday and Wednesdays.  Since we are usually working on Saturday, our option was for Wednesday. 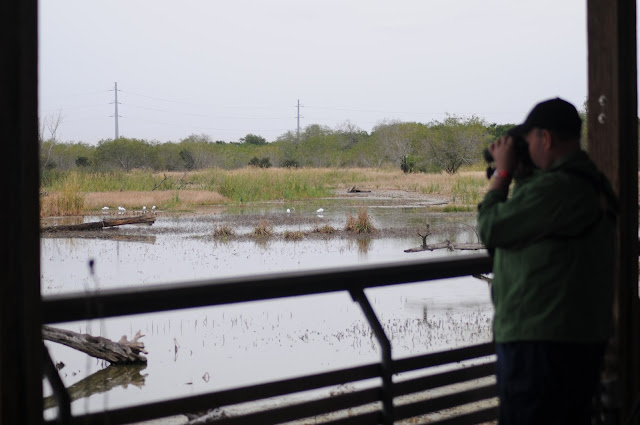 The narration starts at the visitors center on the outside deck.  The pond here is usually full of a large variety of ducks and wading birds. 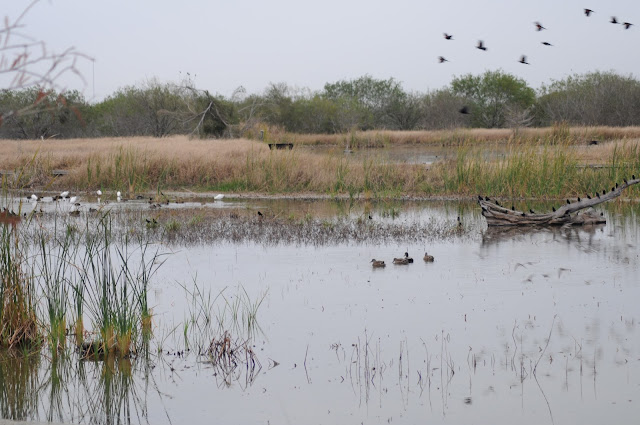 We met our friend Peggy Rudman there, along with about 8 others, and  enjoyed two hours of good birding. 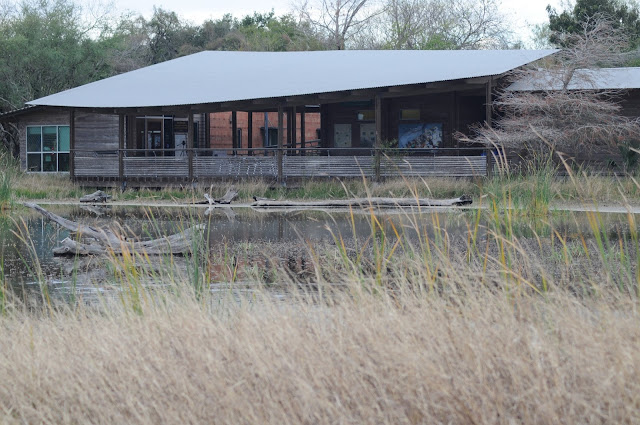 The roof looks like it needs help, but it was built that way so all the run-off from rain would go into the pond

I was very disappointed with my pictures from that day.  There were some good sightings of distinctive birds, but my shots were less than great.  Mostly deletes, just one worth keeping, but still not too sharp. 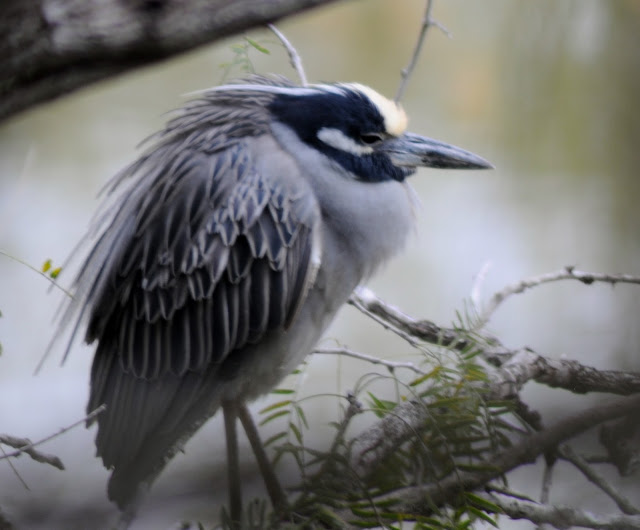 
Last Tuesday, a friend sent us information about the Hummingbird banding in a near by town.  Hard to get ready at 7 AM on one of our days off, but I convinced myself it would be interesting, and it was.

Kelly B. Bryan (www.westtexashummingbirds.com) a Hummingbird bander is from Fort Davis, TX.  He travels the state giving demonstrations and compiling extensive data on hummingbirds.

Imagine putting a band on the leg of a humming bird! 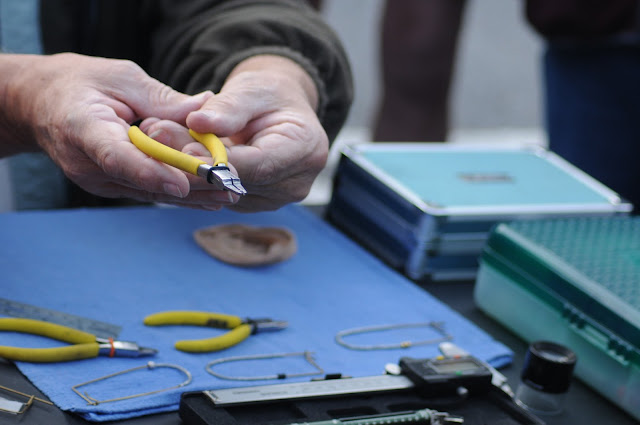 Specialized tools are needed for each size humming bird.  The pliers are made so it is not possible to squeeze the birds leg to tightly. 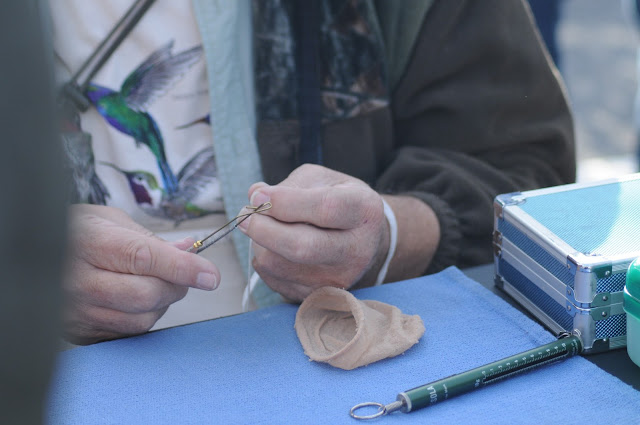 The tan sock is used to hold and quiet the bird while it is banded, measured, and weighed. 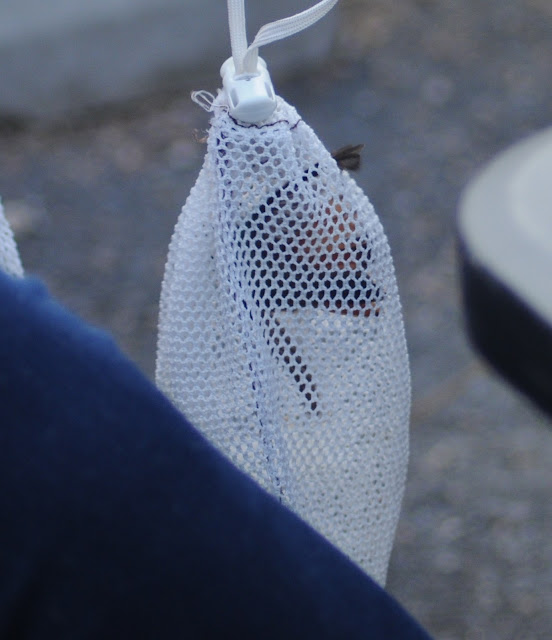 After the birds are caught in a net, they are put in these bags before they are measured and weighed. 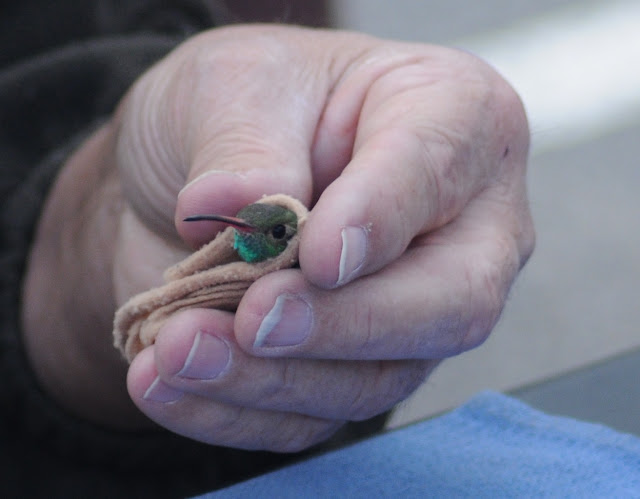 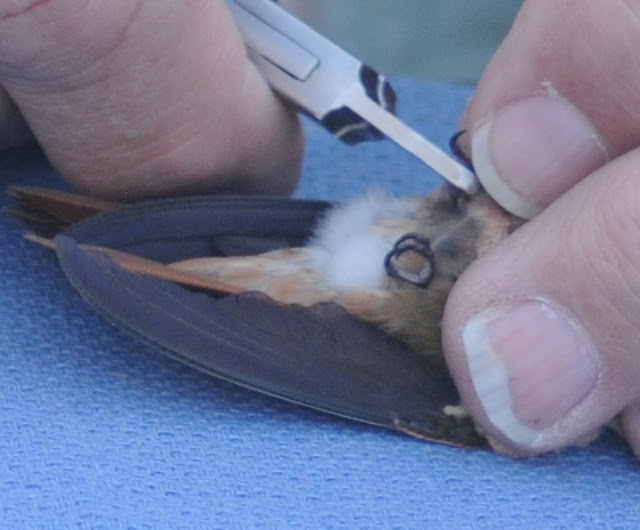 Each band is numbered and recorded along with weight and measurements 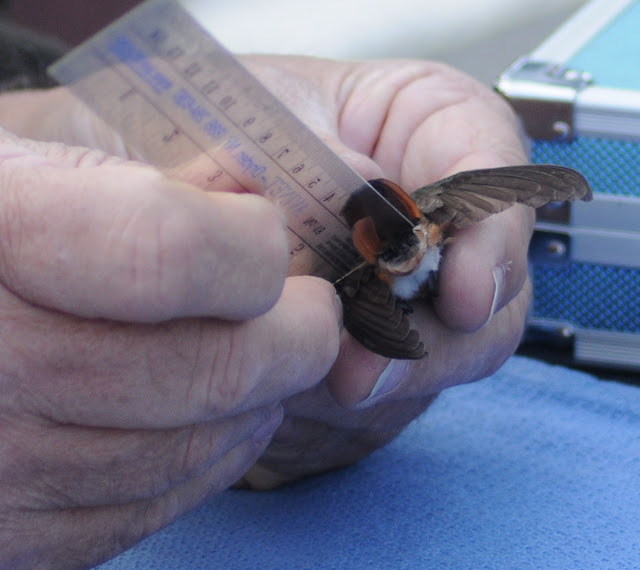 The tail and wings are measured 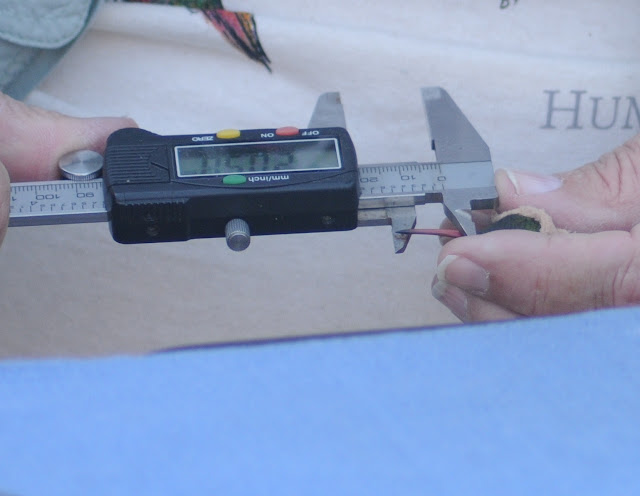 And the length of the beak 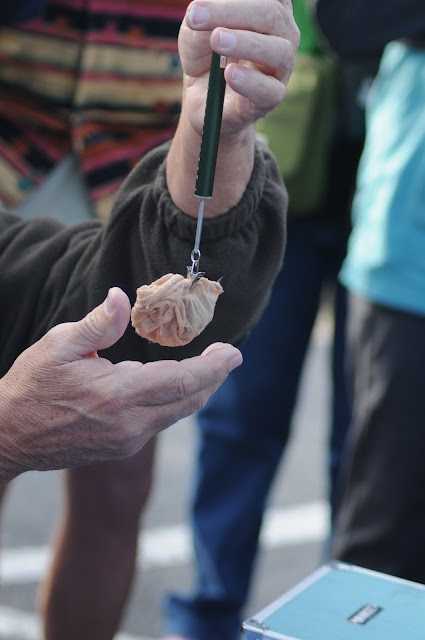 Wrapped up in the sock, the weight is recorded 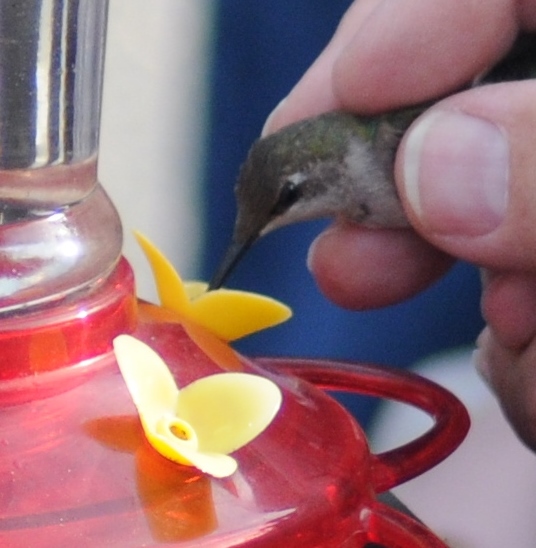 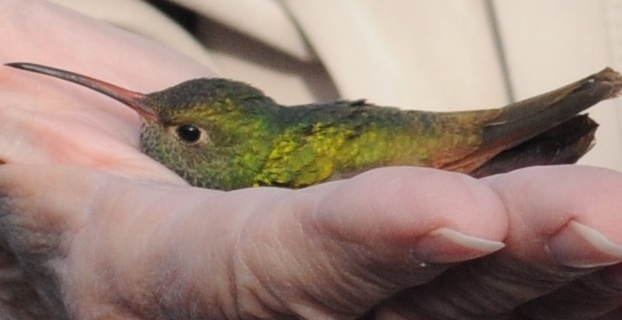 When all the data is collected, he places the bird in the open hand of a spectator.  Sometimes the bird flies immediately, and sometimes it will sit quietly for a few moments. 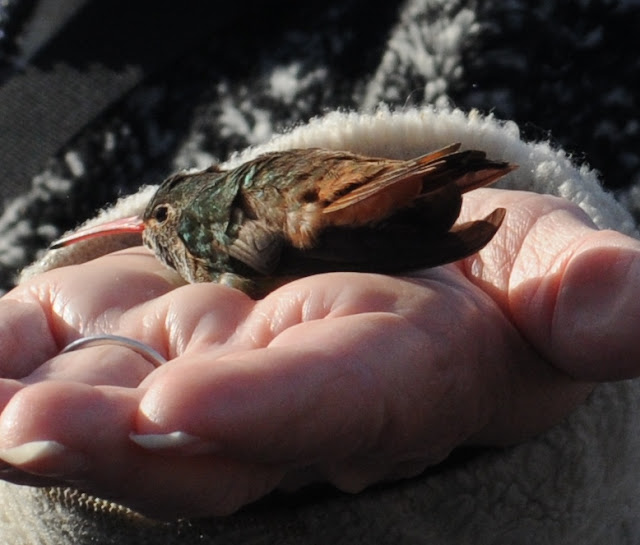 All the data goes into a national database, which allows tracking of individual birds, if and when they are caught again.  None of the birds caught this day had been previously banded.