Fredericksburg is a beautiful, well preserved city that was established in 1846 by German immigrants. That German heritage is still very apparent today.  Dozens of buildings, constructed from local limestone rock or oak logs, that were built in the 1800's are beautifully preserved and are currently in use.   This is the second time we visited this City and it probably won't be the last.


Our first day in town we located the Visitors Center and learned about a City walking tour being held that very evening at 4:00.  While waiting for the tour to begin, we found the Fredericksburg Pie Company and sampled some of their pie. 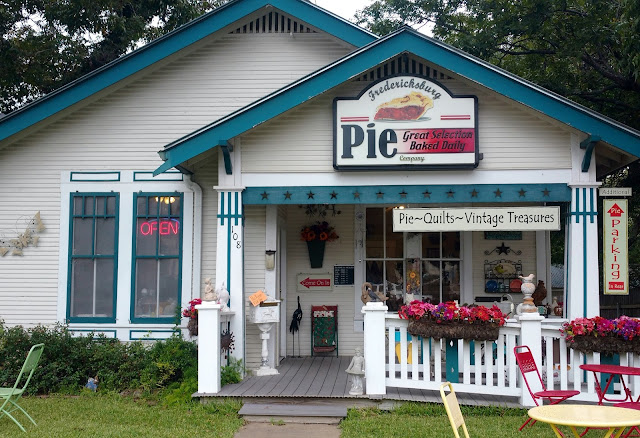 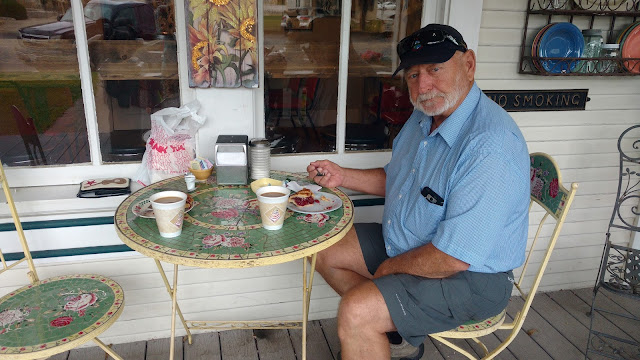 Cherry Pie the next morning.


The walking tour began at a small house built in 1880 and is open to the public as an example of  what is historically called a "Sunday House". 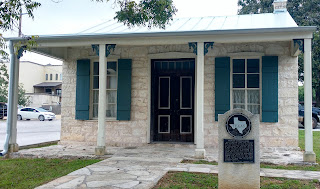 When the town was developed, each emigrant was deeded one town lot and an additional 10 acres of farmland outside of the town.  Apparently, as farms grew, families spent the week days on the farm, but came to town on Sunday for church.  Even into the 1930's and 1940's some farmers continued this practice and the term "Sunday House"  now describes many of the small dwellings within the City limits.


The tour was given by a retired school teacher, and her knowledge and recall of the people and history of the area was amazing.  We walked at least 4 miles and viewed 30 or more historic buildings where she could quote names and dates of the original inhabitants, along with their type of business. 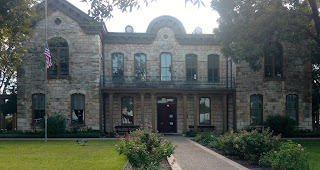 This beautiful limestone building, built in 1881, was the County Court House up until 1939.  It now houses the Fredericksburg library. 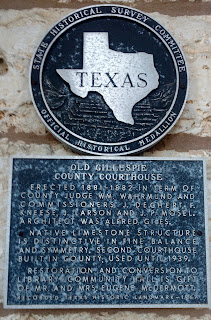 Many of the dwellings we viewed had this type of historical marker.

We unknowingly arrived just as the annual Oktoberfest was about to begin.  My favorite sign seen along the sidewalk in front of a clothing store!.  Any, yes, they were giving out free cans of beer if you came in to check out the store.. 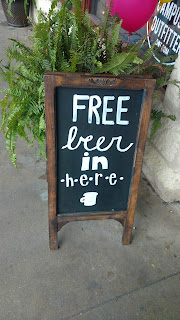 We were advised to attend the Oktoberfest on Friday night, because they were expecting 20,000 people over the weekend.  Several blocks of the city were closed off to foot and vehicle traffic.  Rotating bands played in four separate areas, there were multiple tents for artisans to sell their products, food courts in various locals, and strolling acts throughout the venue. 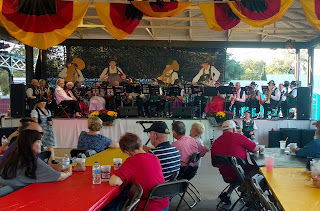 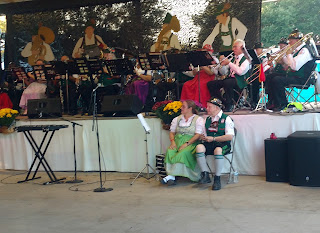 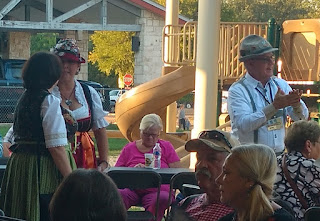 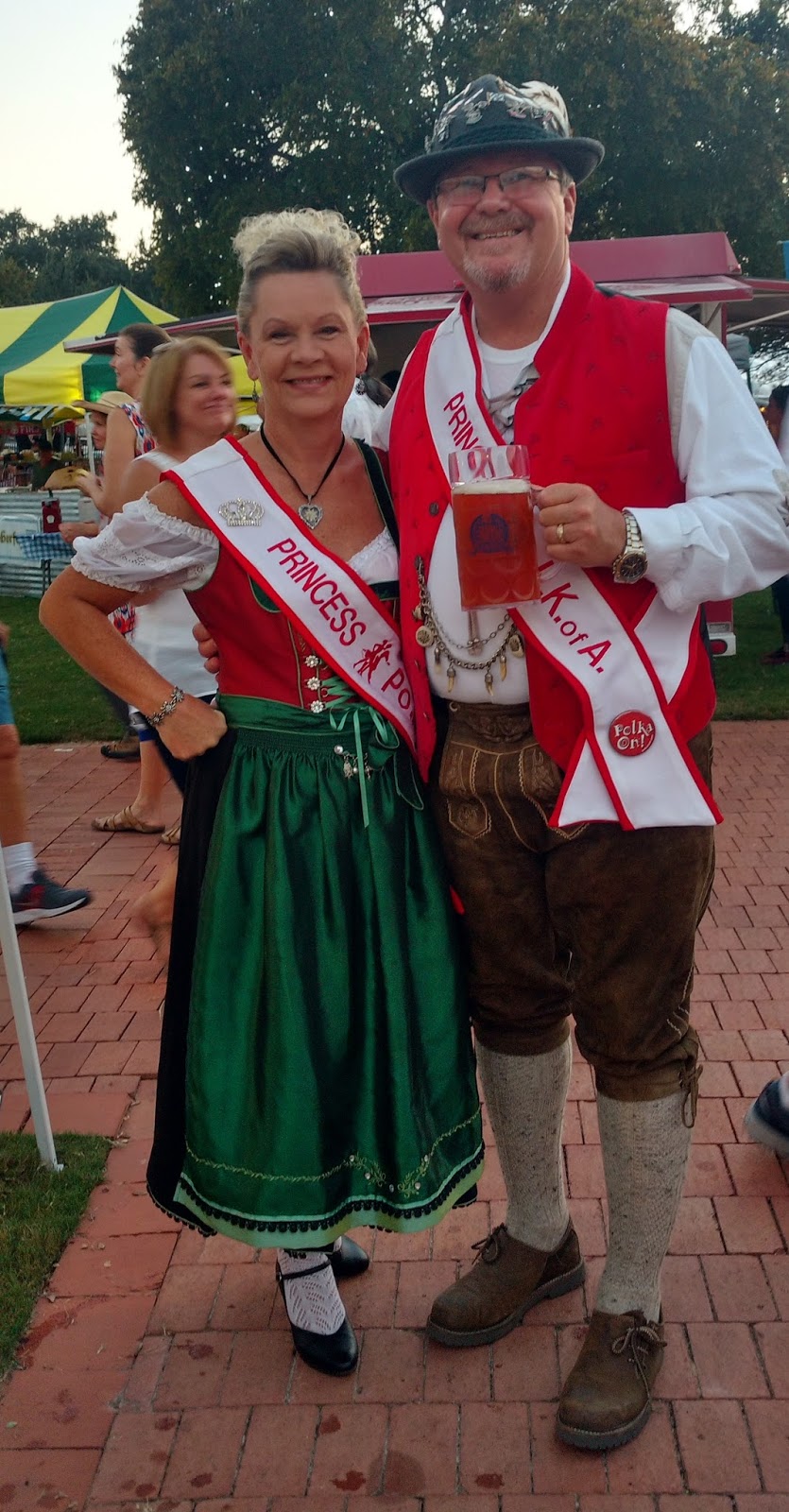 The stilt wearing clown wandered in and out of the tents and played practical jokes on patrons. 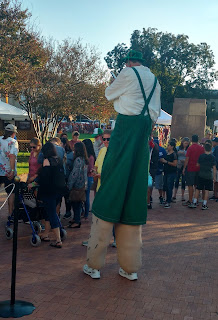 Strolling musicians entertained while they walked and talked to people. 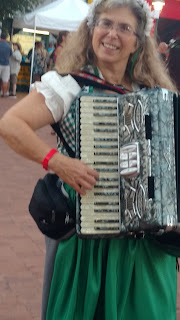 Great spot to have a picture taken.  Marlin refused to pose but  this young man didn't mind. 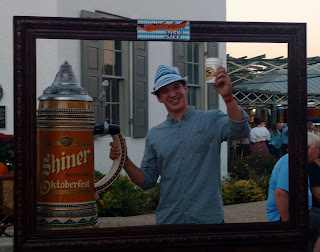 Food was, of course, German.  Opa's is a local sausage company.  Our dinner sampled some of the Bratwurst and Jalapeno sausage, but later that night when we were hungry for desert, nothing sweet could be found. 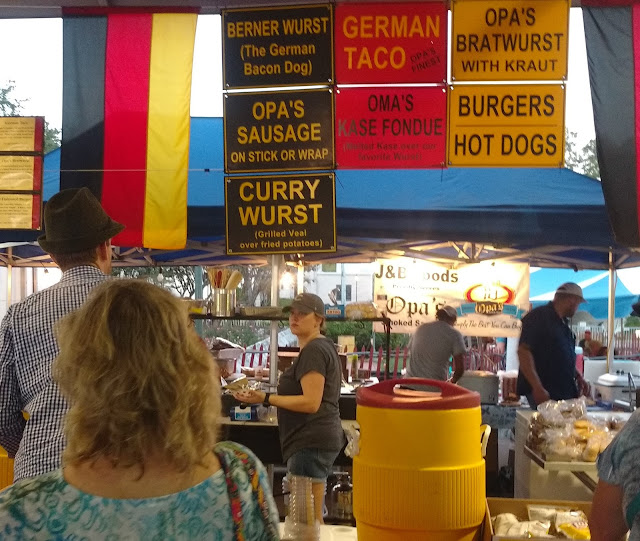 The main event was naturally BEER.  The entire length of this bar showcased 50 different beers. 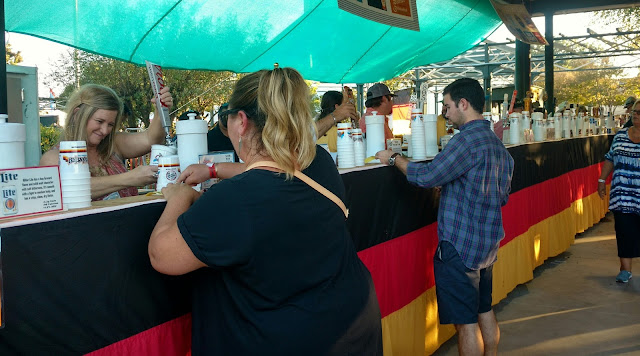 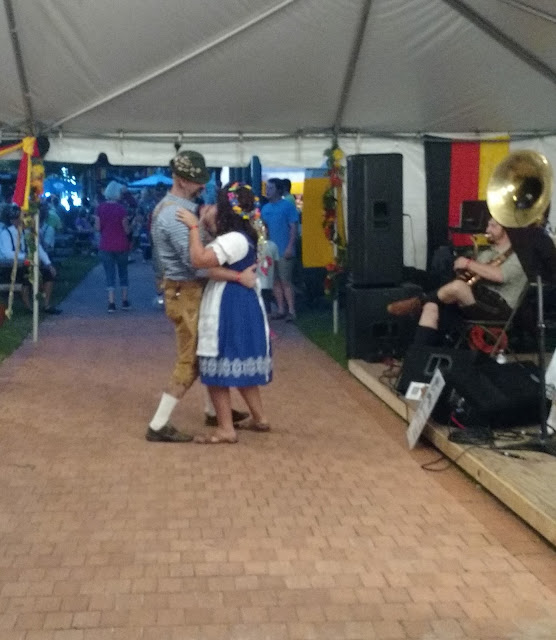 Entertaining evening, and the beer was great.

Much more to see and do in this charming City.  Last time we visited we spent two days at the Nemitz Pacific War museum, which was excellent.  Also, lots of fun shopping, or just looking in the  varied assortment of shops along Main Street.