Between visits with relative and friends, a few local points of interest were squeezed into the week.  A few extra hours on Friday morning left time for a visit to the Rock Island Arsenal Museum.  The Rock Island Arsenal is the largest government-owned weapons manufacturing arsenal in the US,  It has been manufacturing military equipment and weapons since 1880.  Located on an island in the middle of the Mississippi River, it was originally established as Fort Armstrong in 1816.

The museum on the arsenal is nationally recognized for its impressive arms collection, numbering more than 1,100 firearms used by the military, as well as other foreign, civilian and military. The collection includes at least four weapons that were used by the Sioux or Cheyenne at the Battle of Little Bighorn. 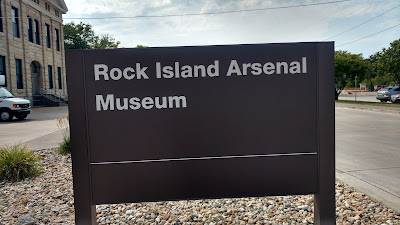 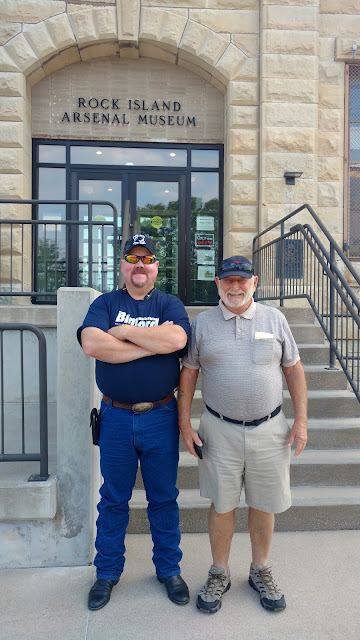 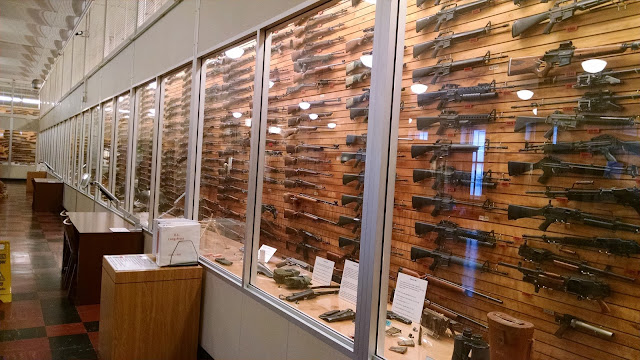 In addition to this wall, the display cabinets continue the length of the back wall.  Twenty five percent of the collections small firearms are not on display.  Each section is color coded so you can identify the time period and origin of each gun.  Signs along the bottom note significant items.

During the Civil War a total of 1,964 Confederate prisoners were housed at the Rock Island Arsenal.  Mike is an avid Civil War buff and he knew some of the history connected with this chapter of the war.  According to Mike, there was a unit of soldiers who were "older"than most of the troops.  After one battle assignment, they were transferred to Rock Island to be prisoner guards.  This unit was nicknamed "The Gray Beards".  Today there is a small display regarding the prisoner camp that included some pictures of the compound.  According to Mike there used to be a large, complete diorama of the prison building complex.Today the only diorama is a layout of the arsenal buildings with pictures of their construction. 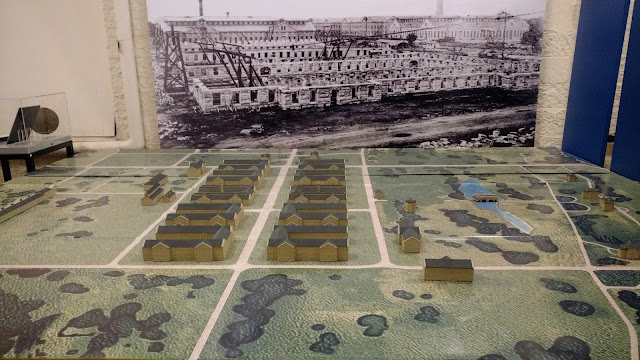 Current diorama and pictures of the building construction in 1832 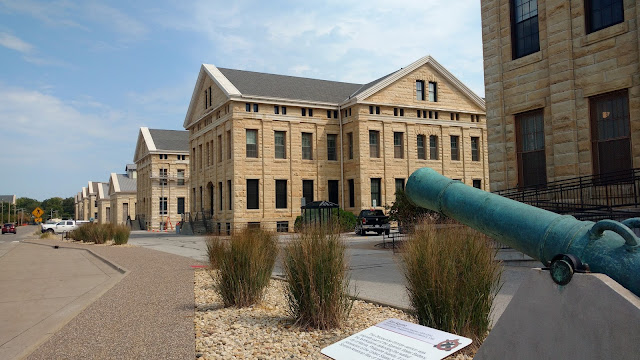 This is how they appear today

Buried in the military cemetery on Rock Island are 1,964 Confederate prisoners, 125 Union guards, including 49 members of the United States Colored troops, who also served as guards .  Most died from disease, since sanitation was primitive, heat and humidity were high during the summers, and temperatures during winters were freezing.  Also, in 1864 a deadly small pox epidemic raged through the prison.

A trip to Western Township Cemetery for a visit with Maynard, Georgia, and Maynie Cook was sad but brought out many good memories of all three.  Marlin shared some childhood stories with Mike about when he and Maynie were young and lived here in Moline, Illinois.  Mike was only 9 when his Dad was killed in a car accident. 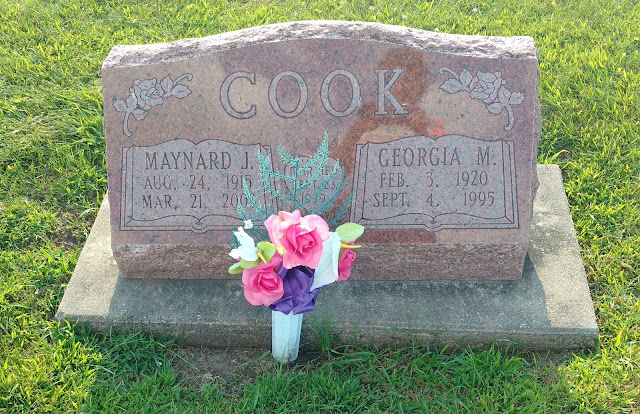 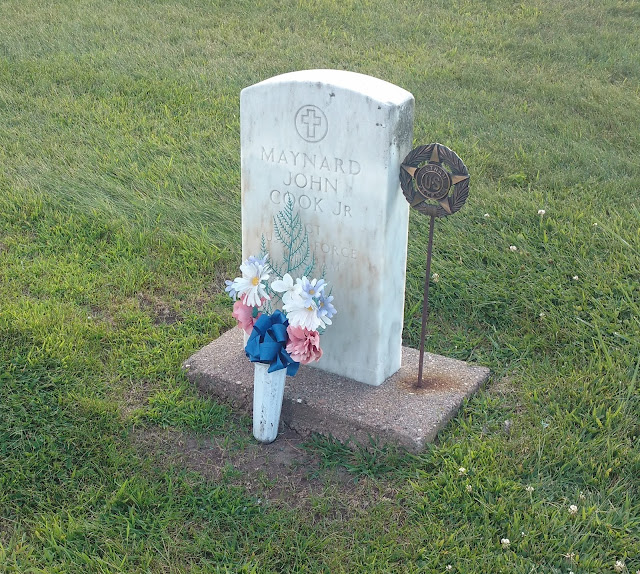 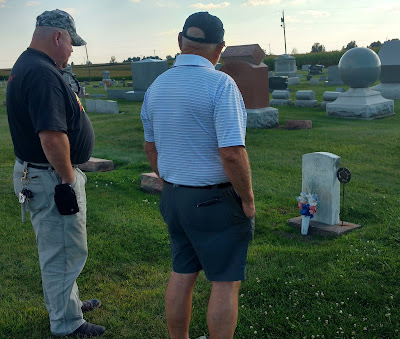 On Saturday morning we managed a short bike ride on the path that runs for 60 miles along the Mississippi River.   In the town of Hampden we rode past the Brettun and Black building museum and stopped in for a quick look. 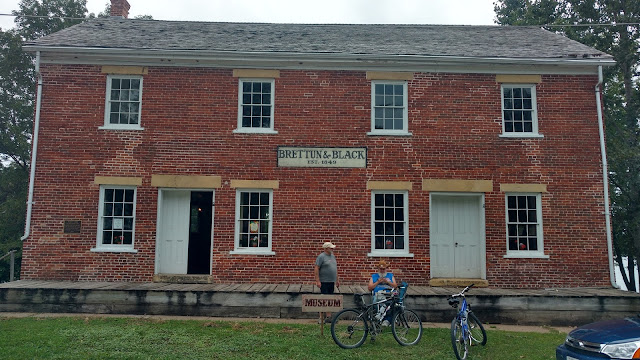 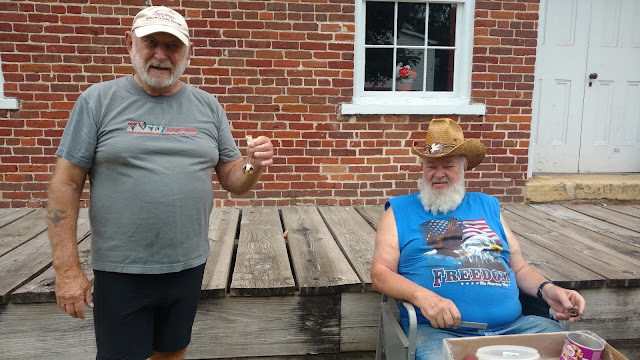 One of the Historical society members was outside carving Black Walnuts into eagles.  We chatted with him for awhile and he gave us one to put on our Christmas tree. 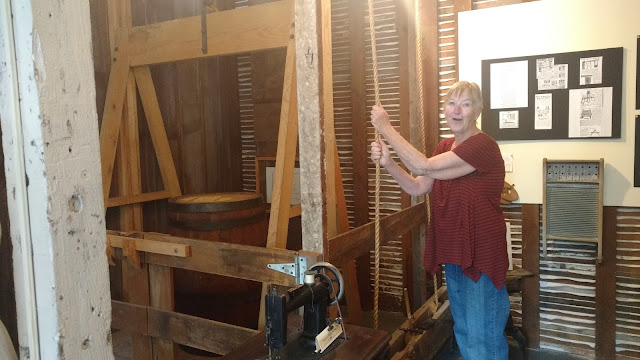 Inside we talked with a member who gave us the information about the restoration of the building.  It all sounded very familiar!  Years of work by a few dedicated members.  The building was originally used as a pork packing warehouse, and later as an apple packing facility.  This reconstructed, hand operated dumb waiter brought barrels of apples from the lower floor to the top floor where they were pressed into cider. 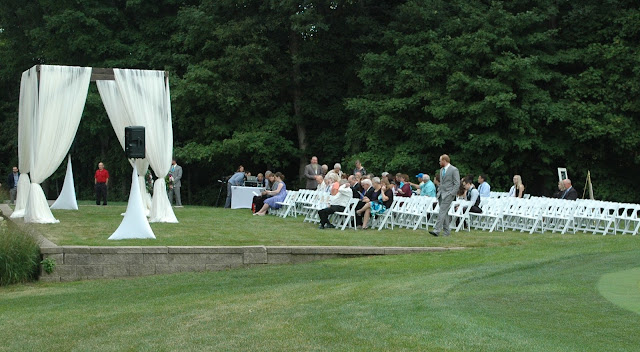 Beautiful setting for the ceremony 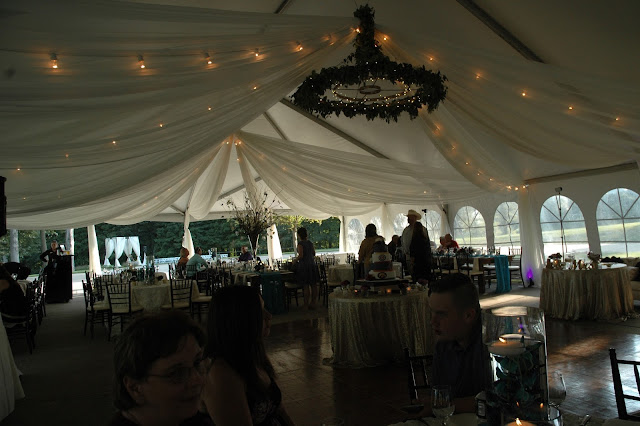 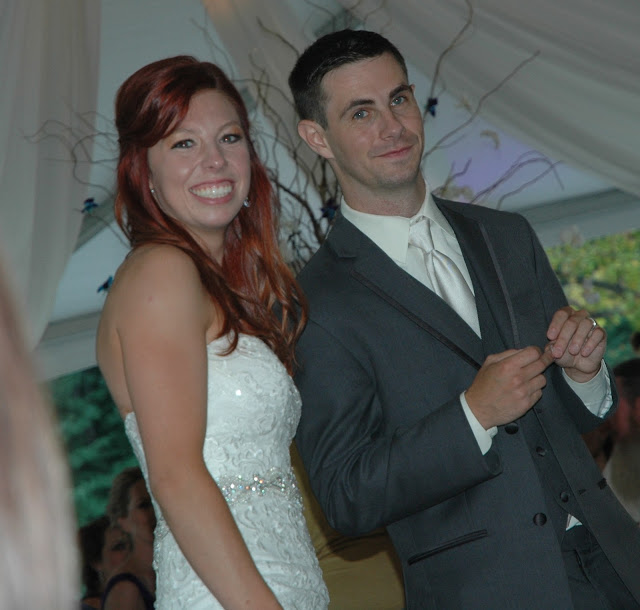 And of course, The Bride and Groom;  Will and Brittney Tolmie 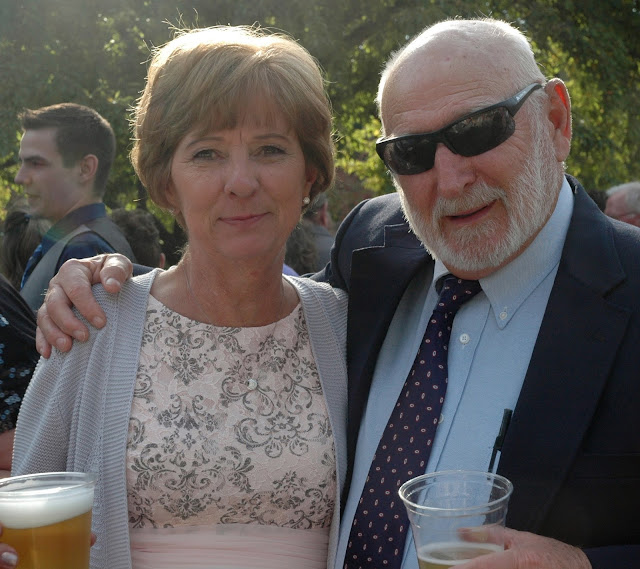 Mother of the Groom, Candy Tolmie 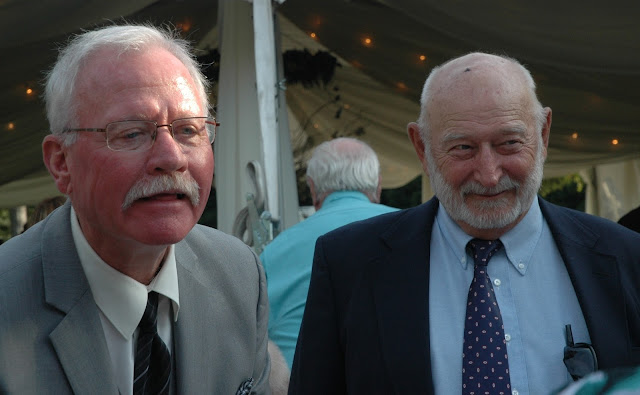 Not a great picture of Bill Tolmie, farther of the Groom 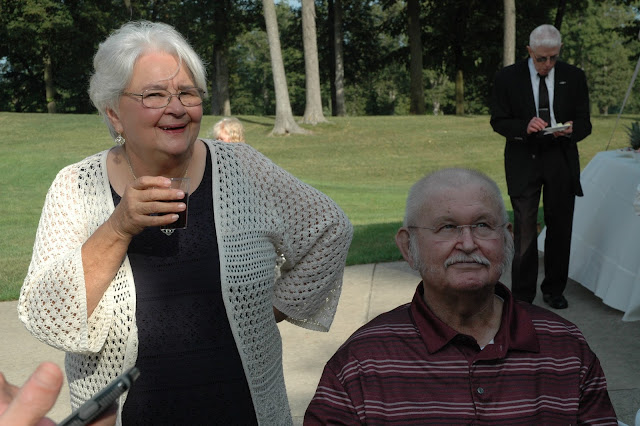 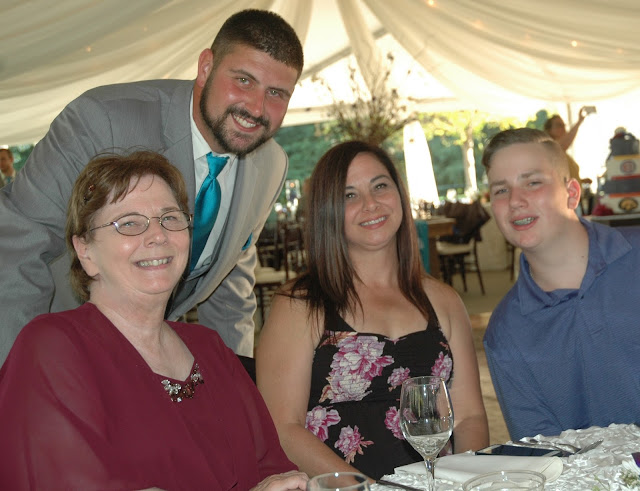 Candy's sister Maggi, with her daughter Kathi and grandsons Nick and Ty.  A great ending to a great week in Illinois.