Holiday weekend at the Cooks

A new tradition has been established.  Because Marlin and I started volunteering at Texas State Parks beginning on January 1, we have to leave Maine before Christmas. So, for the second year in a row, the Cook family has celebrated, what we are now calling, Thanks-Birth-Mas.  That wonderful four day weekend on Thanksgiving seems to be the only weekend we can all be in the same place at the same time, so it has evolved into squeezing the turkey dinner, two birthdays, and Christmas all together.

Jed is the Thanksgiving dinner cook.  He handles the entire meal by himself, allowing no one else in the kitchen.  That night we gear up for a birthday party for Jed, who's birthday is the 28th, and Lola, who's birthday is December 9.  Friday morning we all go out to get a tree, then spend most of the day decorating it.  After supper we hold a scavenger hunt for presents, then scramble into a free-for-all opening stocking stuffers.  It has turned out to be everyone's favorite way to do the holidays. 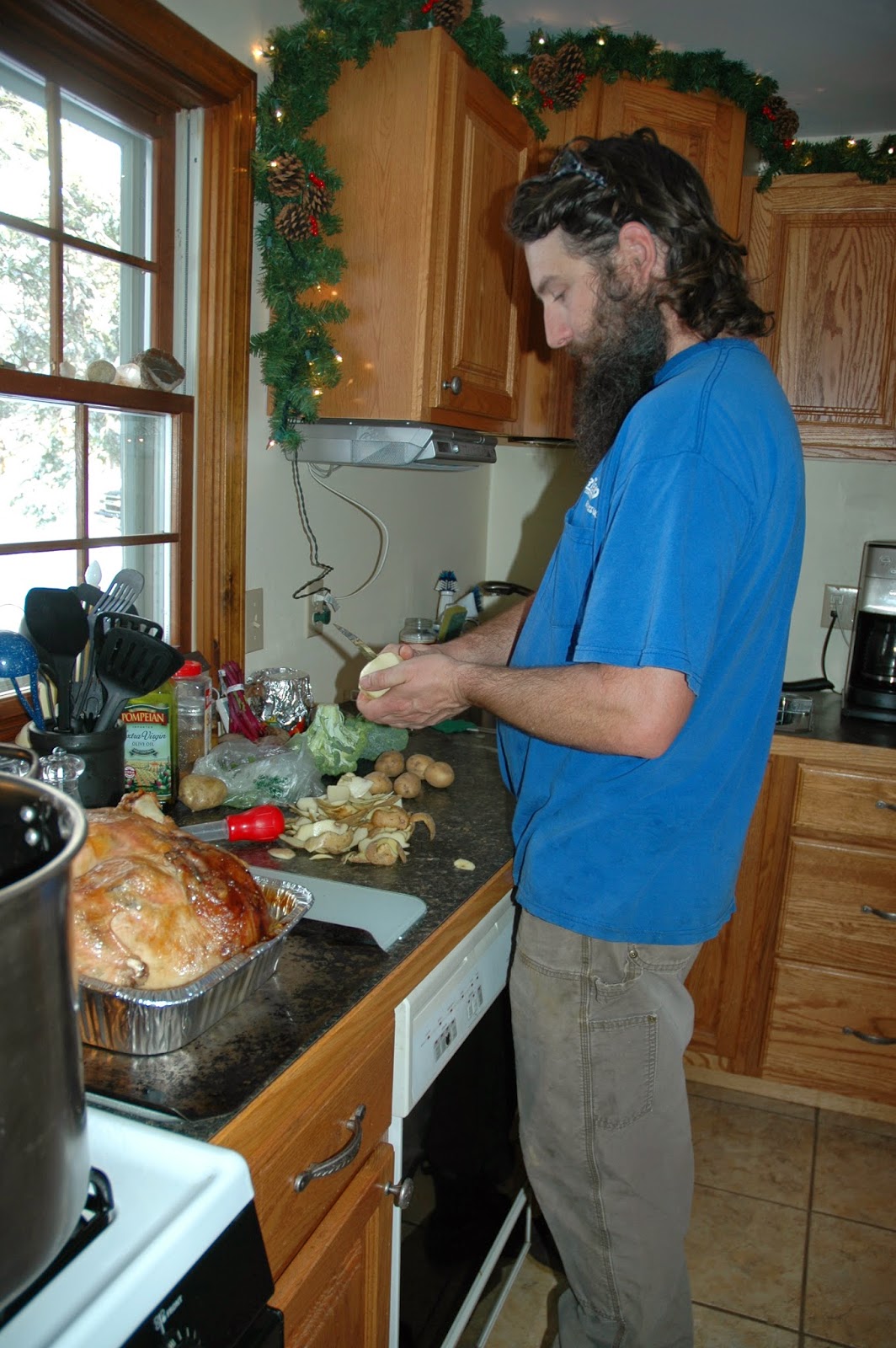 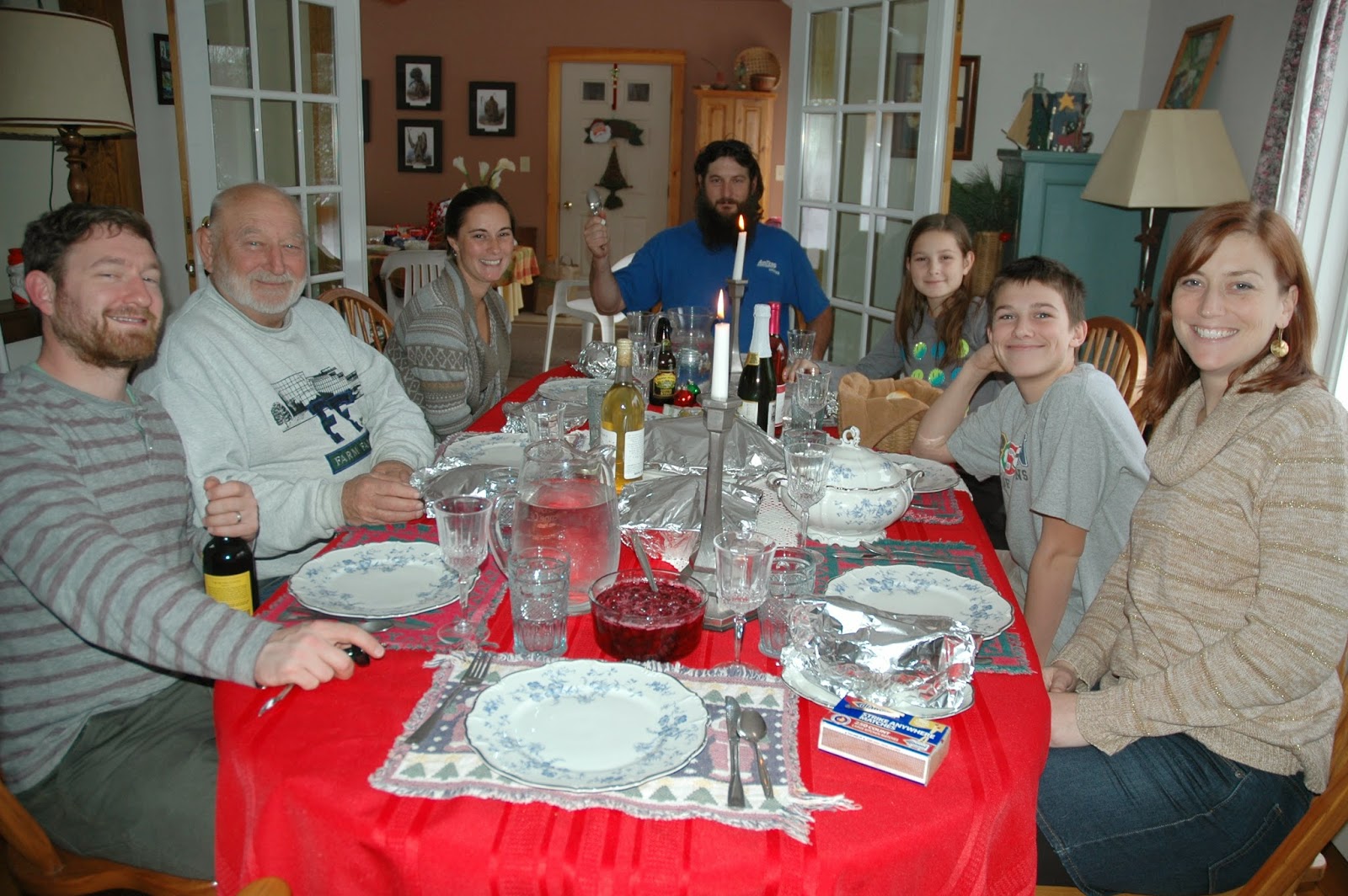 That afternoon we had a great visit from Jacob Dunton and his, now, fiance Carlie Suek. Living in Wyoming we don't get to see them too often. 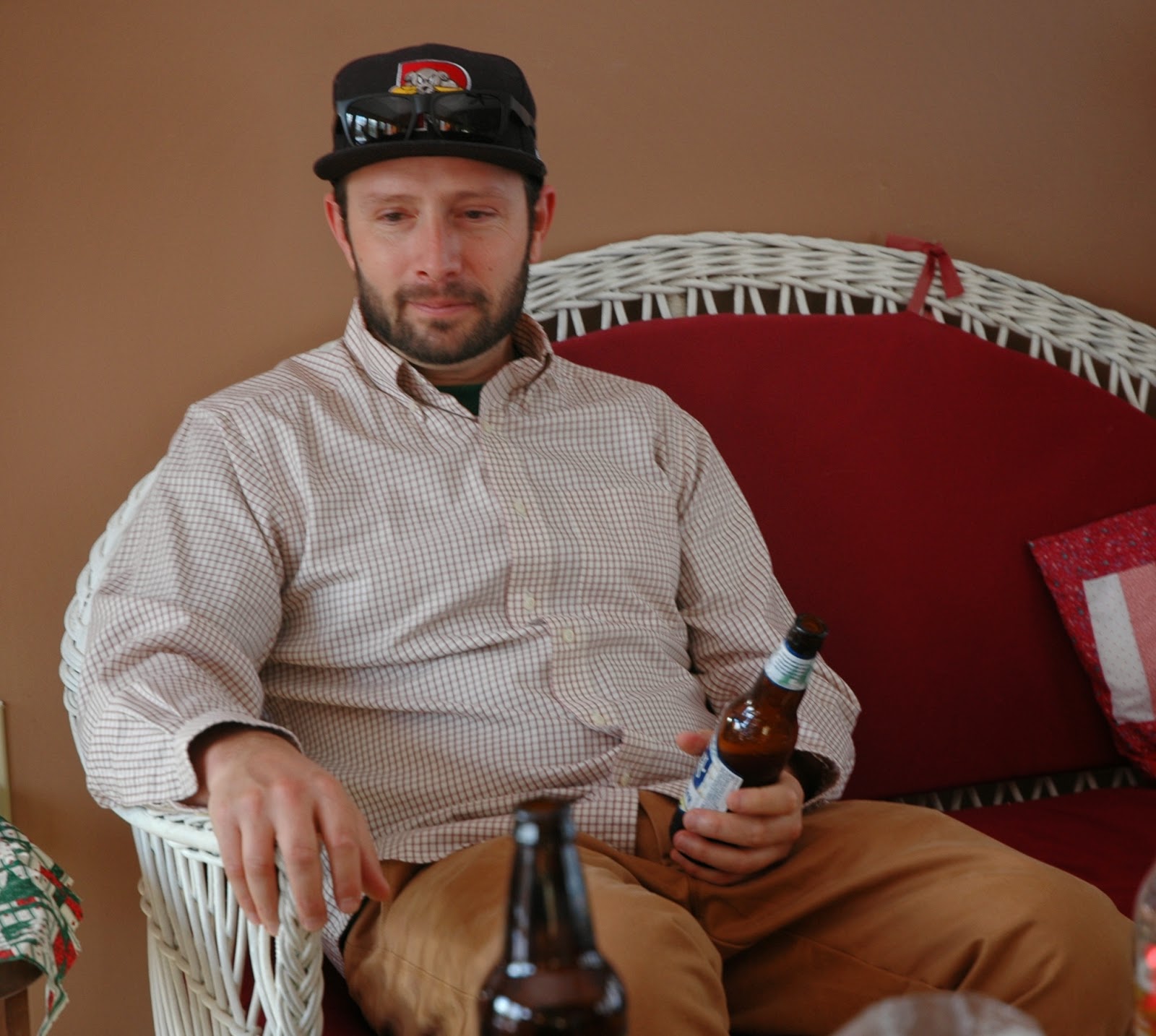 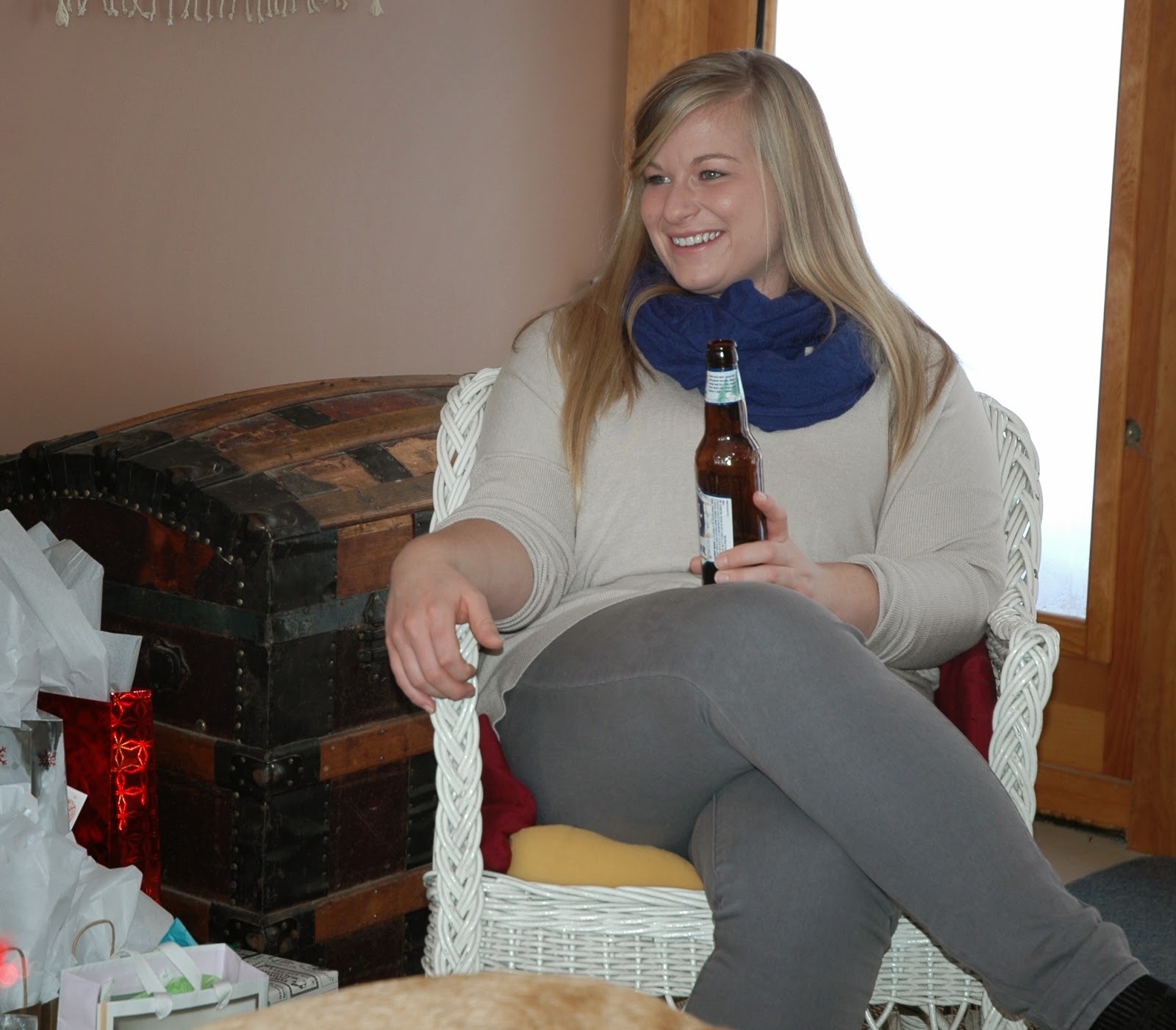 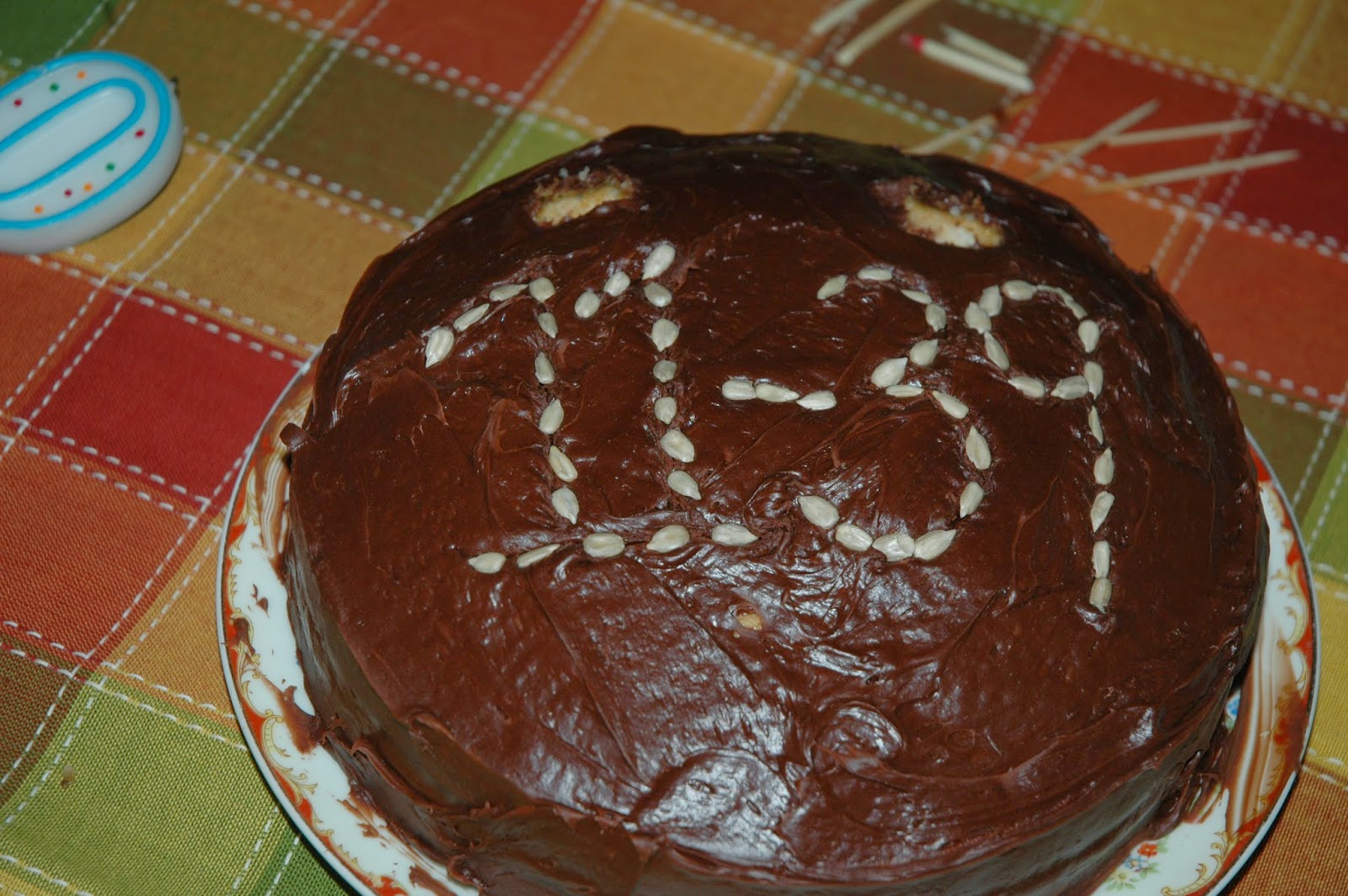 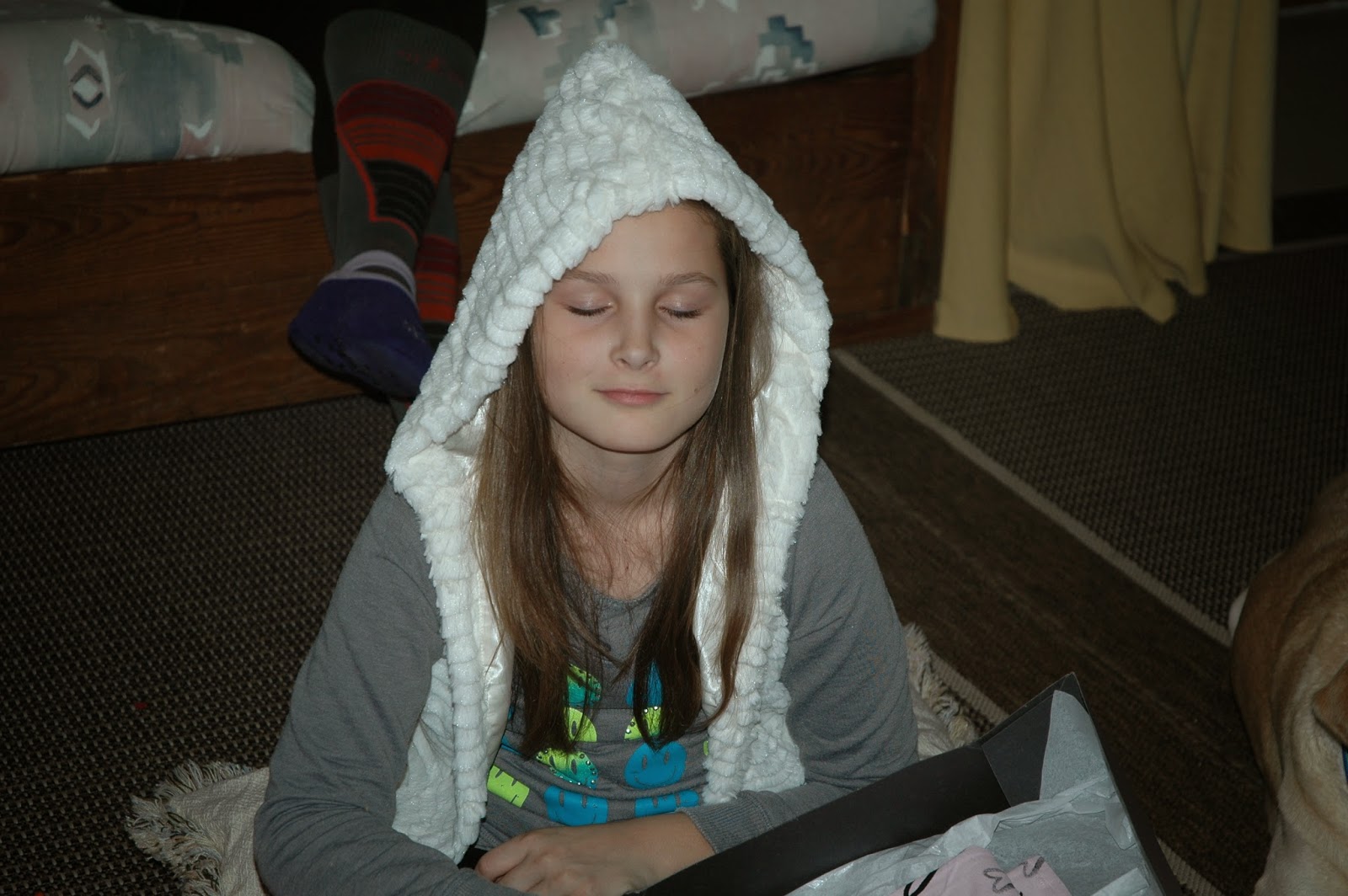 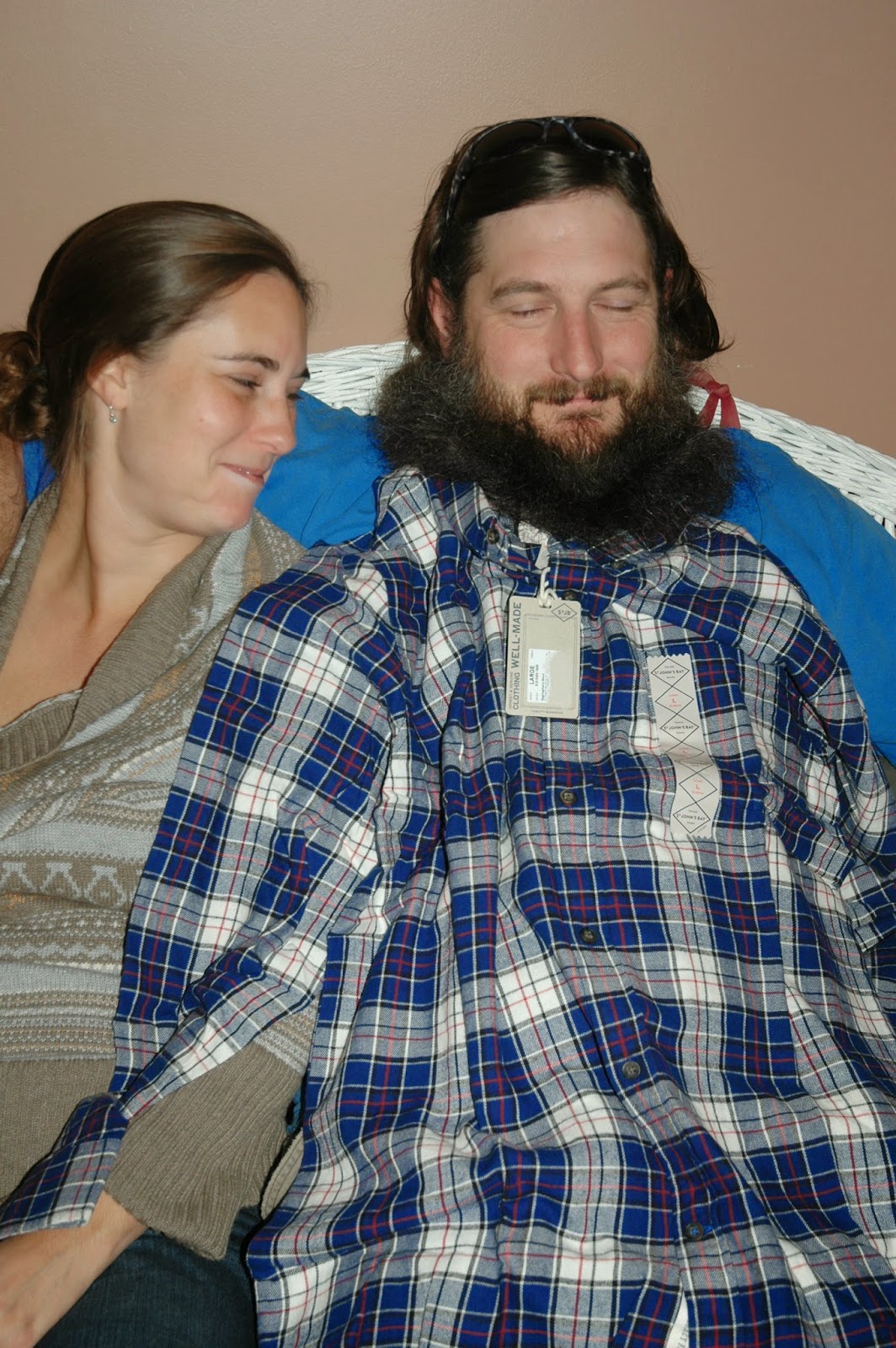 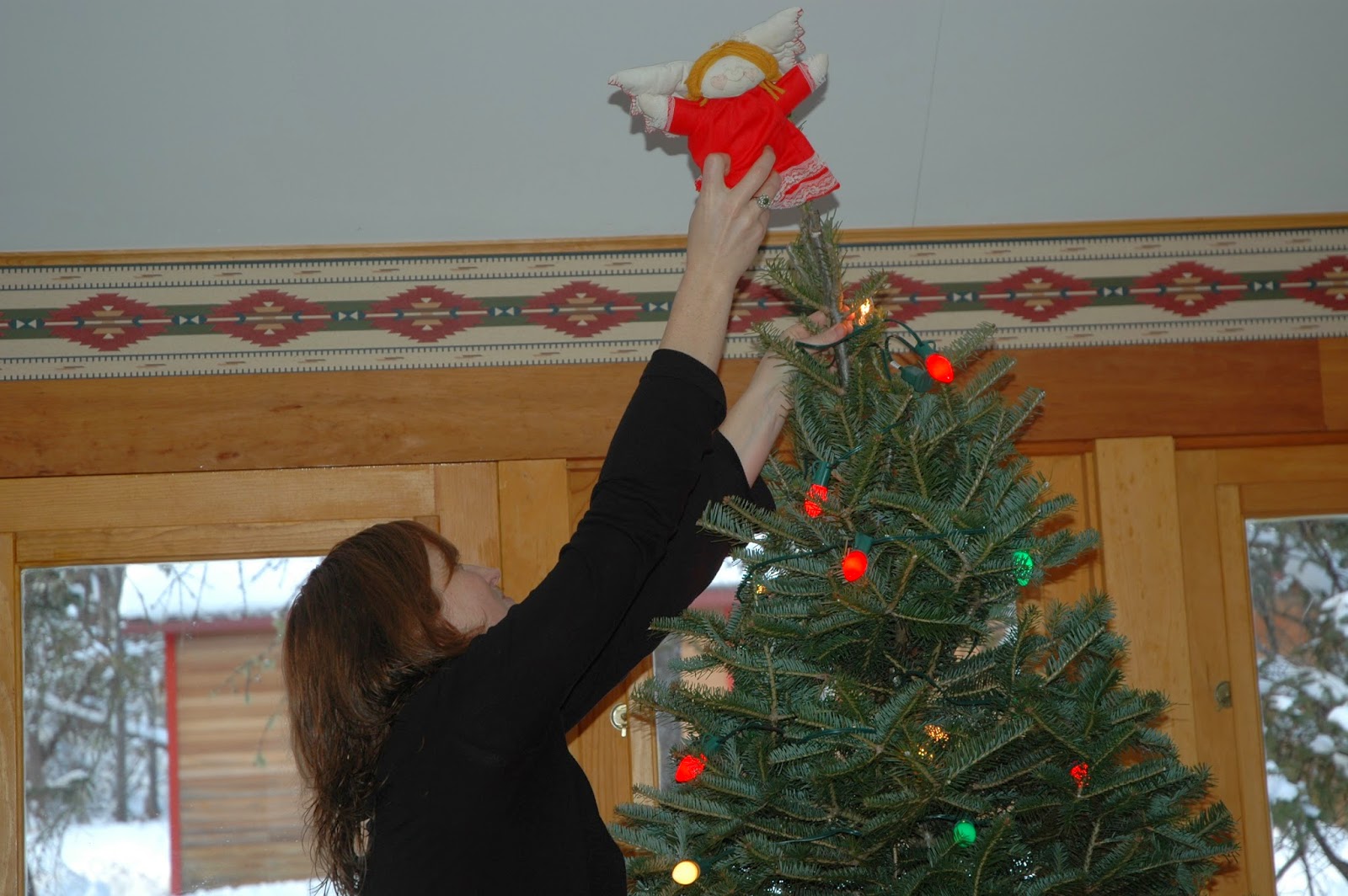 Shellie gets the honors of topping the tree. 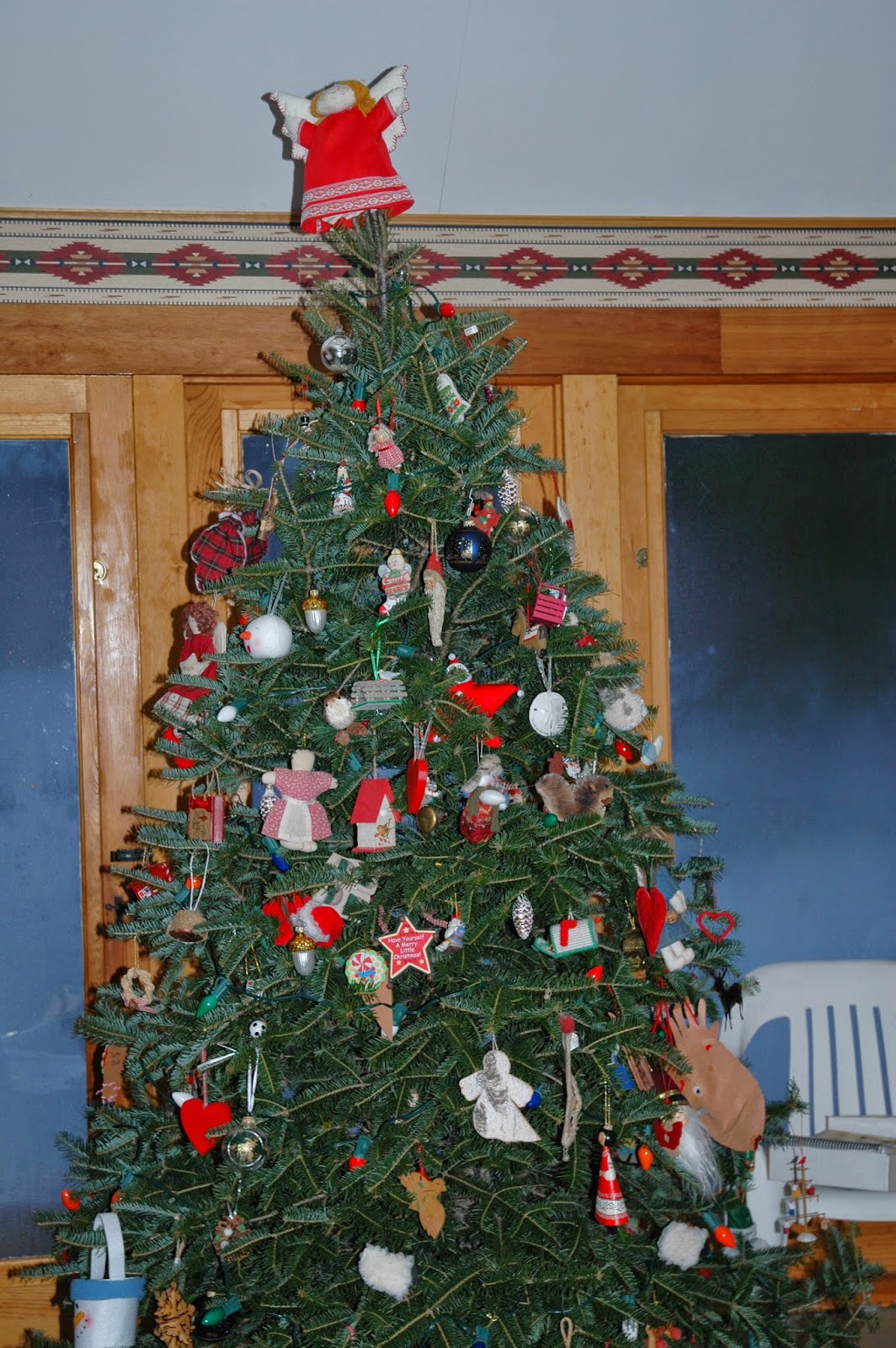 When the tree is complete, dinner over, the scavenger hunt begins. 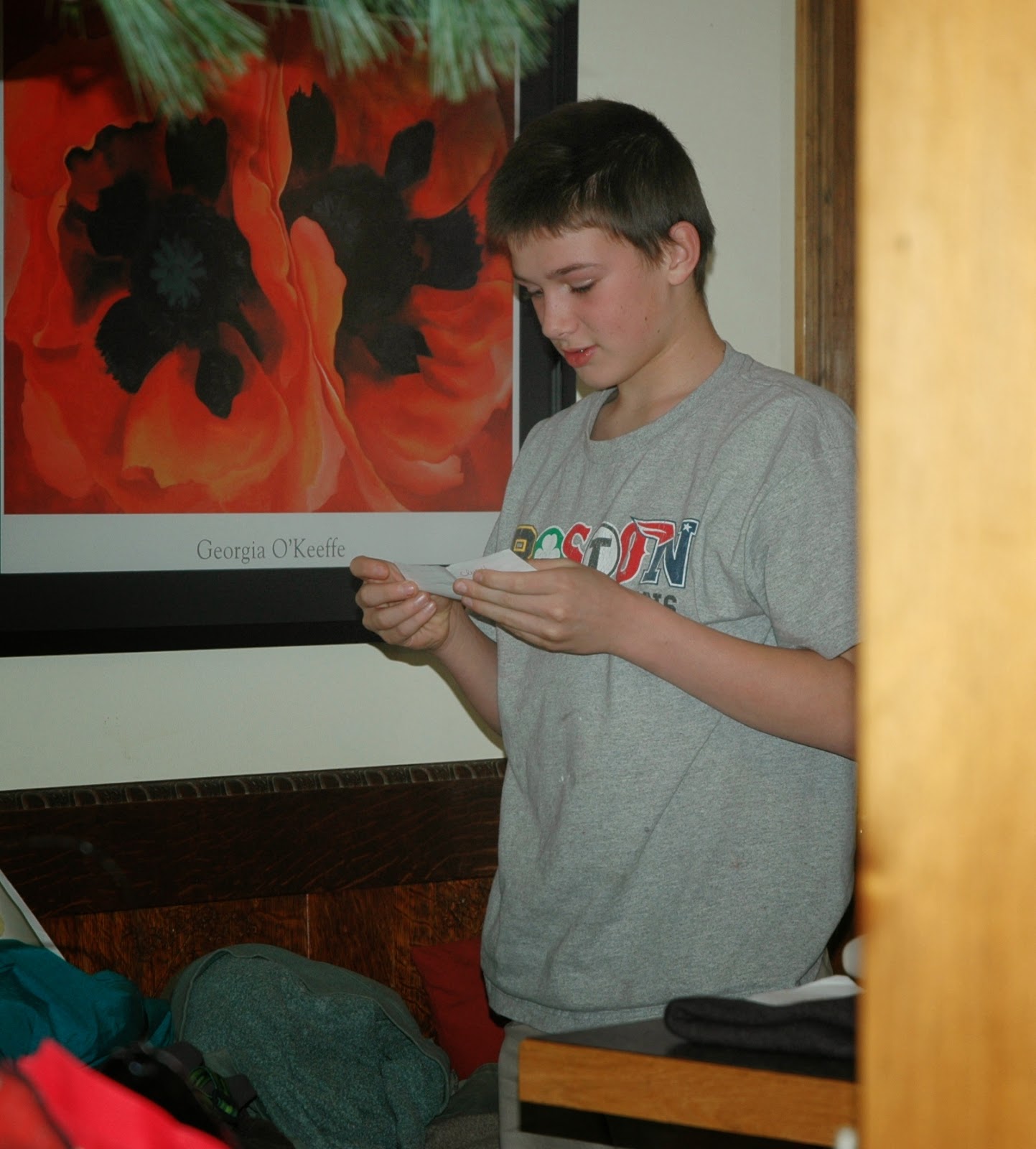 The clues were tricky. 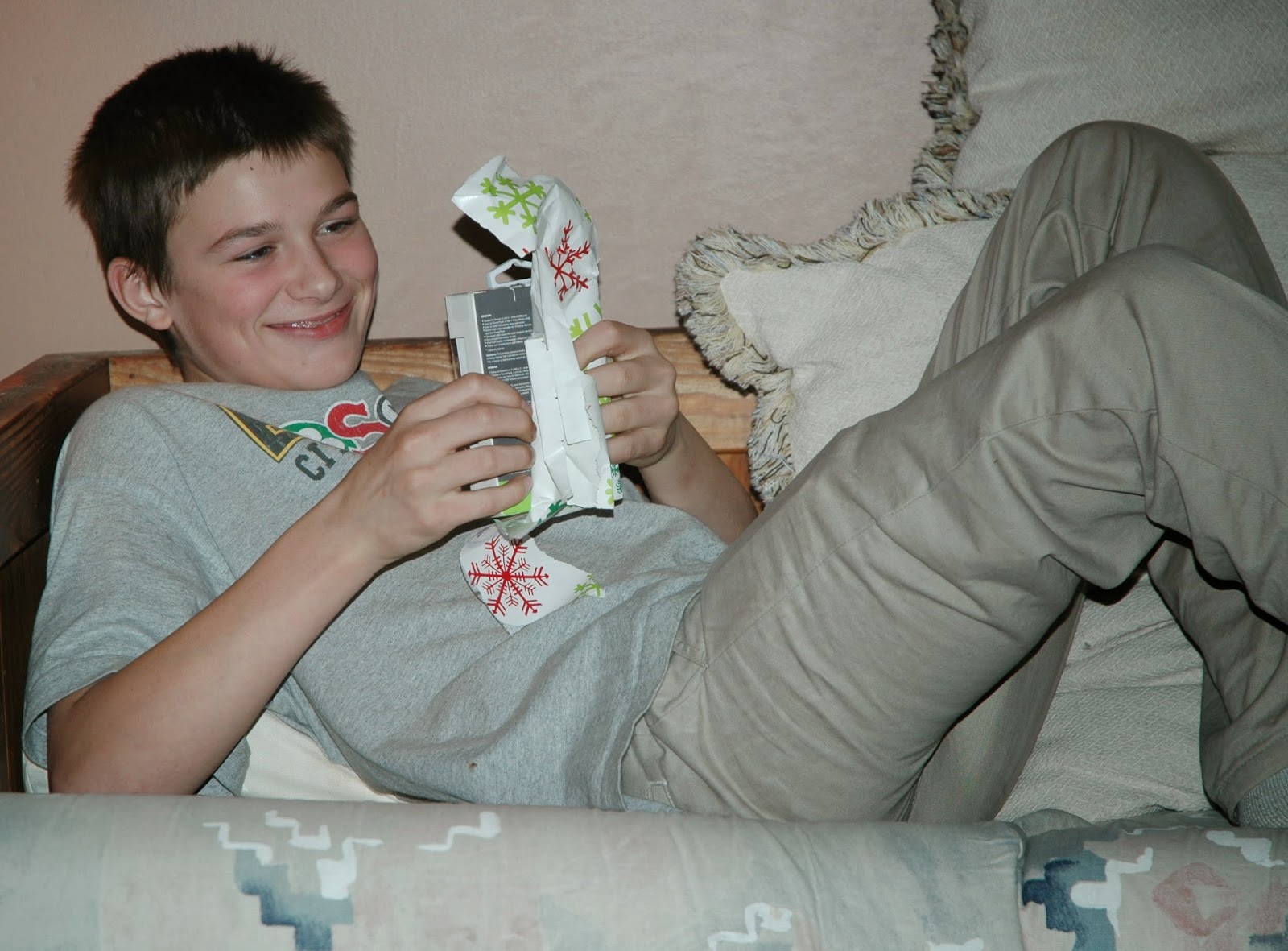 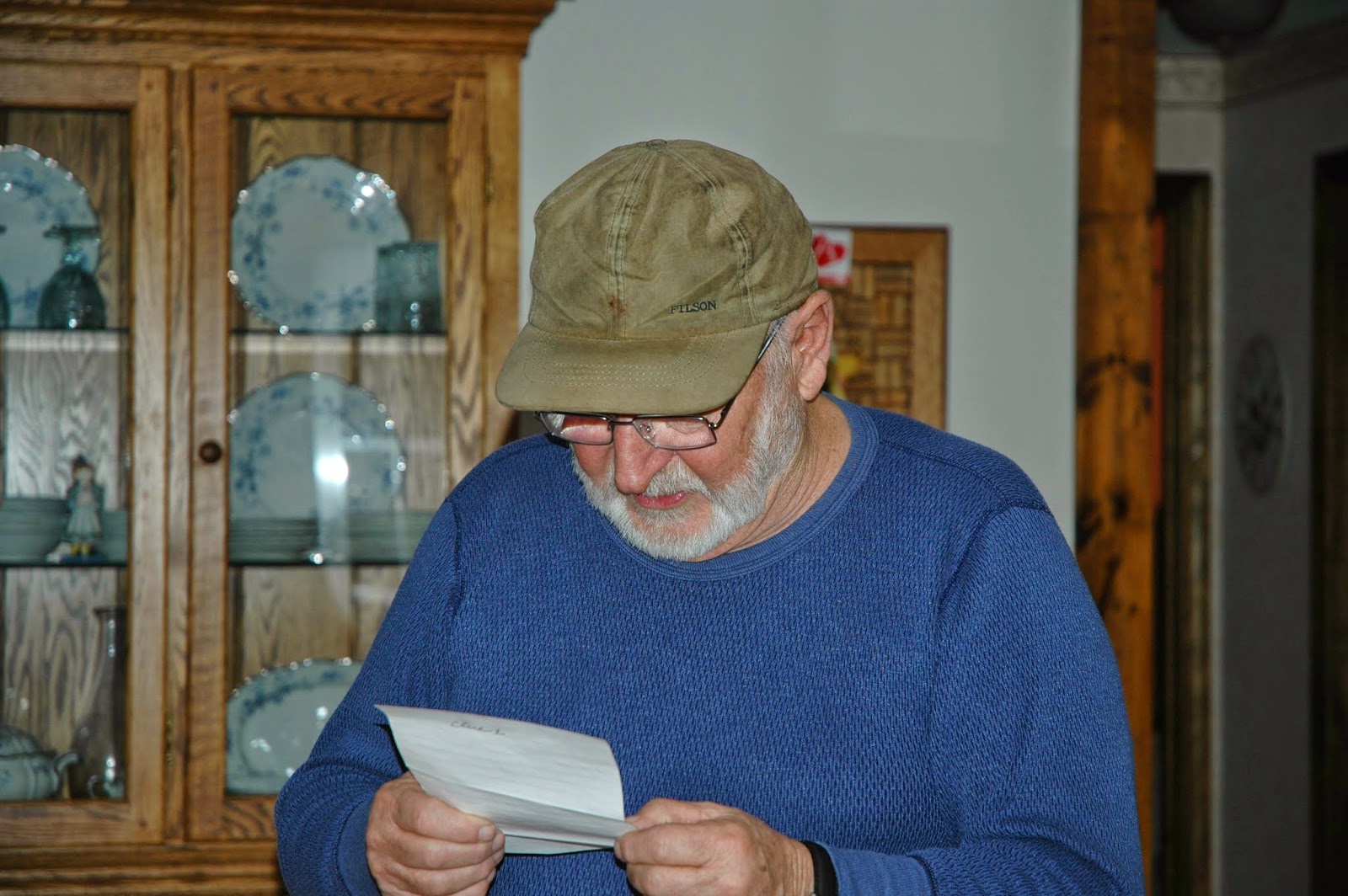 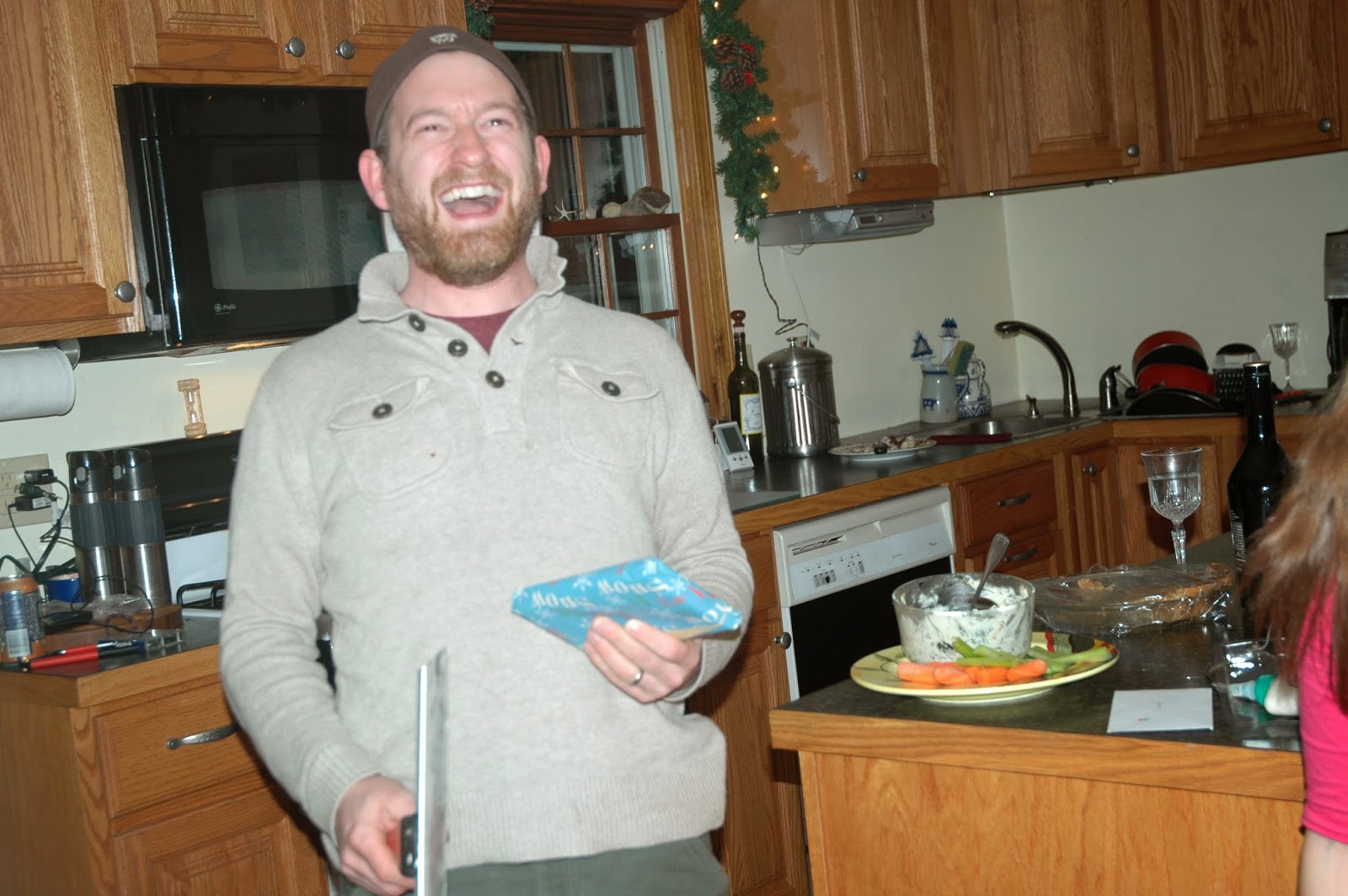 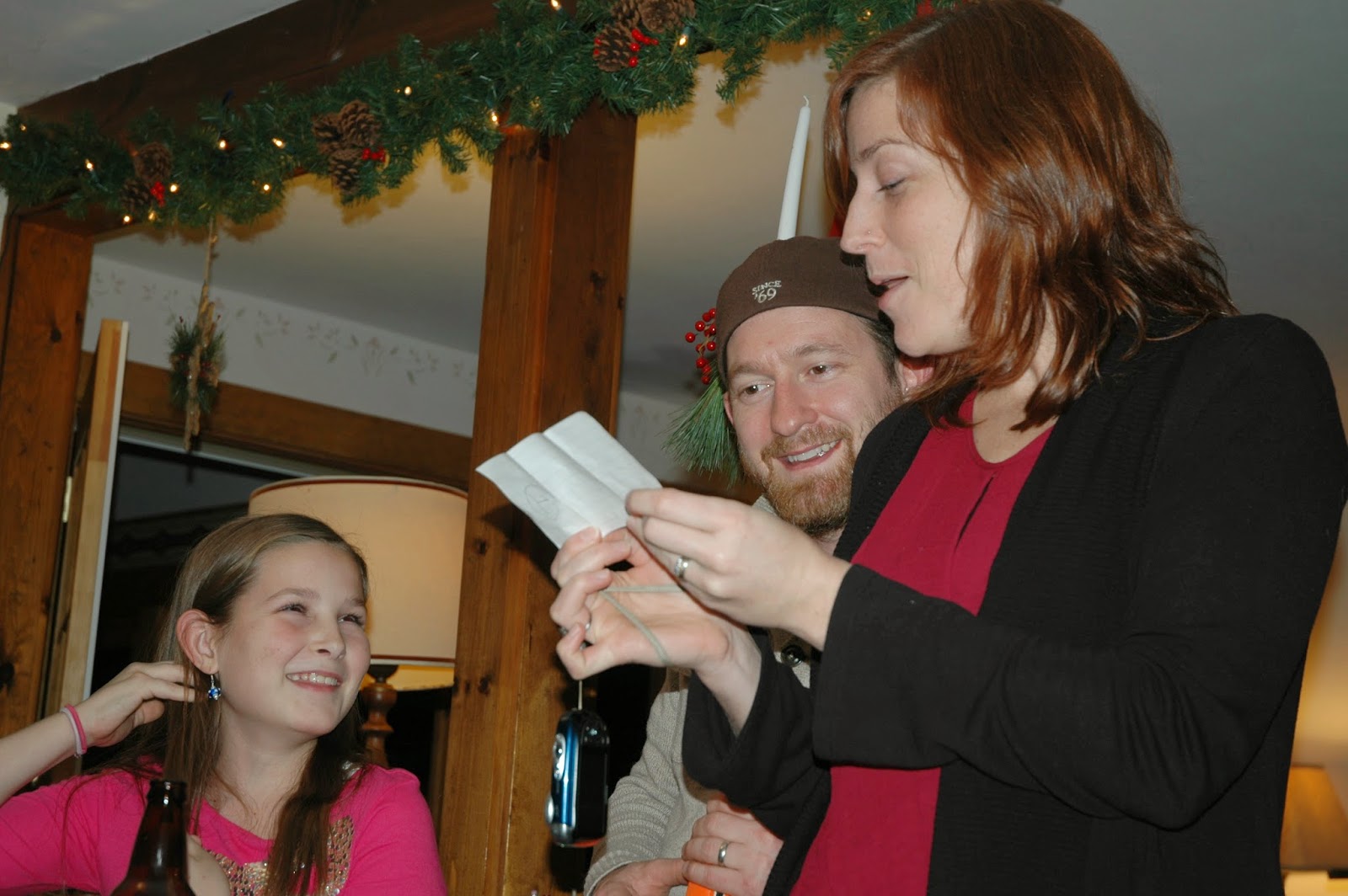 Shellie is next, but look who is enjoying it the most! 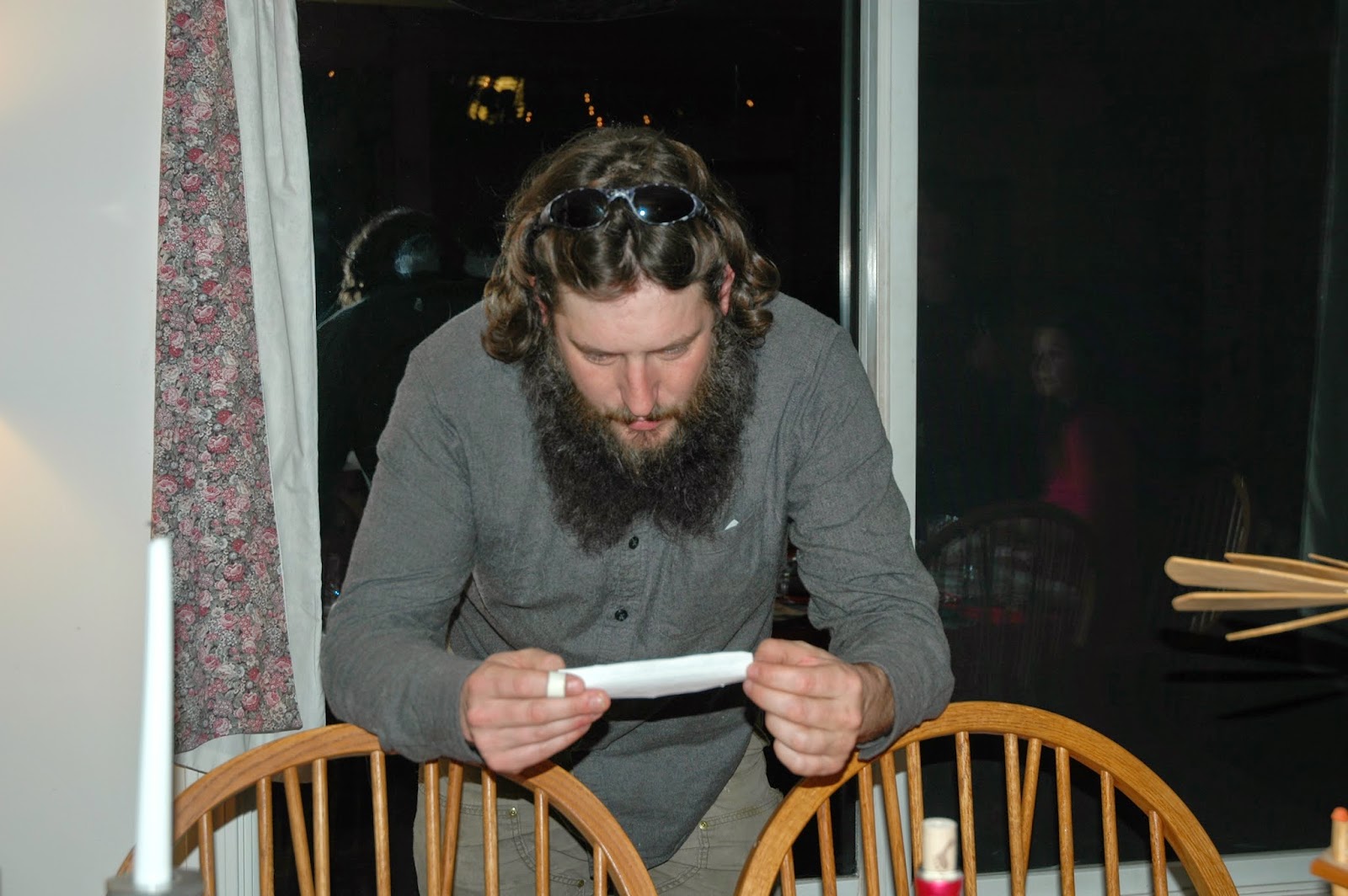 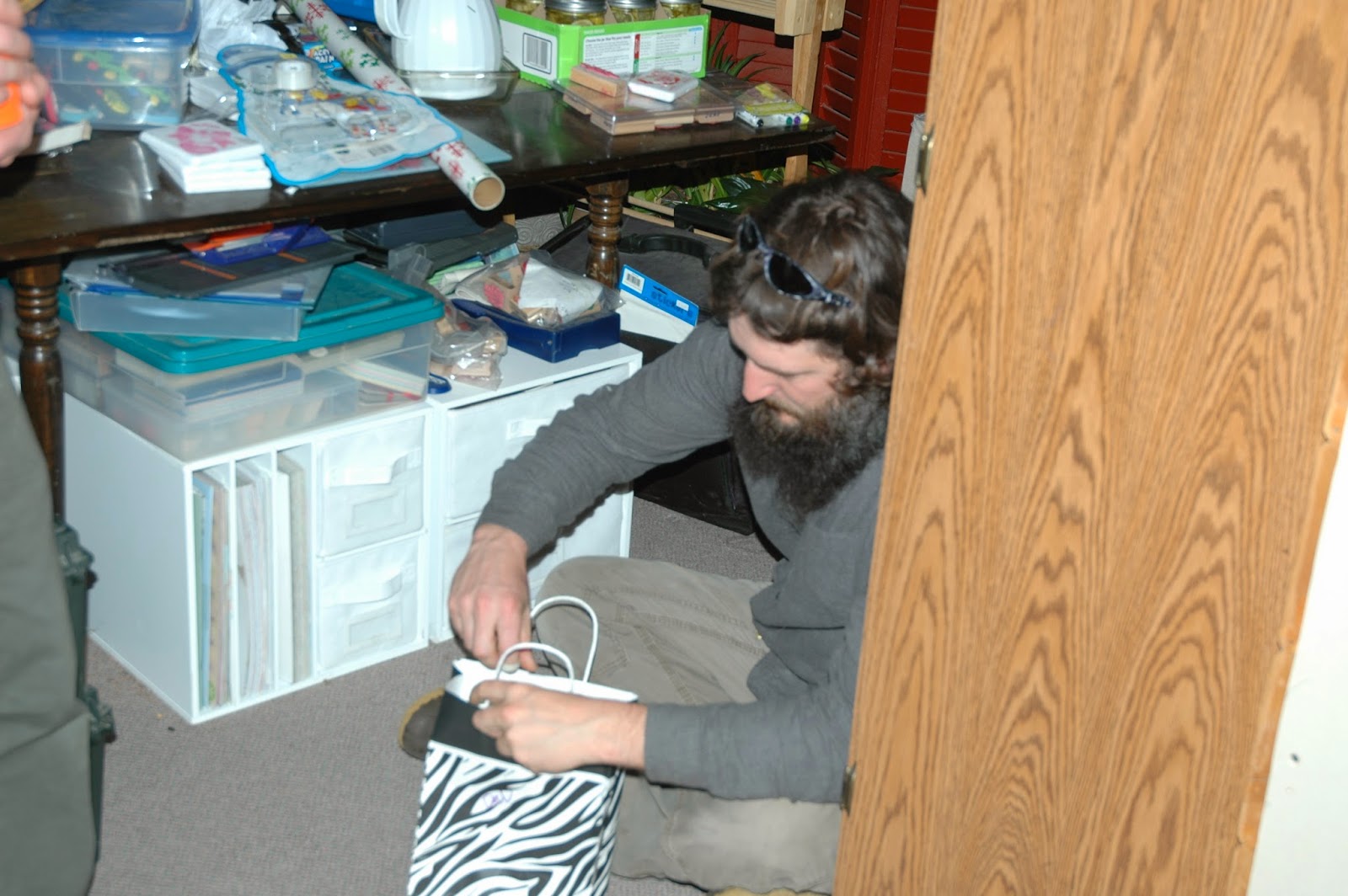 Jed found the wrong present and had to look again. 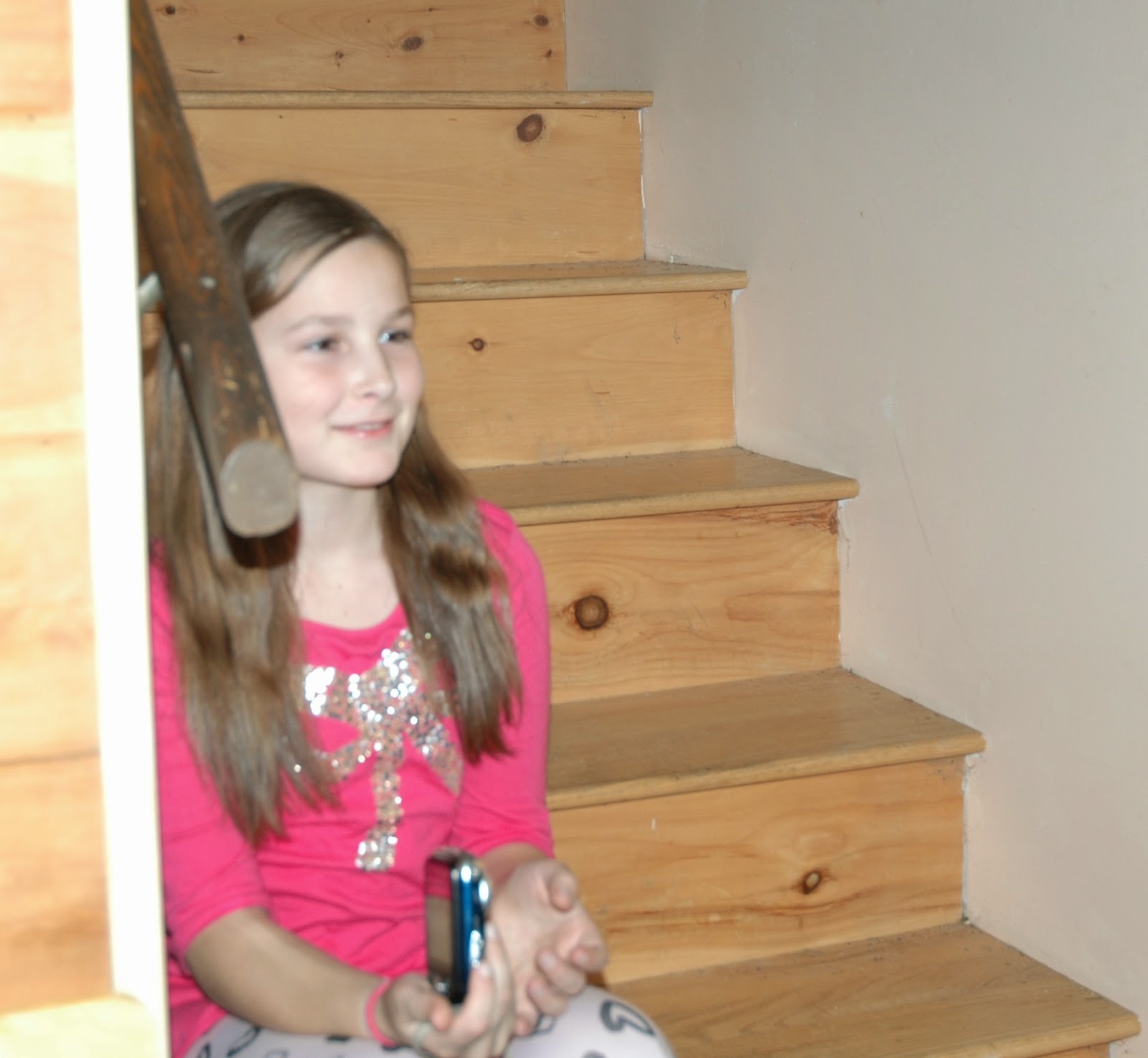 Lola enjoyed each and every search, documenting with her own camera. 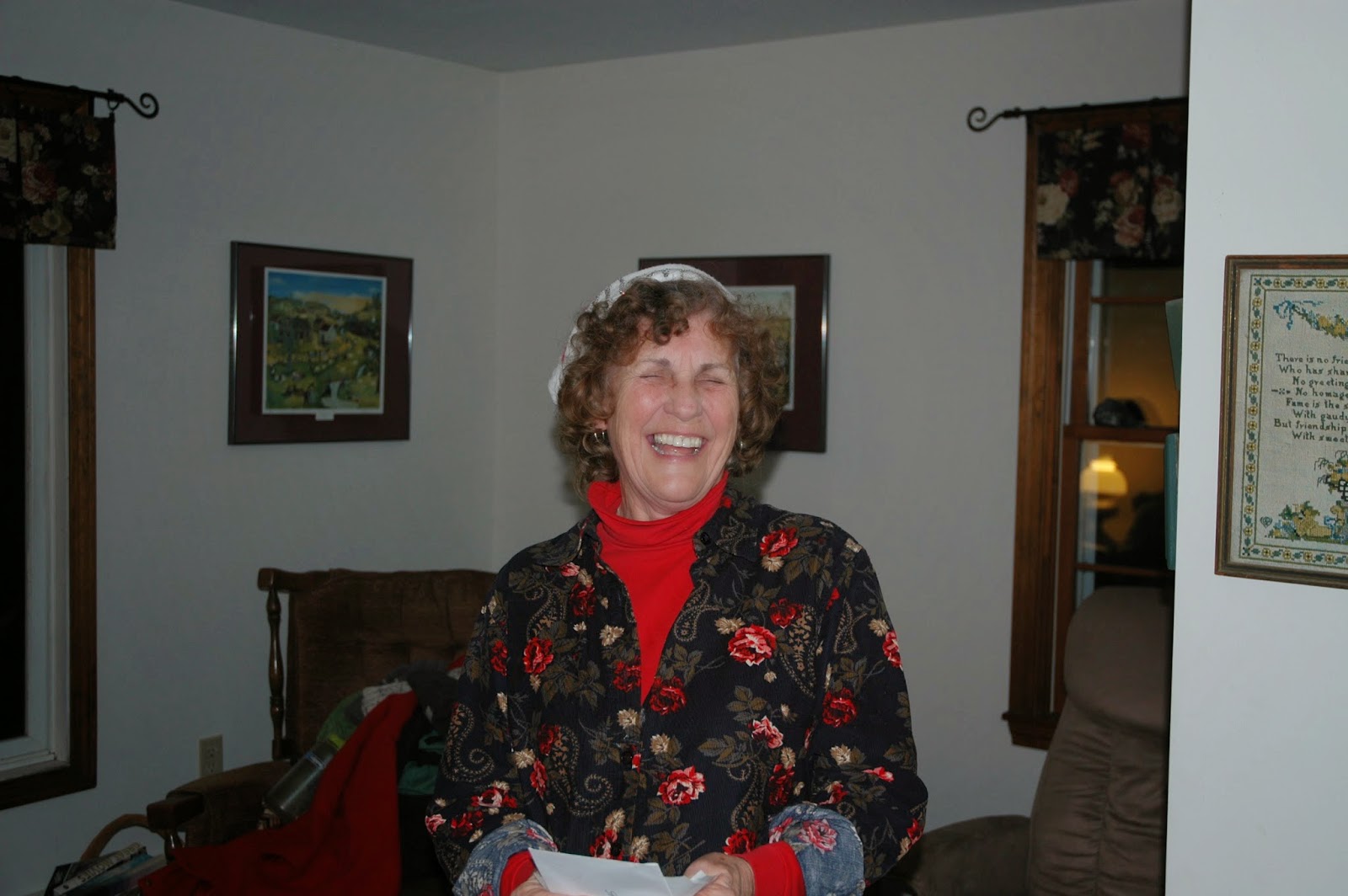 I even got a set of clues to follow. 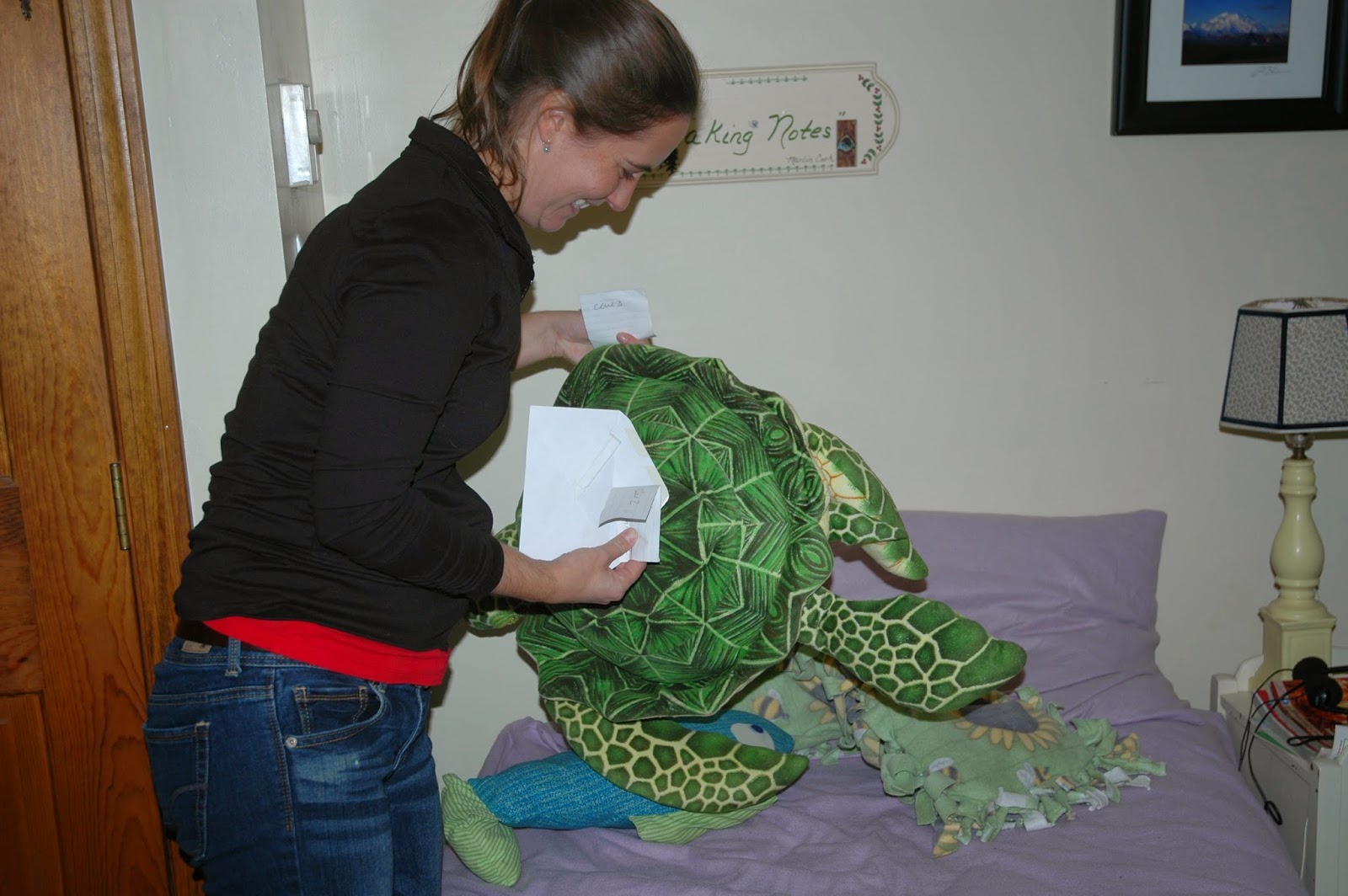 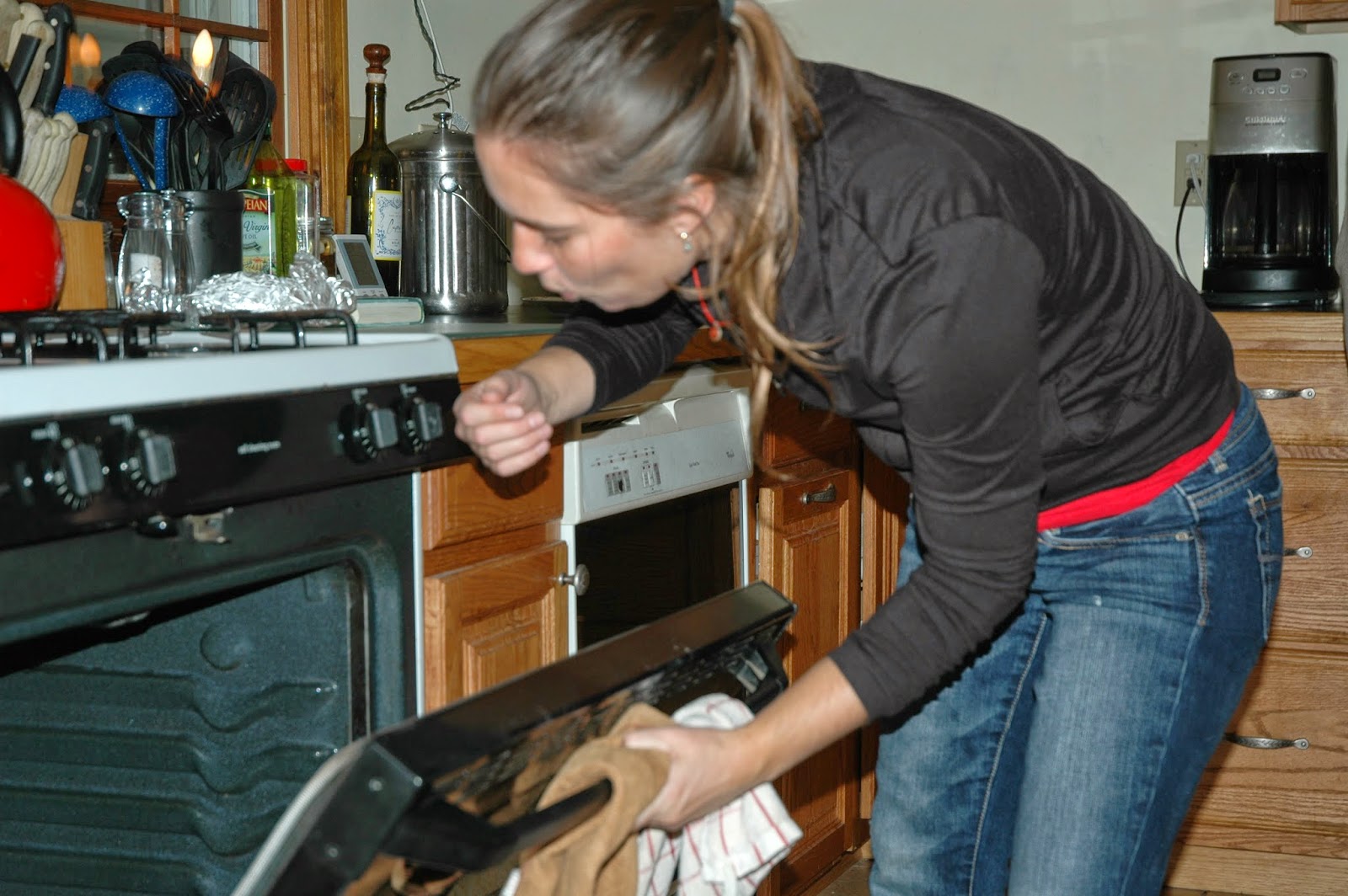 And her present was in the oven.

That was only part one.  On to stocking stuffers. 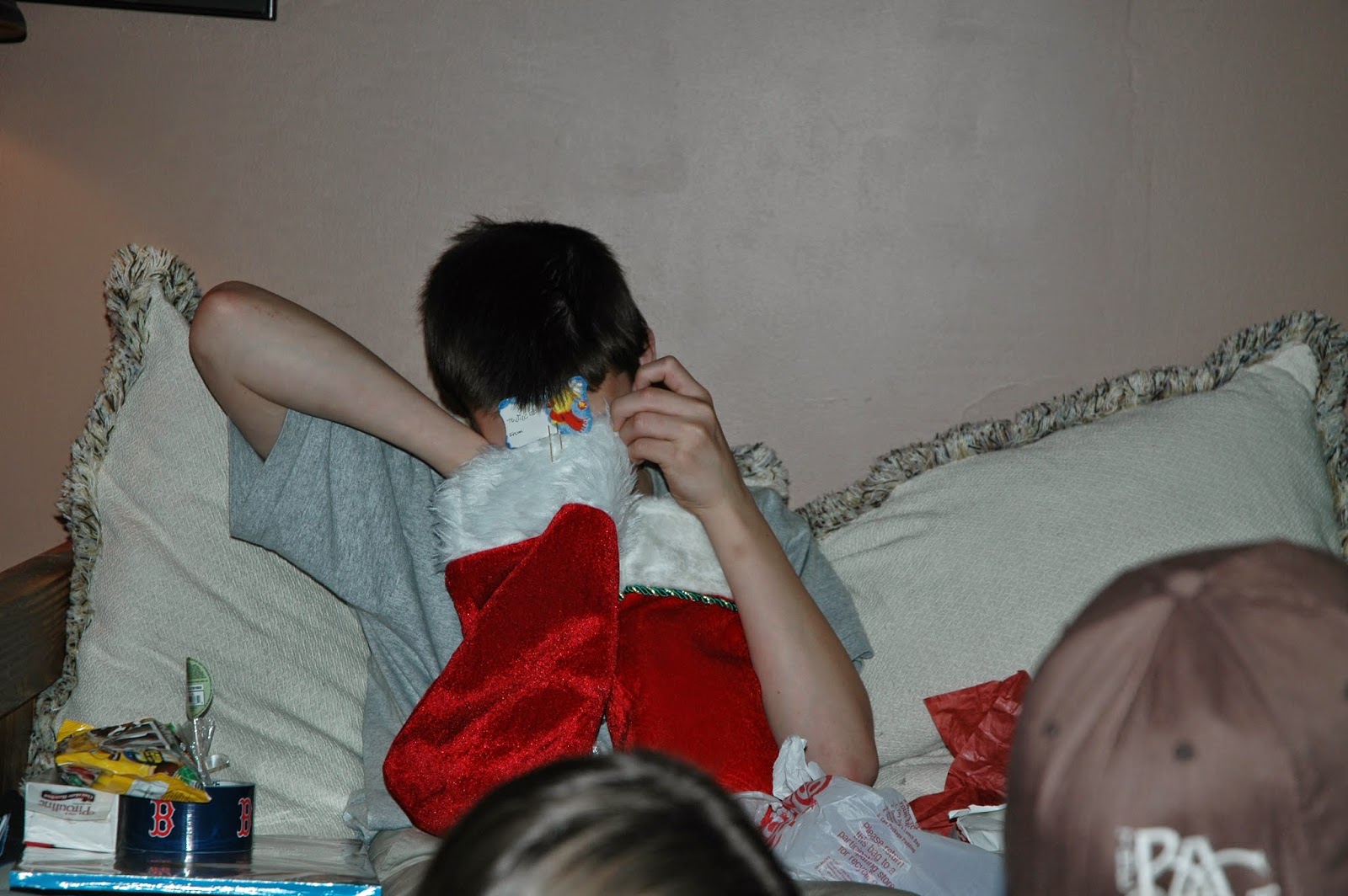 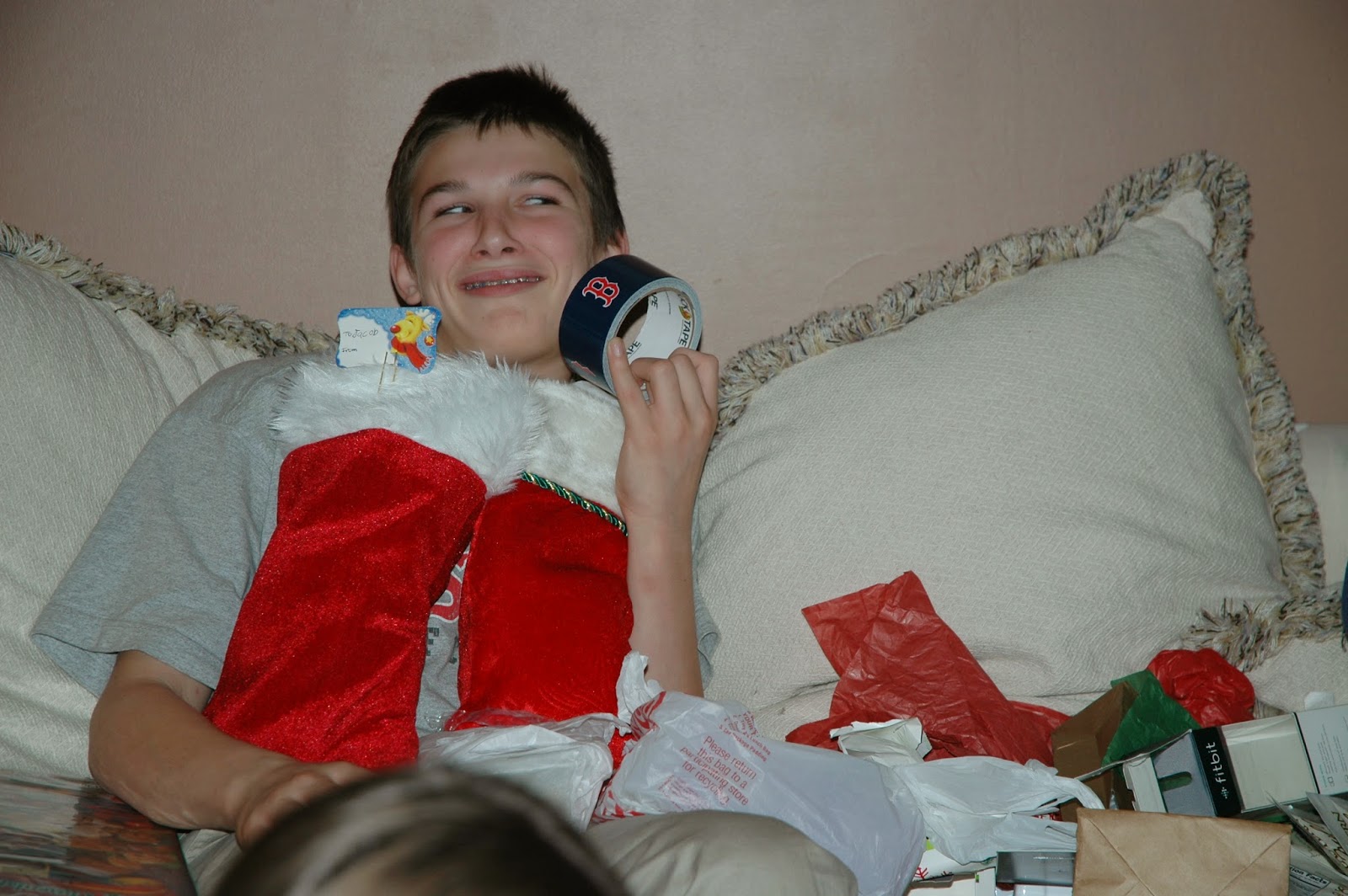 The week before Thanksgiving we had 18 inches of snow, 14 more the night before the holiday, and two inches of ice the next week.  Time to get out of Dodge with that camper.  We left Dixmont on December 8, crossing our fingers that we would make it over the hill.  On to the next adventure.