Well, we had planned to go from Fort Davis to Big Bend National Park.  However,  a cold snap was hanging on in the area so we wimped out and headed east.  Unfortunately, the cold has followed us and we only had one day of warm weather and are back in the 40's, with temps in the low 30's at night again.  I know, wah wah wah, when Maine is below freezing, anyway. . . . .

While looking for some warm weather, we visited Hot Springs, Arkansas. Wonderful State Park at Lake Catherine and an interesting National Park,  but this is what I really liked about Hot Springs! 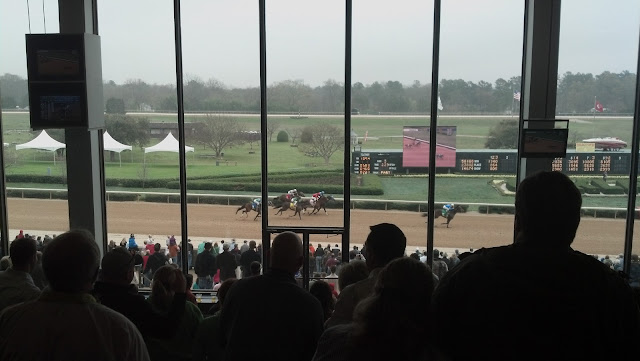 Had a fun day as well as winning every race I picked! 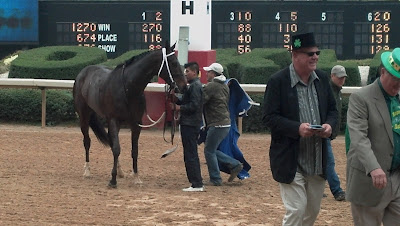 Winner's circle.  It was St. Patrick's Day and this was a special Irish race, hence the green attire 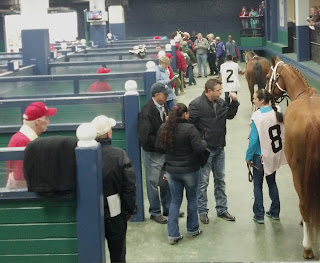 The paddock where you can watch the horses as they are saddled and mounted. 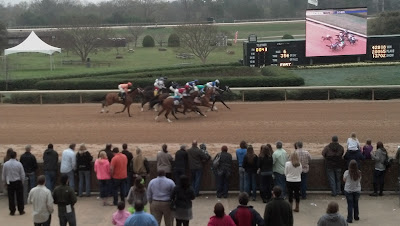 Aside from the horse races, the usual attraction at Hot Spings is the water.  One hundred and forty degrees of four thousand year old carbon dated water.  Hot Springs National Park  surrounds the city of Hot Springs, which makes it a bit confusing when talking about where you want to go.

The Park was designated a National Reservation in 1832, then rededicated as a National Park in 1921.  The main reason for bringing these springs under Federal control was to conserve and manage the thermal springs, and the natural hydrological system that feeds the springs, as uncontaminated water for public use.

The main street showcases a collection of bathhouses build in the late 1800 and early 1900's and known as Bath House Row.  This street is now a National Historic Landmark. Only two of the classic establishments that are under Park jurisdiction are in operation today, the Buckstaff Bath and Quapaw Bath House. Several others are being renovated and bids are out for companies to operate them as Park concessions.

From what I could gather from literature provided  and searching the internet, the bath house era made a slow decline after police eliminated unlawful gambling in the 1950's, along with the rising cost of operating the spas and a decline in public interest.  Most of the establishments on Bath House row closed by 1965. 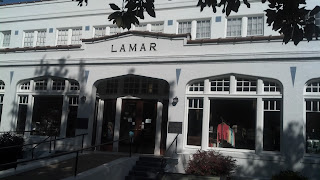 This partially renovated bath house is the temporary home of the National Park Visitors Center while the Fordyce Bath house if being renovated. 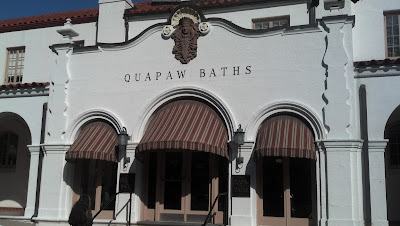 We had lunch in the Cafe here.  It was too late for a soak in the spa. 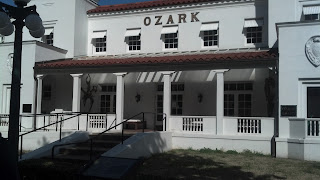 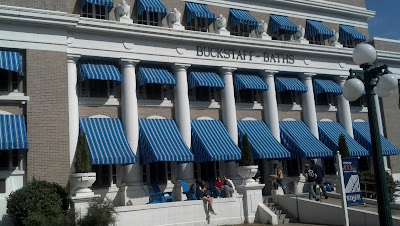 The Buckstaff Bath house is the only establishment that has been in continuous operation since 1912 and continues today to offer the complete regimen of thermal mineral bath, sitz bath, hot packs and Swedish massage.  The Qupaw bath house offers European style soaking spas and private bathing areas. There are several other hotels and spas offering similar services within the town of Hot Springs but not within the National Park jurisdiction. 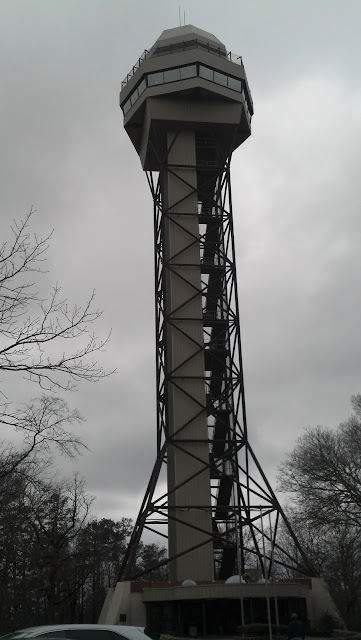 We climbed (via elevator) the 216 foot high Hot Springs Mountain Tower for a look at the area surrounding the city of Hot Springs.  The third and current reincarnation of the structure opened in 1983 and affords a 140 mile panoramic view of the city and mountain areas. 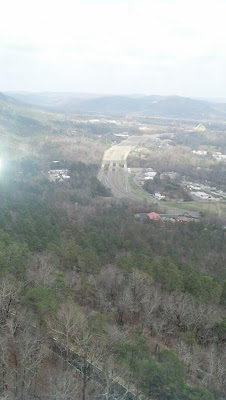 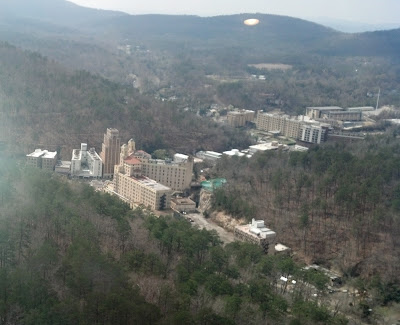 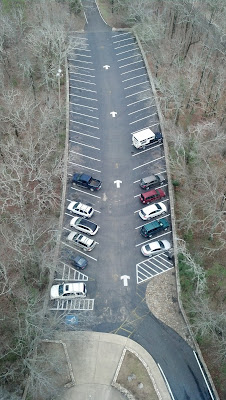 Our camper in the parking lot 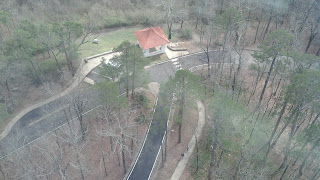 It would be fun to return to Hot Springs, take the mineral baths, and win a few more races at Oaklawn!

After leaving Hot Springs, we stopped in Little Rock and visited the Clinton Presidential Library 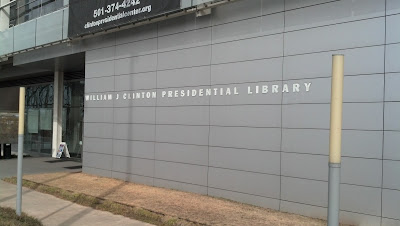 Displays of each years accomplishments. 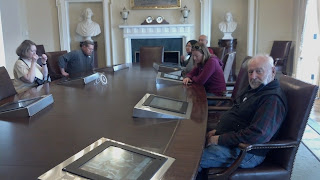 Marlin as part of the President's cabinet 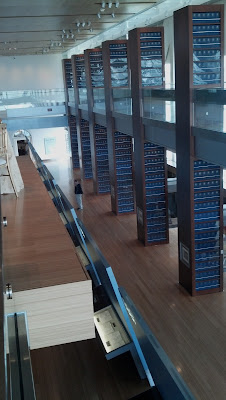 Archive papers.  The tour guide said these papers are not classified as critical.  The most important papers are in a separate building. 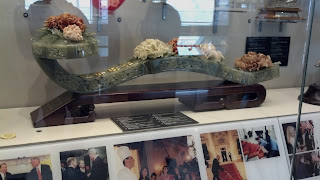 The third floor housed gifts given from other heads of state.  This is a piece of priceless jade 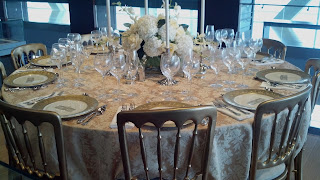 Table setting for a diner given to celebrate the 200th anniversary of the White House. The china has the White House on it instead of the Presidential Seal. 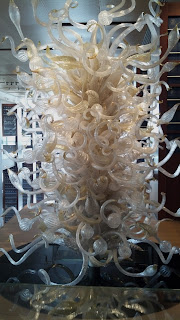 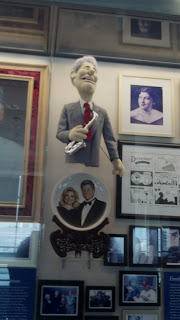 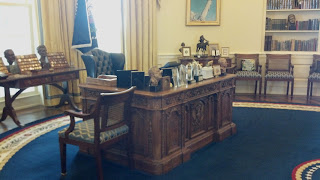 At the end of the day, we decided we liked the Johnson Library much better, for many reasons.  If you ever visit these two facilities, let me know what you think.