Austin is quite the city.  There is music of every kind all over the town, even the grocery stores and what is really great is that it starts at 6:30 and is usually free.   We did our best to sample as much of the city as we could in a week.  We would have liked to stay longer, but the next week was not only spring break but Austin's "South by Southwest" festival that includes two weeks of music, movie, and technology performances and conferences.  No room in the inn or campground.

McKinney Falls State Park is only 13 miles from downtown Austin yet has the feel of a remote wilderness park.  With several 3 mile loop hikes that wind along Onion Creek and past Upper or Lower McKinney falls there is ample opportunity to enjoy the outdoors.  This is the dry season so the falls had little water cascading over the ledges but it gave a better look at the rock formations that are usually covered with water. 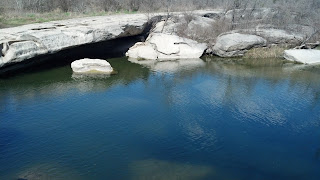 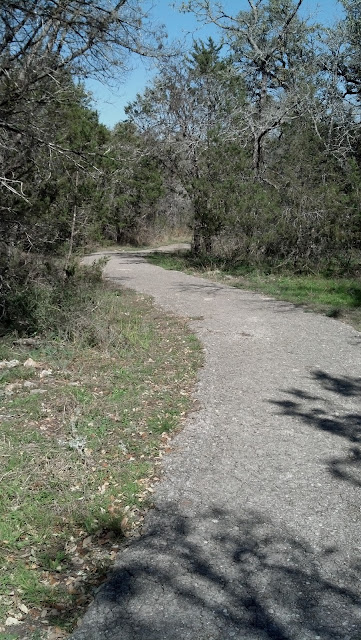 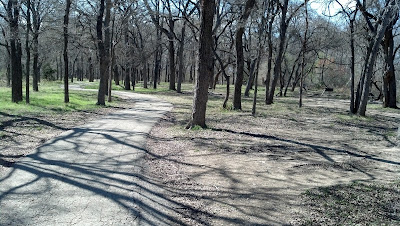 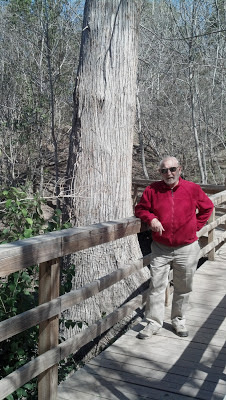 This Bald Cypress tree has been named "Old Baldy". It is over 500 years old and over 60 feet tall. 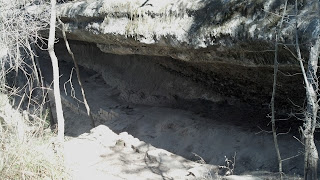 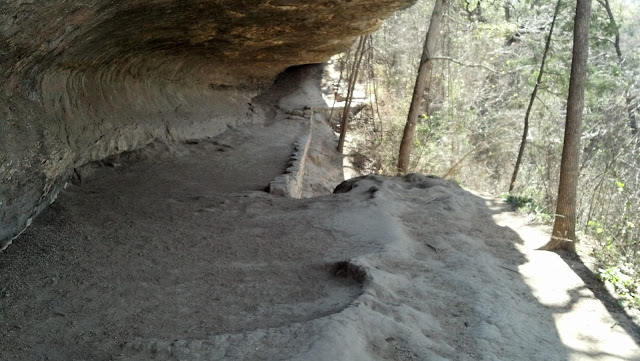 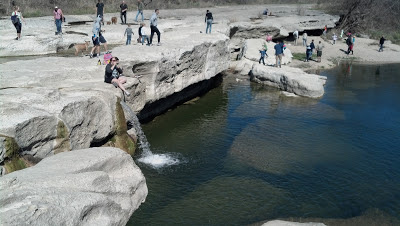 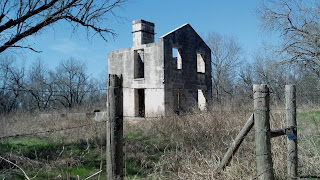 The remains of the McKinney homestead.  Thomas McKinney was a racehorse breeder in the 1800's 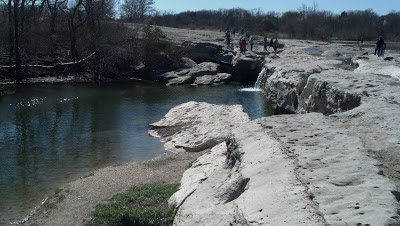 These rock formations are remnants from and old volcano.

Austin is the home of the Lyndon Johnson Presidential Library.  It was impressive to see how much legislation was passed during his presidency.  Johnson will always be linked negatively to the Vietnam war, however, he was able to get many laws passed on conservation, air quality, and civil rights that changed this Country substantially.  The library gave you a look a what a strong personality he had as well as a review of how much turmoil occurred during that time in history. 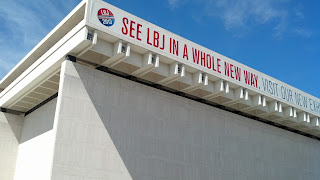 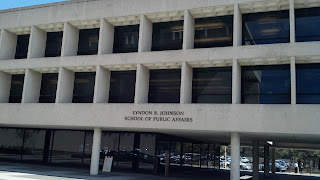 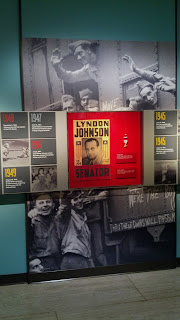 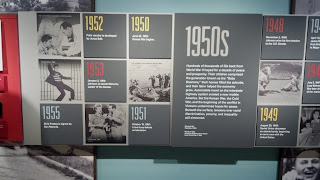 A timeline of his political life ran through one room.  I wish I had photographed the section in the late 60's. 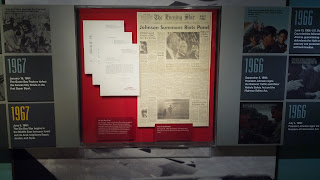 Texas being Texas, there is a beautiful three story building covering the history of the state from native people who lived here for thousands of years, through independence, statehood, oil boom, and the Space industry.  We have learned a great deal of Texas history over the past month. 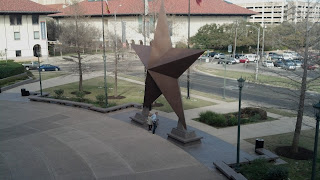 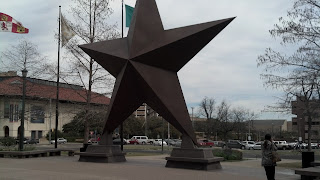 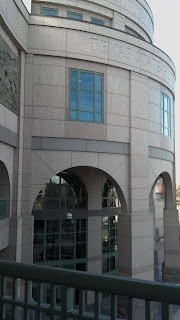 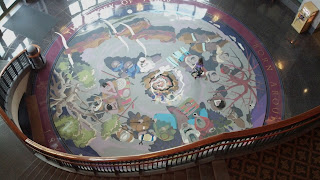 The entrance lobby floor is a mosaic of important events in Texas history. 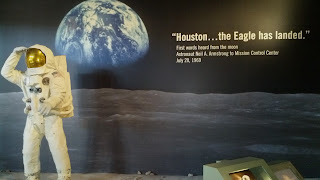 They did not list "Houston, we have a problem"

A fun excursion we took one afternoon was to the Whole Foods Flagship store in downtown Austin.  What an experience!  It was enormous and beautiful.  Every display was artistic and enticed you to want to buy everything. 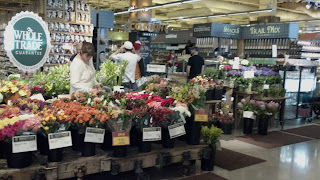 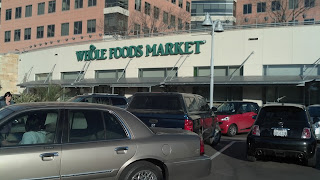 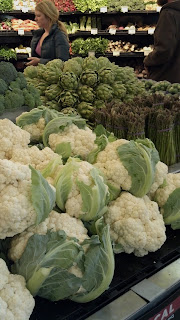 These were the largest cauliflower I have ever seen. 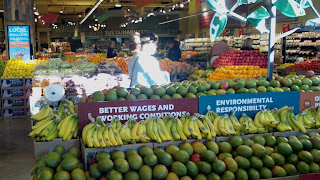 As far as you can see was the produce department. 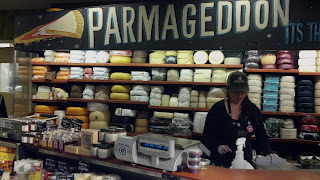 This is only half the cheese counter.  I have not been in the Whole Foods in Portland, but I cannot believe it is this big or this entertaining.

During our week here we attended free performances of Jazz, blues, swing, Cuban, and rock music.  The venues were restaurants, clubs, markets, and sidewalk cafes.  One of the great parts for us "older generation" is that they start at 6:30 in the evening.  The early performers mostly play for tips, but we did attend one performance that we purchased tickets for $10.

One of the performers we heard at a sidewalk cafe was  Phoebe Hunt.  The radio station KDRP  interviewed her and she played for an hour.  She is a local Austin born singer/songwriter/musician who has been living in Nashville for a couple of years but has returned to complete a new CD here on Saturday night.  We really liked her music and personality so we got tickets to the Cactus Cafe at the University of Texas.    phoebehuntmusic.com 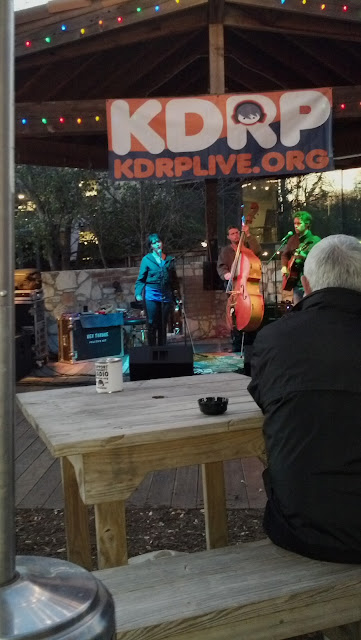 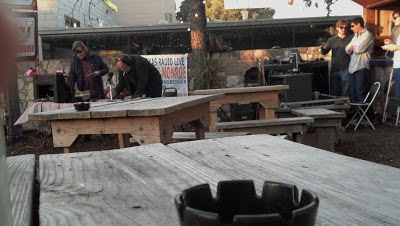 the KDRP staff getting it together 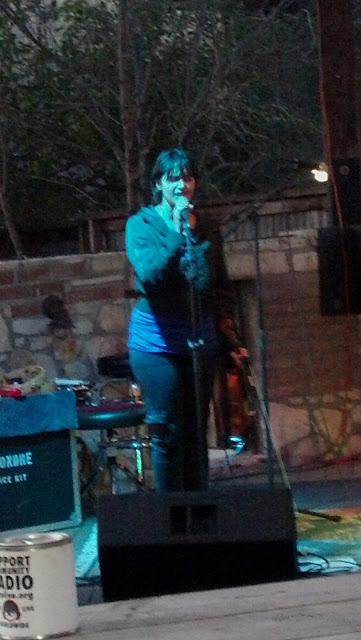 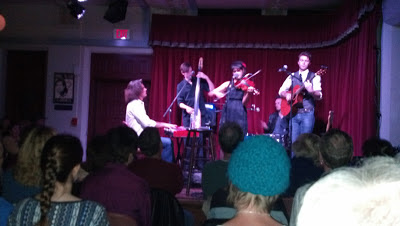 Phoebe Hunt at the Cactus Club

We hope to stop back in Austin on our way home.
Posted by cooktravelogue2007-8.blogspot.com at 11:56 PM