After visiting Lillian, the remainder of Alabama, Mississippi, and Louisiana  were passed through quickly.  Although in Mississippi a planned stop at the Desoto National Forest, which looked like a fun adventure, did not materialize.   There is a river that runs through the park where you can rent kayaks to float down and have a shuttle pick you up at the other end.  However, when we got there we found out they think it is winter here and this service does not start until March.  Adjoining this National Forest is Paul Sullivan State Park where we stayed two nights in order to take in a yearly Chili Cook off event.

A local chapter of the Gold Wing Riders Motorcycle Club puts on this chili cook off as a fund raiser annually. I think we were the only couple there who did not arrive on a bike.  Vehicle plates were from as far away as Tennessee.  A  park ranger said they expected over 250 motorcycles. 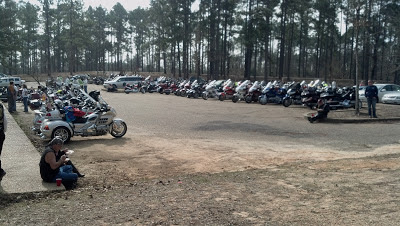 Ten huge pots of chili, ranging from mild to "Hot and Spicy", filled the picnic shelter. 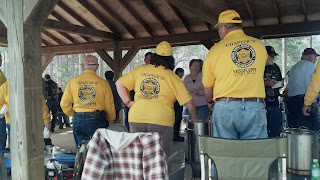 This lady in the middle used her circus barker voice to shout "Get your Hot and Spicy here." 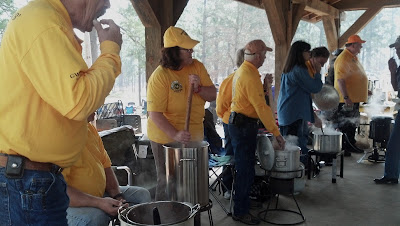 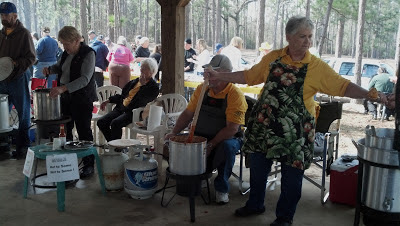 A group organizer helped us find the 50/50 ticket seller and the donation box.  No charge for the chili!  Well, we did have to bring our own crackers!  Fun day, friendly people.

Finally we made it to Texas on January 29th.  First stop Galveston.  Galveston State park is right on the beach and the first night there the winds were strong enough to make our little pop-up feel a bit insecure.  The next day dawned bright, clear and windless.  Thank you. 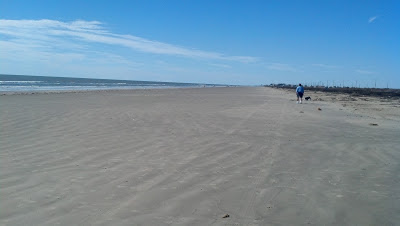 Winter on southern beaches.  Love it. 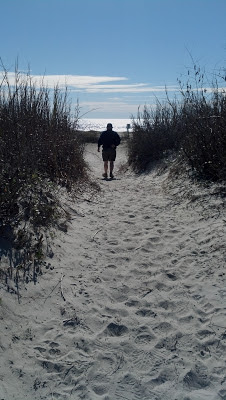 the path between the campground and the beach.

With the wind down but temperatures still a bit chilly we went a bit inland to Texana Lake.  This used to be a State Park but cuts in funding moved this park to the local river authority.  Large oak covered sites on a man-made lake make it our newest favorite place. 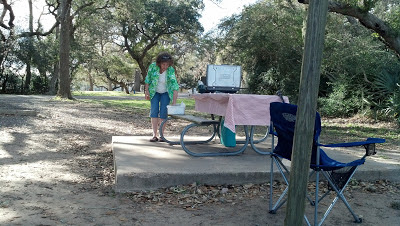 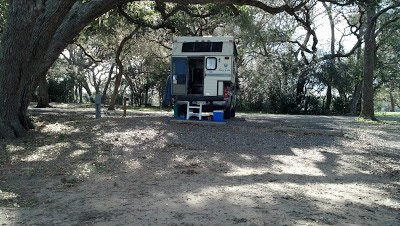 The nature center held a raptor program on Saturday, which was well attended.  The speaker was Doris Mager.  She was quite an interesting woman.  While volunteering at a park in North Carolina, someone brought in an injured  peregrine falcon.  She saw it had an infected talon, soaked it in Epsom salts, and so began her life-long association with raptors, which includes 30 years working with injured eagles, and all other raptor birds.

She is now in her 80's and still travels the south doing educational programs with her birds.  That day the star performer was a great horned owl.  She told how in an enclosed building she lets this owl loose to fly around the room.  Kids love that.  He usually comes right back to his perch after a couple of circles.  We were outside so that was not possible unless someone volunteered to climb the highest tree in case he decided not to return when called. 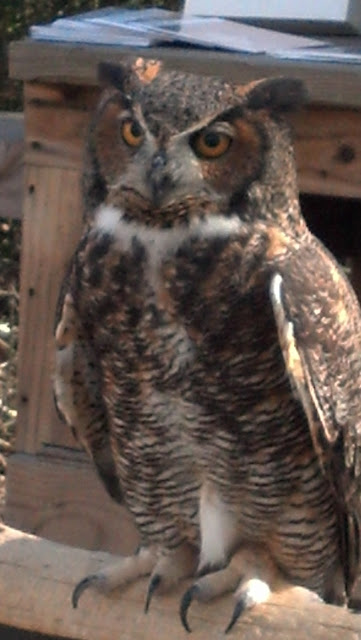 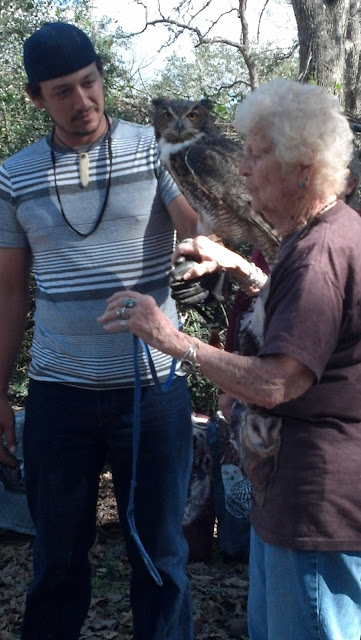 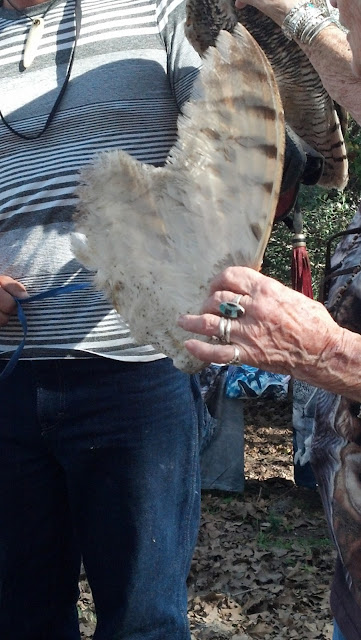 Doris brought an owl wing to explain how owls are able to fly silently. Their wings have tiny eyelash-like hairs along the forward edge of the wing that lets air pass through without sound and comb-like feathers on the bottom edge that break down the turbulence in the air into smaller currents that create no noise.

A strong volunteer agreed to handle the owl while Doris explained how to hold the lines and the straps on his talons, which I think were called jessies.  For about a 15 minutes talk, the volunteer held the owl on his outstretched arm, eventually using his other arm for support.  When asked how much he thought the bird weighed, he said 12 pounds.  The bird actually weights 3 pounds but on an extended arm it feels much heavier.

She also brought a Kestrel (sparrow hawk) and a tiny screech ow. 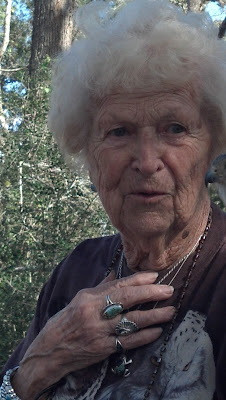 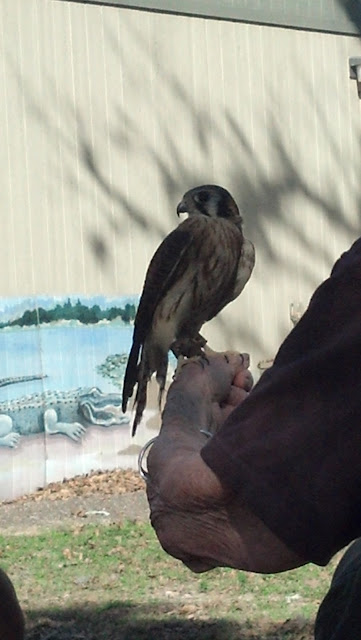 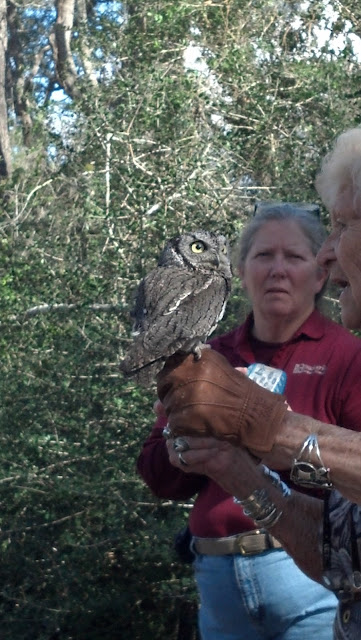