This mission is the reconstruction of the original 1749 church, workshops, and housing buildings which were allowed to deteriorate after the mission was closed due to the loss of their cattle based economy.  The mission is on the grounds of the Goliad State Park. 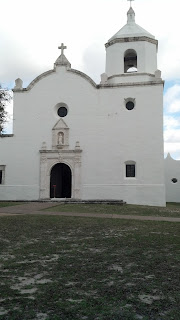 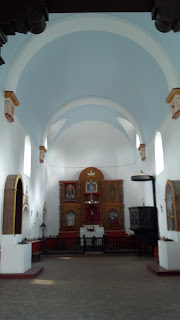 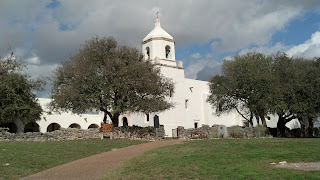 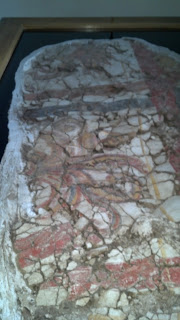 This section of a painted wall was found during reconstruction 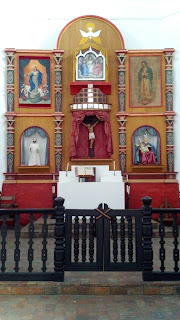 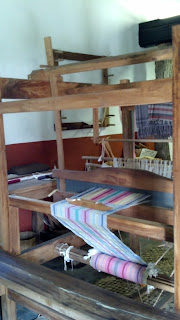 Displays in the reconstructed workshops


Downtown Goliad has a beautiful City Hall building.  The historical marker out front tells about the "hanging tree" in the yard where instant justice was carried out.  Trial in the morning, hanging immediately after.

The Presidio La Bahia
("The Fort of the Bay")

The Presidio, a short distance down the road from the mission, was original built in 1749 as a response to encroachment by the French into the Spanish areas of Texas. Most note worthy in its long history is the fact that the first Declaration of Texas Independence from Mexico was signed here in 1835 by 92 citizens.  It is also the site where more than 300 Texas fighters were executed by order of Santa Anna only one week after the famous Alamo.  The Alamo and the massacre at Goliad were the two events that spurred increased support for Texas' fight for independence. 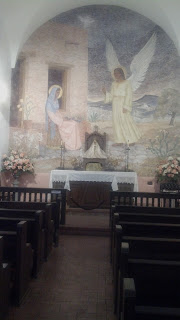 Our Lady of Loreto Chapel was erected for the sole use of the soldiers in the fort.  This chapel has been in continuous use since the 1700s.  It is one of the only buildings in existence that has its original "groin vaulted ceiling" in place.  The remaining parts of the Presidio were restored in 1960 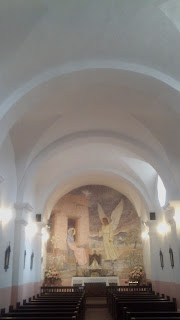 Interior of the chapel 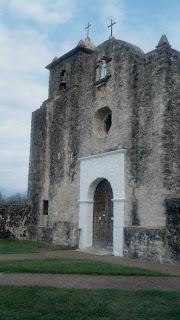 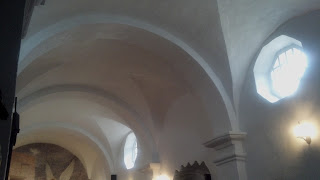 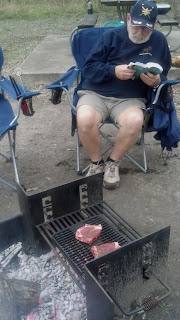 That night we had great steaks cooked over the open fire.  The fire pits had built in grills that could be raised or lowered.