From Goliad we moved north and west to Guadalupe River State Park.  The location here is between San Antonio and Austin with many interesting small and historic towns in the area that we wanted to investigate. 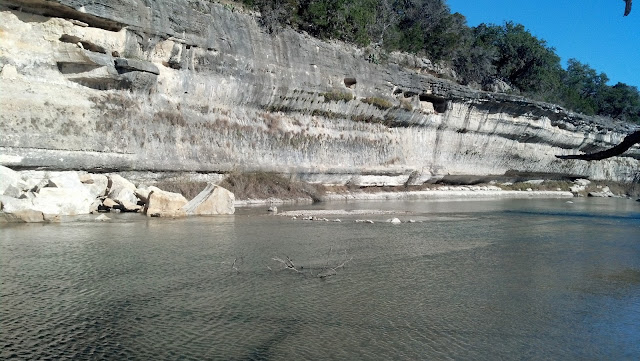 Stunning limestone cliffs on the opposite bank from a picnic ground 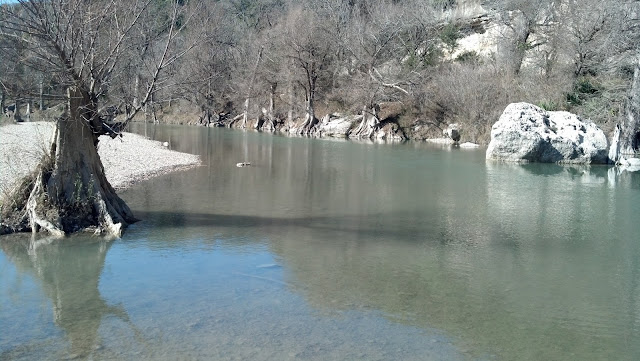 The river looks blue in this photo, however in reality it is very green from the minerals in the water


There is a separate sections in the park for campers with electricity and water,  for tents only and one for picnics.  This is the playground at the picnic area.  Nearby is a Discovery Center that presents programs for kids every weekend.  Along the paths that line the river there are frequent cement circles with animal tracks imprinted in the slab.  A fun feature to spark kids interest 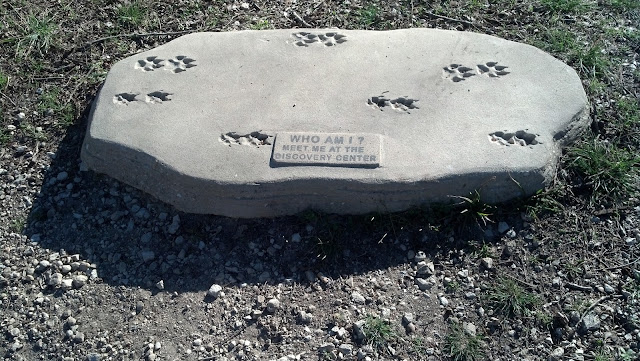 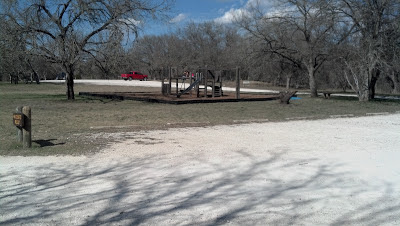 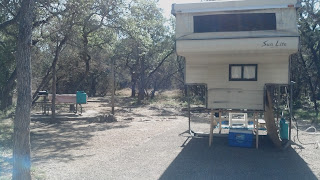 For the very first time, we took the camper off the truck.  This allows us to go off for the day and not have to put everything away and close up the pop-up part of the camper.  We are really liking this. 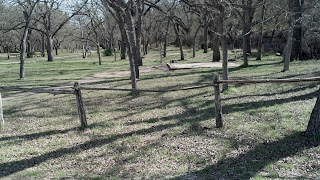 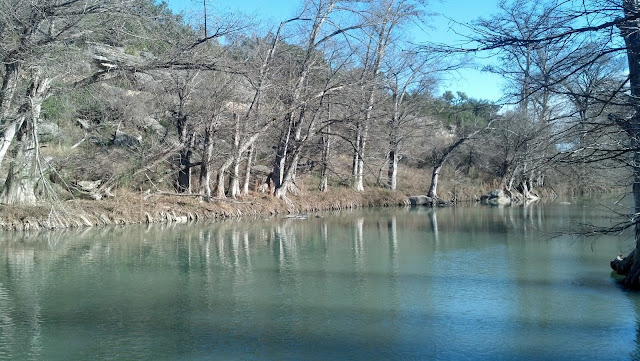 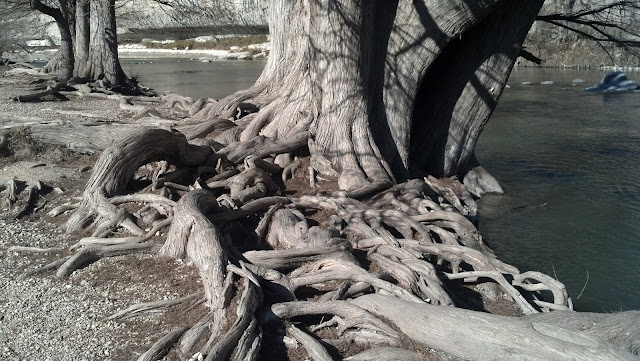 Bald Cypress line the banks with root systems that look like Medusa.

The park includes a preserve called Honey Creek.  Each Sunday volunteers offer a guided tour of the local vegetation and geology on the trail leading to the protected spring fed stream.  Our volunteers, two retired gentlemen one a geologist and the other a biologist, entertained the seven people in our group with interesting facts about plants, rocks, and soils. 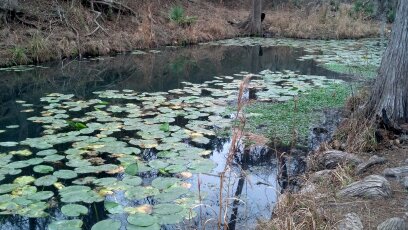 Honey Creek.  Unfortunately our trail did not continue as far as the cave where the spring originated.  Our guides said it was still being explored for passages deeper within the cavern.
Settlers in this area carried their water from this communial spring. 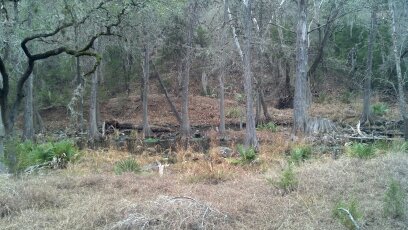 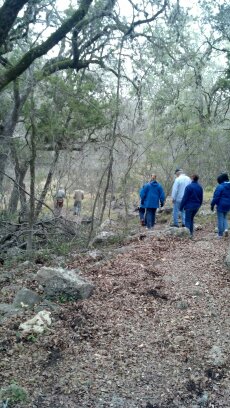 Originally we planned to stay here for five days but we like the park so well, and there are so many interesting places near by, we extended our stay here until February 26.  So far so good, but we'll see if we can stay put in one place that long.