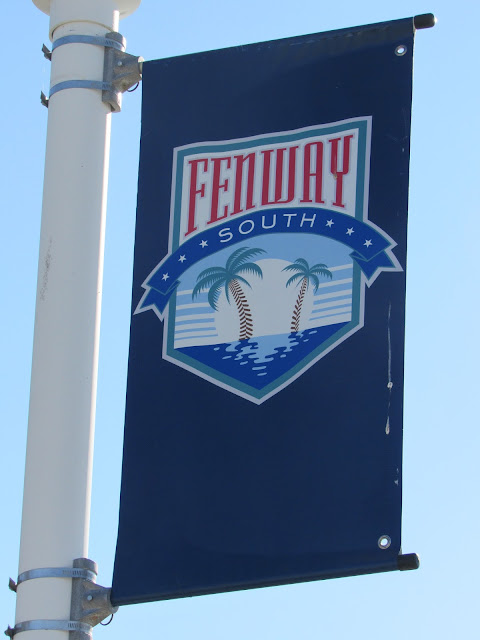 With a desire to get some pictures of the Red Sox spring training facility for Jacob, we headed to Jet Blue park, which is only half an hour from Naples. 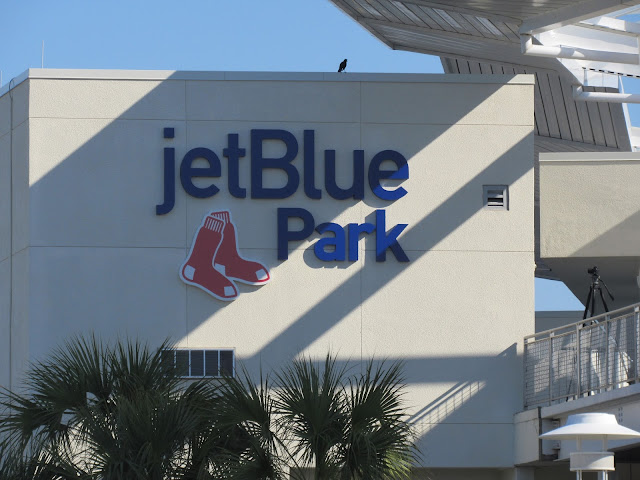 There were only 6 or 8 cars in the parking lot when we arrived, so we assumed the park was closed.  Walking around, looking for the best spots to take pictures, resulted in checking out some of the great logo art on the building. 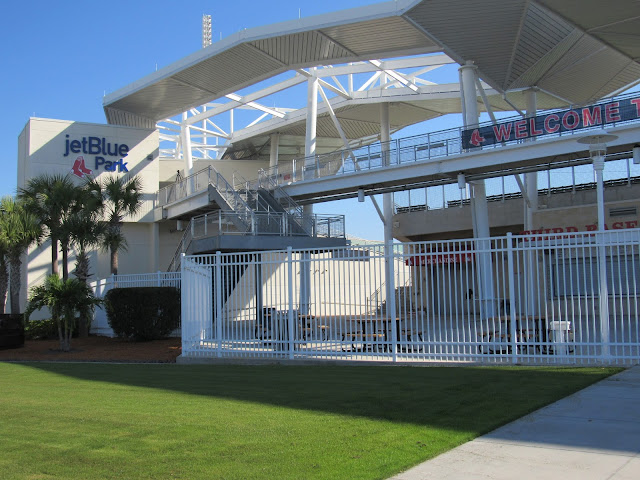 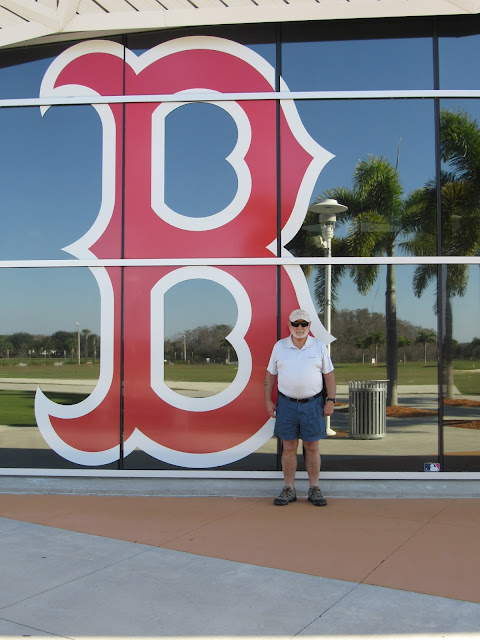 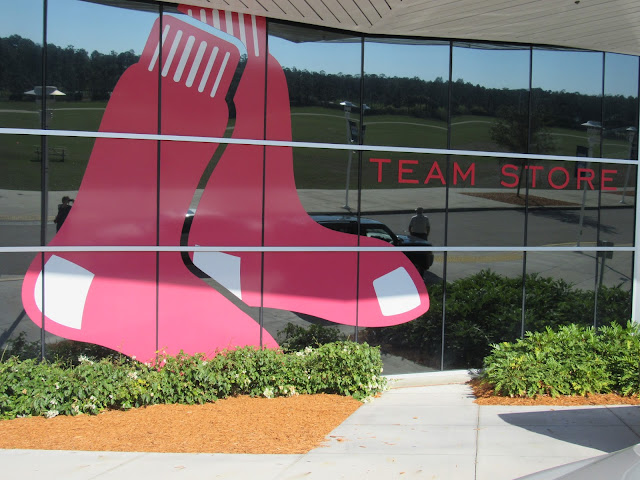 We found the Team Store, but it was closed on Saturday.  Looks like another trip on Monday!

The outside grounds featured many tributes to famous Red Sox players.  This statue of Ted Williams was very impressive 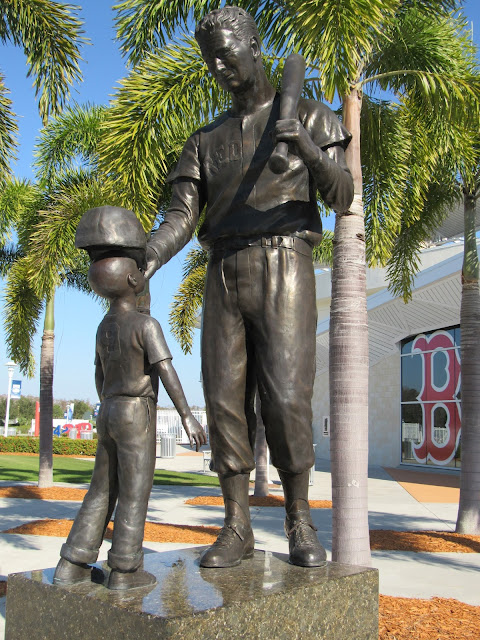 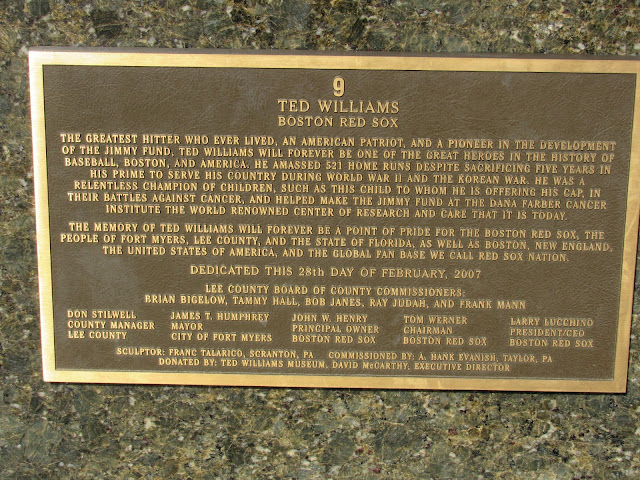 Stylized numbers, from some of the well know alumni, were scattered along the walkway. 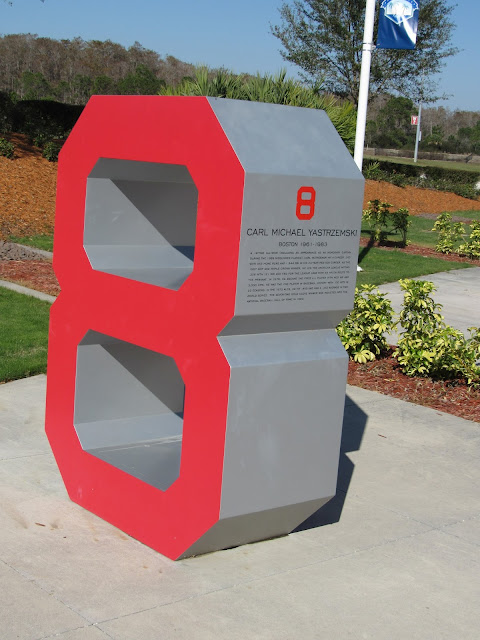 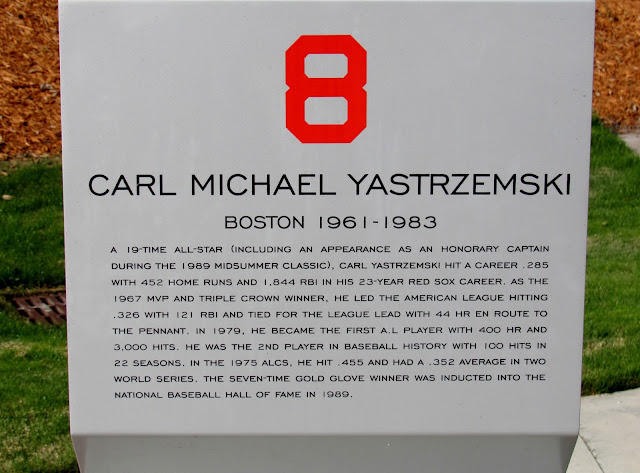 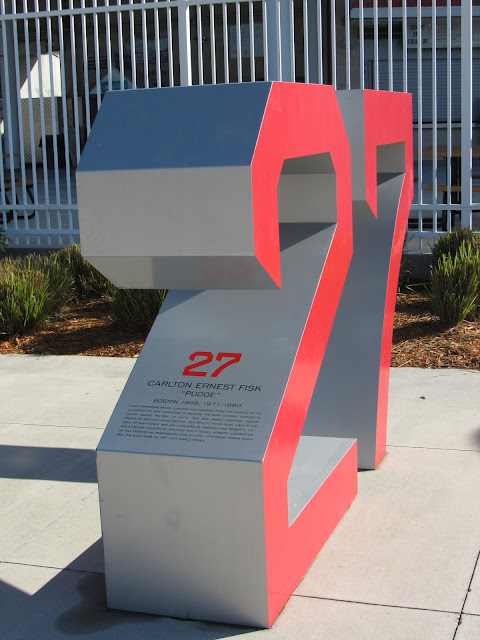 After wandering around the outside for awhile, we found an open gate and went into the park.  There was a game in progress.  The players looked a bit older than usual, and a bit out of shape for professionals, so we were not sure what that was about. 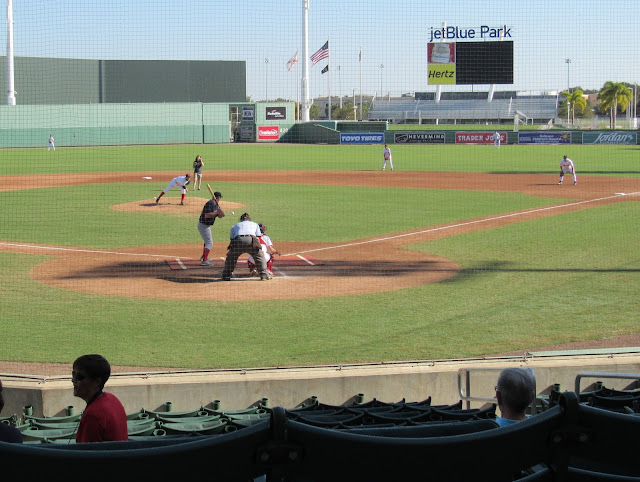 We must have looked confused because a park employee stopped and talked to us.  The "what" was the final game at the end of Fantasy Baseball Camp. The link provides information about the camp, including the cost and the names of the Red Sox alumni who make up the coaching staff. 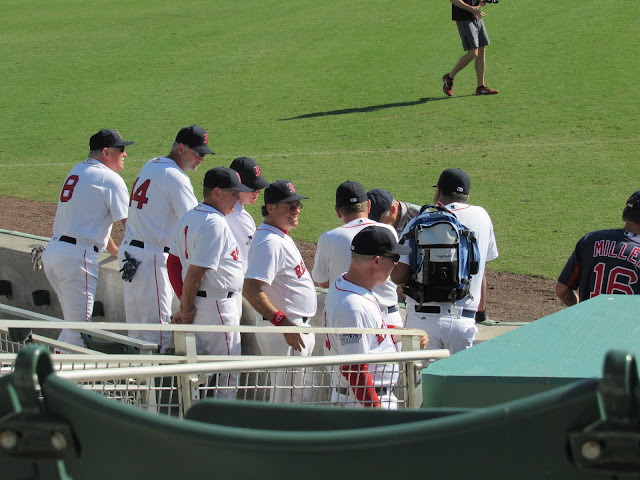 The game this day was the final game of the camp, where the attendees played the Pros from the coaching staff.  Over the public address system Marlin heard several names of Pro players that he remembered, such as Oil Can Boyd, Butch Hobson, Rick Miller, Troy O'Leary.  There is a list of coaching staff/pro players on the website. 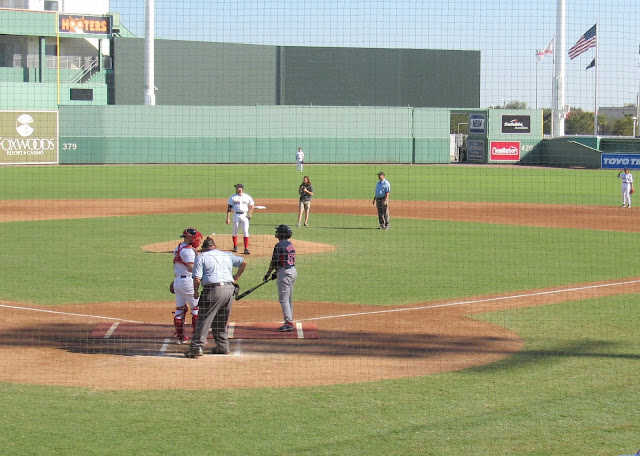 Rules for attending this Fantasy camp do not include requirements for skill, or physical condition.  If you are over 30 and have $5,000 plus, you can be part of this week long camp.  They get a full week of coaching from the professional players, complete Red Sox uniforms, accomodations, and  transportation to and from hotels.  Quite a dream for someone who loves baseball. 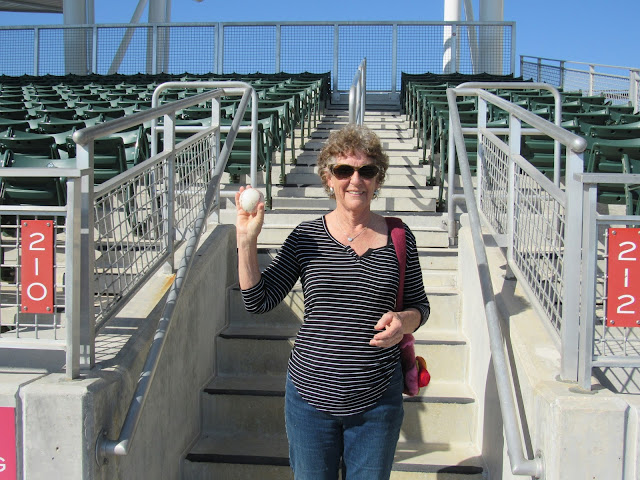 As we stood and watched the game, a foul ball was hit into the stands near where we stood.  There were no other spectators near by, so, after chasing it down,  I got to keep the ball.
Posted by cooktravelogue2007-8.blogspot.com at 9:30 PM