One of the projects Marlin worked on in March was the construction of four new Screech Owl nesting boxes.  Sherry researched plans on line, Marlin purchased the materials and went to work. 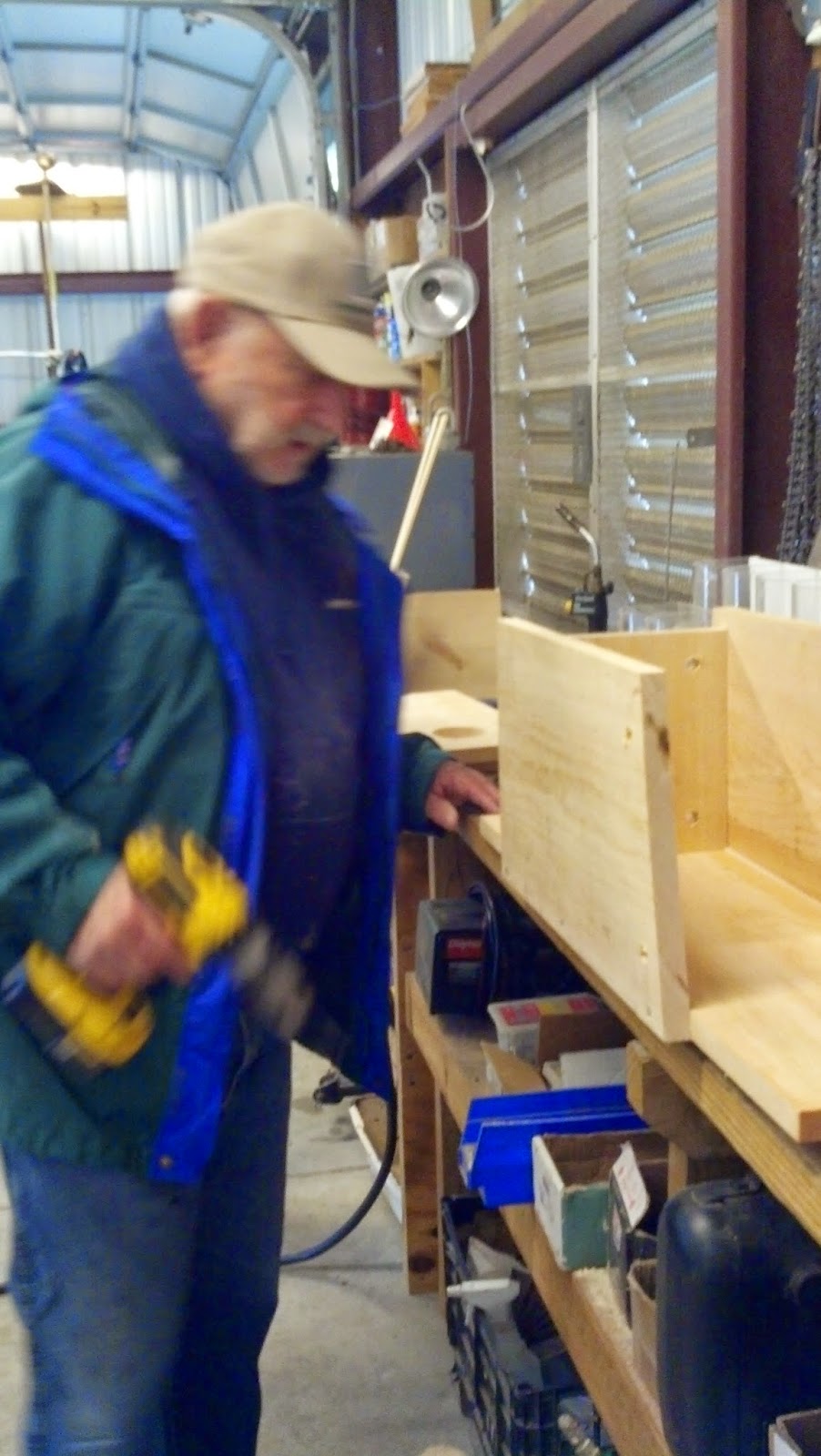 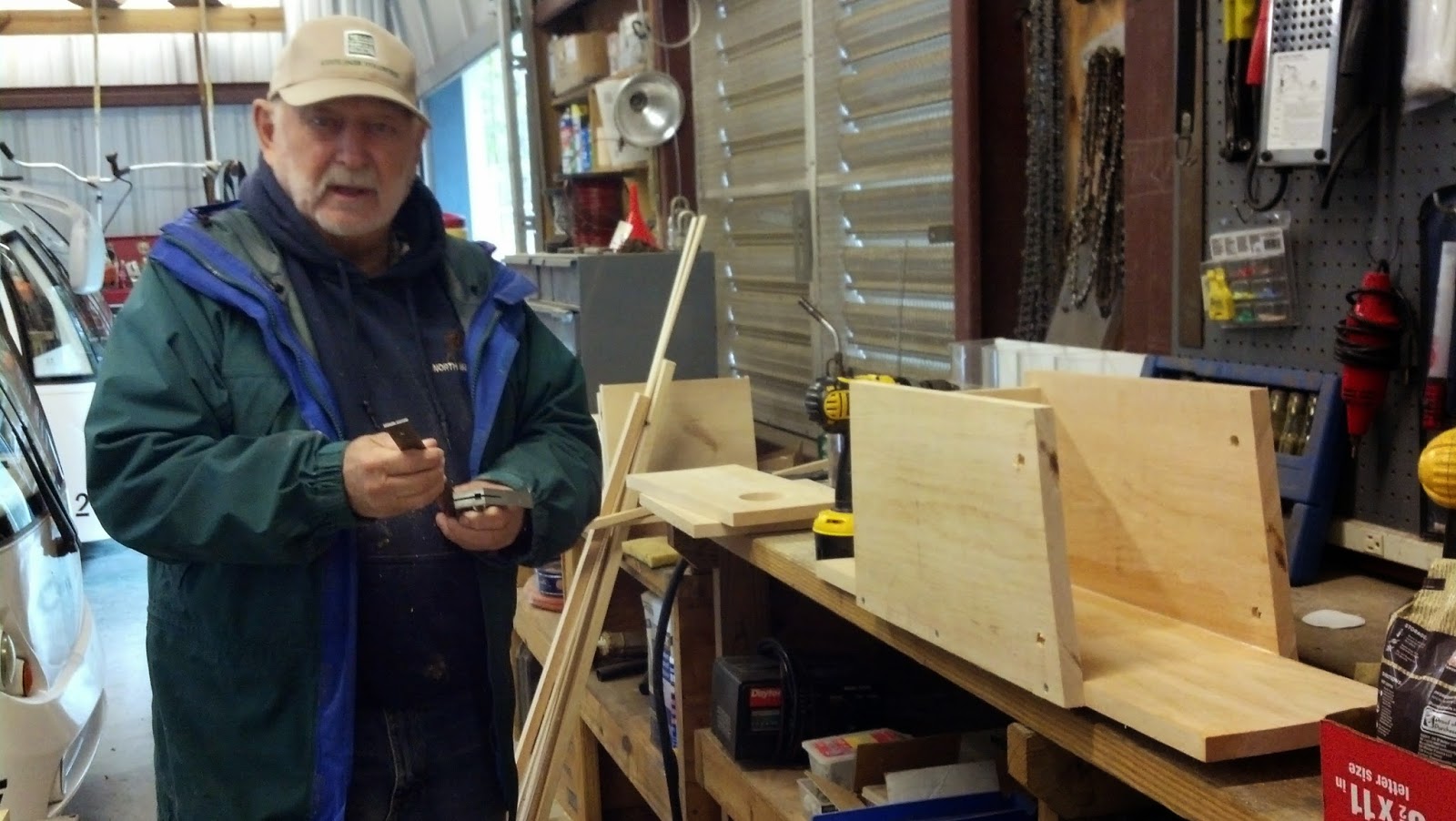 He worked on the boxes in the maintenance garage, in between his other daily jobs, especially on cold and rainy days. 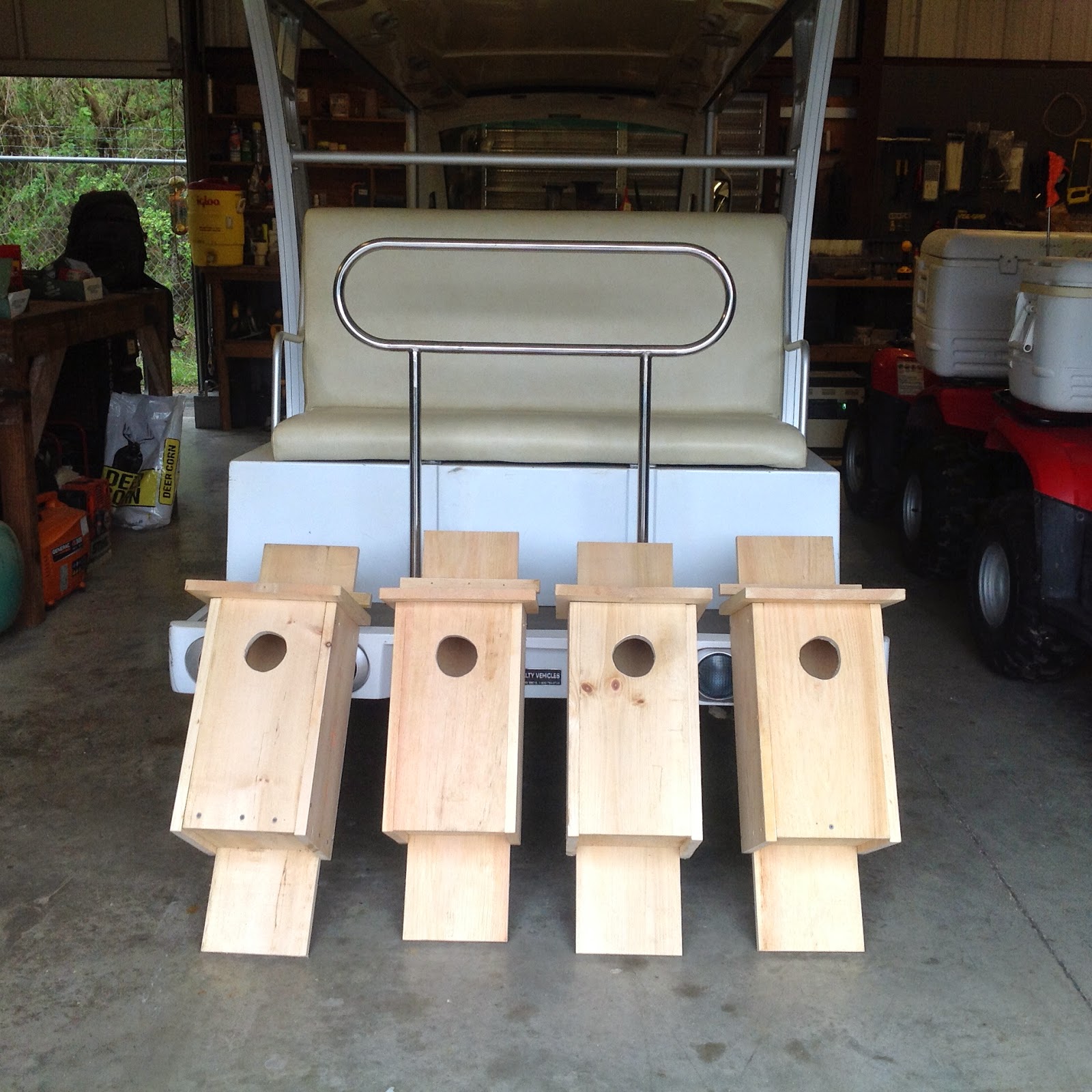 The finished product.  There was one old box that was taken down because it was too close to the bicycle shed and not used.  It needed some repairs, but was usable when patched up.

Naturally, when the boxes were ready, Mother Nature brought in some very cold, windy, weather with rain that came down in sheets.  Eventually the weather straightened out so the boxes could be put up before nesting season was over. 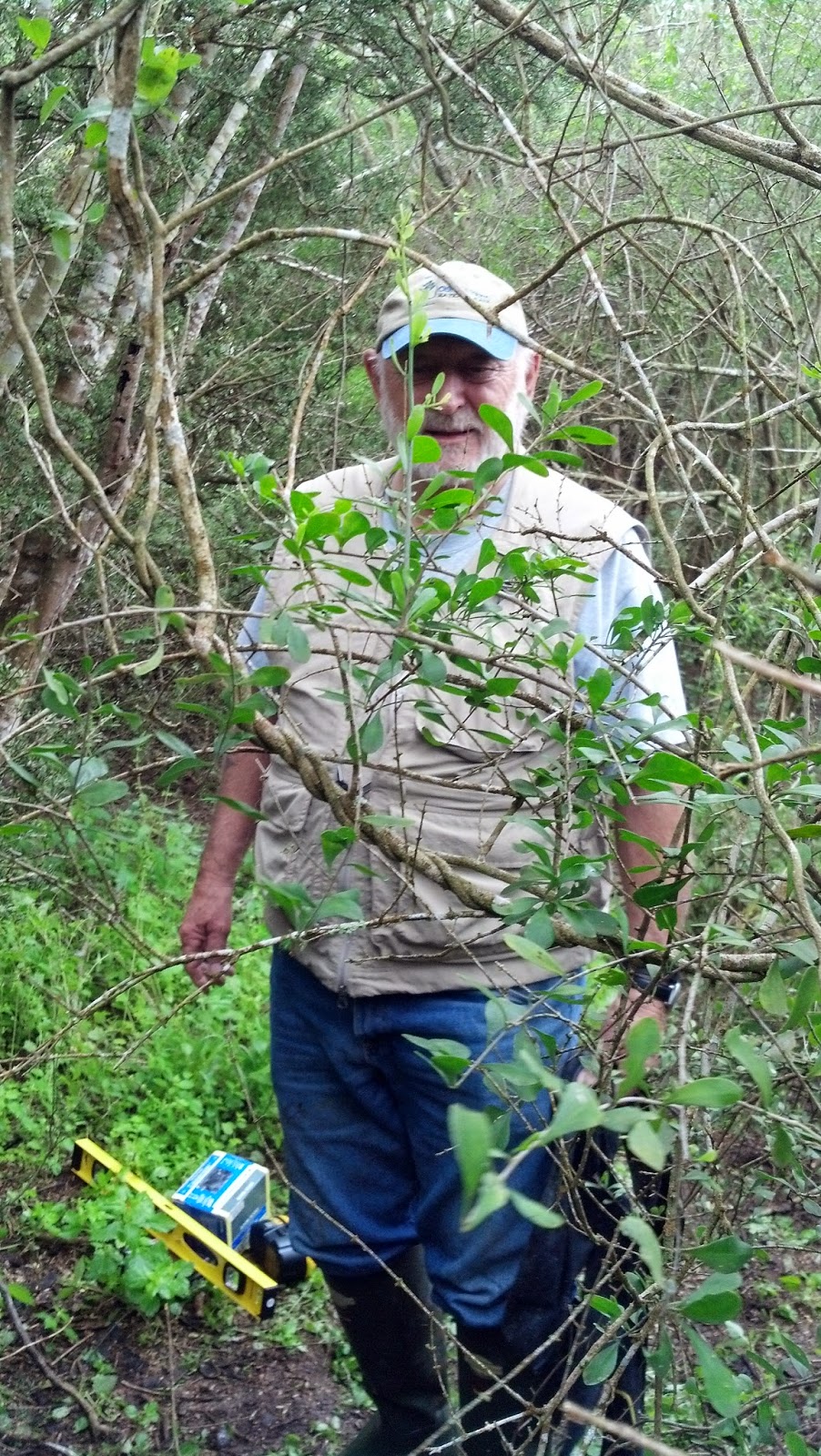 Pushing through the thorny brush to find the "just right" tree.  The boxes need to be a minimum of 10 feet high and they should face south west.  Lots of easy access trees did not meet that criterion. 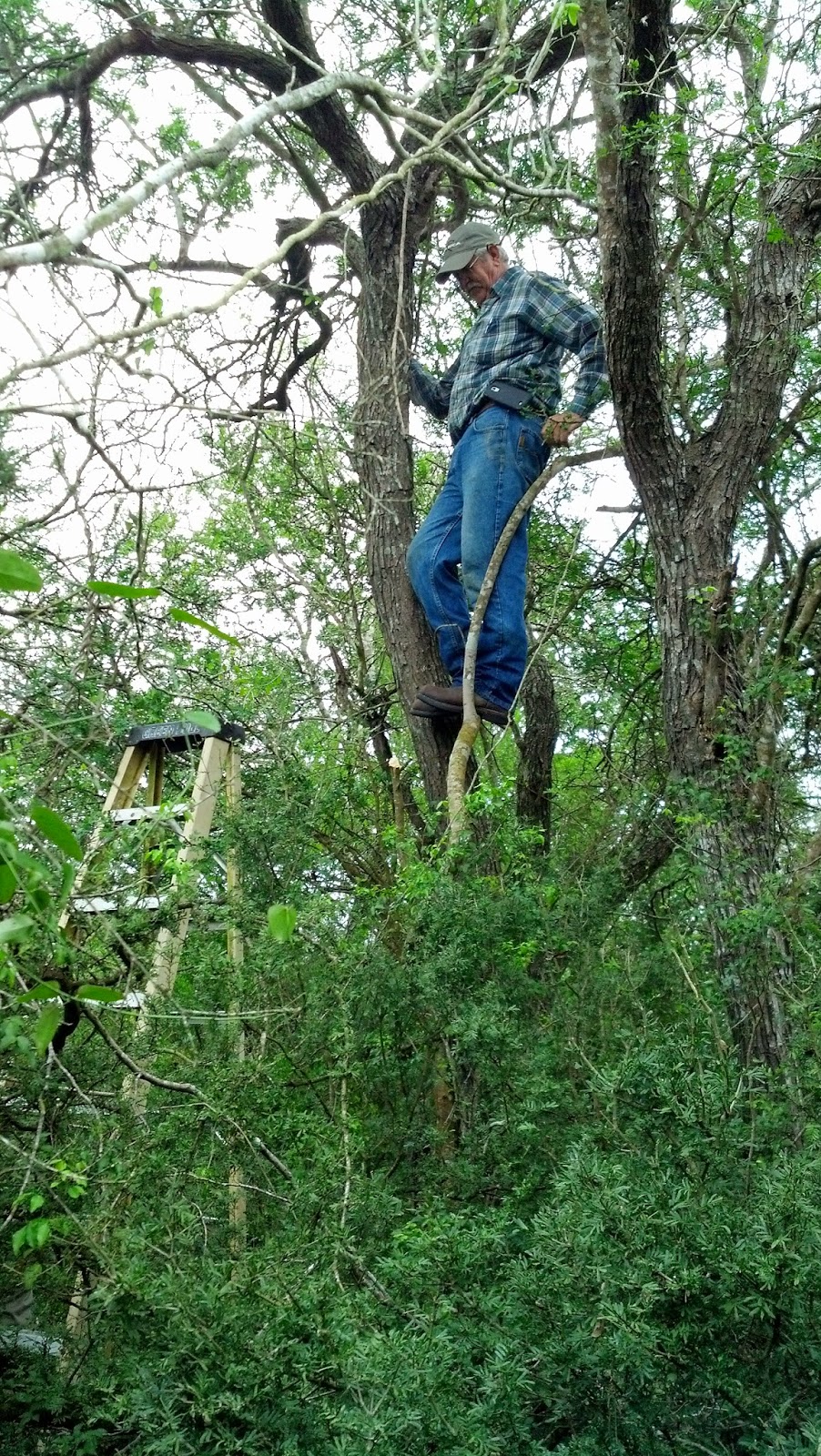 Kieth, a Master Naturalist volunteer, climbed up to test how the box could be attached to the tree 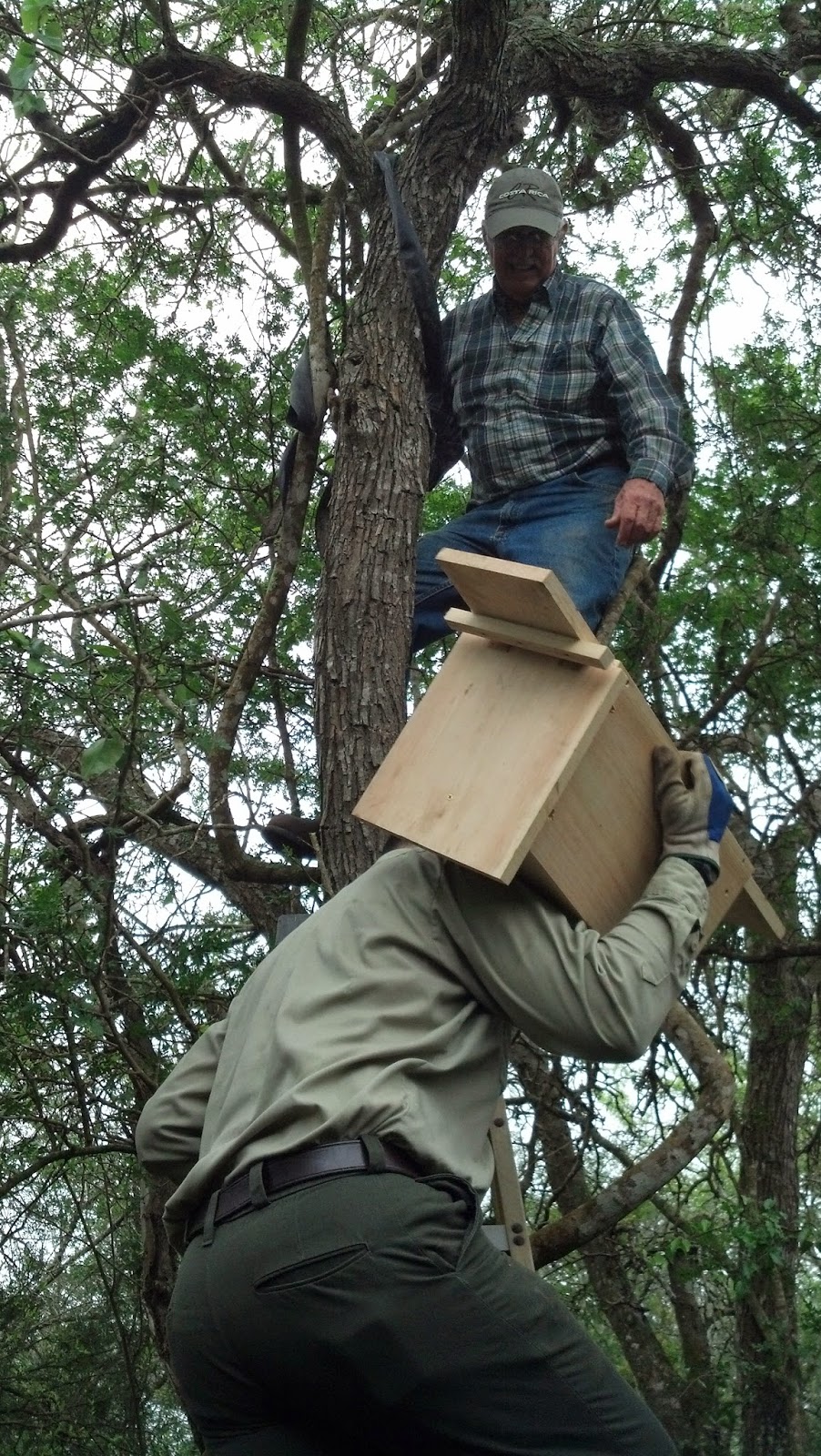 Richard, one of the Park Rangers, carried the box up to Kieth and helped him secure it to the tree. 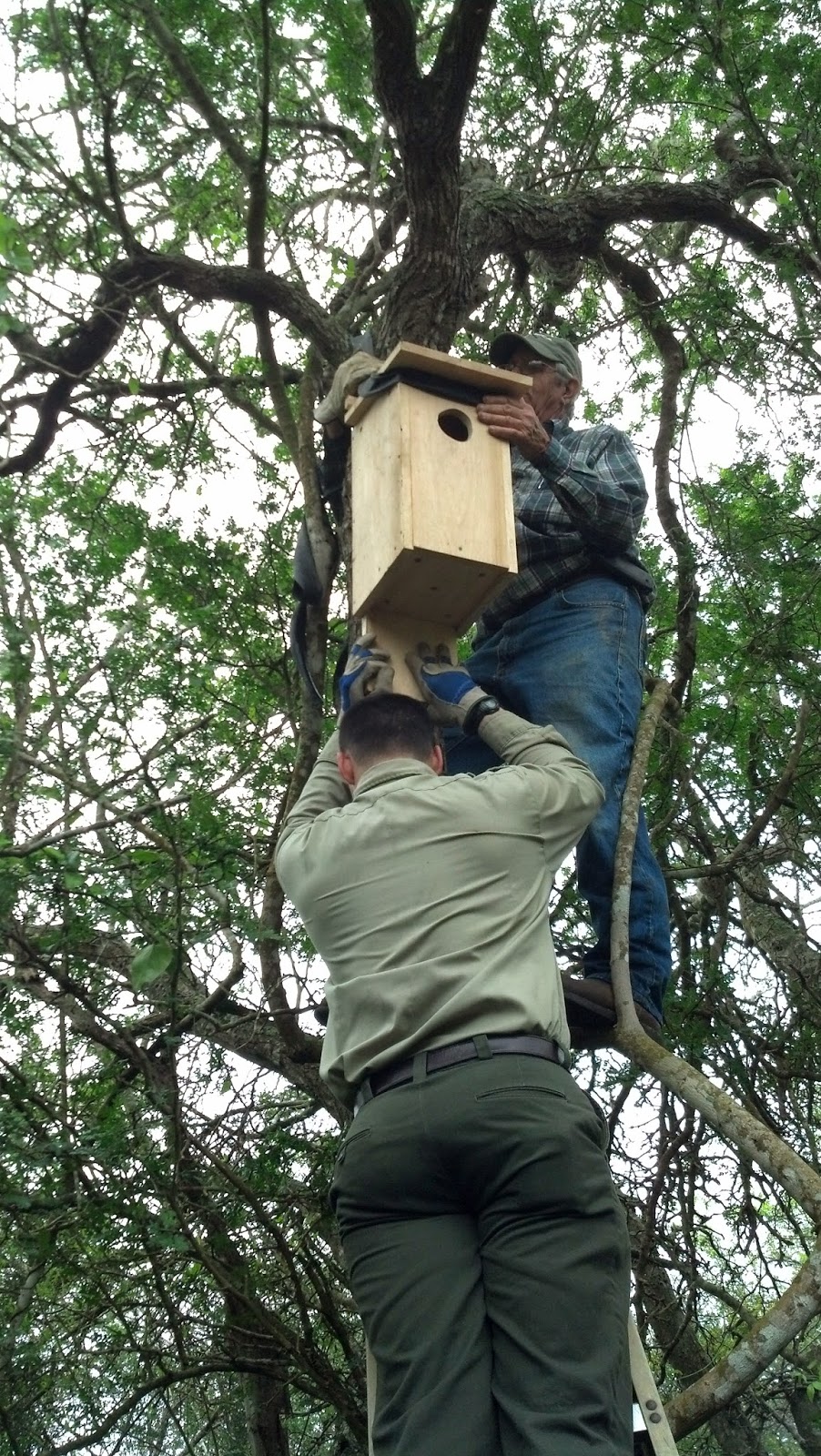 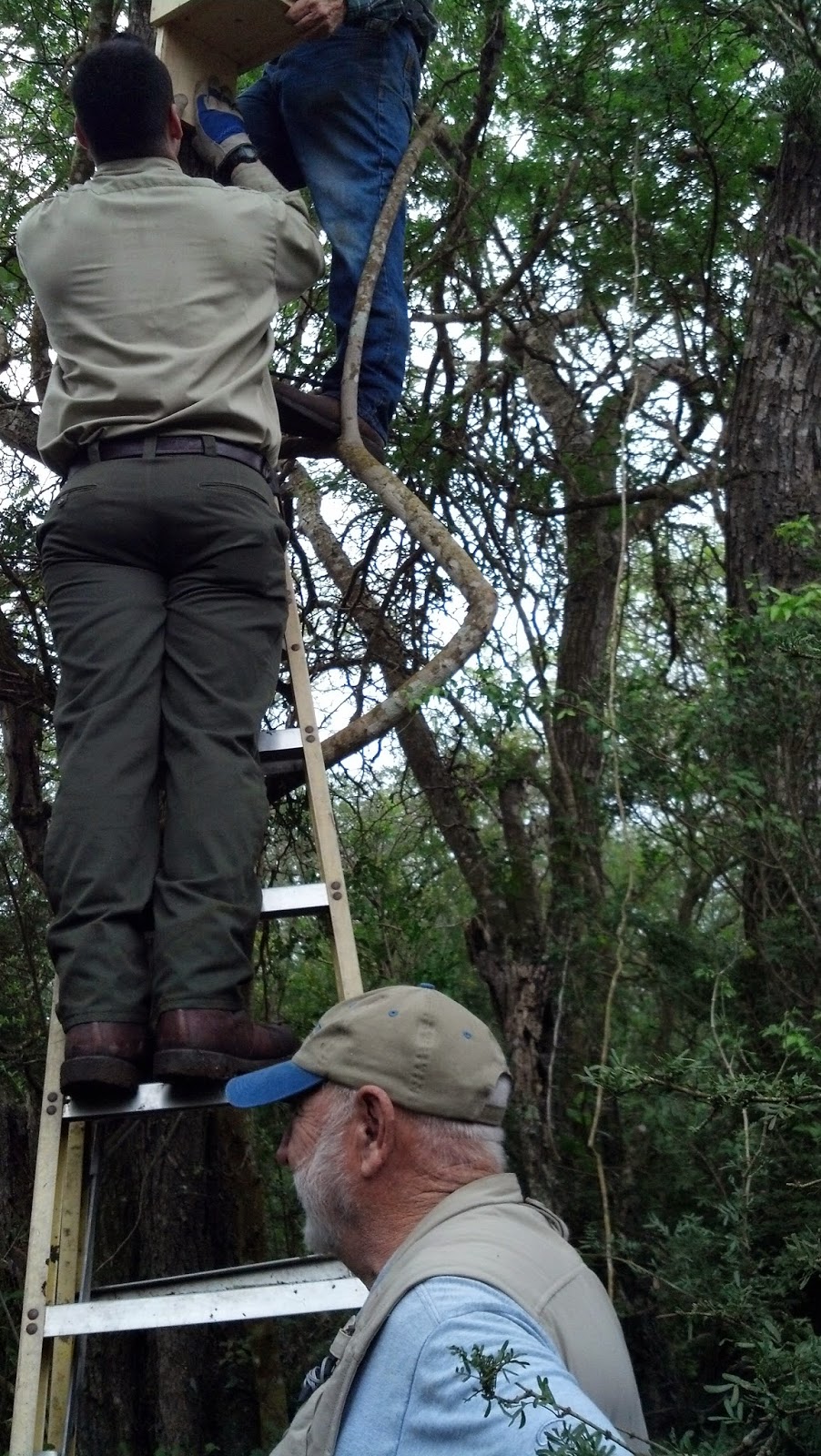 The boxes were  held to the tree using old bicycle inner tubes.  The tubes will stretch as the tree grows and will not cut into the bark.  Great team effort.  Marlin didn't even have to get on the ladder. 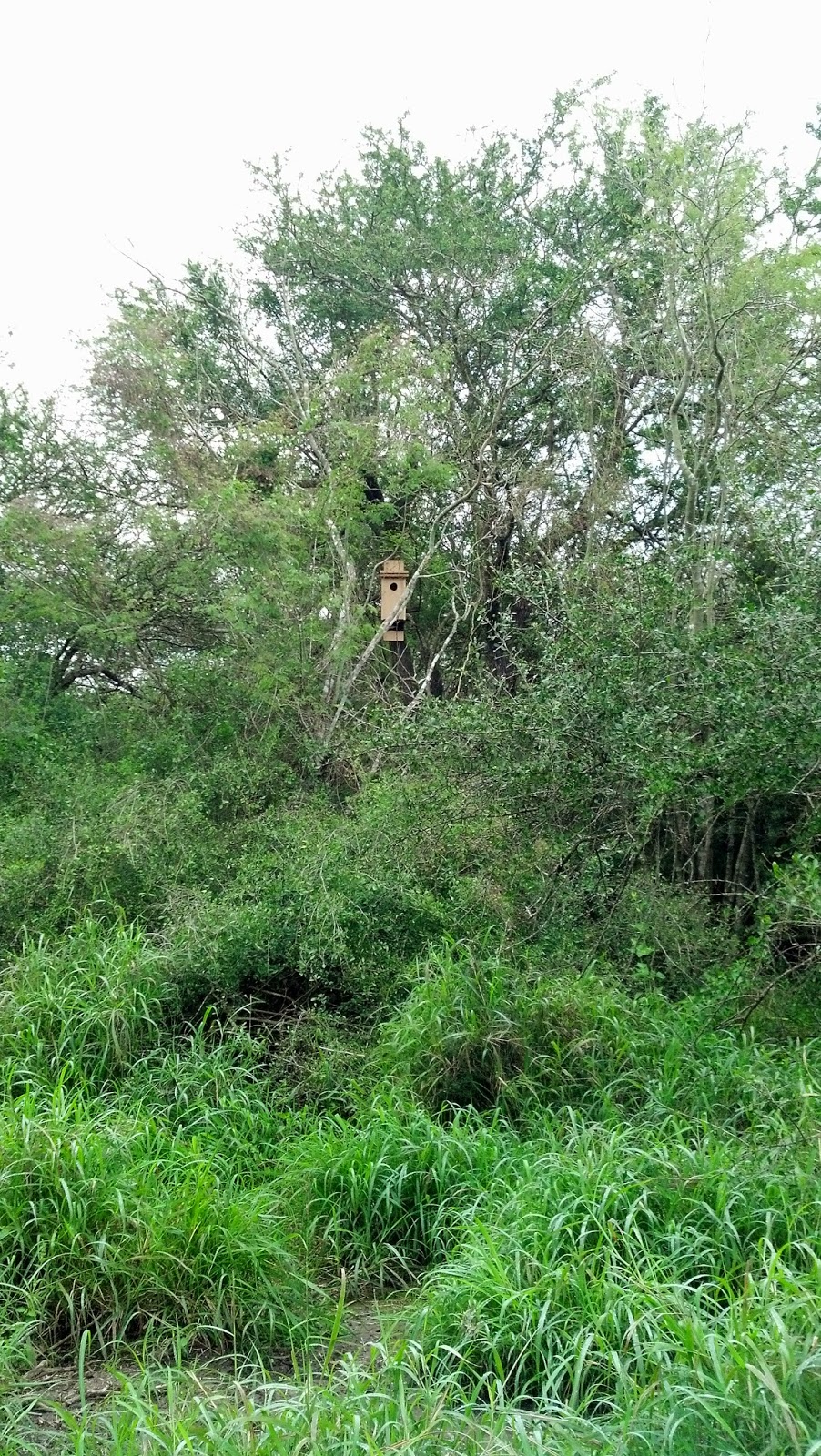 A view of the box from the tram road. 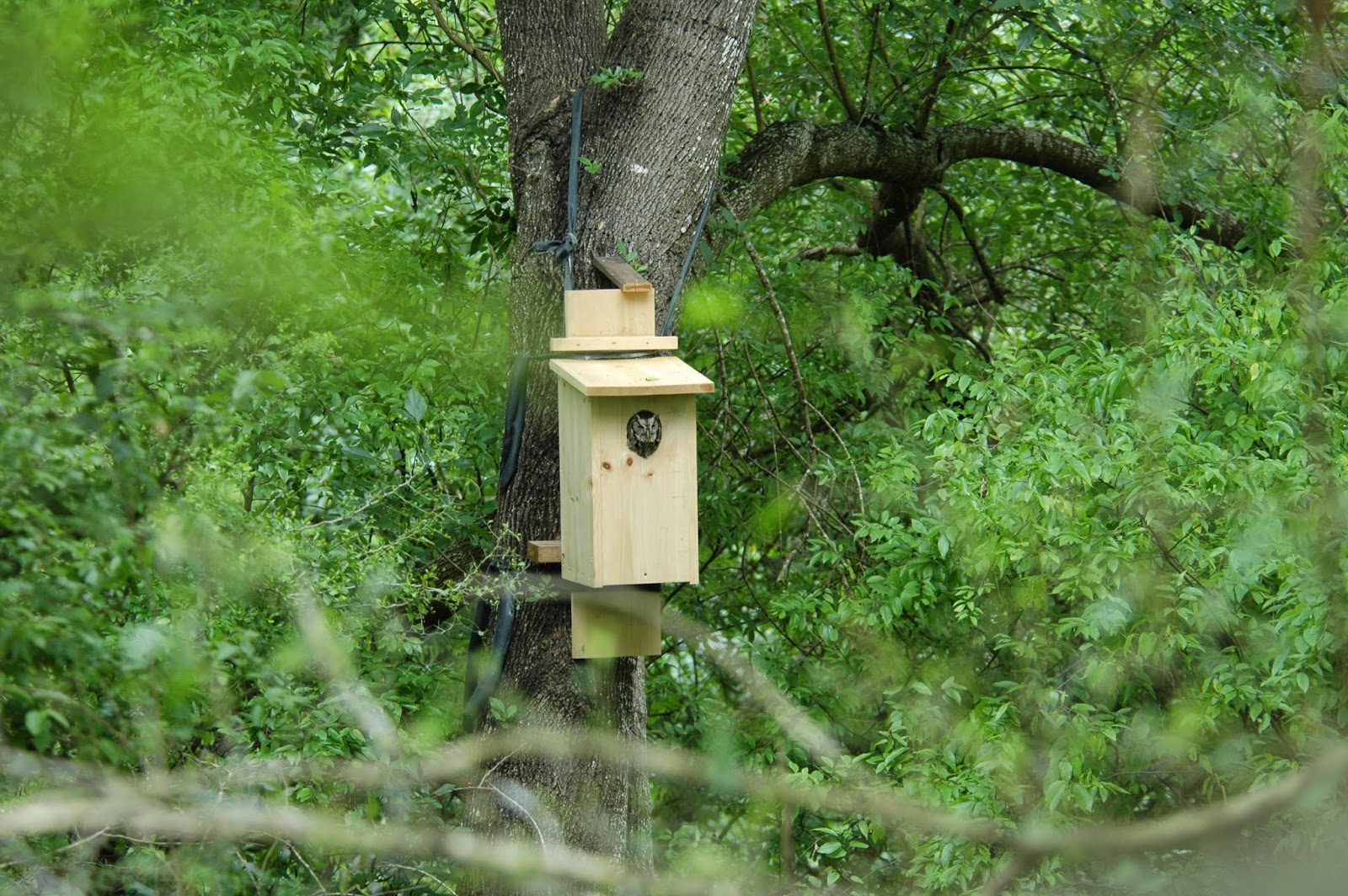 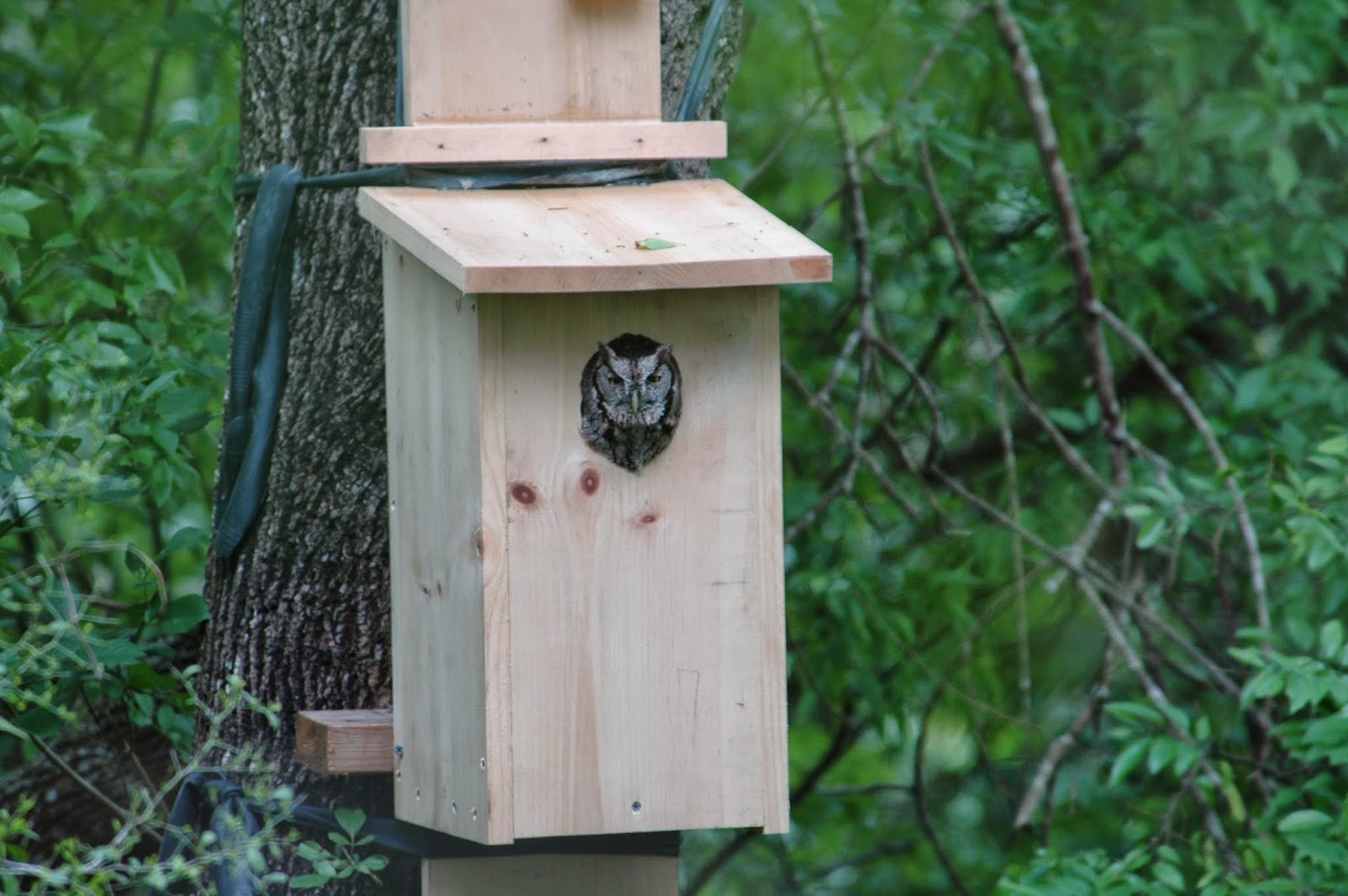 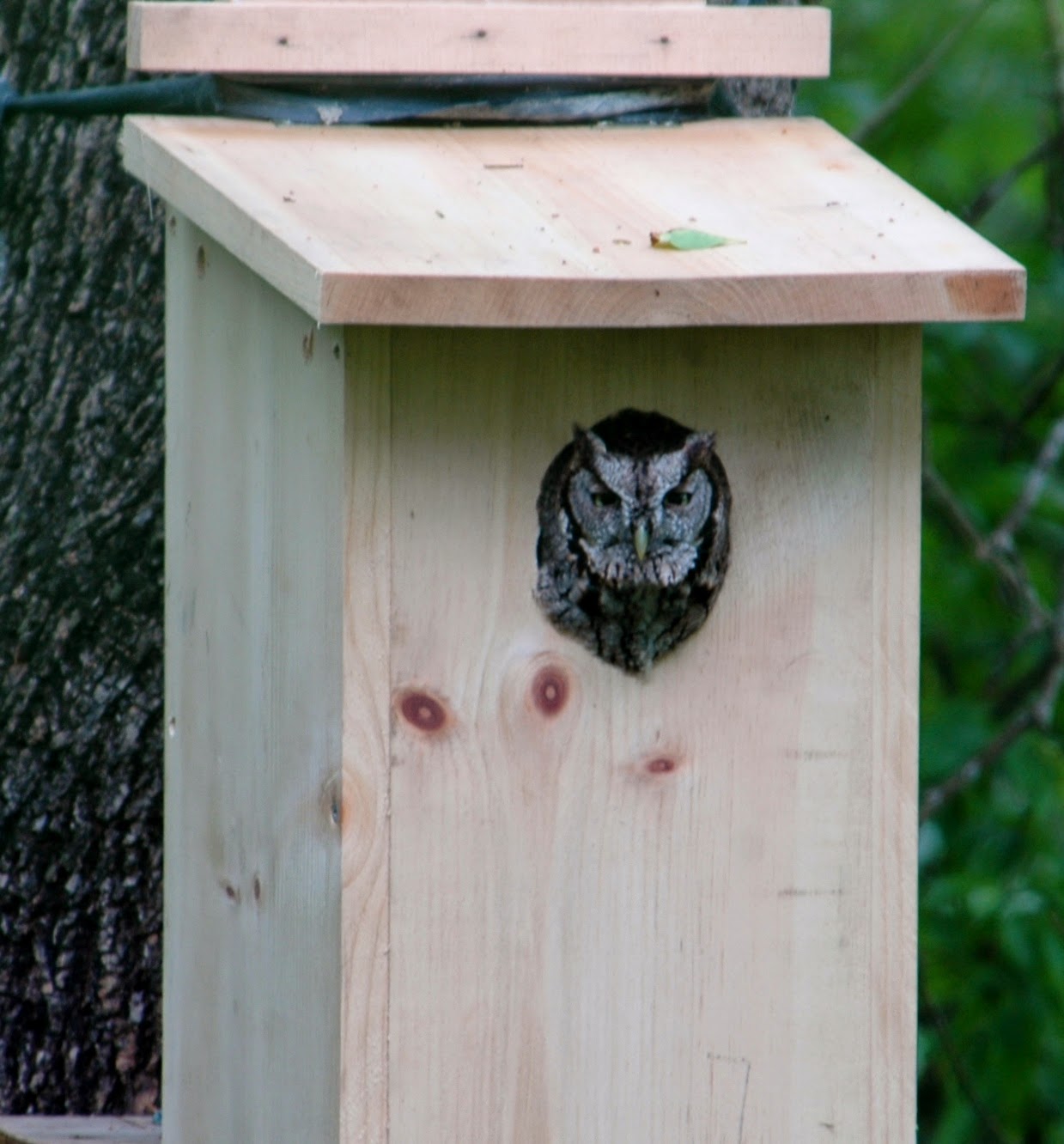 Four of the five boxes now have Screech Owls nesting.  Several of the boxes can be seen from the tram road, so visitors get to see them most every day.  A good success story to have been a part of here at Resaca de la Palma.
Posted by cooktravelogue2007-8.blogspot.com at 8:42 PM