Ocelot Conservation Days was a two day  presentation organized to focus attention on the remaining wild ocelots in Texas.  There are reported to be approximately 50 ocelots left in the United States, specifically in the southern tip of Texas.  Day one of the program was held at the University of Texas, Pan Am.  Speakers included a research professor, a Department of Transportation Representative, the Wildlife biologist for Laguna Atascosa National Wildlife Refuge, and an ocelot ambassador from the Cincinnati Zoo.  The ambassador was, of course, the highlight of the day.

Before we got to see the major event, the speakers reviewed current research being done, current and future plans for critical road crossing underpasses, and a wish list of habitat extension for the cats currently living here in Texas.  Within Laguna Atascoca Wildlife Refuge there are 13 documented ocelots, two of witch are kittens.  Several more exist in a county north of Brownsville.  However there is no connecting habitat between these two populations.  One concern for these ocelots is the lack of genetic diversity.  Efforts to create a wildlife corridor between the two populations is currently being investigated.

The Department of Transportation's plans for addressing road kill are extremely important because when the young males begin to explore for their own territory they often wander onto roadways and are hit by cars.  Fortunately several of the under road bypasses are already in existence, with several more planned for critical areas. 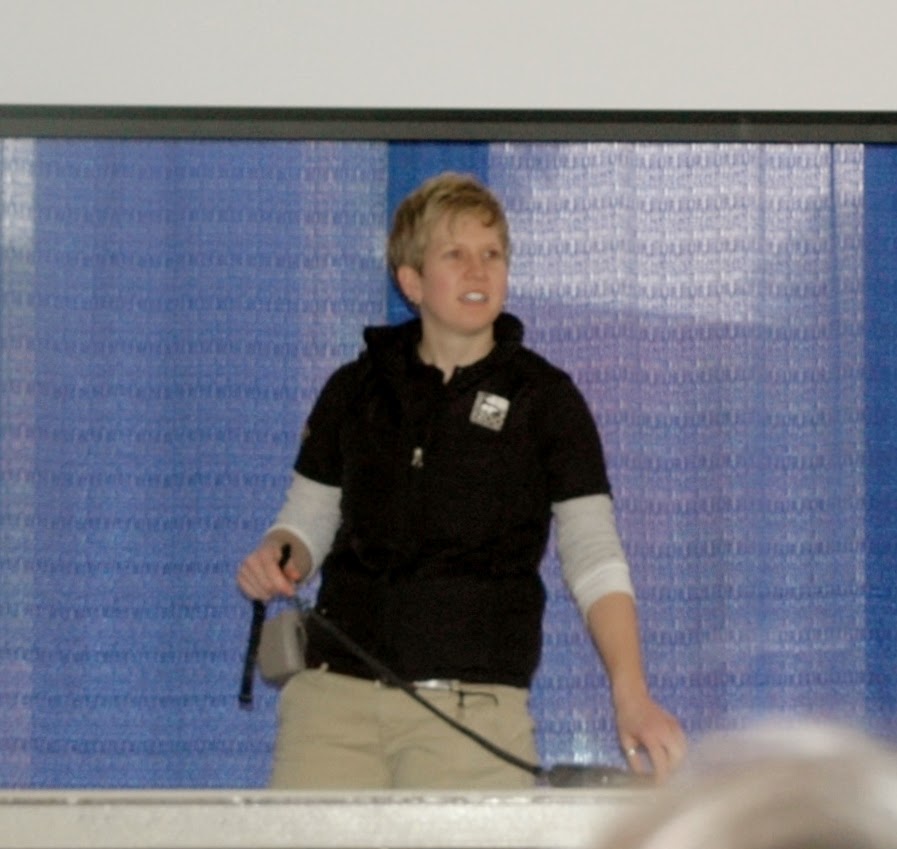 Two women handlers from the Zoo accompanied the ambassador and told us all about her.  This beautiful female ocelot was born at the Cincinnati Zoo and raised by humans to be shown in public.

A beautiful animal.  The pictures speak for themselves. 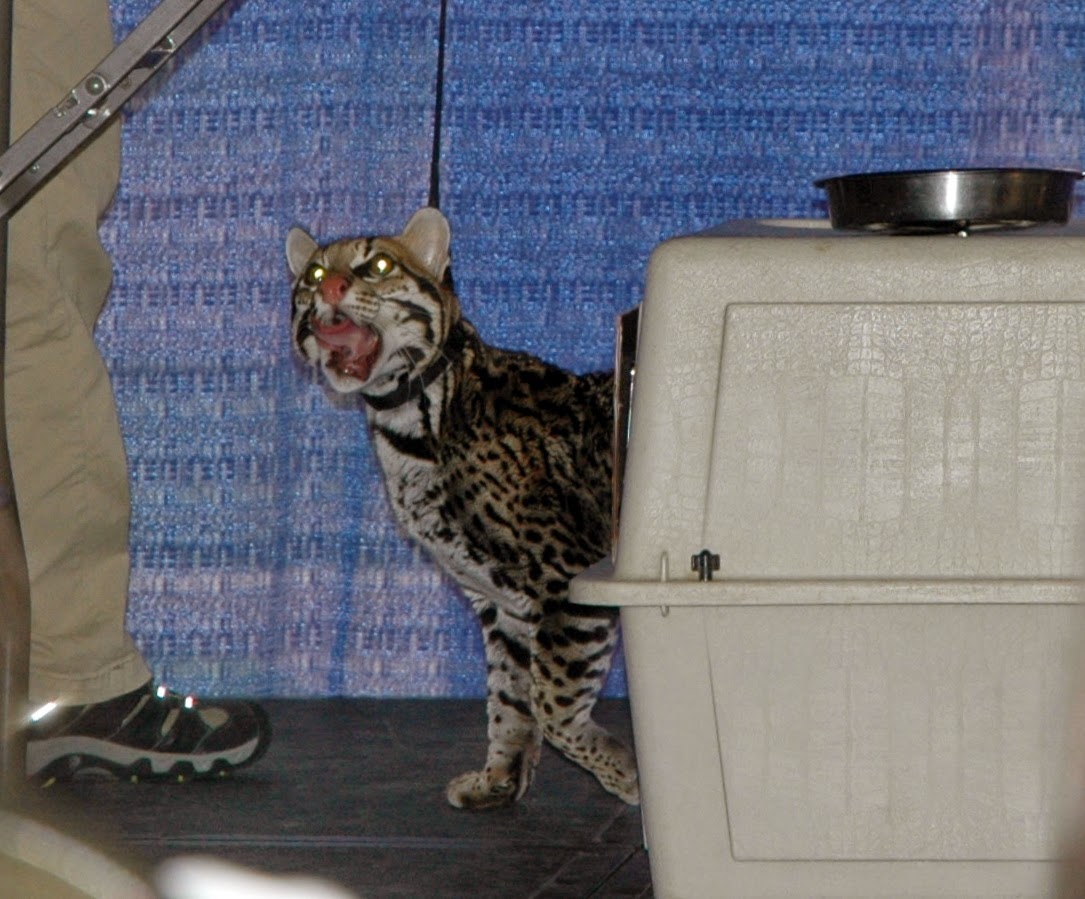 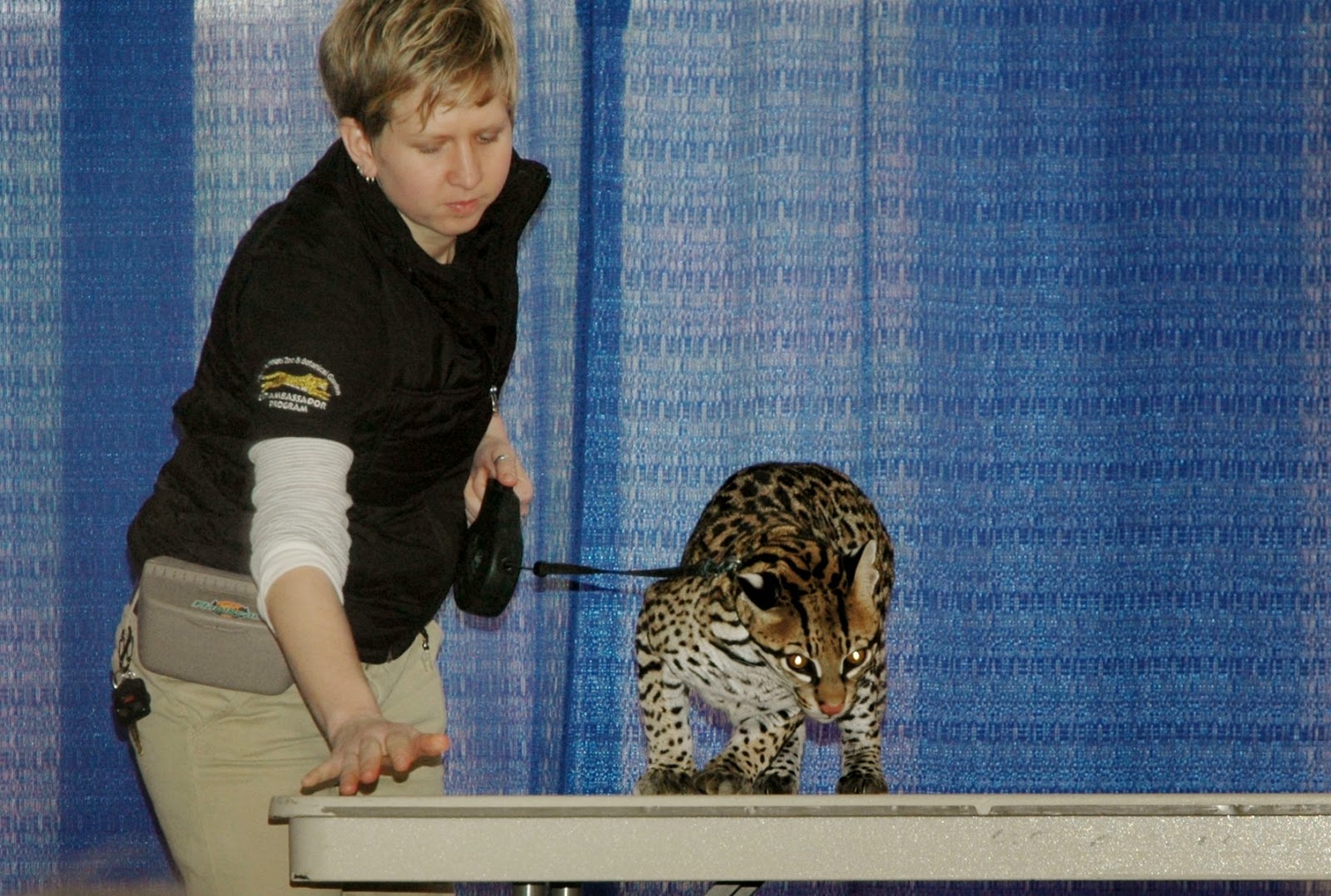 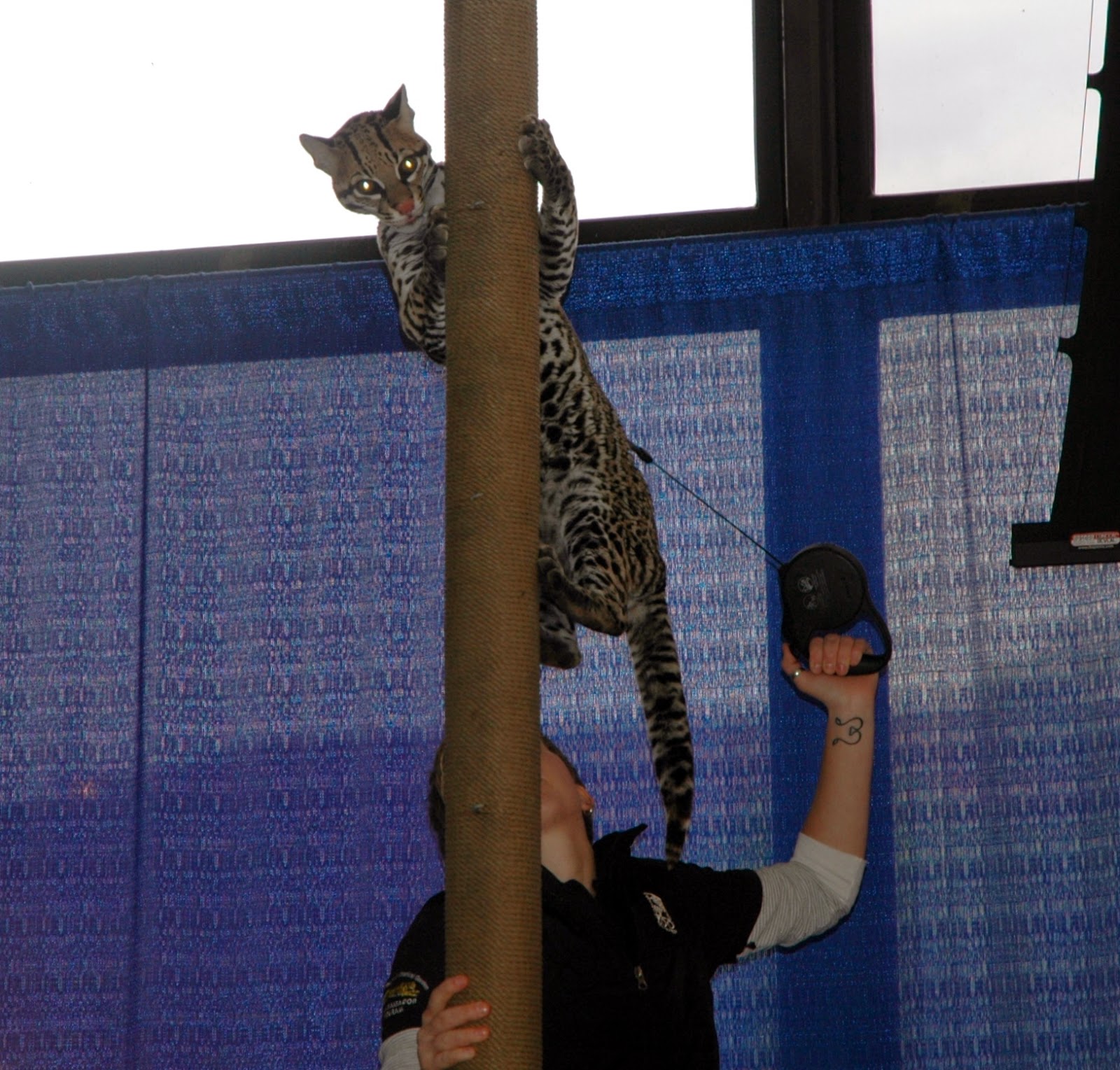 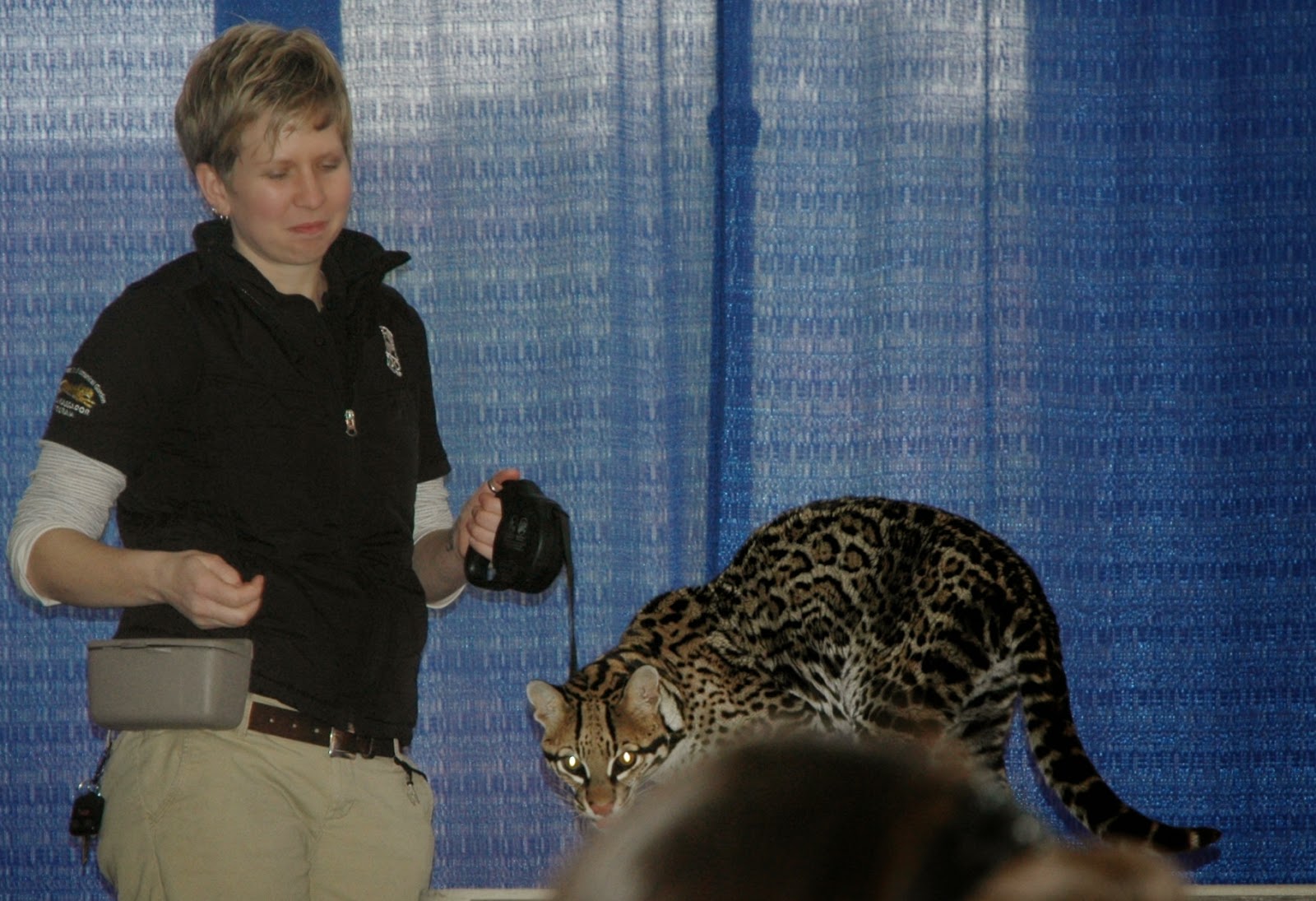