This and that around Bentsen WBC

One of the great advantages to being located here at the very tip of Texas is it's history as the citrus capital of the state.  Kathy Whittier lives at an RV park that was constructed in an old orange grove.  She generously shared some of "her" fruit with us and they were marvelously sweet and juicy.  Grapefruits also! 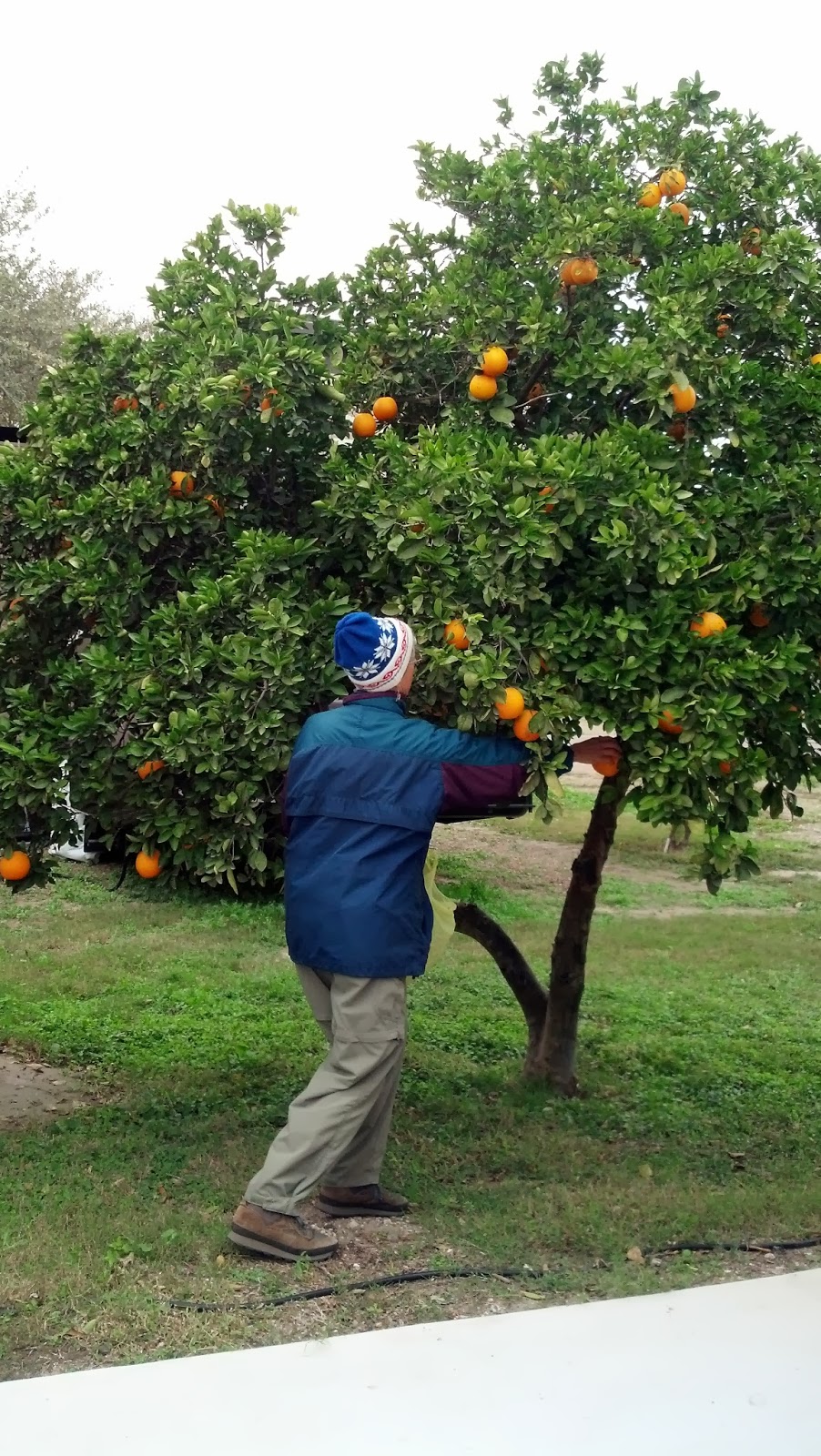 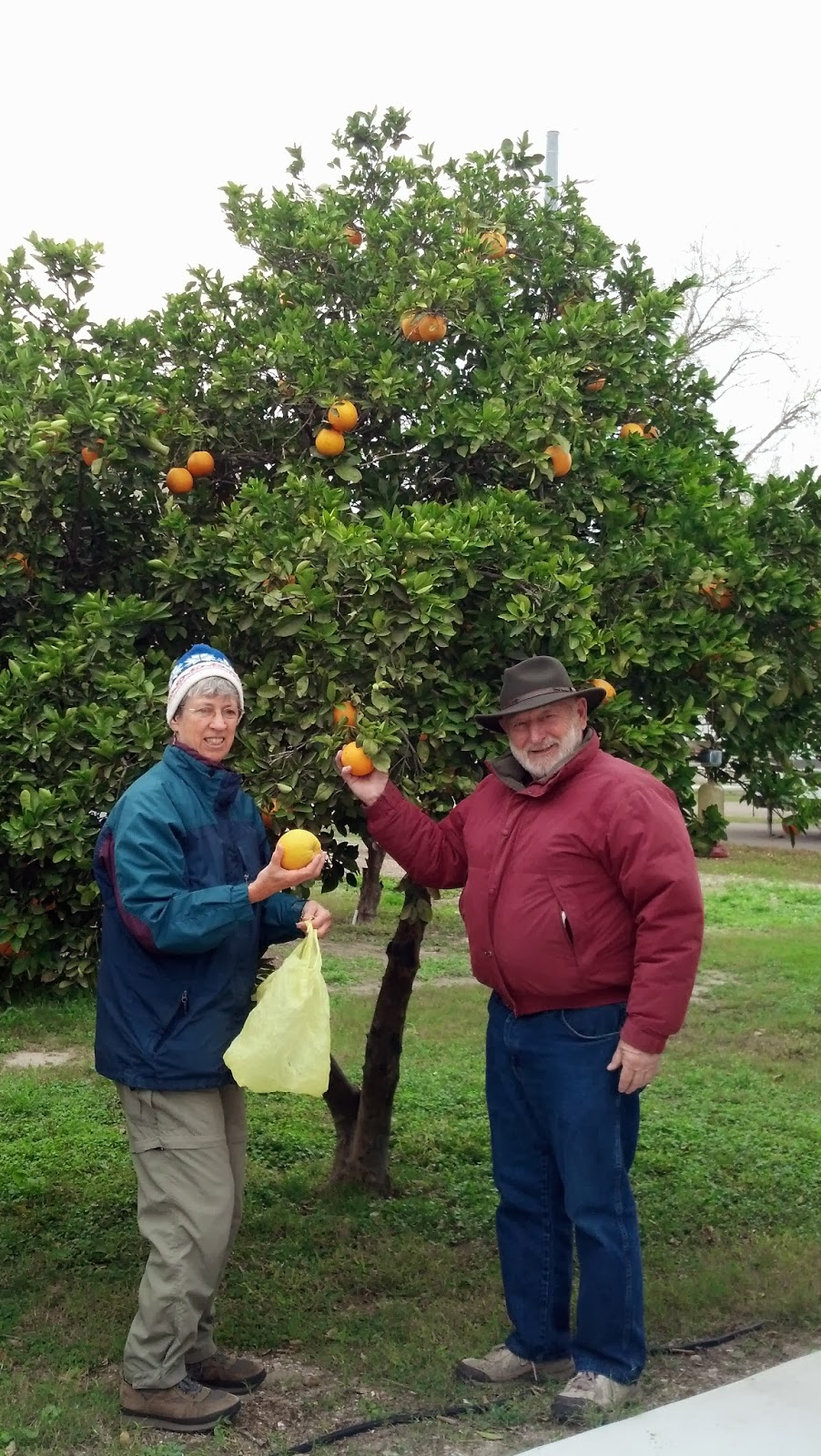 Between our four day work schedule and checking out the local area, the days slip by and another week begins.  We have been biking in the park several days and hiking some of the longer trails here at Bentsen.  Saturday we biked down to the hawk tower, which is about a mile out on the outer loop road, and took the Rio Grande Trail.  This is a 2 mile hike that goes all the way to the Rio Grande river then circles back to end where it began. 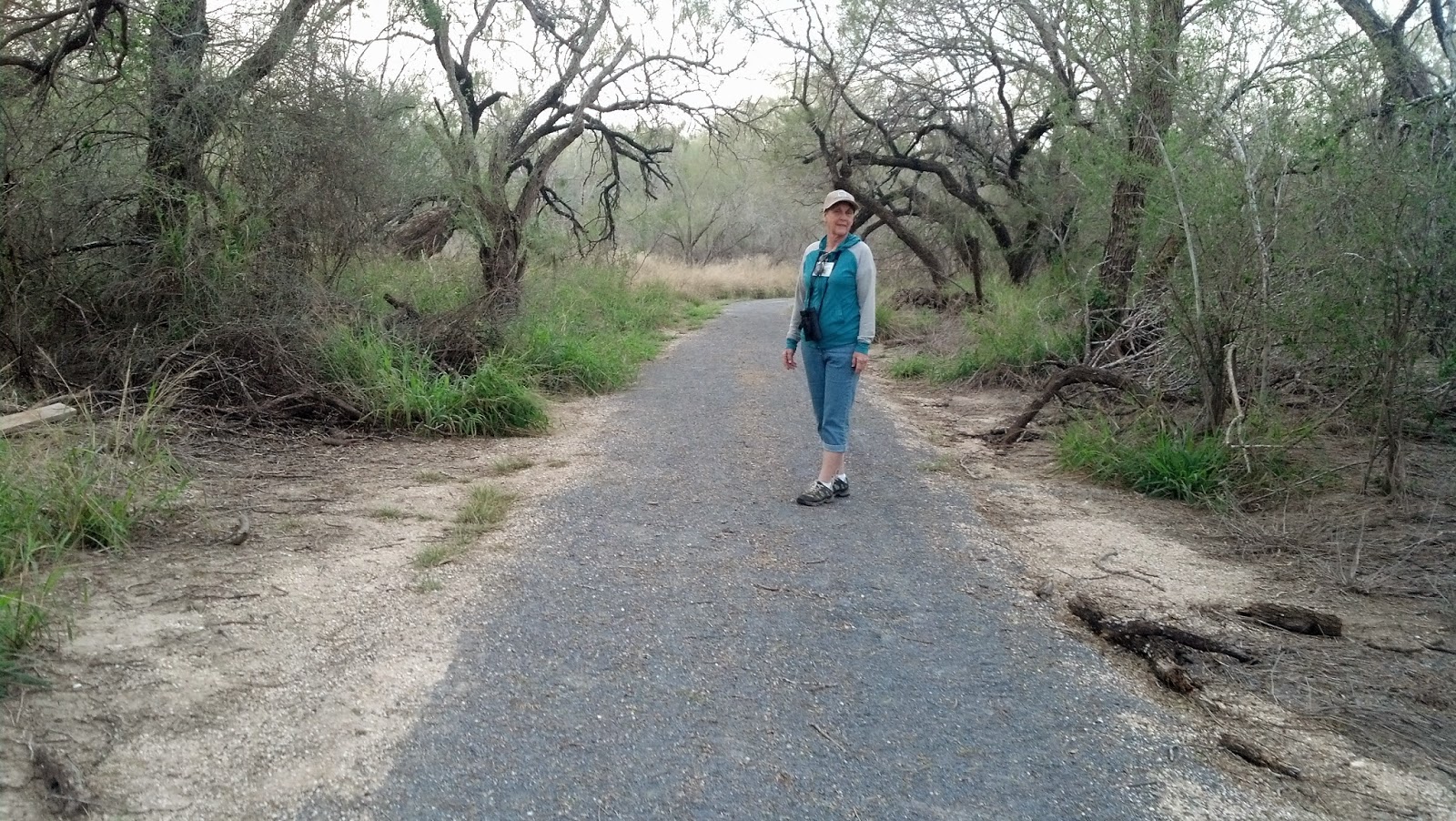 Off through the woods!  The beginning of the trail is more open, with large mesquite trees, but narrows and becomes more brushy. 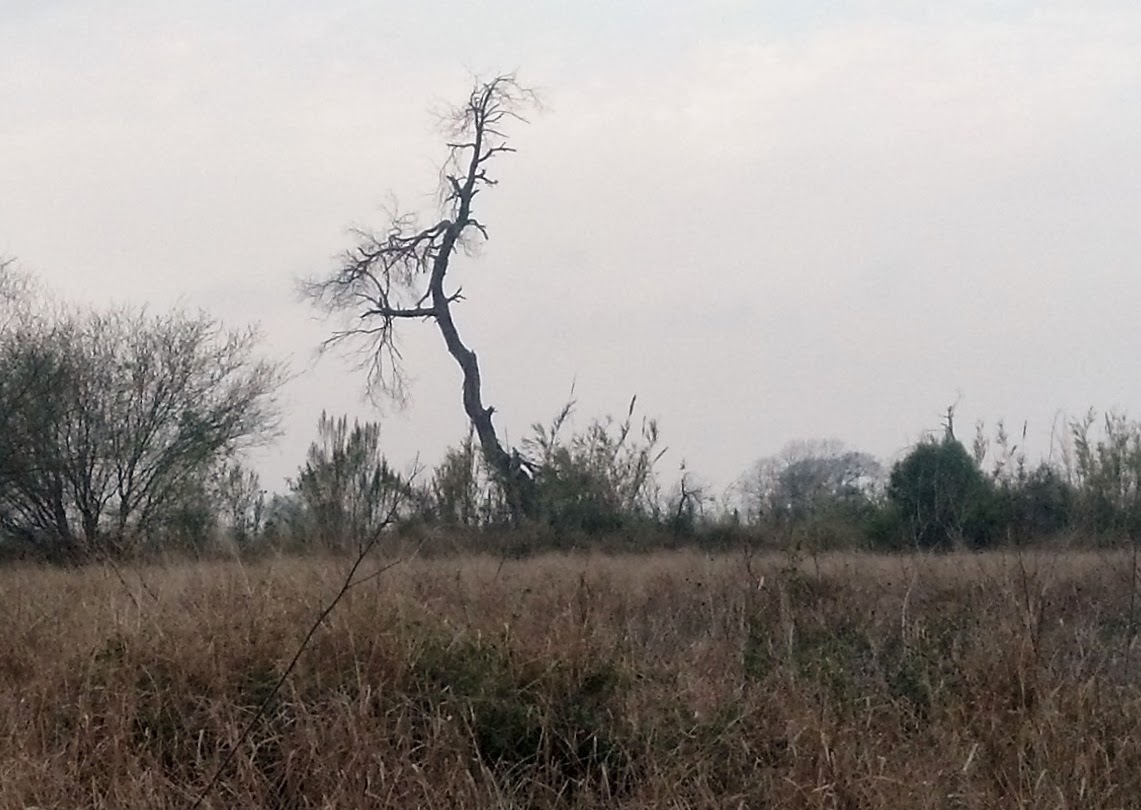 An interesting snag tree.  We were hoping for a hawk or osprey to show up.  No luck today 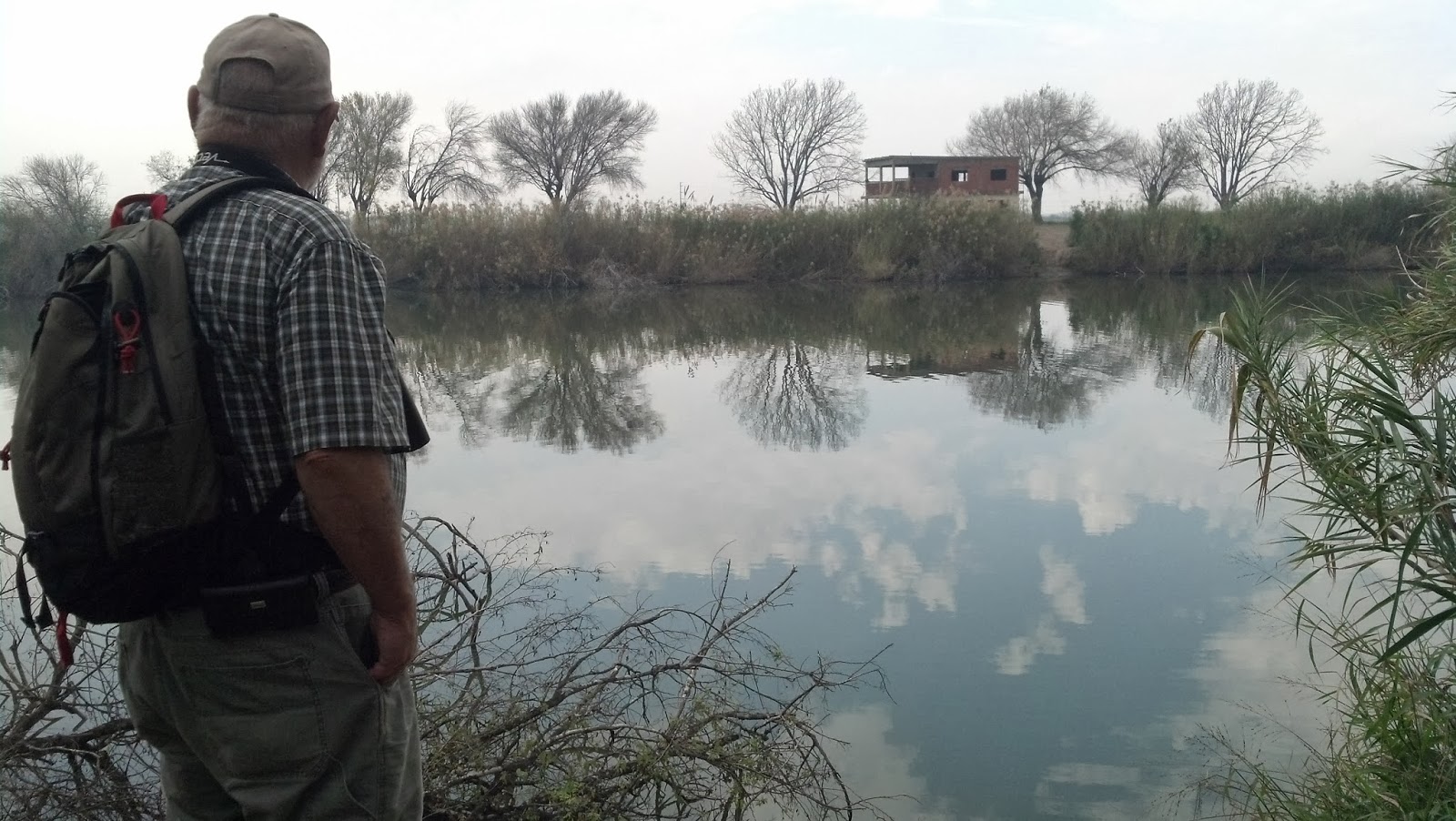 The Rio Grande River, looking across to Mexico.  Being right here on the border, there are a large number of illegals crossing on a regular basis.  At this spot you can see a well used path leading down to the river in Mexico and up from the river here on this side.  We passed several spots where trails led off into the brush and places where piles of clothing, probably wet from the swim, were left.  Attitudes here are low key.  No one seems very concerned about the problem and we have heard that the Border Patrol just sends them back home when they are caught.  General attitude seems to be that they are just trying to improve their life and help their families. 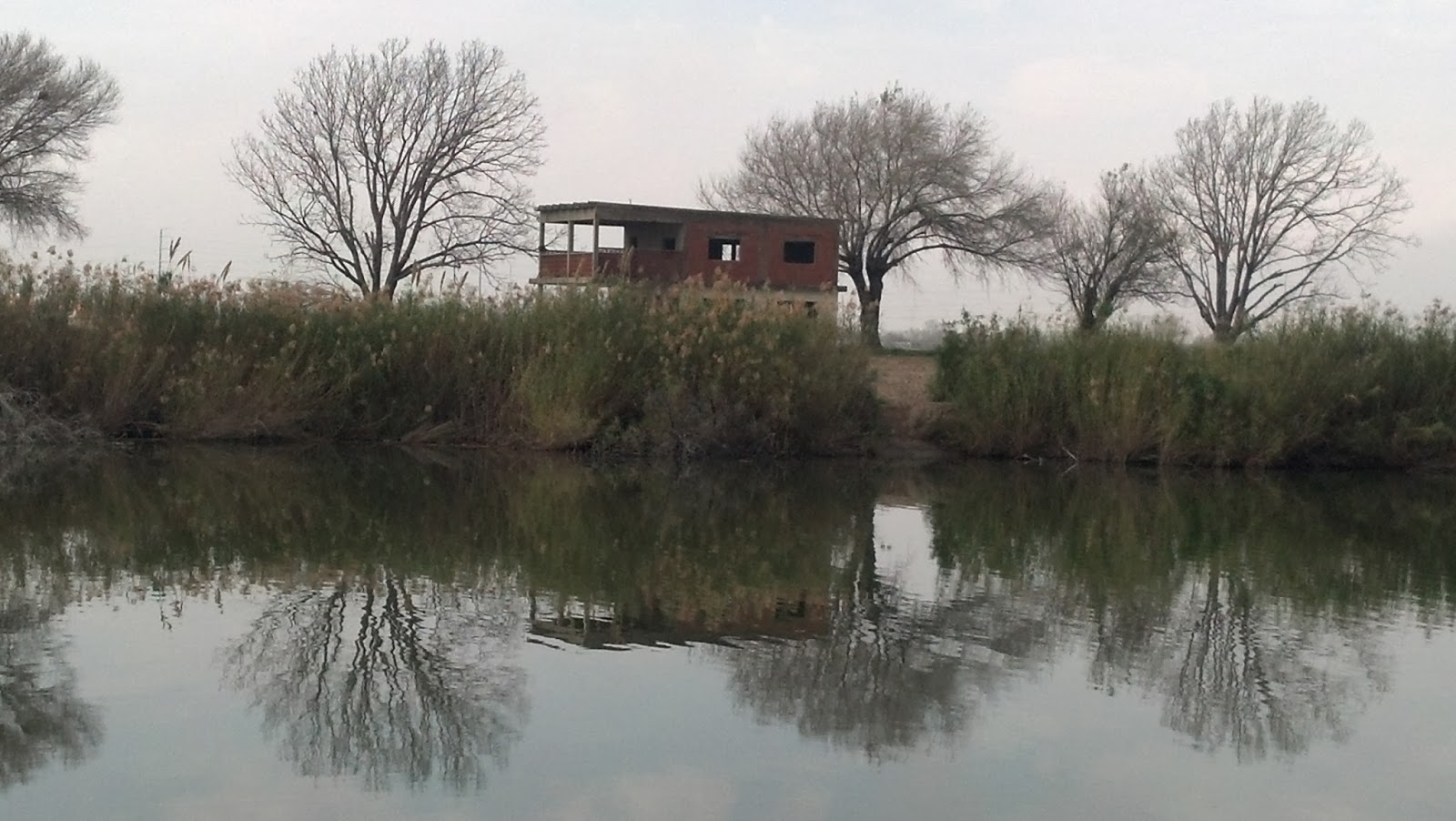 This building is on the Mexican side.  Almost looks like a half way house! 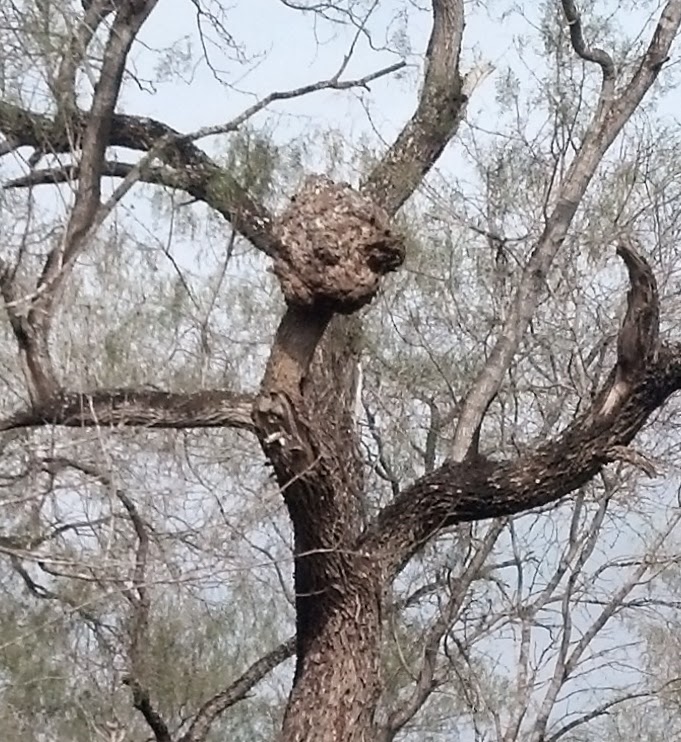 Naturally, we had to take the picture of this burl for James.

One of our jobs is to mix the suet and peanut butter that goes into feeders at the 8 feeding stations.  Not a small job, to say the least.  I took a couple of pictures of the process.

I begin by heating one 5 pound tub of peanut butter in the microwave, mixing that with 1/2 a tub of lard (about 2-1/2 #), add an additional 5 # tub of peanut butter, then about 16 cups of corn meal, until the concoction is not sticky when you put your finger on it.  At first we used a long handled paddle to mix it, then Marlin got the brilliant idea to get a paint mixer for his cordless drill.  It works like a charm. 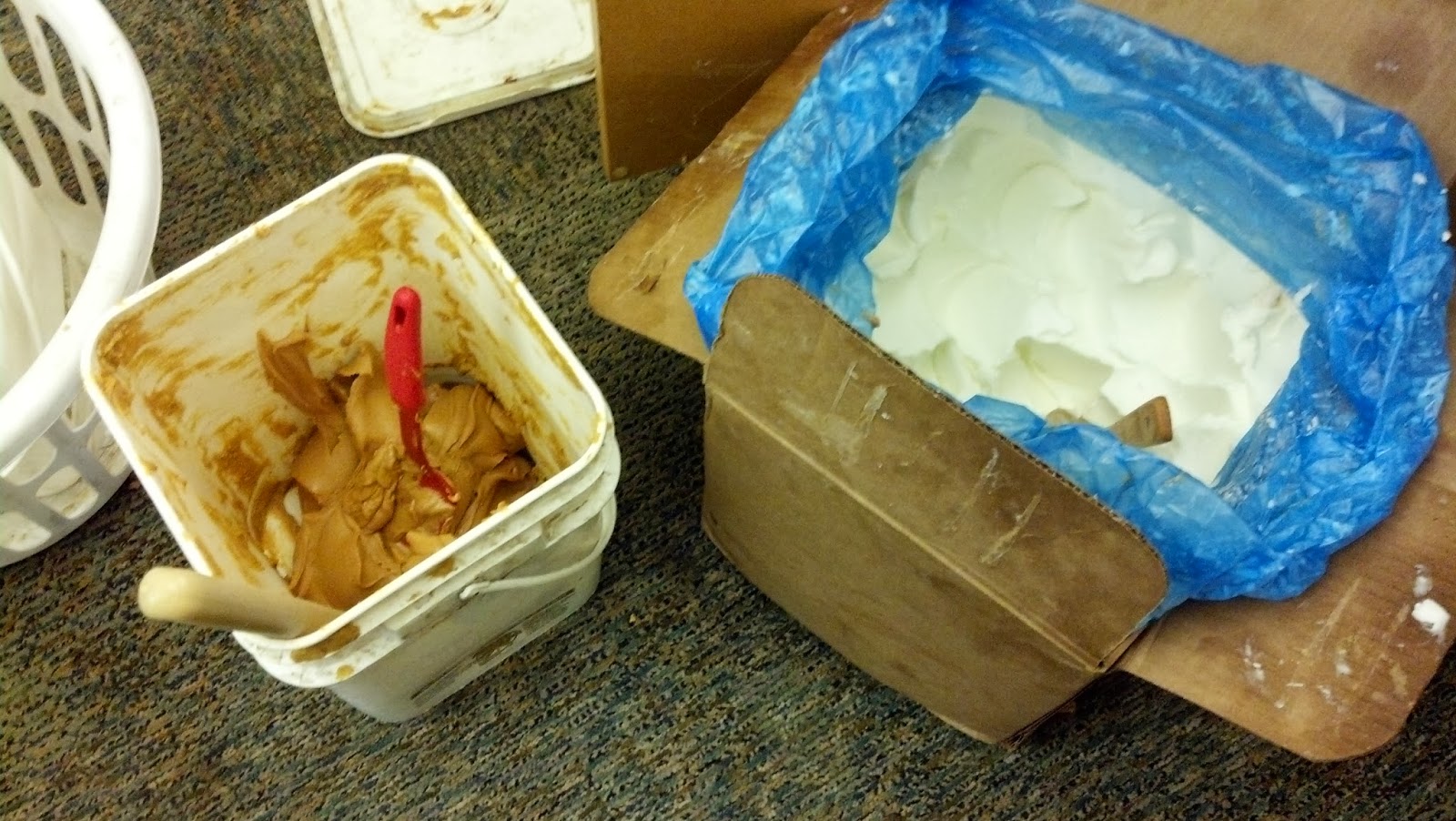 One tub of peanut butter, 1/2 tub lard - sticky job.  The lard is scooped out of this large box and measured - just like making pie crust!

First, mix the lard and 1/2 the peanut butter with the paint mixer and drill 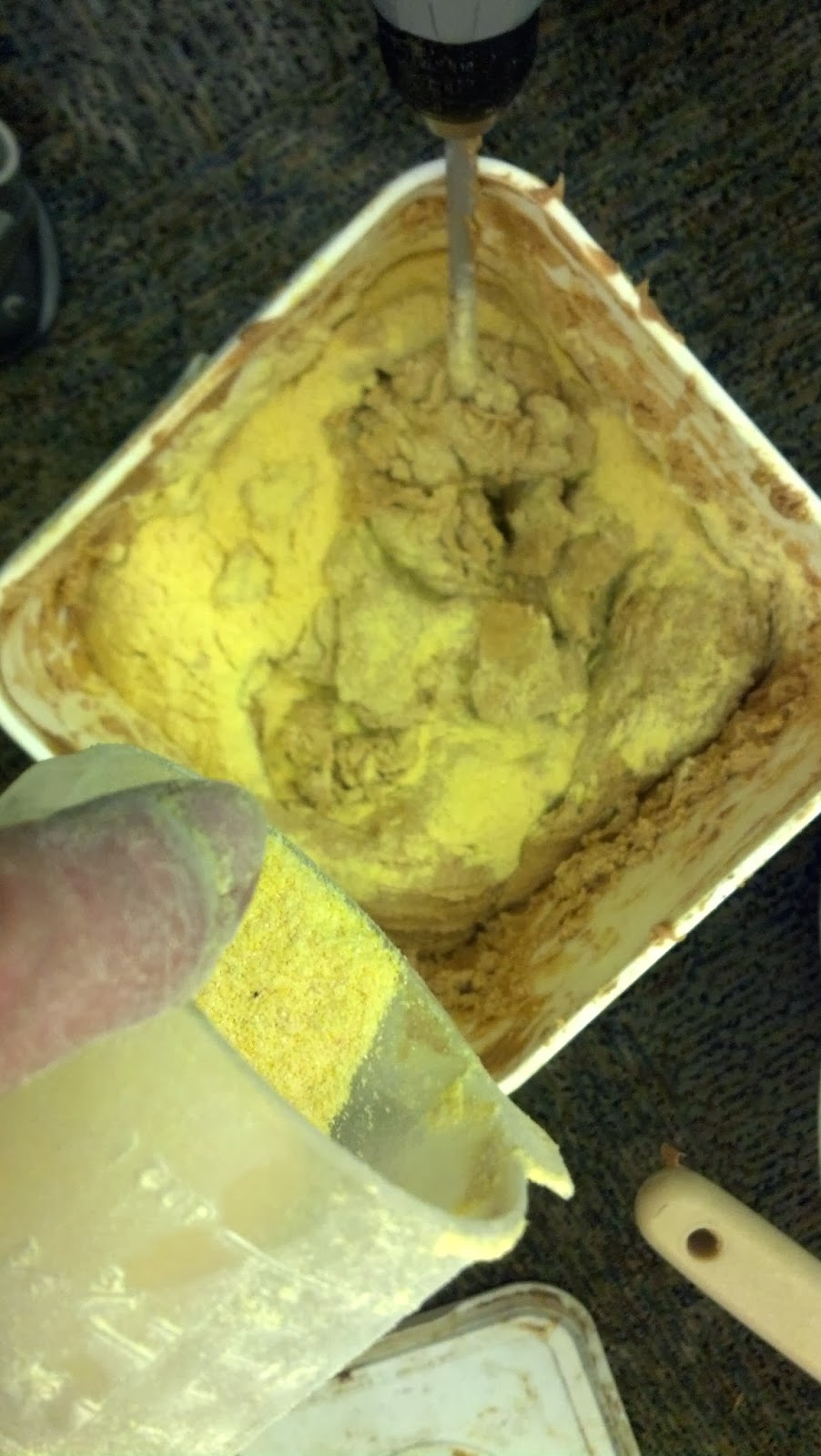 Adding the corn meal, a small amount at a time, until the right consistency is achieved.  This is my third batch. Getting better at it with each trial.

This past week we learned how to resupply the eight bird feeding stations. We worked with co-hosts Fred and Charlotte Siems.  It is a fun job.  The birds sit close by just waiting for the finished product.  We also get to drive the four wheelers. 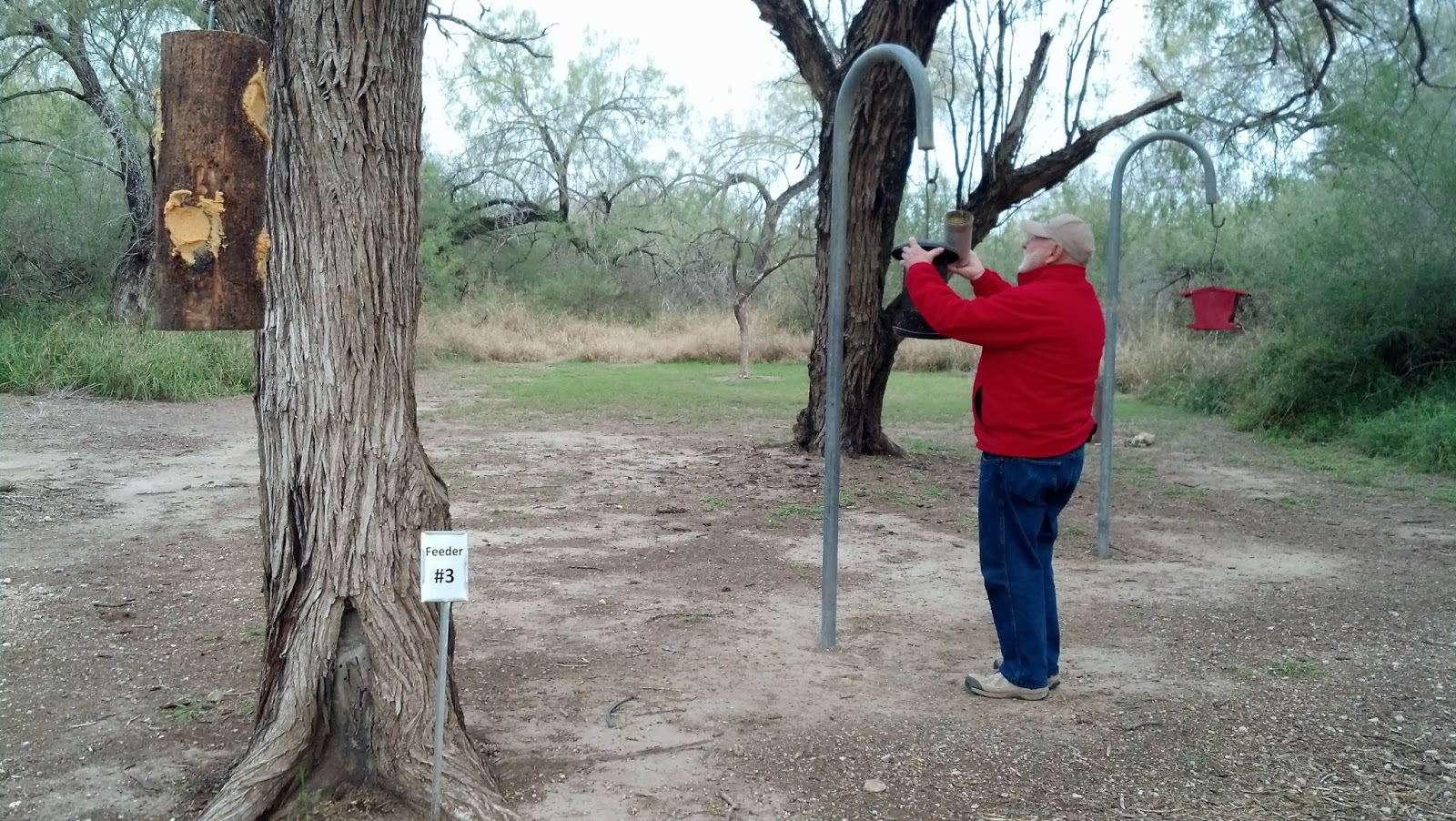 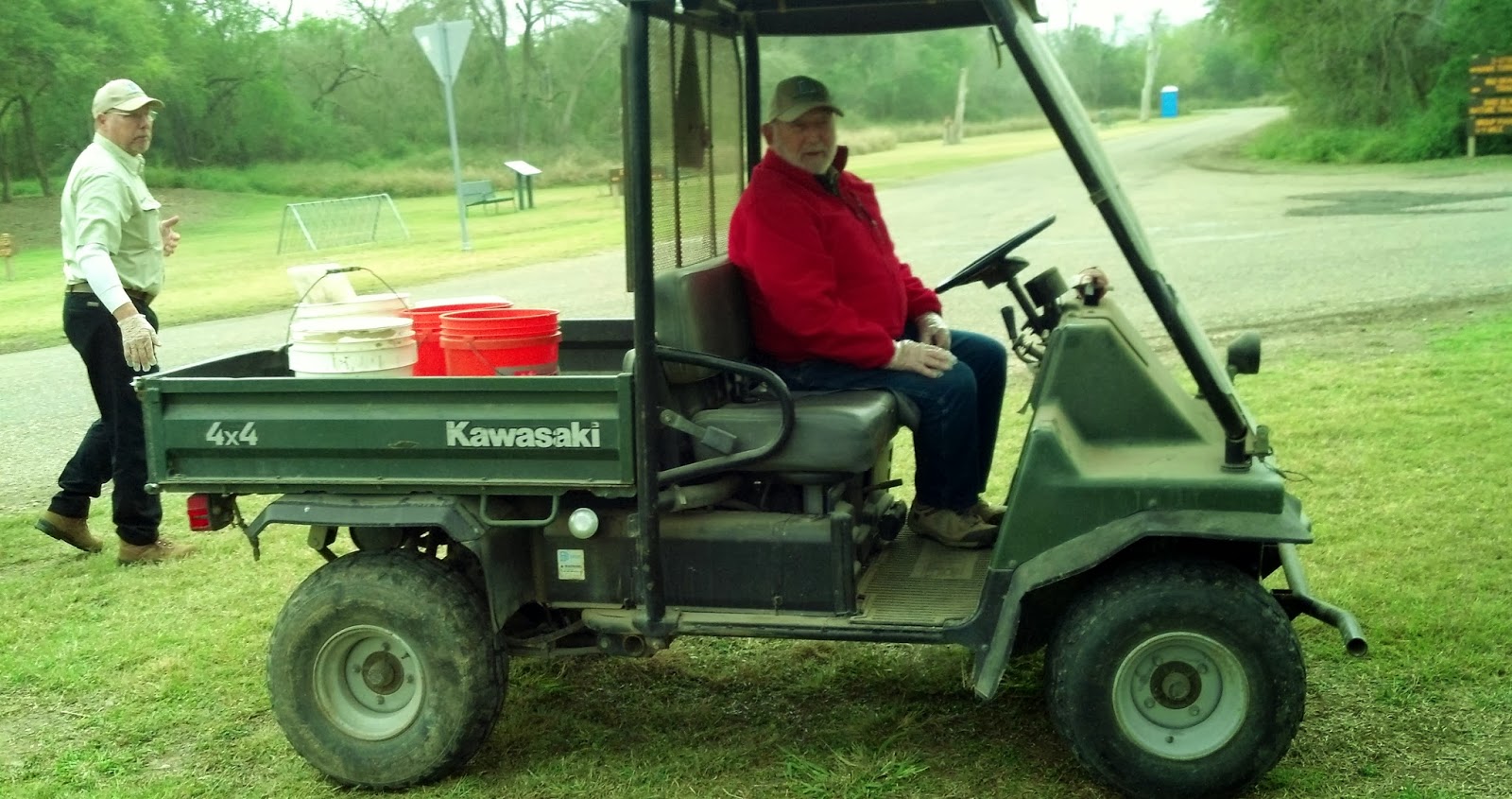 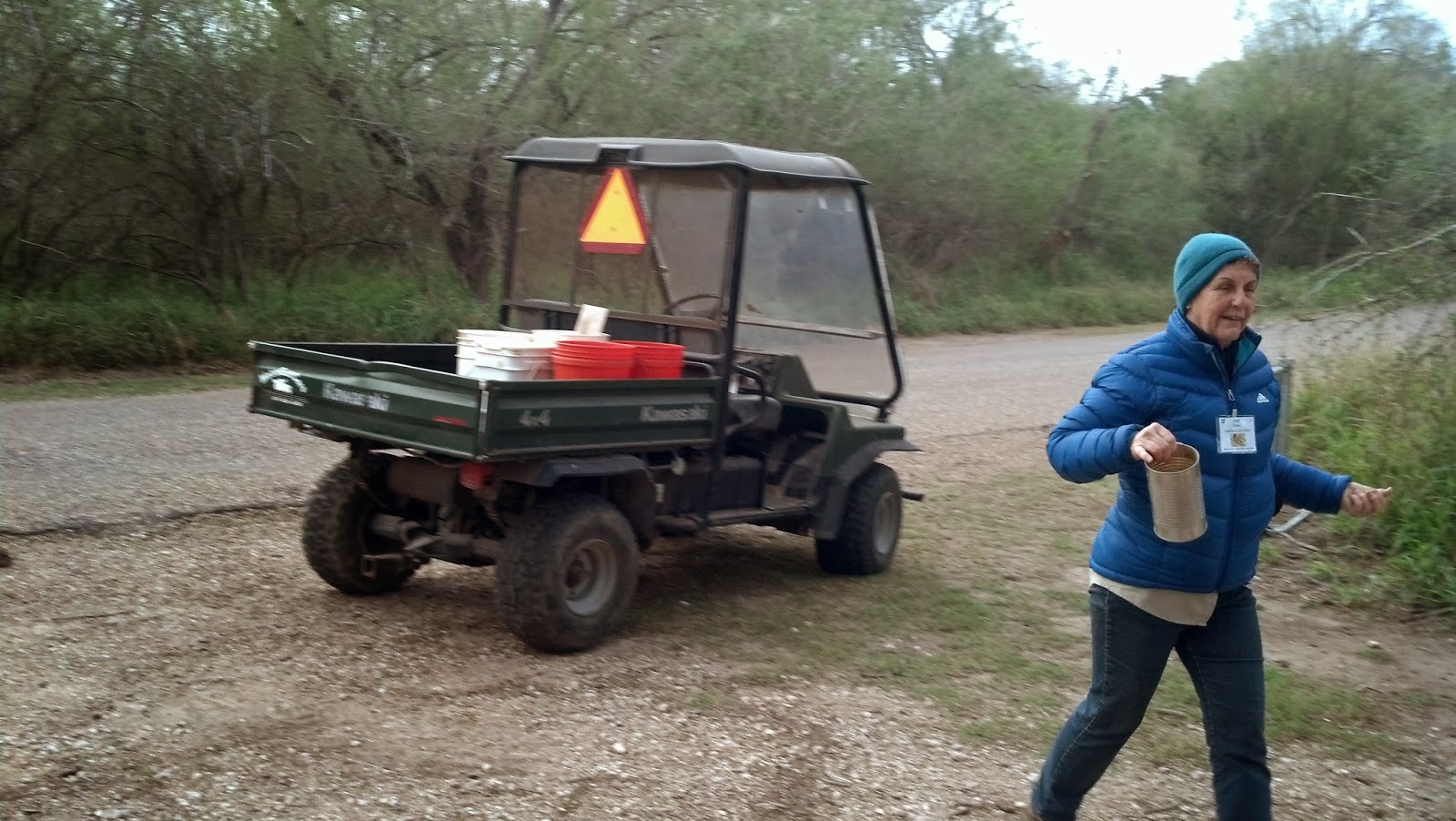 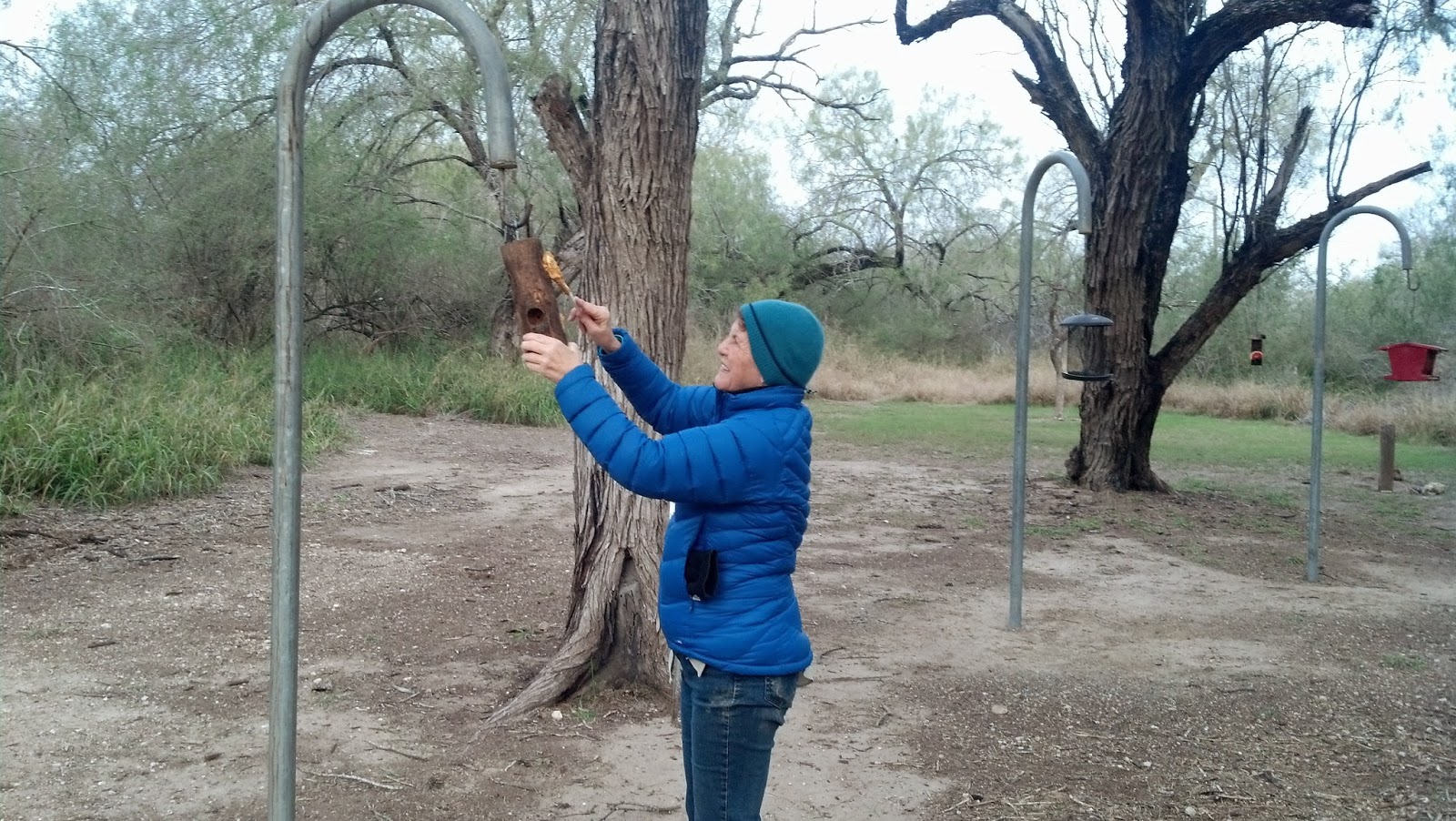 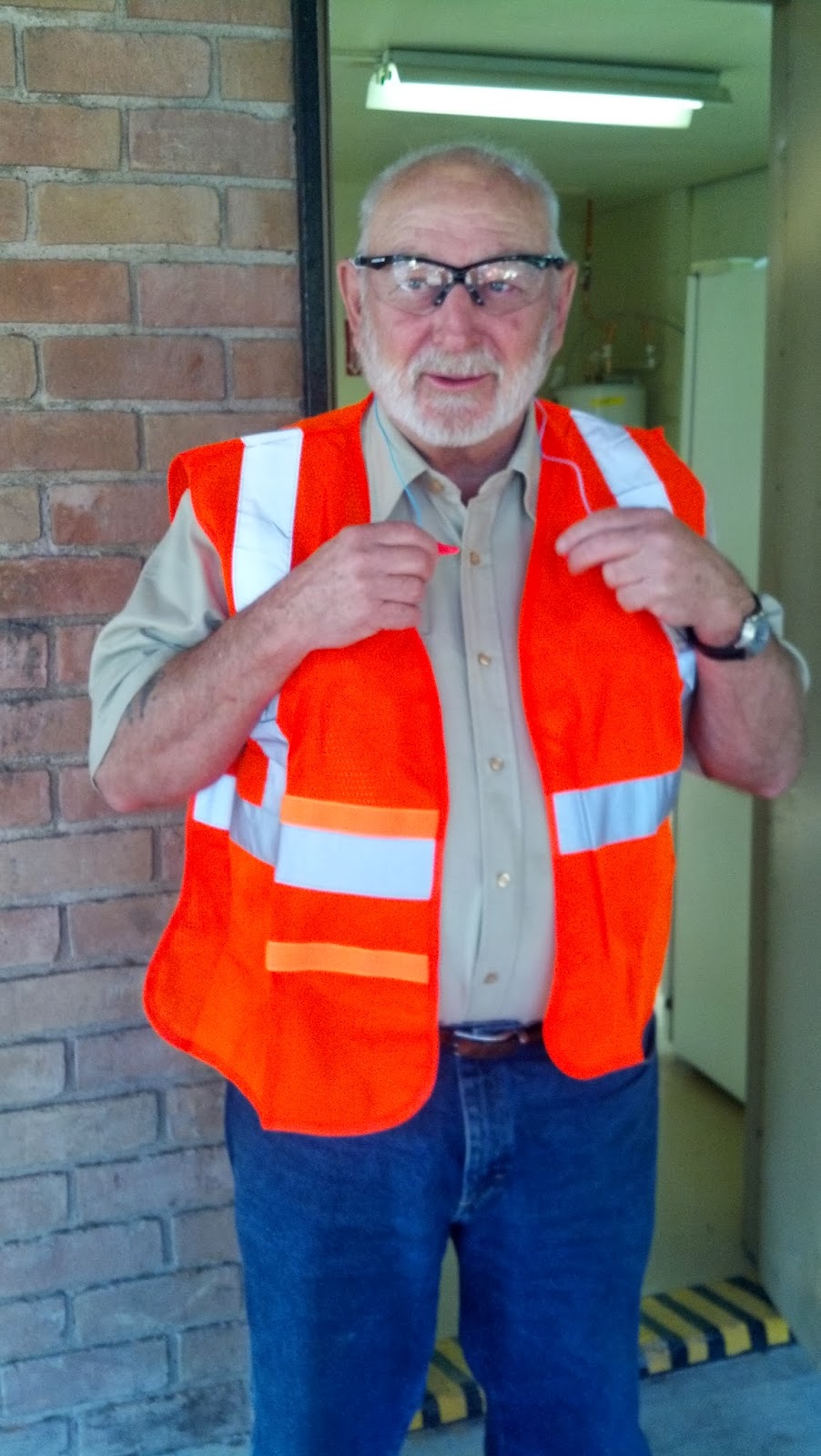 Marlin did some brush control, complete with safety eqipment.
Posted by cooktravelogue2007-8.blogspot.com at 4:46 PM