James Island County Park and Campground was a great unexpected find. This 750 acre park is far more than what you'd ever think of as a "County" park.  The old plantation property was left to the County in 1970 by two sisters and developed into a public recreation area that opened in 1989.

The park is only 8 miles from downtown Charleston and one of the attractions is their holiday light show, which runs from November 1 thru December 31, featuring 750 electrified displays.  The light show sparkles on both sides of the three miles of roads that wind through the park as well as along the walking paths in the woods. Our arrival was just after the lights went out but not before the displays were taken down.  Even unlit, the size and complexity, to say nothing about the wiring required, is impressive.  It is hard to get a good picture of any of the figures in the daylight but here are just a very few pictures. 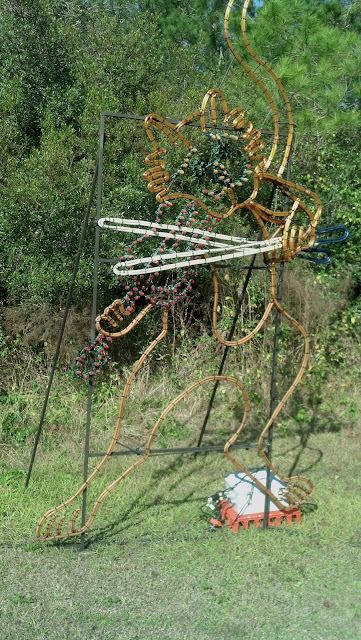 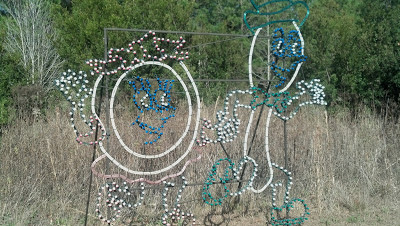 The dish running away with the spoon 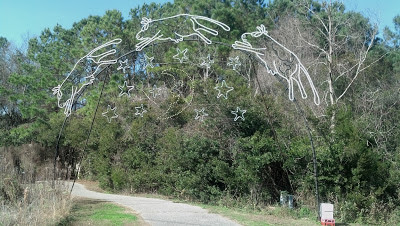 The cow jumping over the moon 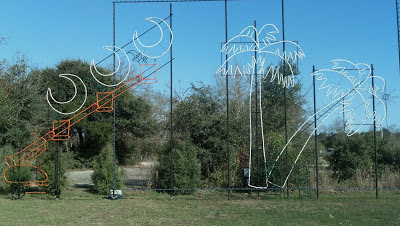 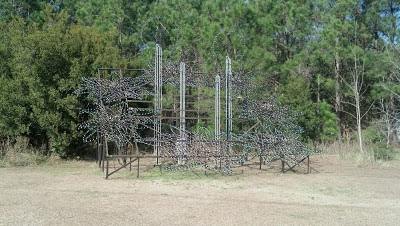 Each section has a theme, like the nursery rhyme section, and many displays are animated.  We were told by the shuttle bus driver that in 2012 there were 210,000 people who came to view the show.  This production is rated as one of the top 10 lighting displays in the U.S.  Each year volunteers change all of one color light bulb.  This year they changed 187,000 white light bulbs before they were erected for the season.  The electric bill?  $1000.00 per night.

Additional attractions tucked in and around the woods include a full sized ropes course, the biggest climbing wall I have ever seen and, my favorite, a large enclosed dog park adjacent to a pond that the dogs can access down a gradual sandy slope.There is a fishing boardwalk and pier that extends out over a beautiful marsh and at least 4 miles of color coded walking trails. We covered them all. 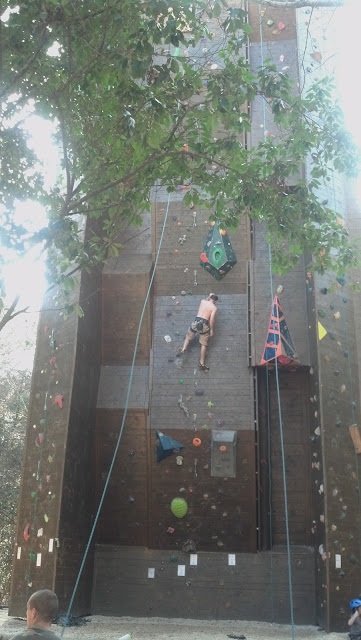 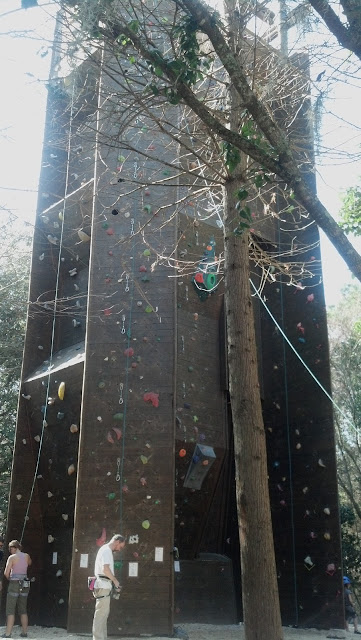 This huge climbing wall had about 13 "walls" to climb.  We watched 5 or 6 people climb.  Some of them went up like monkeys while others struggled with overhangs.  Looks like a blast. 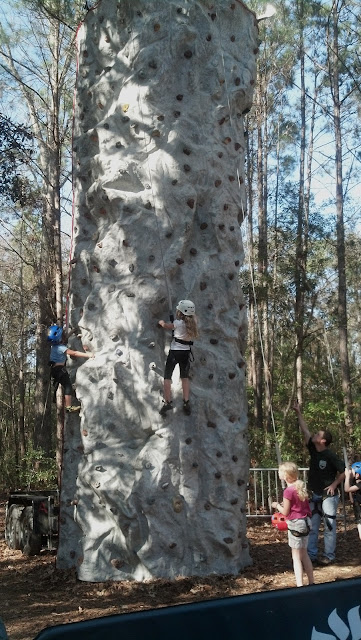 They also had a kids wall that looked just as formidable. 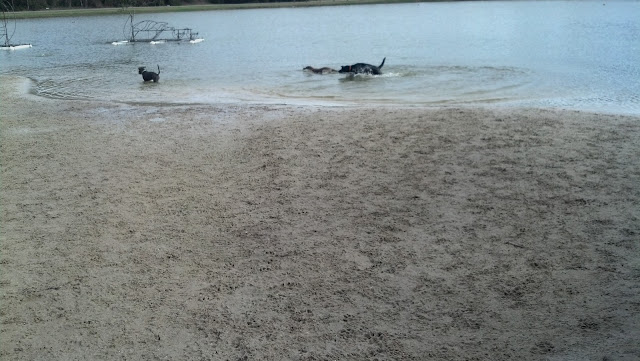 The beach area at the dog park 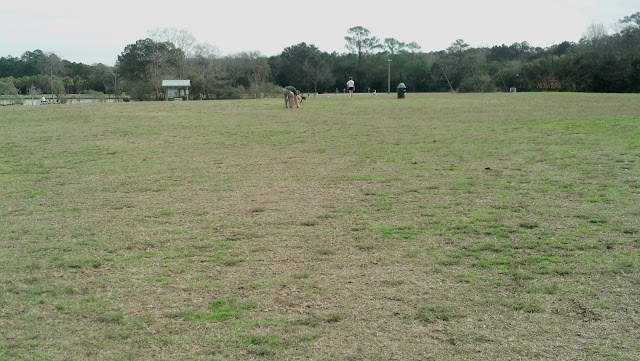 Part of the open area at the dog park 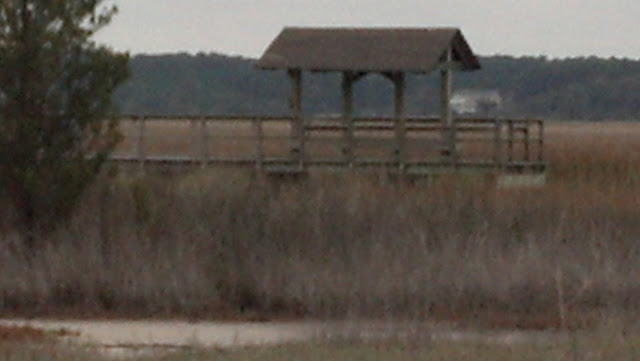 fishing pier from a distance 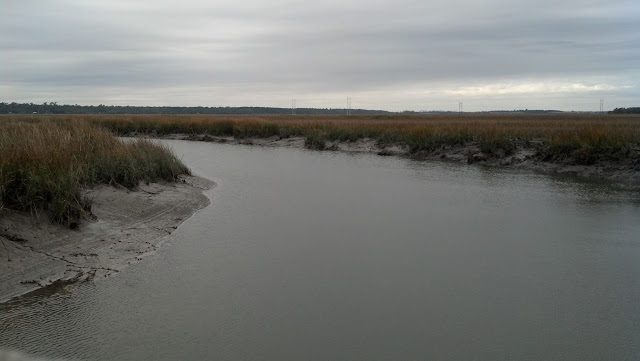 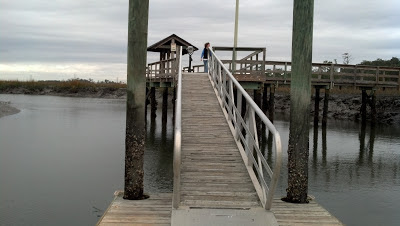 The marsh is tidal so the pier is built to rise and fall with the water levels. 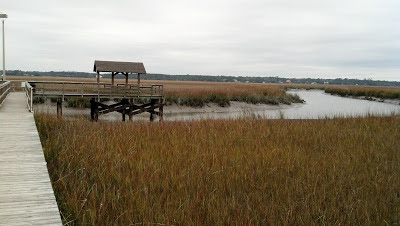 The boardwalk through the marsh and the fishing pier 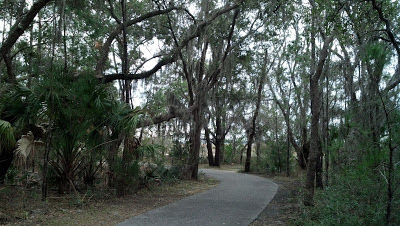 A small sample of the walking trails 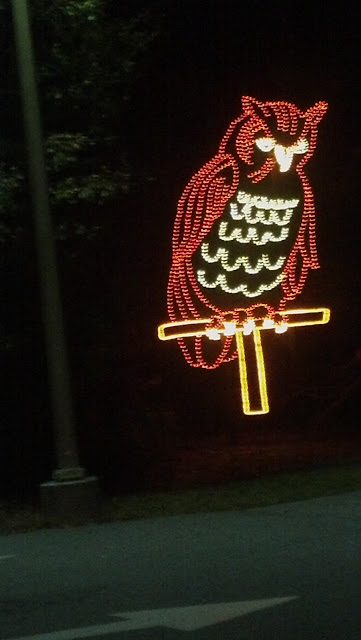 The entrance to the campground had the only display still lit at night.  Mr. owl winked at us when we came in after dark.

The camping area was only a small part of the park but it was every bit as impressive.  Each site was spacious and everything in the park was clean and well cared for.  We had a site on a small pond where the great blue herons came to feast on the fish that jumped right out of the water. 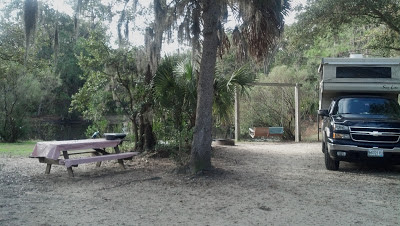 More about Charleston to come
Posted by cooktravelogue2007-8.blogspot.com at 7:58 PM