Charleston, SC offers a treat for any history or architecture buff.  Buildings dating from the 1700's are commonplace in the historic district.  You can also visit Dock Street Theatre, billed as America's First theater, tour the Heywood/Washington house where General George Washington lodged for a week, or visit Drayton Hall, the oldest un-restored plantation house in America.

The predominant style of house is built with a side porch situated to catch the salt breezes during the hot humid summers.  Charming private gardens are tucked behind decorative gates or at the back of narrow brick paved alleys.  This is a great city for walking along the narrow streets, stopping to read all the historic markers that note the date it was built, the first owners name and profession, as well as some background about the structures history. 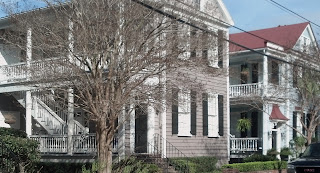 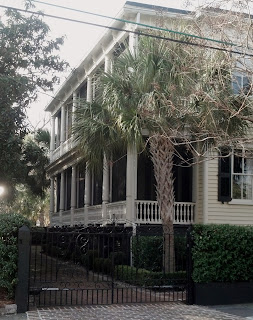 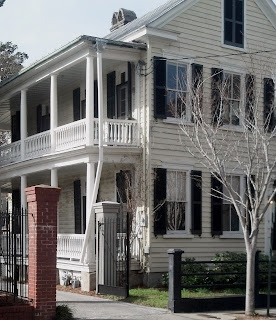 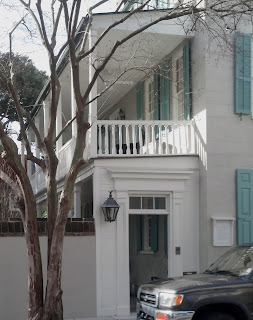 You can see the historic plaque to the right of this doorway.  It was very surprising just how many of these buildings were built before the Revolutionary War, some even dating back to 1740. 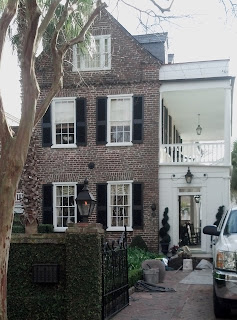 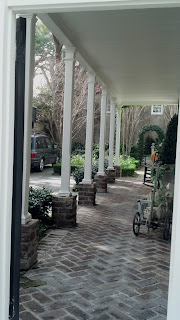 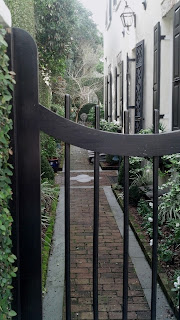 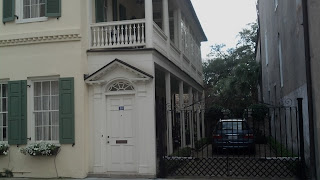 The ground level porches have an entry that looks like a regular house entry.  These doorways sometimes open into the garden or porch.


Saint John the Baptist Cathedral was open when we walked past so we took a peak.  This church, built between 1890 and 1907 is made of Connecticut brownstone. 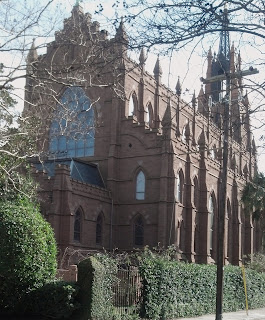 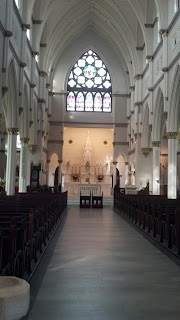 The Joseph Manigault house is owned by the Charleston Museum and is open for tours.  The house and period furnishings captures the lifestyle of a wealthy rice planting family from the early 1800.  The craftsmanship of the building and furnishings was beautiful. 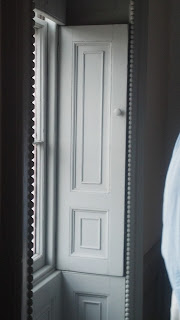 All the windows had shutters that folded back into the wall when open. 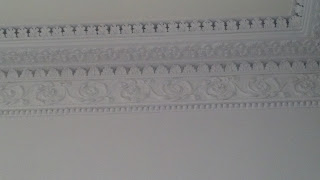 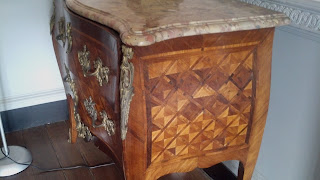 A chest made with intricate inlays 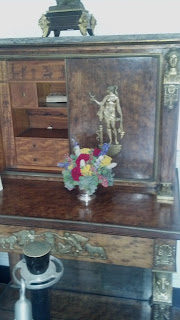 A cabinet made from burl wood 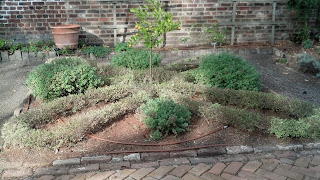 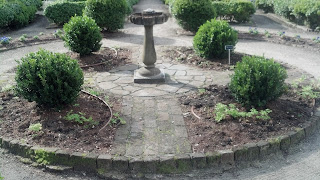 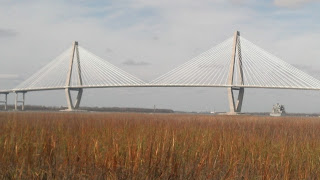 The Arthur Ravenel, Jr. Bridge, a cable stayed bridge, spanning the Cooper river between Charleston and Mount Pleasant, where Patriots point is located.


Charleston is also famous for the location where the first shot of the Civil War was fired a Ft. Sumter.  A ferry to the fort leaves from Patriots Point. 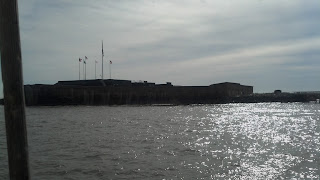 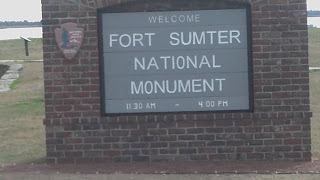 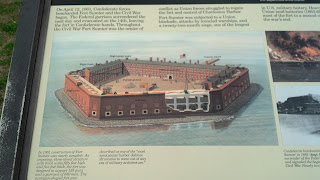 This is a drawing of what Fort Sumter looked like when it was built in 1829.  Six days after South Carolina seceded from the Union, the state demanded that Union forces surrender the fort.  There were four other military installations, taken over by Confederate forces, around Charleston Harbor that soon began reenforcing batteries  around the harbor.

On April 12, 1861 the first shell was fired from Fort Johnson over Fort Sumter.  Shelling continued through the night and after the officers quarters were set on fire with a "hot shot" cannonball, the fort was surrendered.  No one on either side had been killed during the engagement but the Civil War had begun. 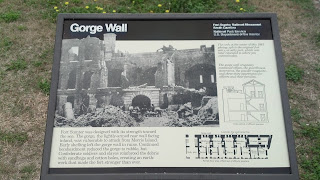 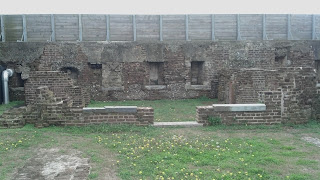 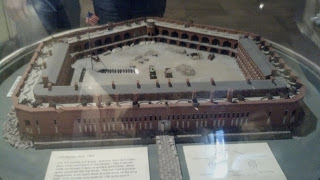 A model of the original fort.  Most of the outer walls were destroyed during several attempts by Union forces to retake the fort. Federal forces had hurled seven million pounds of metal at the fort with only 52 confederate soldiers killed.  The fort was not evacuated until 1865 when Sherman's troops were advancing from Savannah.  By then the fort was in ruin. 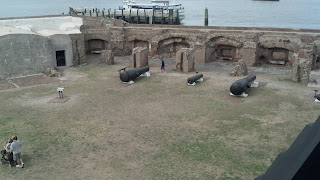 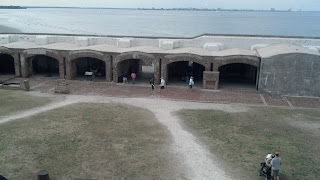 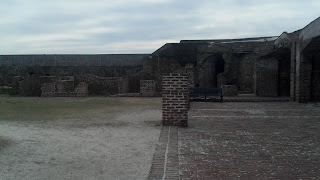 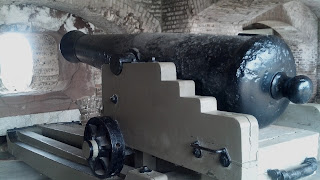 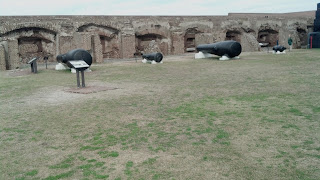 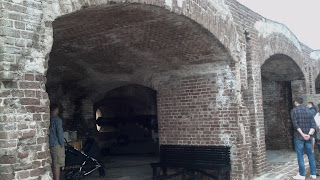