On our return trip from Naples, back through Florida, we stopped for a short visit with Sharon and Francis Merrow. The Merrows are the couple we met in Alaska and discovered they lived in Rockland Maine, only an hour and a half from Dixmont.

Sharon and Francis are work campers at Camp Willis, a Methodist camp on Griffin Lake south of Ocala. The day after we arrived we hiked some trails on Sawgrass Island Preserve. This preserve is on the Florida Birding Trail and is the winter home to large flocks of Sandhill Cranes. Although we heard their cackles frequently during our hike, our only sightings were too distant for photos. 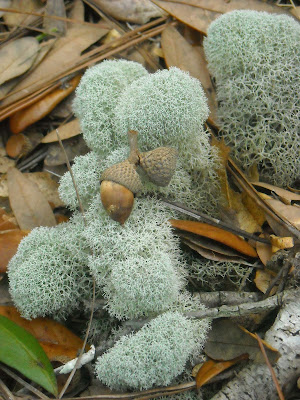 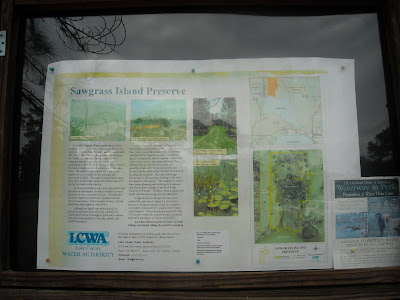 Florida has "Deer Moss", somewhat similar Maine's "Reindeer Moss" The ground in several sections of the trail was covered with this puffy gray/white moss. 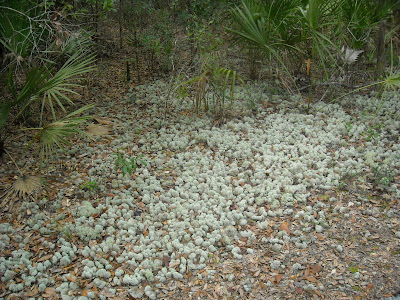 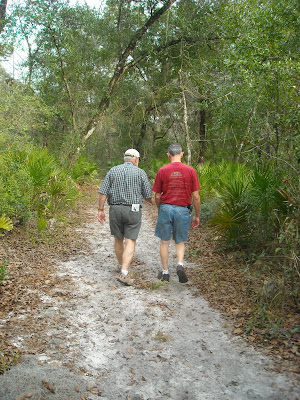 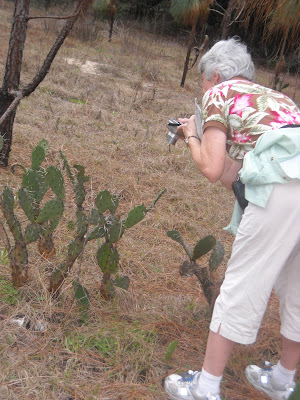 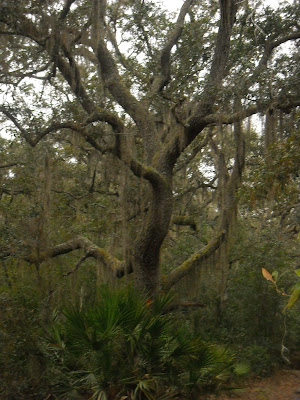 Moss covers most of the trees
After leaving the Merrows we stopped to visit Marlin's cousins in Lillian, Alabama, which is located just over the Florida boarder. When Marlin was a youngster in Illinois, (pre California) he lived in the same neighborhood with this family of cousins. Four of the siblings now live here in Lillian. Saturday night we had dinner for 12 at Judy Covert's home. 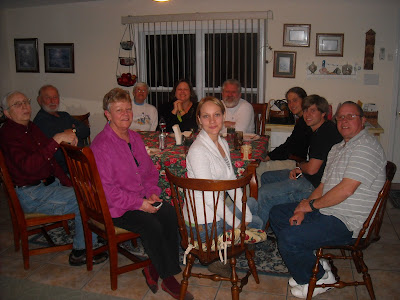 L to R: Jim Covert, Marlin, Shirley Covert, Judy Covert, Tudy Broz, Shauna Covert, Frank Broz, Alex Broz, Nik Broz, Elmer Covert. A delicious dinner of chicken and dumplings was prepared by Shirley Covert, which we topped off with strawberry shortcake for desert.
We spent Super Bowl Sunday on Perdido Key with Elmer Covert. Elmer works for a company that owns several large rental houses on the beach and we were lucky enough to be able to watch the game there.
Before the game began, we walked on the beach and caught the sunset. 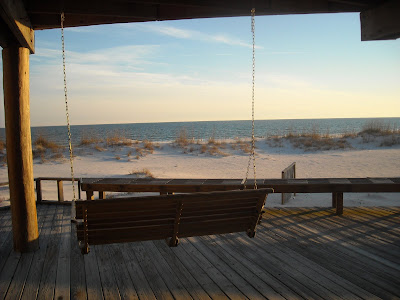 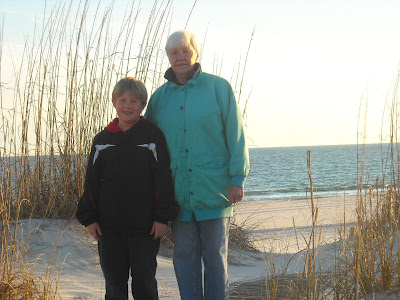 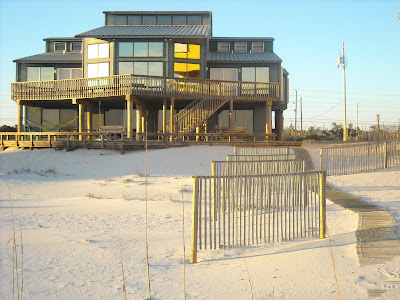 The house we visited on game day 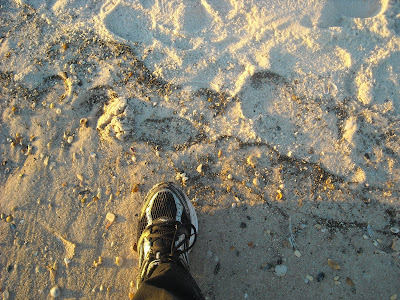 The tide continues to wash up beads of oily tar. Sometimes the tar balls are half dollar size or larger. I'm not sure I would want to be walking barefoot with this still on the beach. 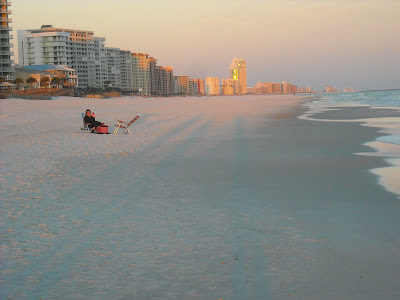 This woman was waiting for the sunset in comfort, complete with chairs, cooler, wine, and glass goblets. Her companion arrived in time to see the show. 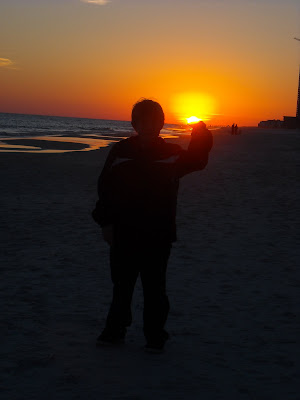 Tyler holding the sun in his hand! 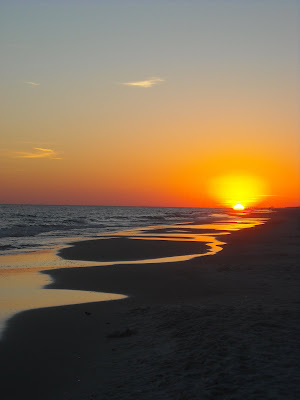 Another beautiful beach sunset
Tomorrow we head back toward Texas. Guess we will skip Brownsville and head straight across through San Antonio to Big Bend National Park. It should take several days, depending on how many interesting stops we make. Stay tuned.