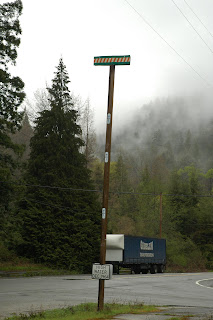 From Crescent City down to Eureka, Route 1 passes in and out of Redwood National and State Parks which manage and preserve the many groves of Coastal Redwoods. South of Eureka, the main road dips inland a bit.

One tiny town we passed through called Weott, had an interesting history. Back in 1964 they had 32 inches of rain in three days along with a warm spell that cause an early snow melt in the mountains. A 33 foot post at an intersection marked the height the water reached when the rain stopped. No new buildings at this site! 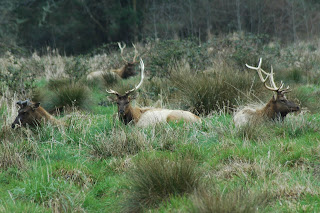 When the road returns to the coast slightly above Fort Bragg and Mendocino we stopped for the night. This area posts signs to beware of crossing elk herds. We were still surprised when we saw groups of them directly on the side of the road. At one spot the females were jumping into a horse pasture to share new green grass with the grazing horses. The males occupied a field across the road and apparently had full bellies. 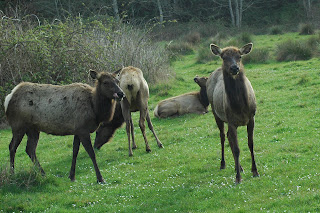 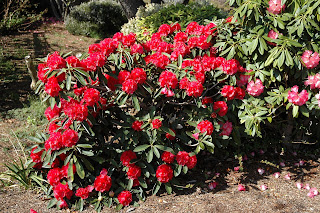 Mendocino is a small village perched on the edge of the ocean, harboring many art galleries and a superb Botanical Garden. The Magnolia trees and many of the Rhododendrons from their large collection were in bloom but I can only imagine what colors would be available in another month or two. Various trails wander here and there throughout the grounds. Half the acreage is fenced off to exclude deer from munching down the plants, but the western section, out to the ocean, allows wild things free range. 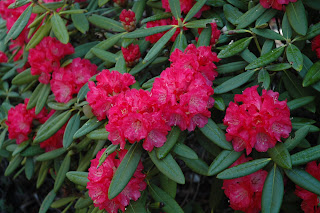 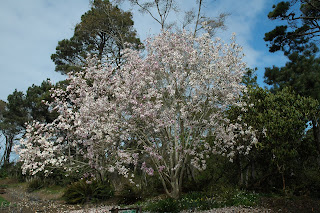 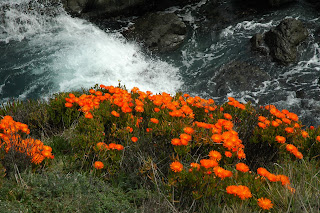 Wild Flowers at the edge of Mendocino Botanical Garden 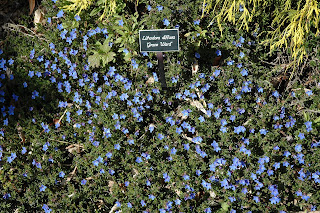 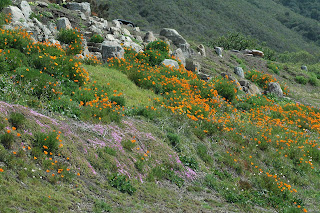 After two weeks of gray rain and windy chill while descending down the northern coast, we veered inland after Mendocino, on a route that promised numerous vineyards and wine tasting venues and most importantly, warmer temperatures.

At this time of year, this countryside has lush green rolling hills with miles of vineyards just beginning to show tiny ears of growth on the vines, and sporadic patches of California‘s famous wild yellow poppies. 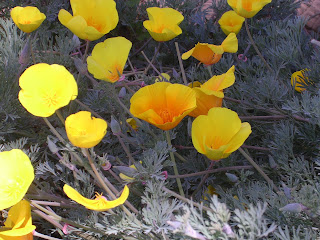 We made a few wine stops then decided to by-pass San Francisco, and head for Morgan Hill, just outside of San Jose. We spent four days here where it was sunny and warm, getting dried out and toasted, and visiting again with the Burwells
One of the days we took a picnic and drove into the foothills, reaching Robert Coe Ranch State Park. It is hard to believe there once was a thriving cattle ranch here since the hills are so steep the cows must have had two short and two long legs to graze here. This State Park is the second largest in the State, covering more than 85,000 acres. During a severe forest fire last fall, over 40,000 acres burned and is now being monitored to assess the recovery process.

When we left Morgan Hill, we headed for the coastal route again, beginning with the famous 17 mile drive in Monterey. The area known as Pebble Beach is within the Del Monte Forrest. This acreage was purchased in 1880 by the owners of the Del Monte Hotel. The forest land is often described as “the greatest meeting of land and water in the world” The slim road parallels the rocky curving coast line, passing some of the six world famous golf courses tucked in along the route as well as a community of multi-million dollar homes. 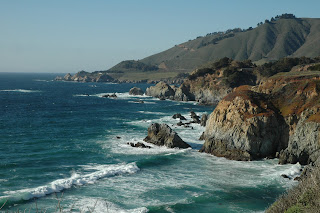 Along the road stopping opportunities are provided at the many outstanding sights such as Bird Rock, where countless sea birds and sea lions perch, (great smell); Cypress Point Lookout where hundreds of harbor seals give birth in April and May; Lone Cypress , the landmark linked to Monterey that has been on its rock perch for over 250 years; plus mesmerizing views of the rough Pacific can be seen from every curve in the road. 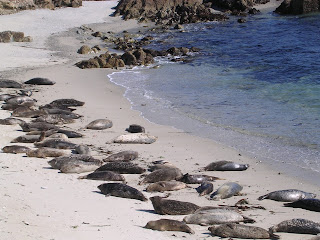 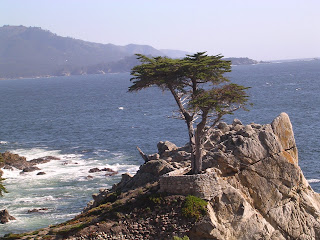 
We skipped the shopping opportunities in Carmel by the Sea and moved south on Route 1 which extends for 90 miles between Monterey and San Simeon (Hearst Castle). We stopped in the village of Big Sur, camping at a Riverside campground that called out to be missed, Ugh.
The next morning we hung out in a local bakery with great coffee and apple danish until the Henry Miller Library opened at 11:00.
We spent the rest of the morning at the Henry Miller Library. I can't believe we did not take any pictures. It is an inspiring spot fronted with a garden full of eclectic art and Chinese lanterns strung atop a small amphitheatre used for summer performances. The building is a small house owned by Miller's long time friend Emile White, who originally created the Library after Miller's death in 1980.
The property is now run by Big Sur Land Trust with the purpose of promoting the works of Miller and to serve as a cultural and artistic resource for the area. We browsed through the art and books for several hours and left feeling upbeat and optimistic. A great stop. 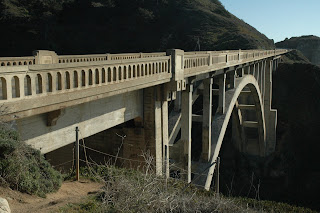 South of Big Sur the road along this part of the coast took 15 years to completion in 1937. This bridge is 1932 vintage. 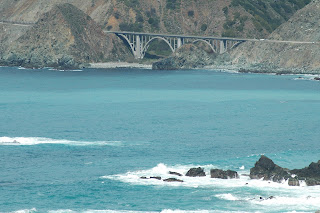 Looking back from a viewpoint 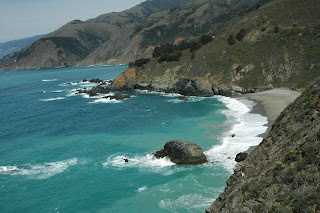 Lots of hidden beaches along the road without access
Posted by cooktravelogue2007-8.blogspot.com at 2:14 PM