After leaving Bentsen, we drove the seven hours north to Austin and McKinney Falls State Park for a four day stay.  We visited here last year and enjoyed the extensive trails and picnic spots along Onion Creek. This year we arrived along with spring.  Wildflowers covered the trails and grounds. 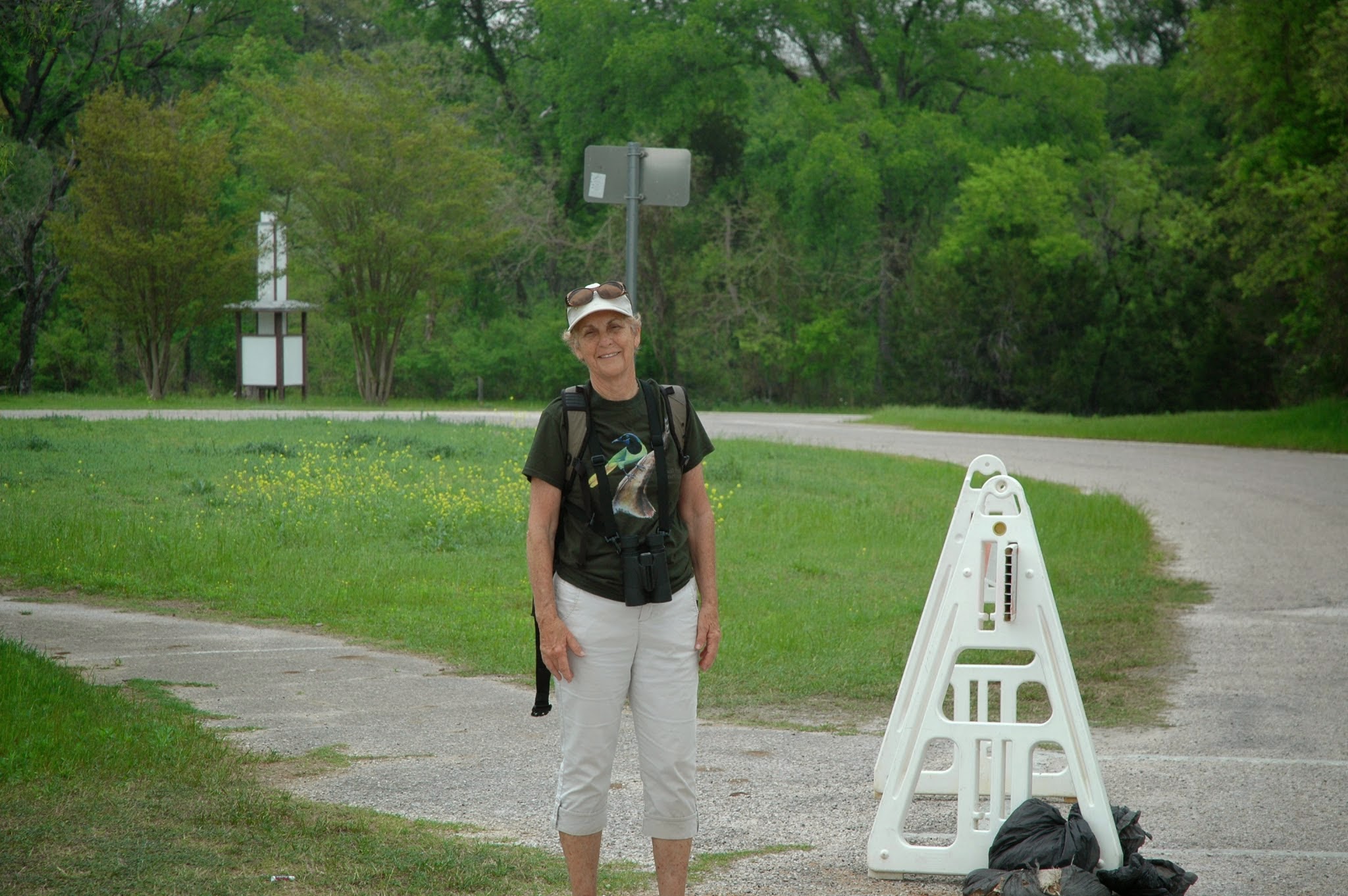 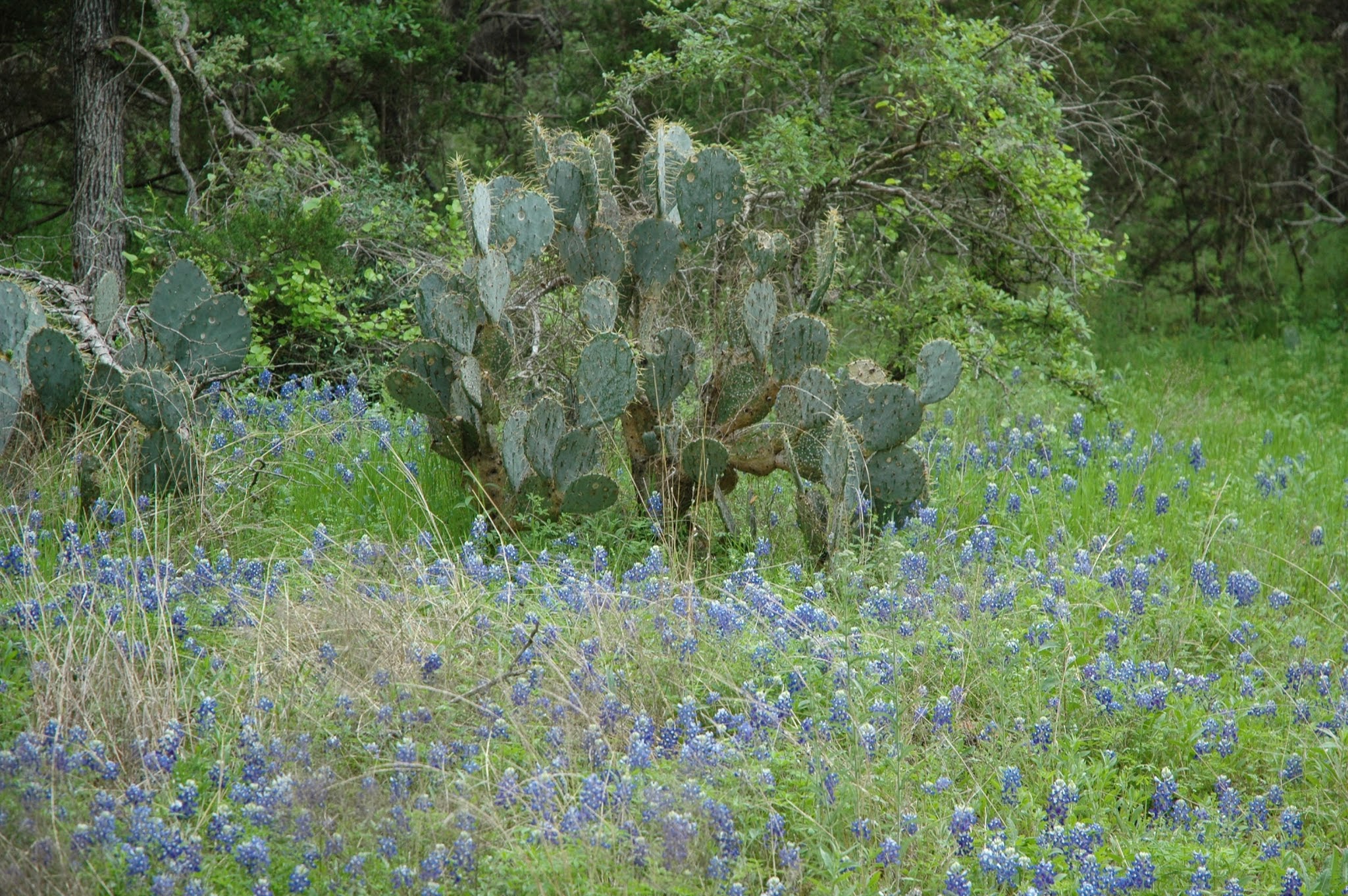 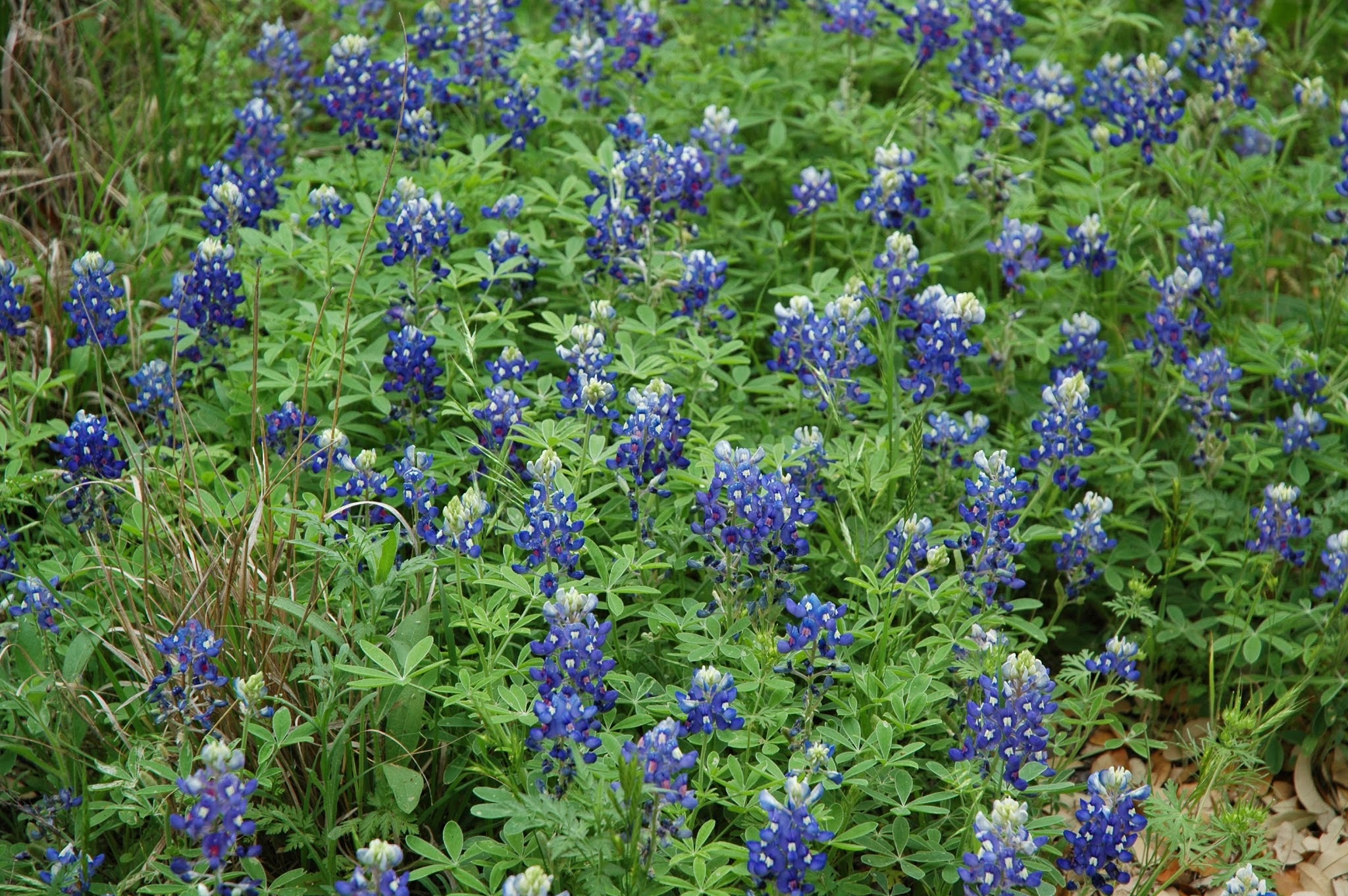 Blue Bonnets everywhere.  They are the same family as our lupines only half the height. 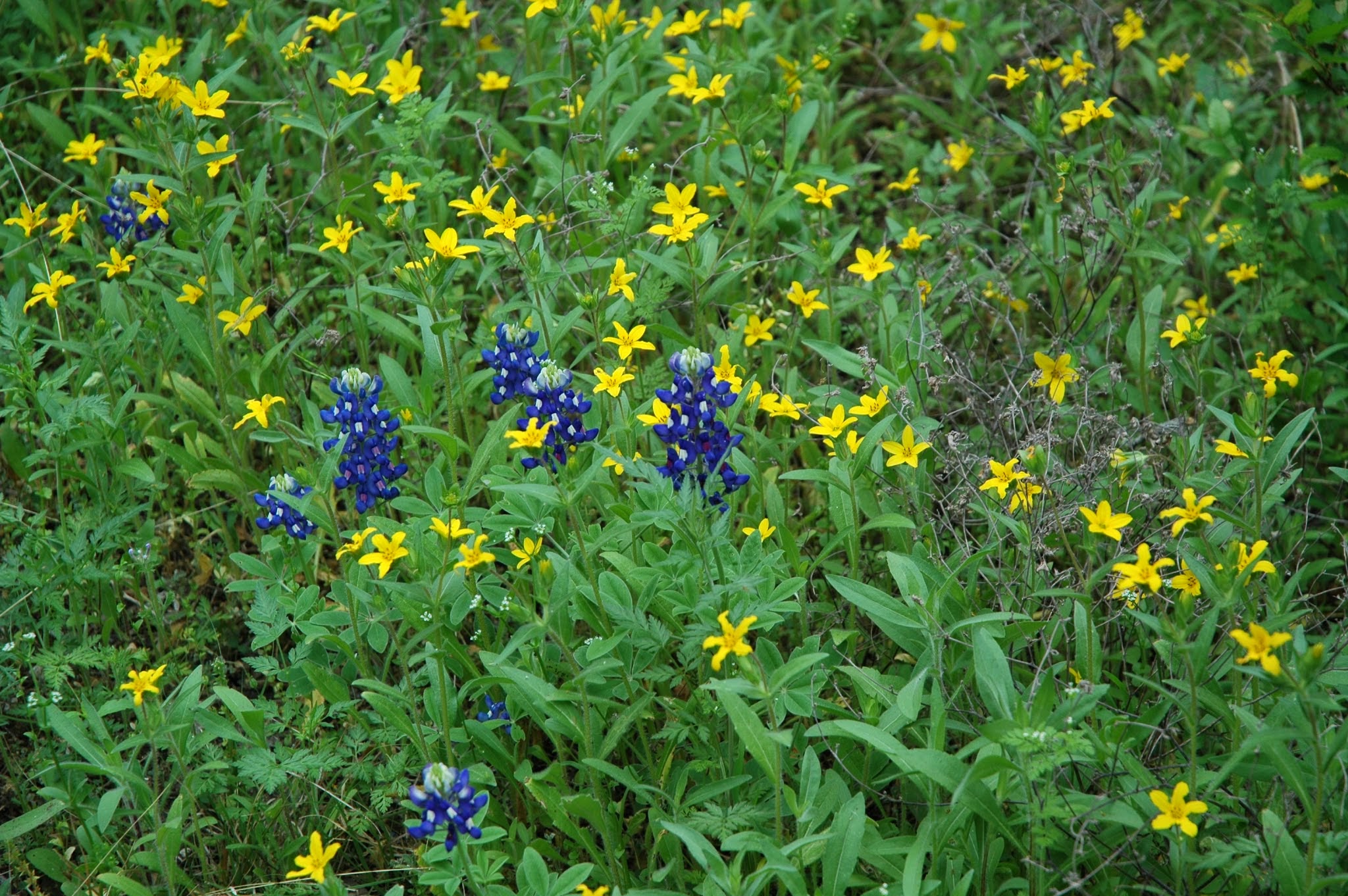 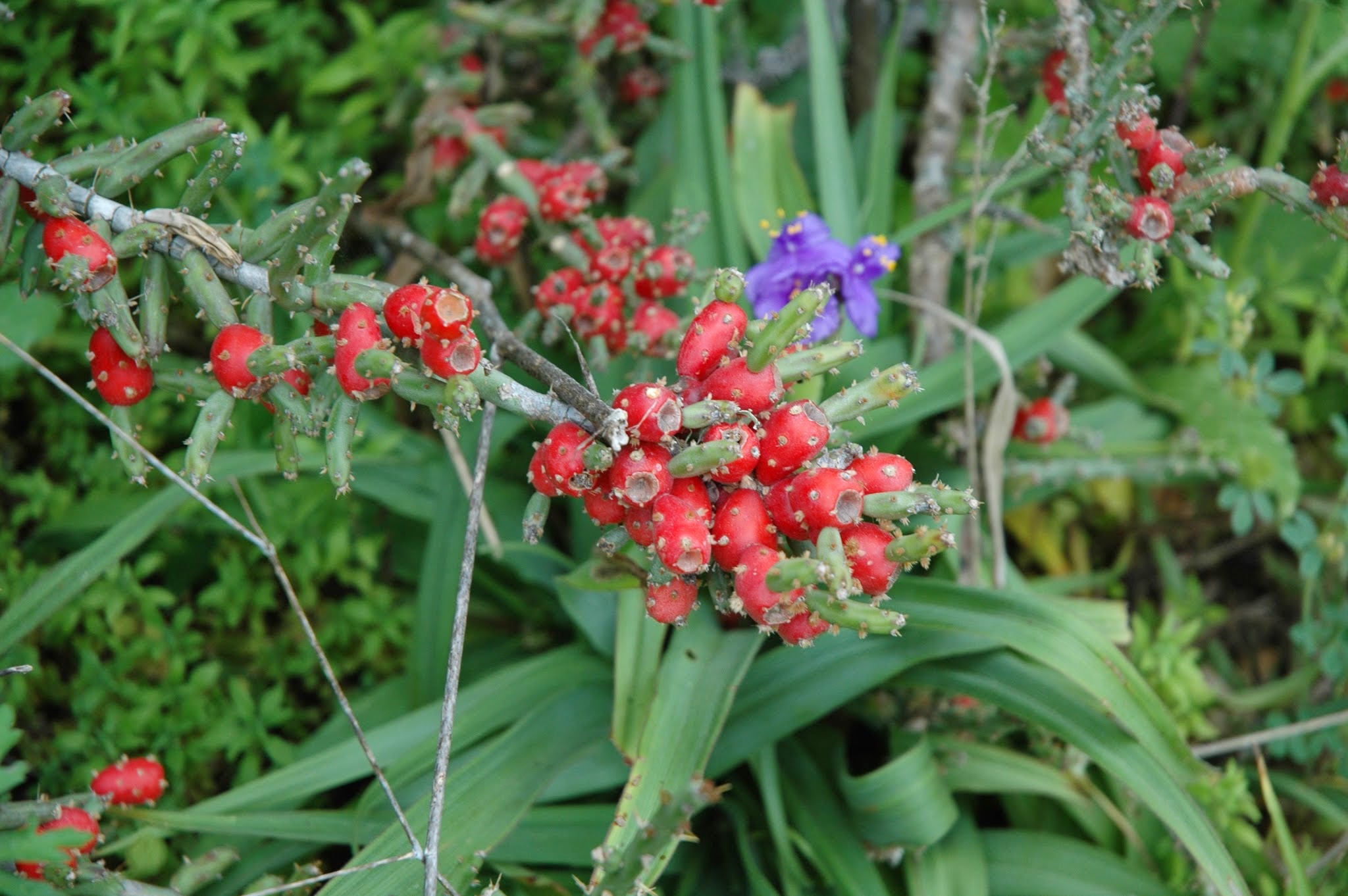 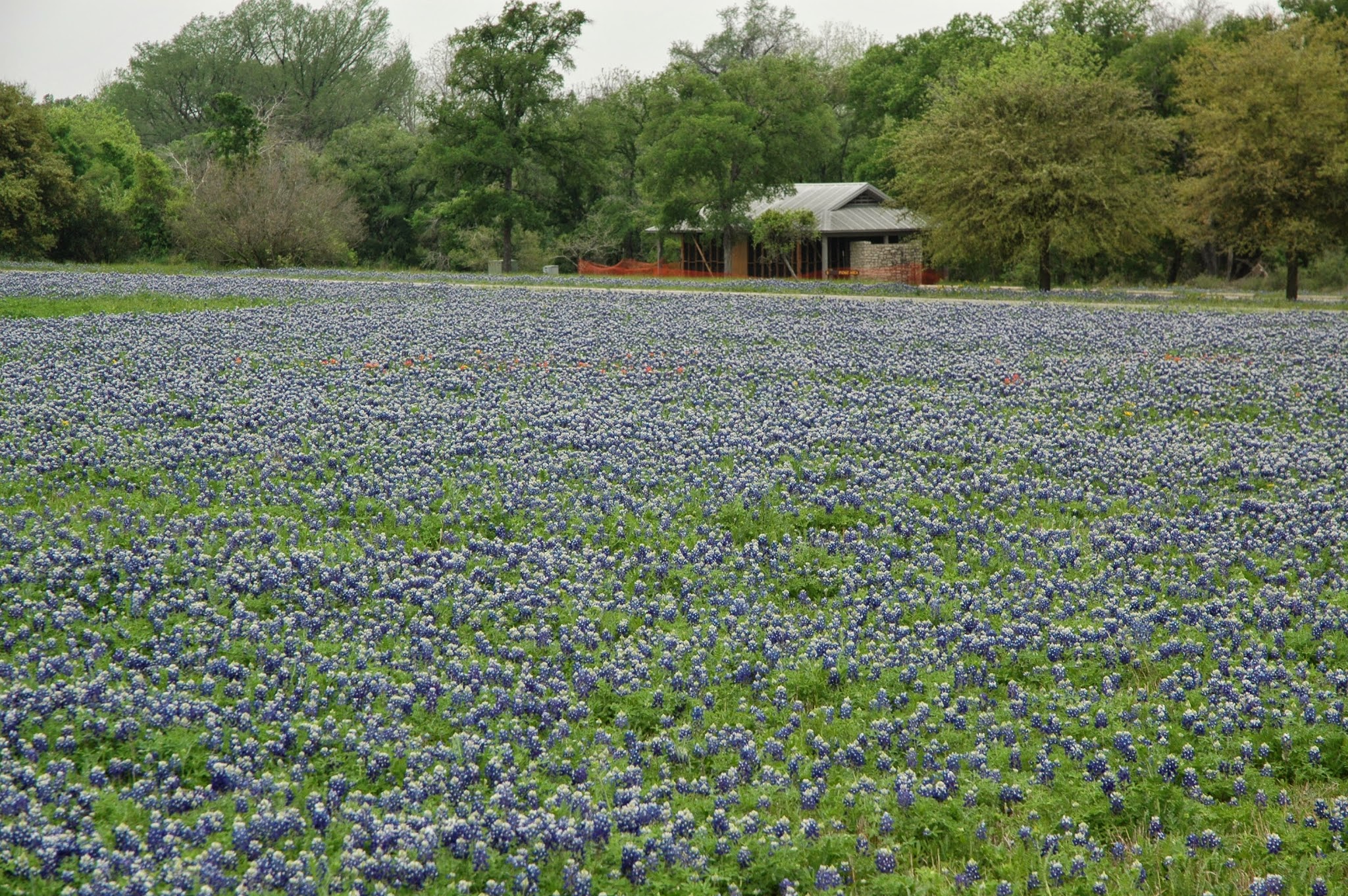 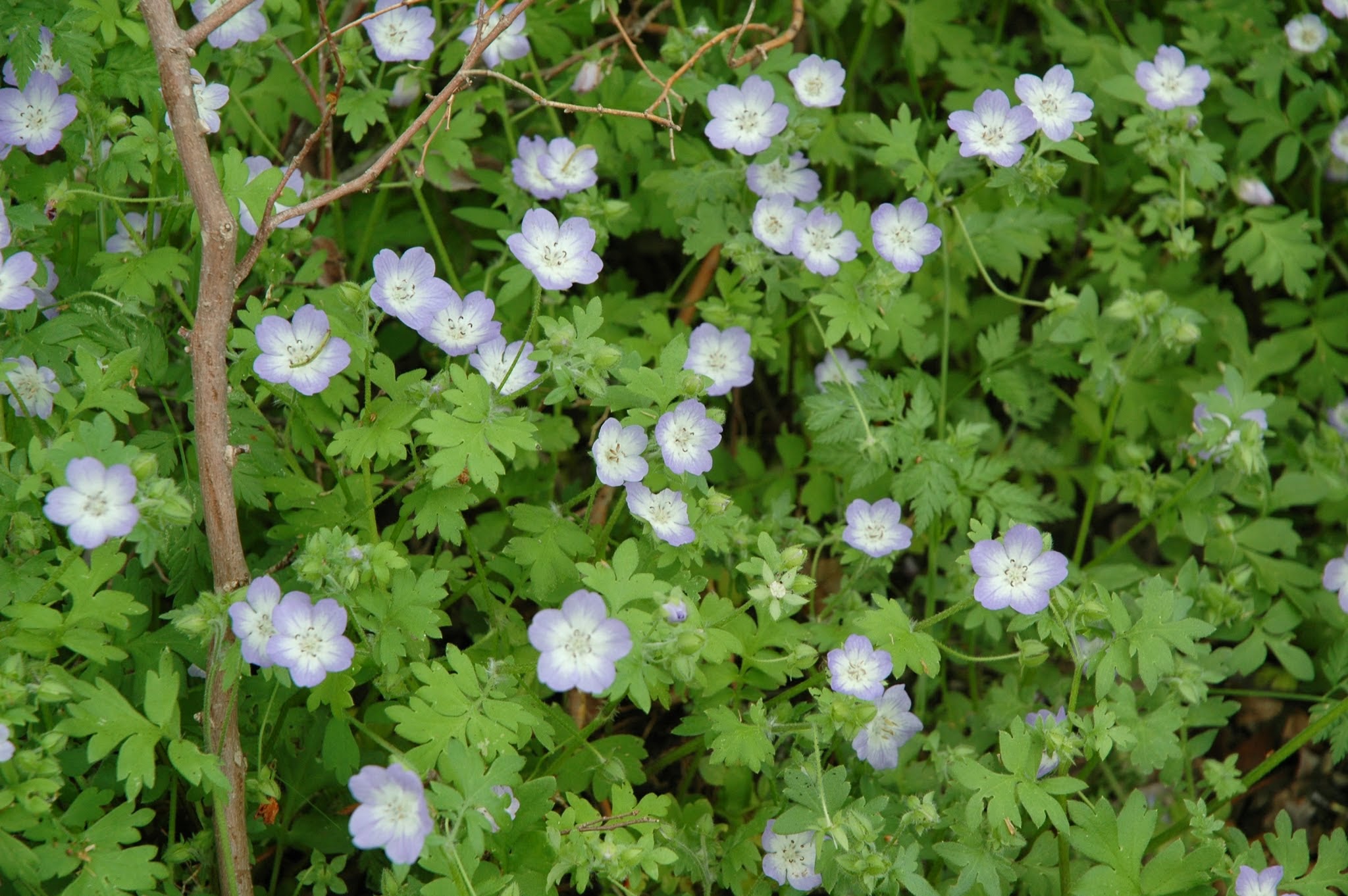 Although the wild flowers were in full glory,  the park is only beginning to recover from a major flash flood that occurred on October 31, 2013.  Onion Creek erupted between five and six o'clock in the morning, cresting around ten o'clock, at a record depth of 41 feet above flood stage.  News reports said the creek rose 11 feet in the fifteen minutes between 6 AM and 6:15.

Much of the debris along the river trail has been moved into piles, but viewing how high the water swept through this area, it is amazing anything was left to be cleaned up. 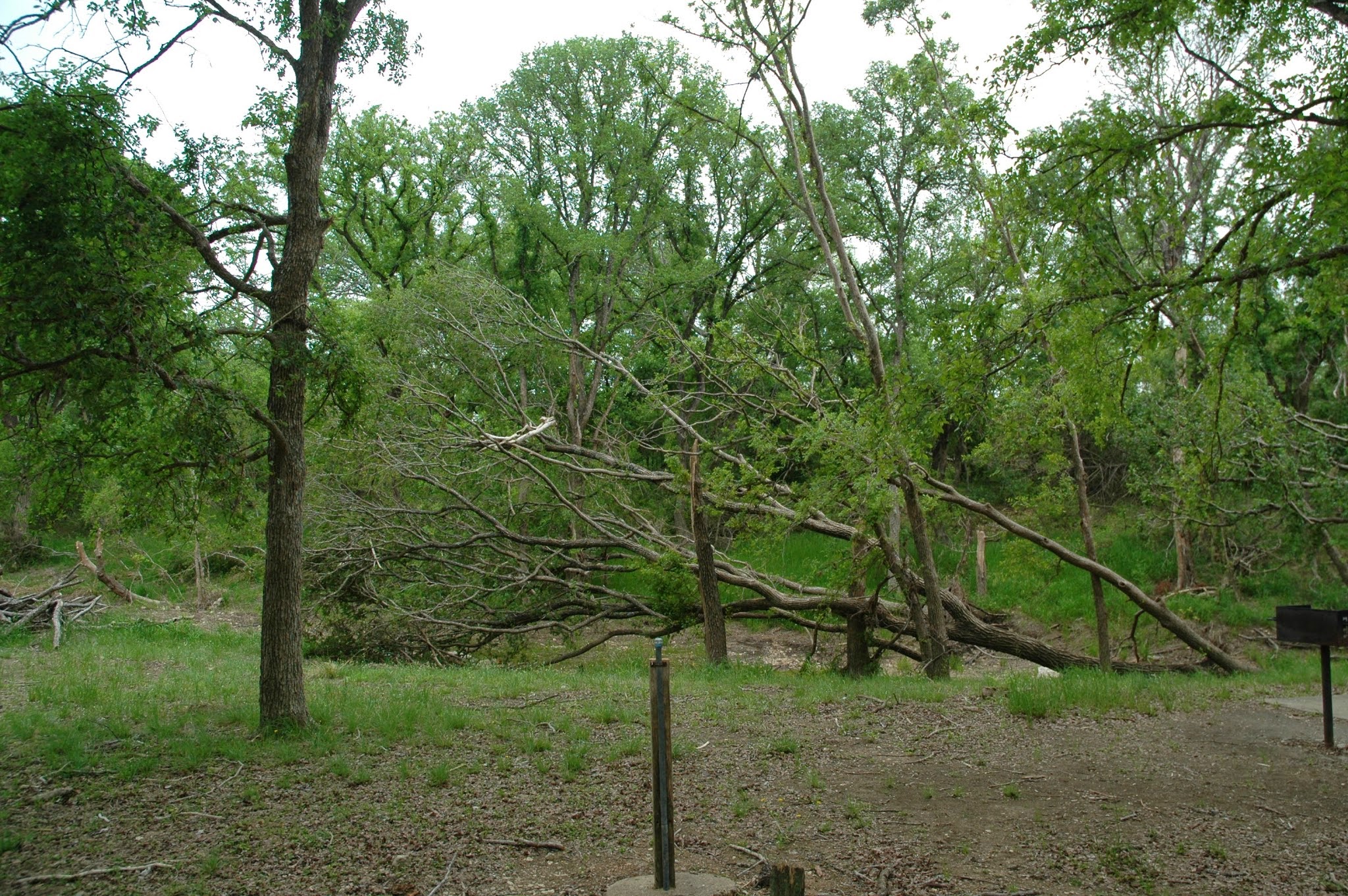 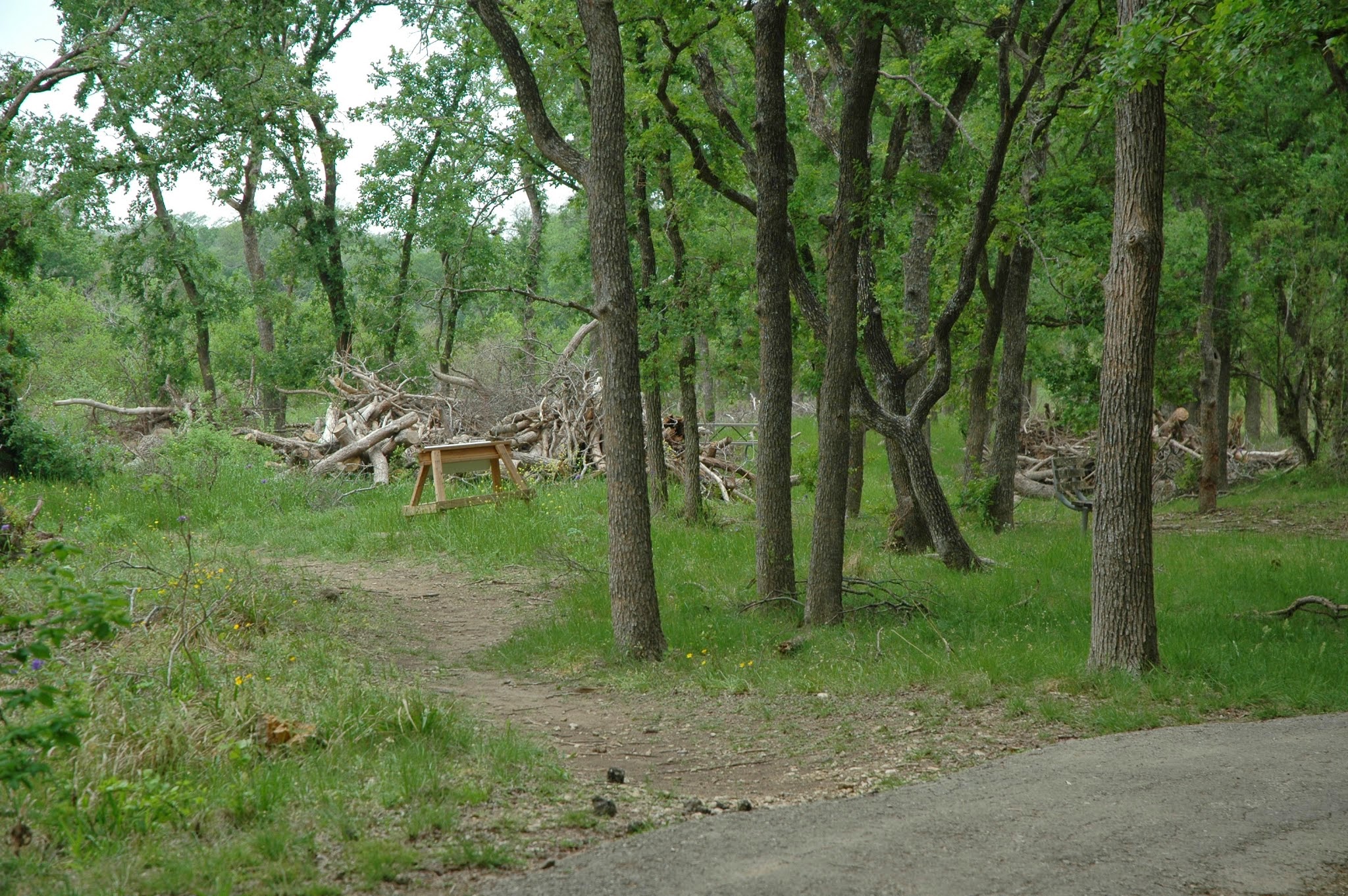 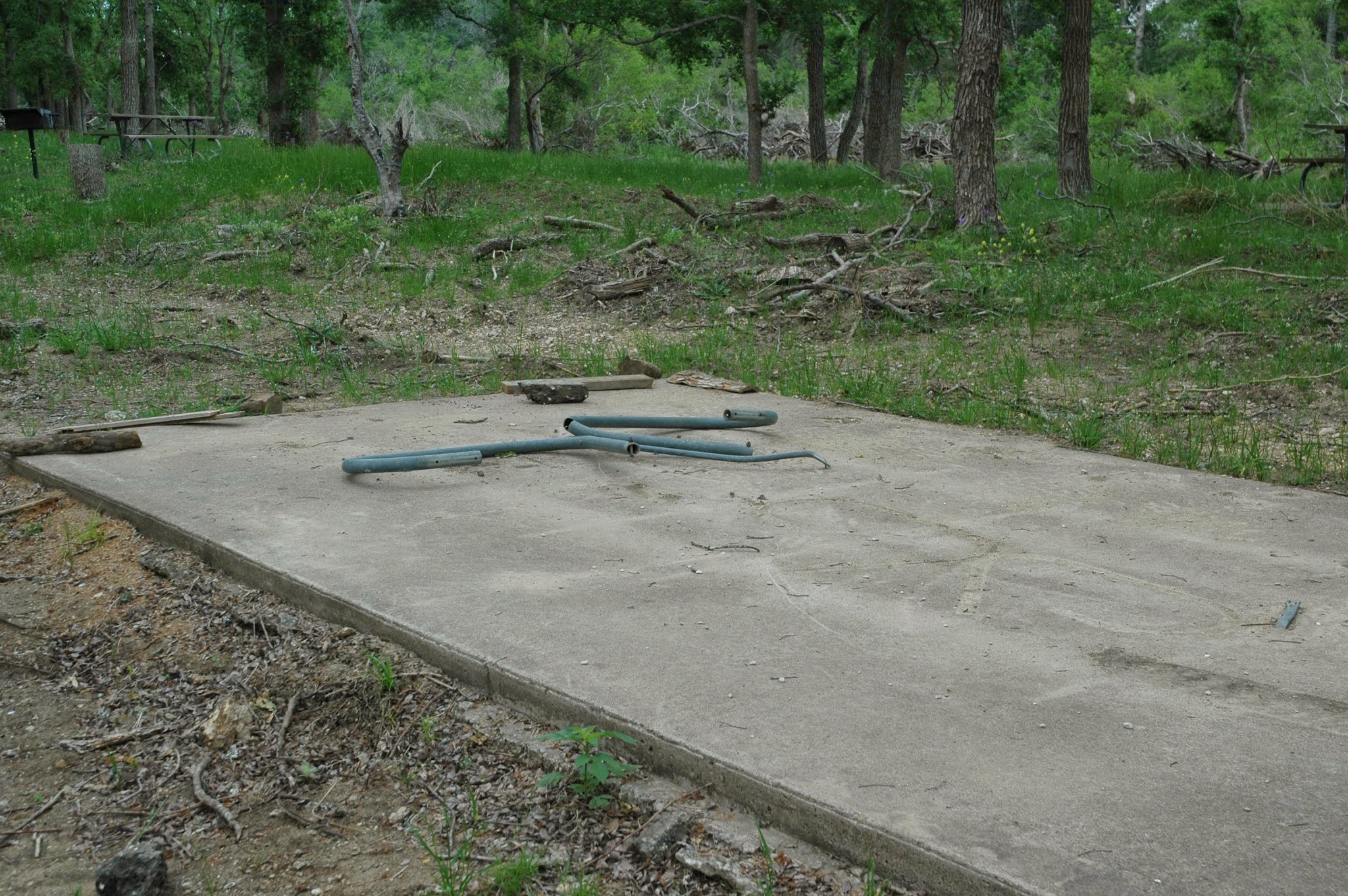 The picnic tables had been bolted to the slabs. 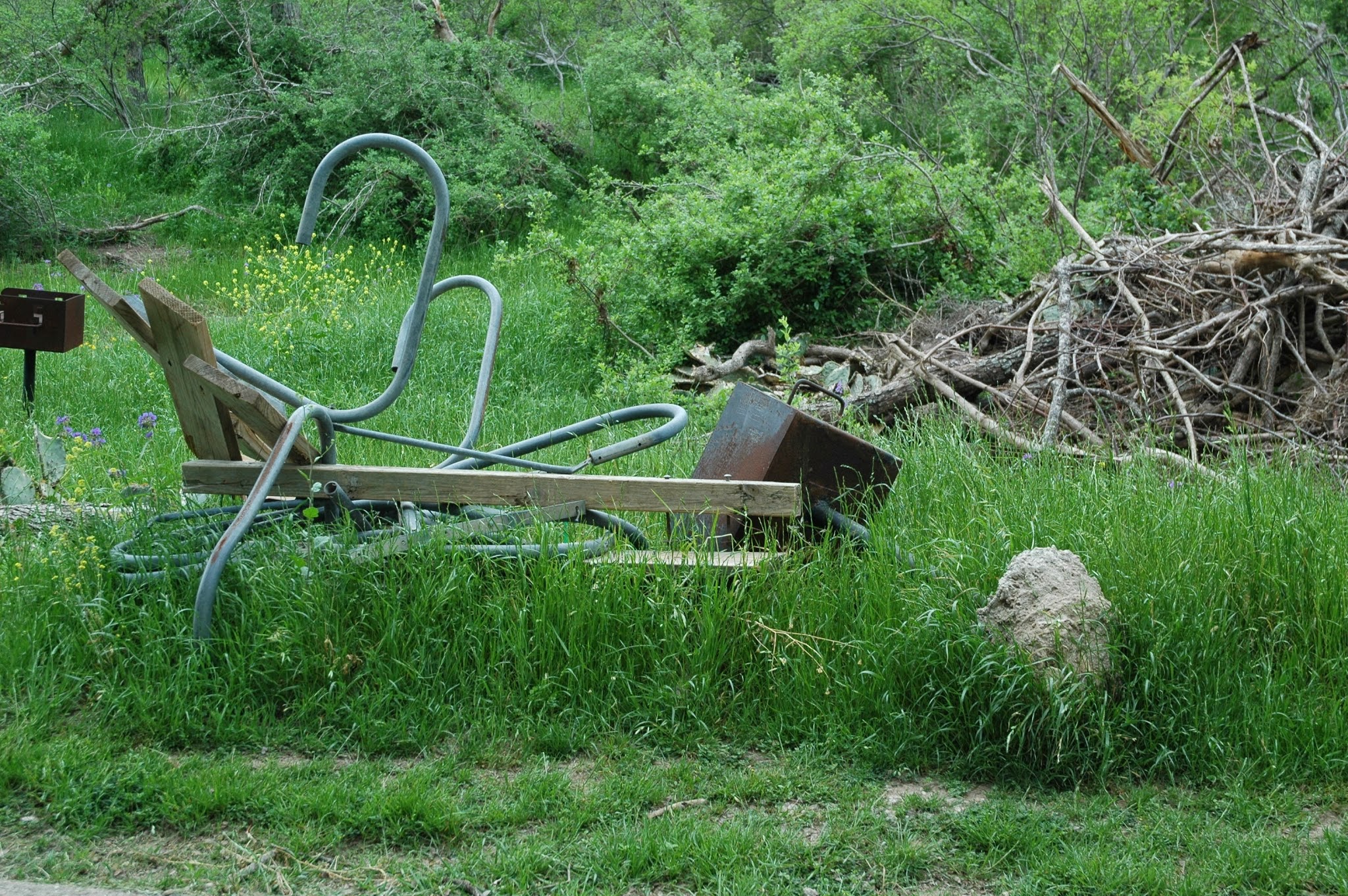 Even the barbeques were ripped out of the ground 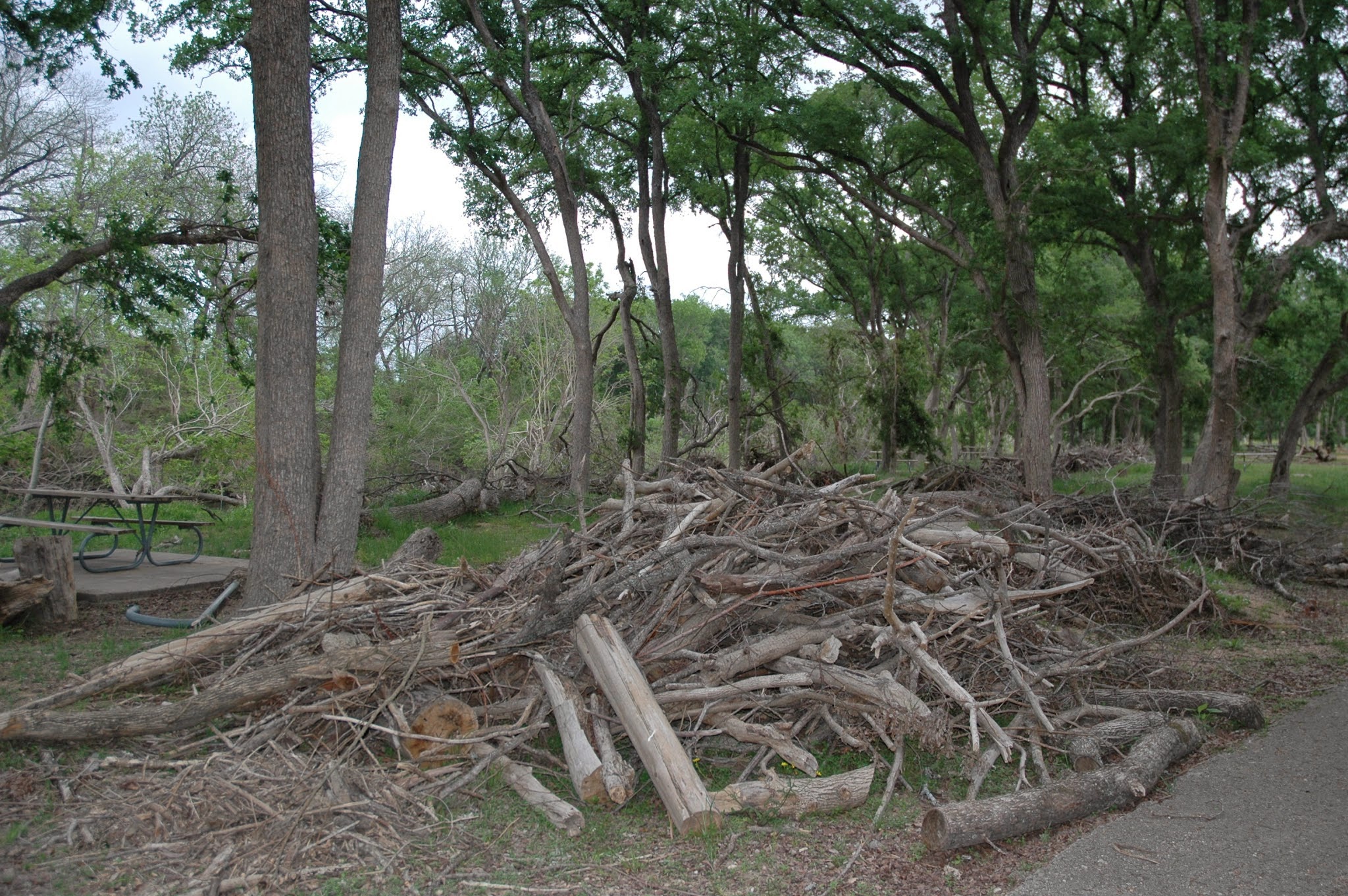 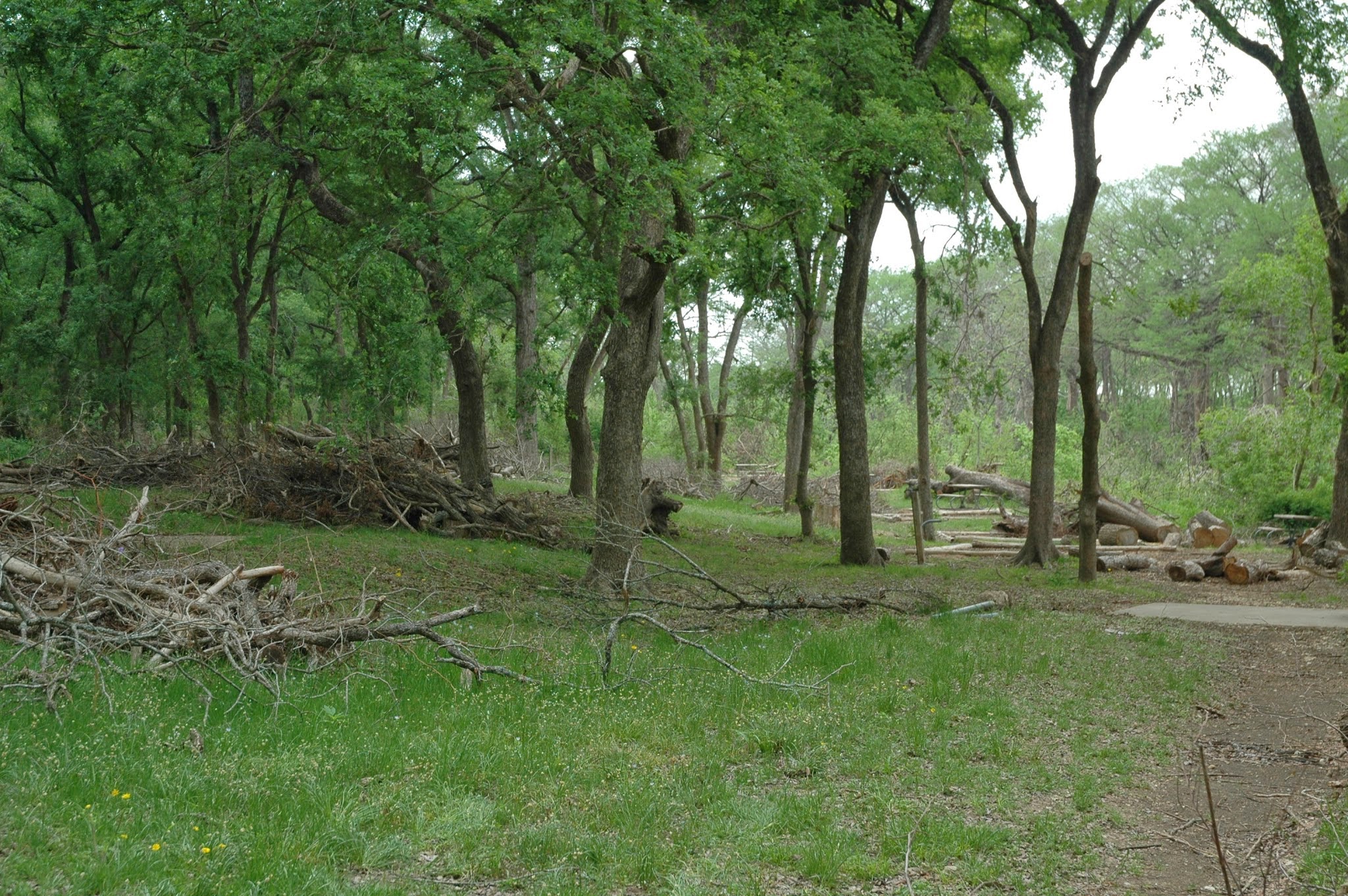 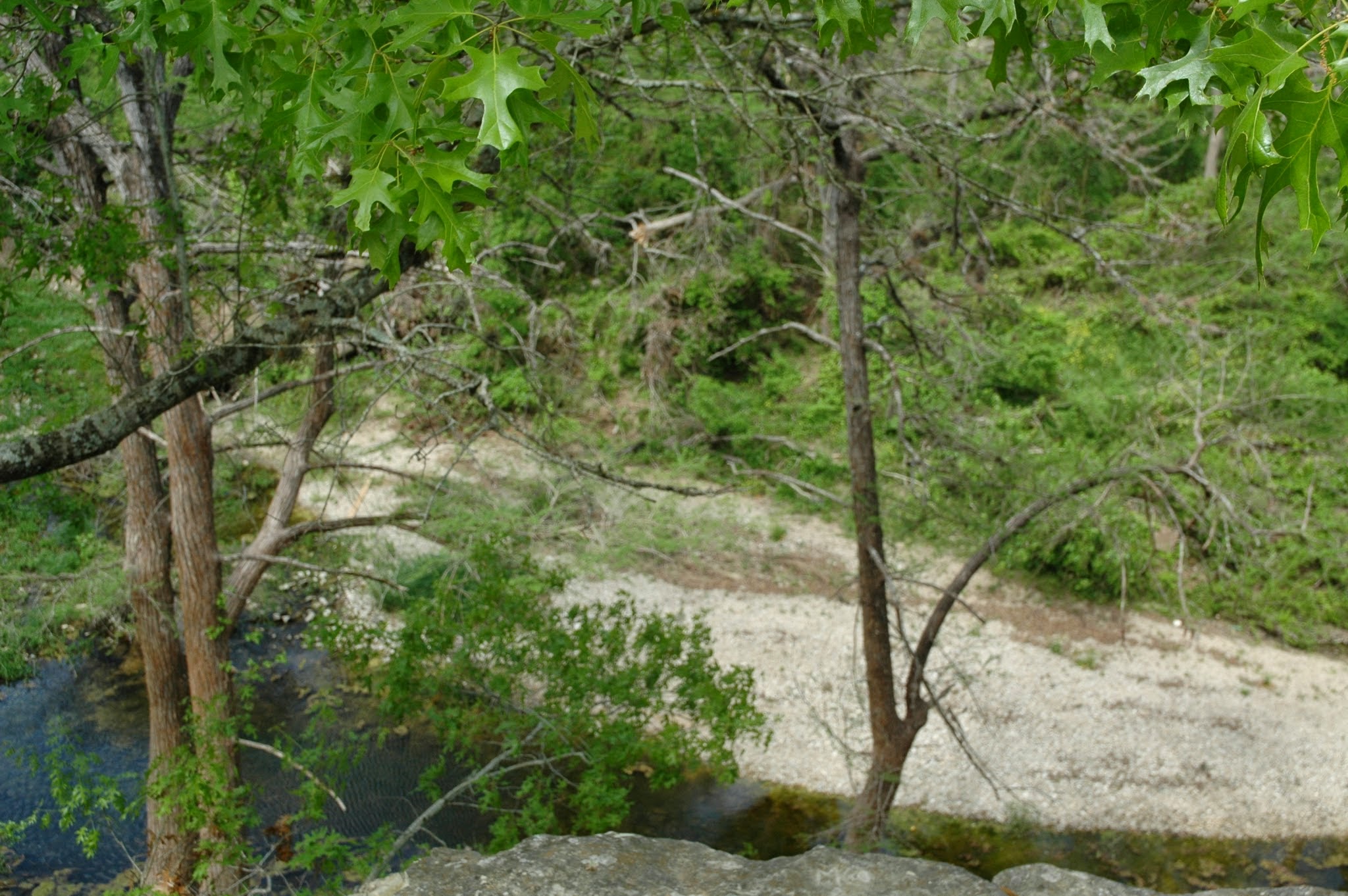 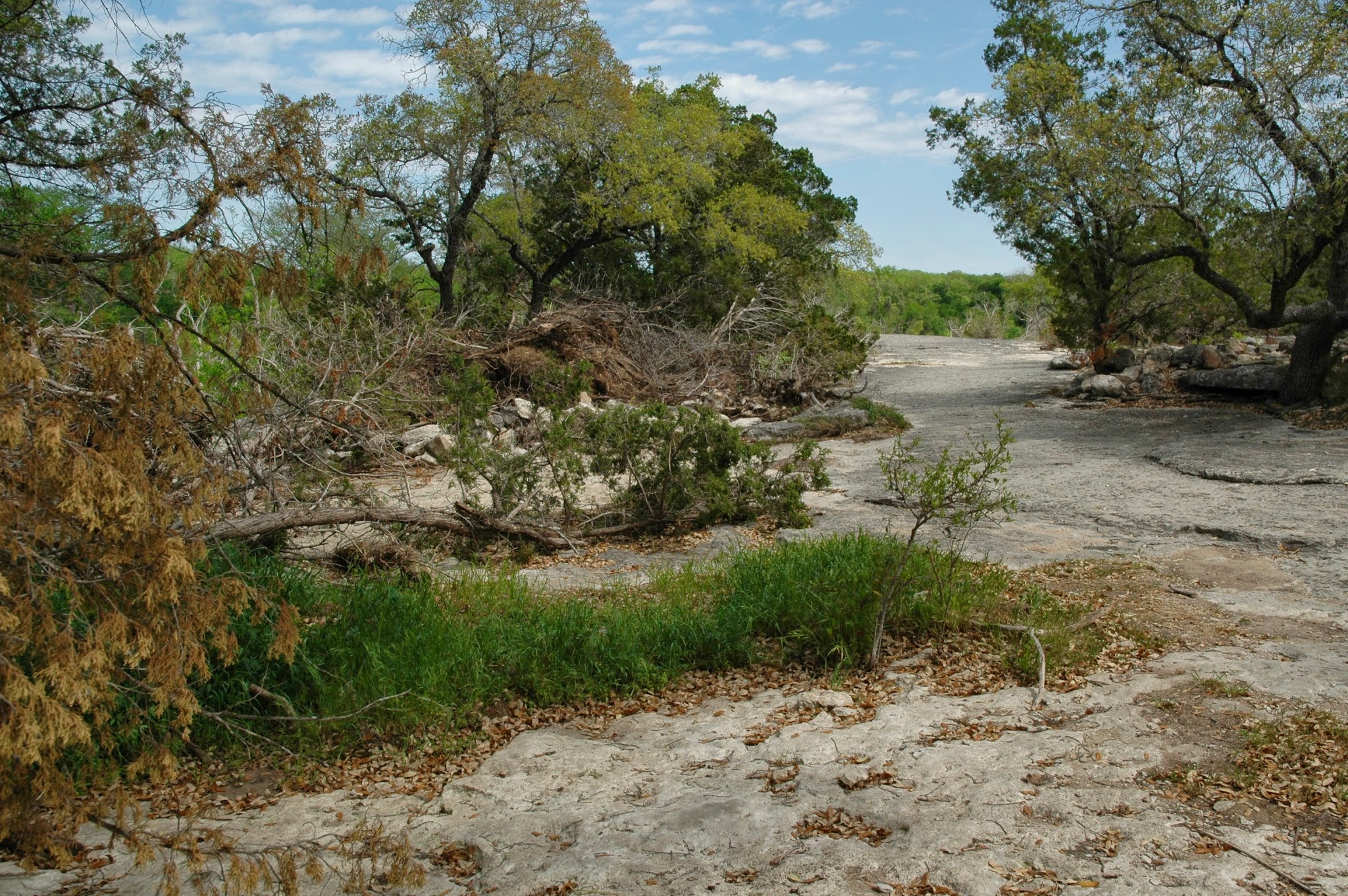 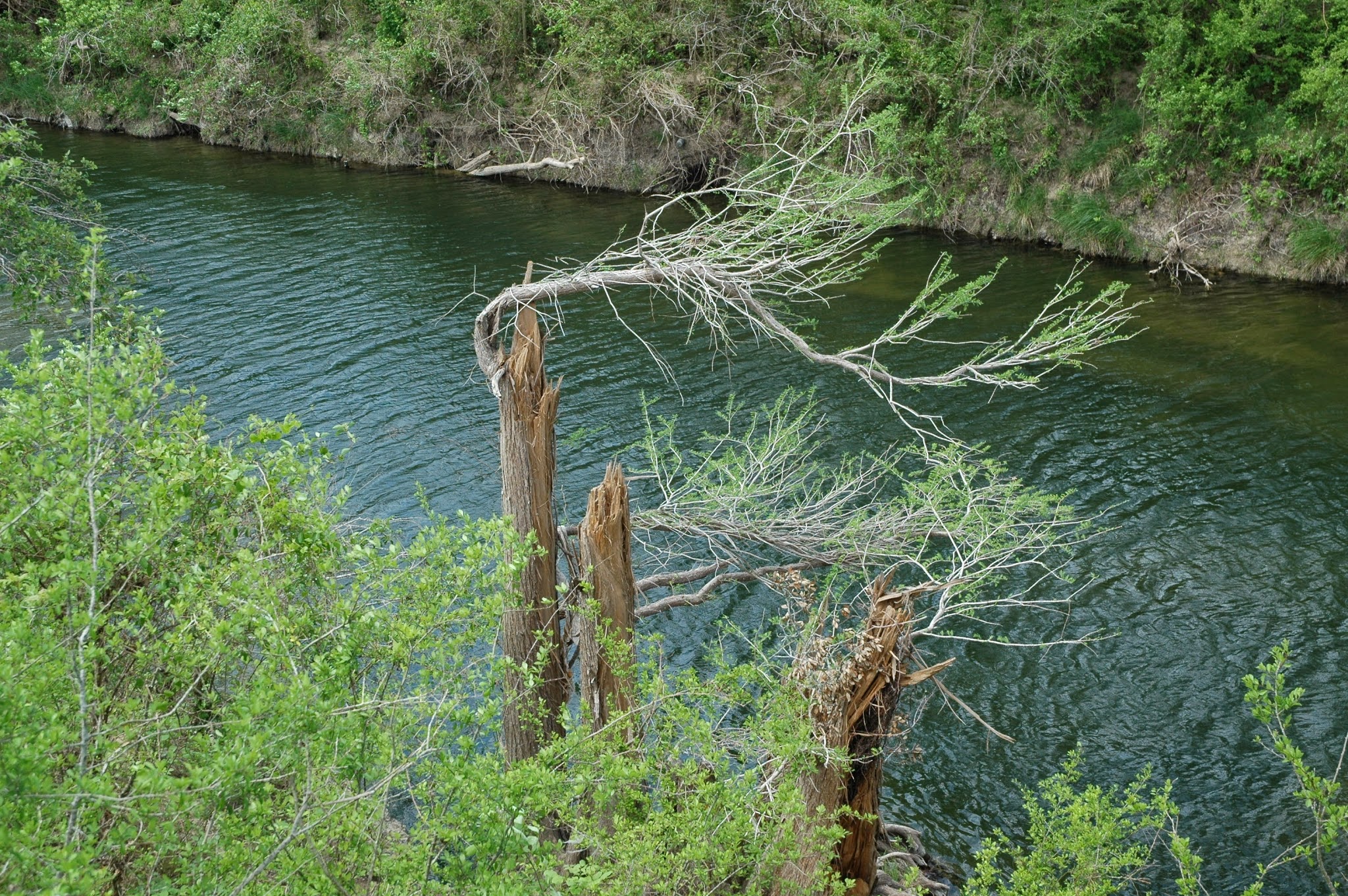 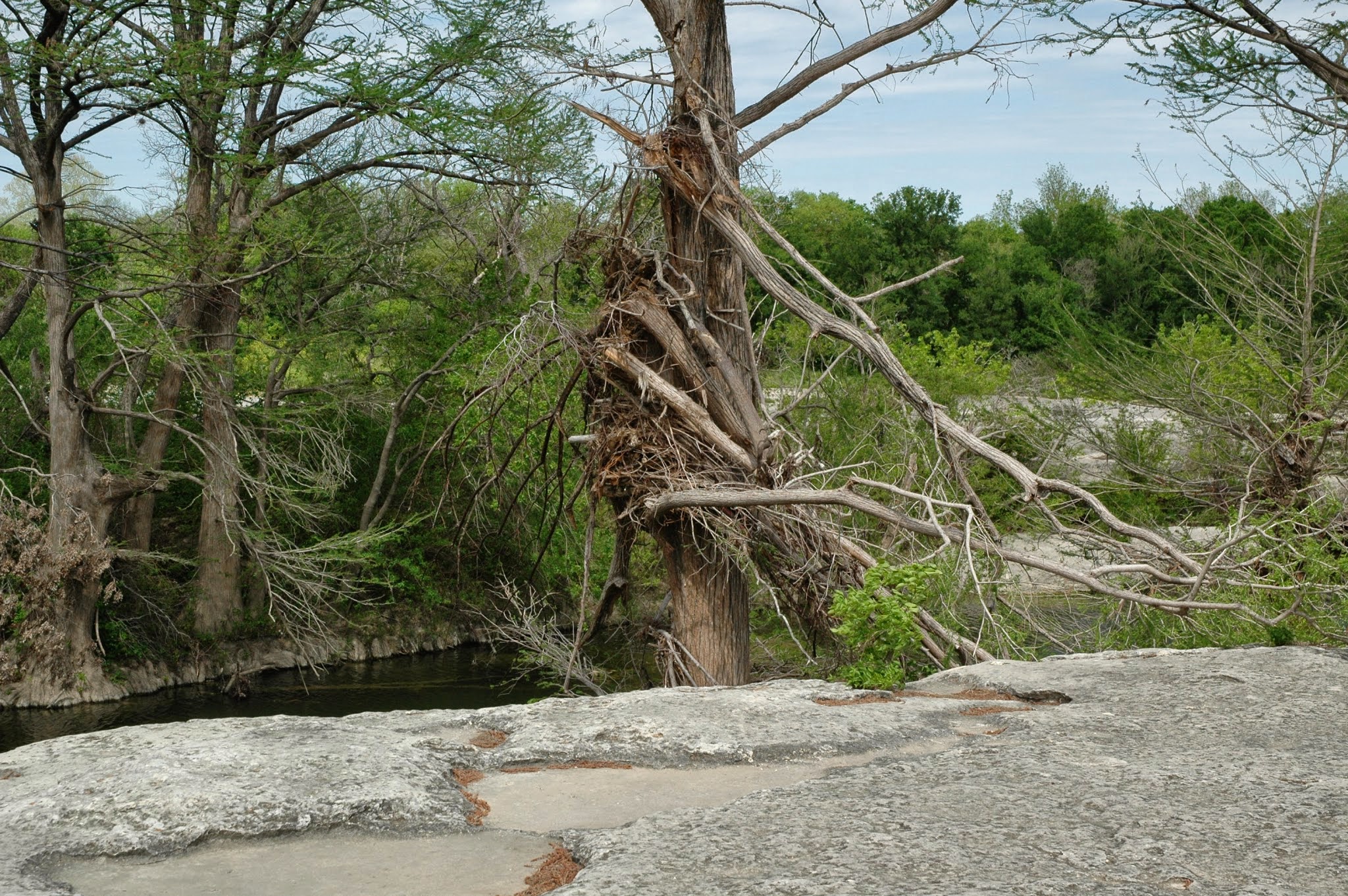 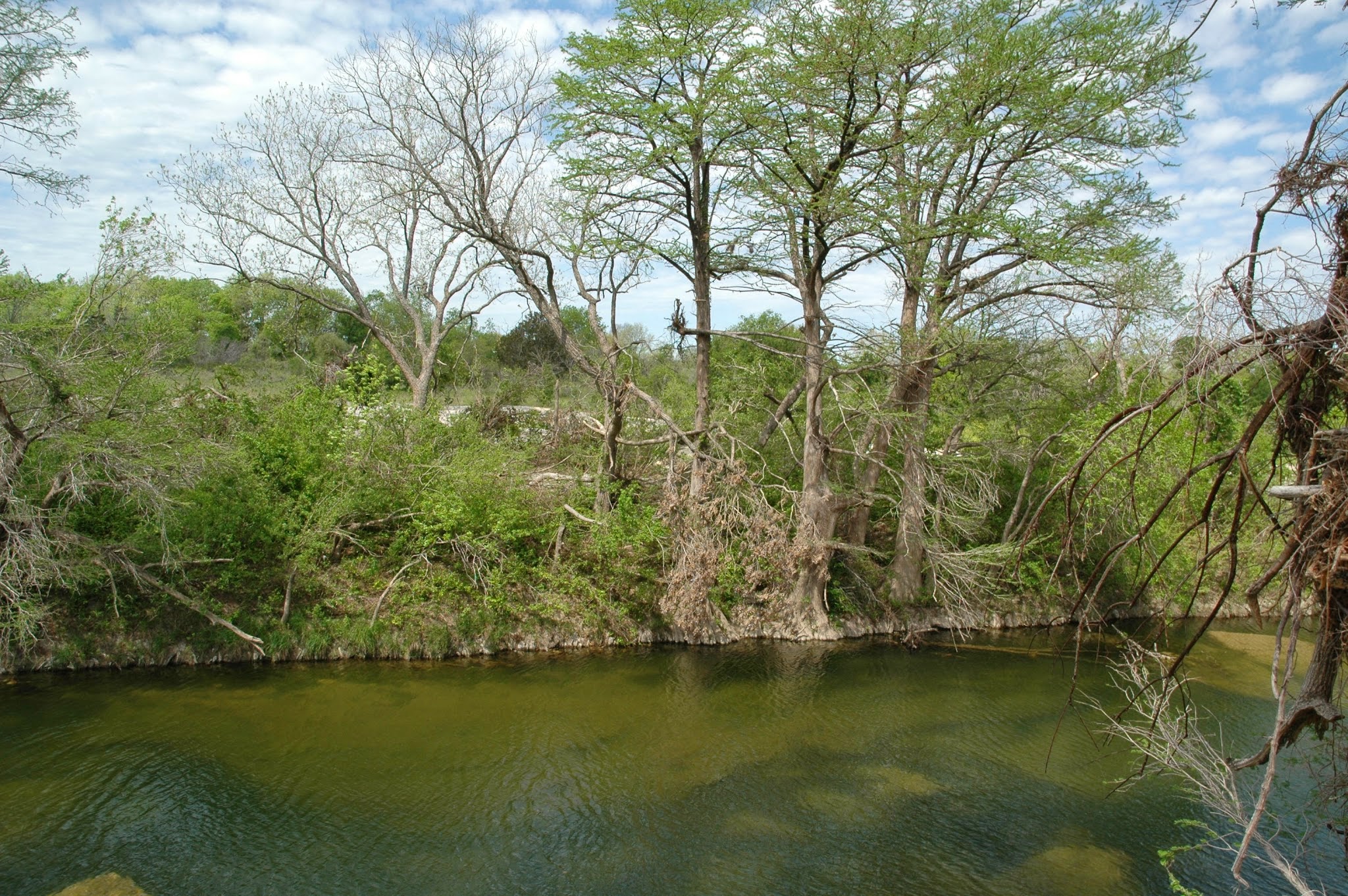 Look at the uprooted trunk more than half way to the top of the trees on the opposite side of the creek.

Residential housing along the creek was hit hard.  259 homes were damaged, with 15 listed as destroyed.  ABC's local news reported the flow was 120,000 cubic feet per second, which is double the flow of Niagara Falls.

In the middle of all that destruction we spotted a heron/egret rookery in the trees on the opposite bank of the creek.  We counted five great blue herons and three egrets on nests.  We watched several take off and come back with food for their mate but we were not fast enough to catch one in flight with the camera. 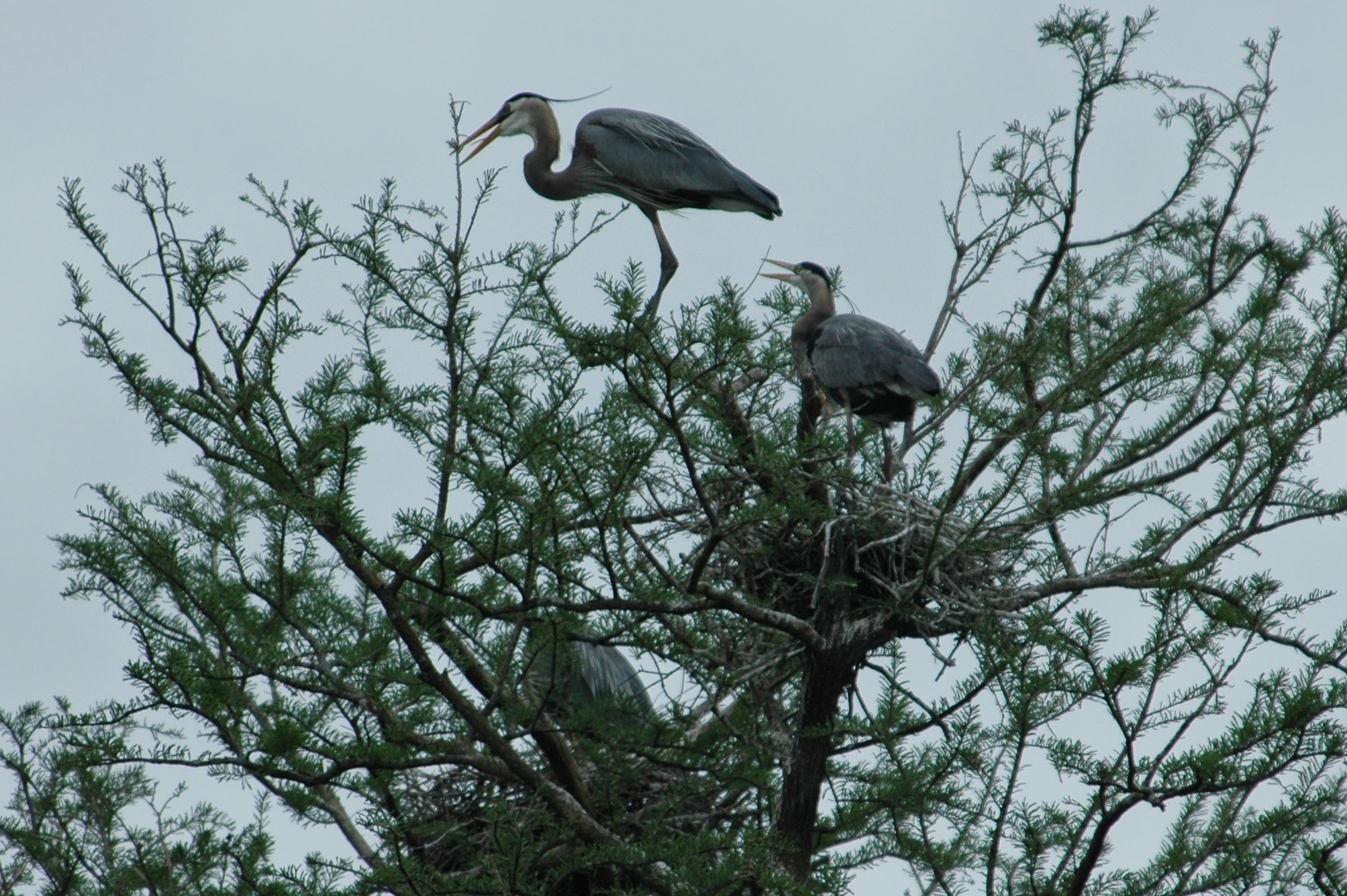 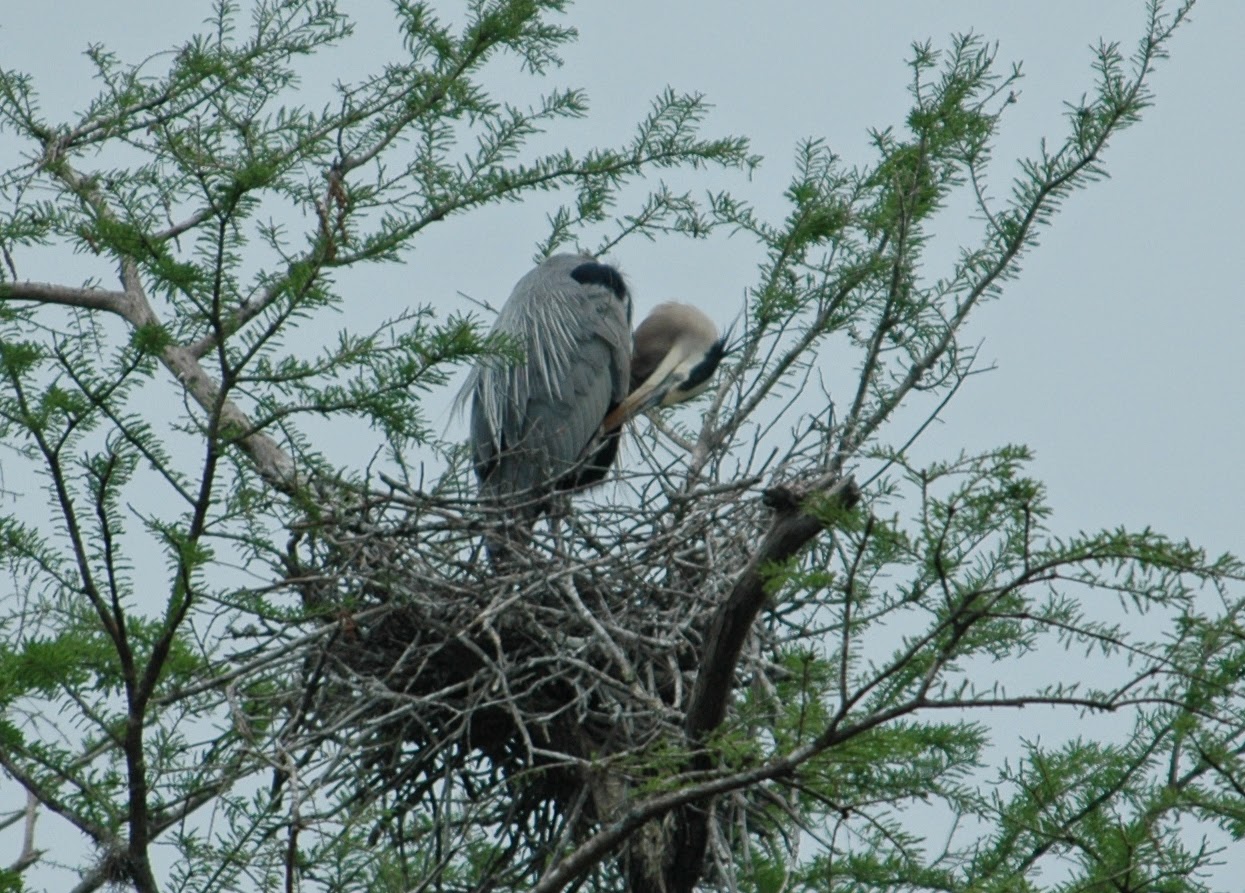 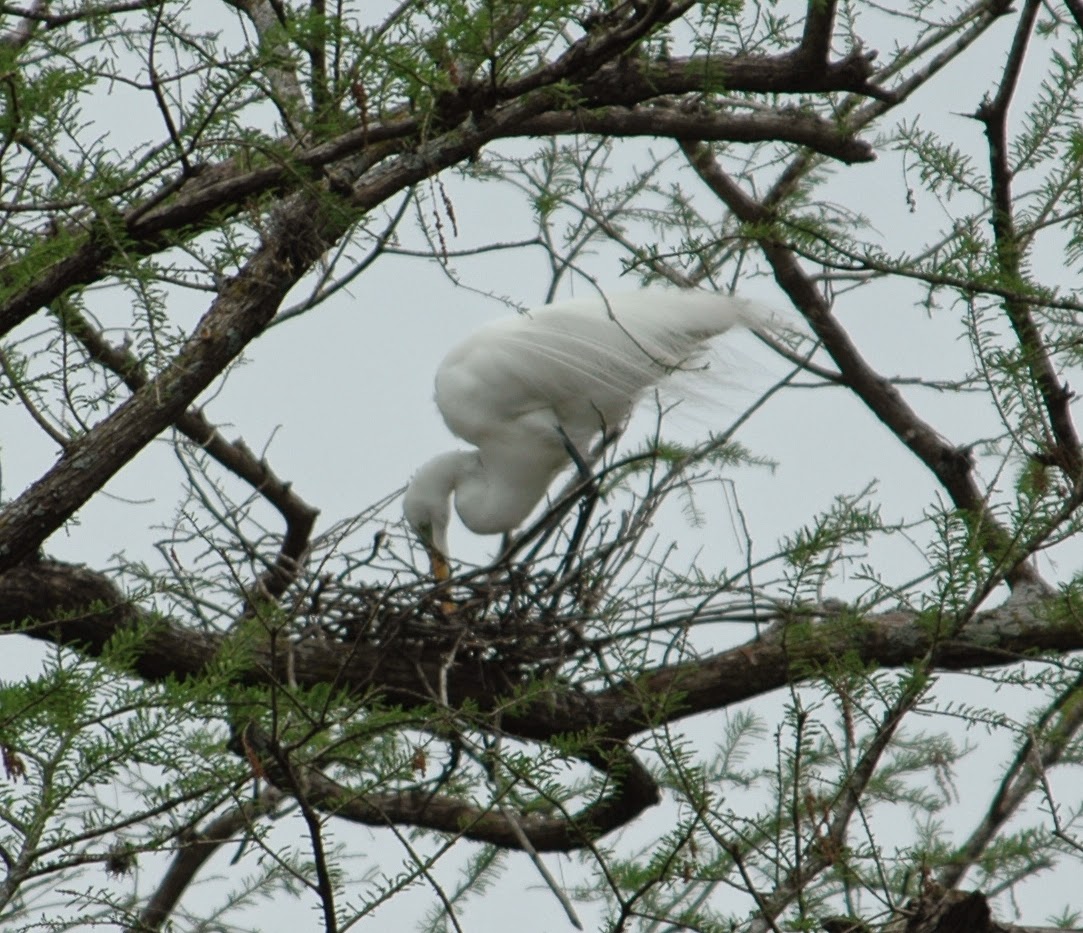 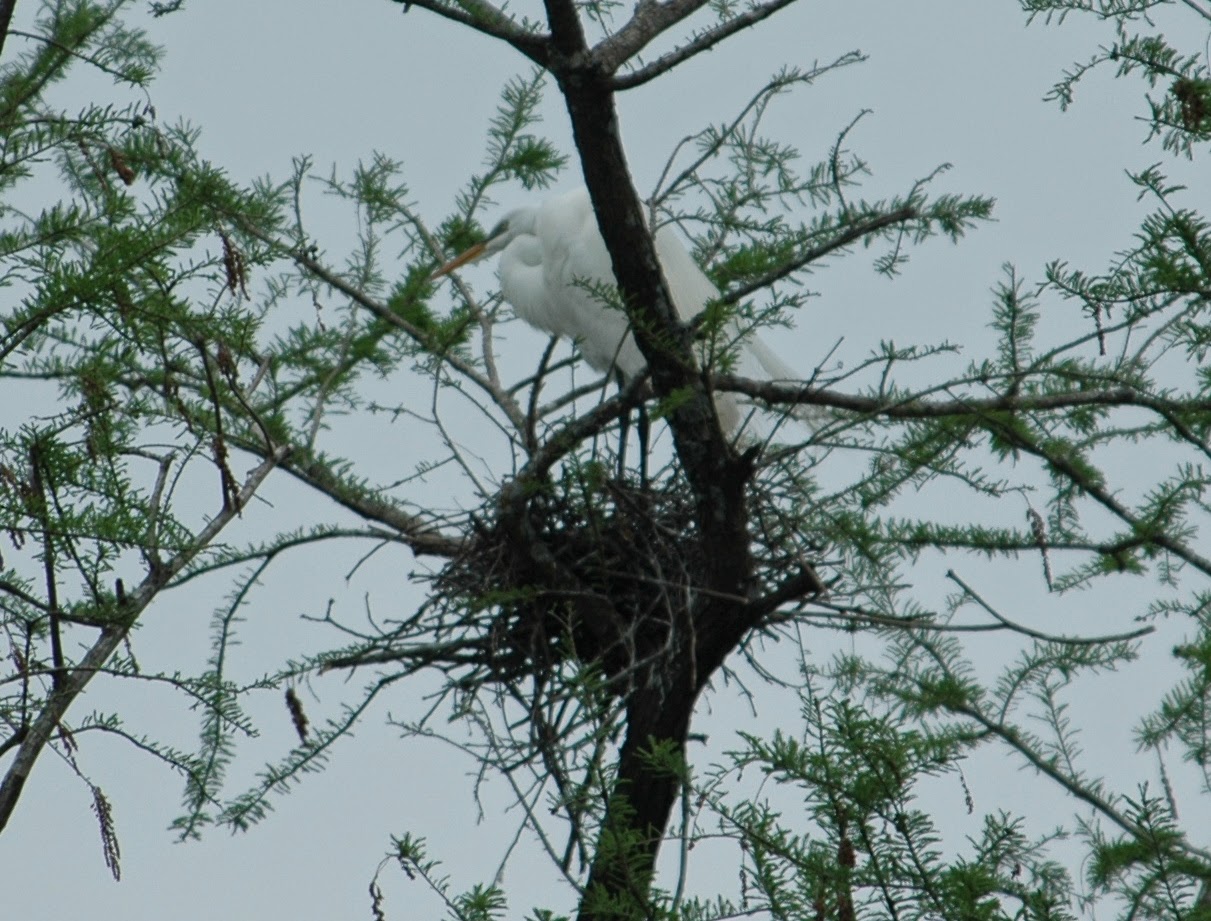 Just before we reached the lower falls, a vulture put on a show for us. 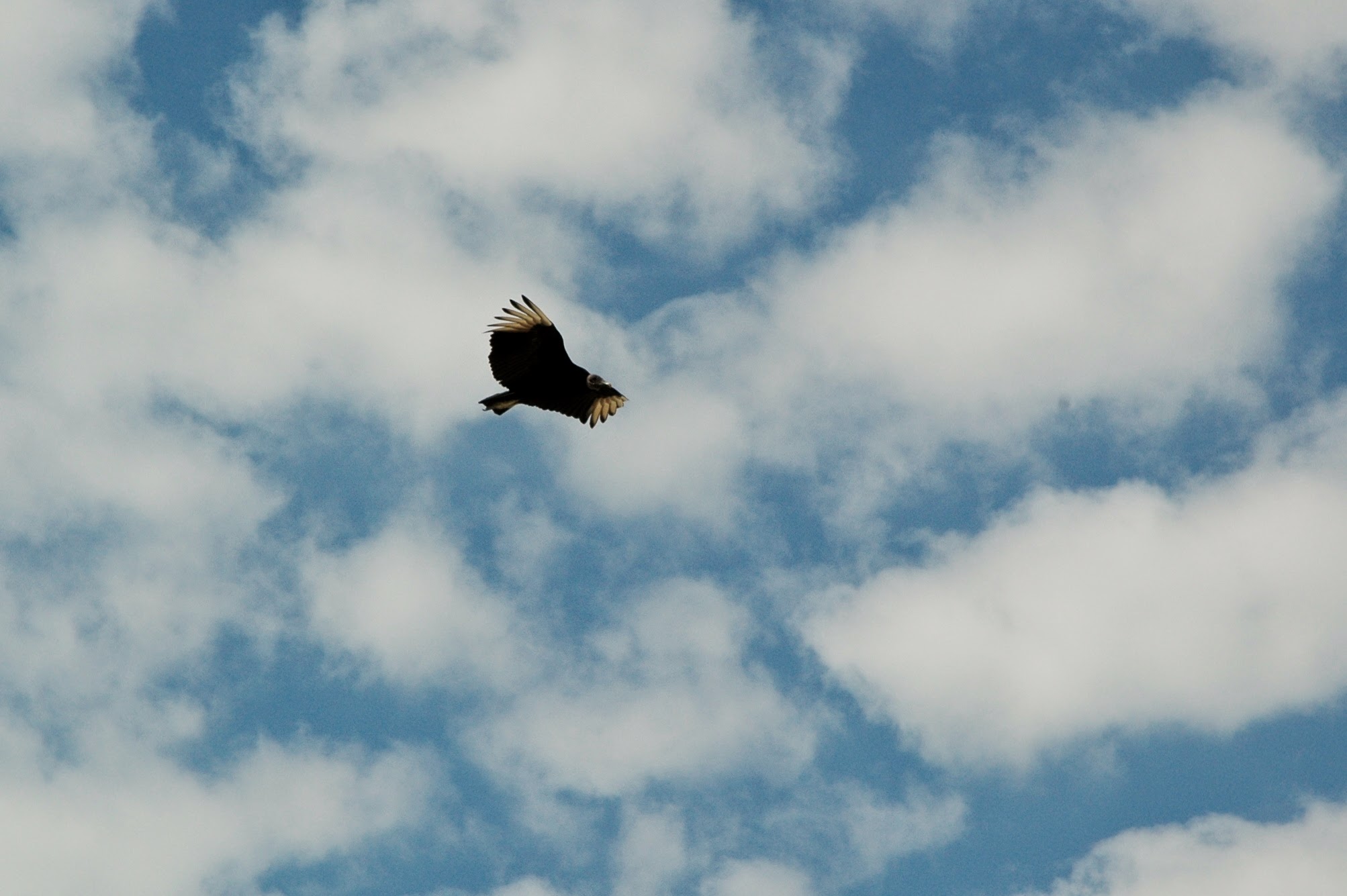 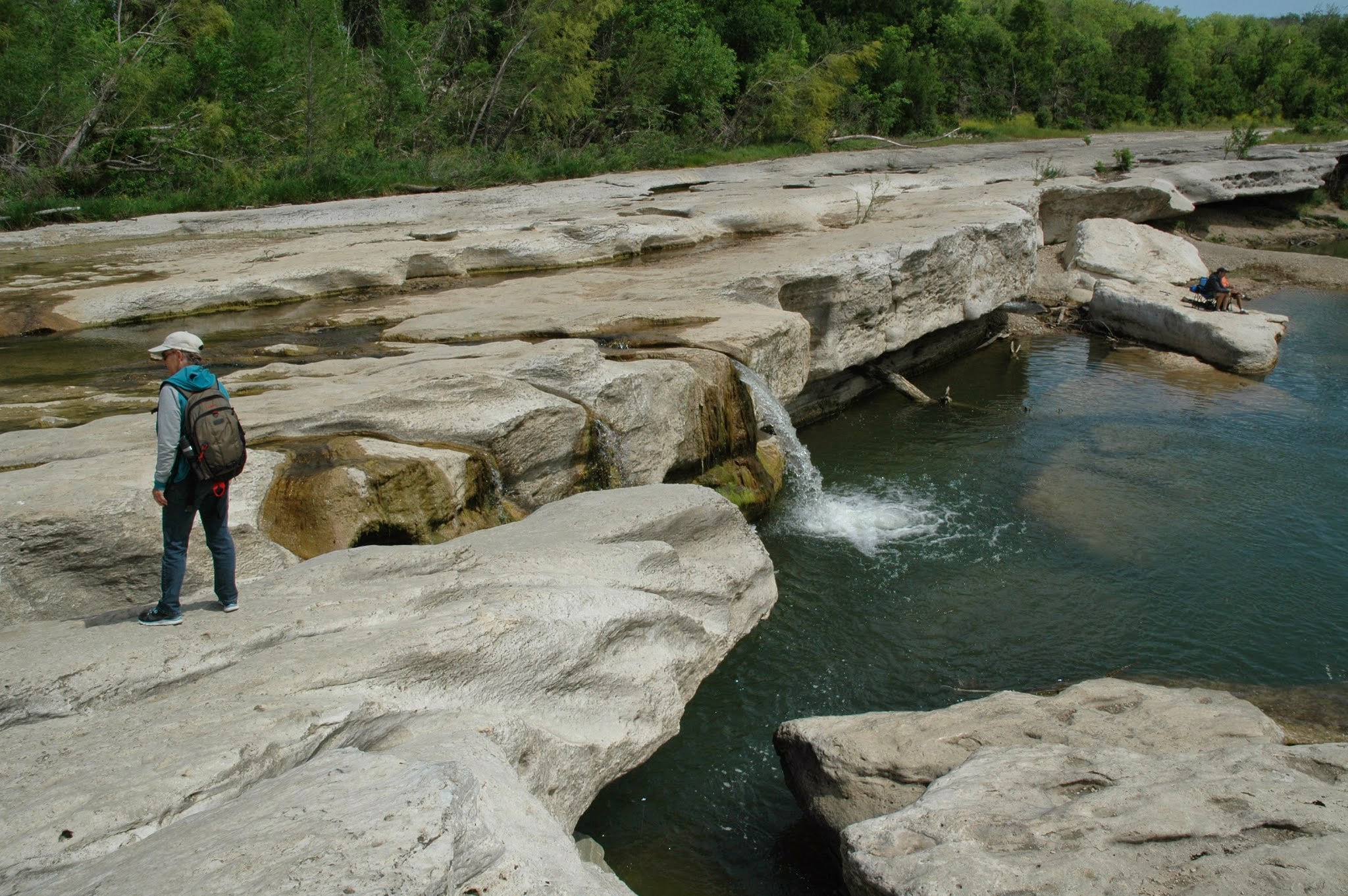 Our last day here we found an Antique Auto show to go to and spent the afternoon roaming among the thousands of hot rods and antique cars.  The numbers were astounding.  The cars amazing.  It brought Mr. Cook right back to his youth in California where hot rods were king. 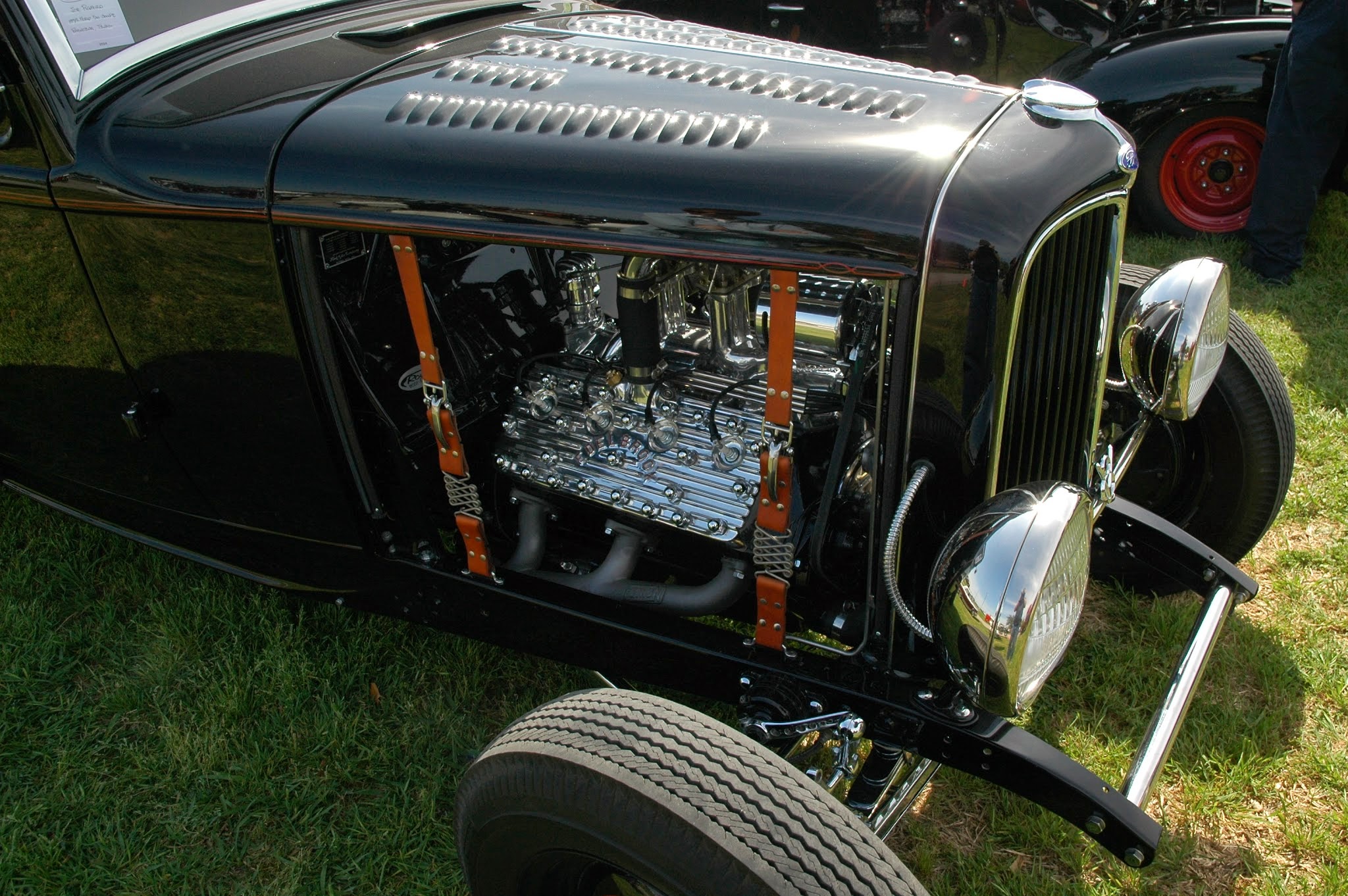 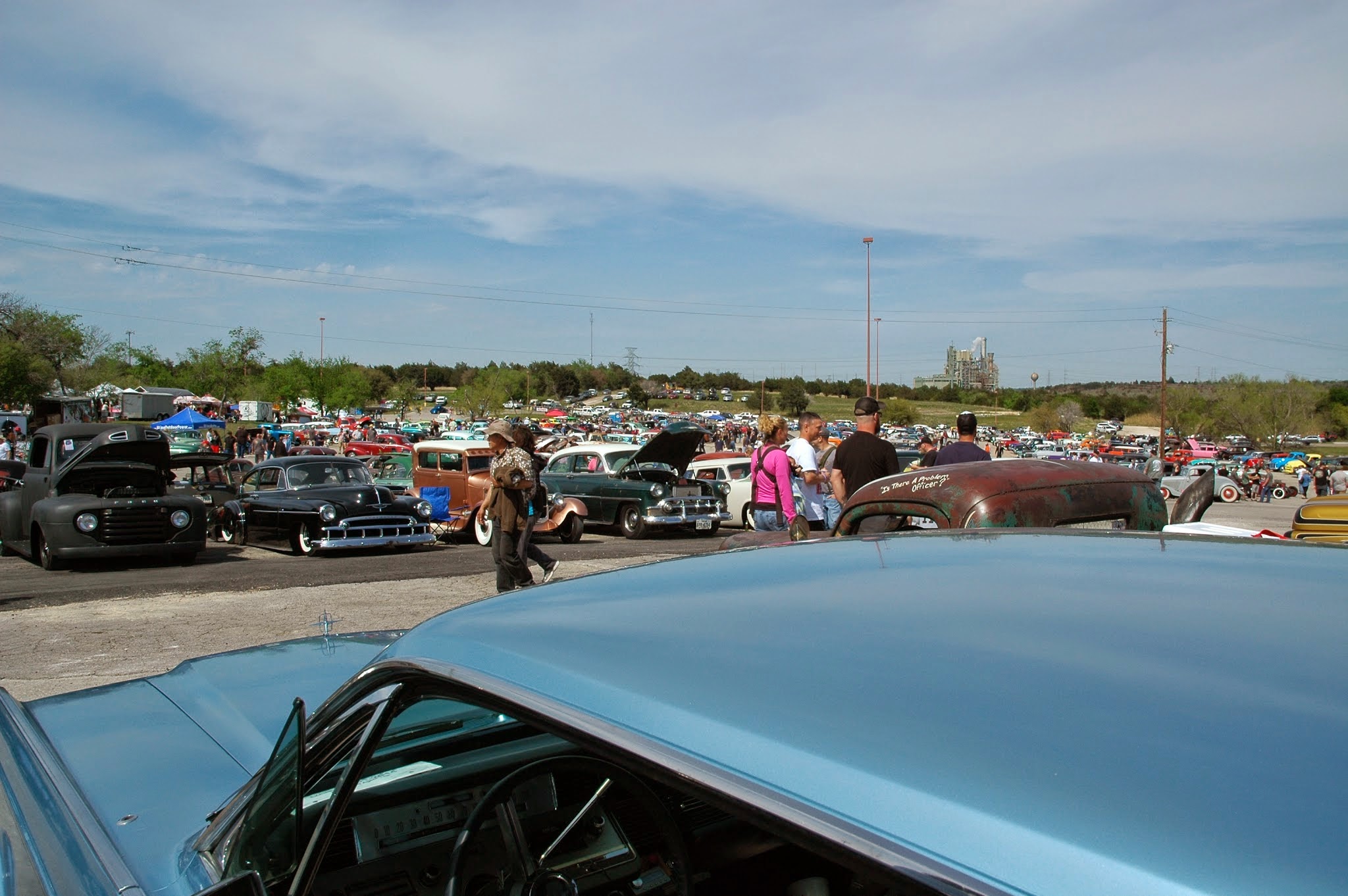 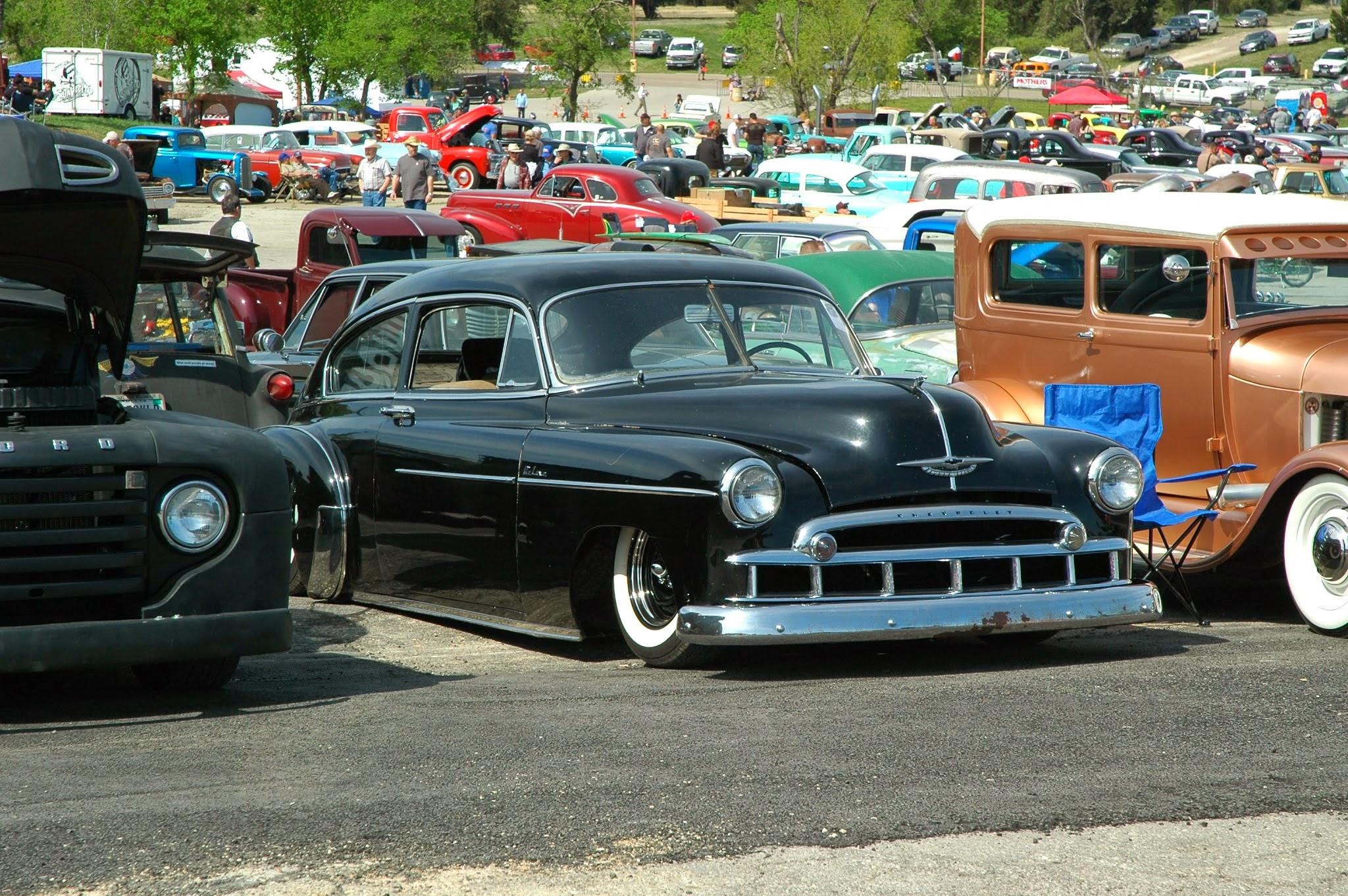 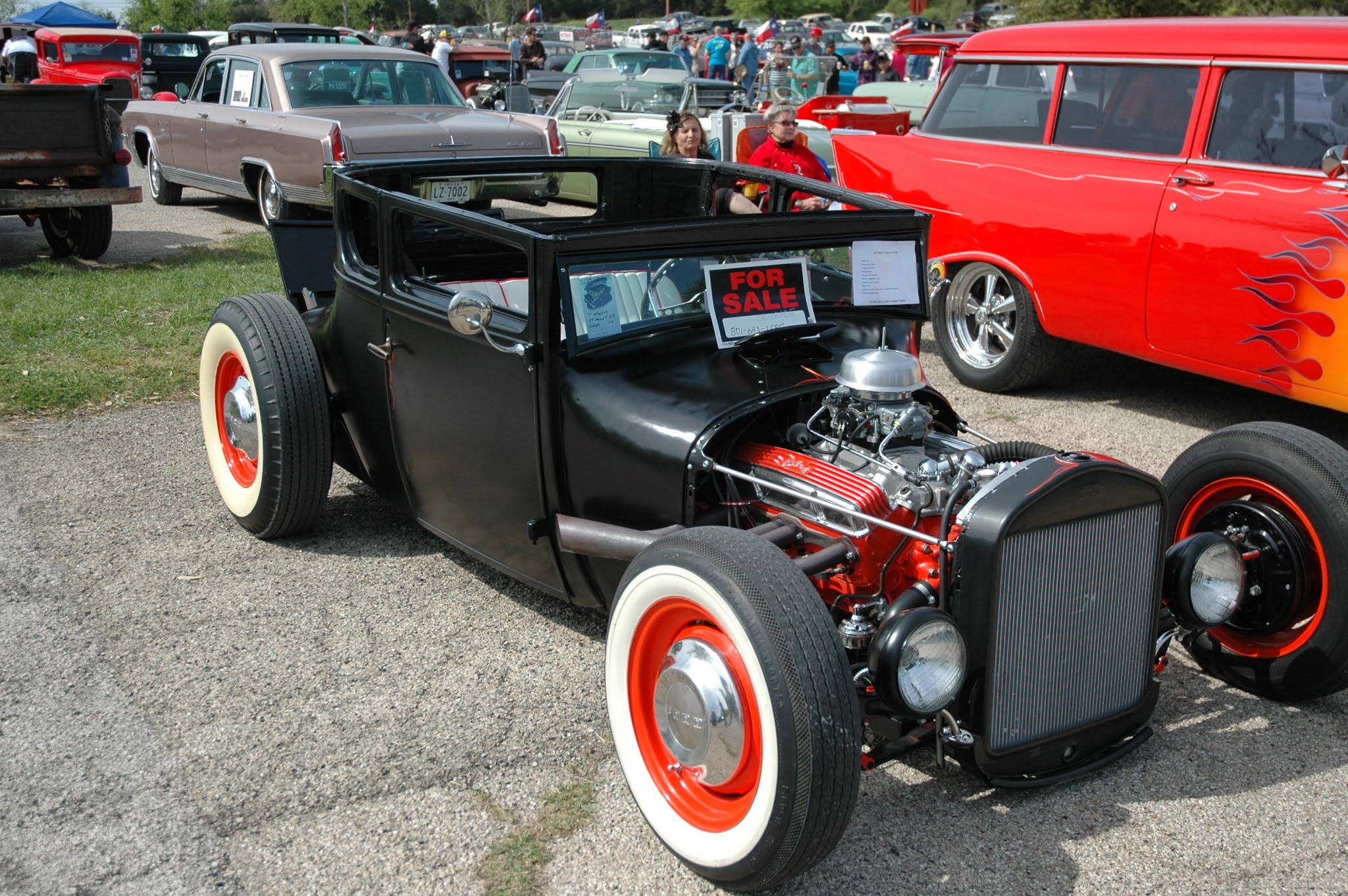 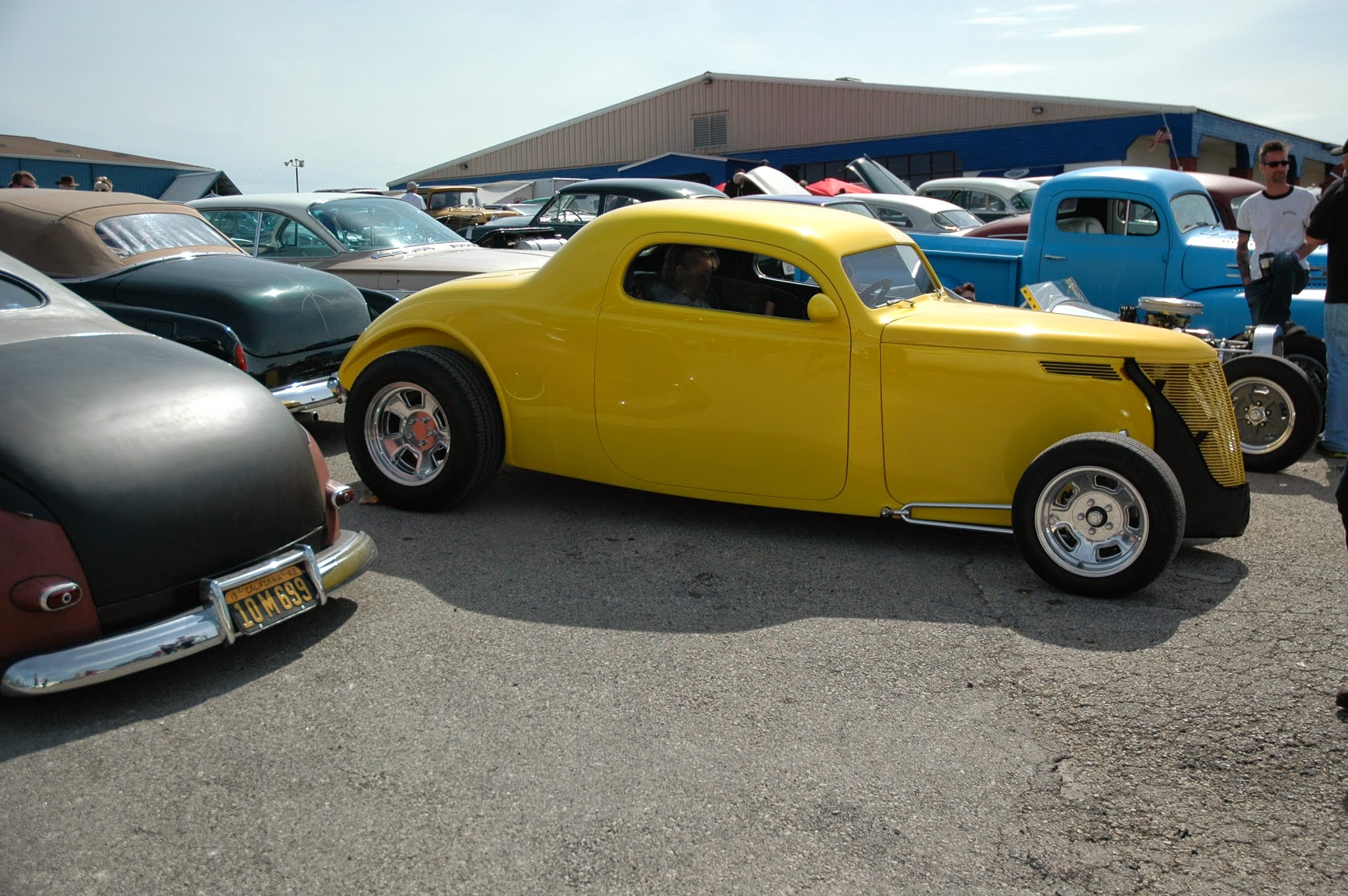 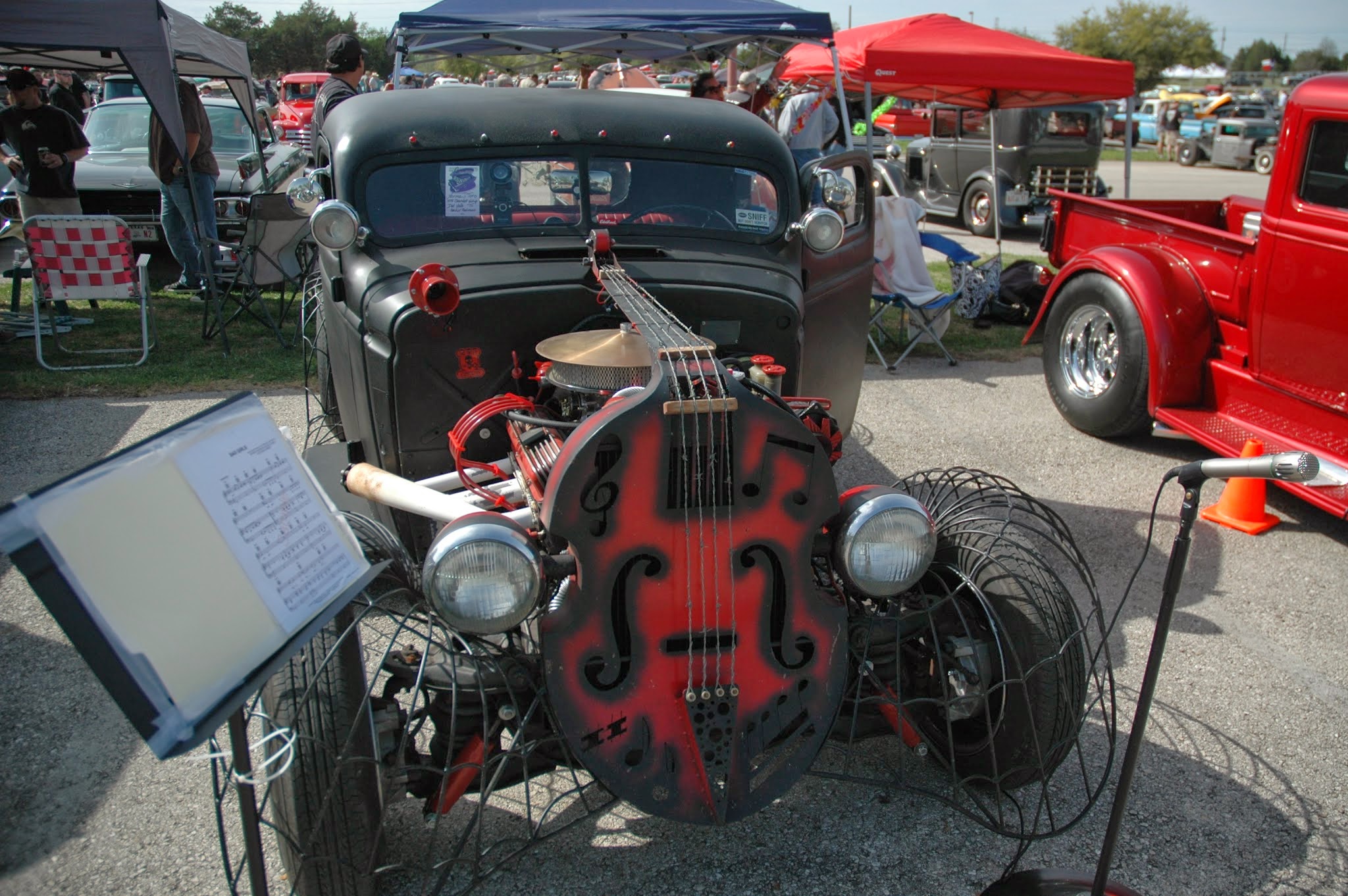 Here's one for you James!

We spent days hiking and touring, the nights listening to music around town.  The Central Market is a Whole Foods type store, with the the addition of a full cafe, indoor outdoor seating and an endless variety of free music every night.  Great place to get three things done at the same place; supper, groceries, entertainment.  Had a video, but couldn't get the sound to play.  Guess you will have to use your imagination.


Gurero's Patio, on Congress Street, also features outdoor free music nightly.  The tip jar is passed, and the bands change every night.  Thursday night's band was a sort of pick up band with members who all played with different groups but were free tonight.  They did a mix of blues, rock and roll, and jazz.  Wonderful 70 degree evening outside, but no pictures.  Got to do better.  Can't wait to return to Austin again next year.
Posted by cooktravelogue2007-8.blogspot.com at 10:32 PM