We arrived in Joshua Tree National Park about the same time the weather began to moderate. Driving from Blythe, California put us at the southern entrance to the park just before noon and the temperature was warm enough for short sleeves. Hooray!

Joshuah Tree National Park encompasses two separate deserts, The Colorado and the Mohave, each exhibiting a different array of plant life. At the lower elevation, the entrance road winds through a part of the Sonora Desert. Before reaching the Cottonwood Visitors Center there was a short nature walk with labeled plants common in the Sonora desert that is located at this lower altitude. It had rained recently and with the warmer temperatures most plants here were in bloom. This walk really perked up my spirits.

Whenever we have seen the ocotello (sp?) in the past it always looked like a bundle of brittle sticks standing straight up from a central clump. For this visit the plant put on its best show with tiny green leaves covering the entire stalk and a brilliant red plume at the tip. 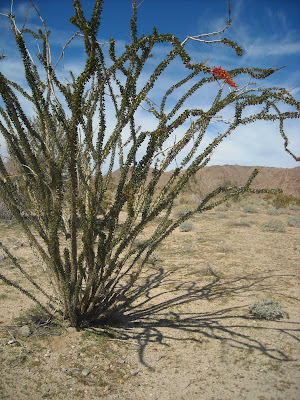 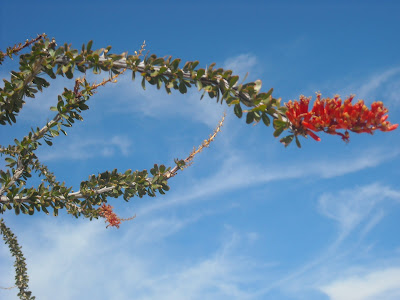 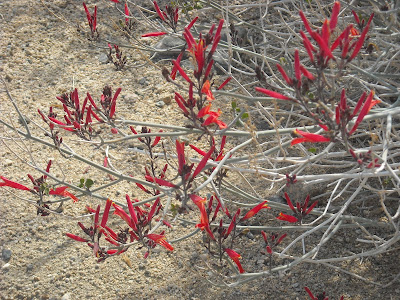 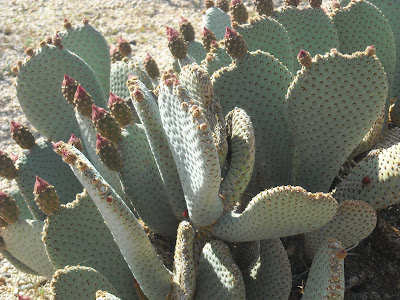 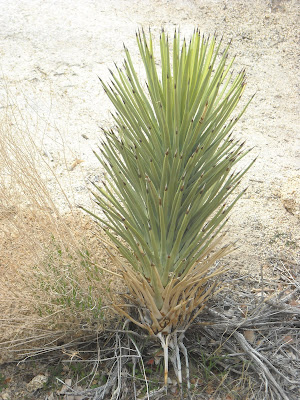 This is a baby Joshua tree. They only grow about one inch per year.


The drive through the center of the park continues to increase in elevation and changes in plant life. Either because of lower temperatures or less rain, any flowering was harder to pick out unless you looked very closely.
At the first visitors center we checked out a list of ranger led walks and arrived early for a hike to the Baker dam. This dam was build by the Keyes family when they homesteaded here in the 30's. They operated one of the gold and silver mines in the area, kept some cattle, and nurtured a small orchard.
Our Ranger guide made the walk interesting by pointing out different animal scat and quizzing us as to which animal had deposited it in our path based on its contents. 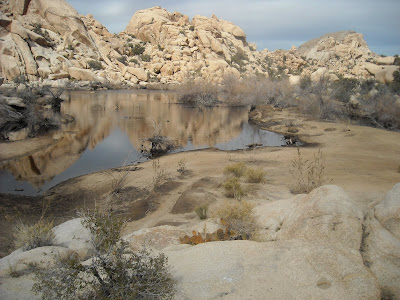 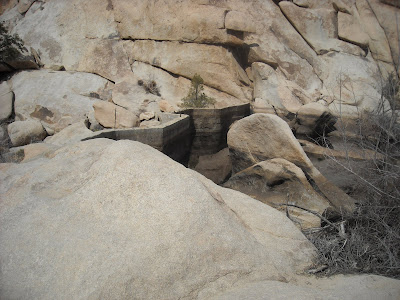 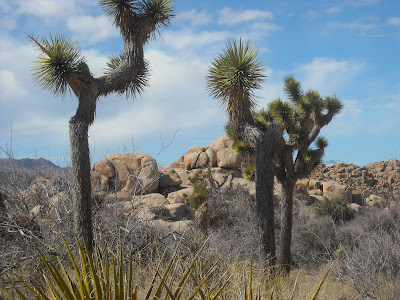 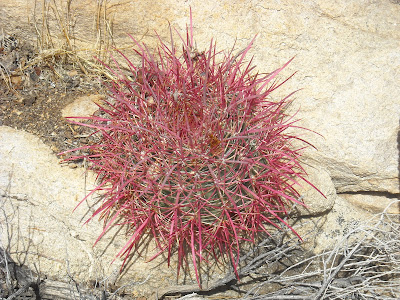 A barrel cactus in bloom 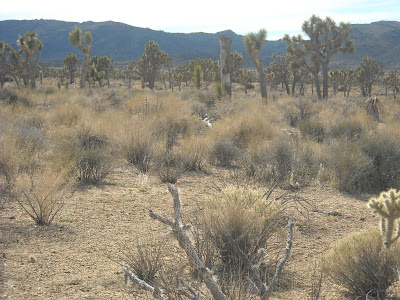 We also took a ranger hike to the remains of a different homestead. The Ryan ranch was a more prosperous endeavor. This family worked a gold and silver mine that was the most productive in the area. Some figures suggest it made about five million dollars in today's money. Not much remains of the adobe house but it had a beautiful view from where it sat. 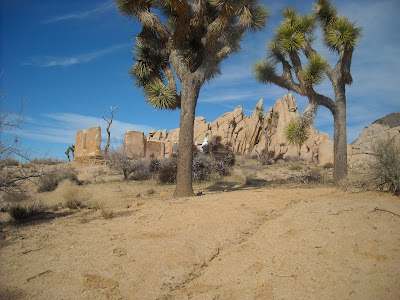 The remains of the Ryan ranch.
After leaving Joshua Tree we visited Dick and Joan Andren who were in Venture, CA spending time with their daughter, son-in-law, and granddaughter. 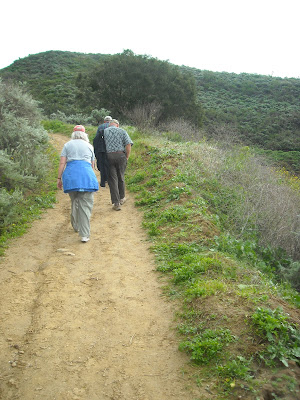 Hiking in the Venture hills. Great trails in a spacious city park 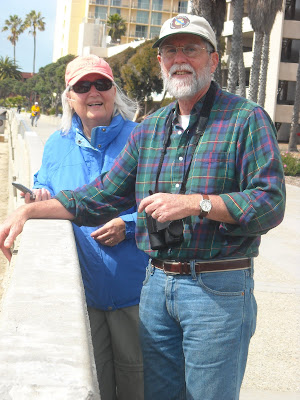 Dick and Joan walking along the beach front park 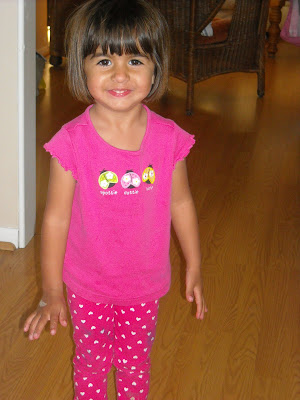 Karina just turned three. We had a fun visit with her and her parents. 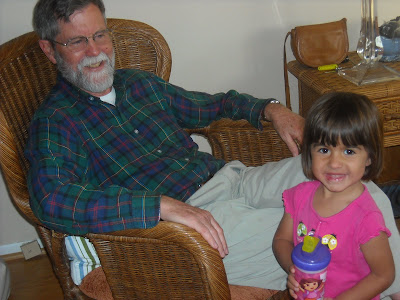 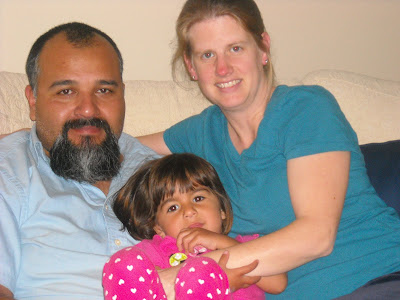 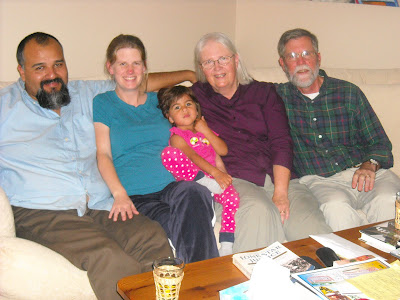 The Andren and Perez families 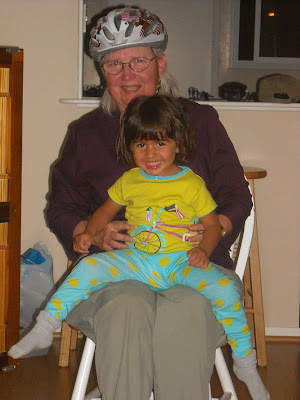 Gramme and Karina on a virtual bicycle tour. Grandparenting is the best part of aging. We spent two days with the Andrens and they thanked us for bringing some warmer weather. It has been cool here for most of their month long visit.